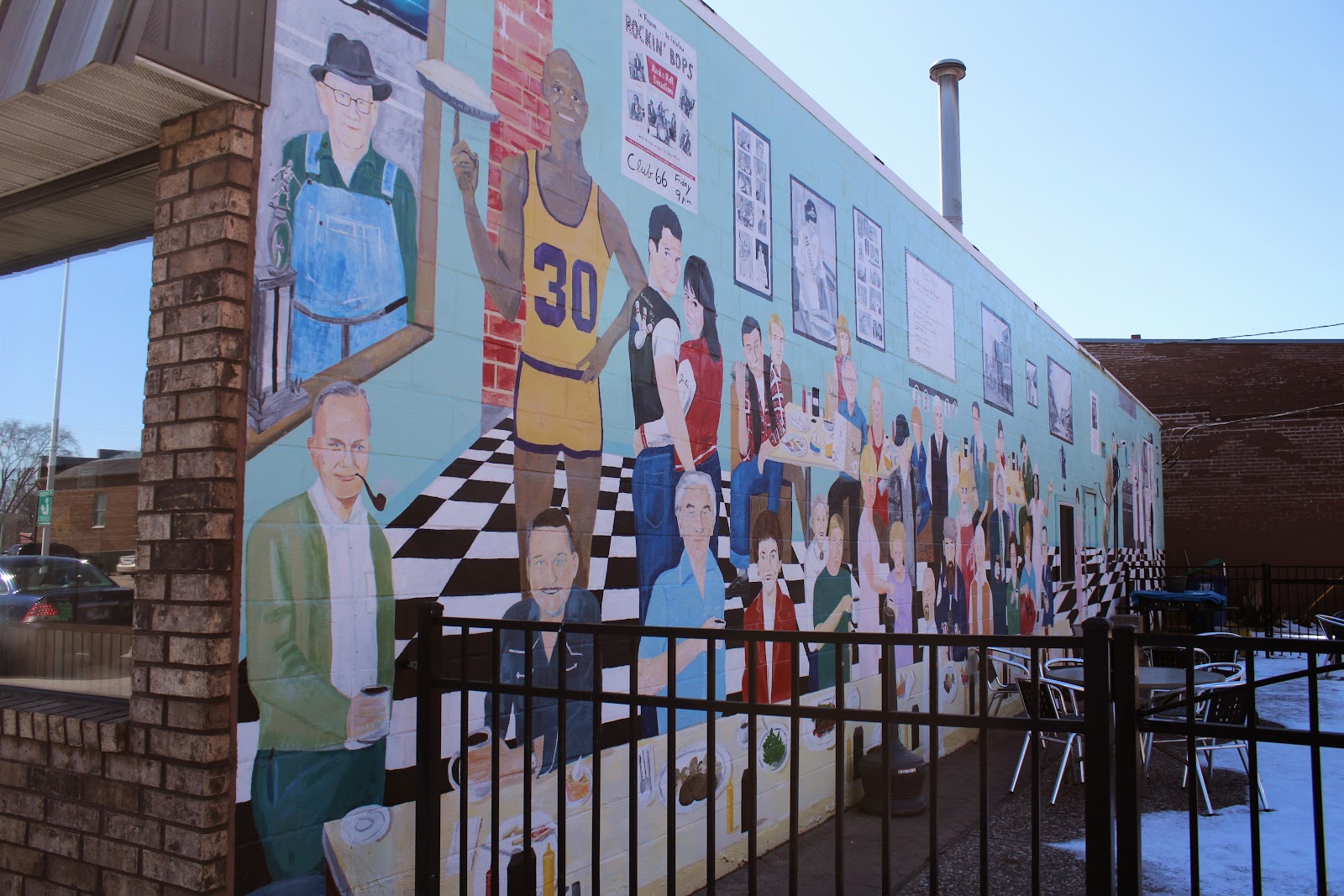 
The mural is located on the southbound 3rd Street, between one-way eastbound Clark Street / Wisconsin Route 66 and one-way westbound Main Street, on the north side of the Cozy Kitchen Restaurant, at 1338 3rd Street, Stevens Point, Wisconsin 54481.

This is the first mural completed in the Stevens Point "Windows to the Past" murals project. It depicts the thousands of "locals" and visitors who have visited over the years to enjoy a home-cooked meal at the Cozy Kitchen. The Cozy Kitchen Restaurant is Stevens Point's oldest established restaurant.

Cozy Kitchen does not have a website, but gets rave reviews on Yelp. 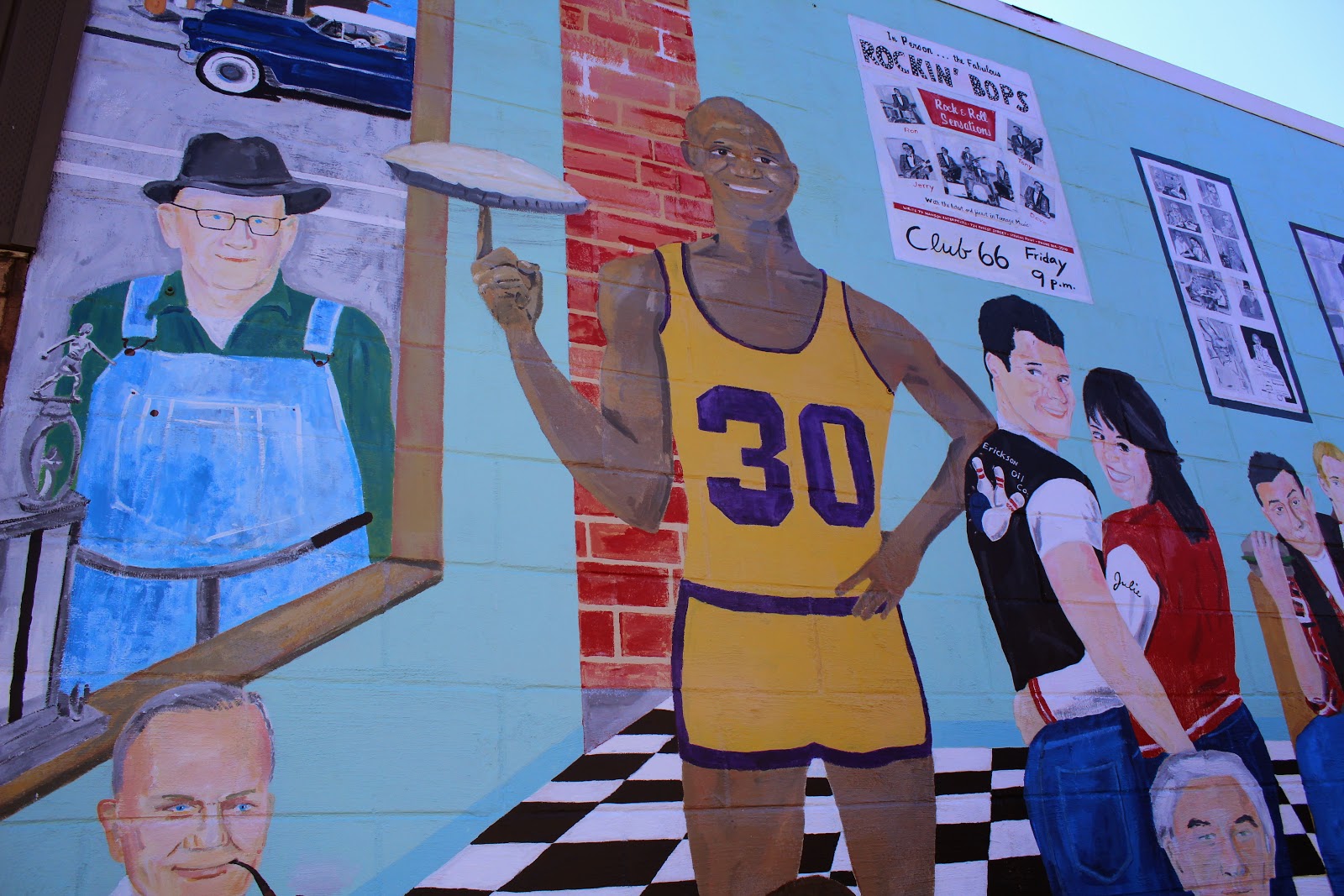 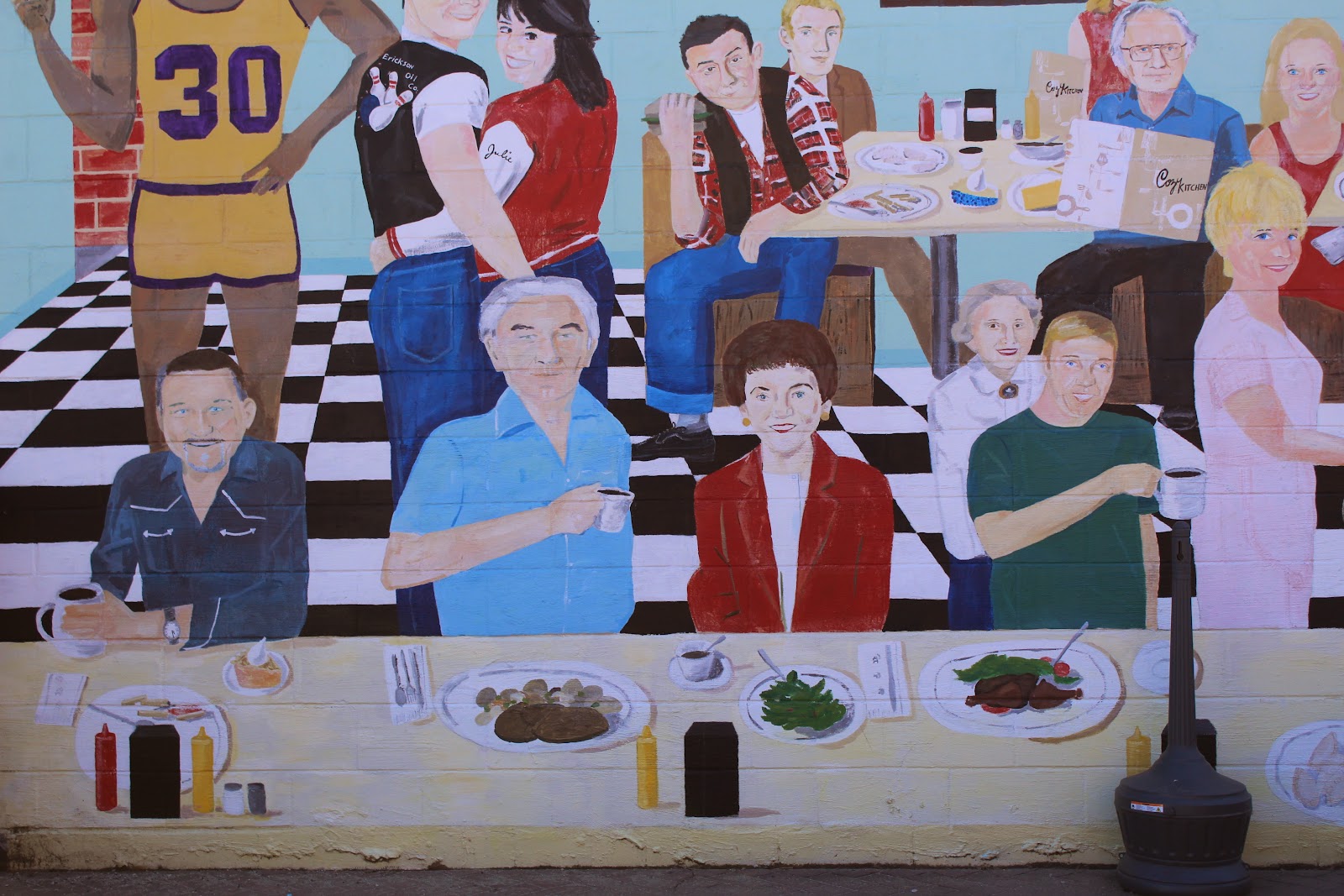 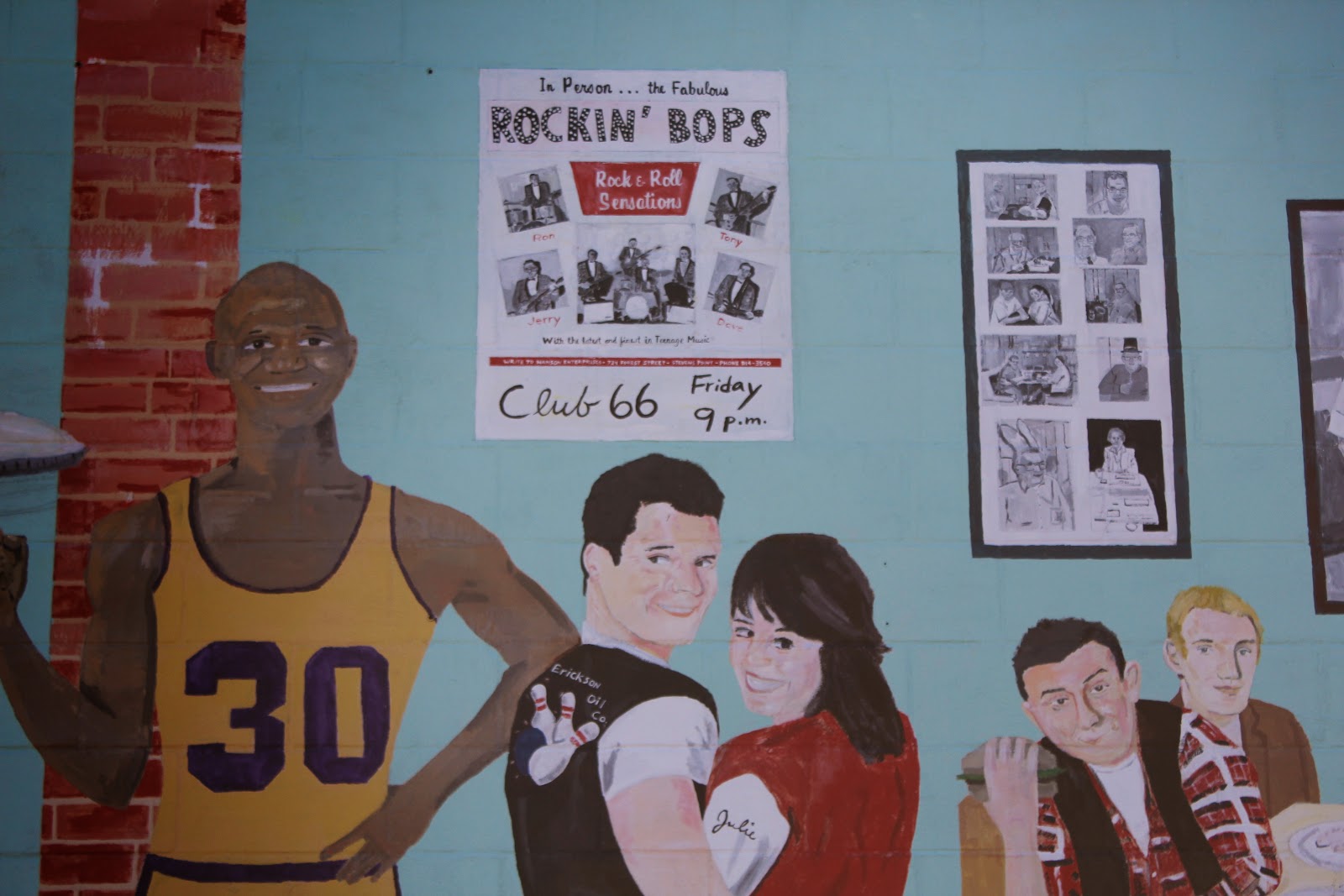 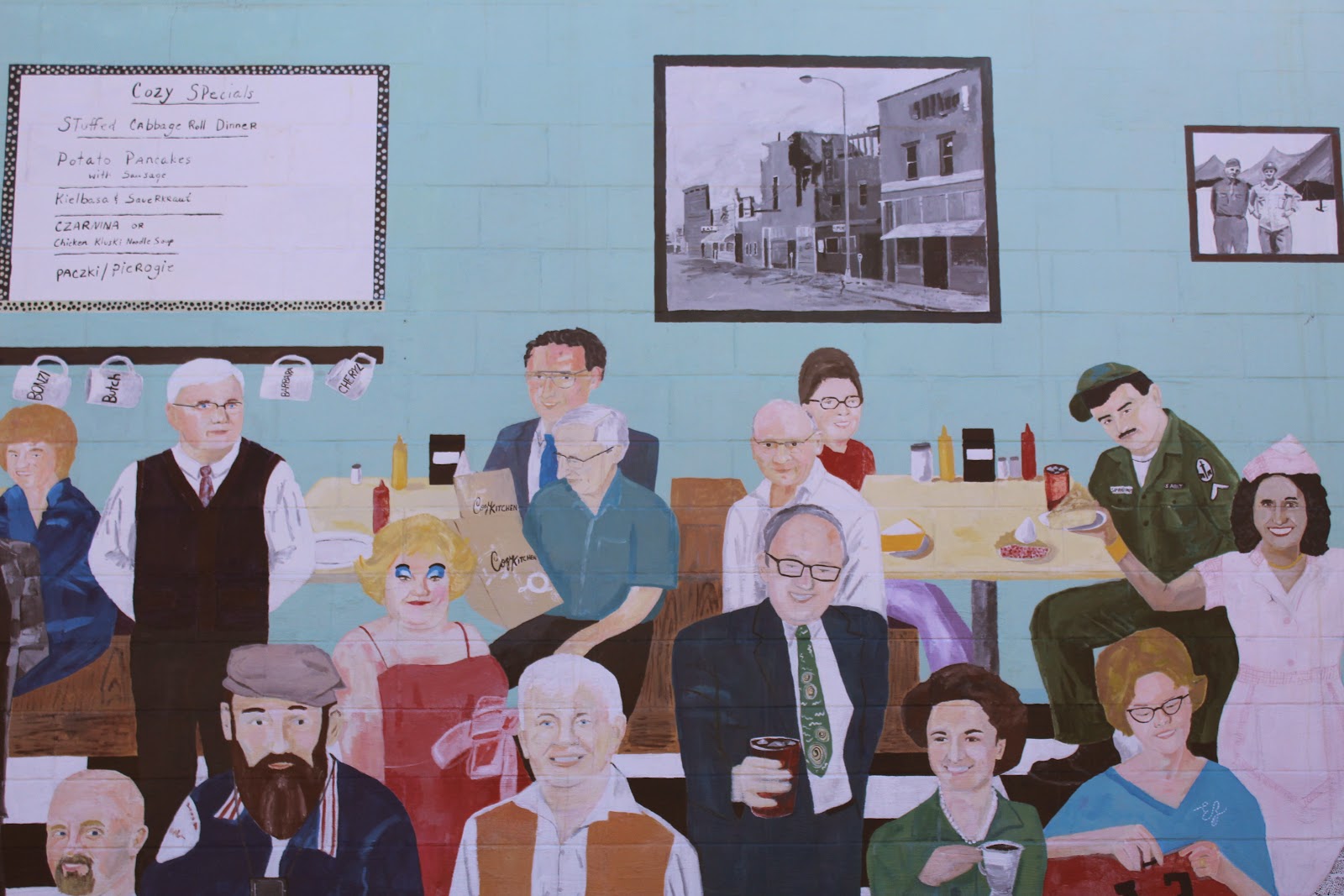 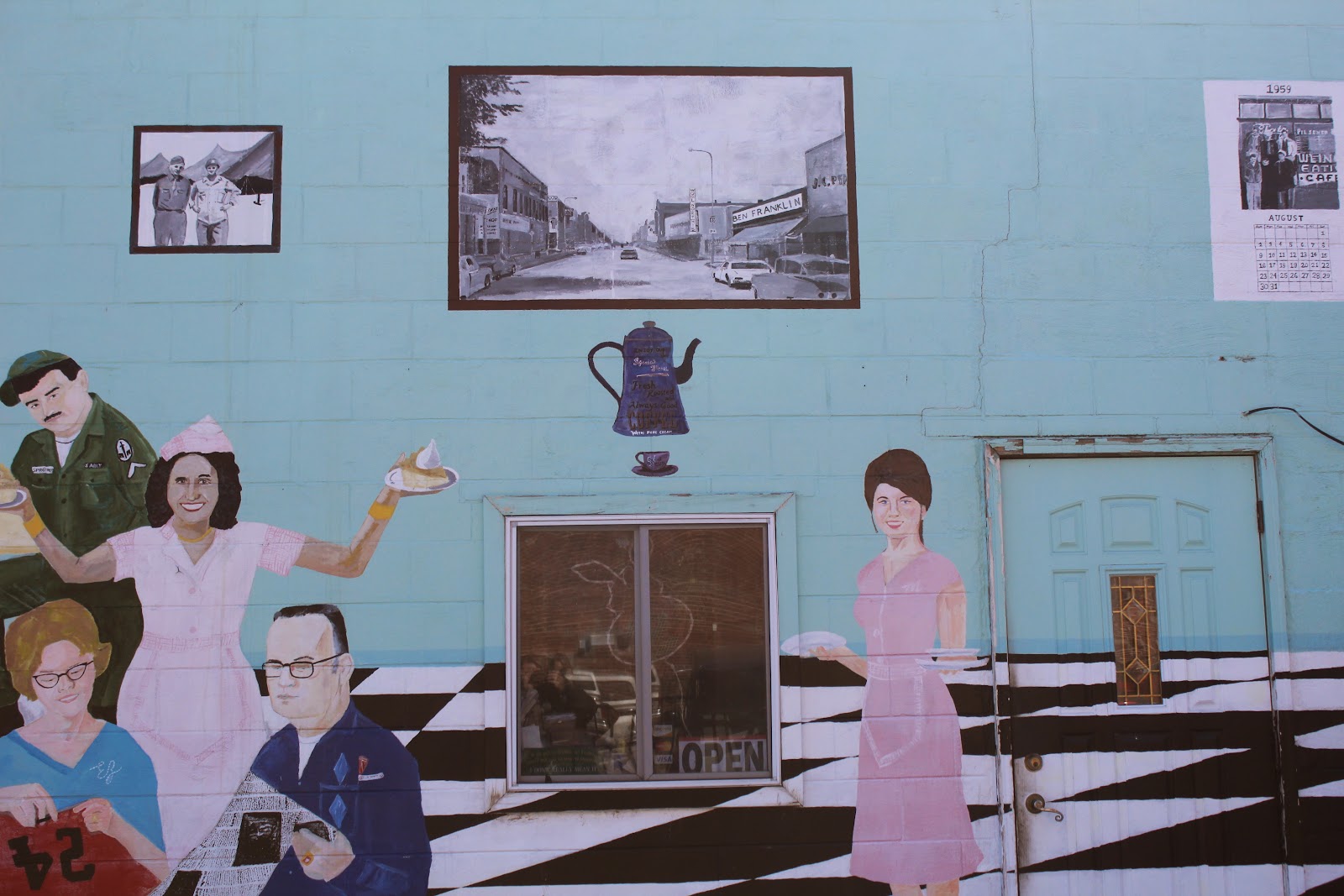 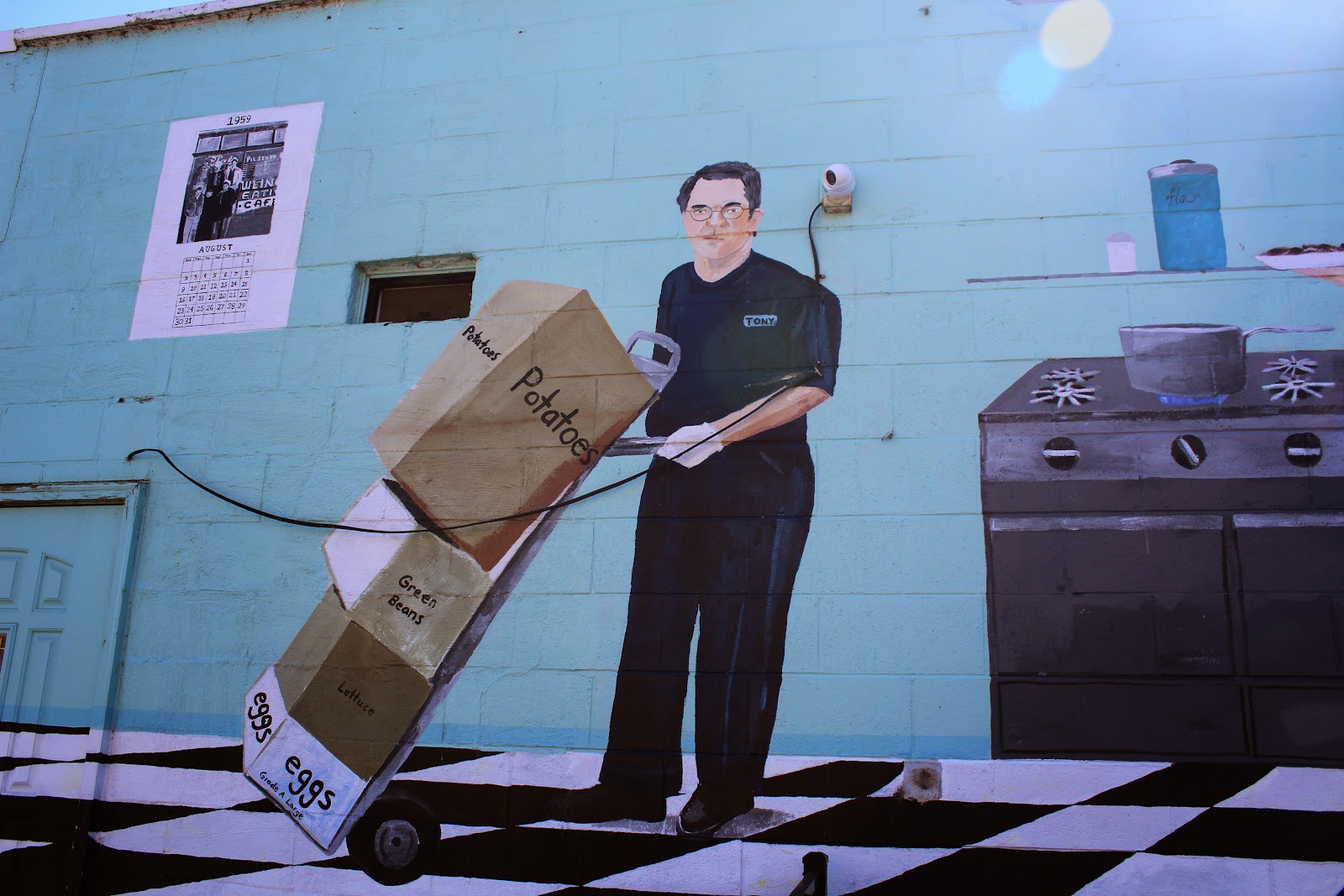 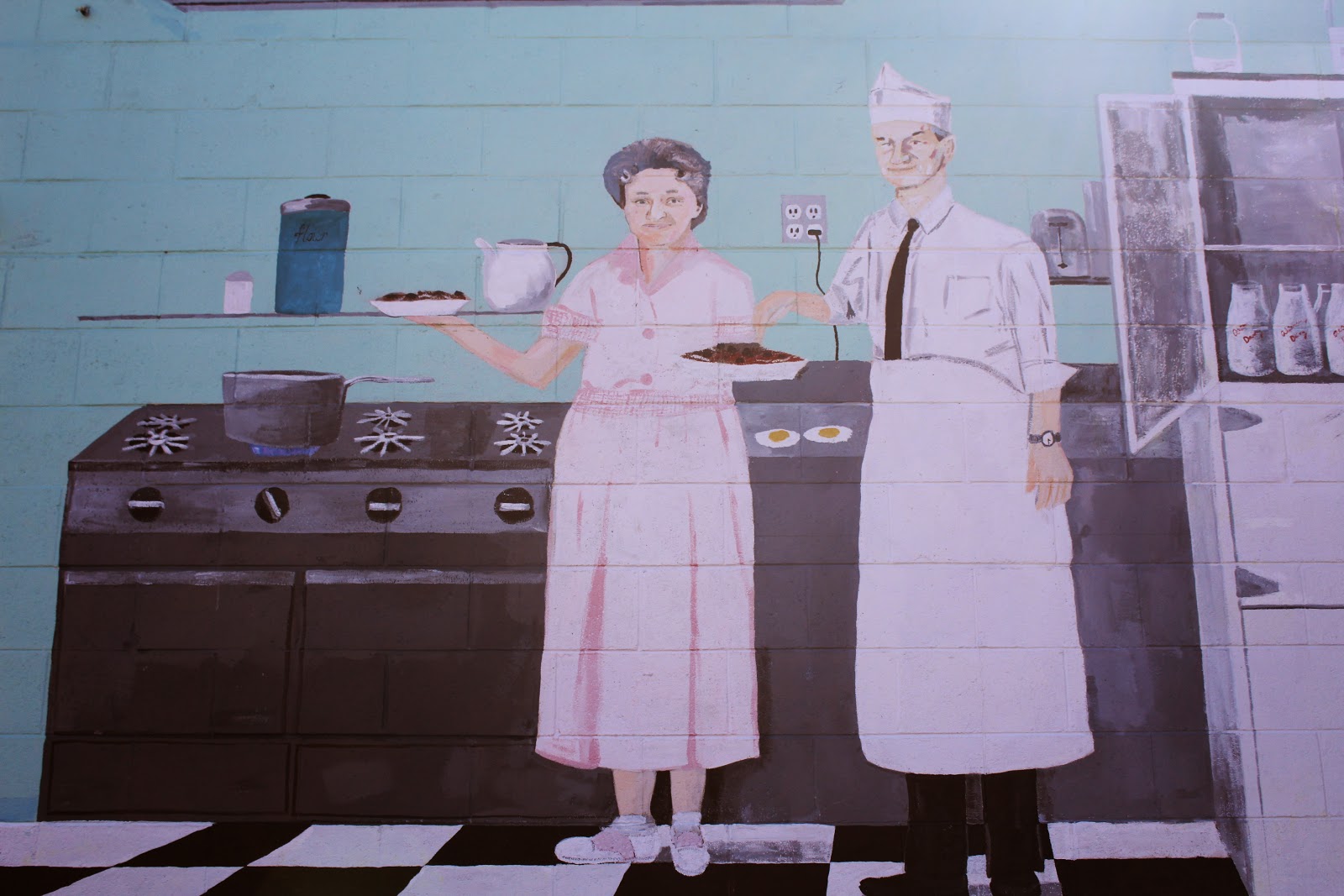 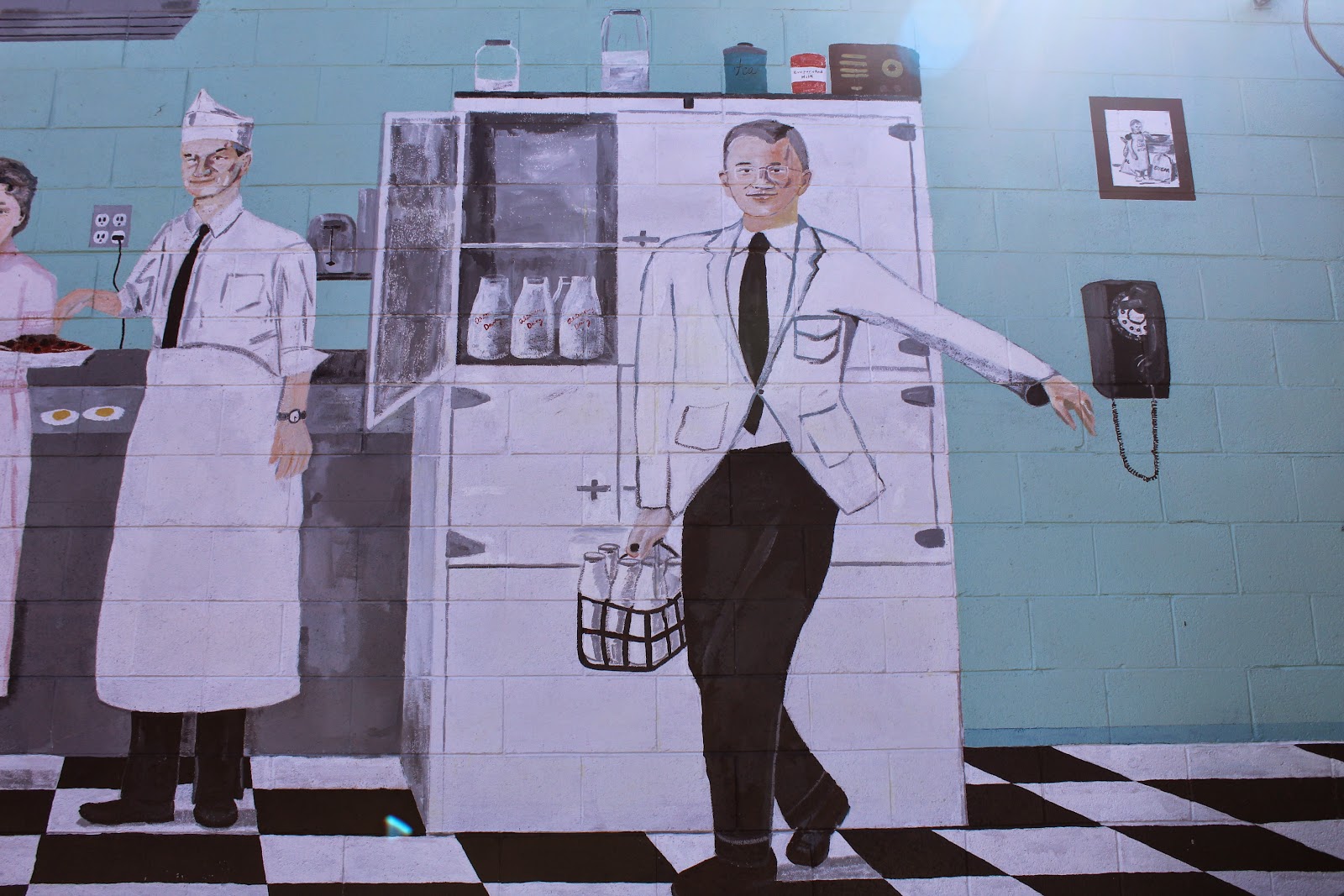 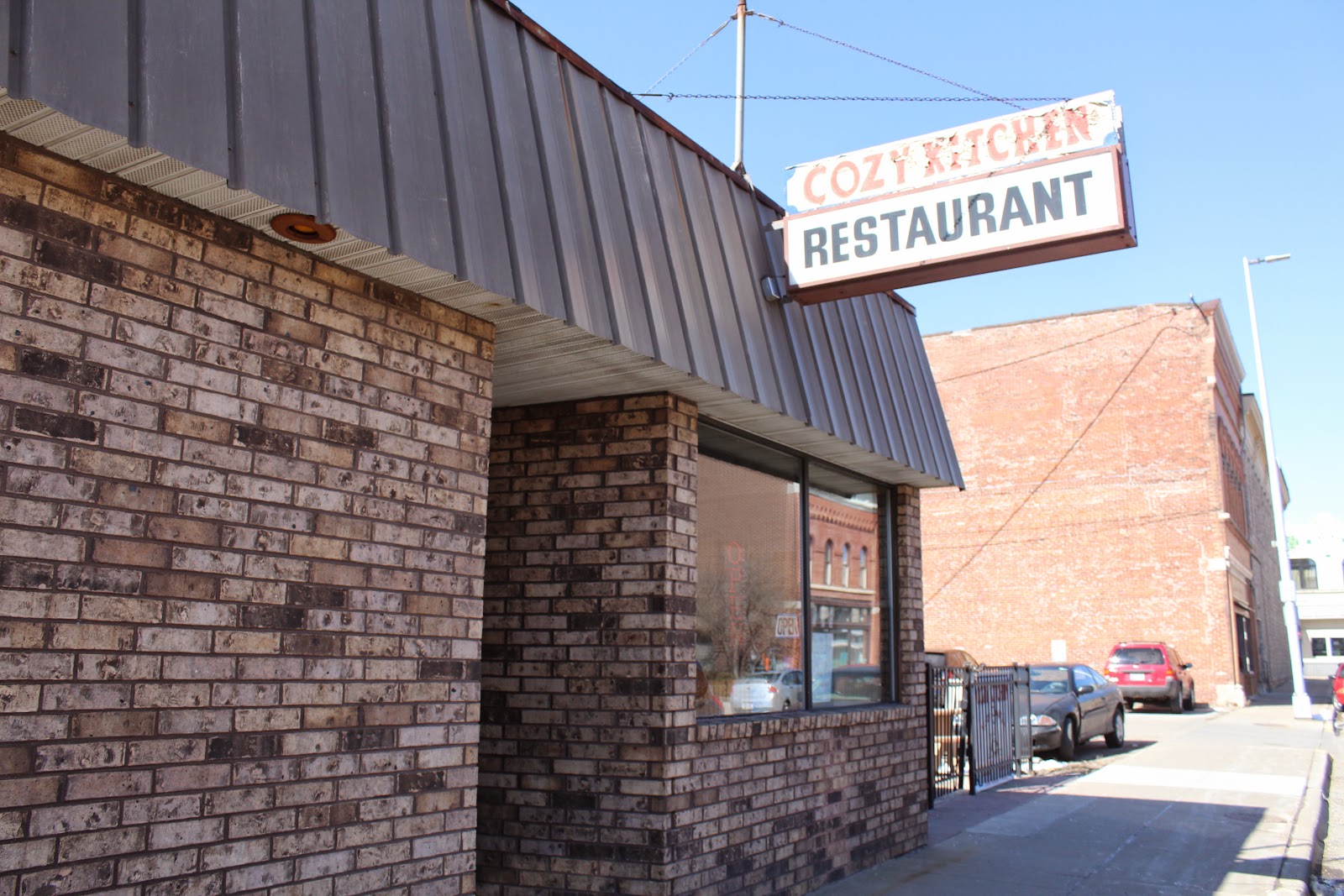 The mural is just around the corner (to the left),
on the north side of the building. 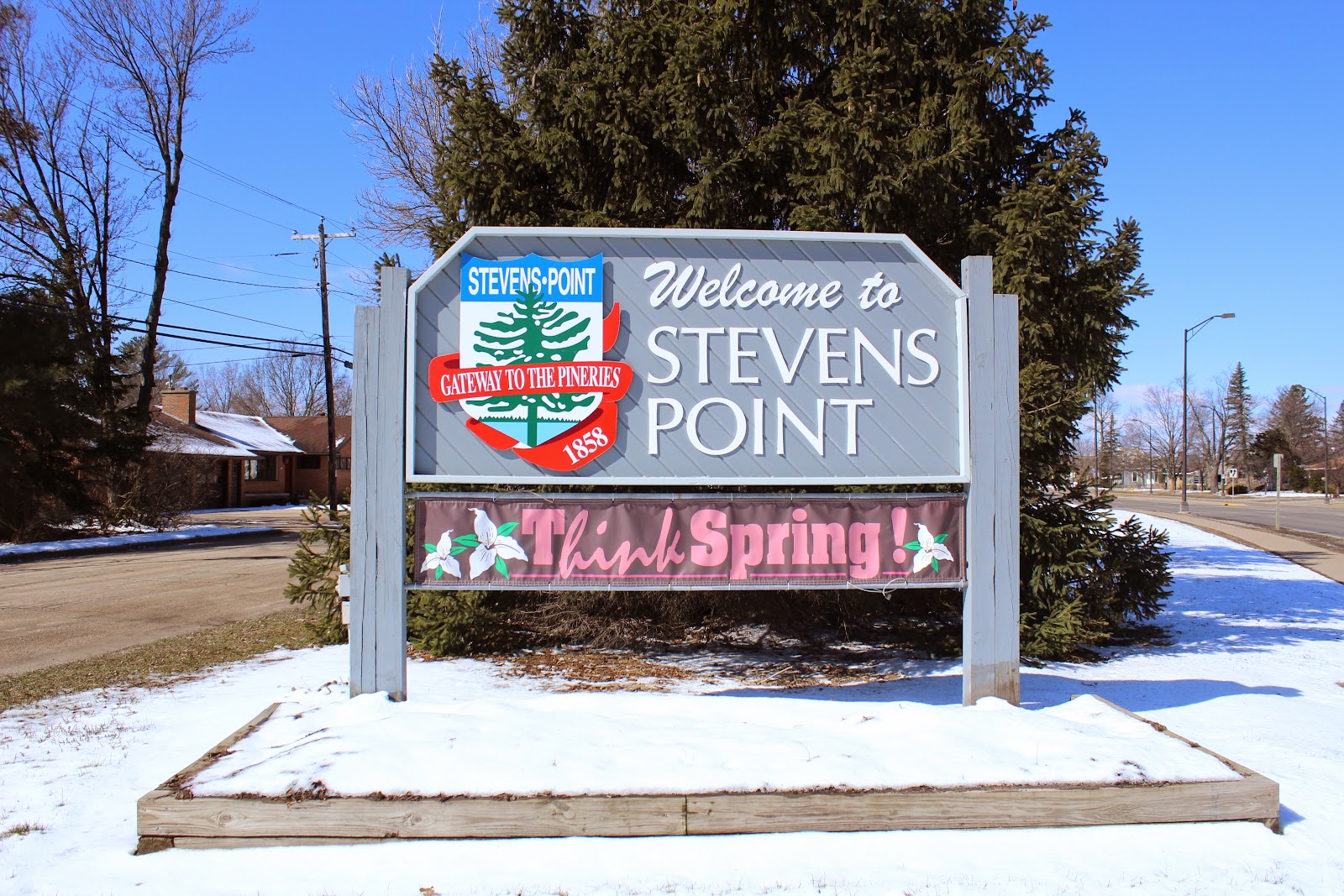 The mural is located in Stevens Point, Wisconsin.