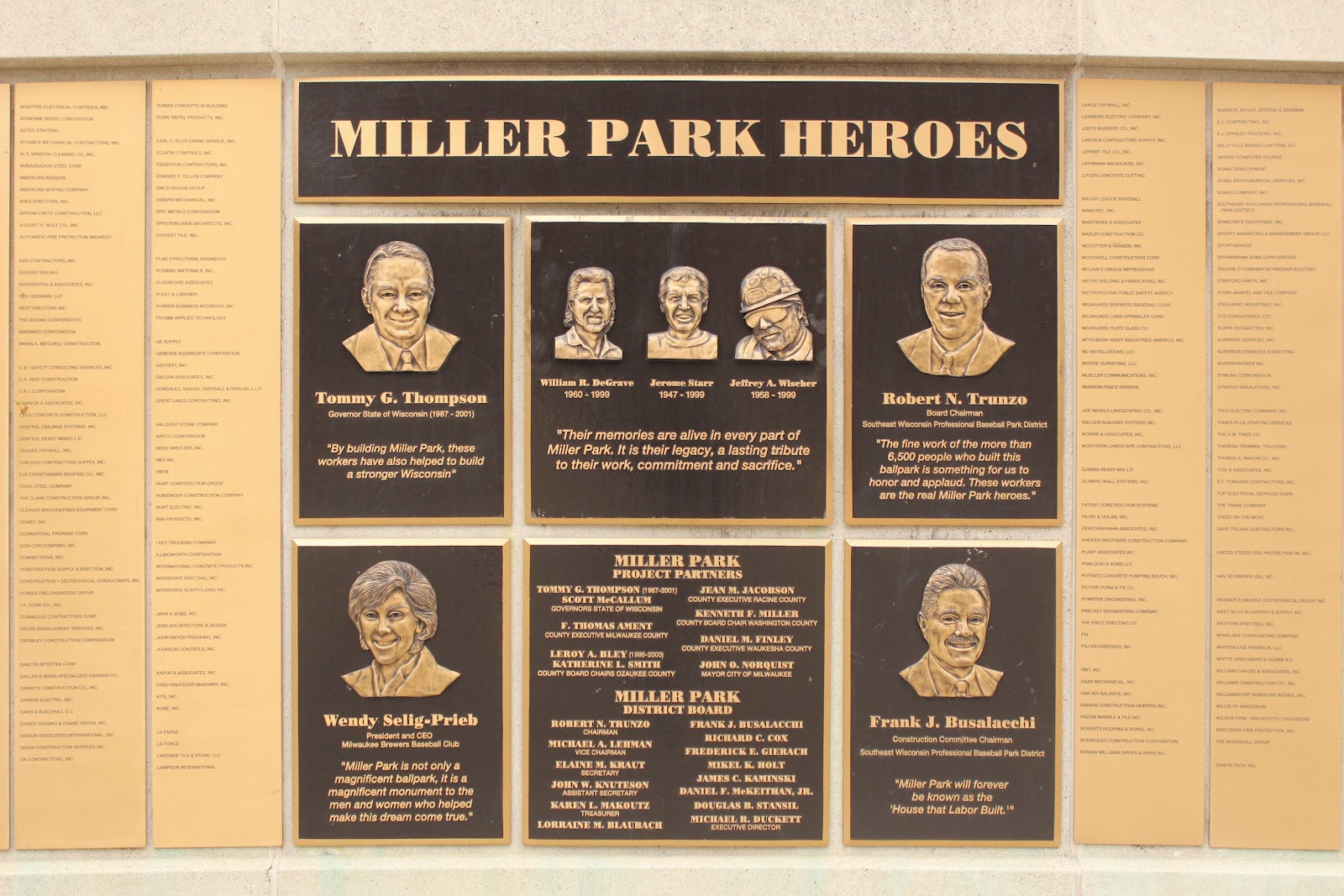 MILLER PARK HEROES
[Scroll down to view individual sections of the monument.]

The monument is located at Miller Park, home of the Milwaukee Brewers. The marker is accessible from westbound Brewers Way, between Frederick Miller Way / Parkway Drive (to the west) and Selig Drive (to the east), at 1 Brewers Way, Milwaukee, Wisconsin 53214. 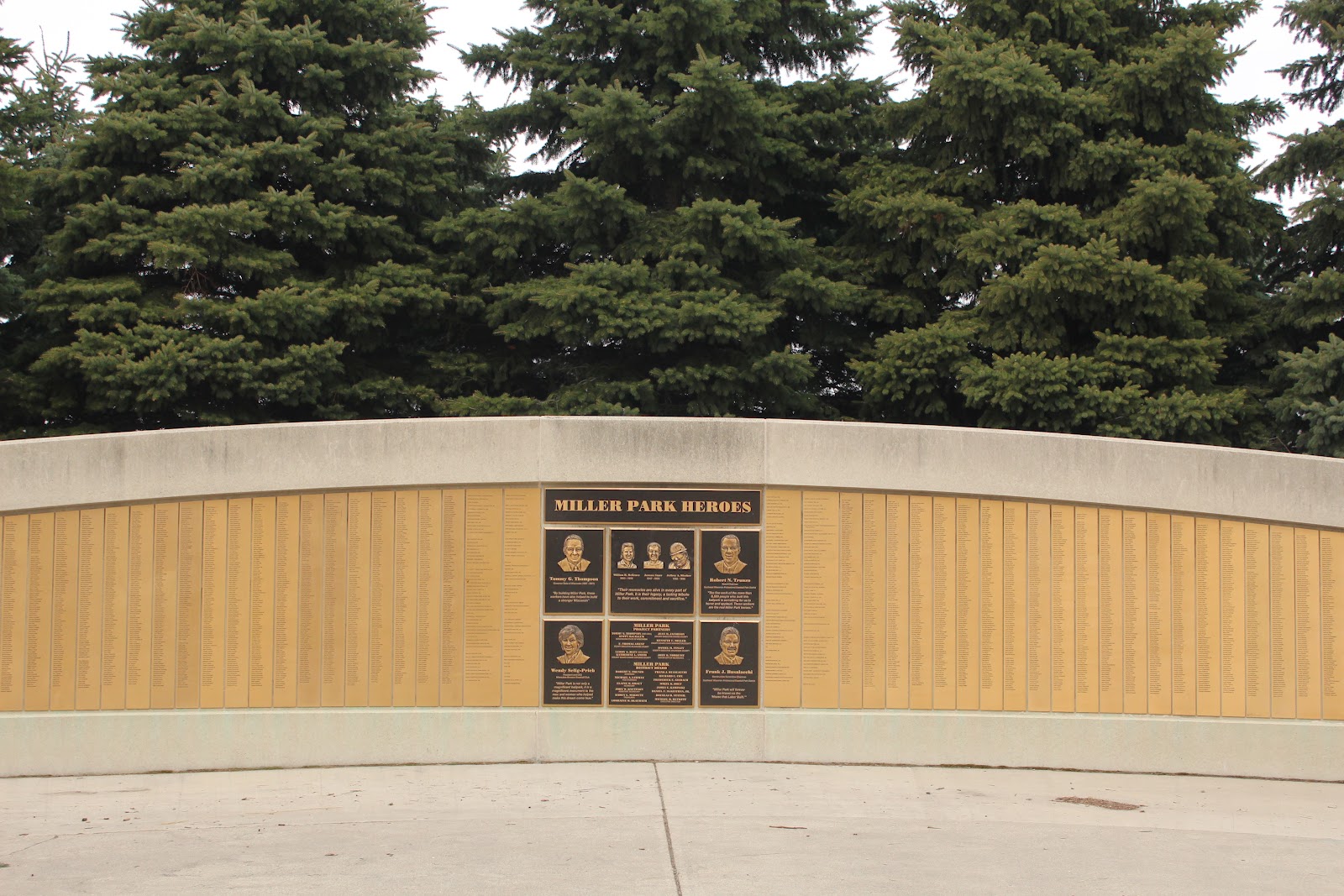 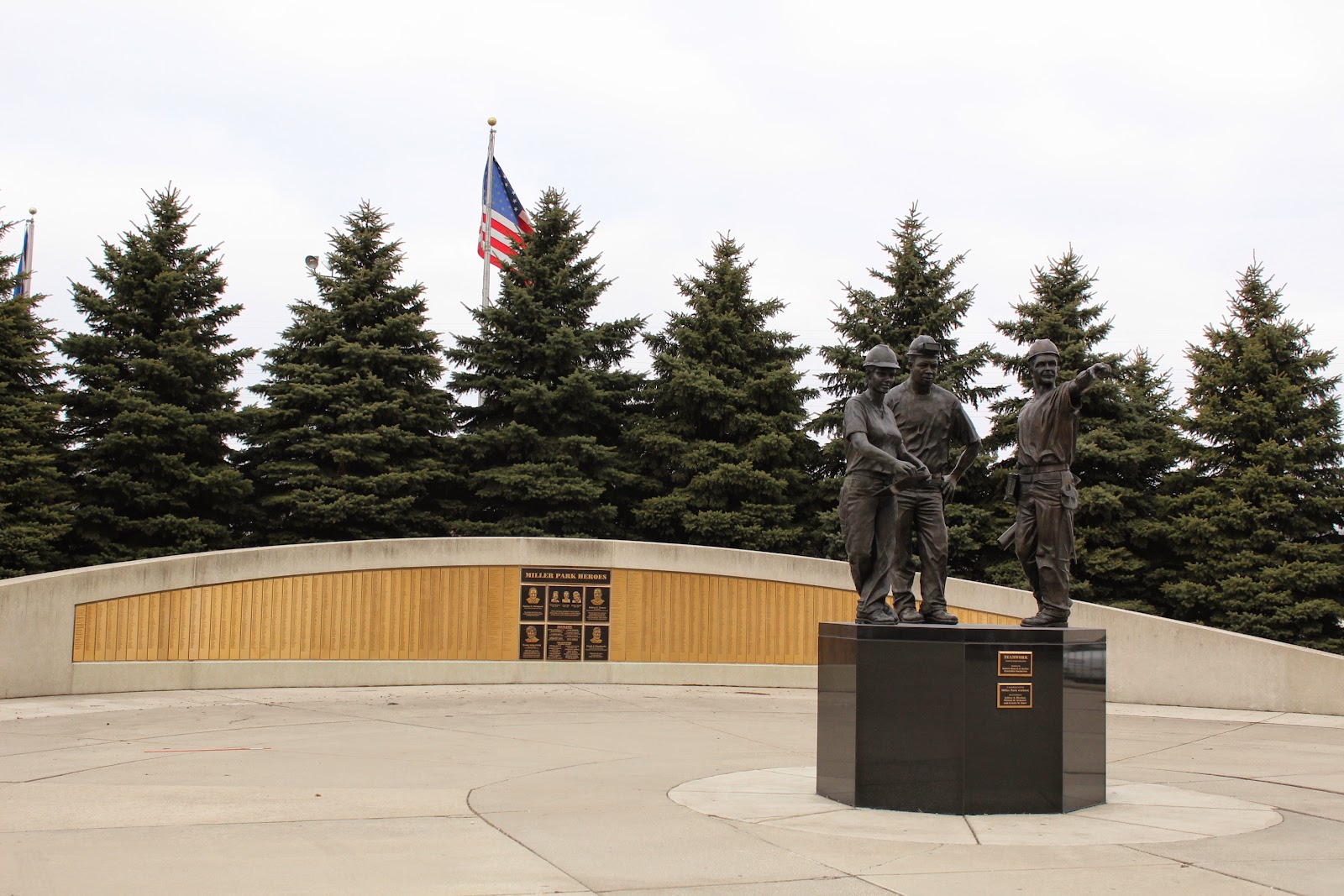 See also, Teamwork / In appreciation of all the Miller Park workers,
also at this location. 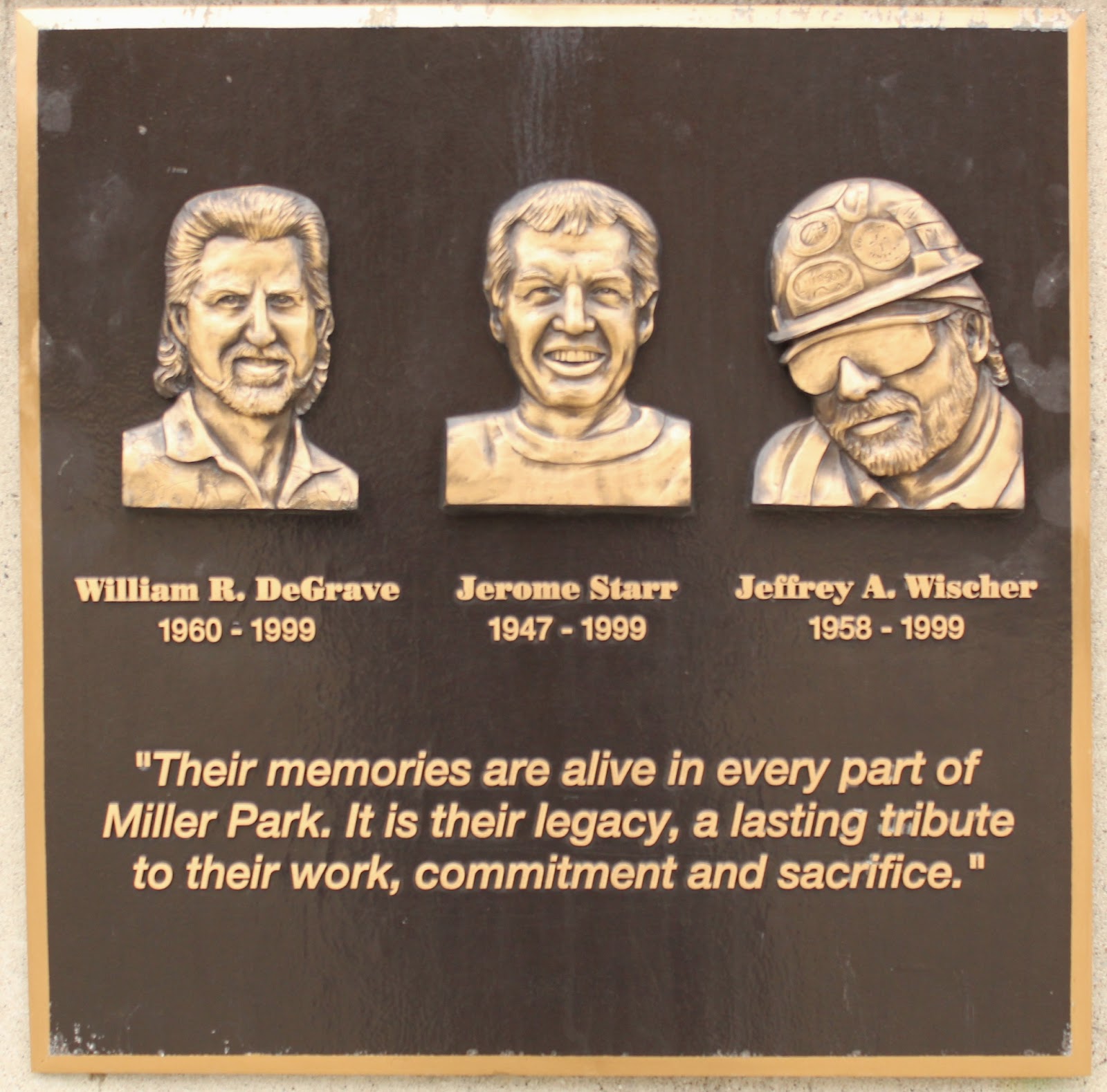 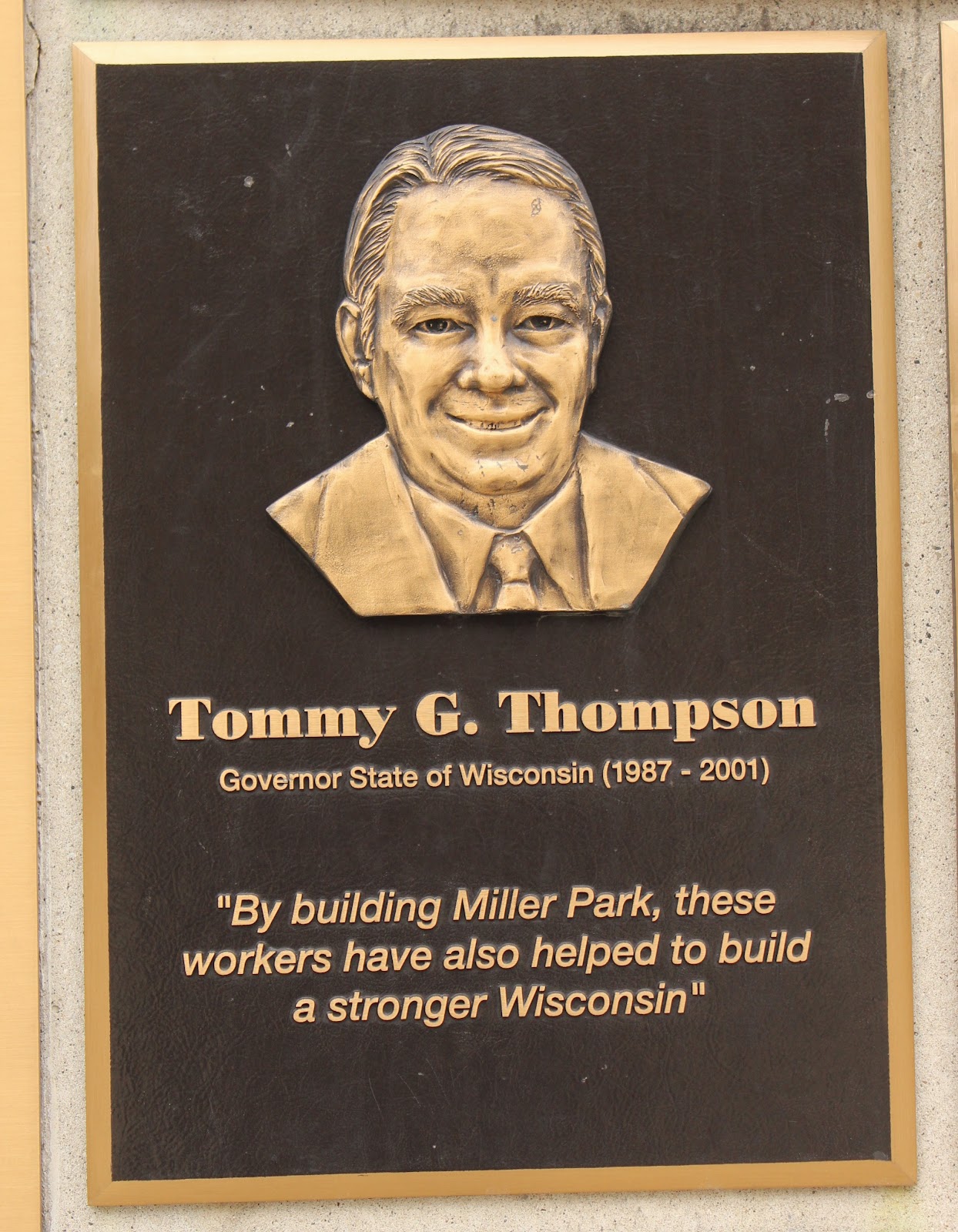 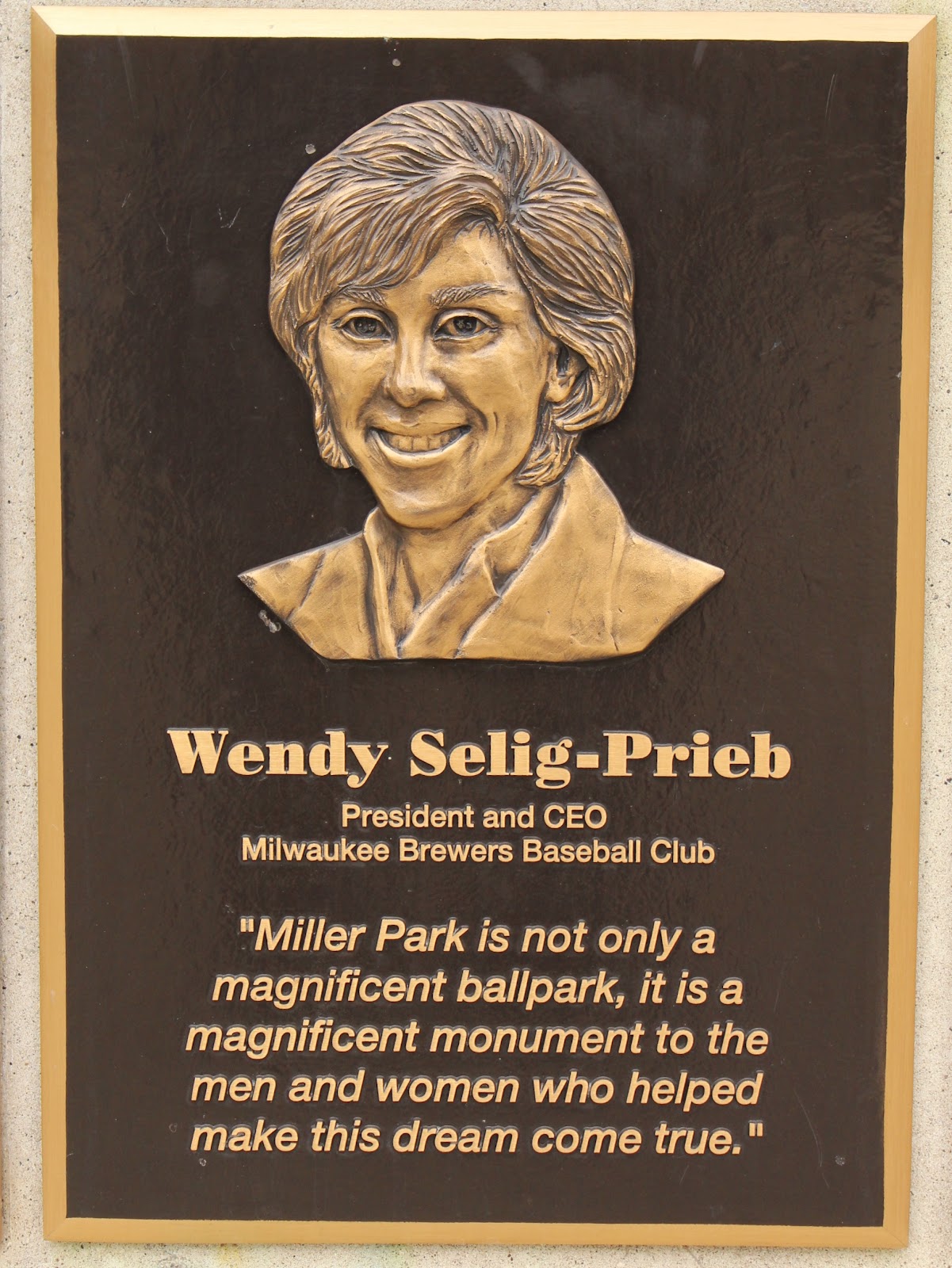 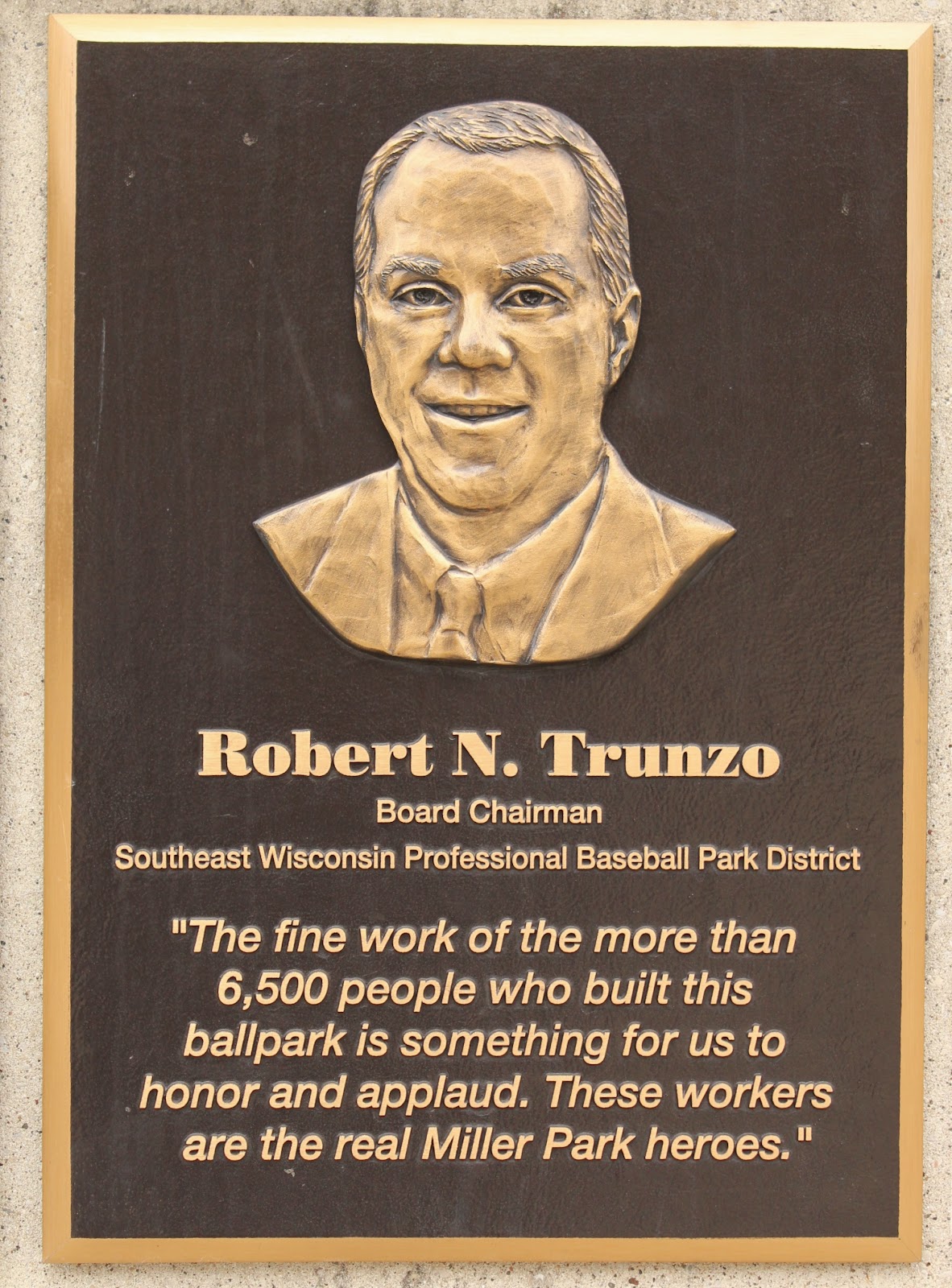 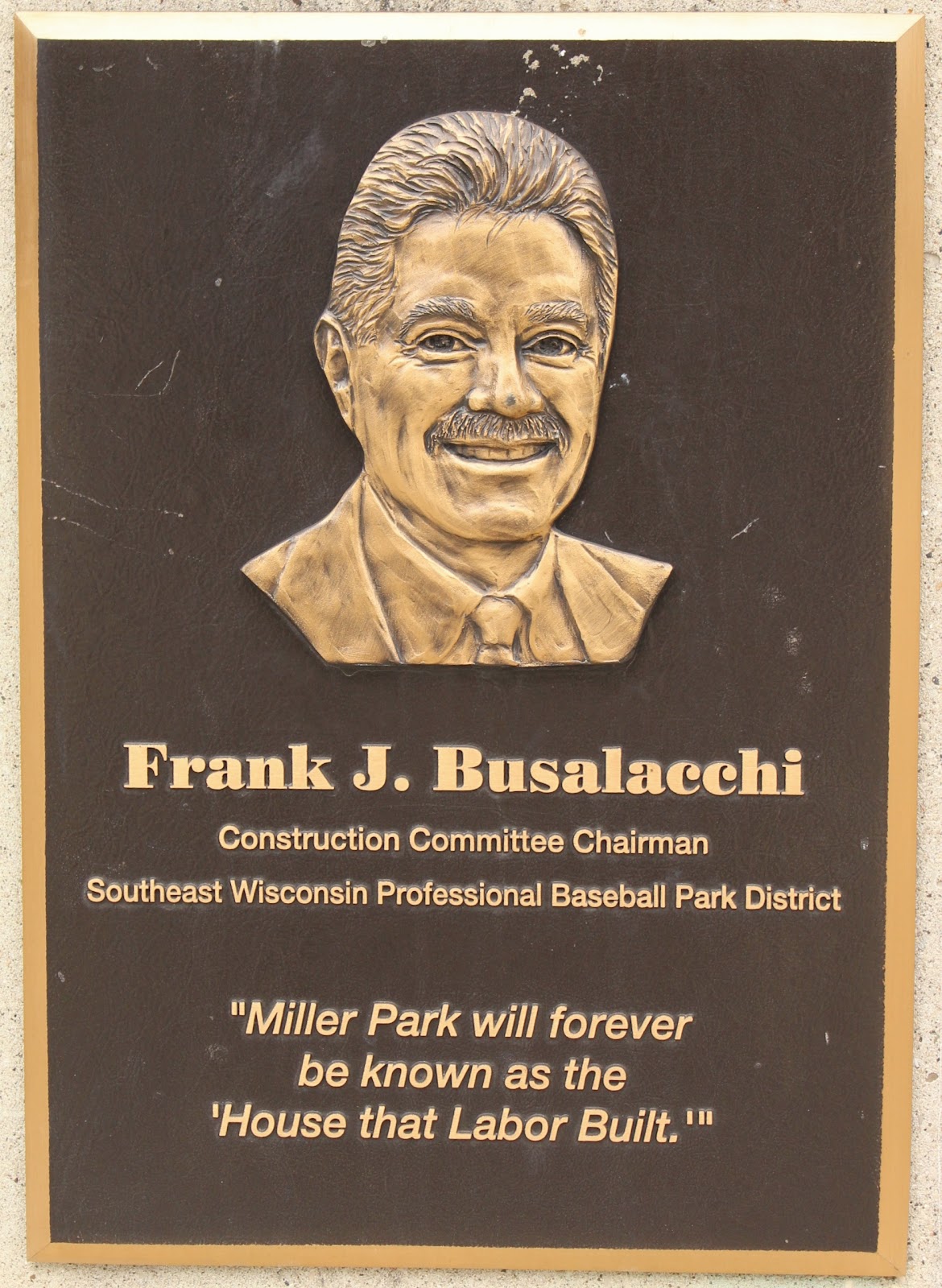 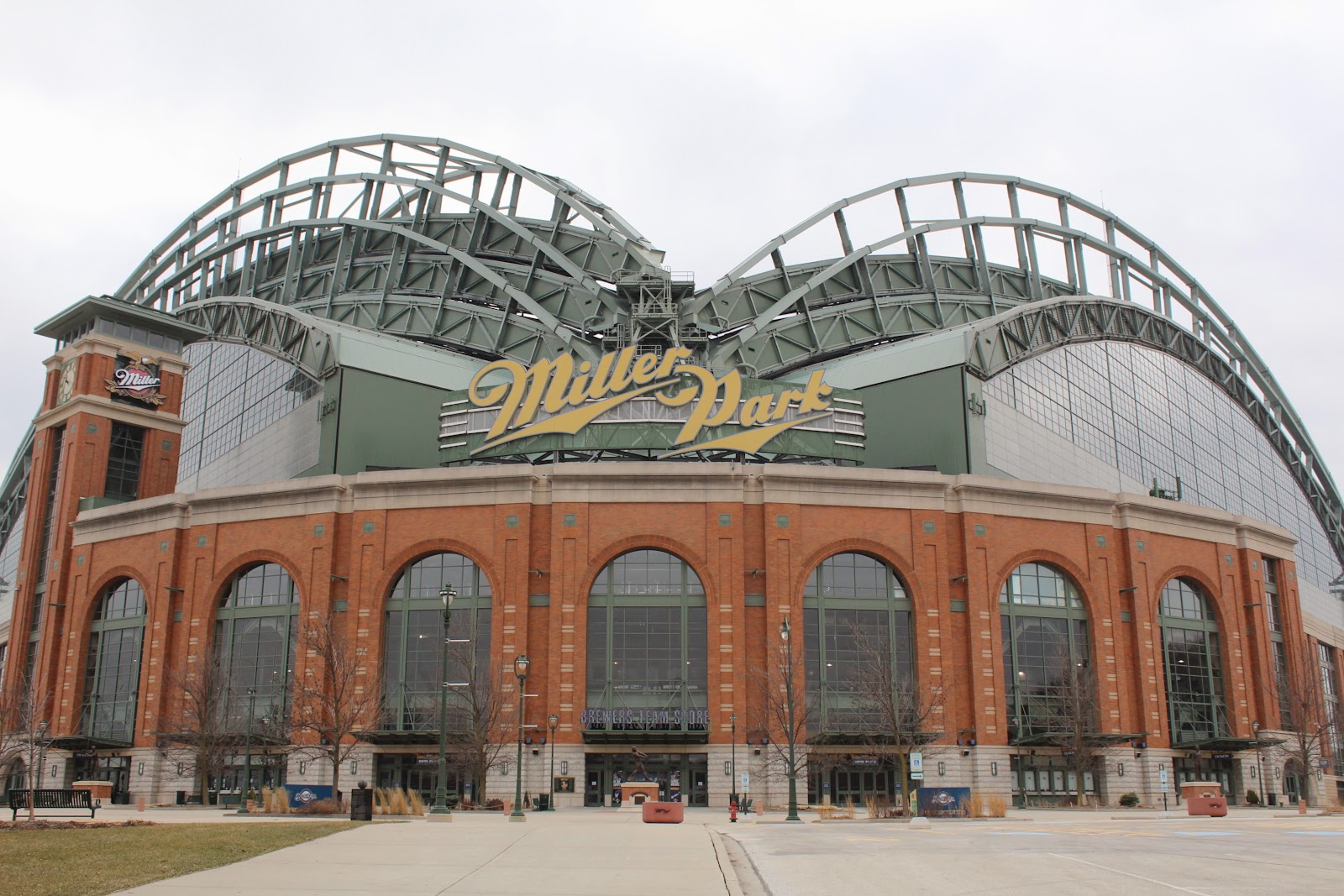 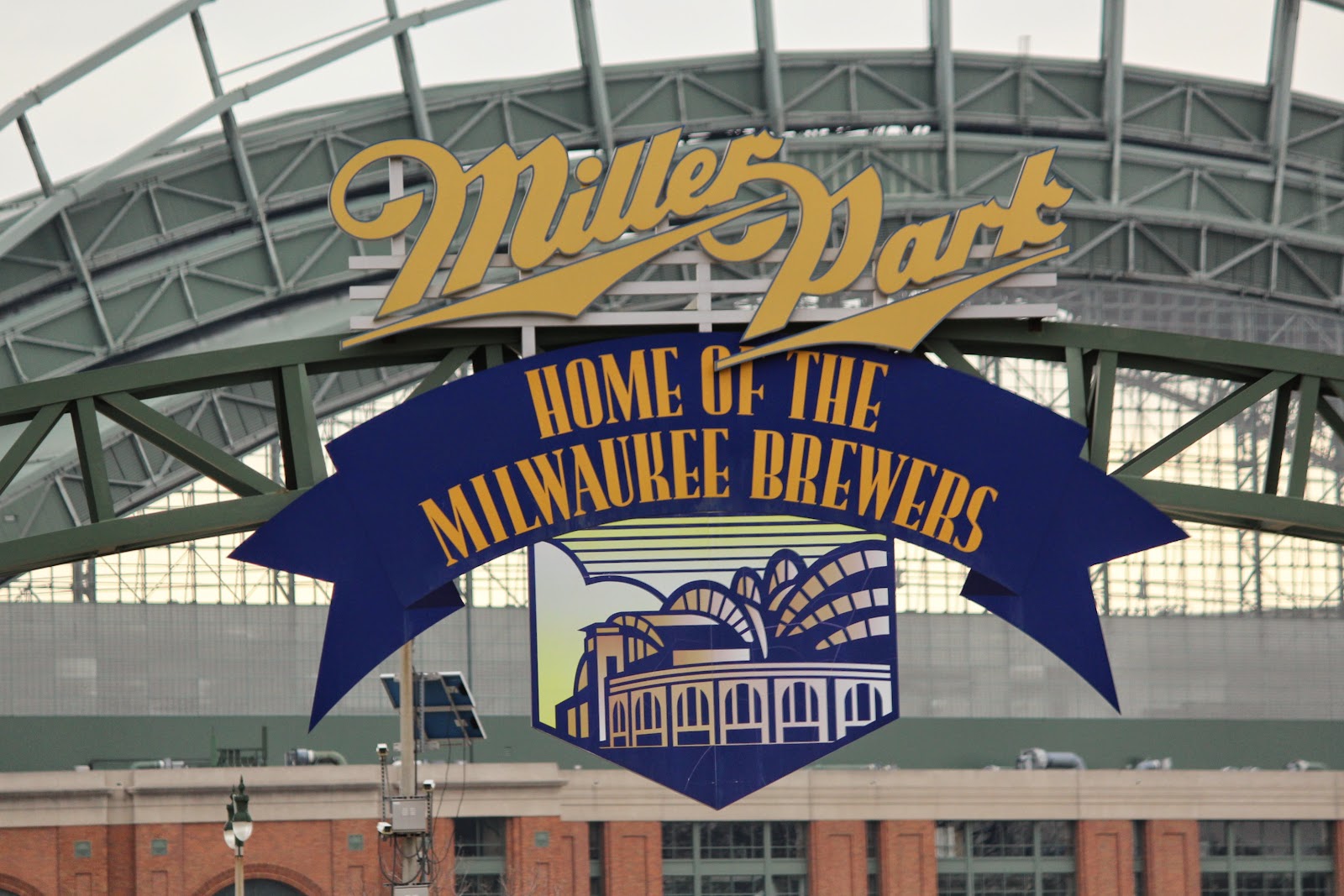