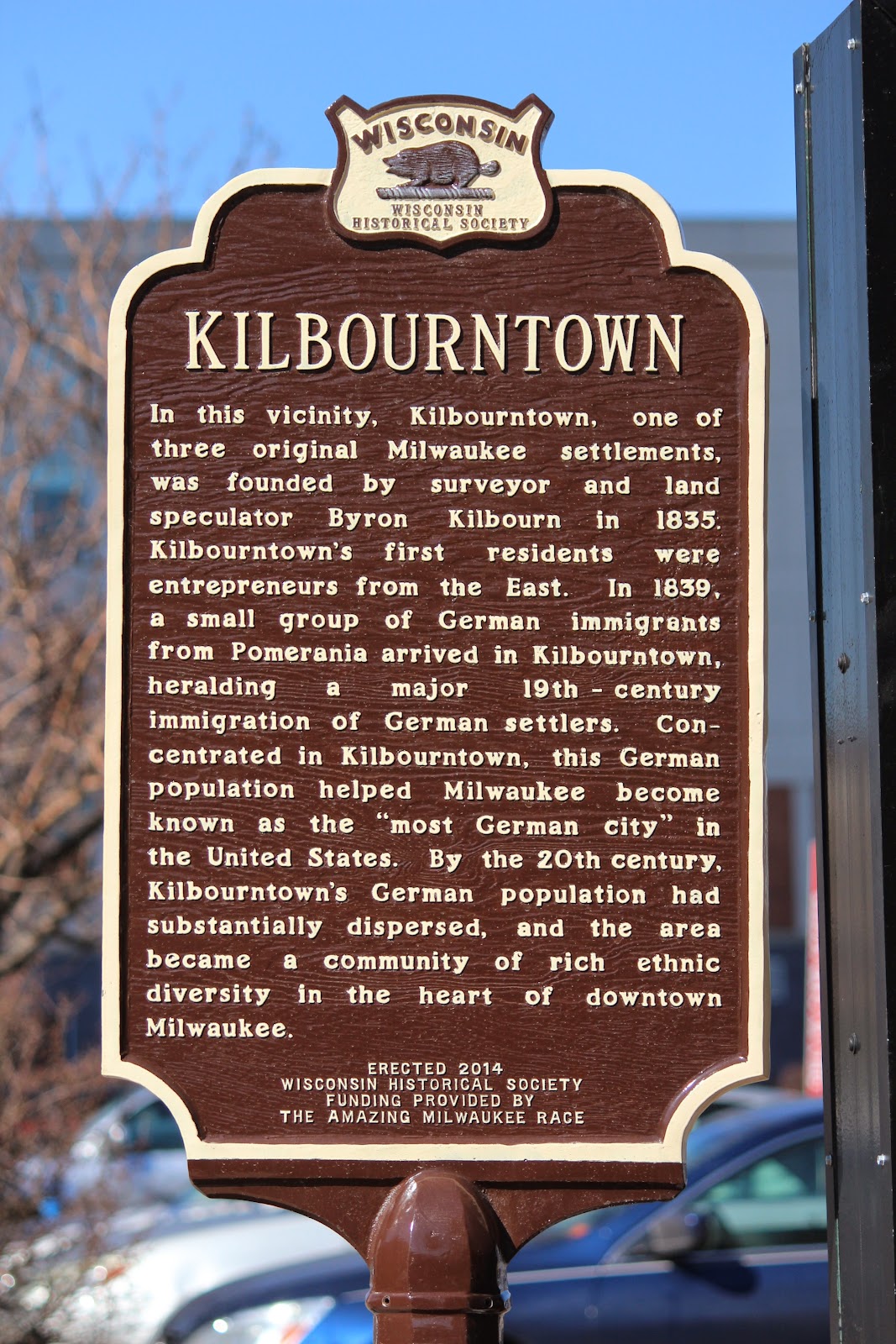 In this vicinity, Kilbourntown, one of the three original Milwaukee settlements, was founded by surveyor and land speculator Byron Kilbourn in 1835. Kilbourntown’s first residents were entrepreneurs from the East. In 1839, a small group of German immigrants from Pomerania arrived in Kilbourntown, heralding a major 19th century immigration of German settlers. Concentrated in Kilbourntown, this German population helped Milwaukee become the “most German city” in the United States. By the 20th century, Kilbourntown’s German population had substantially dispersed and the area became a community of rich ethnic diversity, soon becoming the heart of downtown Milwaukee. 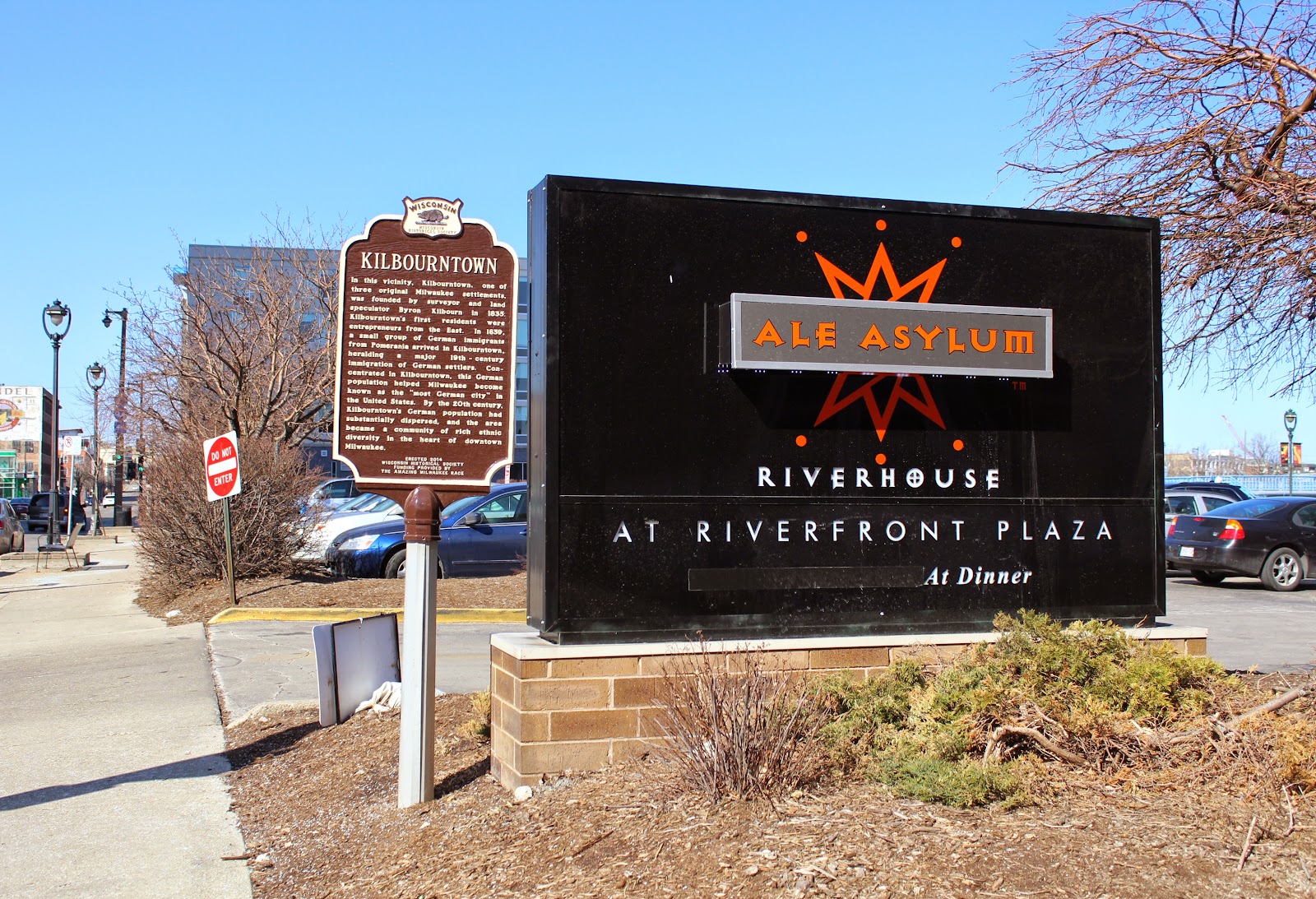 The marker is at the entrance to the parking lot. 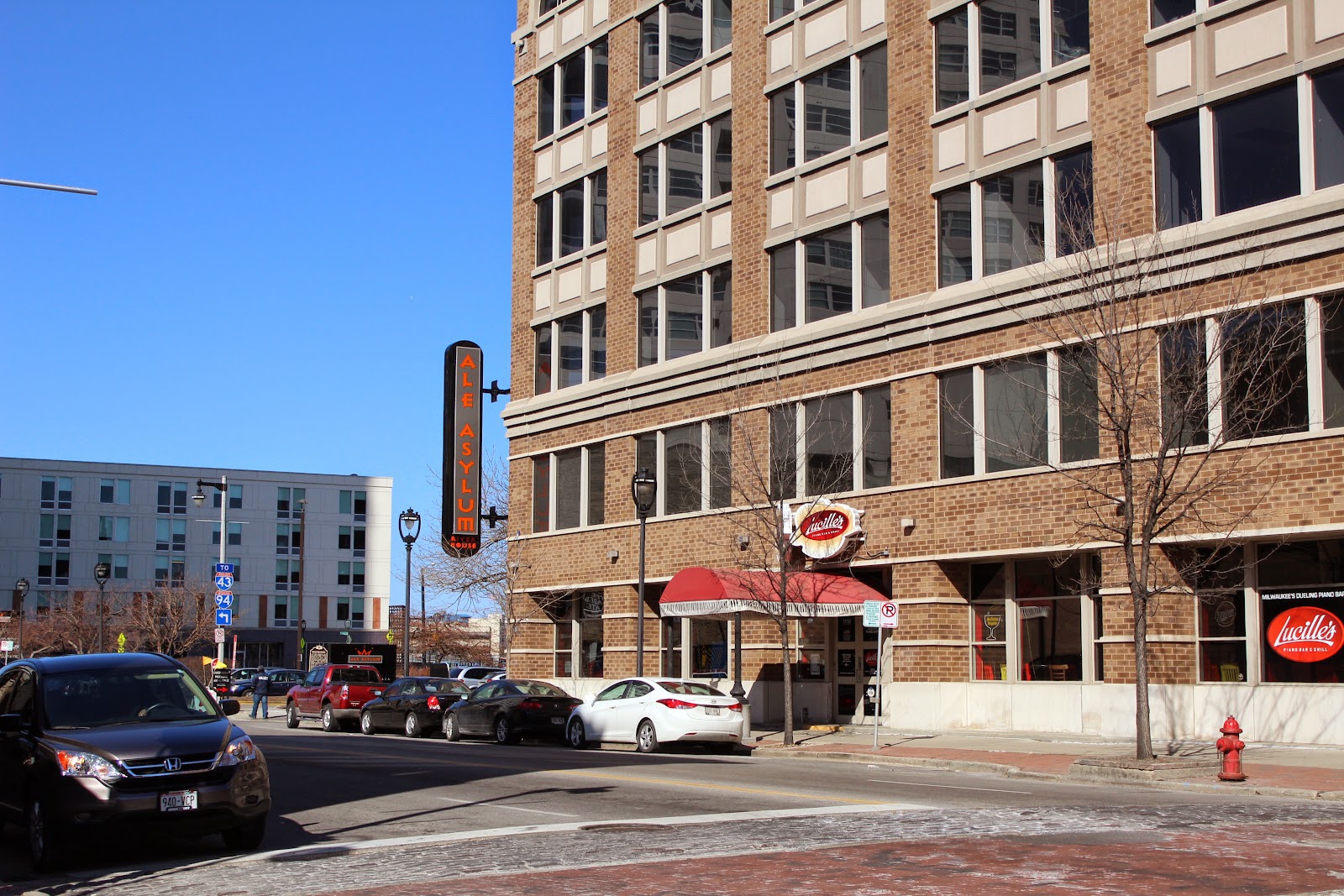 The marker is visible in the distance, next to the Ale Asylum sign.