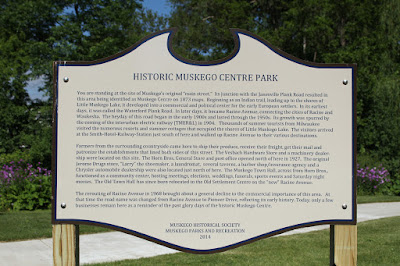 You are standing at the site of Muskego's original "main street." Its junction with the Janesville Plank Road resulted in this area being identified as Muskego Centre on 1873 maps. Beginning as an Indian trail, leading up to the shores of Little Muskego Lake, it developed into a commercial and political center for the early European settlers. In its earliest days, it was called the Waterford Plank Road. In later days, it became Racine Avenue, connecting the cities of Racine and Waukesha. The heyday of this road began in the early 1900s and lasted through the 1950s. Its growth was spurred by the coming of the interurban electric railway (TMER&L) in 1904. Thousands of summer tourists from Milwaukee visited the numerous resorts and summer cottages that occupied the shores of Little Muskego Lake. The visitors arrived at the Smith-Hotel-Railway-Station just south of here and walked up Racine Avenue to their various destinations.

Farmers from the surrounding countryside came here to ship their produce, receive their freight, get their mail and patronize the establishment that lined both sides of this street. The Vesbach Hardware Store and a machinery dealership were located on this site. The Horn Bros. General Store and post office opened north of here in 1972. The original Jerome Drugs store, "Larry" the shoemaker, a laundromat, several taverns, a barber shop / insurance agency and a Chrysler automotive dealership were also located just north of here. The Muskego Town Hall, across from Horn Bros., functioned as a community center, hosting meetings, elections, weddings, funerals, sports events and Saturday night movies. The Old Town Hall has since been relocated to the Old Settlement Centre on the "new" Racine Avenue.

The rerouting of Racing Avenue in 1968 brought a general decline to the commercial importance of this area. At that time the road name was changed from Racine Avenue to Pioneer Drive, reflecting its early history. Today, only a few businesses remain here as a reminder of the past glory days of the historic Muskego Centre.

The marker is located at a small park on southbound Pioneer Drive, between Janesville Road / County Highway L (to the north) and Kristin Drive (to the south), at or near W180S7808 Pioneer Drive, Muskego, Wisconsin 53150. 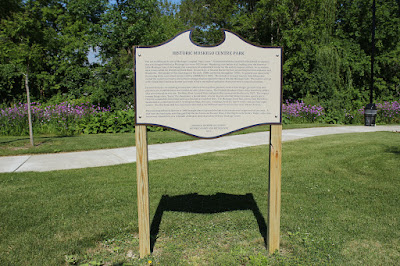 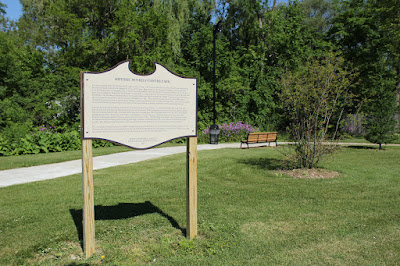 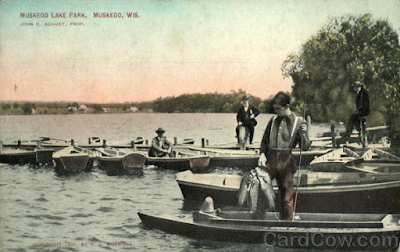 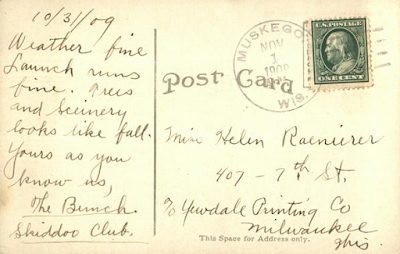 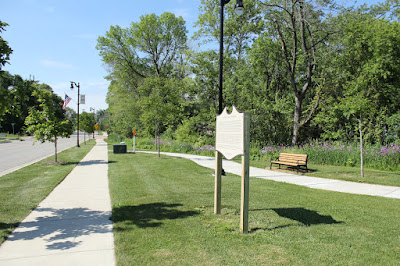 Looking south, with Pioneer Drive to the left. 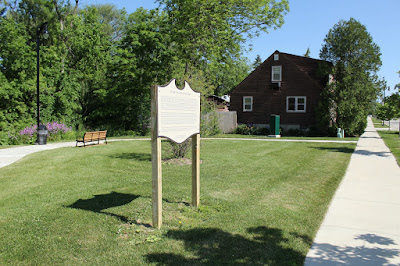 Looking north, with Pioneer Drive to the left . . . 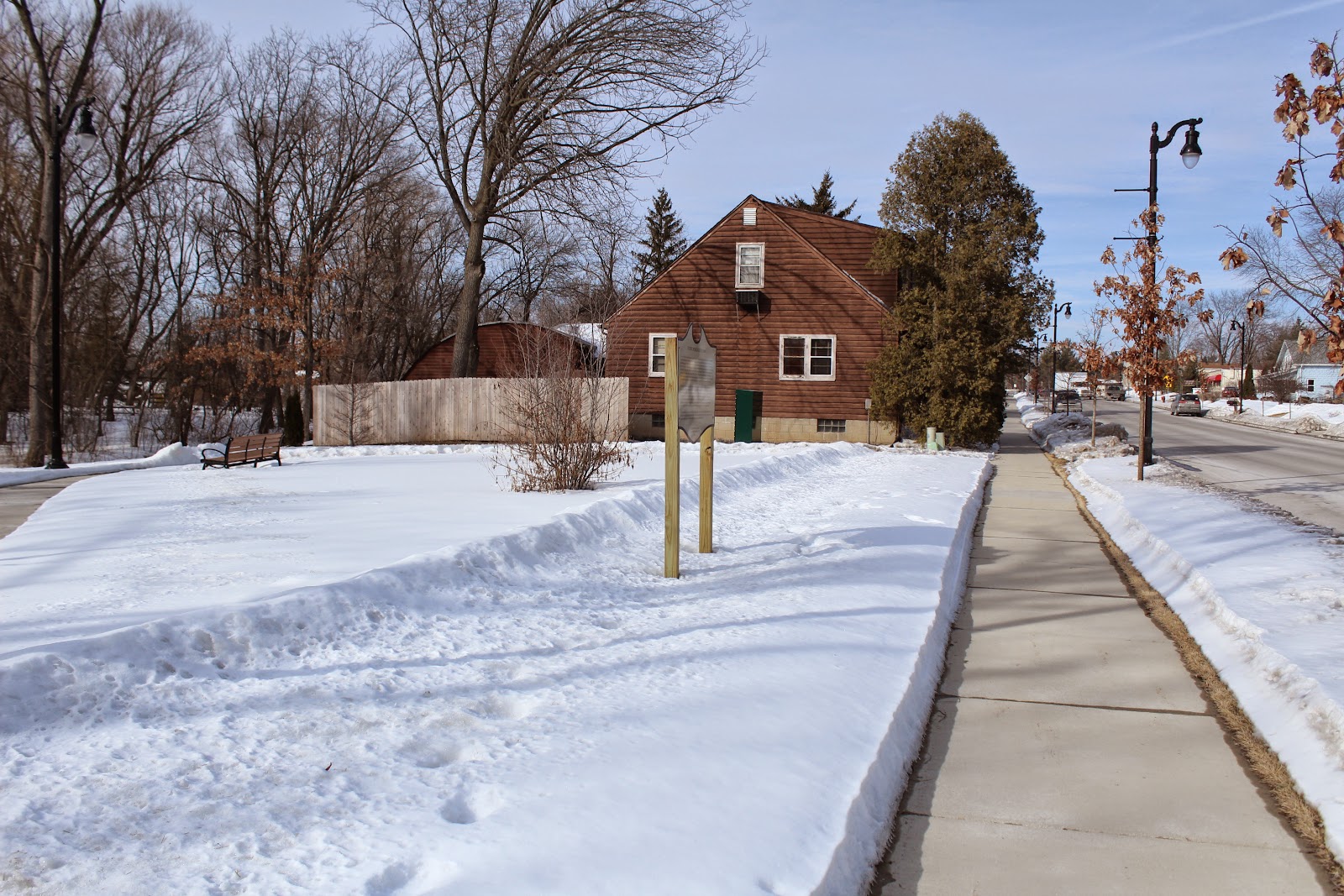 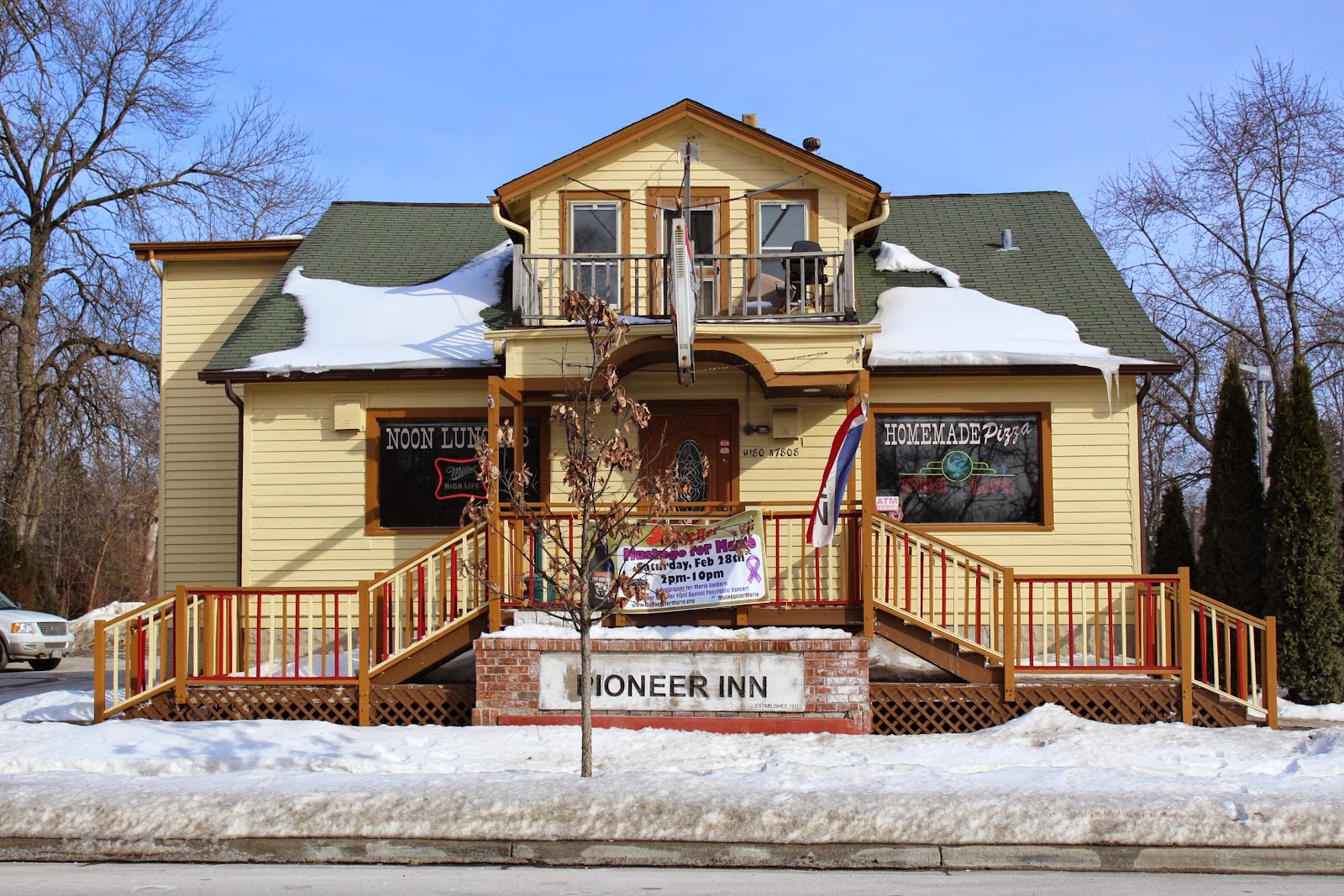 The Marx Pioneer Inn, directly across the roadway from the marker.