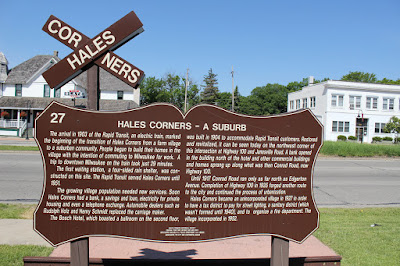 The arrival in 1903 of the Rapid Transit, an electric train, marked the beginning of the transition of Hales Corners from a farm village to a suburban community. People begin to build their homes in the village with the intention of commuting to Milwaukee for work. A trip to downtown Milwaukee on the train took just 29 minutes.

The first waiting station, a four-sided rain shelter, was constructed on this site. The Rapid Transit served Hales Corners until 1951.

The growing village population needed new services. Soon Hales Corners had a bank, a savings and loan, electricity for private housing and even a telephone exchange. Automobile dealers such as Rudolph Holz and Henry Schmidt replaced the carriage maker.

The Bosch Hotel, which boasted a ballroom on the second floor, was built in 1904 to accommodate Rapid Transit customers. Restored and revitalized, it can be seen today on the northwest corner of this intersection at Highway 100 and Janesville Road. A bank opened in the building north of the hotel and other commercial buildings and homes sprang up along what was then Conrad Road, now Highway 100.

Until 1917 Conrad Road ran only as far north as Edgerton Avenue. Completion of Highway 100 in 1935 forged another route to the city and continued the process of urbanization.

Hales Corners became an unincorporated village in 1927 in order to have a tax district to pay for street lighting, a sanitary district (which wasn't formed  until 1940), and to organize a fire department. The village incorporated in 1952. 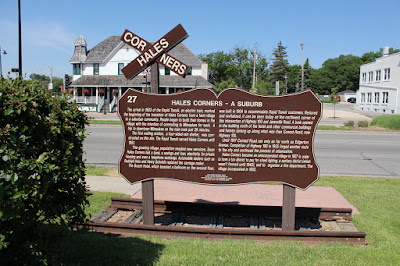 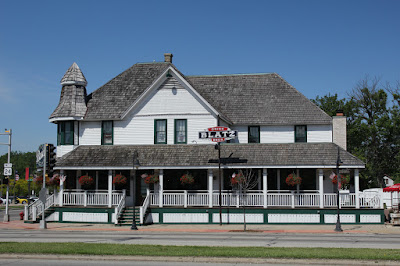 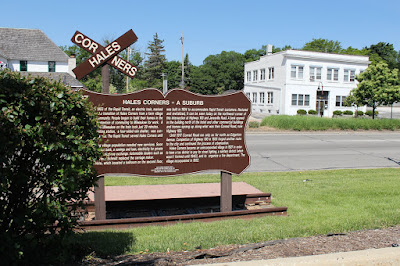 With the Goodsell Buildings (white building) across the street
(there is also a marker at that location). 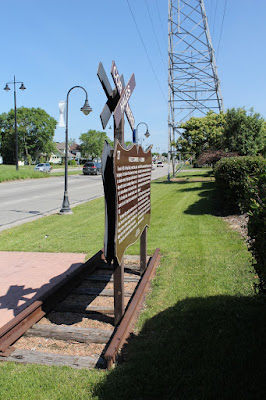 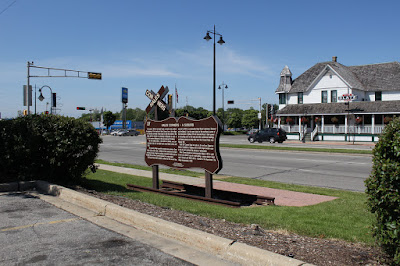 This is a crazy busy intersection -- don't let this photo fool you! 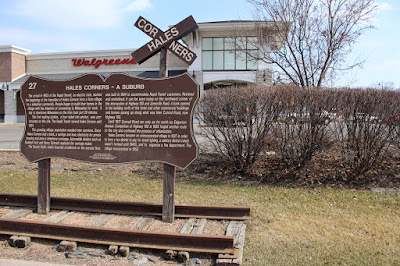