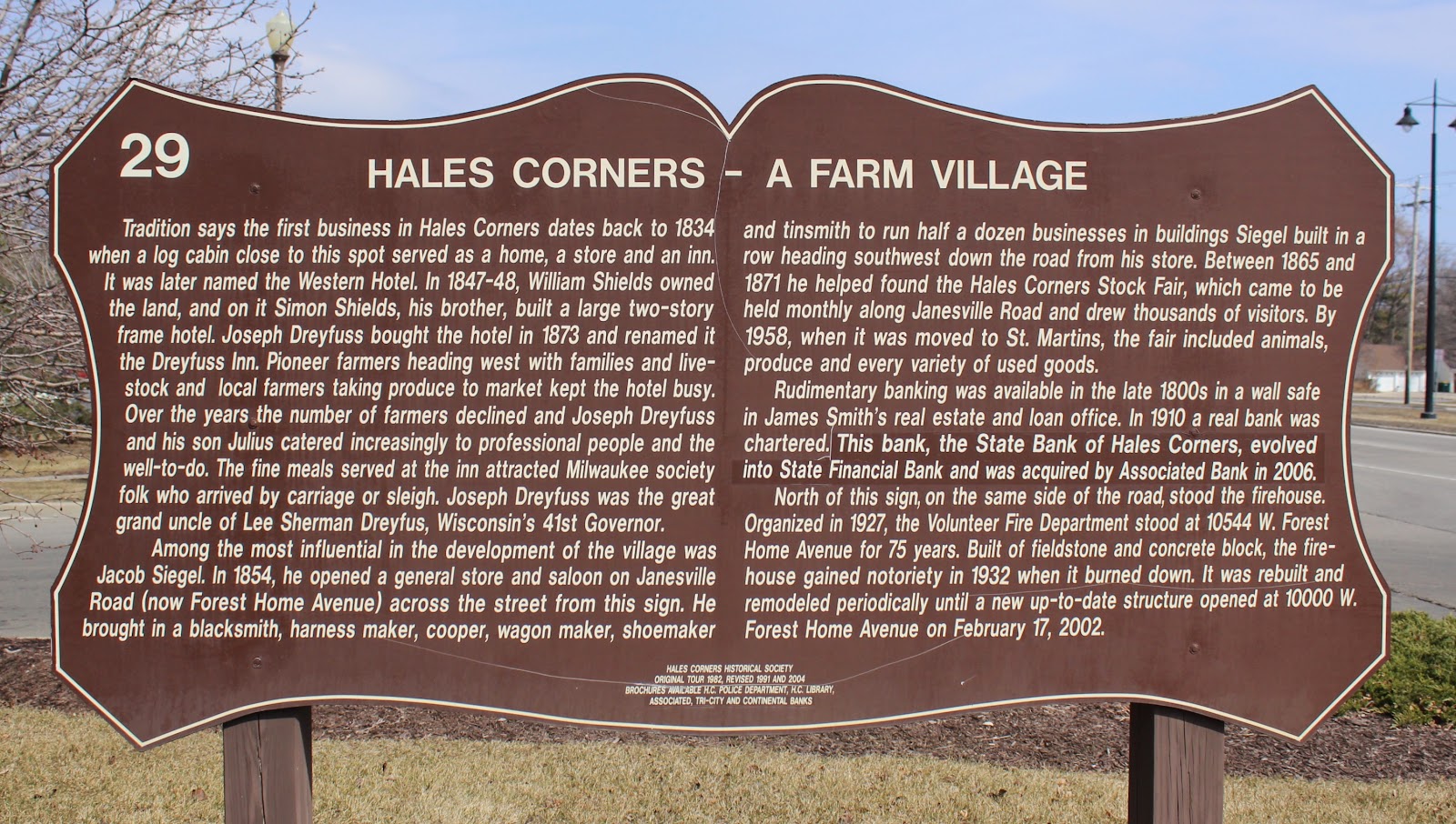 Tradition says the first business in Hales Corners dates back to 1834 when a log cabin close to this spot served as a home, a store and an inn. It was later named the Western Hotel. In 1847-28, William Shields owned the land, and on it Simon Shields, his brother, built a large two-story frame hotel. Joseph Dreyfuss bought the hotel in 1873 and renamed it the Dreyfuss Inn. Pioneer farmers heading west with families and livestock and local farmers taking produce to market kept the hotel busy. Over the years the number of farmers declined and Joseph Dreyfuss and his son Julius catered increasing to professional people and the well-to-do. The fine meals served at the inn attracted Milwaukee society folk who arrived by carriage or sleigh. Joseph Dreyfuss was the great grand uncle of Lee Sherman Dreyfus, Wisconsin 41st Governor.

Among the most influential in the development of the village was Jacob Siegel. In 1854, he opened a general store and saloon on Janesville Road (now Forest Home Avenue) across the street from this sign. He brought in a blacksmith, harness maker, cooper, wagon maker, shoemaker and tinsmith to run half a dozen businesses in buildings Siegel built in a row heading southwest down the road from his store. Between 1865 and 1871 he helped found the Hales Corners Stock Fair, which came to be held monthly along Janesville Road and drew thousands of visitors. By 1958, when it was moved to St. Martins, the fair included animals, produce and every variety of used goods.

Rudimentary banking was available in the late 1800s in a wall safe in James Smith's real estate and loan office. In 1910 a real bank was chartered. This bank, the State Bank of Hales Corners, evolved into State Financial Bank was acquired by Associated Bank in 2006.

North of this sign, on the same side of the road, stood the firehouse. Organized in 1927, the Volunteer Fire Department stood at 10544 W. Forest Home Avenue for 75 years. Built of fieldstone and concrete block, the firehouse gained notoriety in 1932 when it burned down. It was rebuilt and remodeled periodically until a new up-to-date structure opened at 10000 W. Forest Home Avenue on February 17, 2002.

The marker is located at the entrance to the Village Market Shopping Center on westbound West Forest Home Road / Wisconsin Highway 24, west of its intersection of South 104th Street, Hales Corners, Wisconsin 53130. 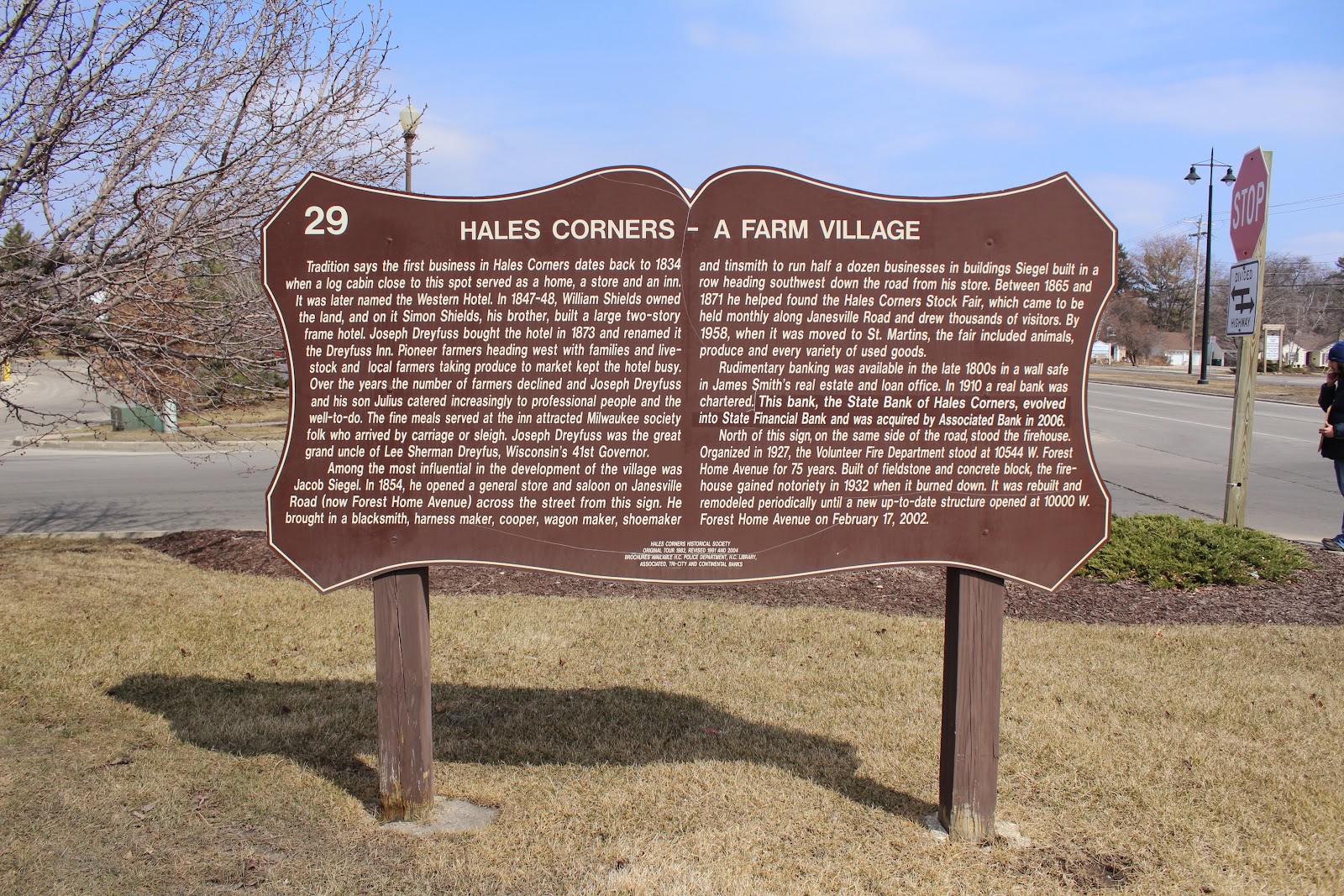 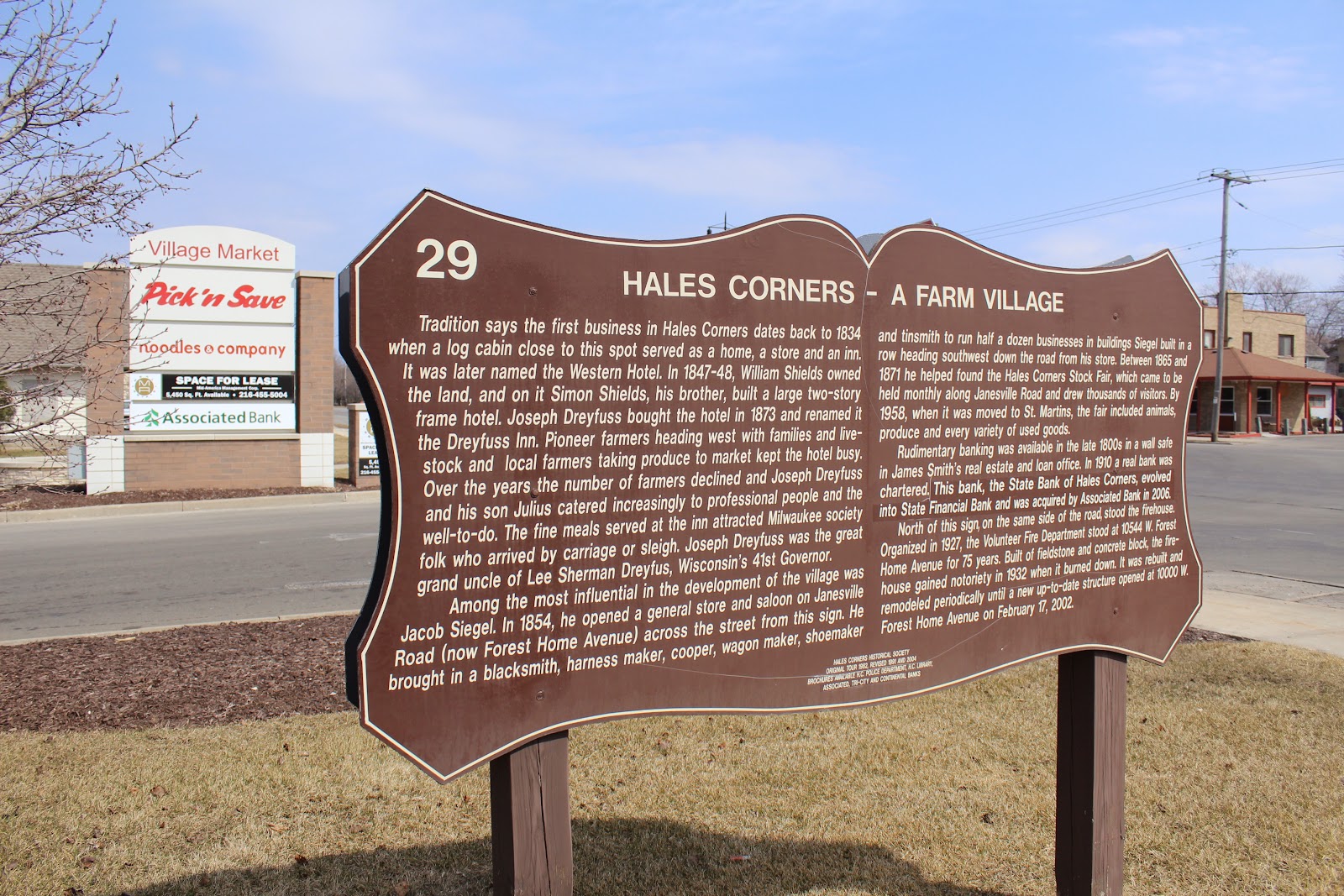 The marker is at the entrance to the Village Market Shopping Center. 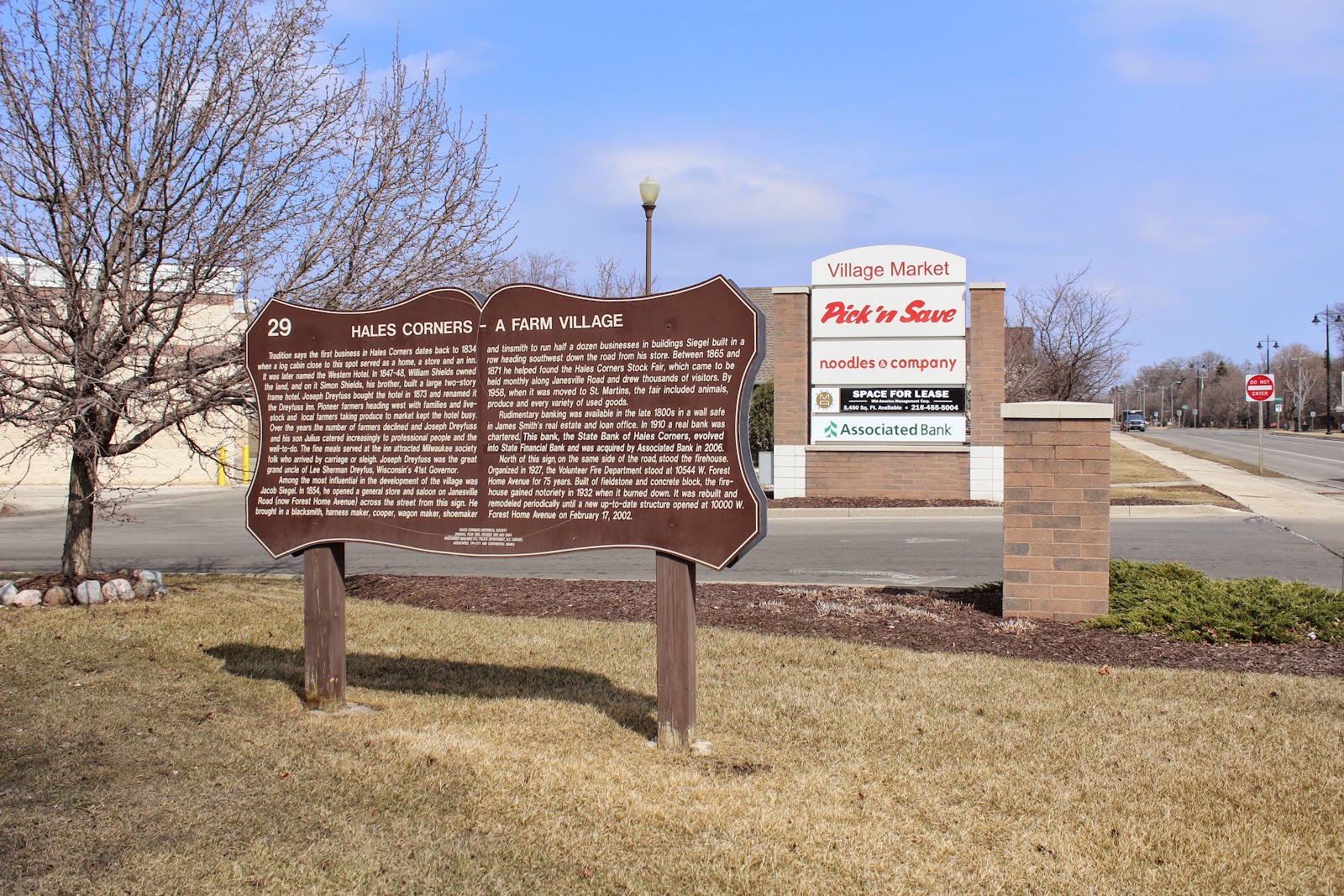