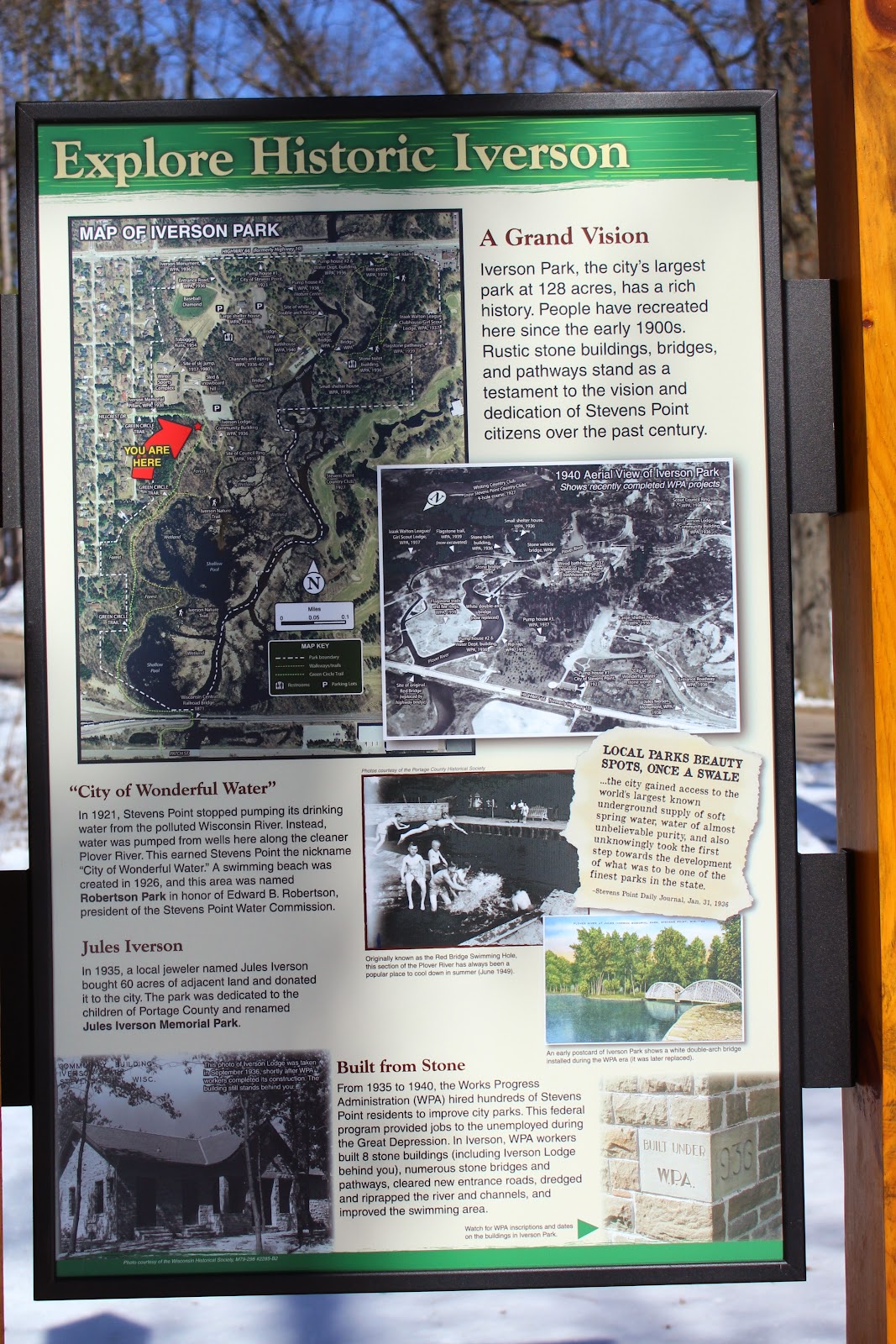 See below for marker transcriptions

The marker is located at the Green Circle Trail trail head, adjacent to a parking lot on eastbound Hillcrest Drive, east of its intersection with Sunrise Avenue (the Hillcrest Drive entrance to Iverson Park), Stevens Point, Wisconsin 54481. 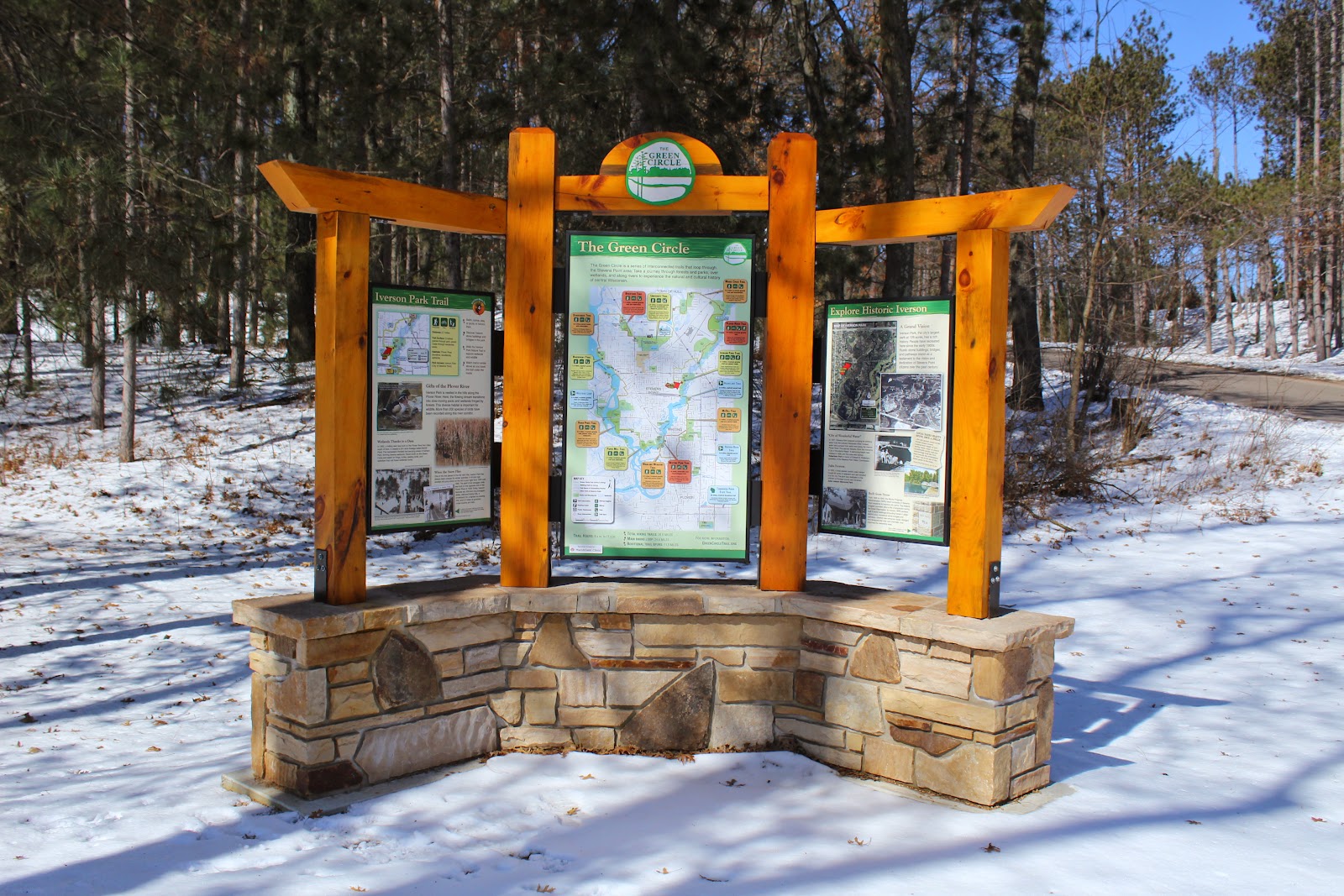 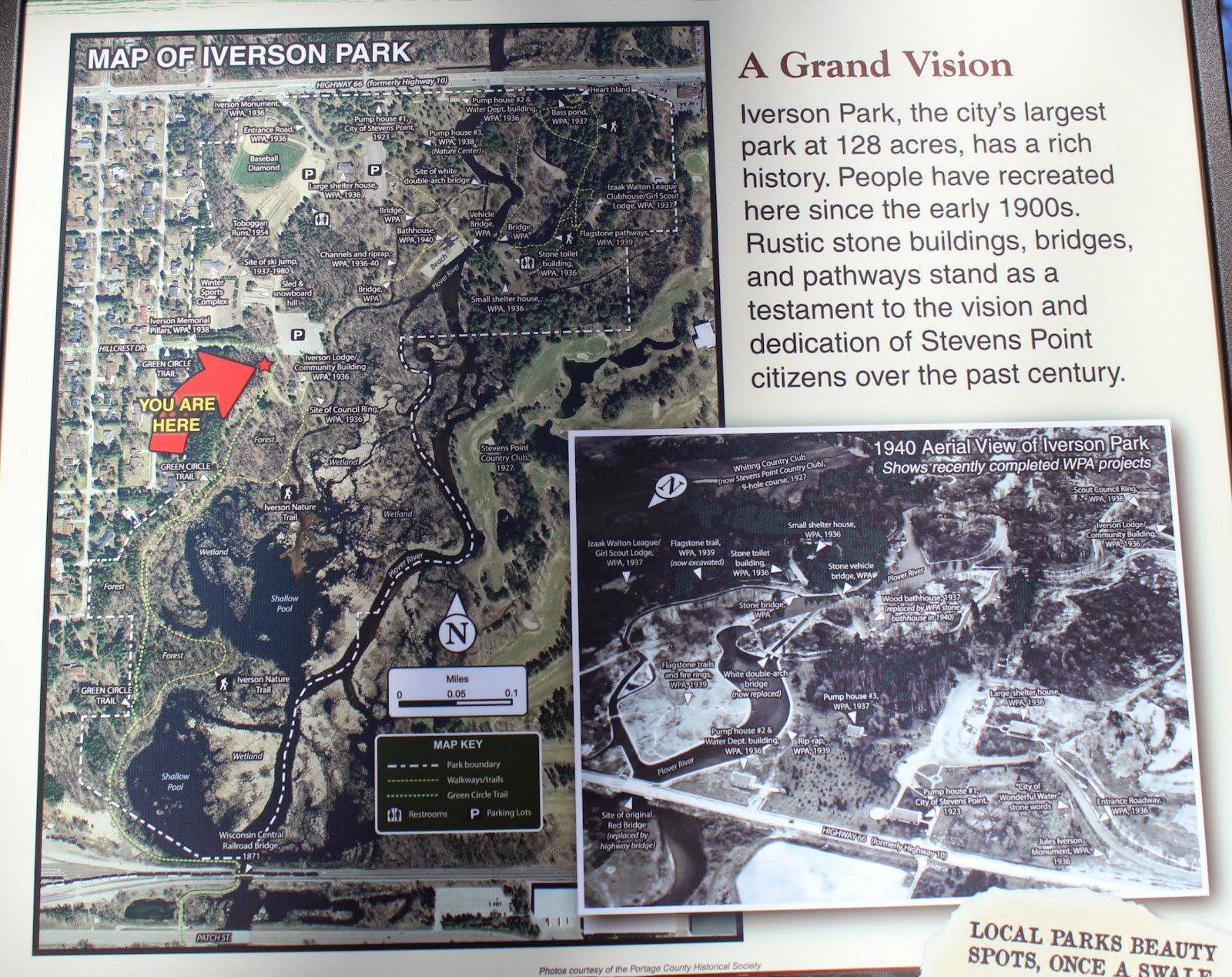 Iverson Park, the city's largest park of 128 acres, has a rich history. People have recreated here since the early 1900s. Rustic stone buildings, bridges, and pathways stand as a testament to the vision and dedication of Stevens Point citizens over the past century. 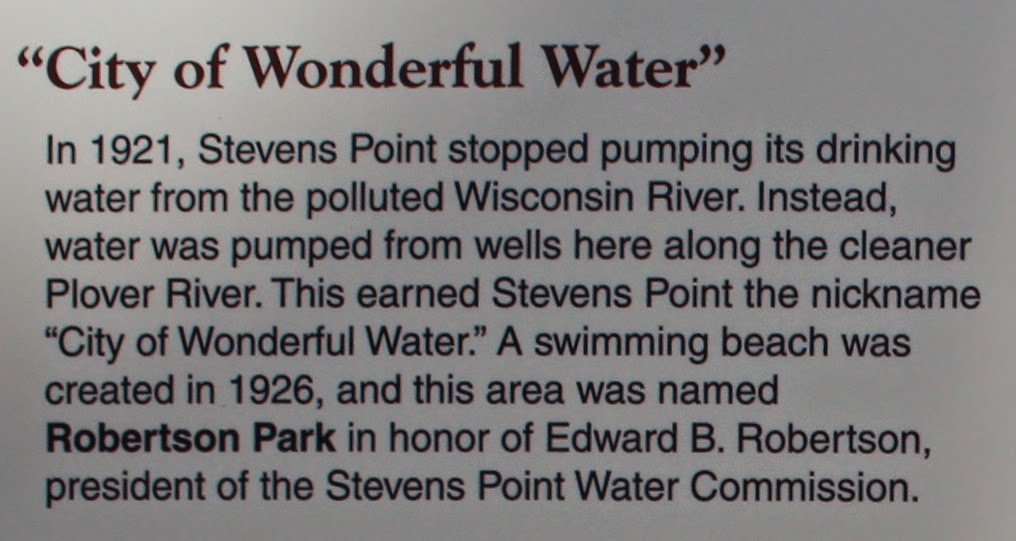 In 1921, Stevens Point stopped pumping its drinking water from the polluted Wisconsin River. Instead, water was pumped from wells here along the cleaner Plover River. This earned Stevens Point the nickname "City of Wonderful Water." A swimming beach was created in 1926, and this area was named Robertson Park in honor of Edward B. Robertson, president of the Stevens Point Water Commission. 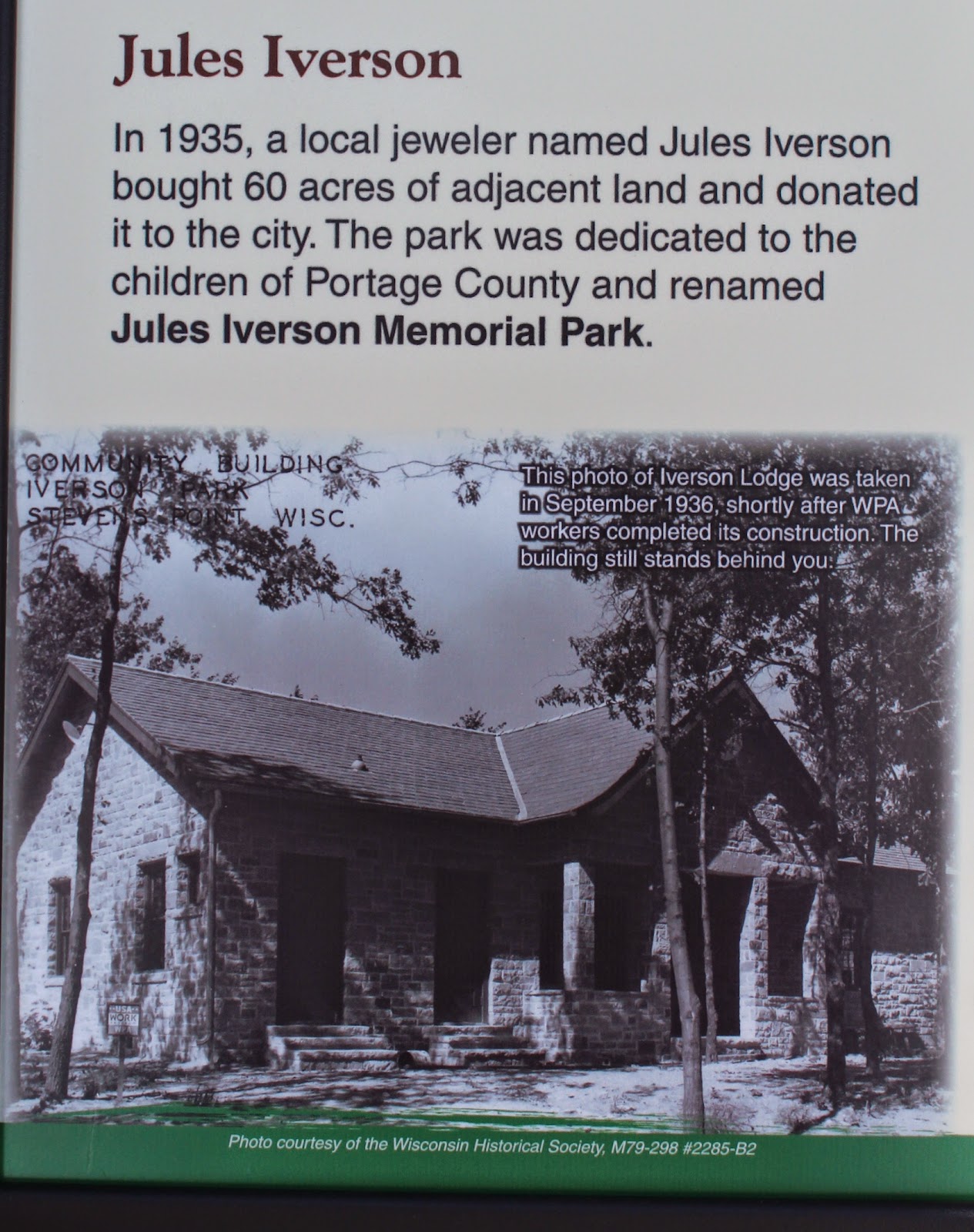 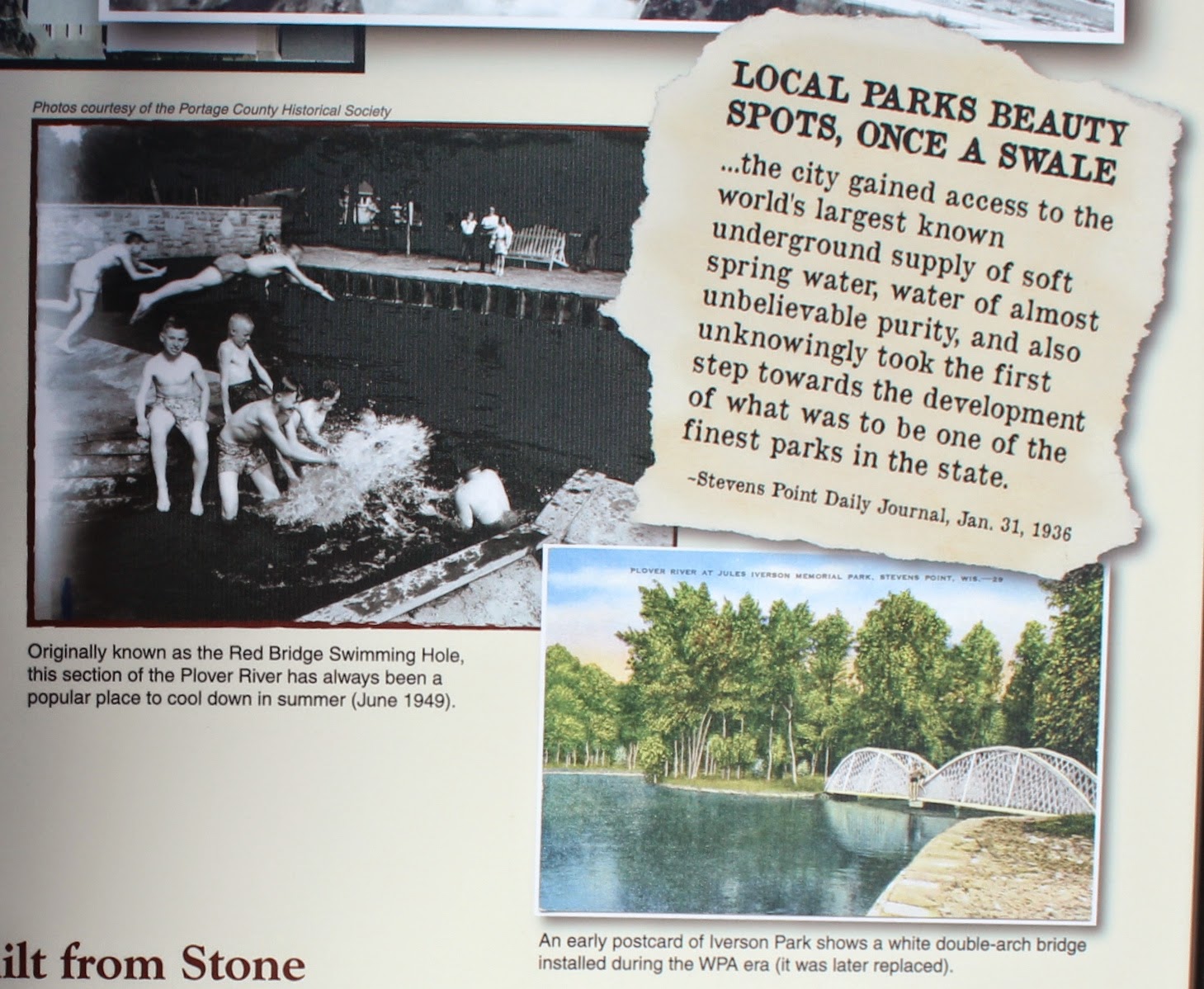 ...the city gained access to the world's largest known underground supply of soft spring water, water of almost unbelievable purity, and also unknowingly took the first step towards the development of what was to be one of the finest parks in the sate.
-Stevens Point Daily Journal, Jan. 31, 1938

(Black and white photo caption): Originally known as the Red Bridge Swimming Hole, this section of the Plover River has always been a popular place to cool down in the summer (June 1949).

(Colorized photo caption:) An early postcard of Iverson Park shows a white double-arch bridge installed during the WPA era (it was later replaced).

From 1935 to 1940, the Works Progress Administration (WPA) hired hundreds of Stevens Point residents to improve city parks. This federal program provided jobs to the unemployed during the Great Depression. In Iverson, WPA workers built 8 stone buildings (including Iverson Lodge behind you), numerous stone bridges and pathways, cleared new entrance roads, dredged and riprapped the river and channels, and improved the swimming area.

Watch for WPA inscriptions and dates on the buildings in Iverson Park. 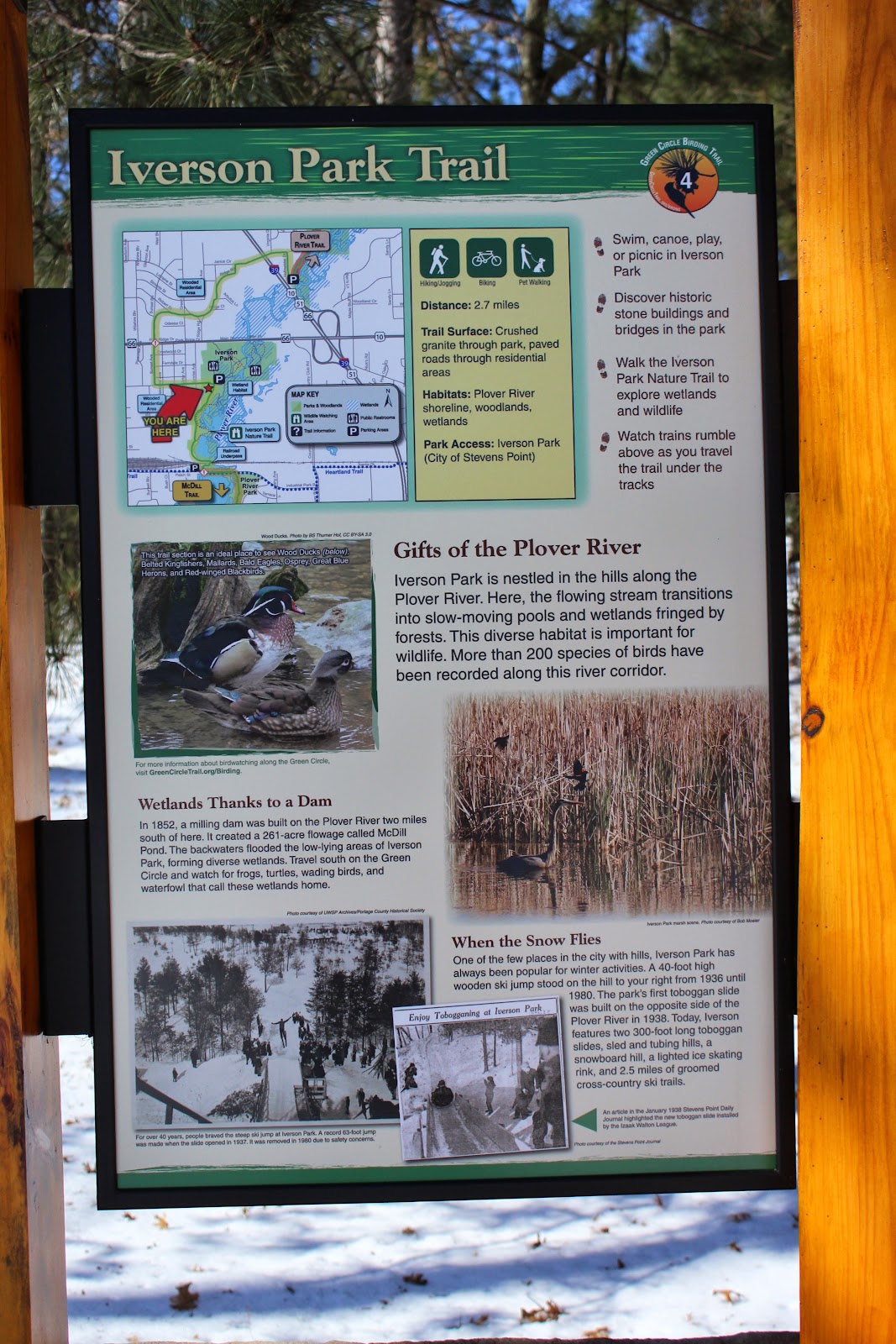 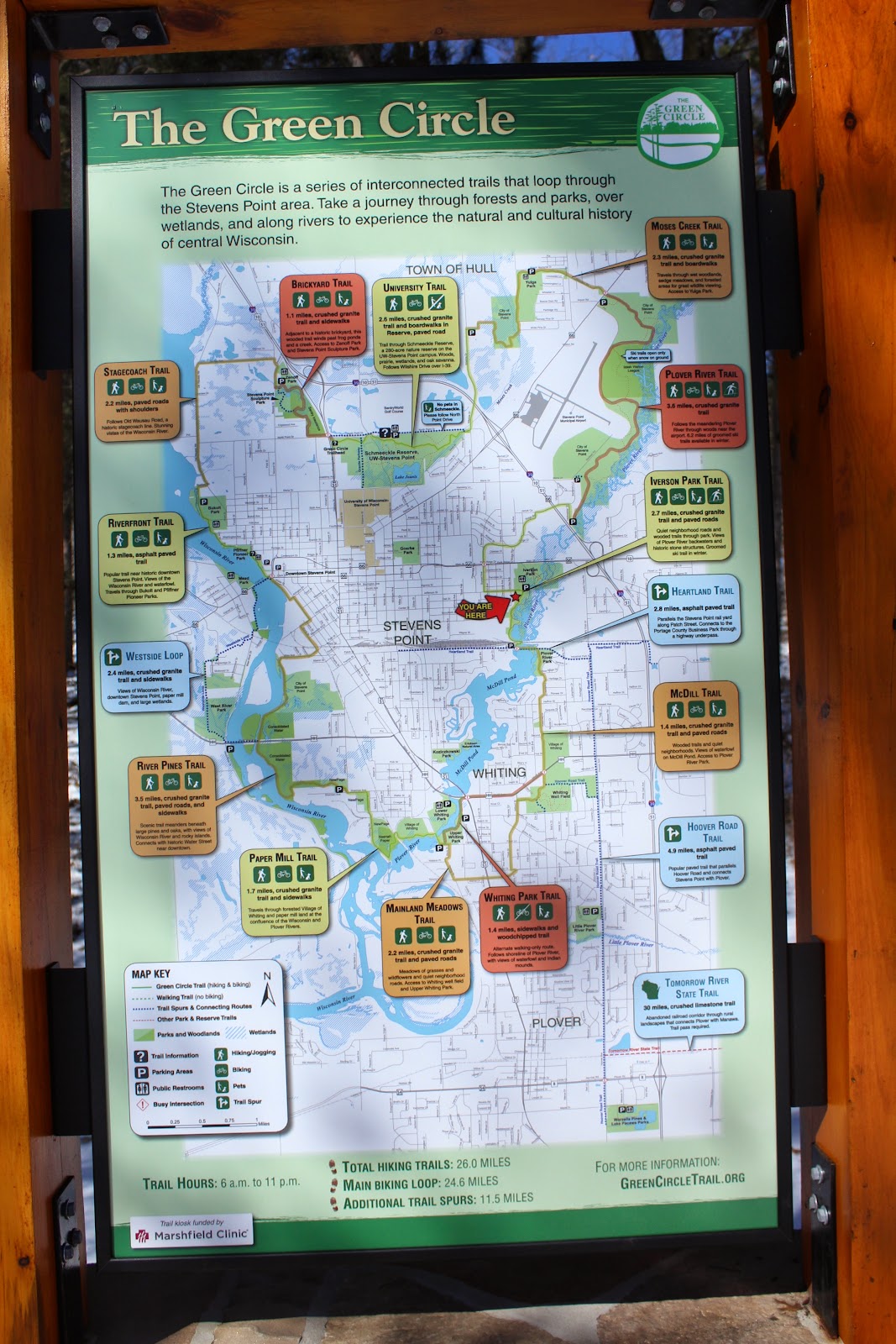 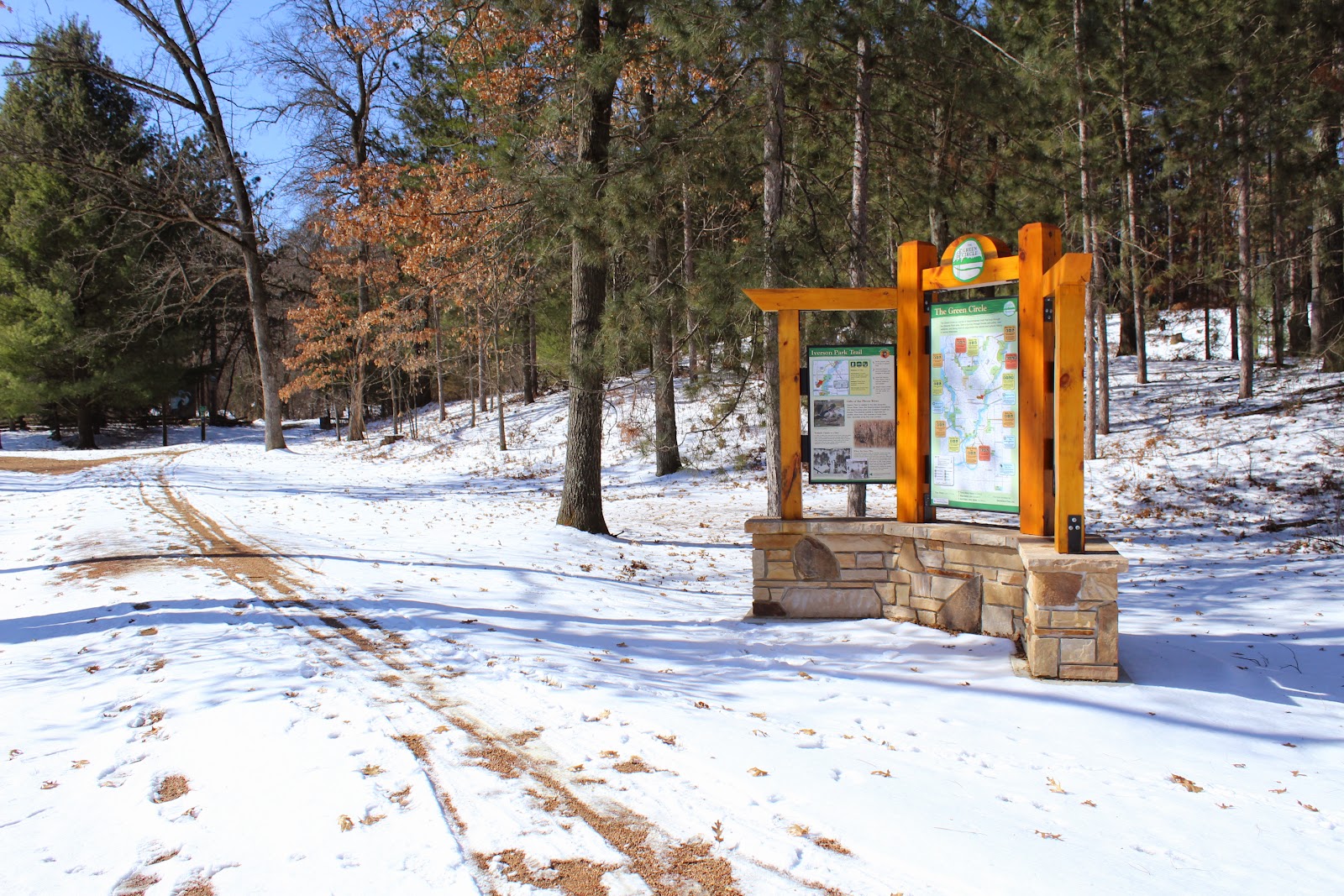 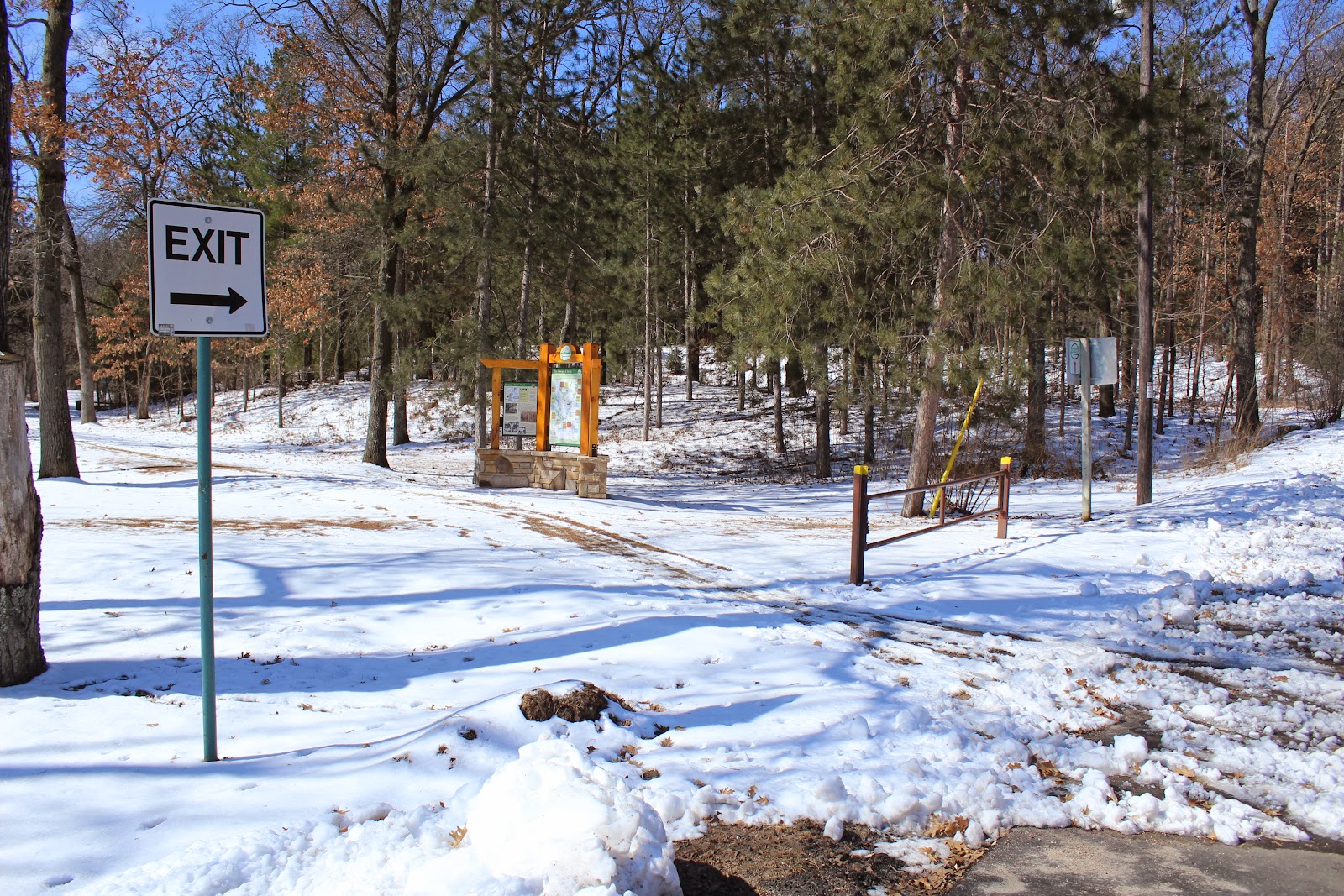 The Green Circle Trail trail head is adjacent to a large parking lot. 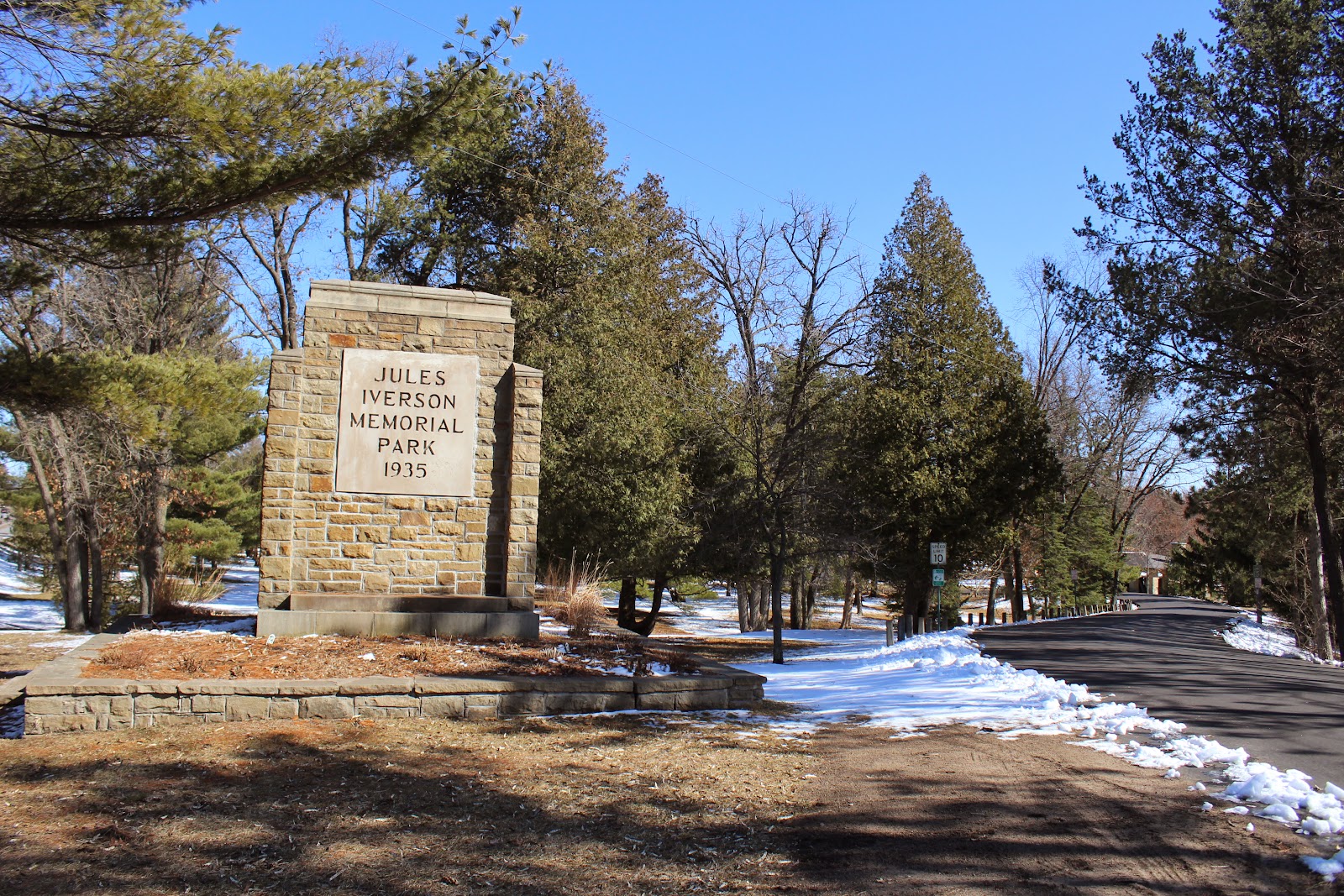 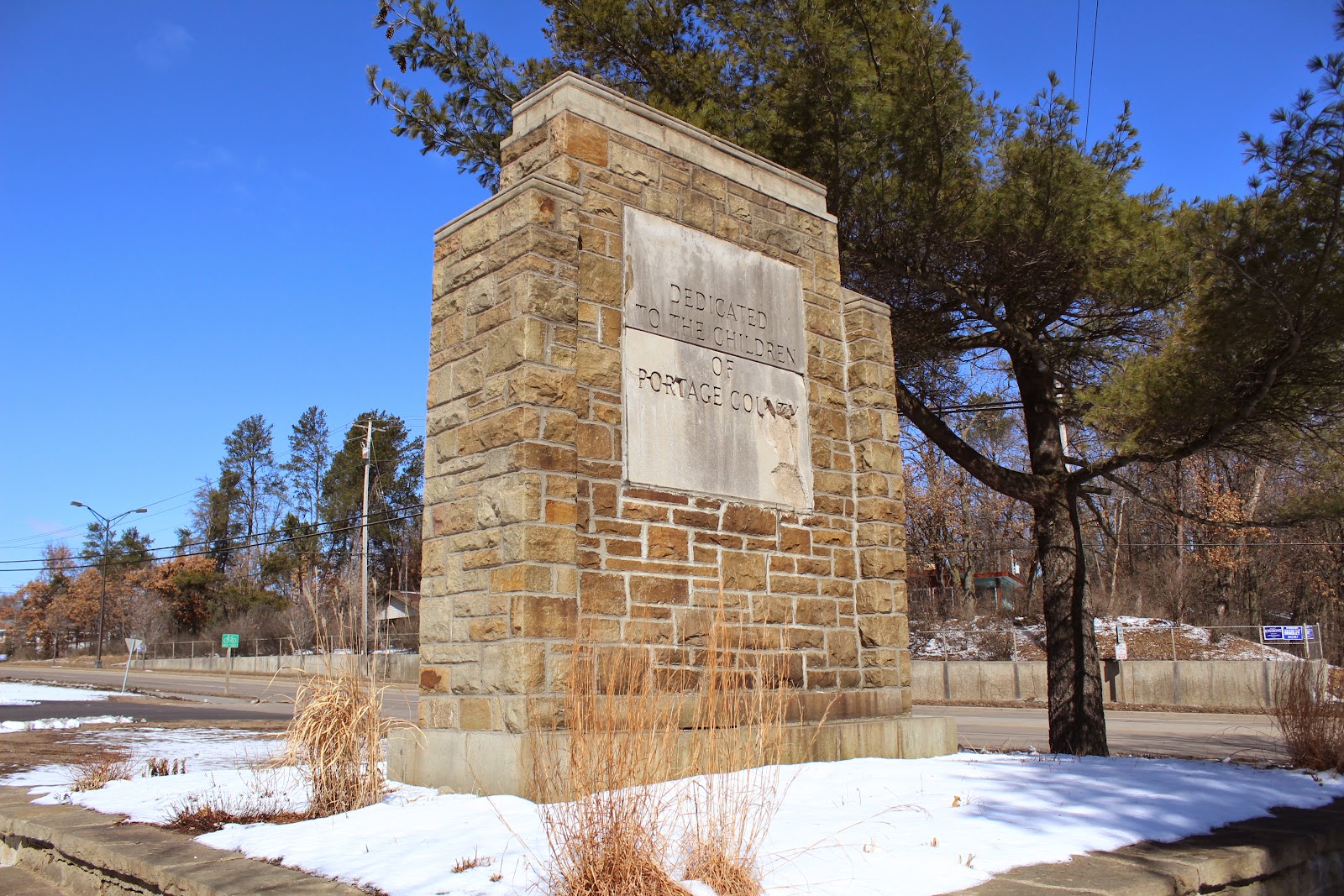