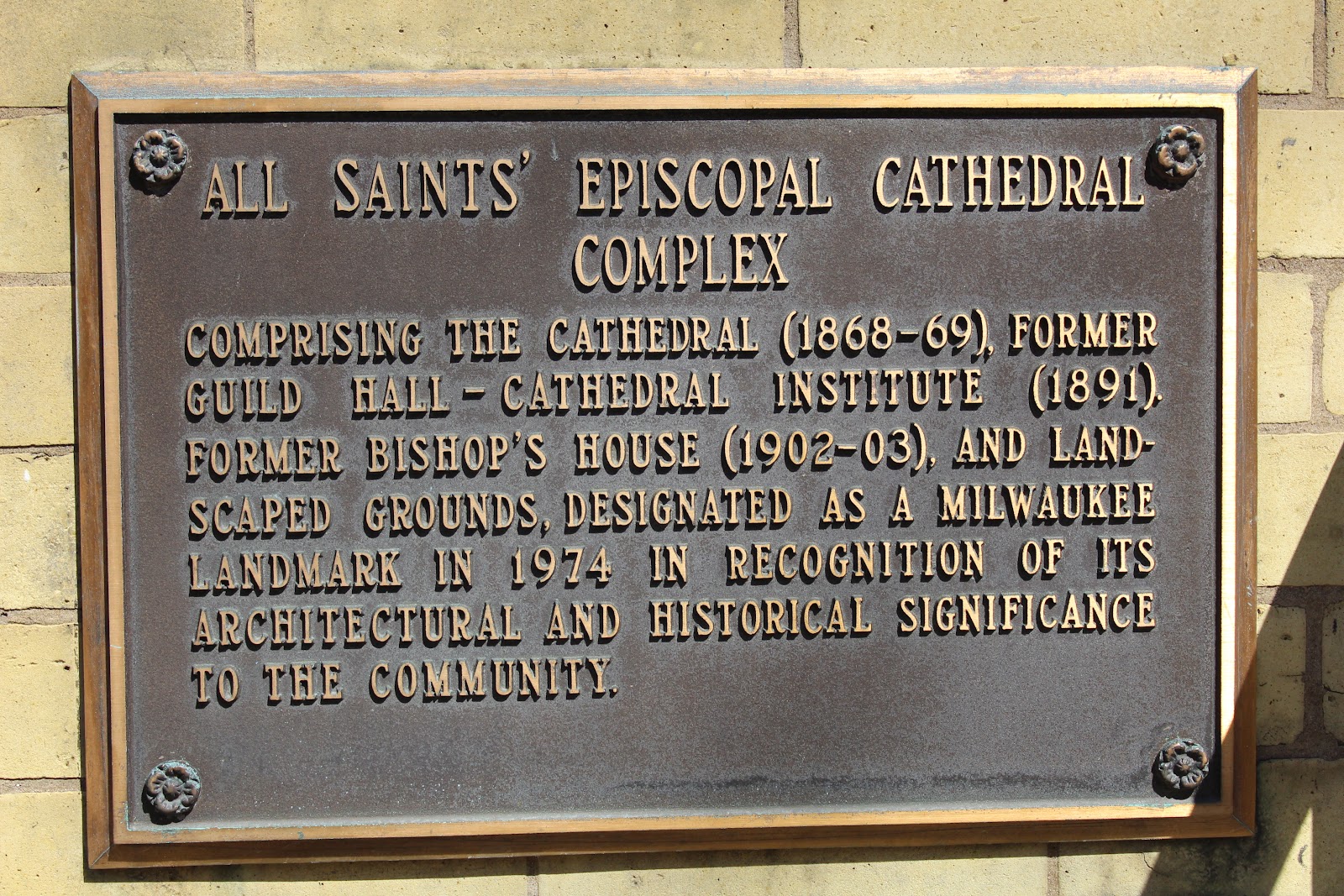 Comprising the Cathedral (1868-69), former Guild Hall – Cathedral Institute (1891), former Bishop’s House (1902-03), and landscaped grounds. Designated as a Milwaukee landmark in 1974 in recognition of its architectural and historical significance to the community.

See also, The Bells of Remembrance and Hope, also at this location.

The small marker is mounted to the facade, to the left of the entrance
(behind the stair rail). 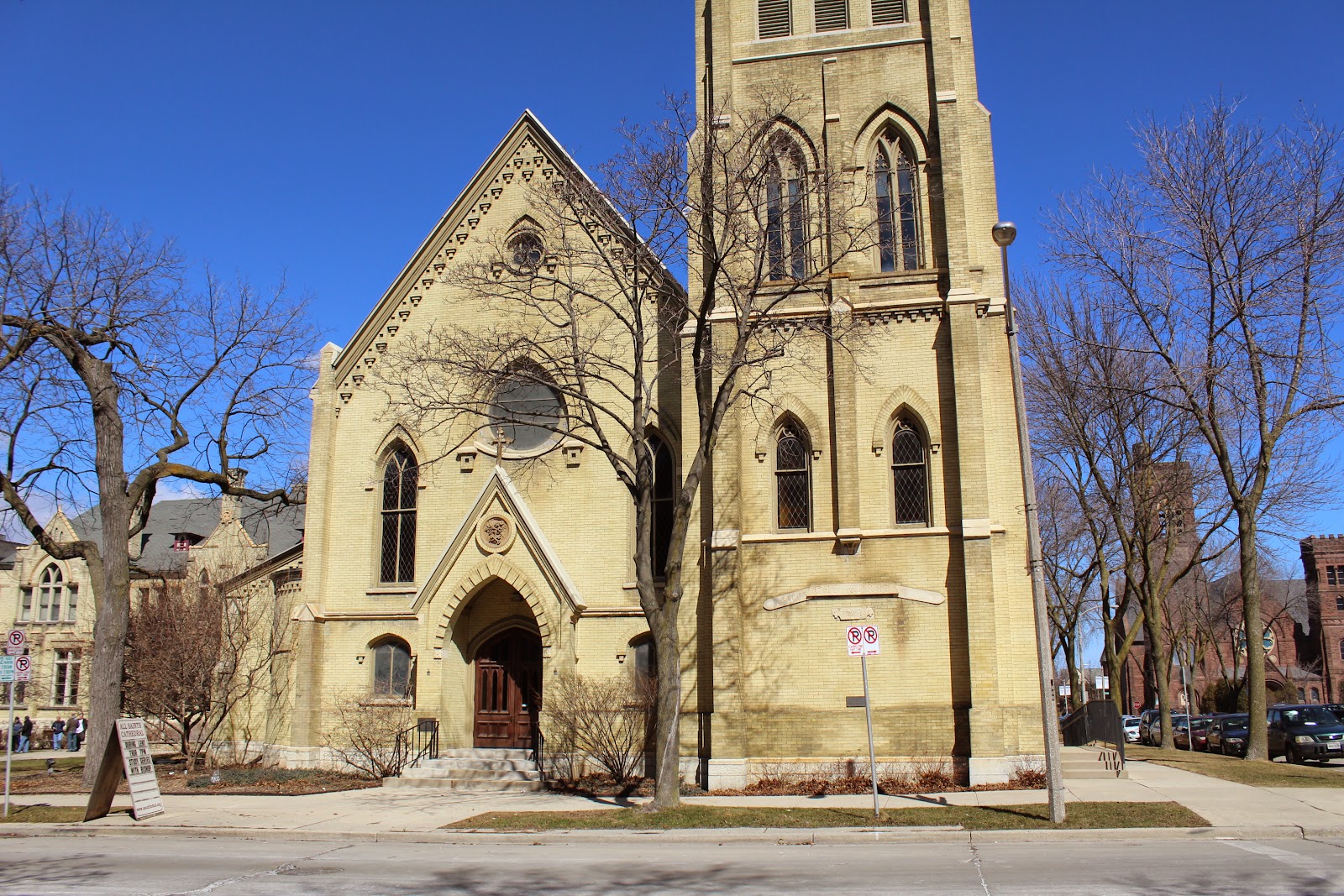 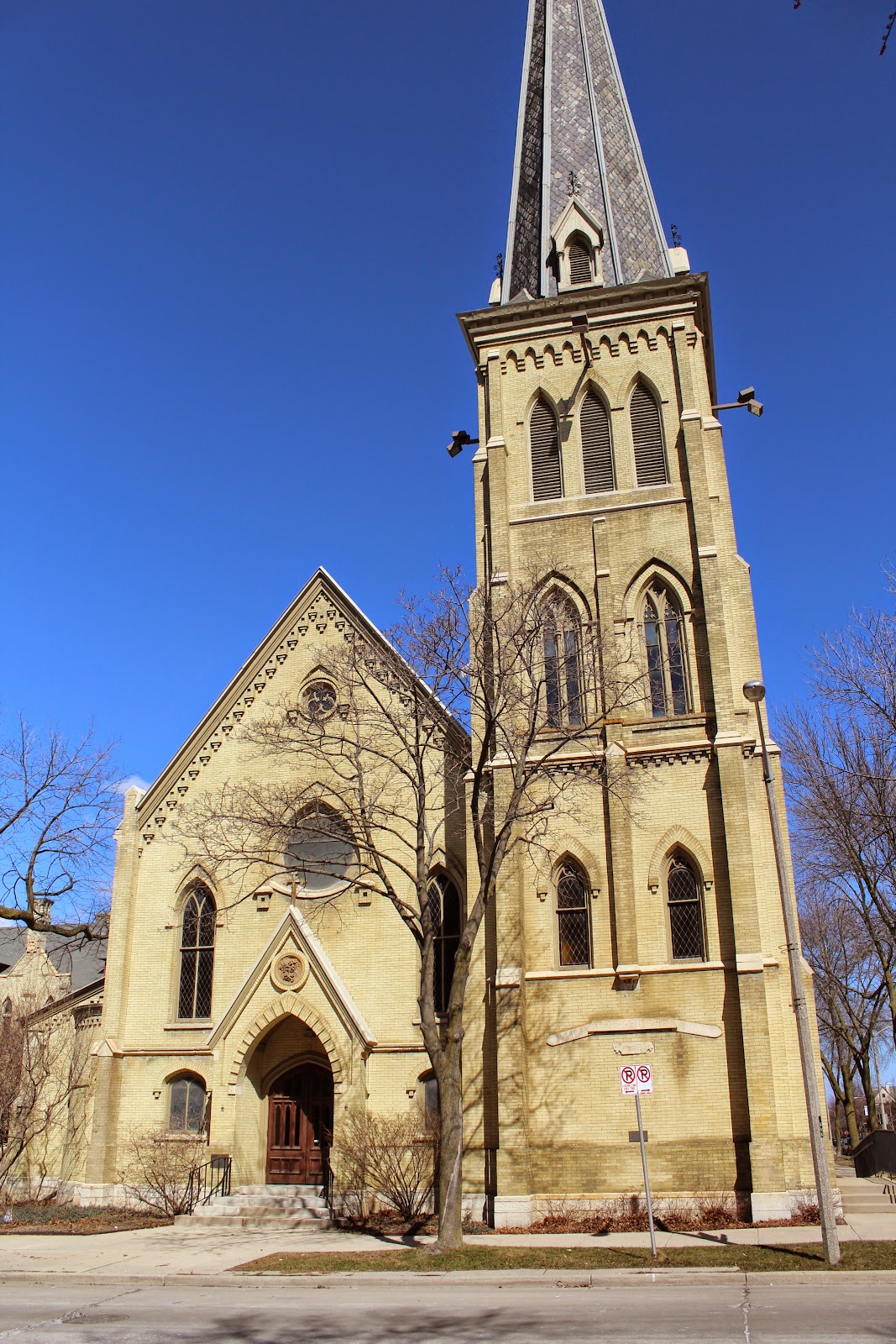 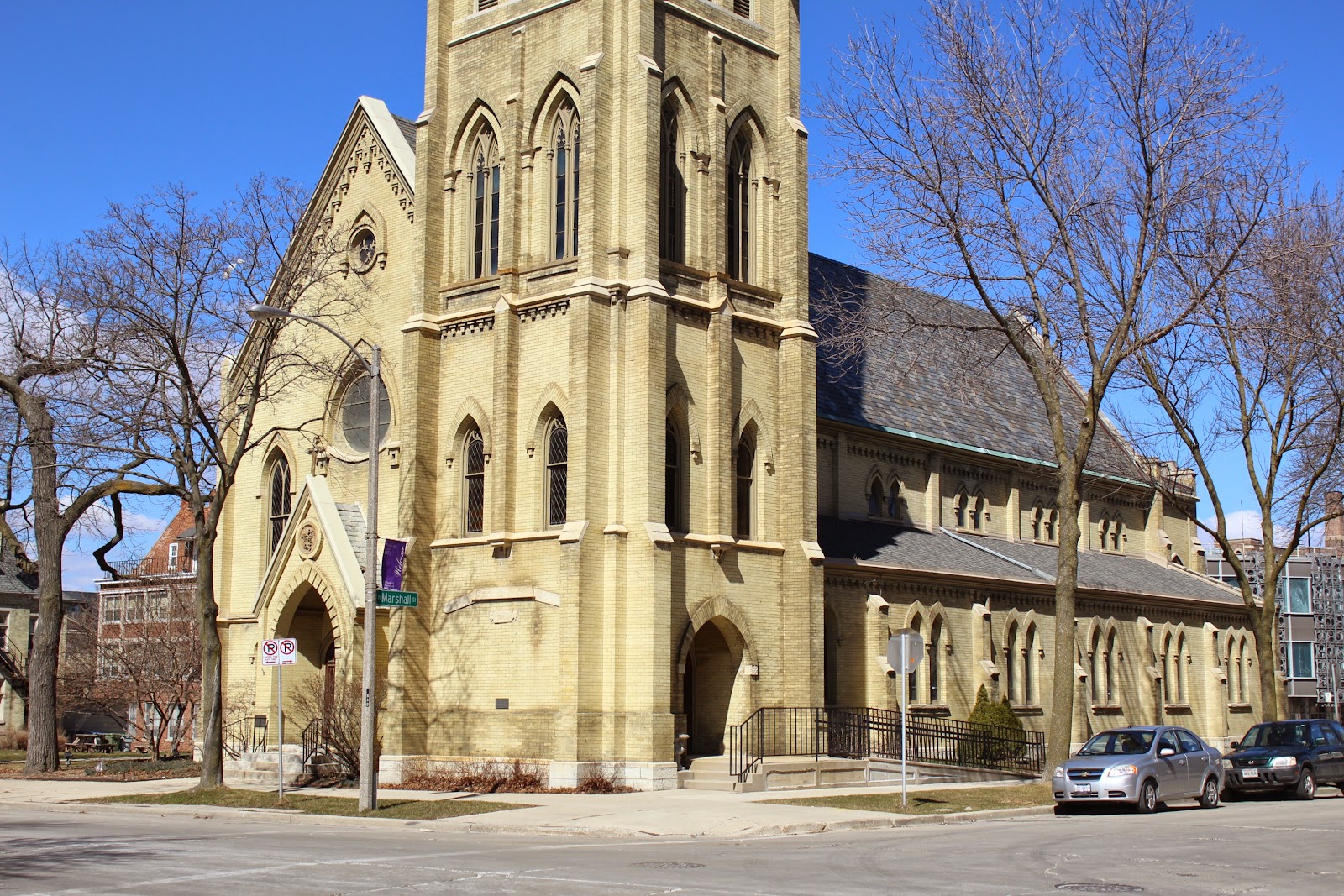 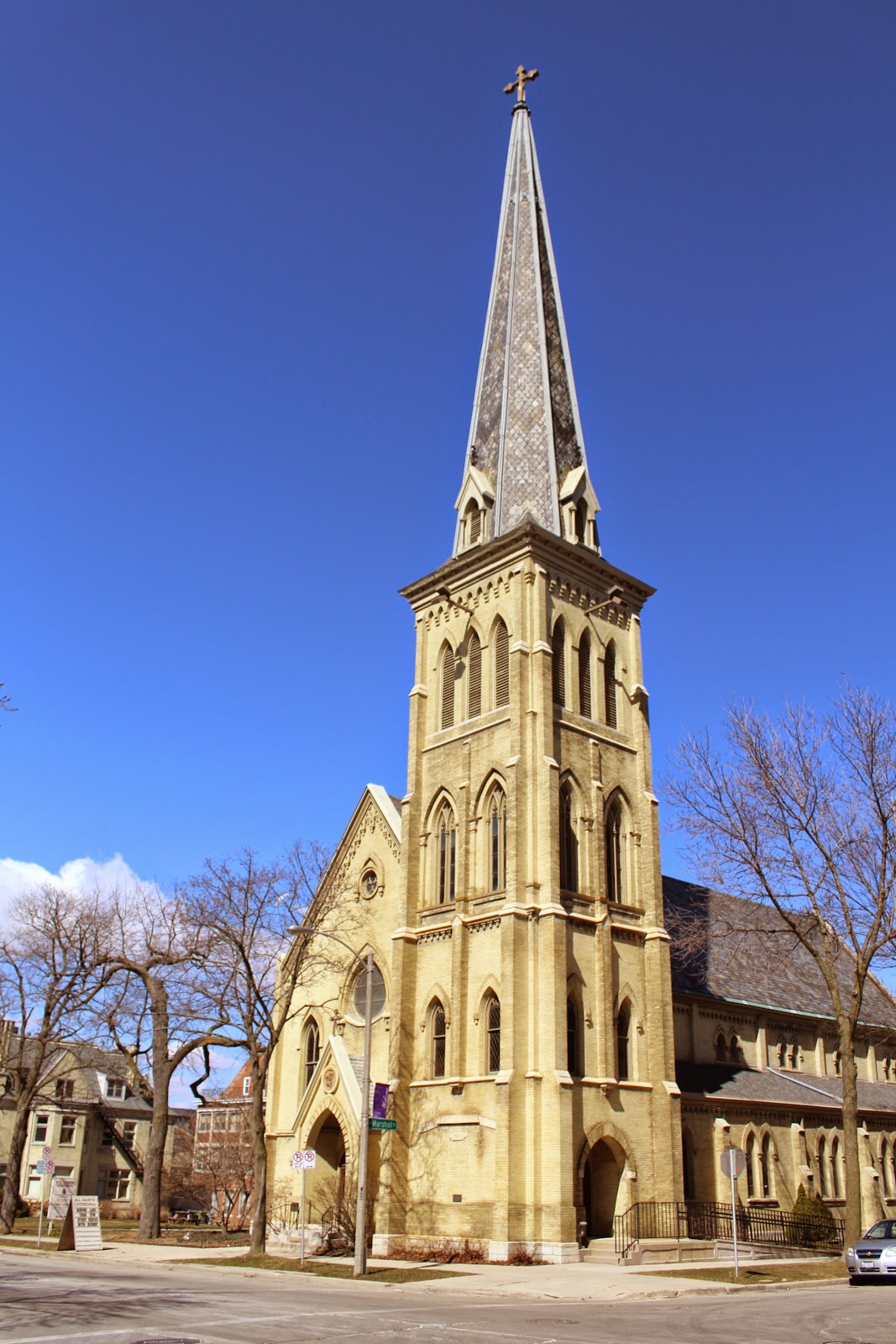 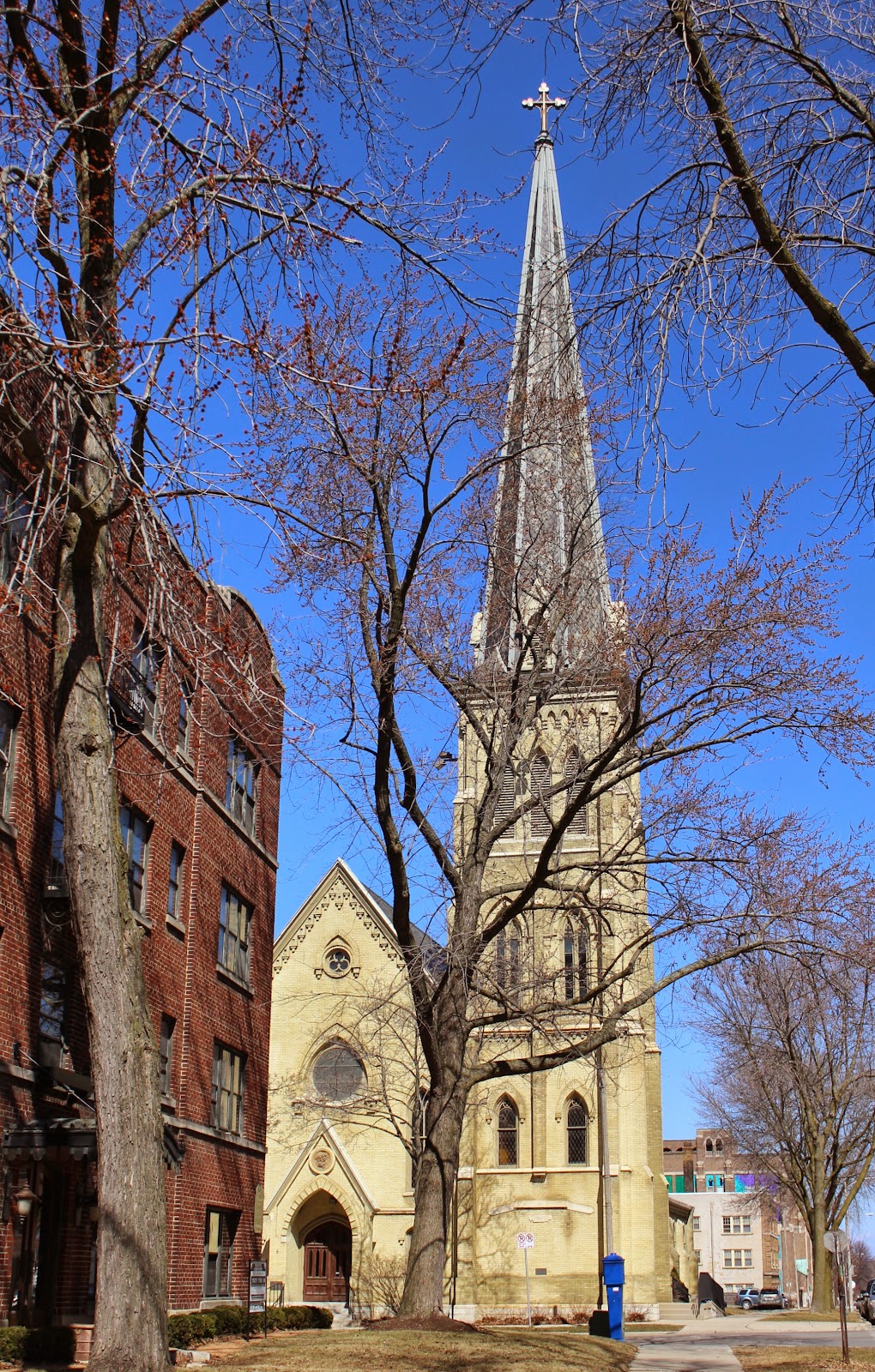 With Guild Hall (mentioned in the marker) in the background. 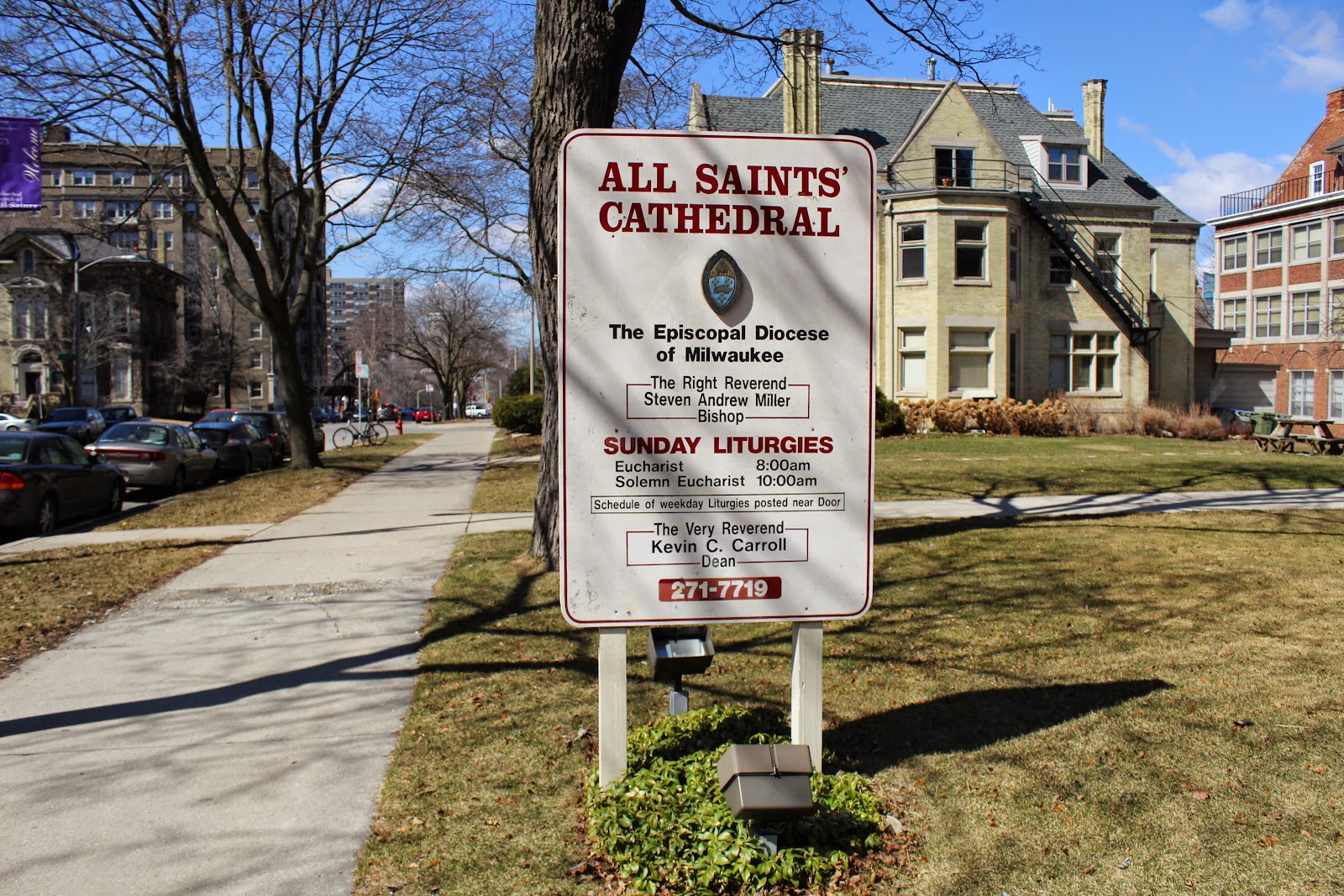