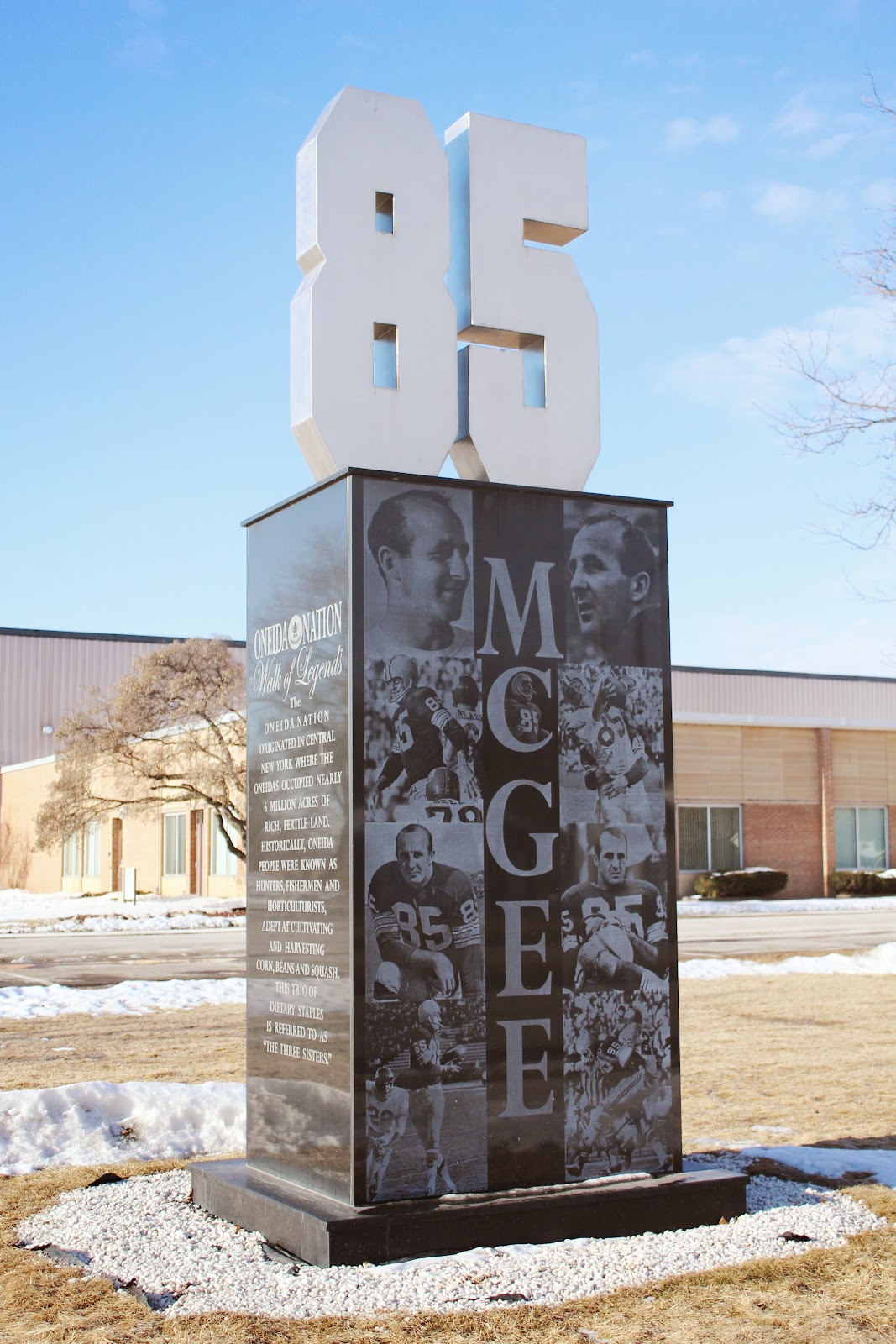 85
His one-handed reception
would lead to the play
for which this Packers wide received
is still known today.
After a large, pre-game night on the town,
he'd score the superbowl's
first-ever toughdown
and usher in the "Glory Years"
for Green Bay.

Both on the football field and
in his off-the-field business,
he made achievement seem effortless.
A natural instinct and ability
to "max"-imize opportunity
would ensure McGee's stellar success.

Skill and fun constitute the claim
to Max McGee's good fortune and fame.
His free spirit will long survive
the great number 85,
a legend in the history o f the game.

The monument is located on the grounds of Hudson Sharp on eastbound Lombardi Avenue / County Highway VK, a smidge west of its intersection with Reggie White Way, at 975 Lombardi Avenue, Green Bay, Wisconsin 54304. 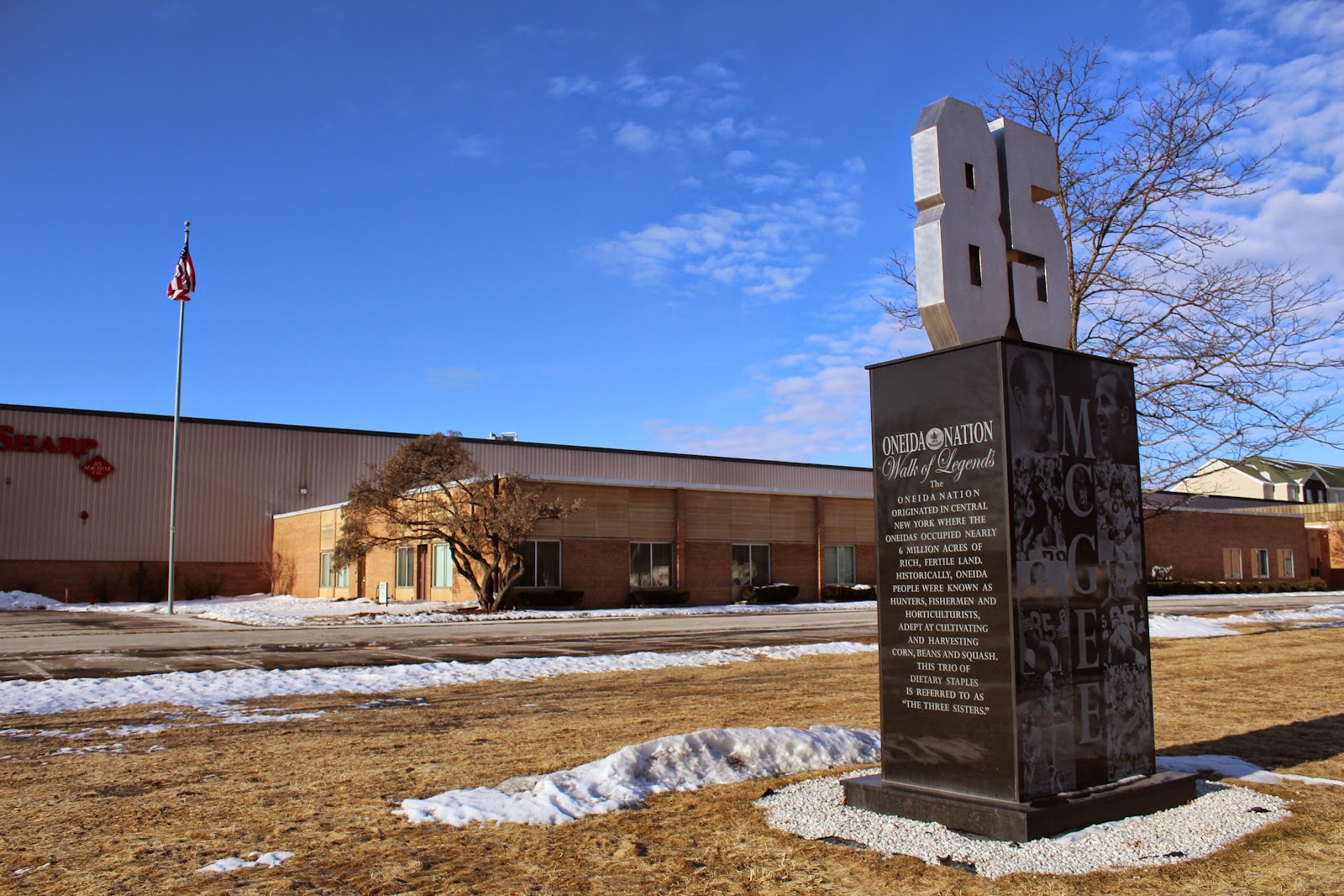 With the Hudson Sharp building in the background. 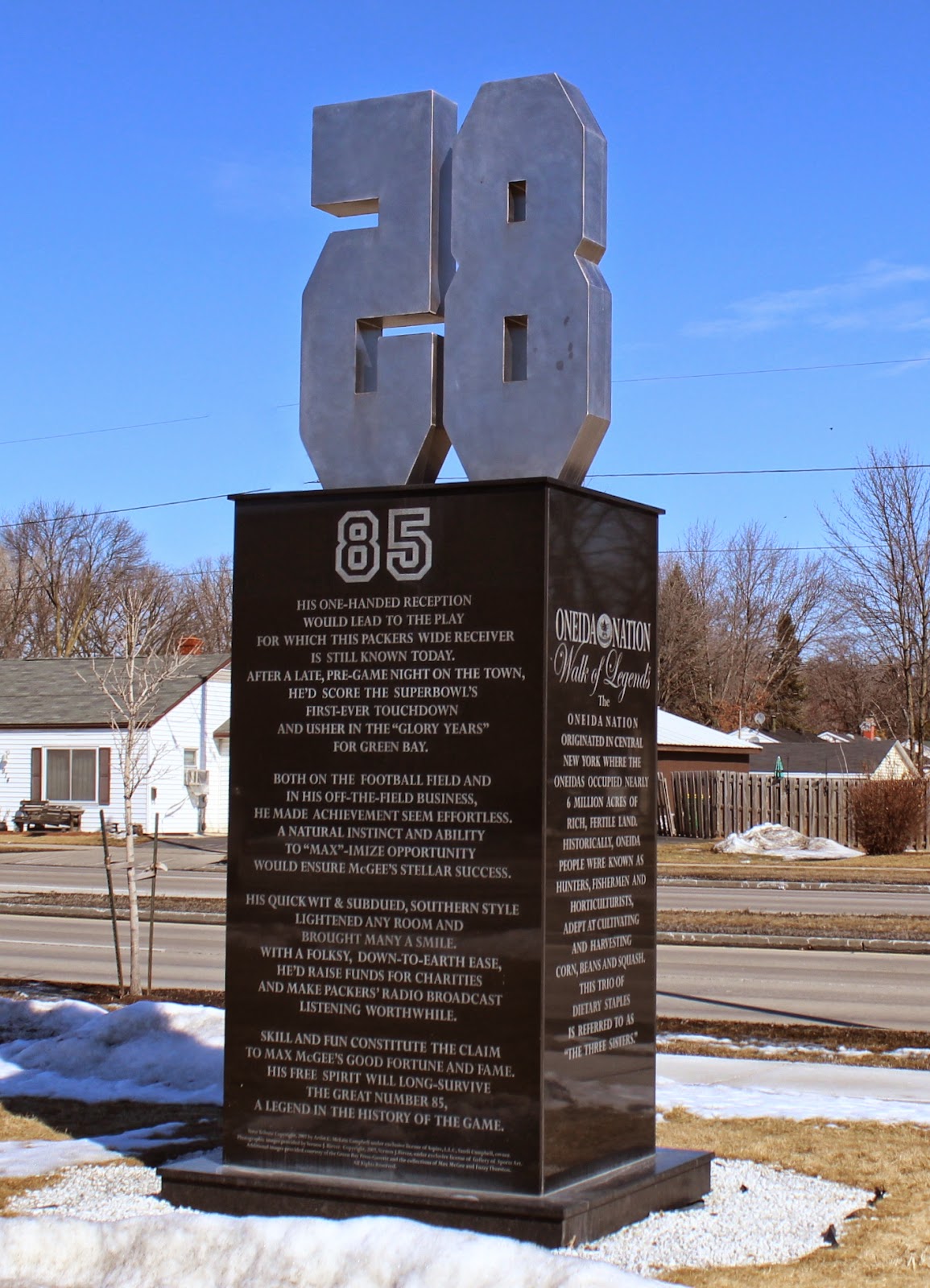 Max McGee scores the first ever Super Bowl touchdown in 1967. 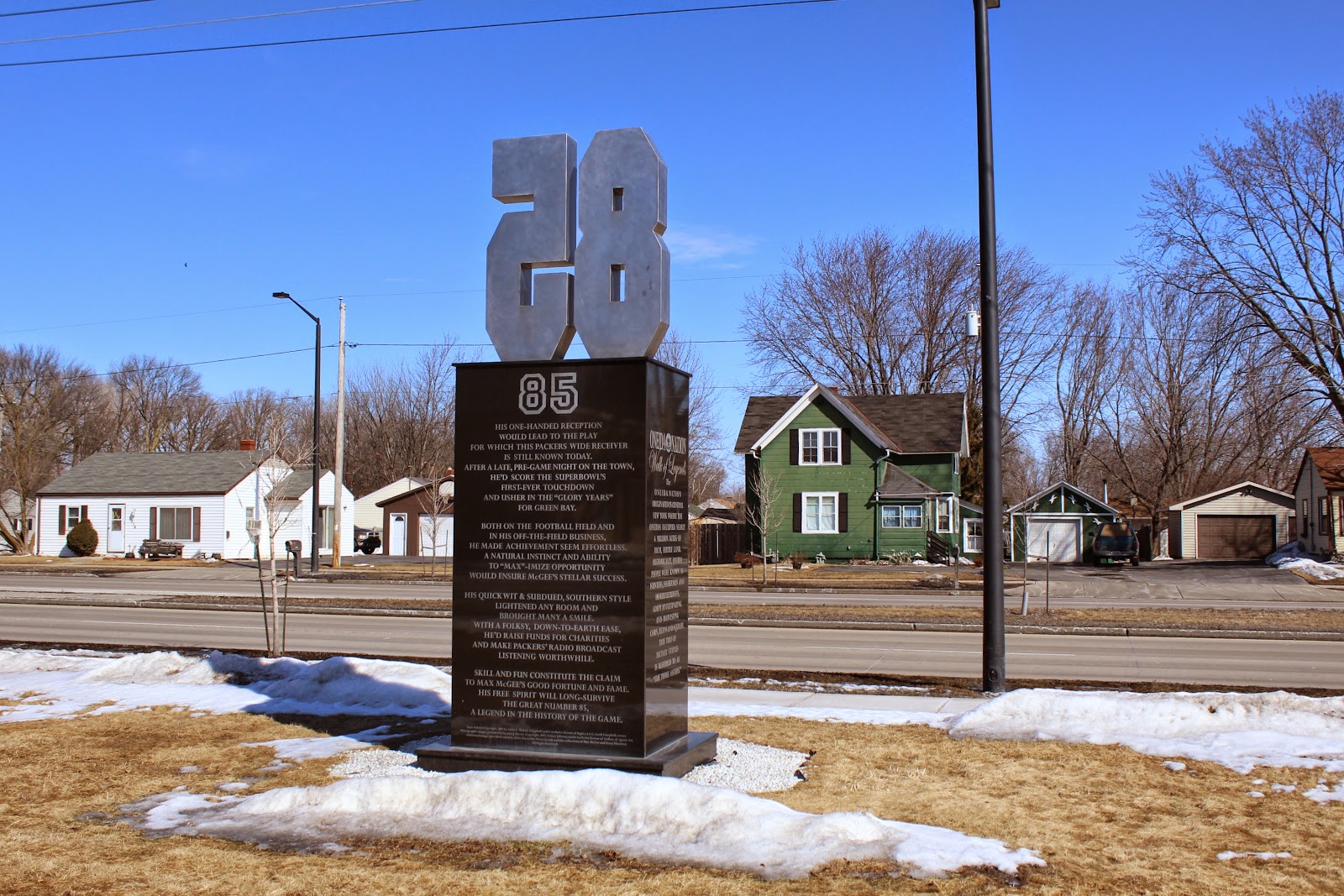 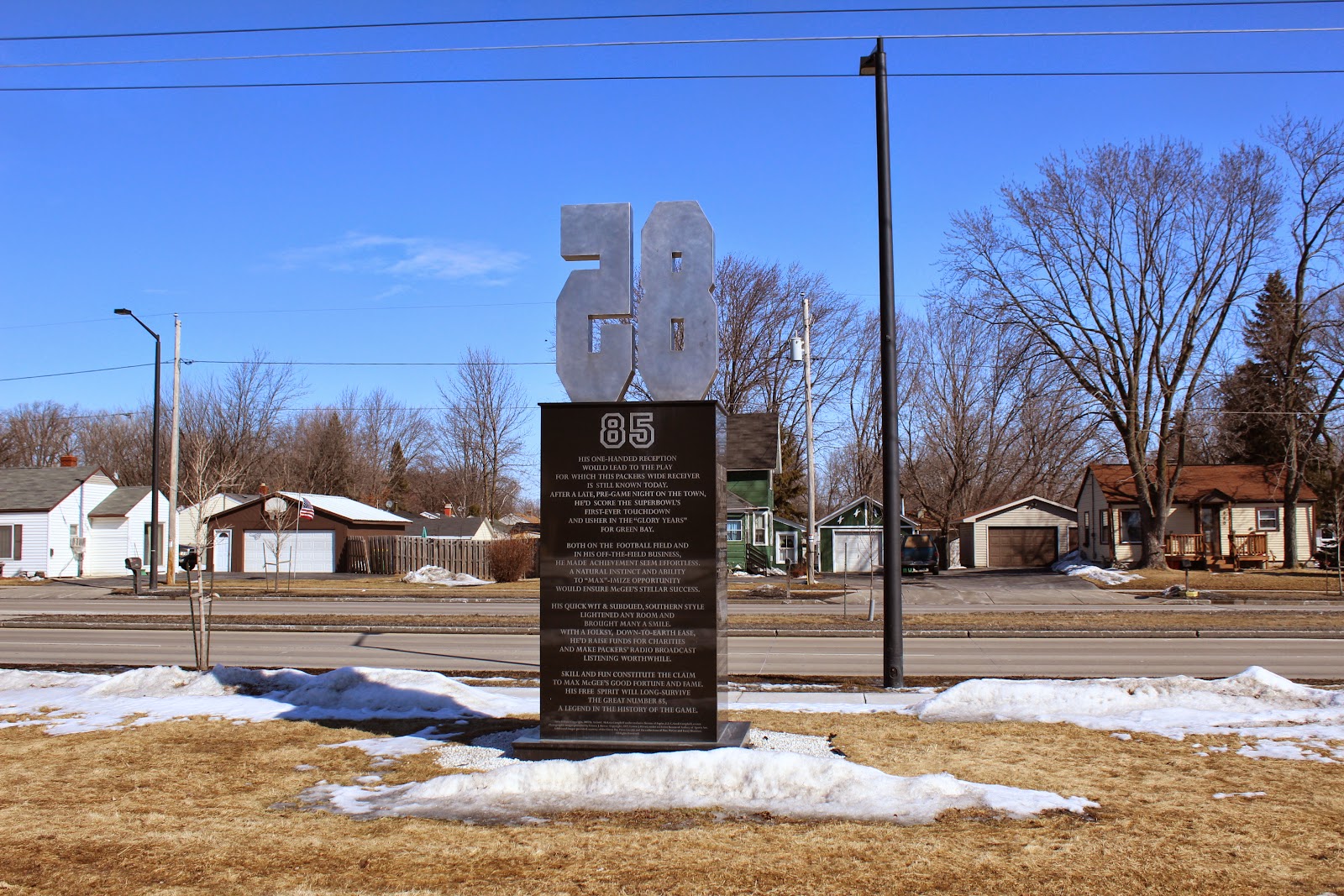 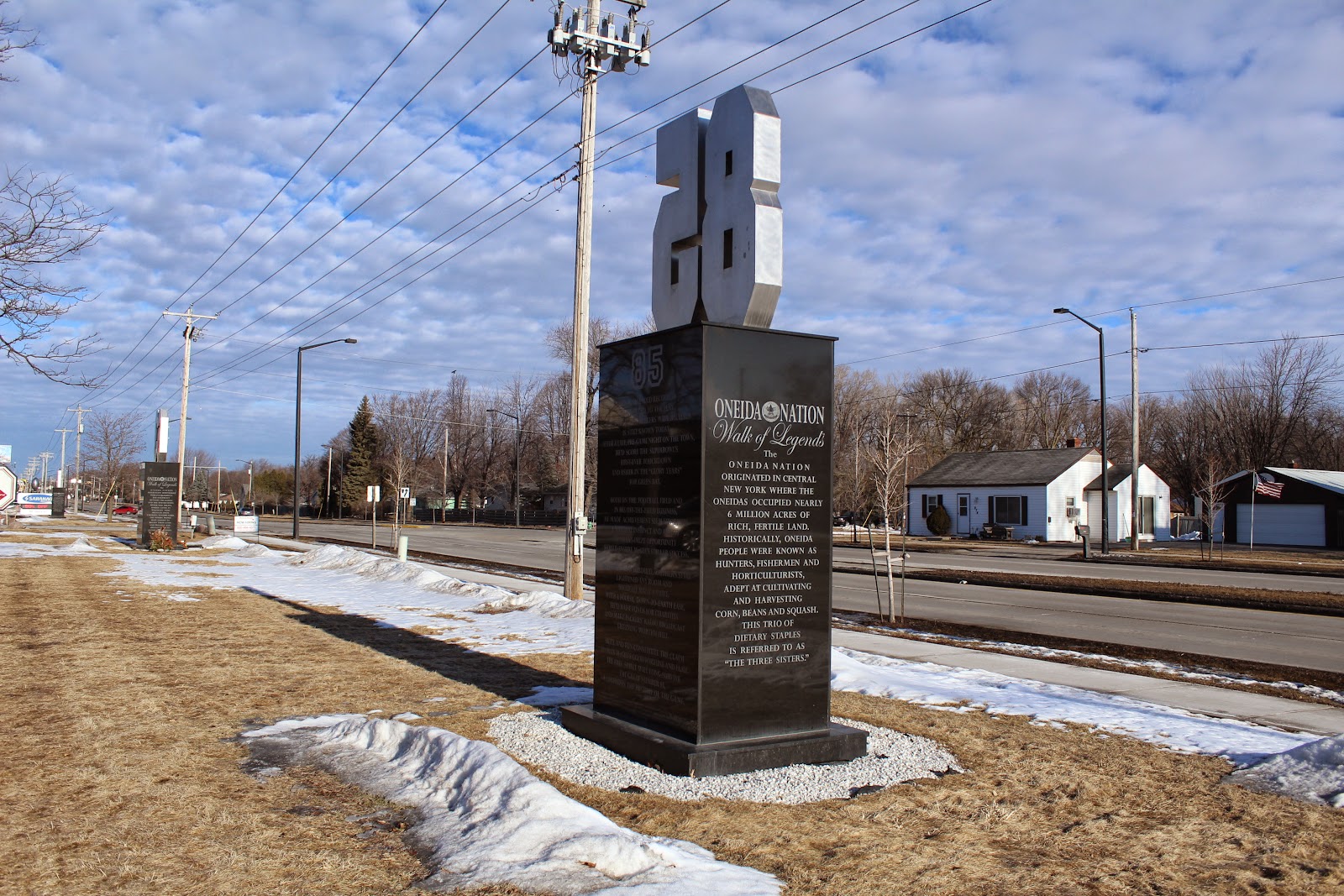 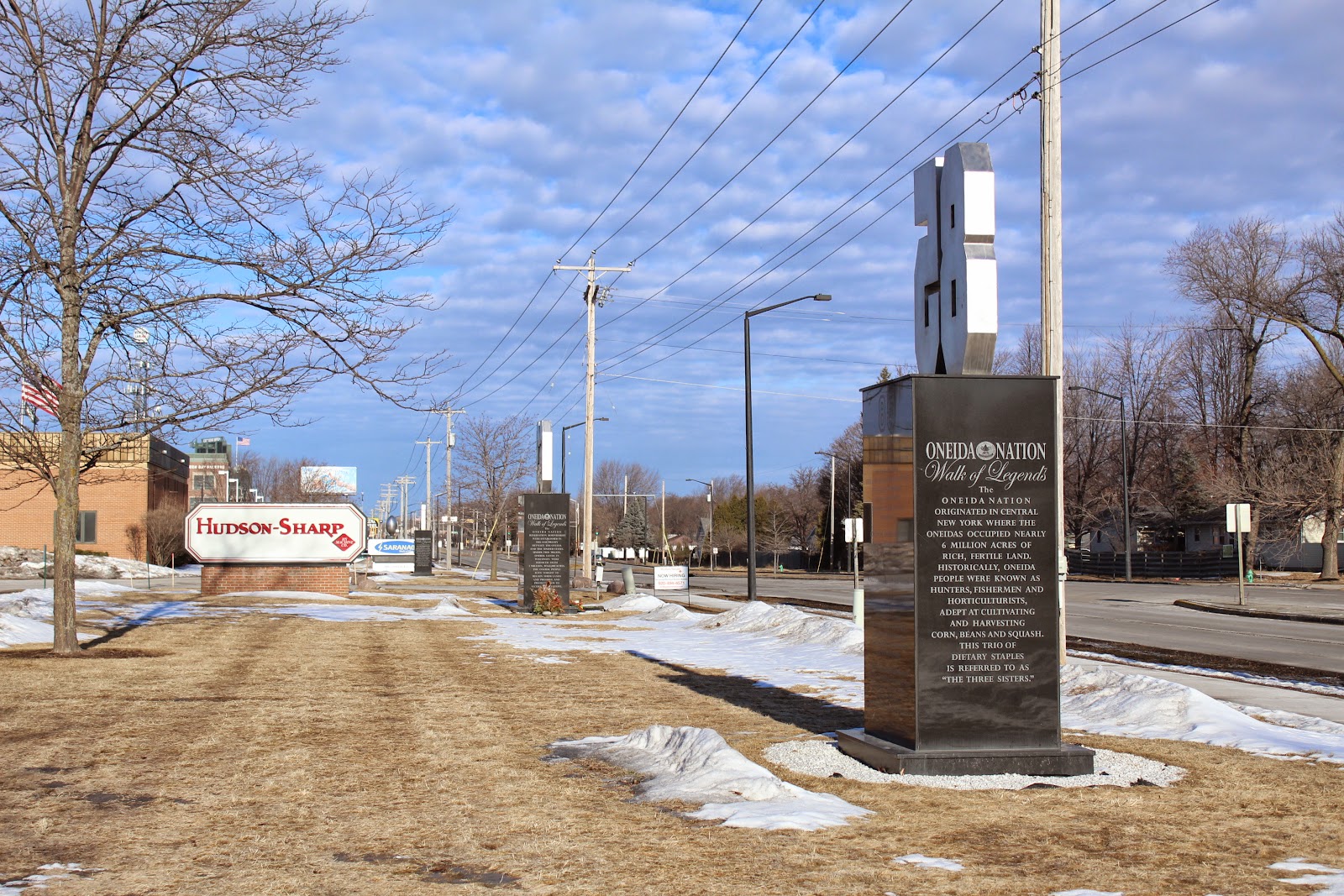 Several monuments, all in a row along Lombardi Avenue. 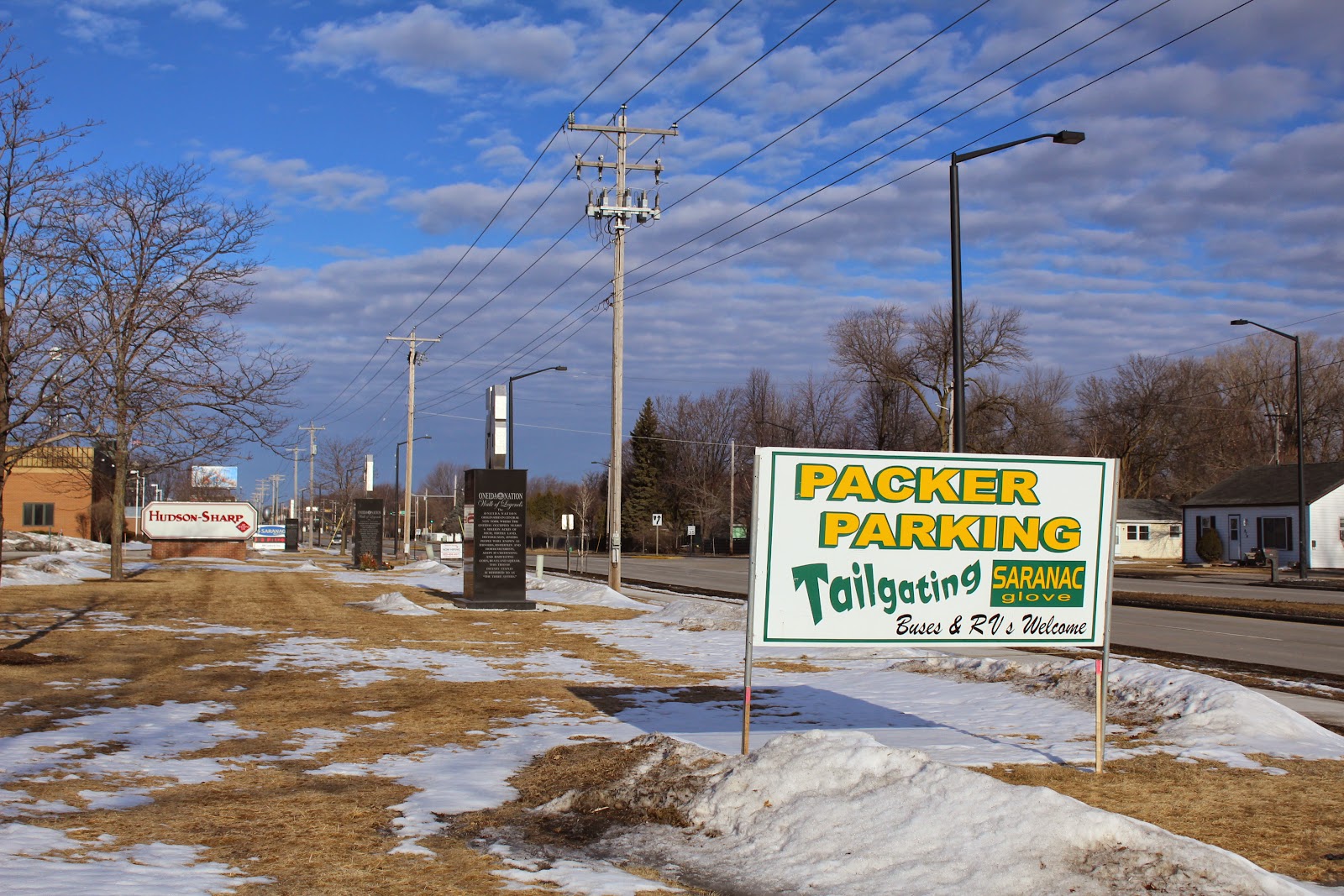