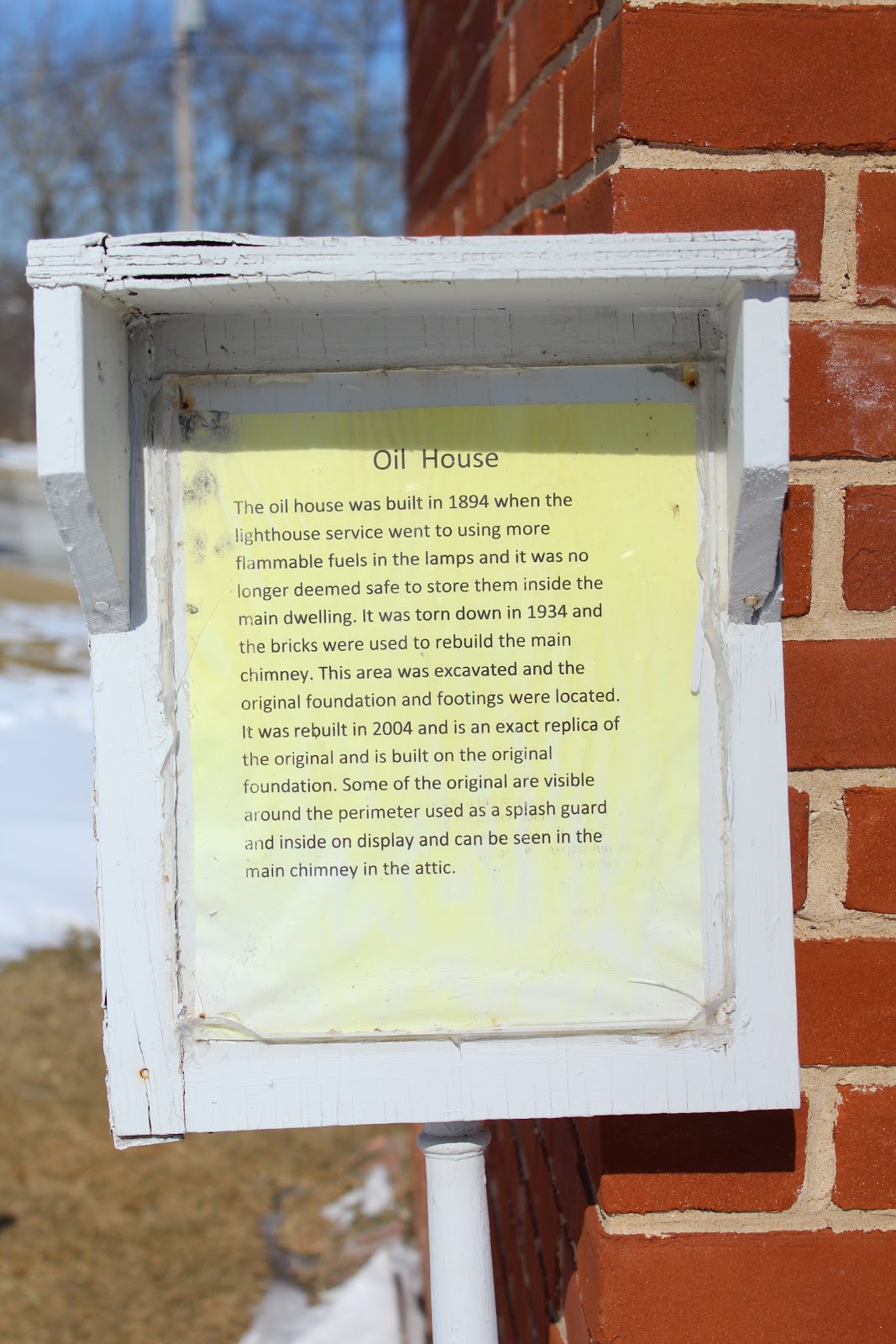 The oil house was built in 1894 when the lighthouse service went to using more flammable fuels in the lamps and it was no longer deemed safe to store them inside the main dwelling. It was torn down in 1934 and the bricks were used to rebuild the main chimney. This area was excavated and the original foundation and footings were located. It was rebuilt in 2004 and it an exact replica of the original and is built on the original foundation. Some of the original are visible around the perimeter used as a splash guard and inside on display and can be seen in the main chimney in the attic.*

*this sentence transcribed exactly as written on the marker

The oil house and marker are located on the grounds of the Port Washington Light Station located at 311 Johnson Street, Port Washington, Wisconsin 53074.

The lighthouse is home to the Port Washington Historical Society. 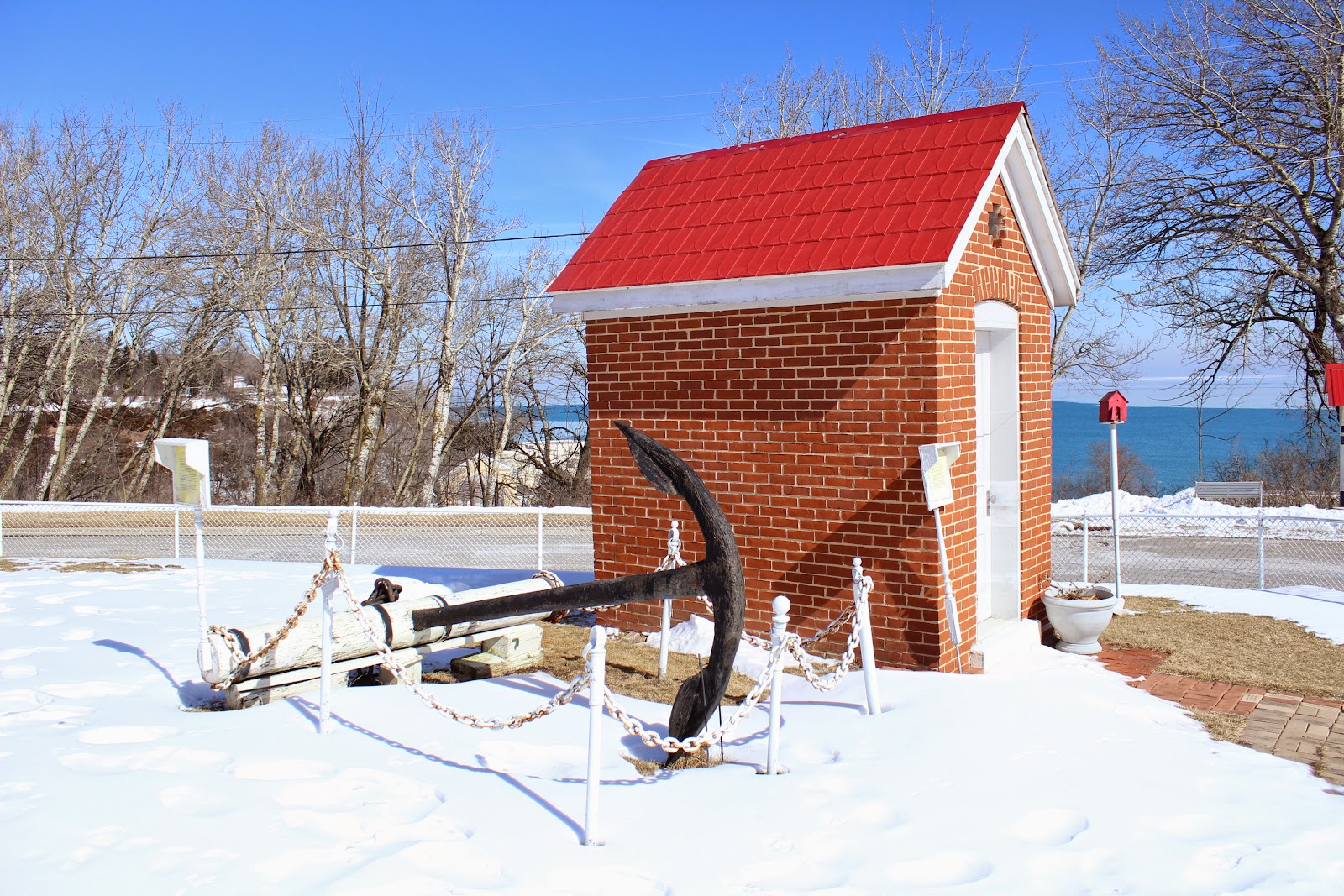 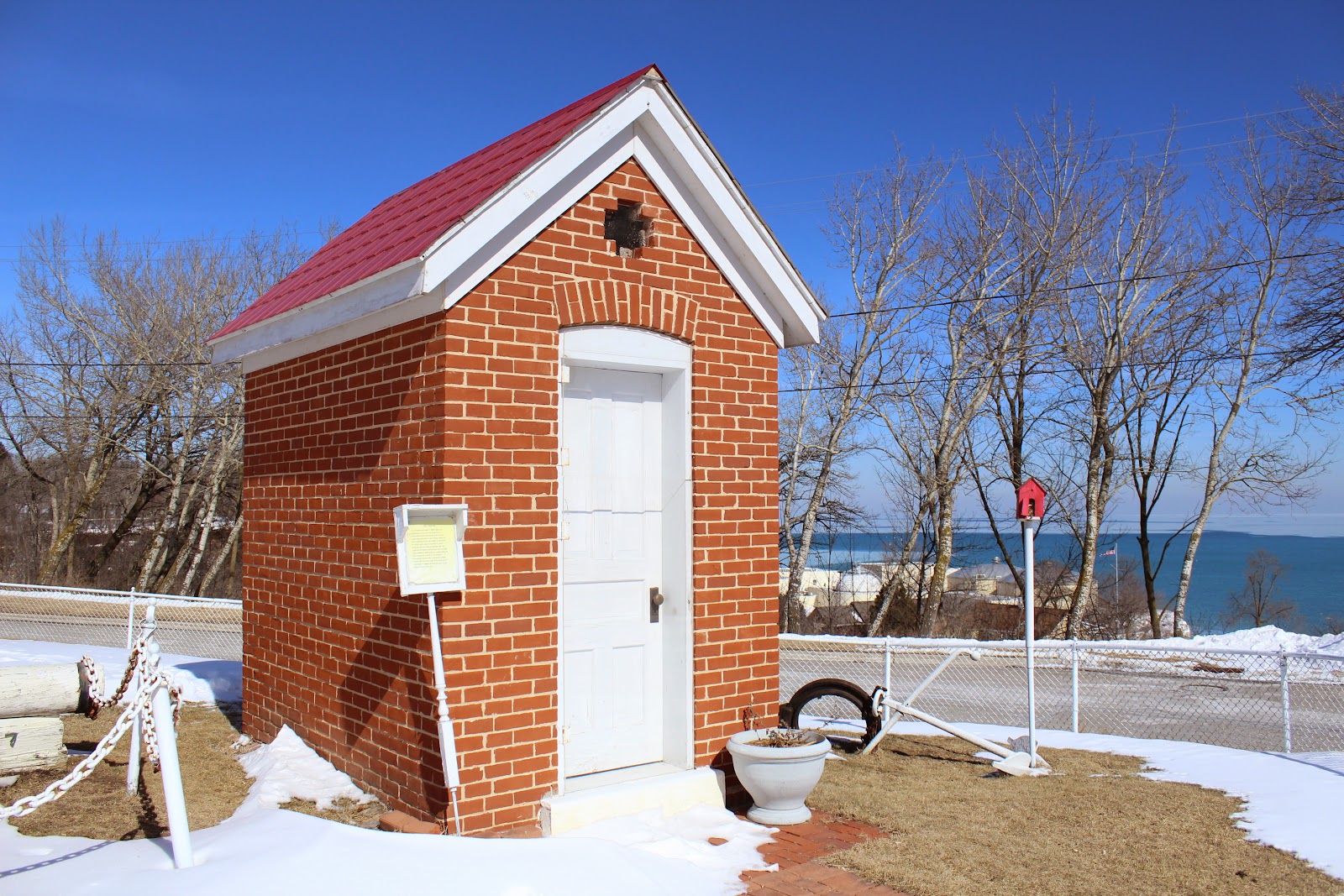 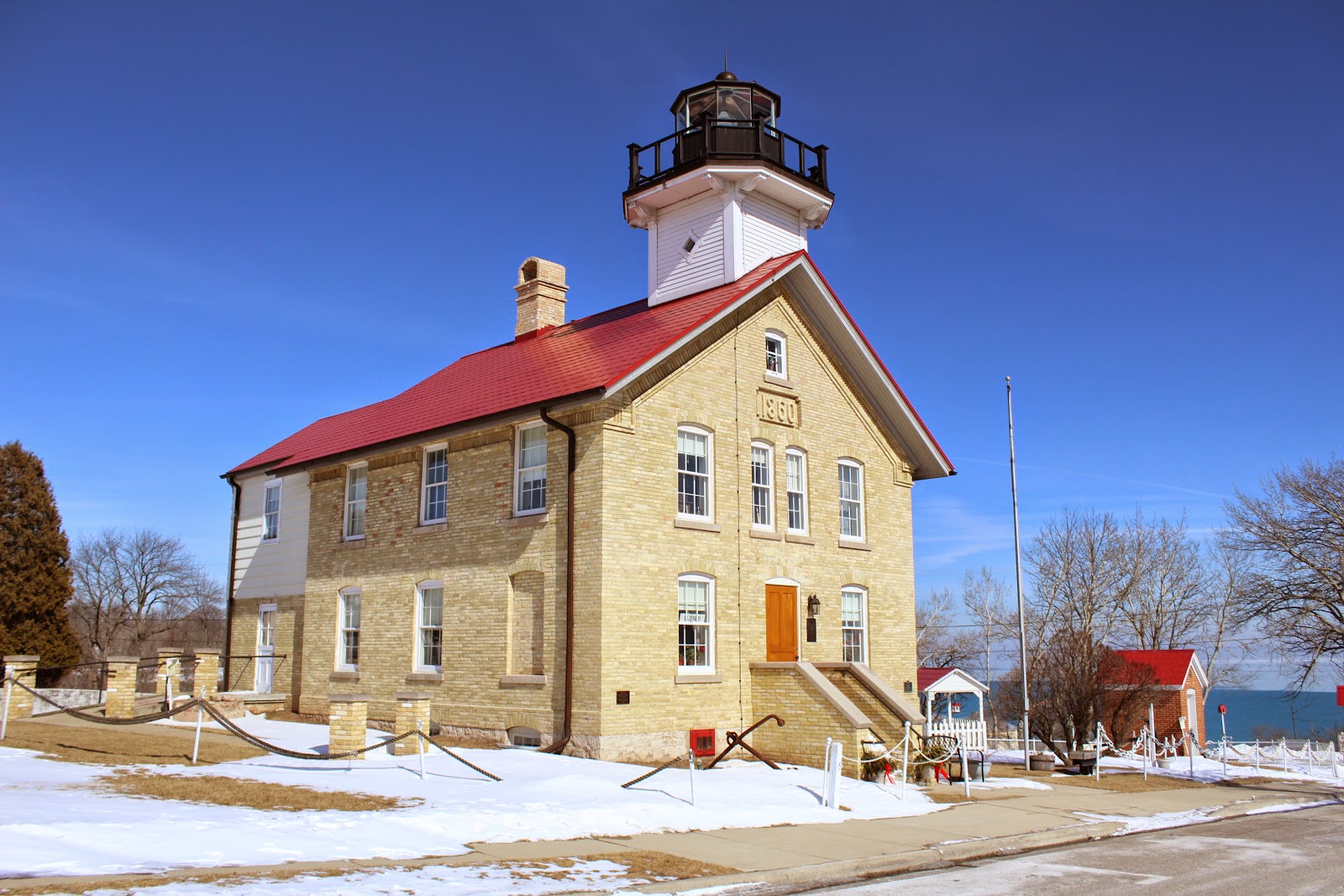