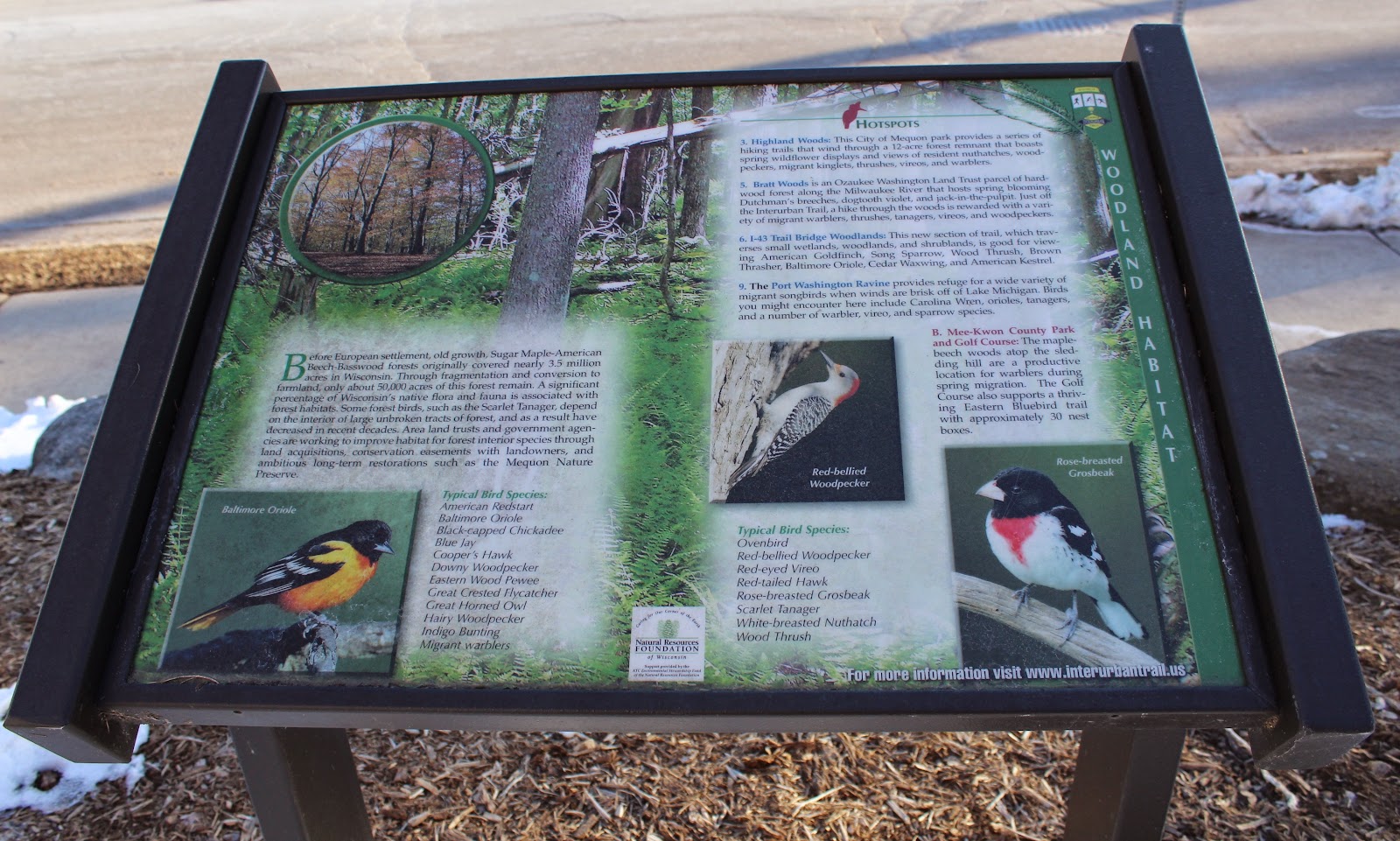 Before European settlement, old growth, Sugar Maple-American Beech-Basswood forests originally covered nearly 3.5 million acres of Wisconsin. Through fragmentation and conversion to farmland, only about 50,000 acres of this forest remain. A significant percentage of Wisconsin's native flora and fauna is associated with forest habitats. Some forest birds, such as the Scarlet Tanager, depend on the interior of large unbroken tracts of forest, and as a result have decreased in recent decades. Area land trusts and government agencies are working to improve habitat for forest interior species through land acquisitions, conservation easements with landowners, and ambitious long-term restorations such as the Mequon Nature Preserve.

5. Bratt Woods is an Ozaukee Washington Land Trust parcel of hardwood forest along the Milwaukee River that hosts spring blooming, Dutchman's breeches, dogtooth violet, and jack-in-the-pulpit. Just off the Interurban Trail, a hike through the woods is rewarded with a variety of migrant warblers, thrushes, tanagers, vireos, and woodpeckers.

9. The Port Washington Ravine provides refuge for a wide variety of migrant songbirds when winds are brisk off Lake Michigan. Birds you might encounter here include Carolina Wren, orioles, tanagers, and a number of warbler, vireo, and sparrow species.

B. Mee-Kwon County Park and Golf Course: The maple-beech woods atop the sledding hill are a productive location for warblers during spring migration. The Golf Course also supports a thriving Eastern Bluebird trail with approximately 30 next boxes.

The marker is at the East Jackson Street entrance / exit of the Ozaukee Interurban Trail and is accessible from westbound East Jackson Street, west of its intersection with North Lake Street Port, Port Washington, Wisconsin 53074. 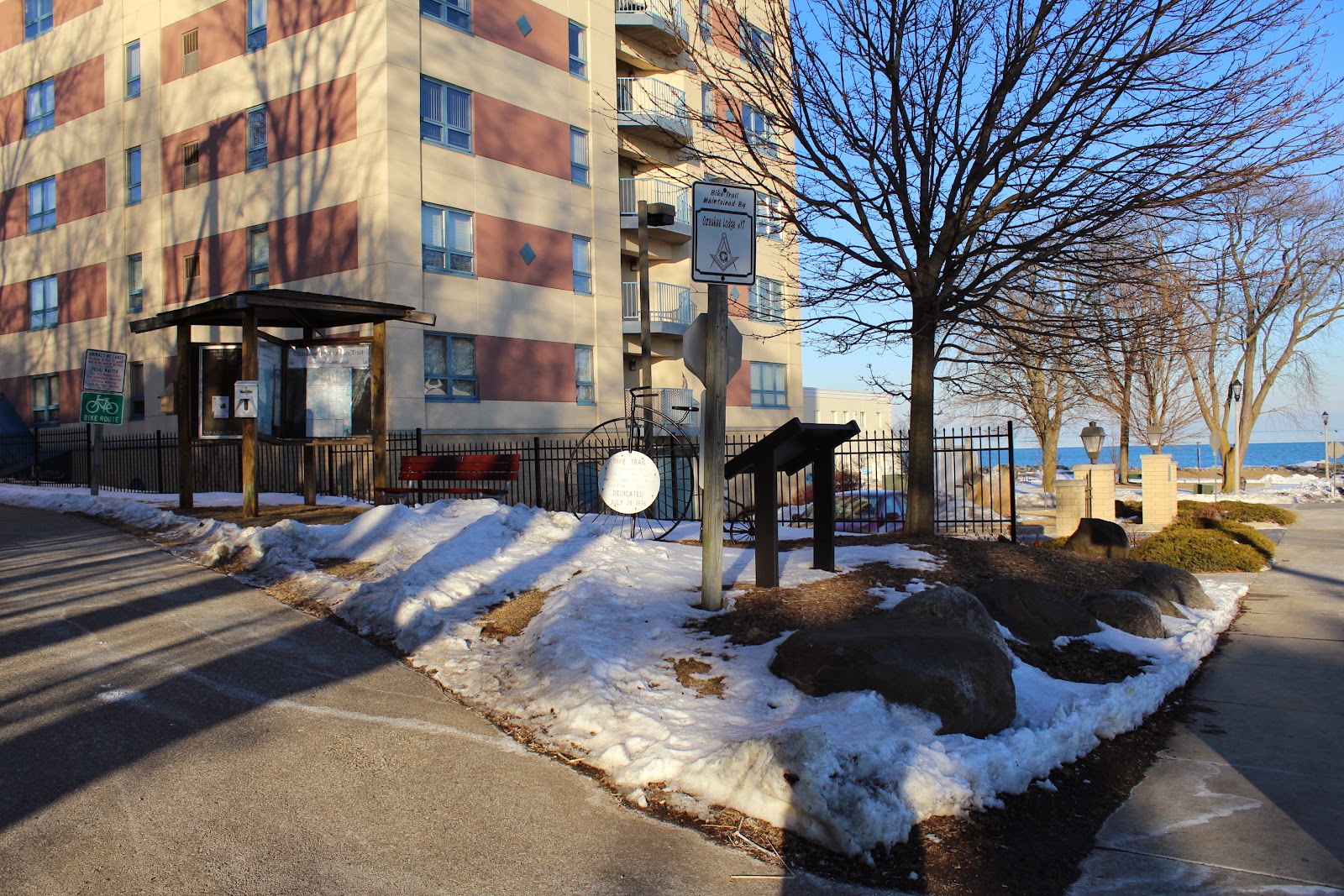 The marker is at the entrance to the Ozaukee Interurban Trail
in Port Washington, Wisconsin.