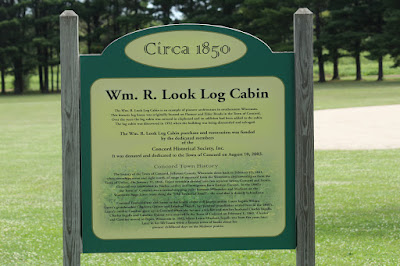 The Wm. R. Look Log Cabin is an example of pioneer architecture in southeastern Wisconsin. This historic log home was originally located on Pioneer and Elder Roads in the Town of Concord. Over the years the log cabin was covered in clapboard and an addition had been added to the cabin. The log cabin was discovered in 1992 when the building was being dismantled and salvaged.

The Wm. R. Look Log Cabin purchase and restoration was funded by the dedicated members of the Concord Historical Society, Inc.

It was donated and dedicated to the Town of Concord on August 10, 2003.

The history of the Town of Concord, Jefferson County, Wisconsin dates back to February 12, 1841, when townships seven and eight north, of range 16 separated from the Watertown civil township to form the Town of Union. On January 21, 1846, Union township divided into two separate towns, Concord and Ixonia. Concord was established by Yankee settlers and immigrants from Eastern Europe. In the 1840's the Town of Concord was a central stopping point between Milwaukee and Madison on the Wisconsin Stage Lines route along the "Old Territorial Road" -- the road that is directly behind you.

Concord Township was also home to the family of the well known author Laura Ingalls Wilder. Laura's grandmother Charlotte Quiner and Lansford Ingalls, her paternal grandfather settled here in the 1840's. Laura's mother Caroline grew up in Concord where she became a teacher and met her husband Charles Ingalls. Charles Ingalls and Caroline Quiner were married in the Town of Concord on February 1, 1860. Charles and Caroline moved to Pepin, Wisconsin in 1862, where Laura Elizabeth Ingalls was born five years later. Later in her life Laura wrote a famous series of books about her pioneer childhood days on the Midwest prairie. 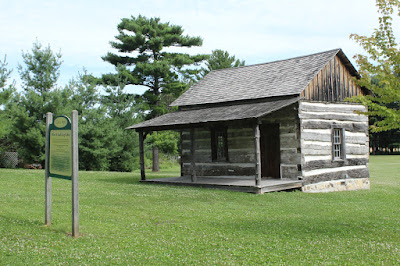 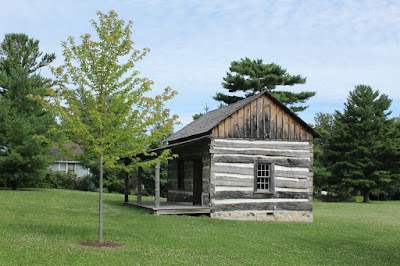 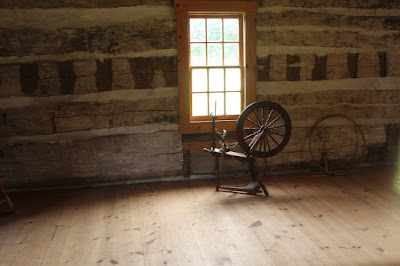 A peek inside the cabin. 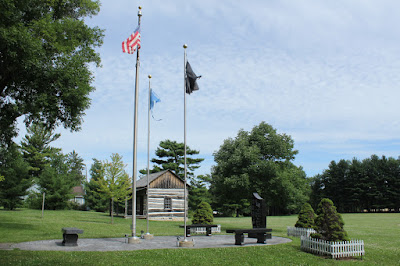 The Town of Concord Veterans Memorial is also at this location. 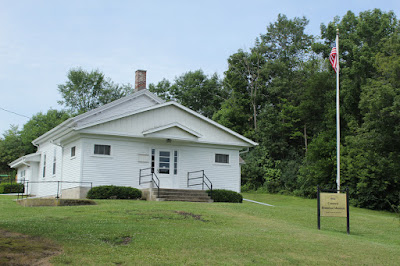 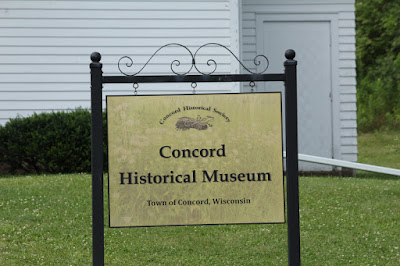 The marker and cabin are located in Sullivan, Wisconsin.