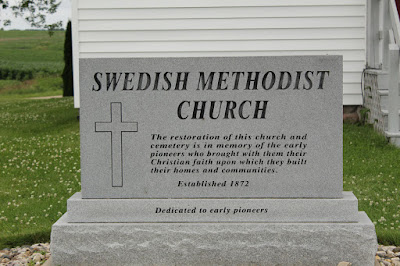 
[The front of the monument:]

The restoration of this church and cemetery is in memory of the early pioneers who brought with them their Christian faith upon which they built their homes and communities. 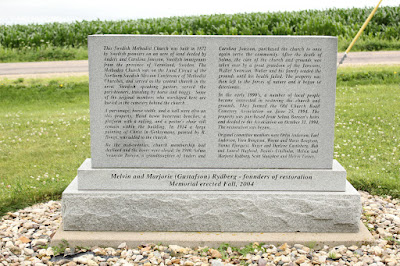 [The back of the monument:]

This Swedish Methodist Church was built in 1872 by Swedish pioneers on an acre of land deeded by Anders and Carolina Johnson, Swedish immigrants from the province of Varmland, Sweden. The Methodist Church was on the Lund Circuit of the Northern Swedish Mission Conference of Methodist Churches, and served as the central church in the area. Swedish speaking pastors served the parishioners, traveling by horse and buggy. Some of the original members who worshiped here are buried in the cemetery behind the church.

A parsonage, horse stable, and a well were also on this property. Hand hewn butternut benches, a platform with a railing, and a pastor's chair still remain within the building. In 1914 a large painting of Christ in Gethsemane, painted by R. Ronge, was added to the church.

By the mid-twenties, church membership had declined and the doors were closed. In 1940, Selma Swanson Boreen, a granddaughter of Anders and Carolina Jonsson, purchased the church to once again serve the community. After the death of Selma, the care of the church and grounds was taken over by a great grandson of the Jonssons, Walter Swanson. Walter and his family tended the grounds until his health failed. The property was then left to the forces of nature and it began to deteriorate.

In the early 1990's, a number of local people became interested in restoring the church and grounds. They formed the Old Church Road Cemetery Association on June 25, 1994. The property was purchased from Selma Boreen's heirs and deeded to the Association on October 31, 1994. The restoration was begun.

The memorial is located at the Swedish Methodist Church on the northwest corner of the intersection of 70th Avenue and County Road Cc, at 701 County Road Cc, Plum City, Wisconsin 54761.

Wikipedia: Värmland
Värmland is an historical province or landskap in the west of middle Sweden. 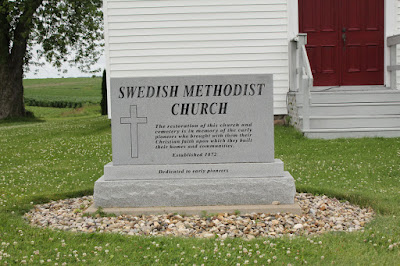 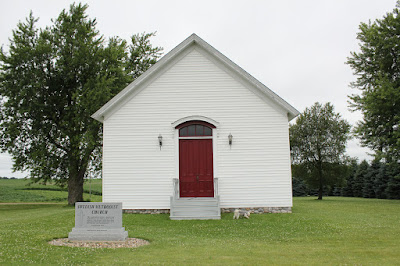 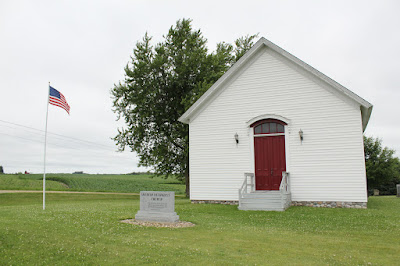 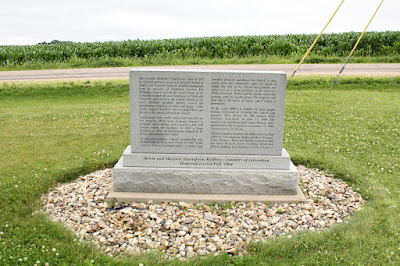 Location of the Swedish province of Värmland
This file is licensed under the Creative Commons
Attribution-Share Alike 2.5 Generic license.
Click here for more information. 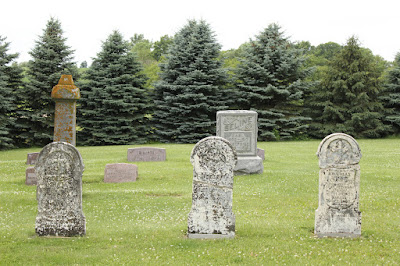 There is a small cemetery behind the church. 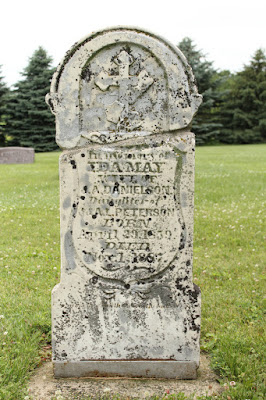 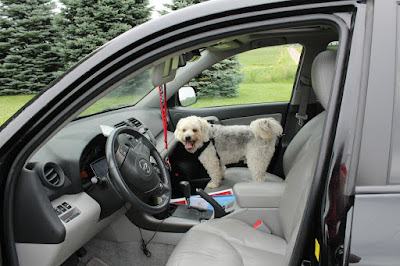 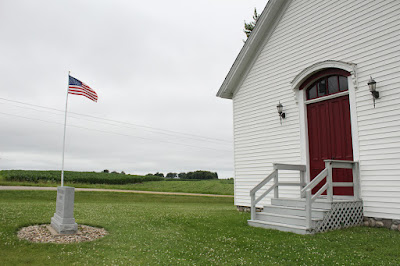 The property is in the middle of farmlands, near Plum City, Wisconsin.