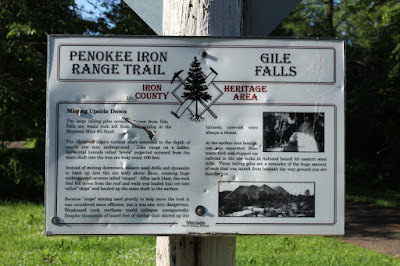 The large tailing piles across the river from Gile Falls are waste rock left from its mining at the Montreal Mine #5 Shaft.

The Montreal Mine’s vertical shaft extended to the depth of nearly one mile underground. Like rungs on a ladder, horizontal tunnels called “levels” projected outward from the main shaft into the iron ore body every 300 feet.

Instead on mining downward, miners used drills and dynamite to blast up into the ore body above them, creating huge underground caverns called “stopes”. After each blast, the rock that fell down from the roof and walls was loaded into ore cars called “skips” and hauled up the main shaft to the surface.

Because “stope” mining used gravity to help move the rock it was considered more efficient, but it was also very dangerous. Weakened rock surfaces could collapse unexpectedly. Despite thousands of board feet of timber that shored up the tunnels, cave-ins were always a threat.

At the surface iron bearing ore was separated from waste rock and shipped via railroad to the ore docks in Ashland bound for eastern steel mills. These tailing piles are a reminder of the huge amount of rock that was mined from beneath the very ground you are standing on.

The marker is located on southbound Mellen Street, at its intersection with Kokogan Street, Montreal, Wisconsin 54550. 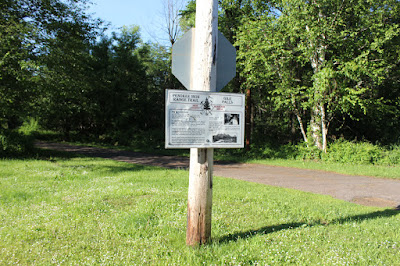 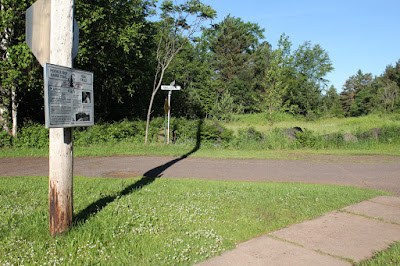 The marker is located in Montreal, Wisconsin.