In Honor of the 1955 Watertown High School State Baseball Champions 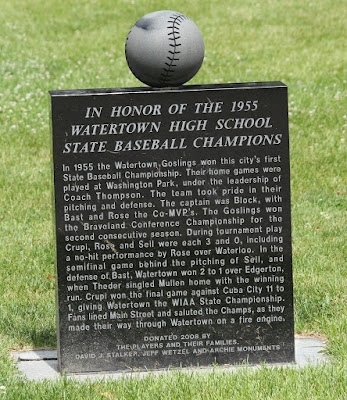 [Front of the Marker]:

IN HONOR OF THE 1955
WATERTOWN HIGH SCHOOL
STATE BASEBALL CHAMPIONS

In 1955 the Watertown Goslings won this city's first State Baseball Championship. Their home games were played at Washington Park, under the leadership of Coach Thompson. The team took pride in their pitching and defense. The captain was Block, with Bast and Rose the Co-MVP's. The Goslings won the Braveland Conference Championship for the second consecutive season. During tournament play Crupi, Rose and Sell were each 3 and 0, including a no-hit performance by Rose over Waterloo. In the semifinal game behind the pitching of Sell, and defense of Bast, Watertown won 2 to 1 over Edgerton, when Theder singled Mullen home with the winning run. Crupi won the final game against Cuba City 11 to 1, giving Watertown the WIAA State Championship. Fans lined Main Street and saluted the Champs, as they made their way through Watertown on a fire engine.


The marker is located adjacent to the Fred Merkle Baseball Field in Washington Park; it is accessible from northbound South 12th Street / County Highway X, north of its intersection with Sunset Avenue, Watertown, Wisconsin 53094. 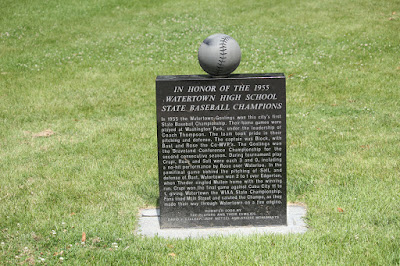 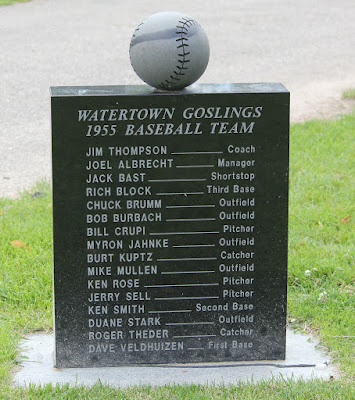 The other side of the monument. 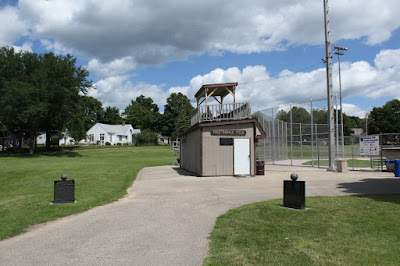 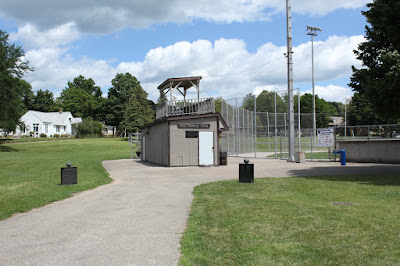 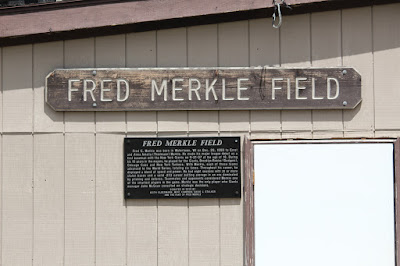 The marker is located at Fred Merkle Field
in Watertown, Wisconsin.