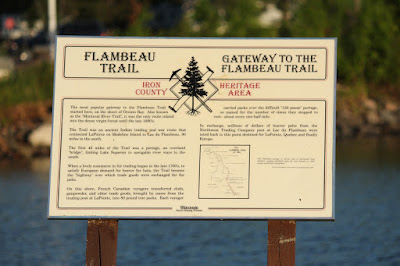 The most popular gateway to the Flambeau Trail started here, on the shore of Oronto Bay. Also known as the “Montreal River Trail”, it was the only route inland into the dense virgin forest until the late 1880’s.

The Trail was an ancient Indian trading and war route that connected LaPointe on Madeline Island to Lac du Flambeau, 90 miles to the south.

The first 45 miles of the Trail was a portage, an overland “bridge”, linking Lake Superior to navigable river ways to the south.

When a lively commerce in fur trading began in the late 1700’s, to satisfy European demand for beaver fur hats, the Trail became the “highway” over which trade goods were exchanged for fur pelts.

On this shore, French Canadian voyagers transferred cloth, gunpowder, and other trade goods, brought by canoe from the trading post at LaPointe, into 80 pound tote packs. Each voyager carried packs over the difficult “120 pause” portage, so named for the number of times they stopped to rest – about every one-half mile.

In exchange, millions of dollars of beaver pelts from the Northwest Trading Company post at Lac du Flambeau were toted back to this point destined for LaPointe, Quebec and finally Europe.

The marker is located at the easternmost parking lot at Saxon Harbor County Park on County Highway A, north of its intersection with State Highway 122, Saxon, Wisconsin 54559. 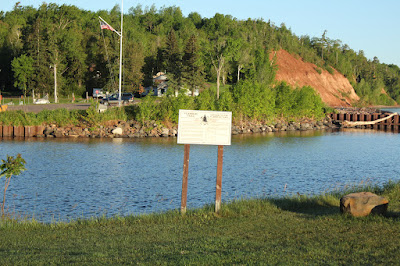 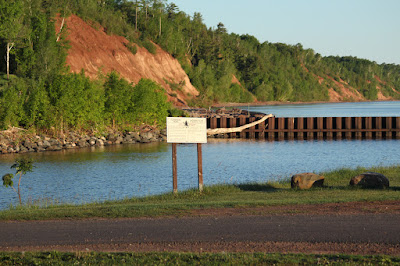 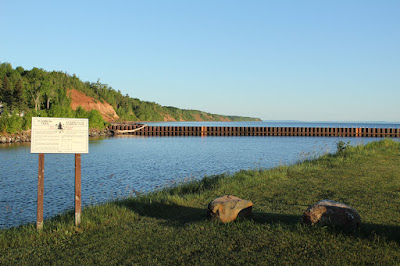 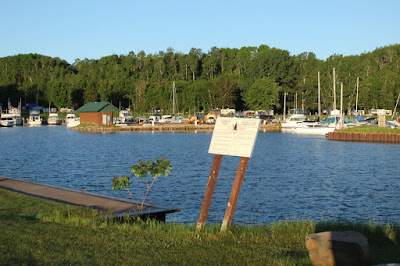 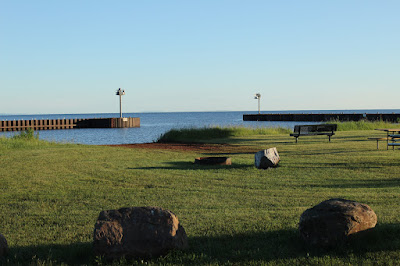 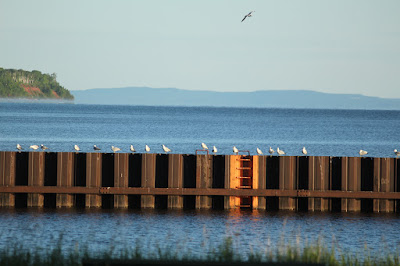 Madeline Island off in the distance. 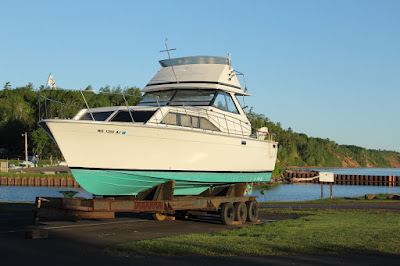 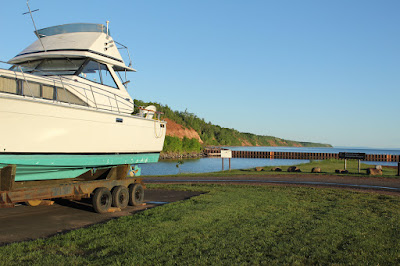 With Madeline Island visible in the distance, to the far right. 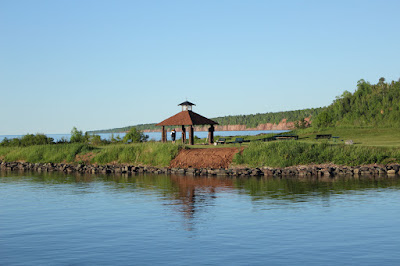 This harbor is gorgeous!