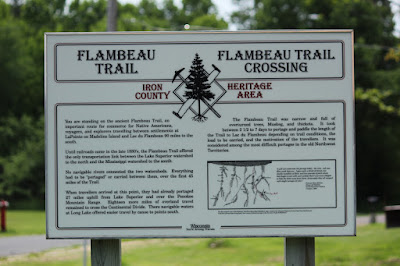 You are standing on the ancient Flambeau Trail, an important route for commerce for Native Americans, voyagers, and explorers travelling between settlements at LaPointe on Madeline Island and Lac du Flambeau 90 miles to the south.

Until railroads came in the late 1880’s, the Flambeau Trail offered the only transportation link between the Lake Superior watershed to the north and the Mississippi watershed to the south.

When travellers arrived at this point, they had already portaged 27 miles uphill from Lake Superior and over the Penokee Mountain Range. Eighteen more miles of overland travel remained to cross the Continental Divide. There navigable waters at Long Lake offered easier travel by canoe to points south.

The Flambeau Trail was narrow and full of overturned trees, Muskeg, and thickets. It took between 2 1/2 to 7 days to portage and paddle the length of the Trail to Lac du Flambeau depending on trail conditions, the load to be carried, and the motivation of the travellers. It was considered among the most difficult portages in the old Northwest Territories.

The marker is located on westbound Wisconsin Avenue / State Highway 77, at its intersection with Elm Street, Montreal, Wisconsin 54550. 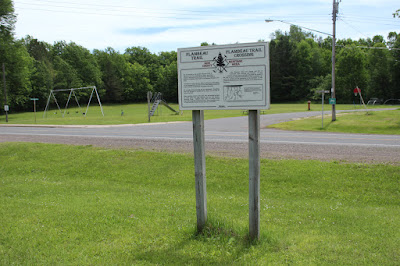 With Wisconsin Highway 77 in the background
(the marker does not face the roadway). 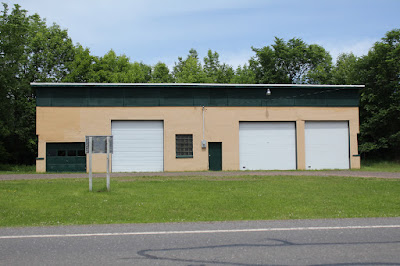 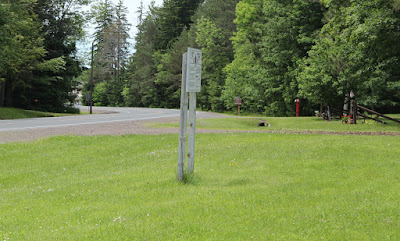 The maker is located in Montreal, Wisconsin.