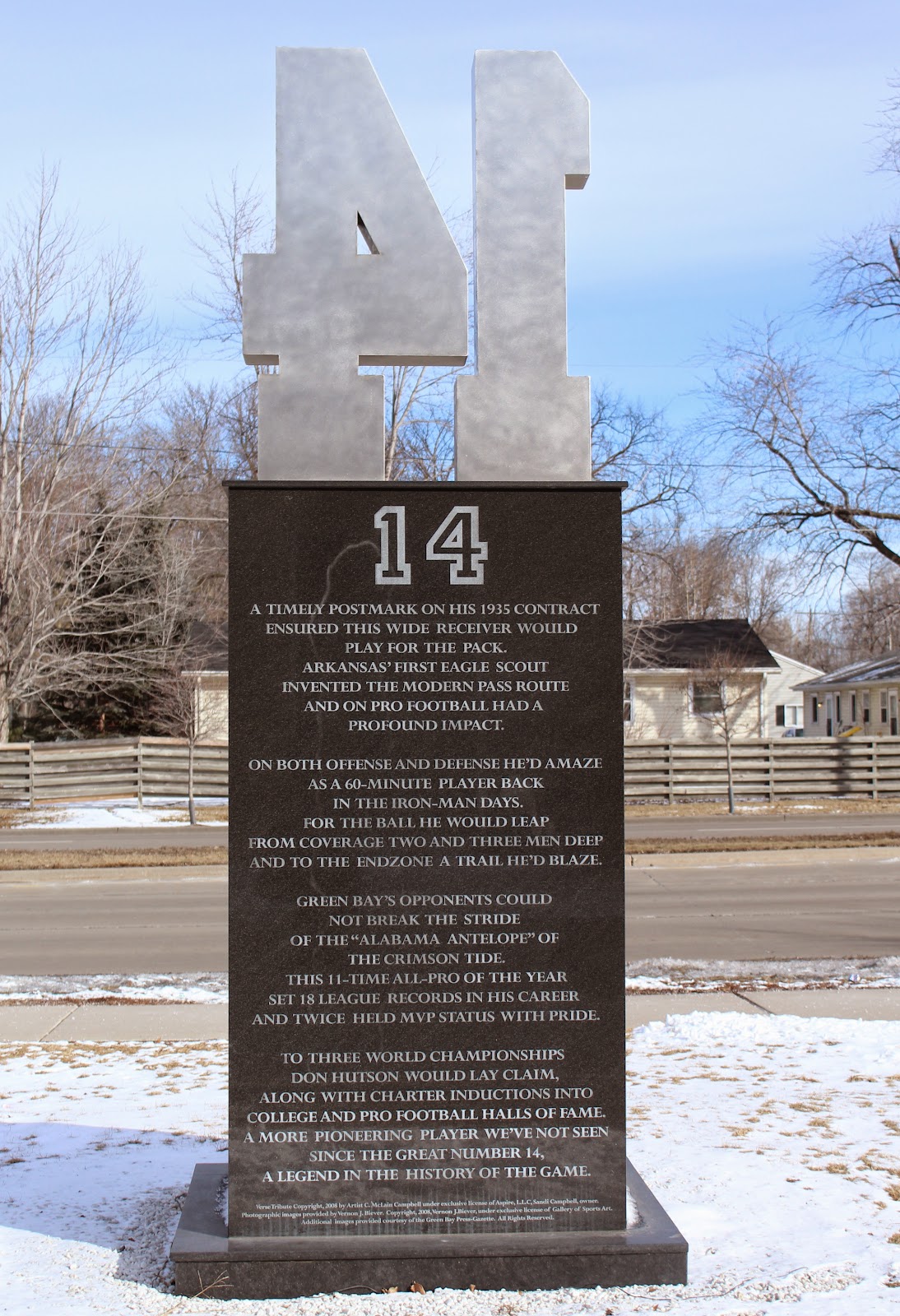 A timely postmark on his 1935 contract
ensured this wide receiver would
play for the pack.
Arkansas' first Eagle Scout
invented the modern pass route
and on pro football had a
profound impact.

On both offense and defense he'd amaze
as a 60-minute player back
in the iron-man days.
For the ball he would leap
from coverage two and three men deep
and to the endzone a trail he'd blaze.

Green Bay's opponents could
not break the stride
of the "Alabama Antelope" of
the Crimson Tide.

This 11-time all-pro of the year
set 18 league records in his career
and twice held MVP status with pride.

To three world championships
Don Huston would lay claim,
along with charter inductions into
college and pro football halls of fame.
A more pioneering player we've not seen
since the great number 14,
a legend in the history of the game.

The official website of the Packers: Don Hutson -- Class of 1963 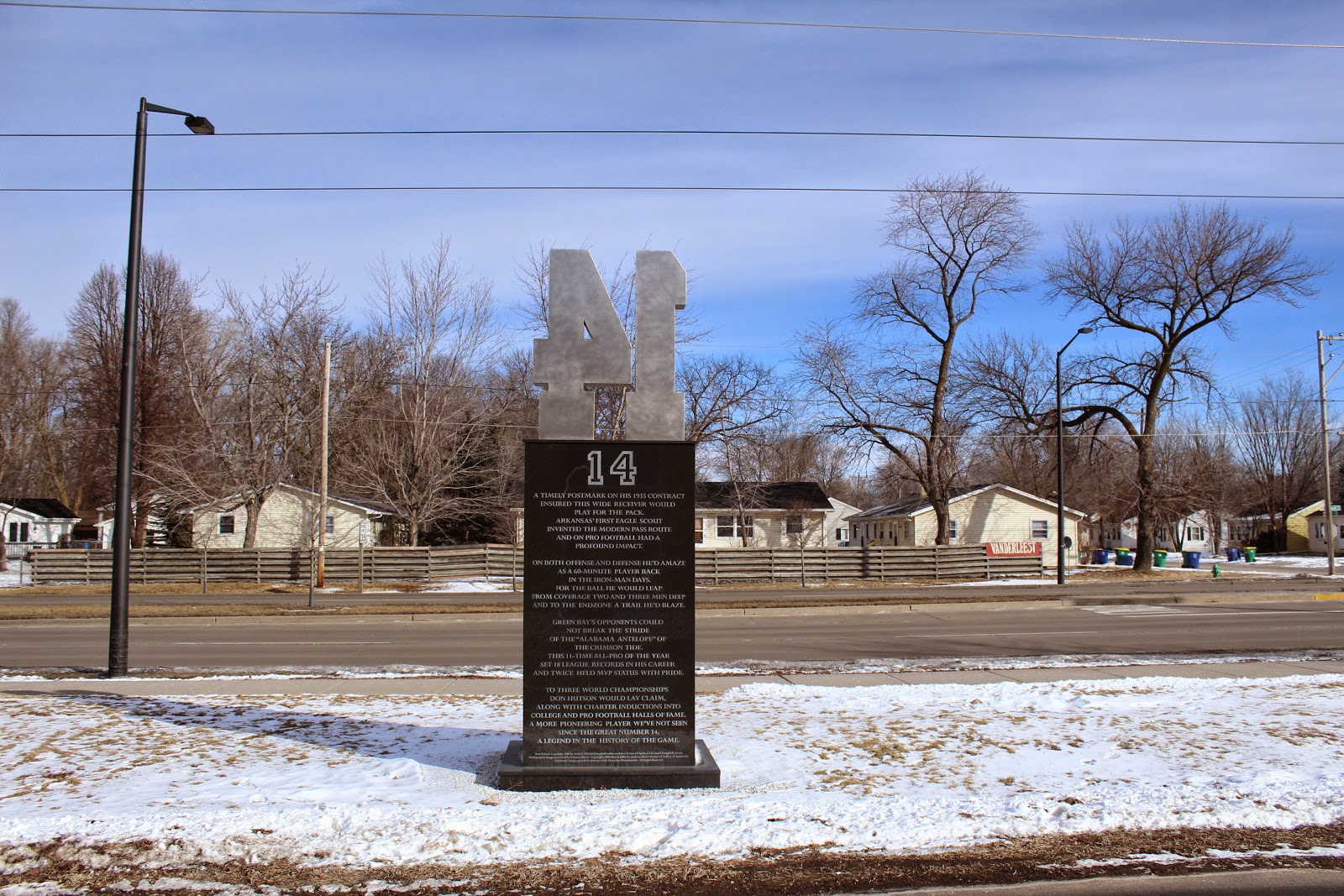 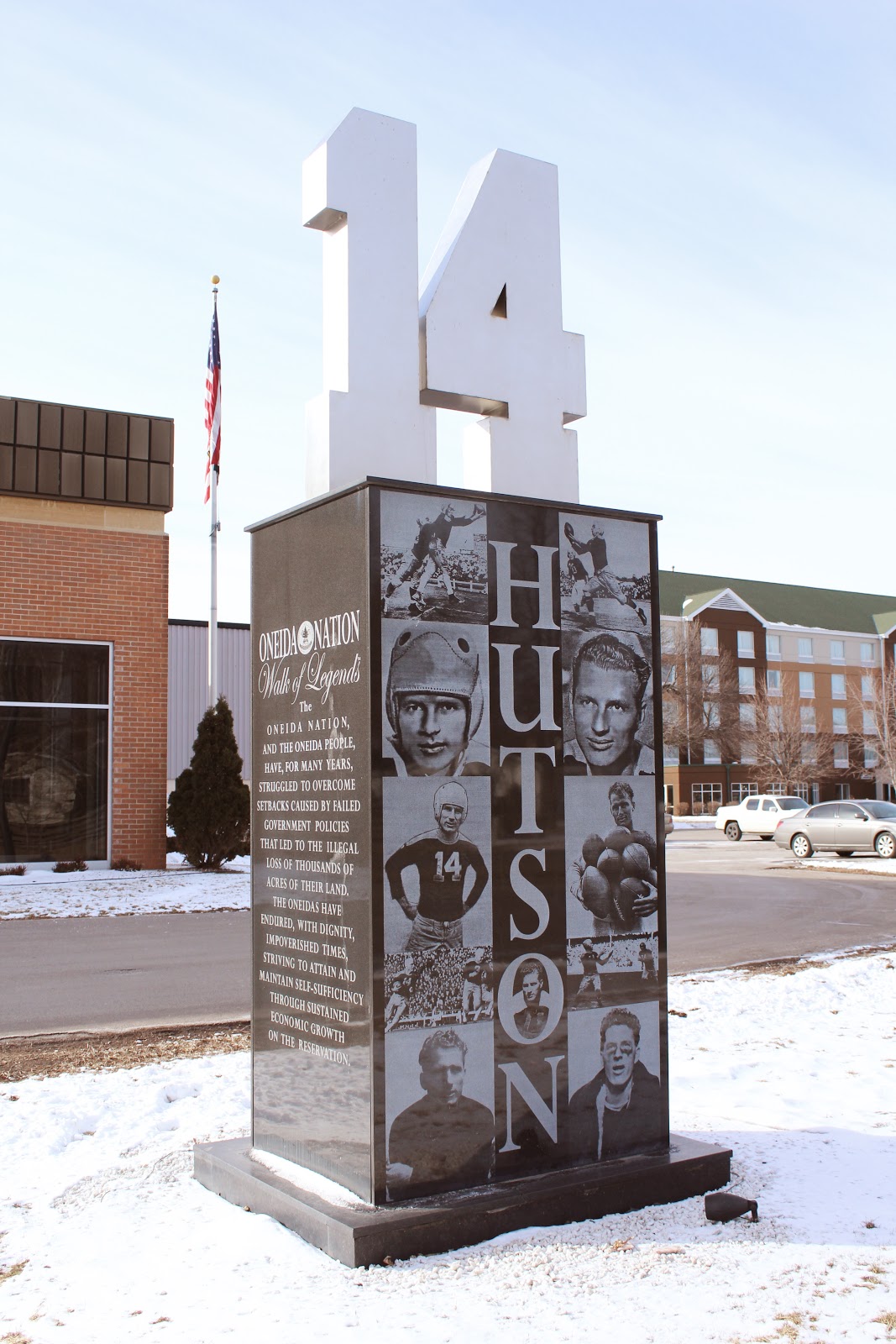 The front of the monument. 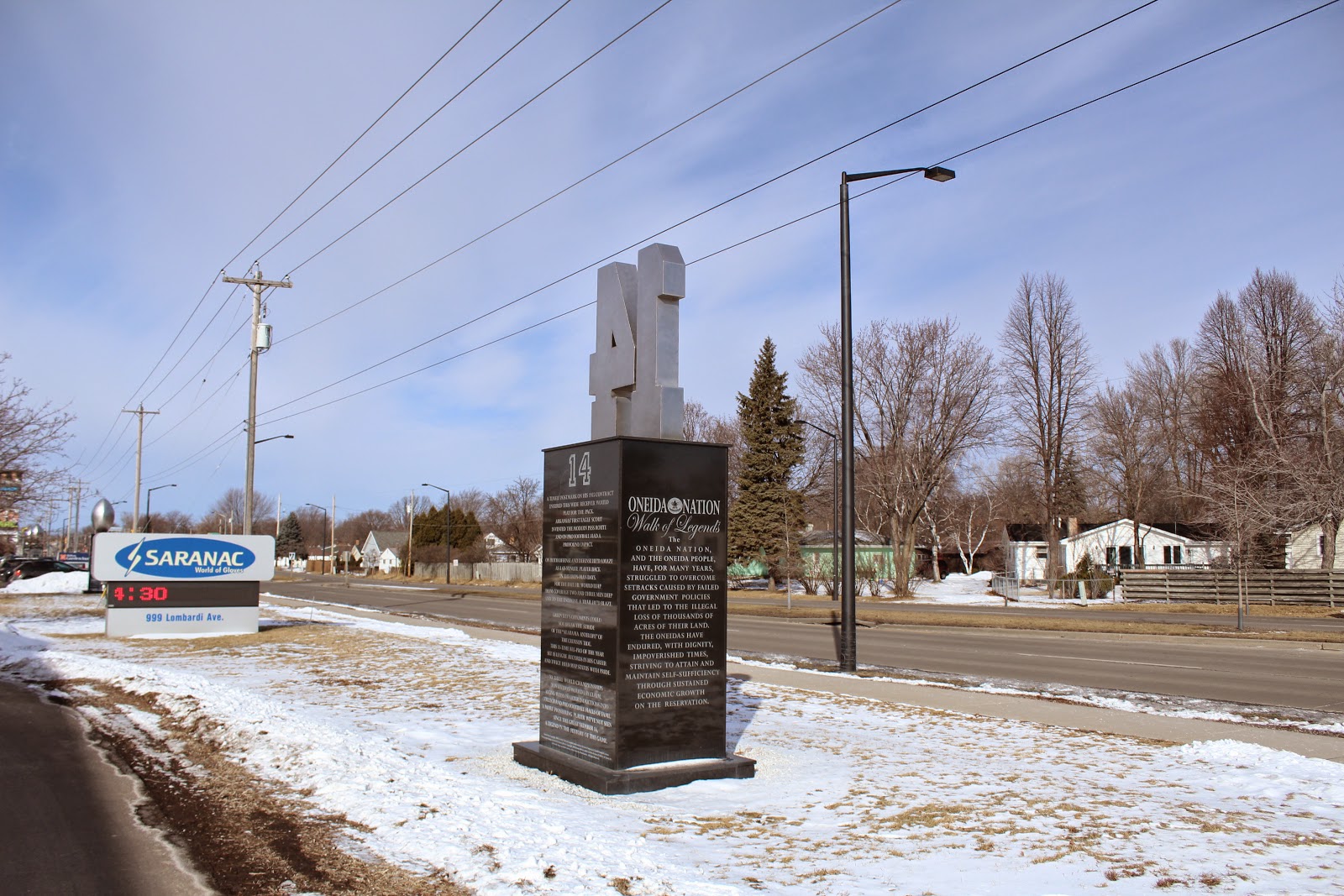 The monument is located at Saranac Glove Company.