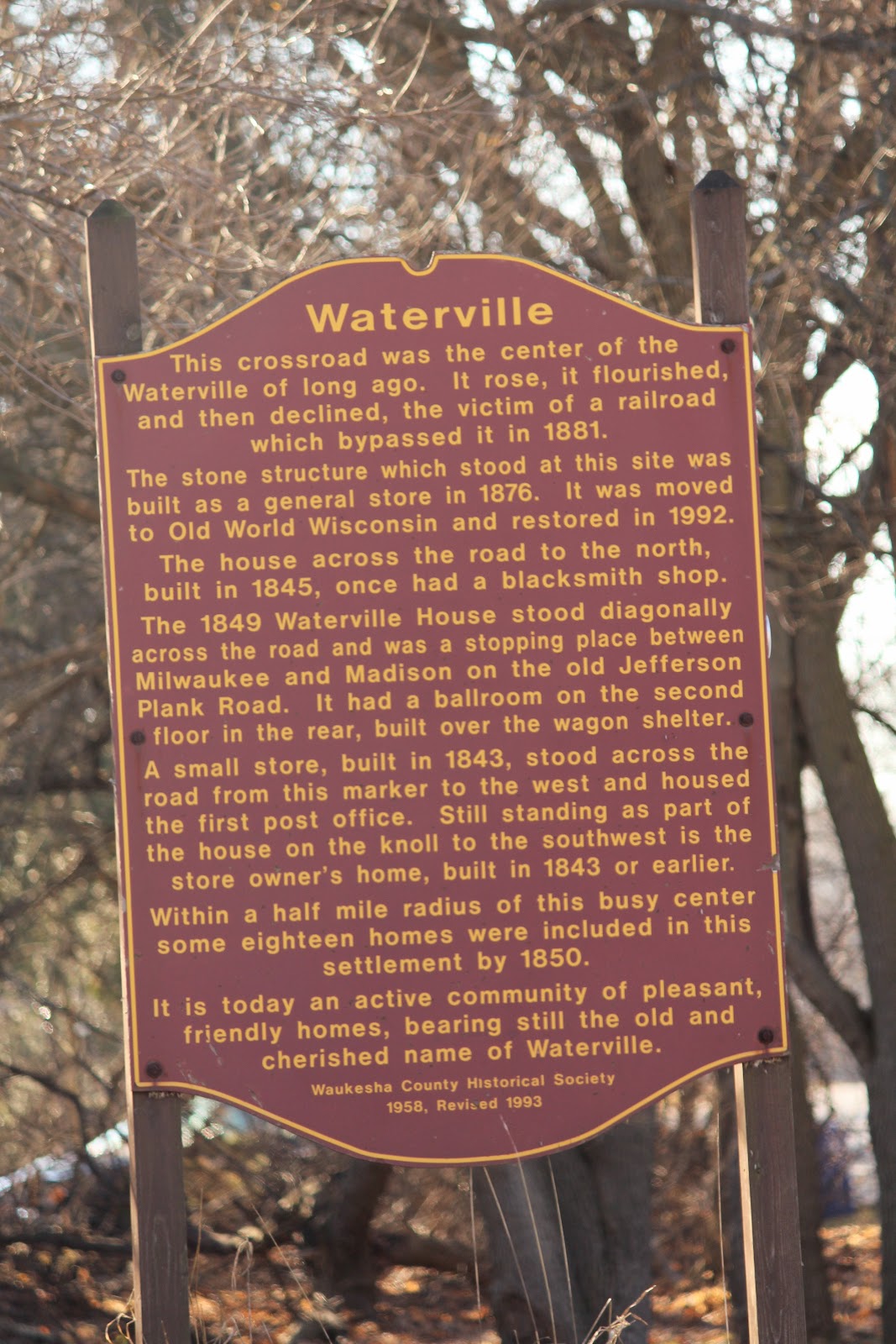 This crossroad was the center of the Waterville of long ago. It rose, it flourished, and then declined, the victim of a railroad which [sic] bypassed it in 1881.

The stone structure which [sic] stood at this site was built as a general store in 1876. It was moved to Old World Wisconsin and restored in 1992.

The house across the road to the north, built in 1845, once had a blacksmith shop.

The 1849 Waterville House stood diagonally across the road and was a stopping place between Milwaukee and Madison on the old Jefferson Plank Road. It had a ballroom on the second floor in the rear, built over the wagon shelter.

A small store, built in 1843, stood across the road from this marker to the west and housed the first post office. Still standing as part of the house on the knoll to the southwest is the store owner’s home, built in 1843 or earlier.

Within a half mile radius of this busy center some eighteen homes were included in this settlement by 1850.

It is today an active community of pleasant, friendly homes, bearing still the old and cherished name of Waterville.

Thank you to John Heinzel for letting me know that this marker has been removed!

This location is also the start / end of Wisconsin Rustic Road 86.

This marker is No. 33-01 in a series of historical markers erected by the Waukesha County Historical Society. 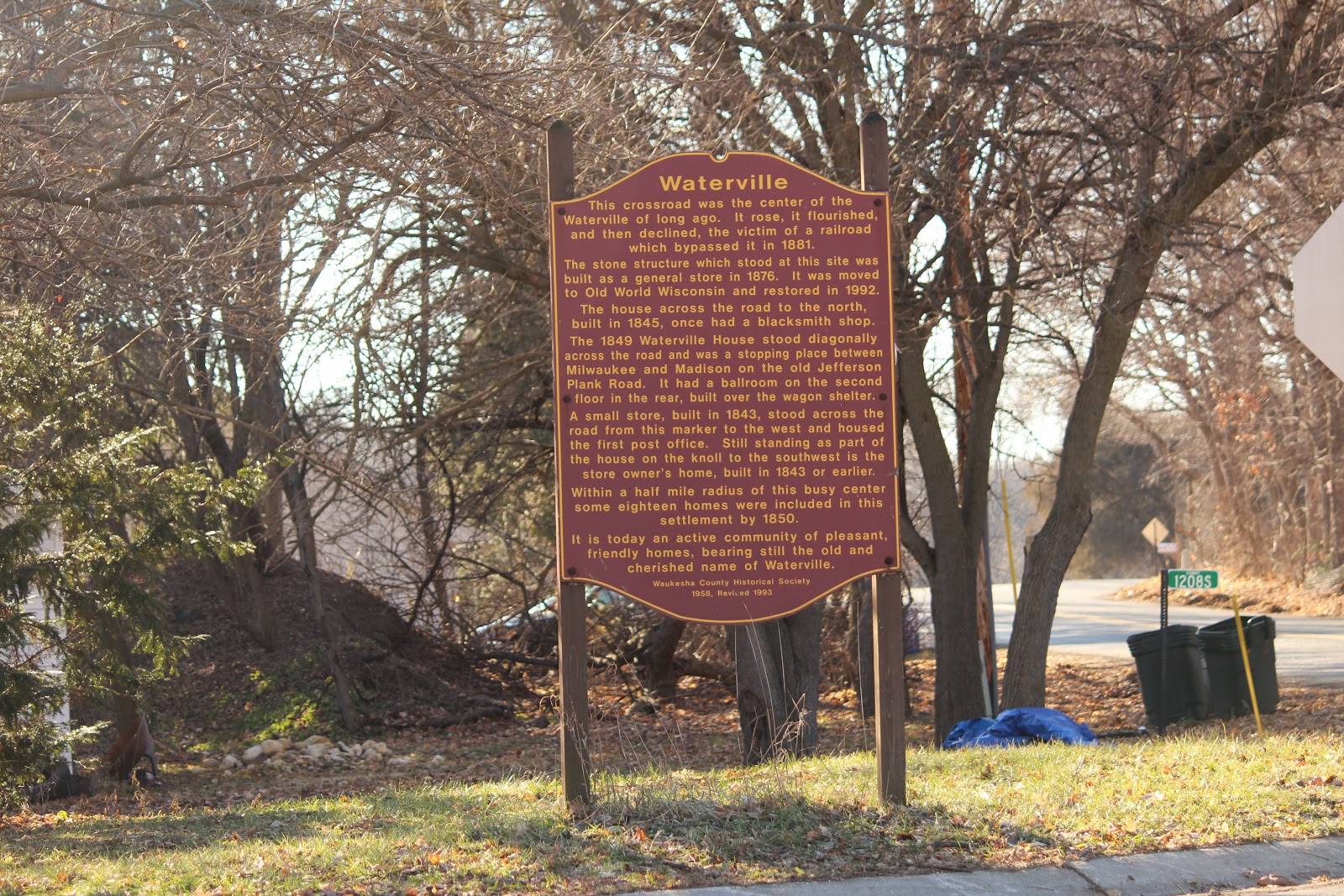 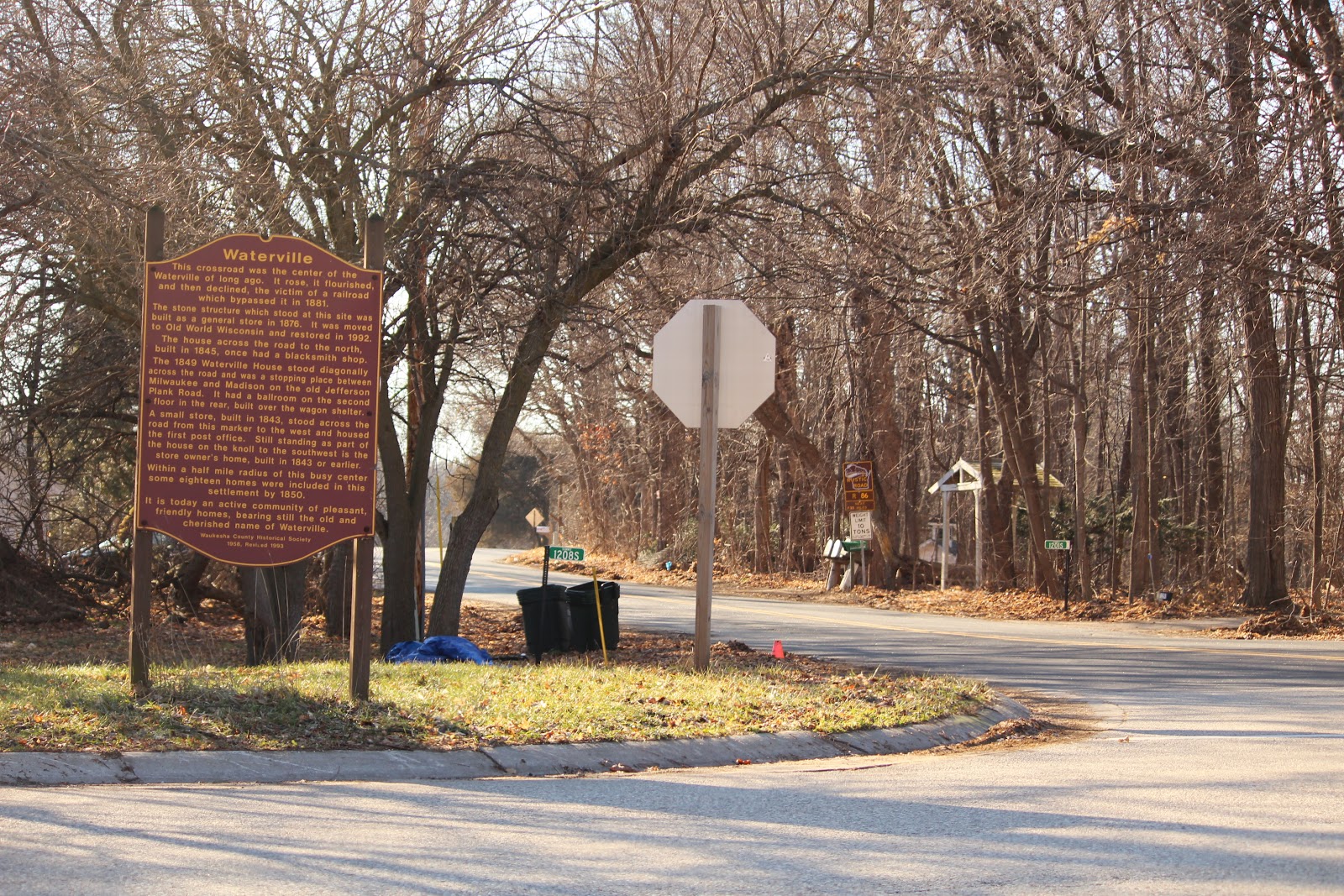 Looking south on South Waterville Road,
with the Wisconsin Rustic Road 86 sign visible to the center-right.