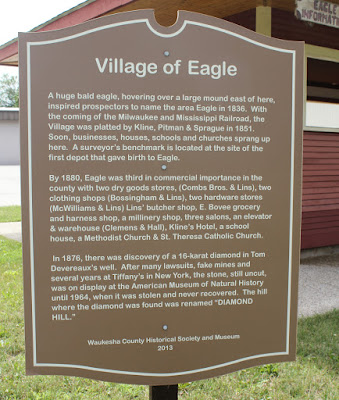 A huge bald eagle, hovering over a large mound east of here, inspired prospectors to name the area Eagle in 1836. With the coming of the Milwaukee and [sic] Mississippi Railroad, the Village was platted by Kline, Putman & Sprague in 1851. Soon, businesses, houses, schools and churches sprang up here. A surveyor's benchmark is located at the site of the first depot that gave birth to Eagle.

In 1876, there was discovery of a 16-karat diamond in Tom Devereaux's well. After many lawsuits, fake mines [sic] and several years at Tiffany's in New York, the stone, still uncut, was on display at the American Museum of Natural History until 1964, when it was stolen and never recovered. The hill where the diamond was found was renamed "DIAMOND HILL."


The marker, with all its errors in grammar, spelling and punctuation, is located in front of a small Visitor Information Center kiosk on eastbound Grove Street / Wisconsin Highway 59 / 67, at its intersection with southbound Partridge Street, at 222 Grove Street, Eagle, Wisconsin 53119.

Wisconsinology: Murph the Surf and The Eagle Diamond

The marker above fails to note that for decades "The Eagle Diamond" was considered the largest gem found in America.

Containing an account of its settlement, growth, development and resources; an extensive and minute sketch of its cities, towns and villages--their improvements, industries, manufactories, churches, schools and societies; its war record, biographical sketches, portraits of prominent men and early settlers; the whole preceded by a history of Wisconsin, statistics of the state, and an abstract of its laws and Constitution and of the Constitution of the United States (1880).

The town received its name in a rather singular manner, as follows: In the year 1836, while Thomas Sugden, John Coats and a Mr. Garton were prospecting, they came to a beautiful prairie about one and a half by two and a half miles in area. Here, hovering and curving over a large mound, near the present residence of Ebenezer Thomas, was a monster bald eagle. From this incident and time, the prairie and town were called Eagle.

The country, in its natural state, was diversified by springs, brooks, marshes, prairie and burr oak openings. The arable soil is slightly variable in composition, being, for the most part, a rich loam and gravel, and is quite productive. A chain of bluffs passes through the northwest part, but the greater part of the land is tillable. Here, as elsewhere in the county, the inhabitants suffered the deprivations incident to pioneer life, which have become the subjects for many an evening tale.

The foregoing content is in the public domain.
Gleaned from, The History of Waukesha County, etc. (1880)
Click here for more information.

This marker is No. 07-01 in a series of historical markers erected by the Waukesha County Historical Society. 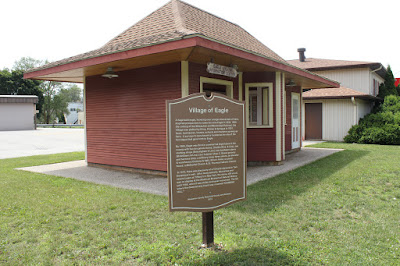 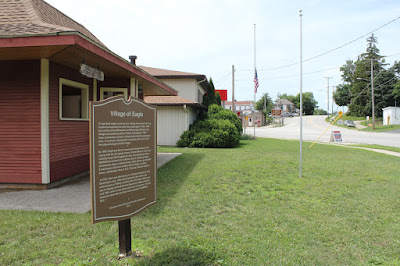 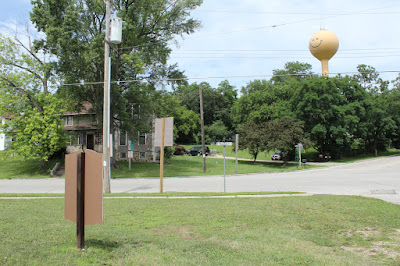 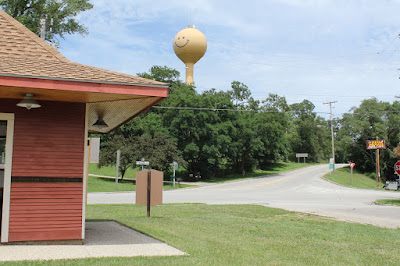 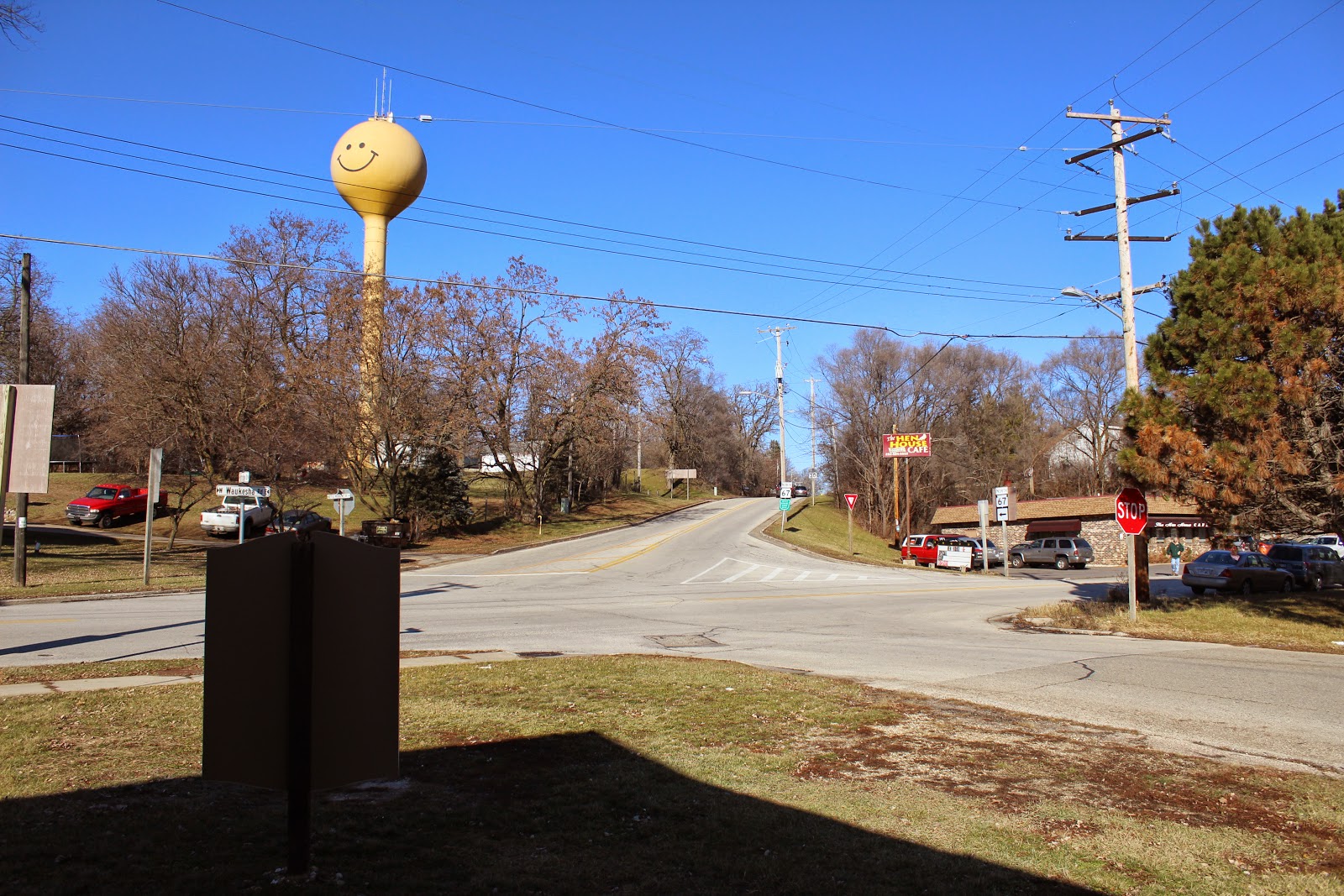 Just look for the bright yellow smiley-face water tower;
it's pretty much facing the marker. 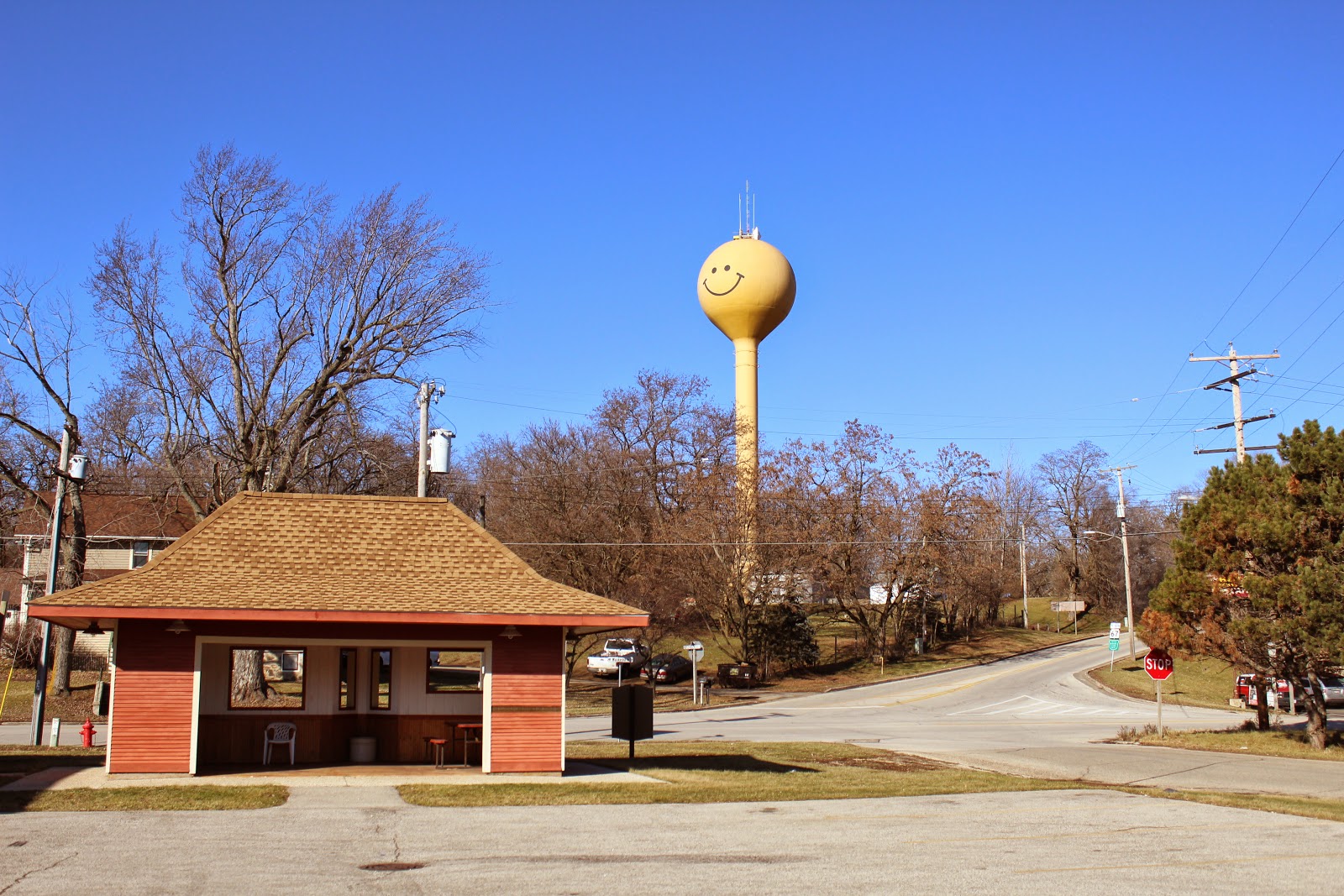 There is plenty of parking to access the marker,
at a large parking lot behind the kiosk
(the marker is visible to the right of the kiosk).