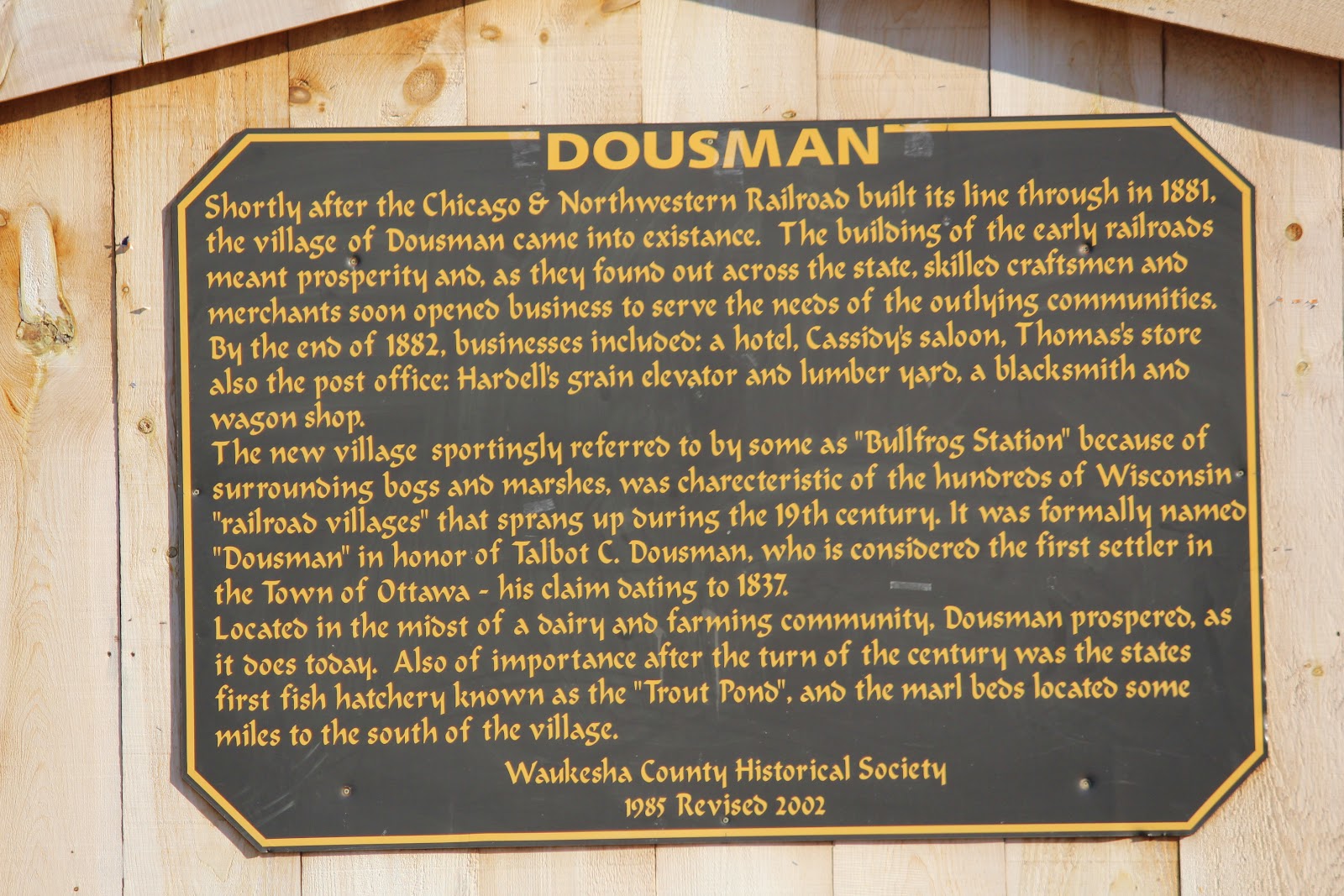 Shortly after the Chicago & Northwestern Railroad built its line through in 1881, the village of Dousman came into existance. The building of the early railroads meant prosperity and, as they found out across the state, skilled craftsmen and merchants soon opened business to serve the needs of the outlying communities. By the end of 1882, businesses included: a hotel, Cassidy's saloon, Thomas's store also the post office: Hardell's grain elevator and lumber yard, a Blacksmith and wagon shop.

The new village sportingly referred to by some as “Bullfrog Station” because of surrounding bogs and marshes, was characteristic of the hundreds of Wisconsin “railroad villages” that sprang up during the 19th century. It was formally named “Dousman” in honor of Talbot C. Dousman, who is considered the first settler in the Town of Ottawa - his claim dating to 1837.

Located in the midst of a dairy and farming community, Dousman prospered, as it does today. Also of importance after the turn of the century was the states first fish hatchery known as the “Trout Pond”, and the marl beds located some miles to the south of the village.

The Village of Dousman, Wisconsin

This marker is No. 06-01 in a series of historical markers erected by the Waukesha County Historical Society. 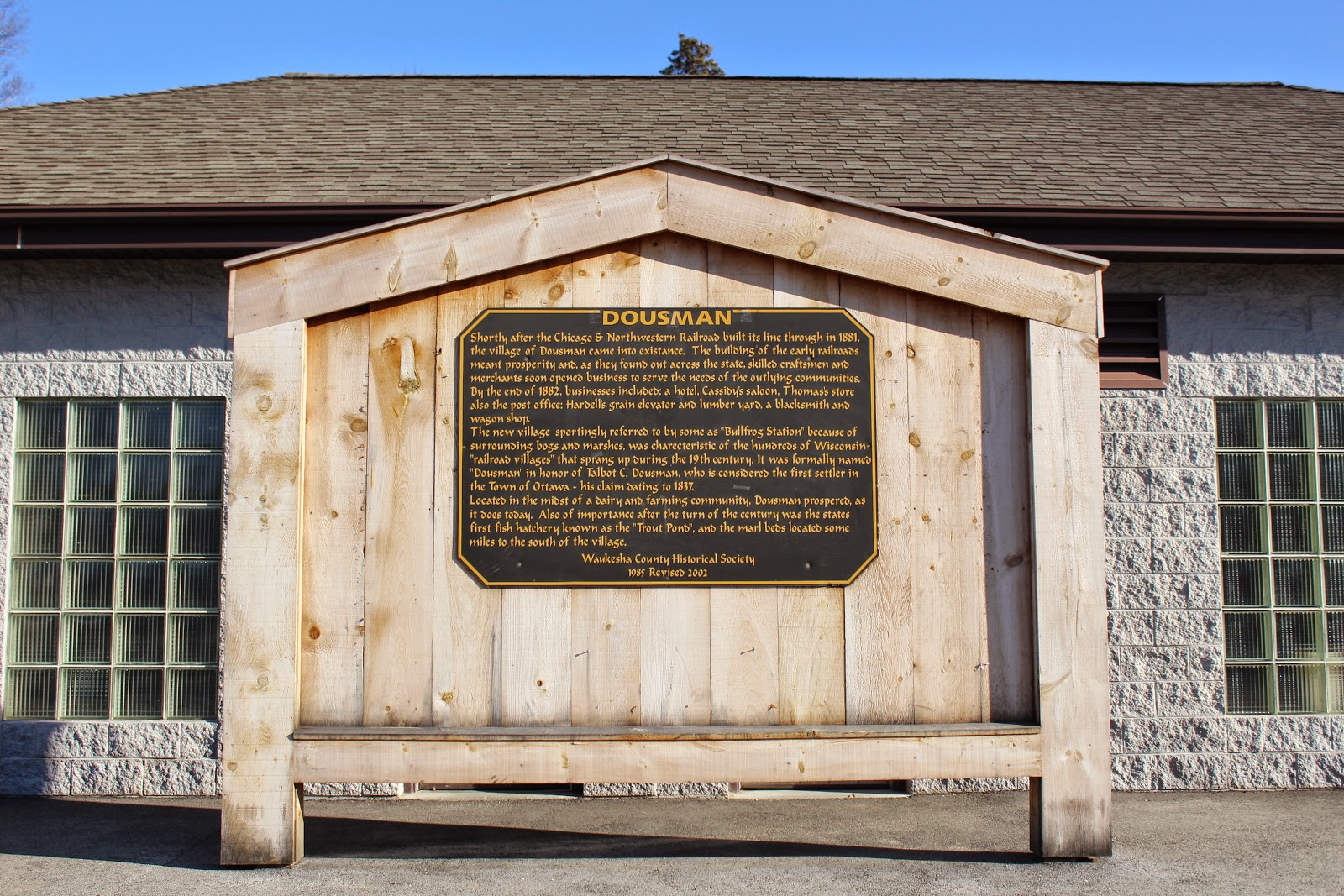 The entrances to the bathrooms are behind this sign. 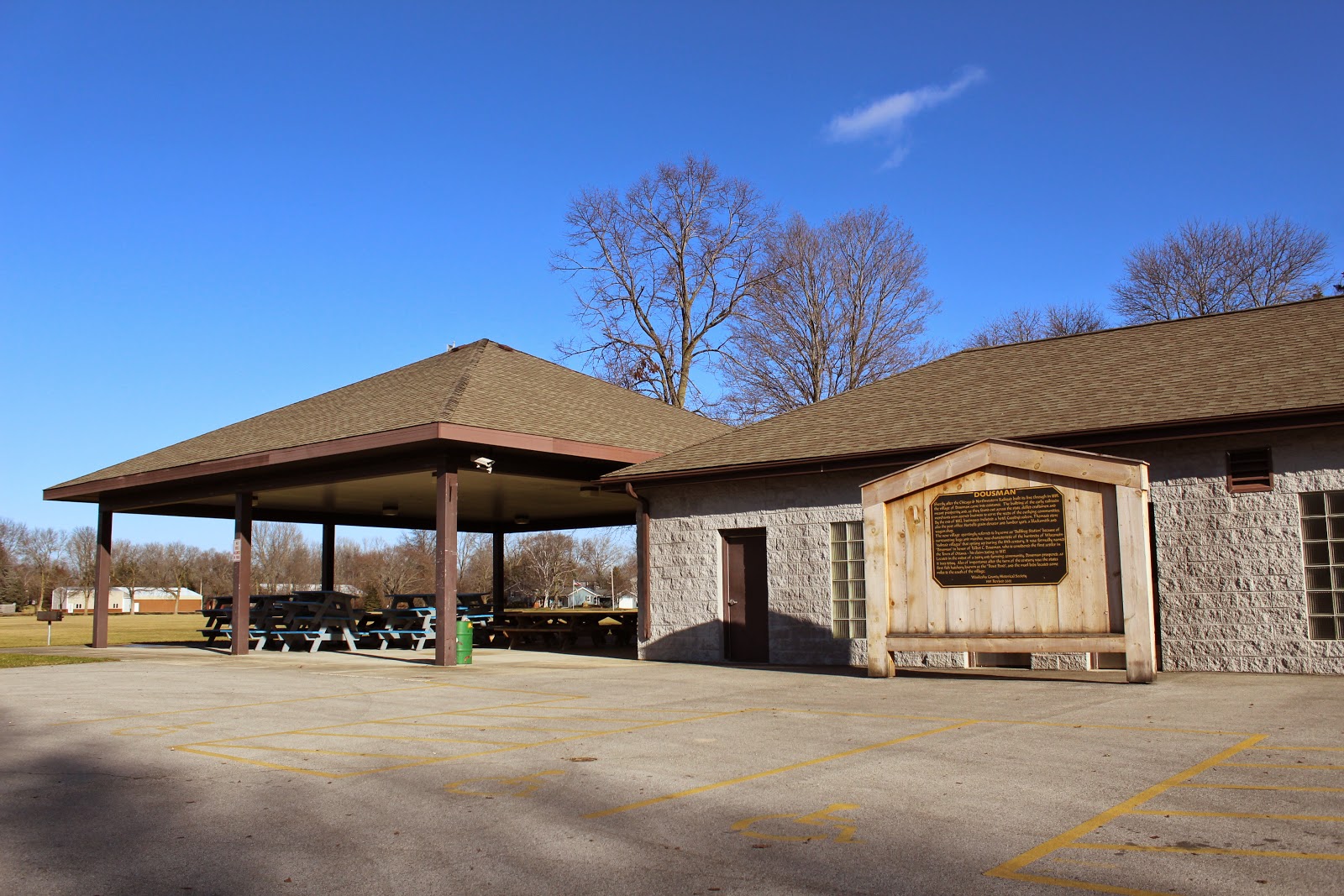 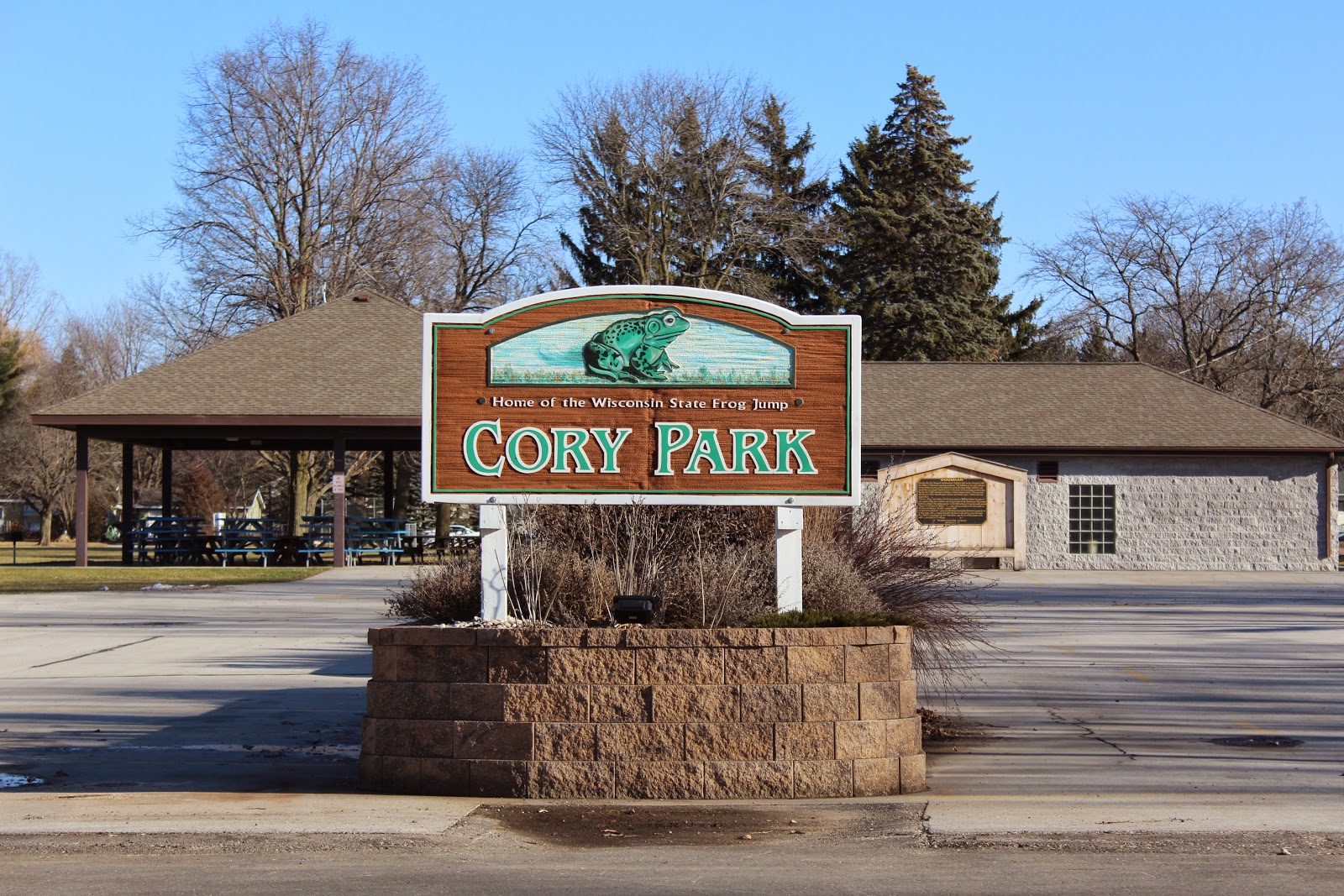 The marker is at the end of the parking lot (to the right). 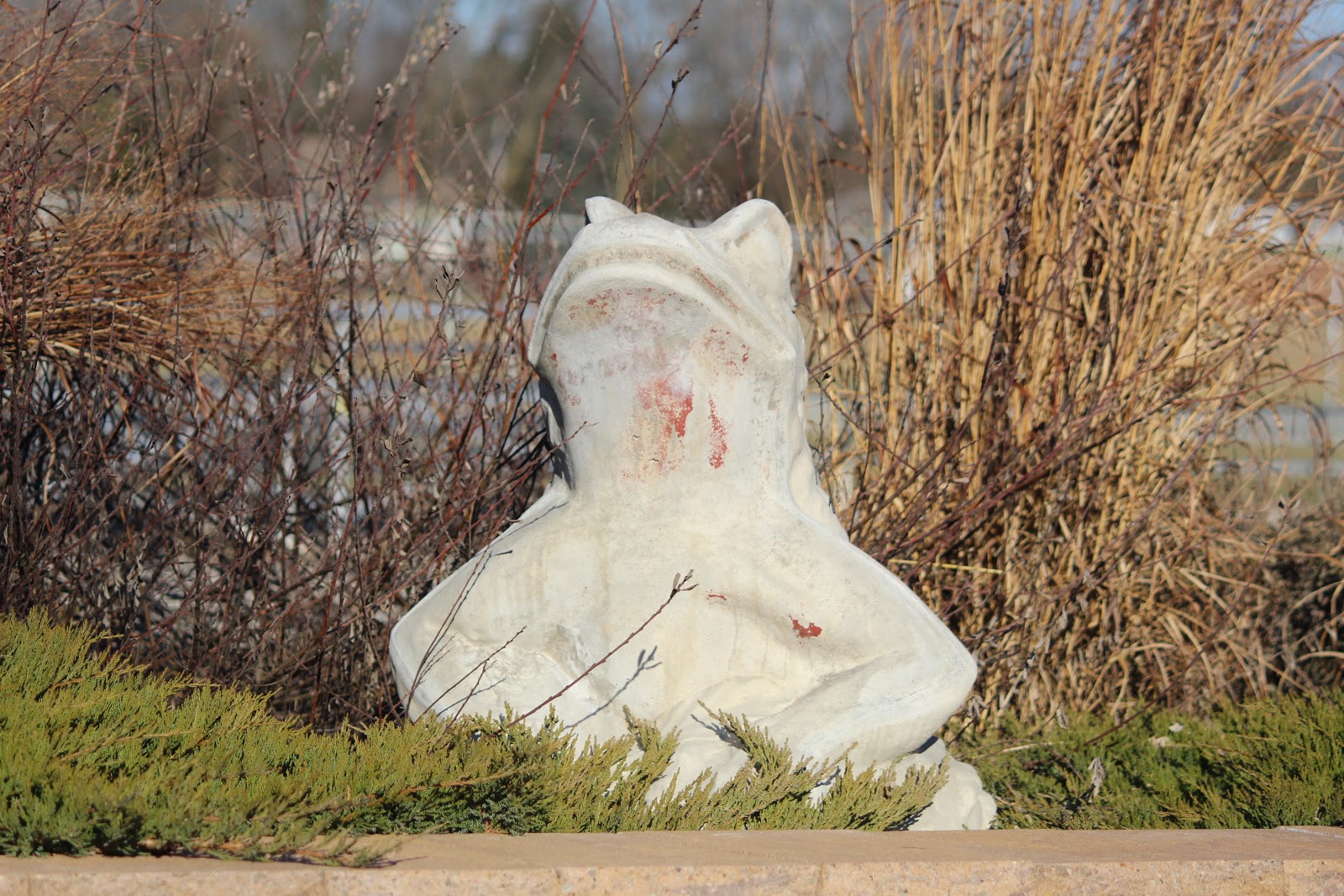 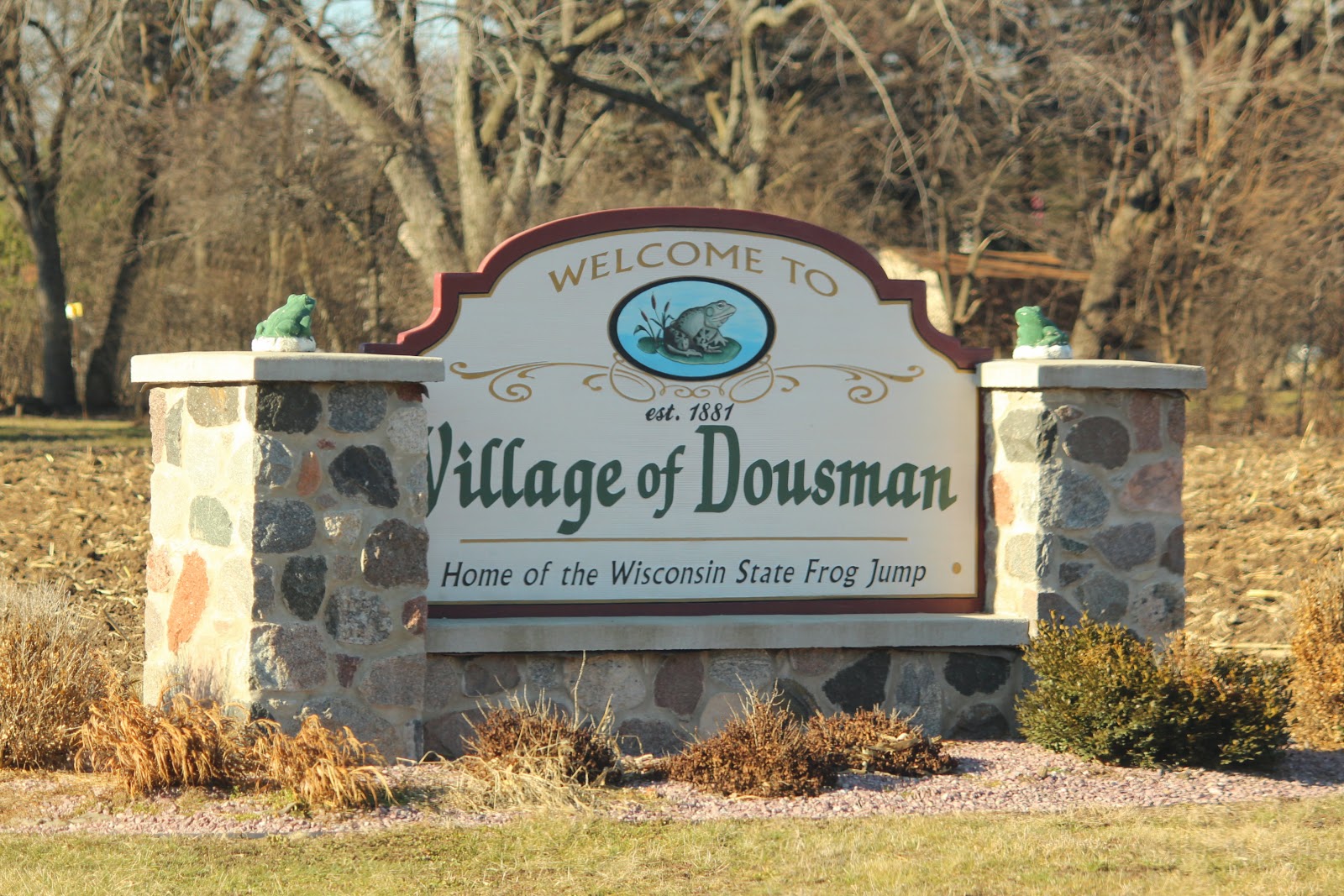 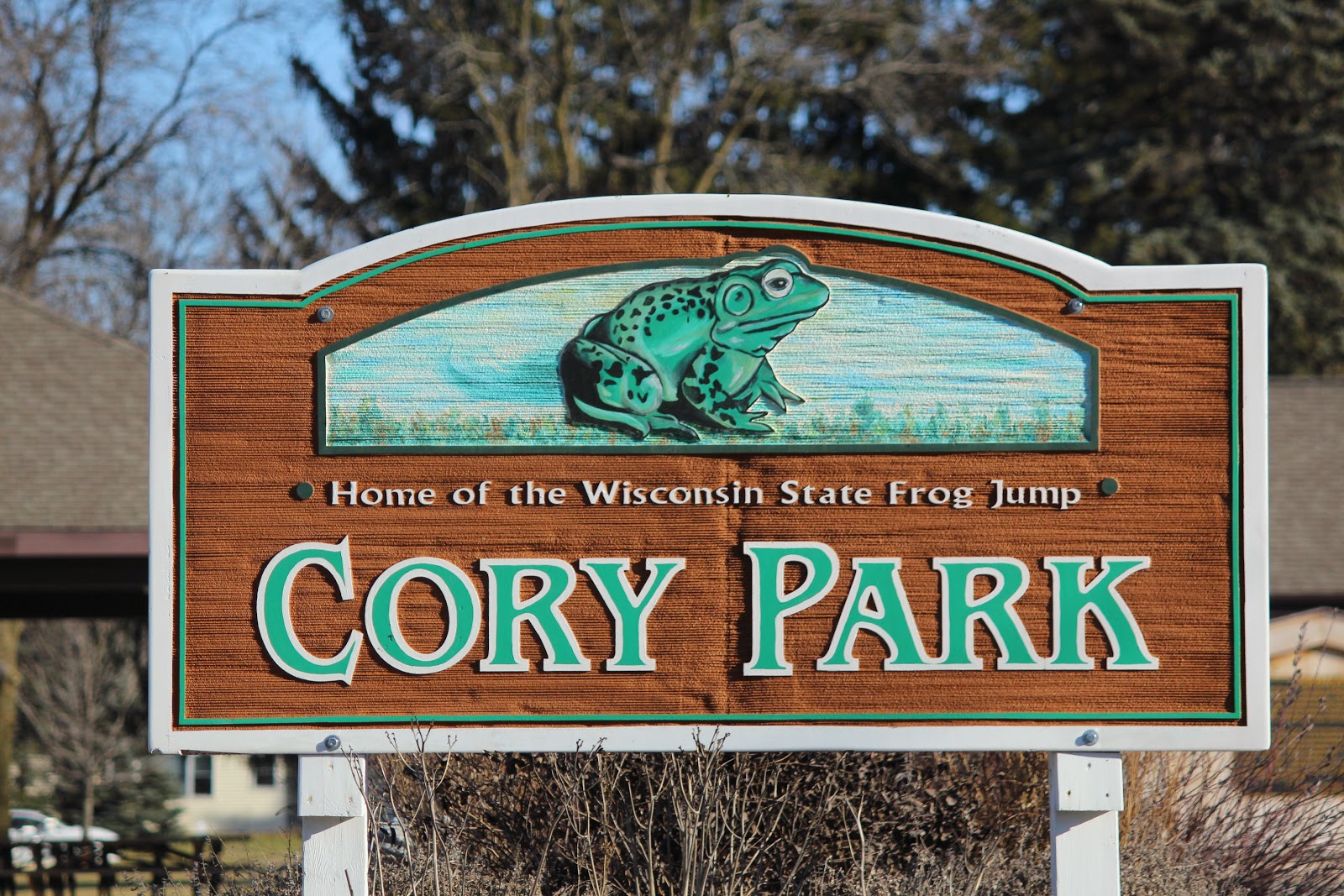 The marker is located at Cory Park.