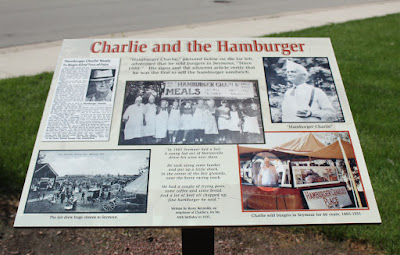 "Hamburger Charlie," pictured below on the far left, advertised that he sold burgers in Seymour, "Since 1885." His signs and the adjacent article verify that he was the first to sell the hamburger sandwich.

"In 1885 Seymour had a fair,
A young lad out of Hortonville
drove his oxen over there.

He took along some lumber
and put up a little shack.
In the center of the fair grounds,
near the horse racing track.

He had a couple of frying pans,
some coffee and some bread.
And a lot of beef all chopped up,
fine hamburger he said."

Written by Romy Reynolds, an
employee of Charlie's, for his [Charlie's]
65th birthday in 1935.


The marker is part of the Seymour Community Museum complex, located on westbound Depot Street, between Mill Street (to the east) and South Main Street / Wisconsin Highway 55 (to the west), at or near 133 Depot Street, Seymour, Wisconsin 54165. 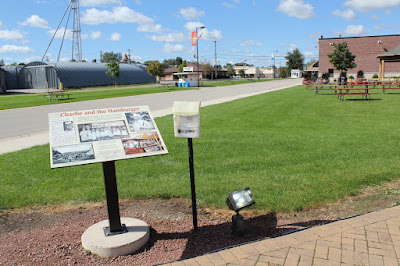 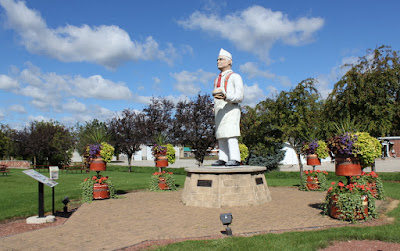 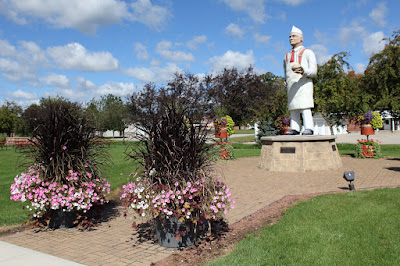 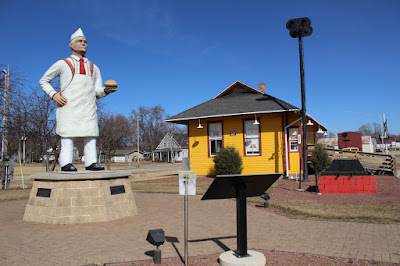 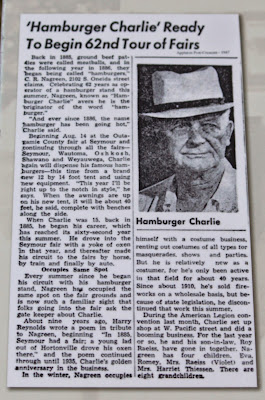 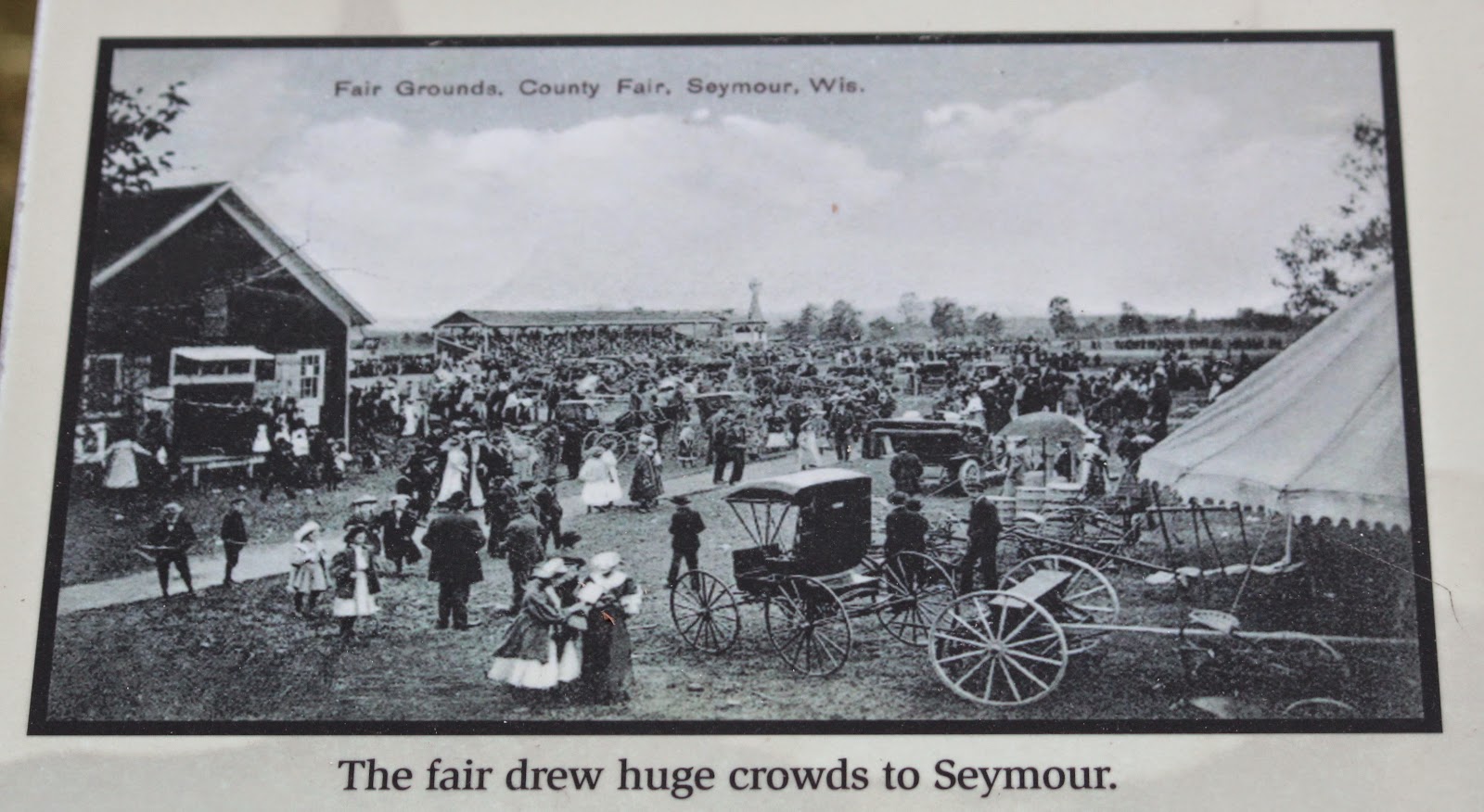 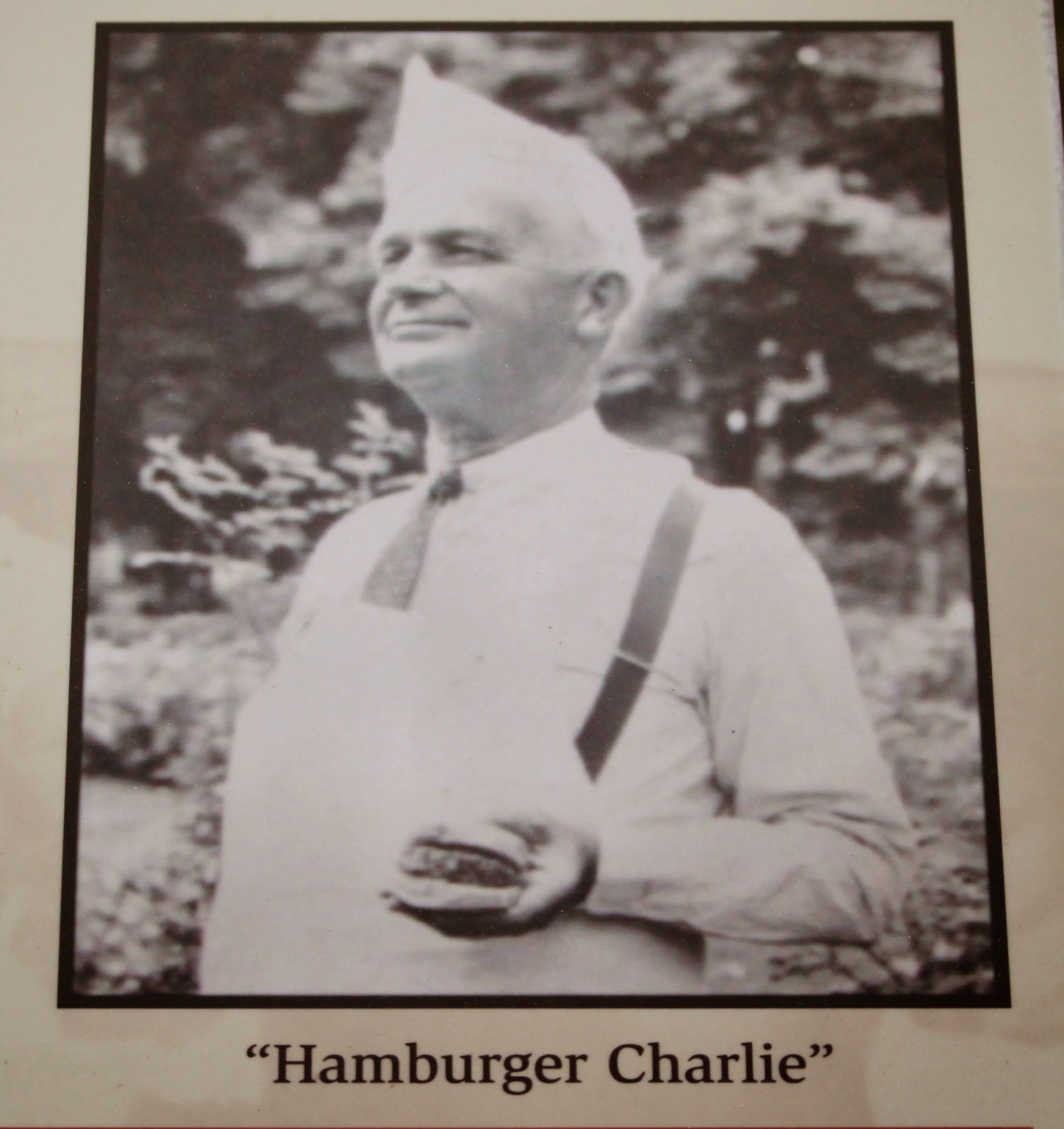 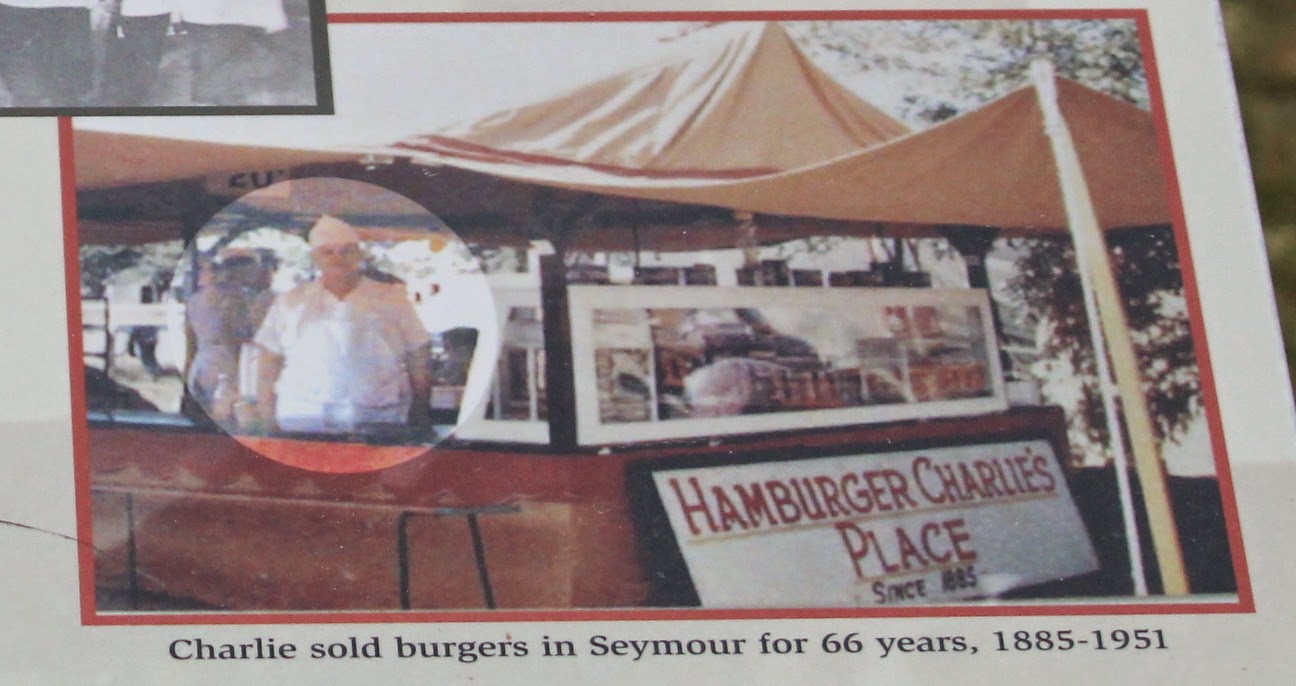 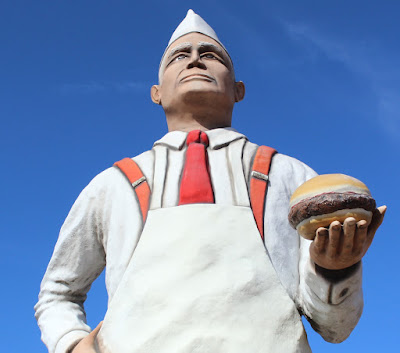 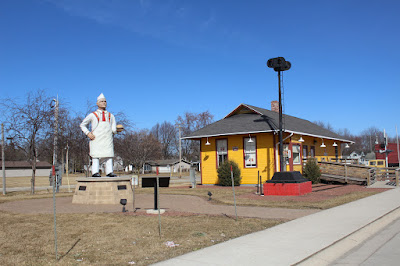 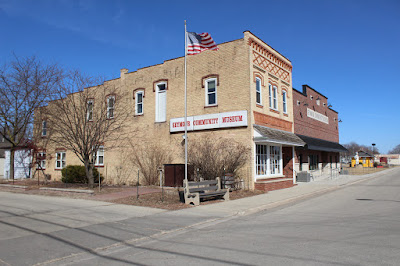 Charlie and the marker (visible to the far right) is part of the
Seymour Community Museum complex. 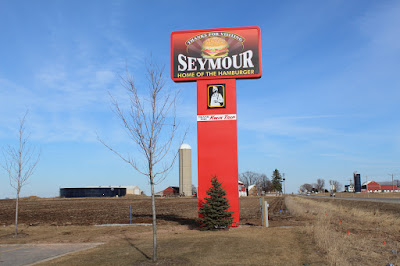 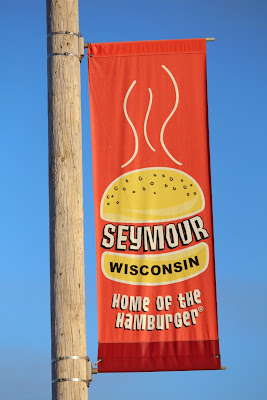 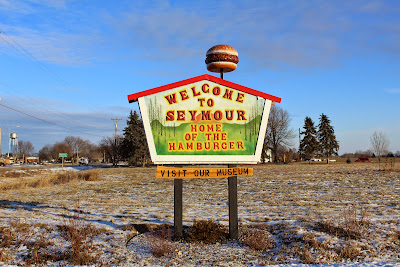 The marker is located in Seymour, Wisconsin.