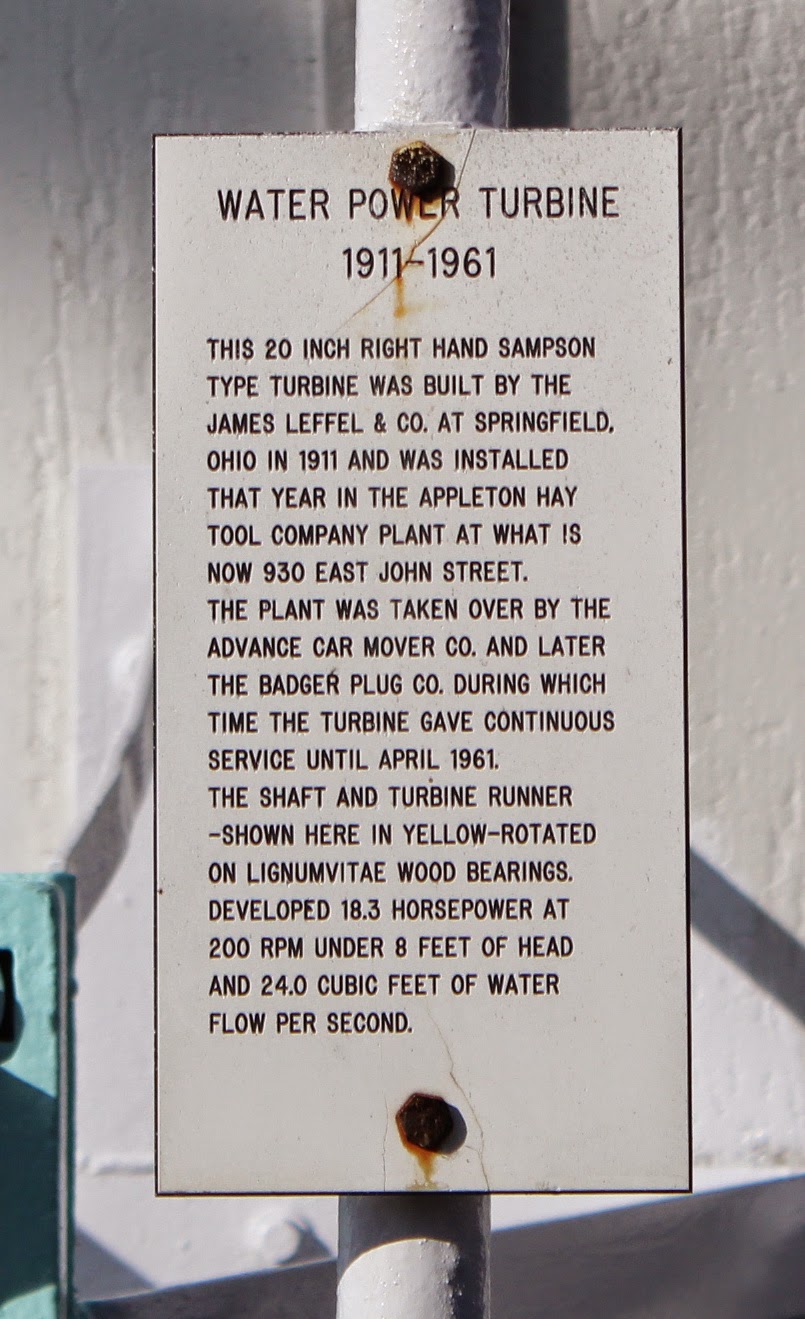 This 20 inch [sic] right hand [sic] Samson type [sic] turbine was built by the[sic] James Leffel & Co. at Springfield, Ohio in 1911 and was installed that year in the Appleton Hay Tool Company Plant at what is now 930 East John Street. The plant was taken over by the Advance Car Mover Co. and later the Badger Plug Co. during which time the turbine gave continuous service until April 1961.
The shaft and turbine runner -- shown here in yellow -- rotated on lignumvitae wood bearings. Developed 18.3 horsepower at 200 RPM under 8 feet of head and 24.0 cubic feet of water flow per second.

NOTE: Marker transcribed exactly, including all errors in punctuation and syntax.

The Vulcan Street Plant is located on the east bank of the Fox River, at the intersection of South Vulcan Street and North Island Street, Appleton, Wisconsin 54915. 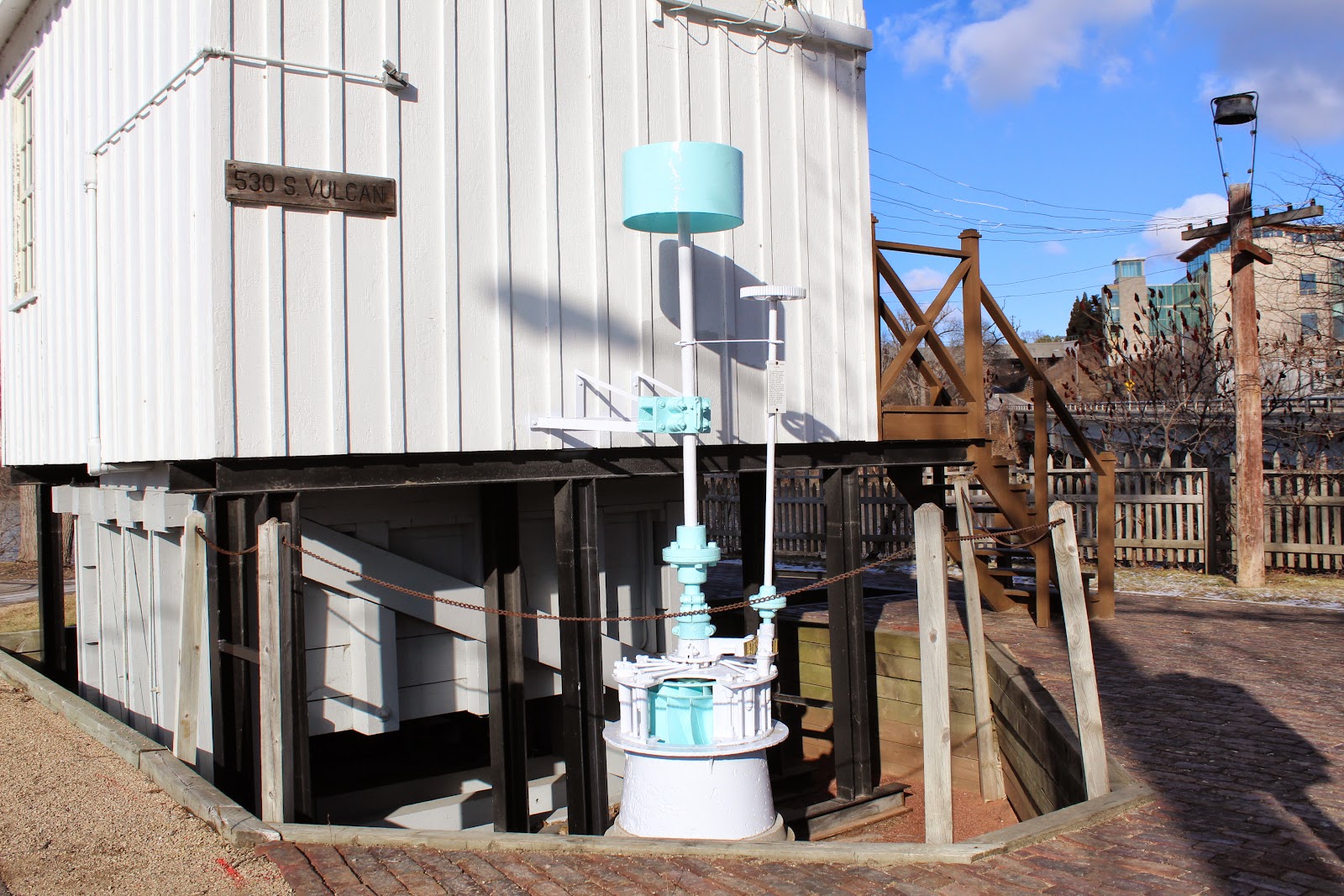 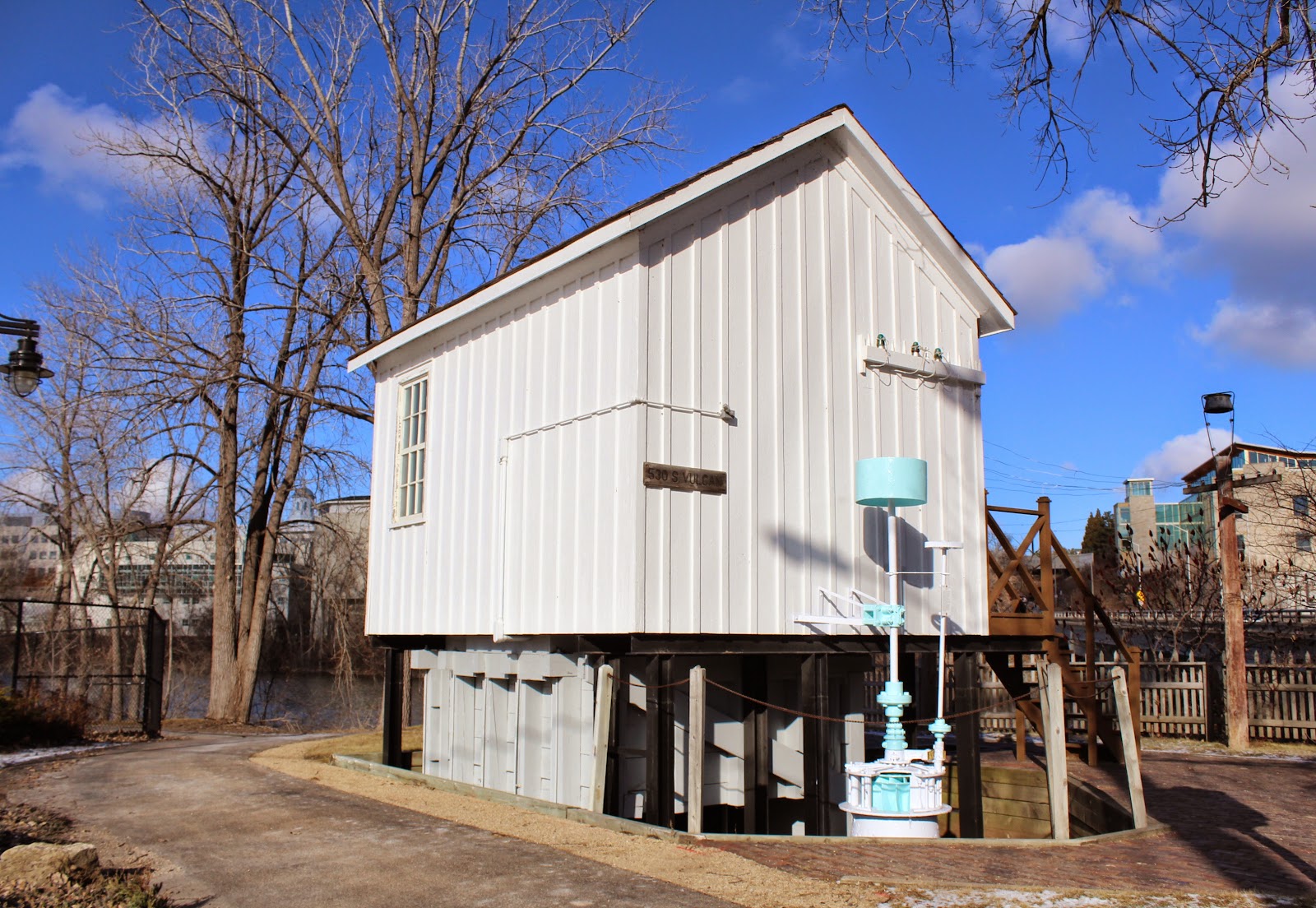 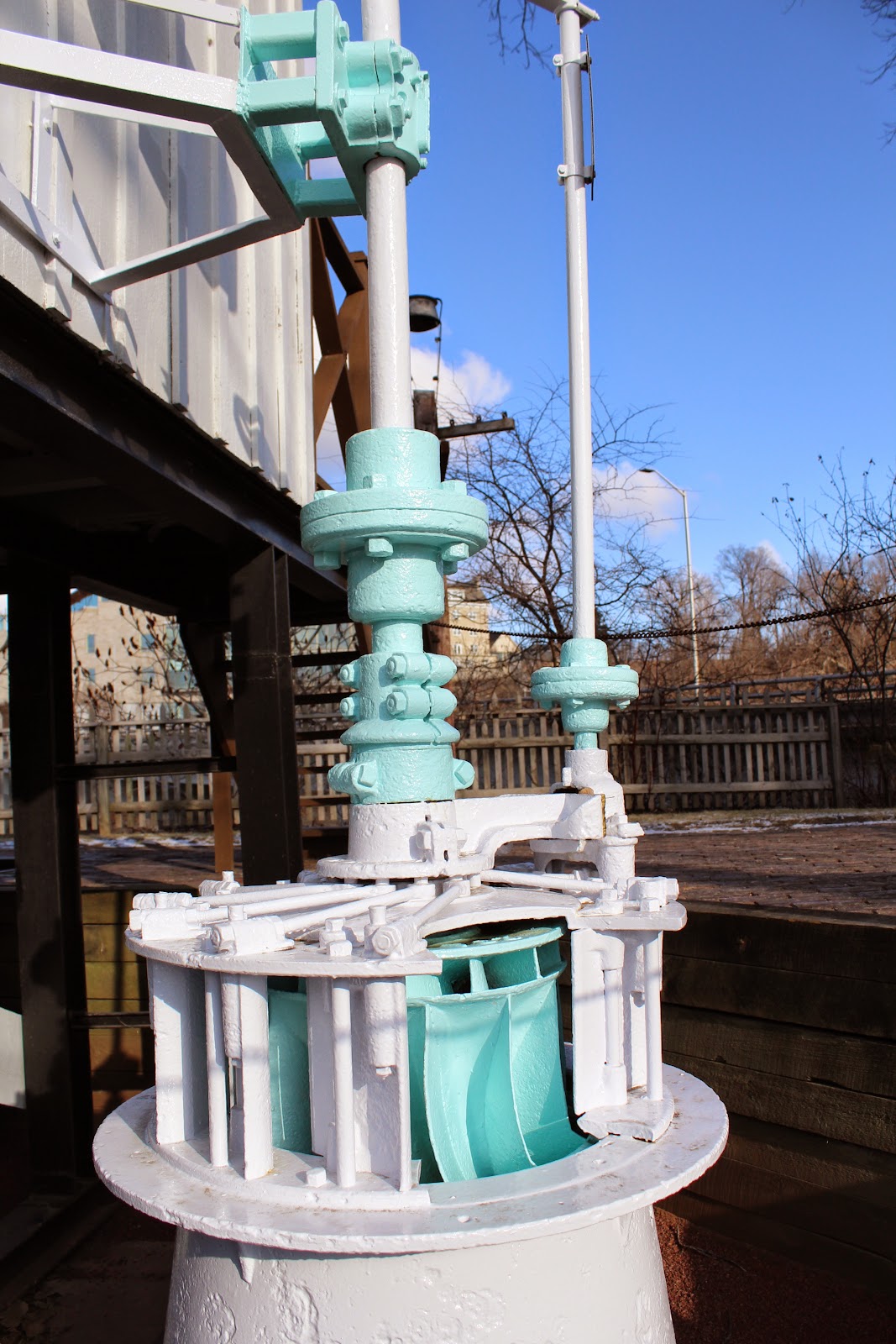 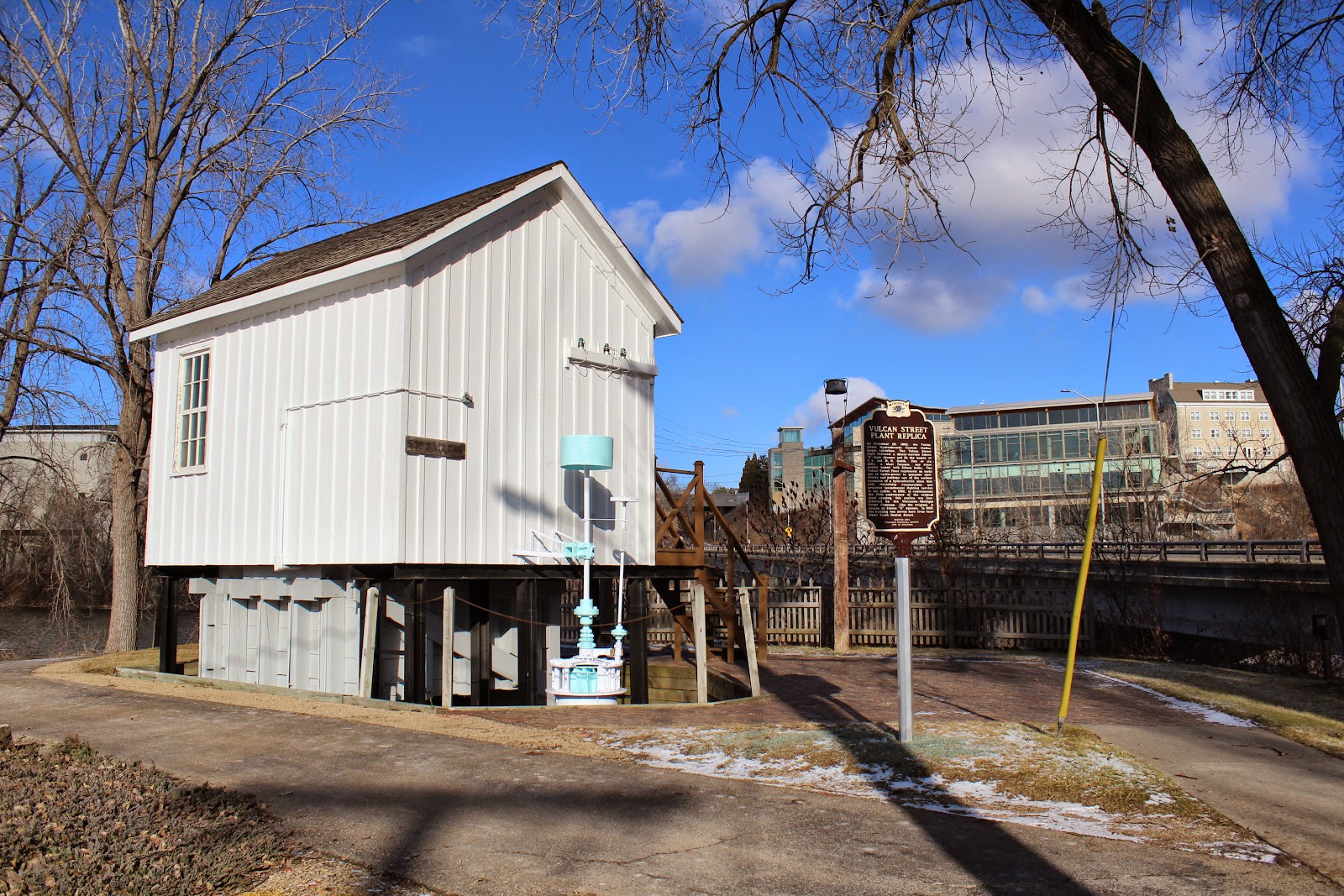 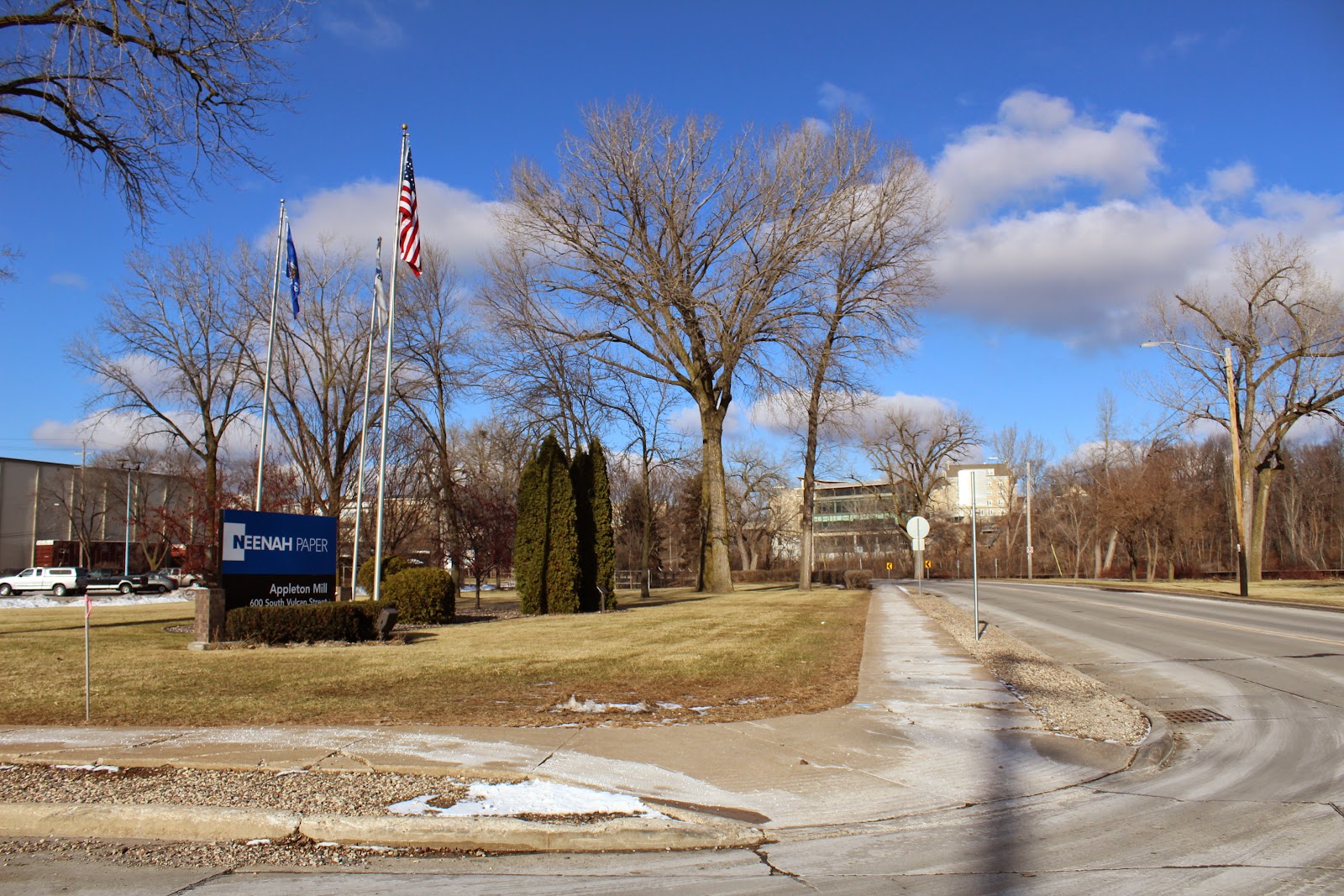 The Vulcan Street Central Station is adjacent to Neenah Paper. 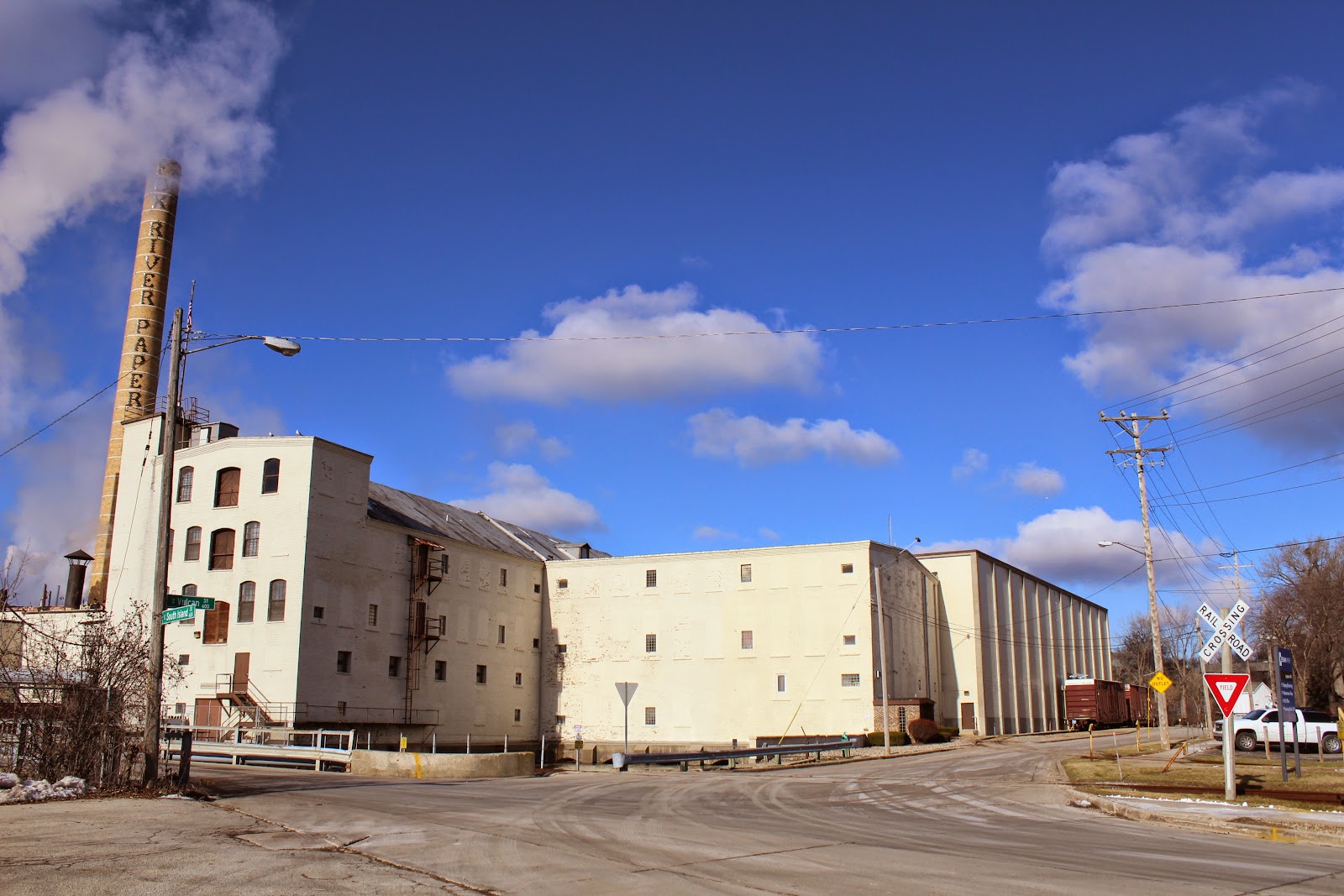 The marker is located at the end of this street (South Vulcan Street).