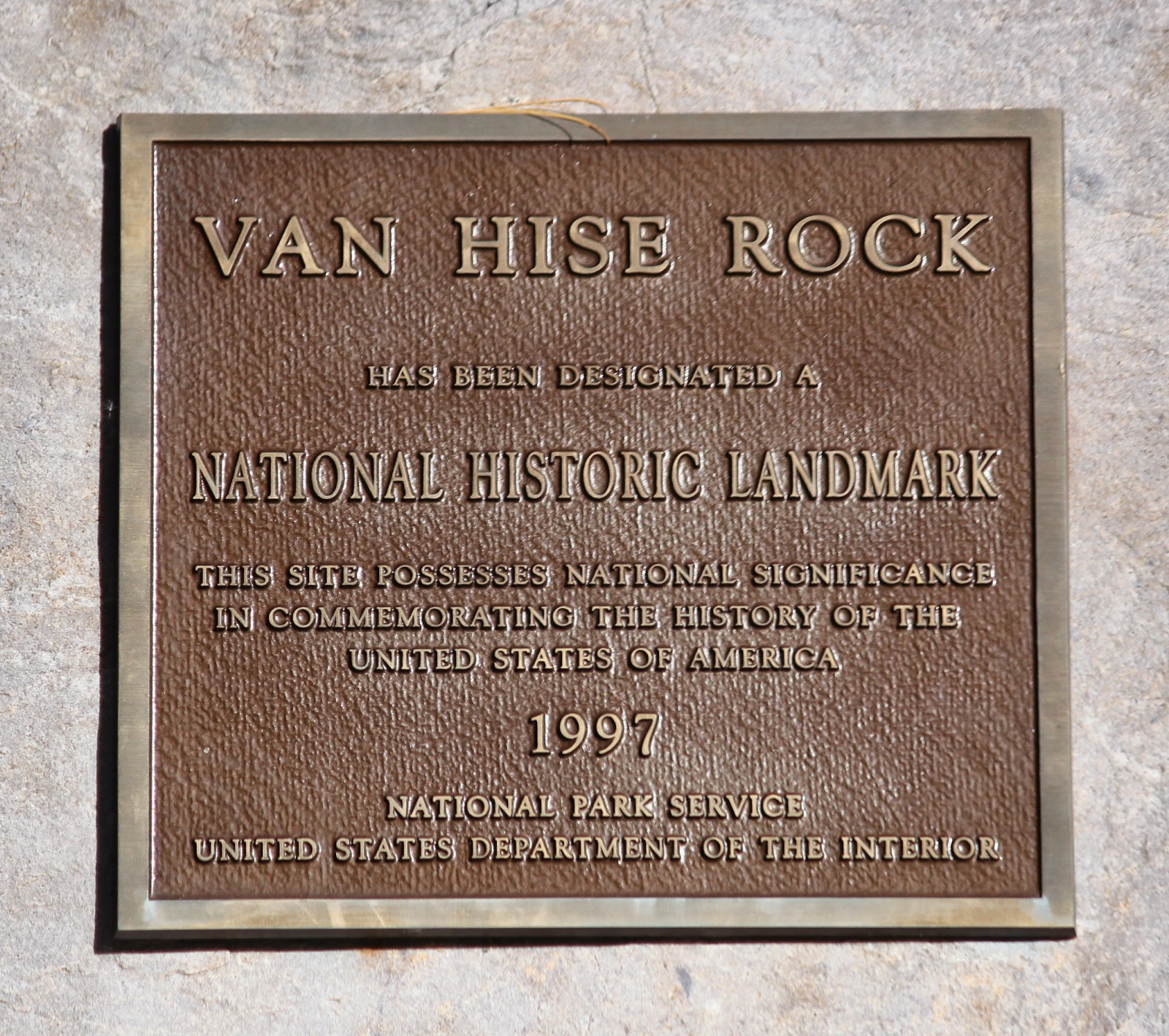 
Statement of Significance (as of designation - September 25, 1997):
This small outcrop provides an inordinate amount of geologic information about metamorphism, Precambrian rocks, and structural geology, all subjects to which Charles Van Hise, for whom the rock is named, made early and significant contributions. Van Hise Rock is still used regularly by universities to train geology students. 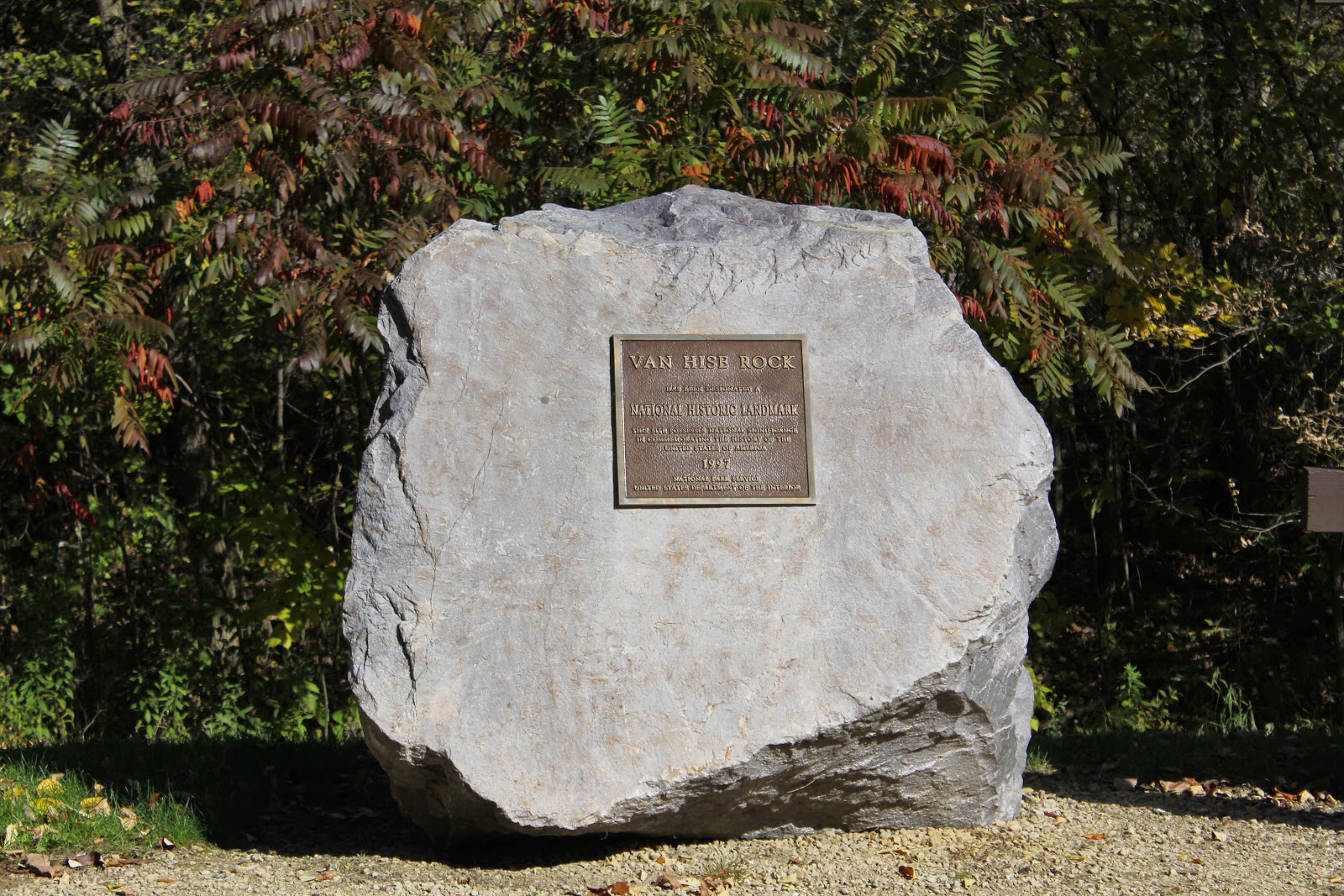 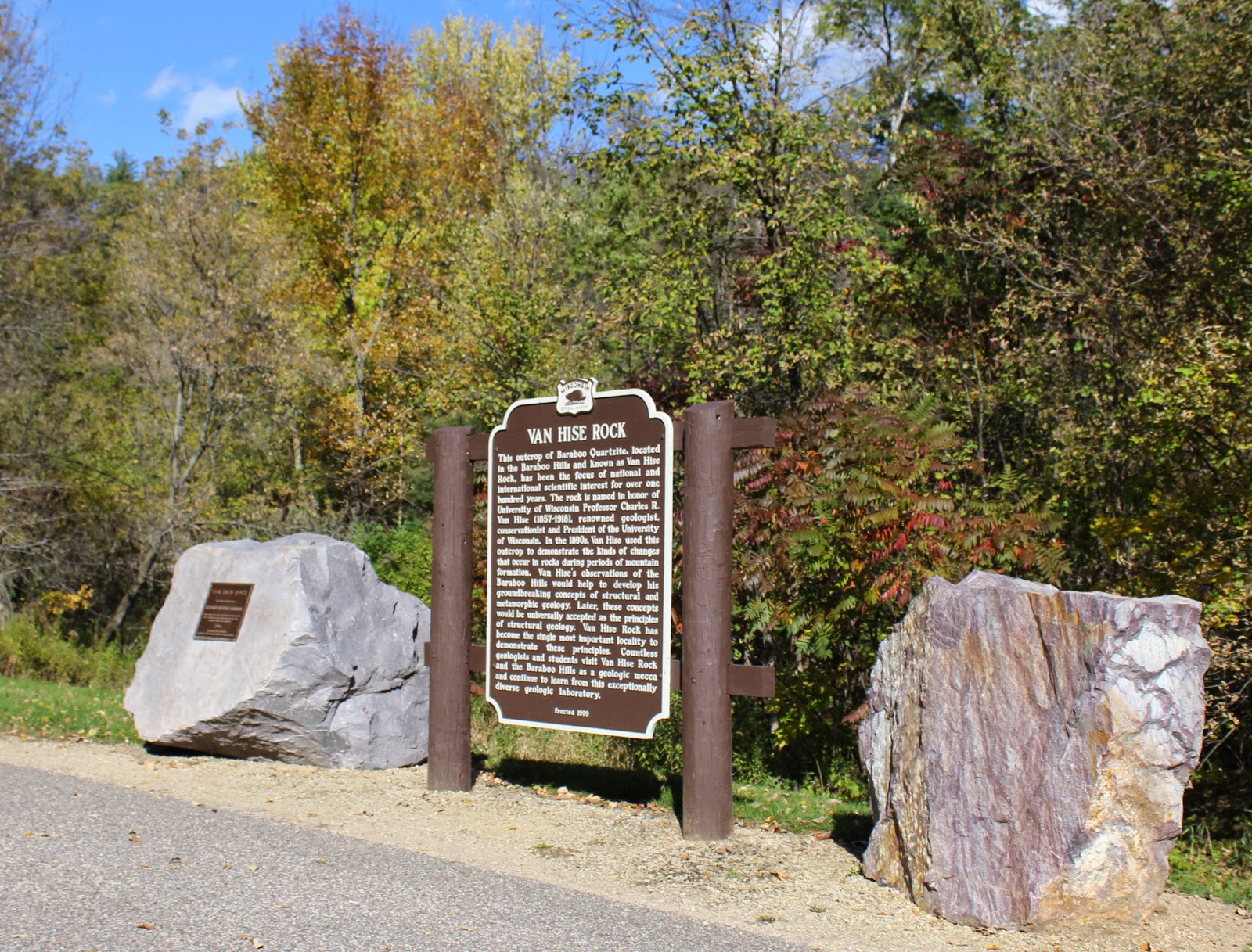 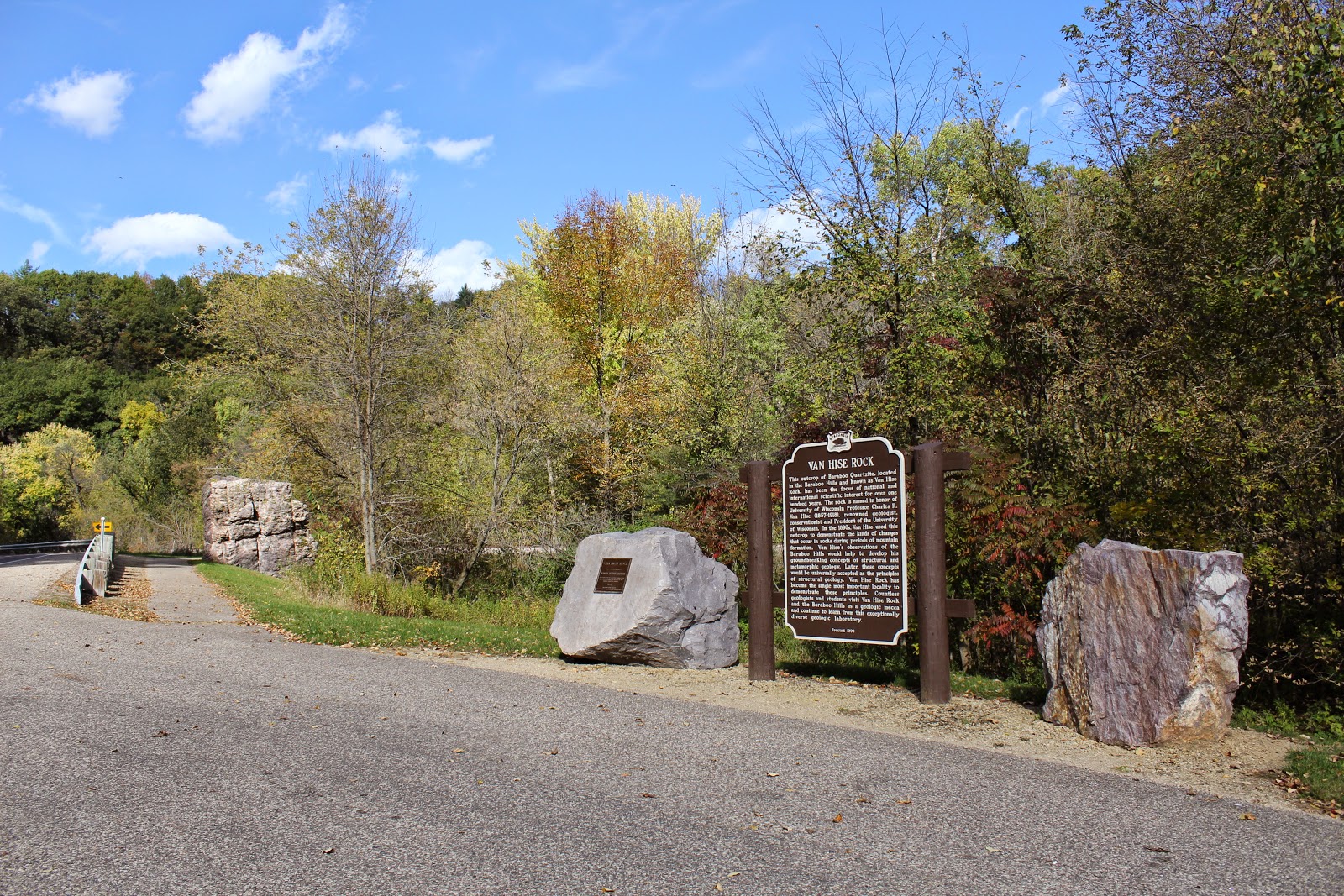 The actual rock is at the end of the pathway . . . 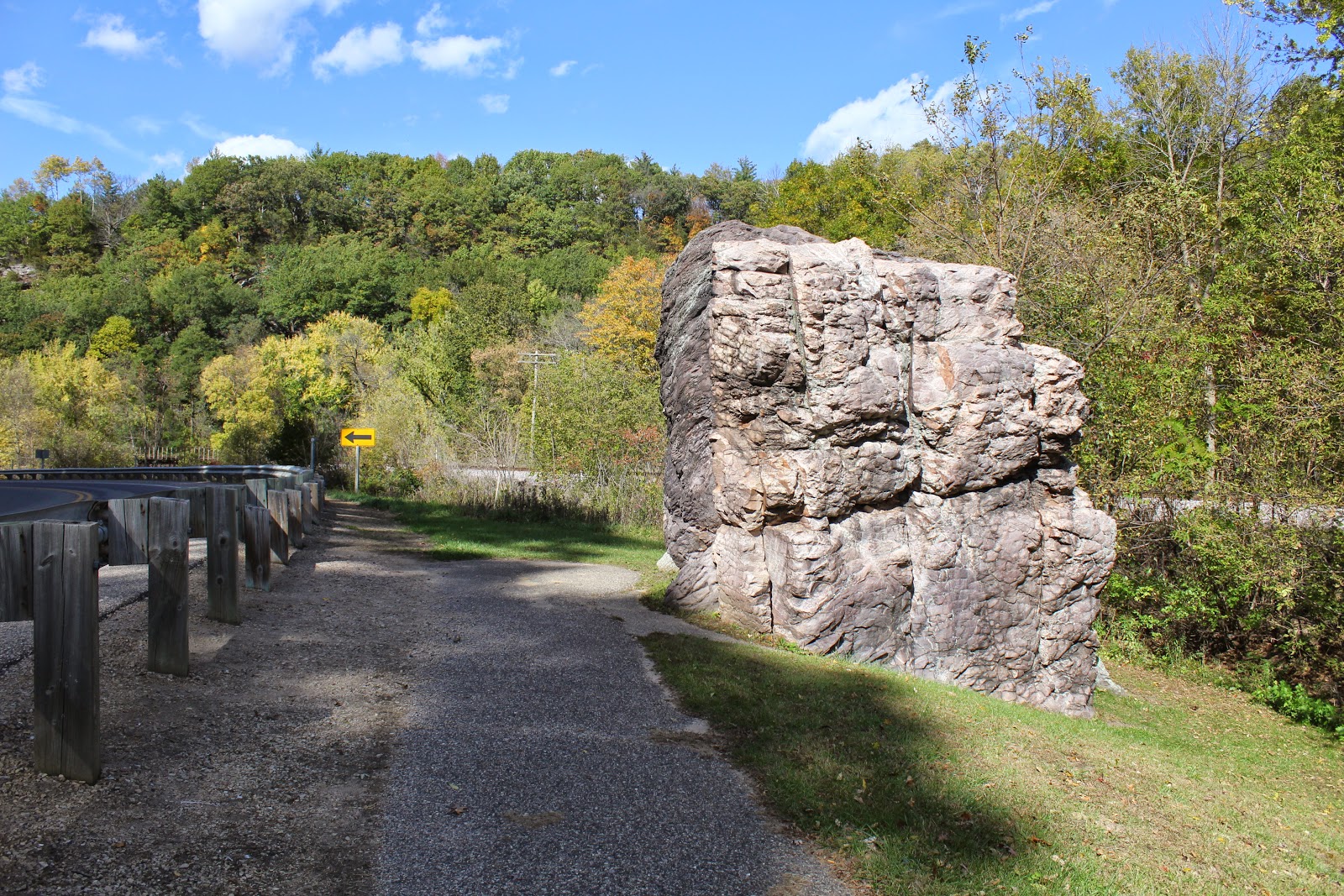 The west-facing side of Van Hise Rock, visible from the parking area. 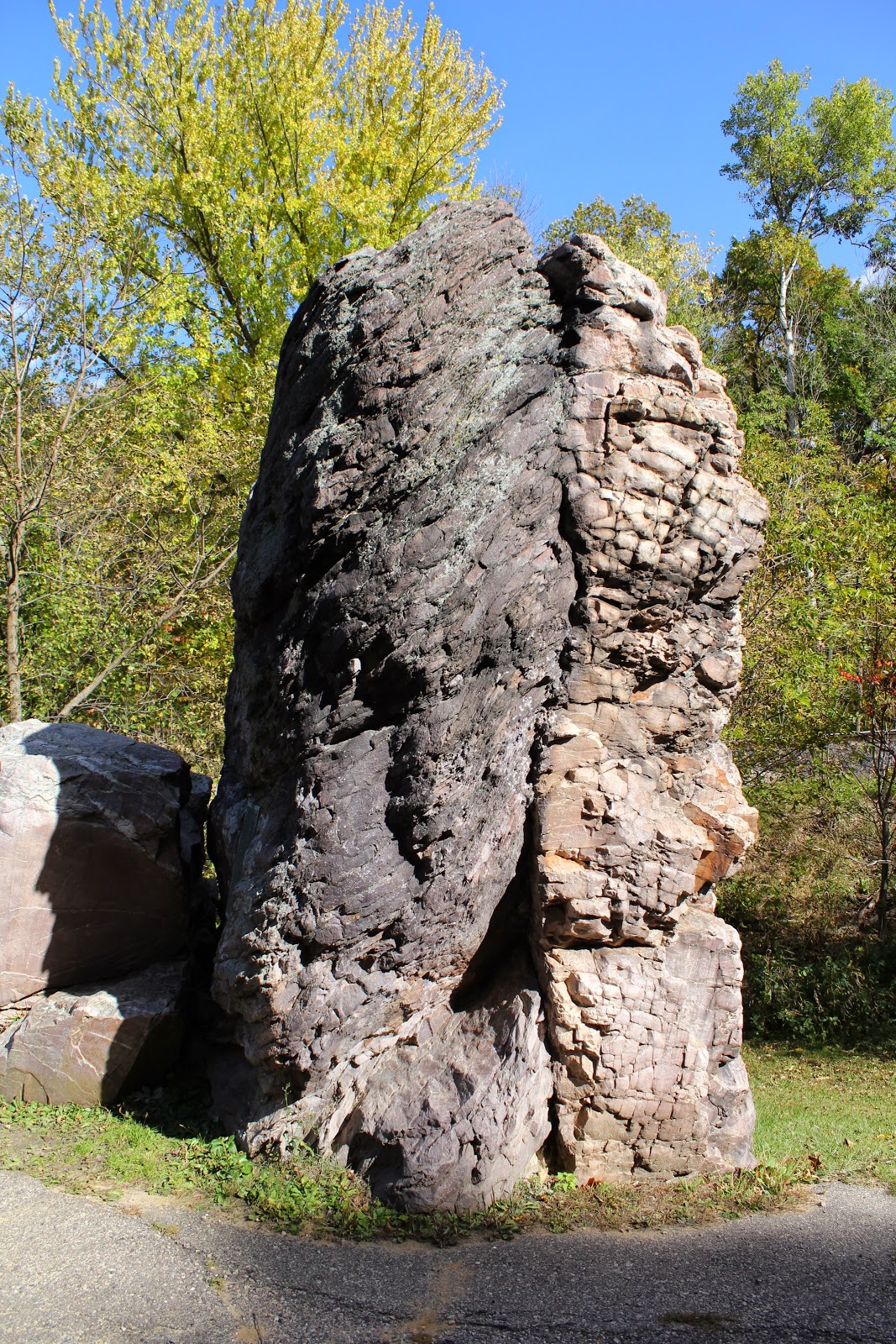 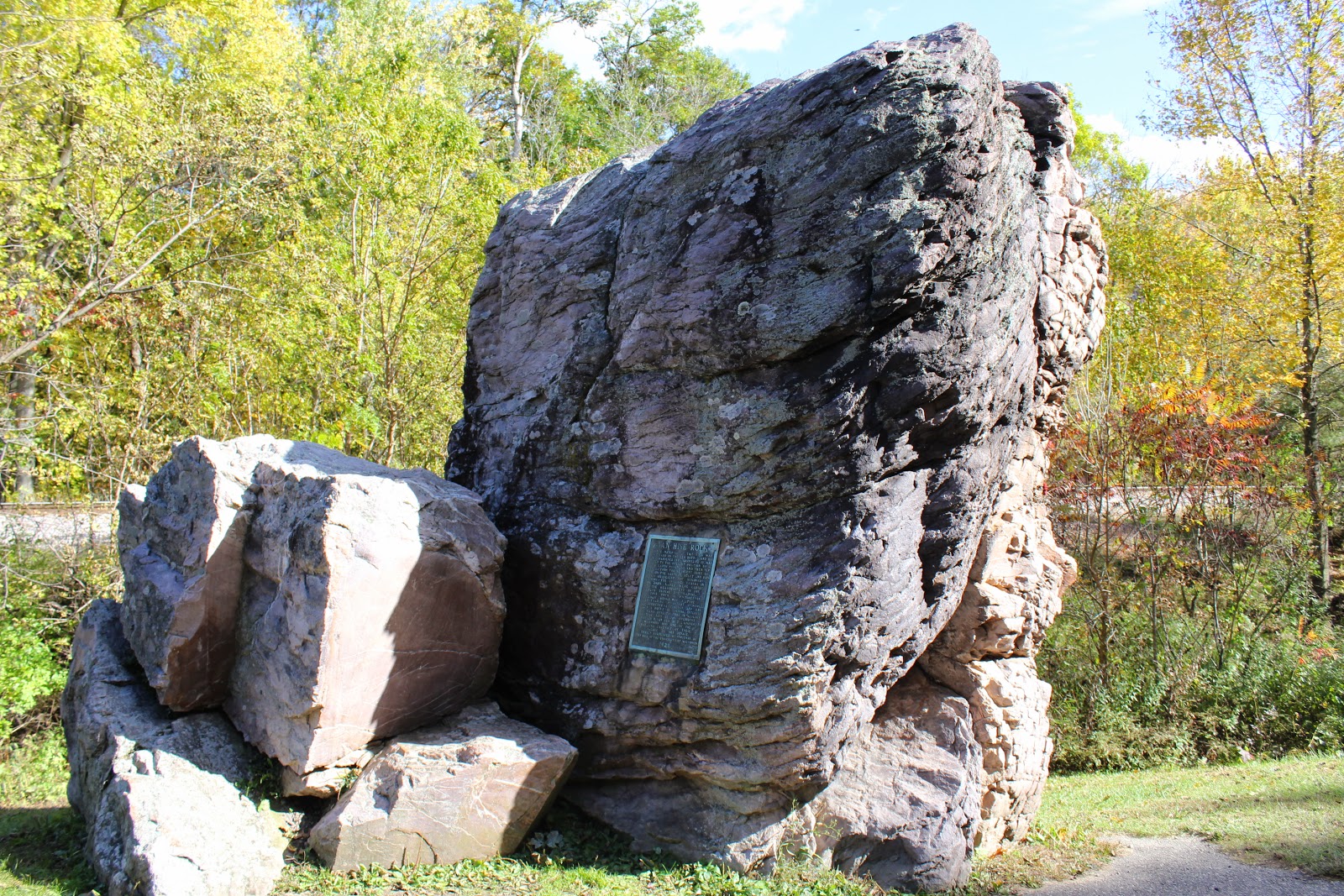 The east-facing side of the rock, with a separate Van Hise Rock marker. 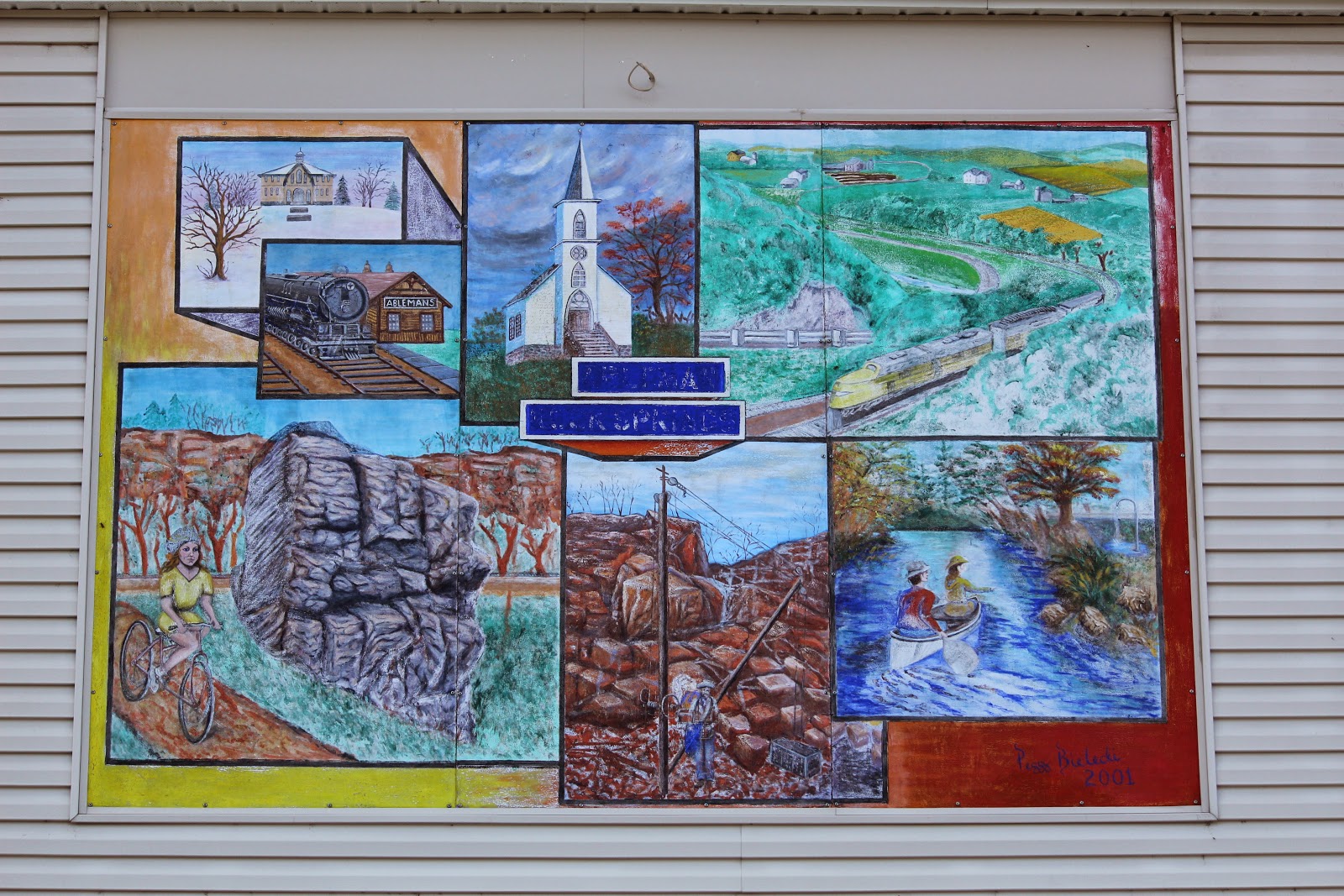 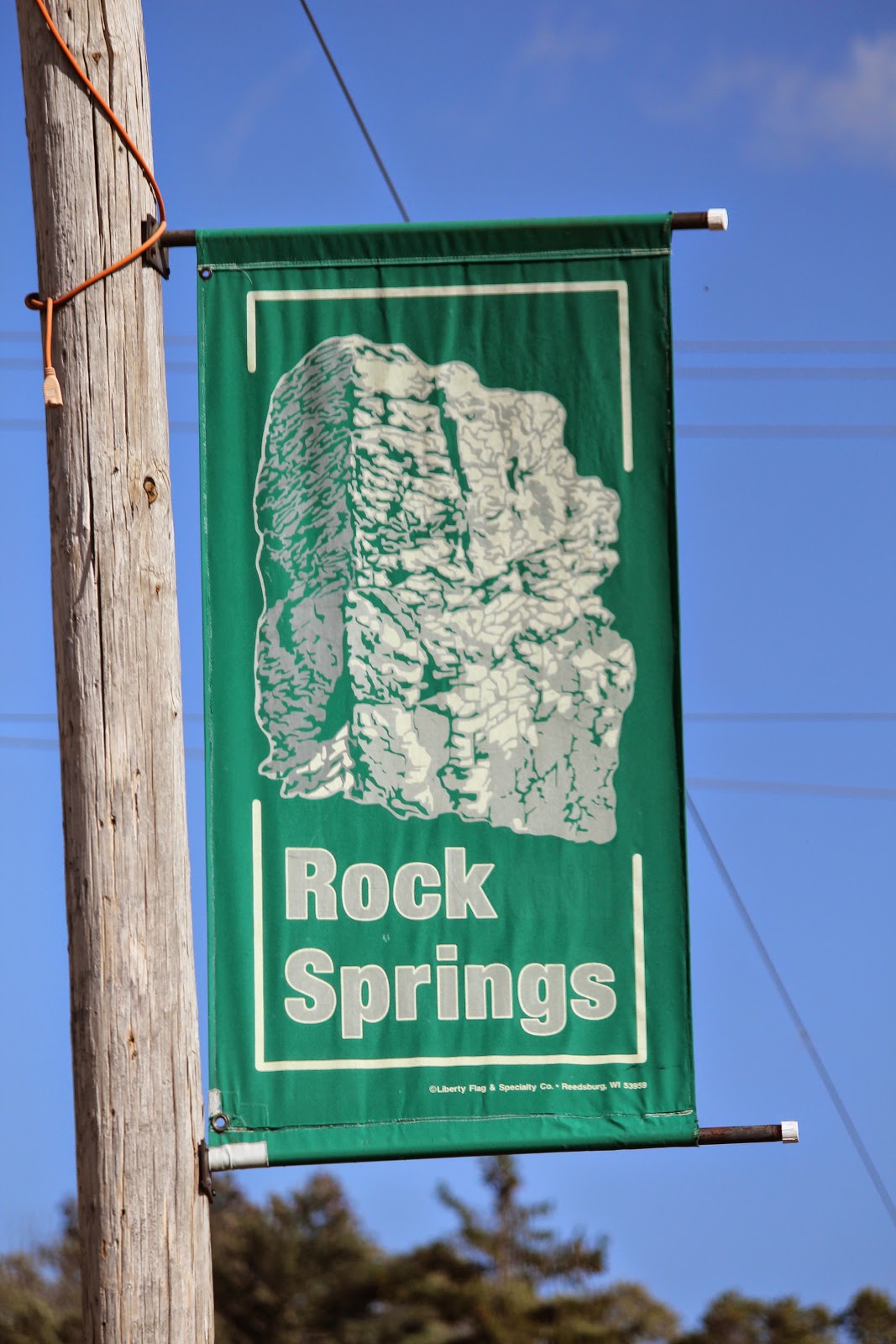 The community of Rock Springs is proud of its rock!