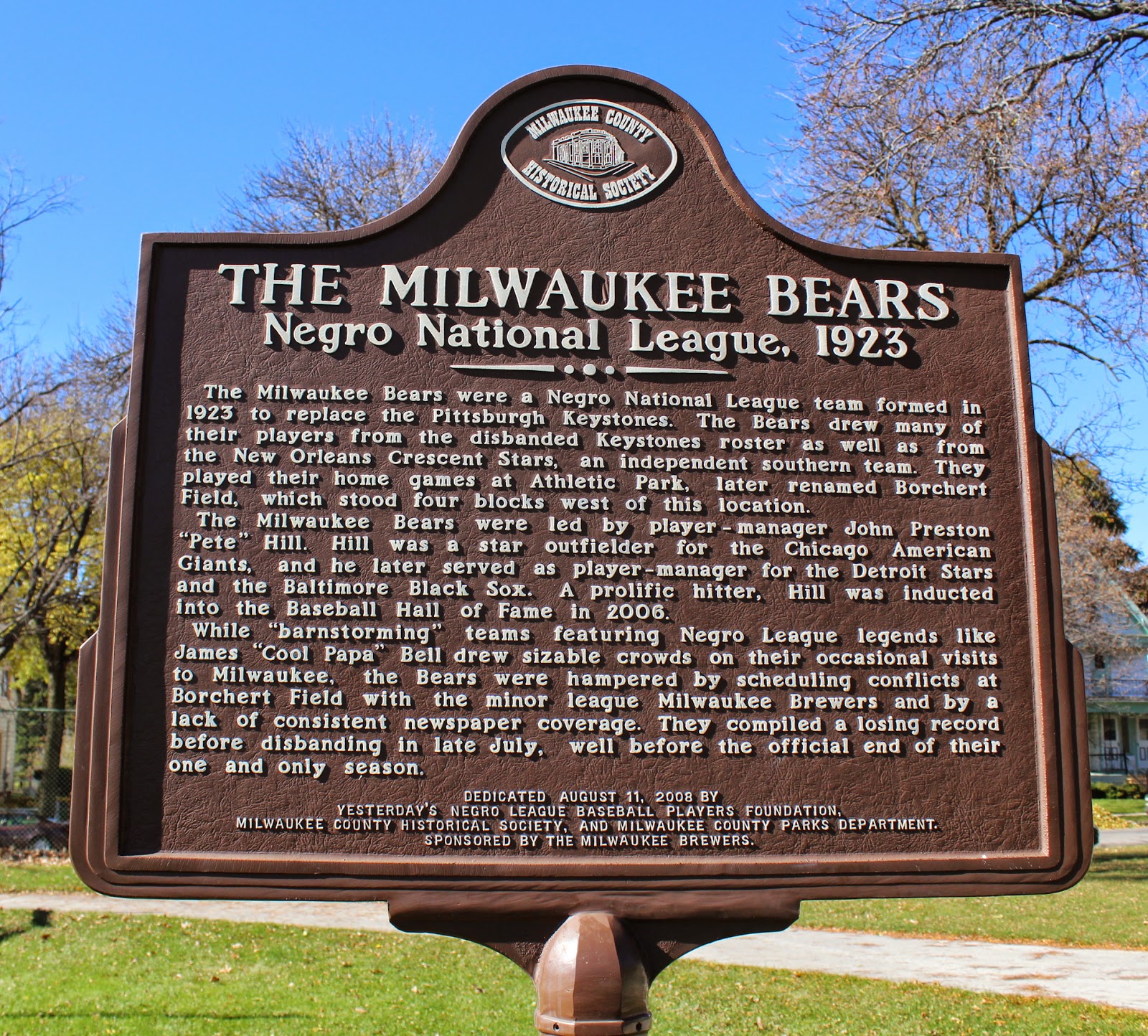 The Milwaukee Bears were a Negro National League team formed in 1923 to replace the Pittsburgh Keystones. The Bears drew many of their players from the disbanded Keystones roster as well as from the New Orleans Crescent Stars, an independent southern team. They played their home games at Athletic Park, later renamed Borchert Field, which stood four blocks west of this location.

The Milwaukee Bears were led by player-manager Joseph Preston “Pete” Hill. Hill was a star outfielder for the Chicago American Giants, and he later served as player-manager for the Detroit Stars and the Baltimore Black Sox. A prolific hitter, Hill was inducted into the Baseball Hall of Fame in 2006.

While “barnstorming” teams featuring Negro League legends like James “Cool Papa” Bell drew sizable crowds on their occasional visits to Milwaukee, the Bears were hampered by scheduling conflicts at Borchert Field with the minor league Milwaukee Brewers and by a lack of consistent newspaper coverage. They compiled a losing record before disbanding in late July, well before the official end of their one and only season.

NOTE: This is a two-sided marker; see also, Borchert Field.


The marker is located at the northwest corner of Clinton Rose Park, located on northbound North 5th Street, at its intersection with West Burleigh Street, Milwaukee, Wisconsin 53212.


Welcome to Borchert Field, The Online Museum of the American Association Milwaukee Brewers, 1902-1952
Because Milwaukee was playing baseball long before 1953. 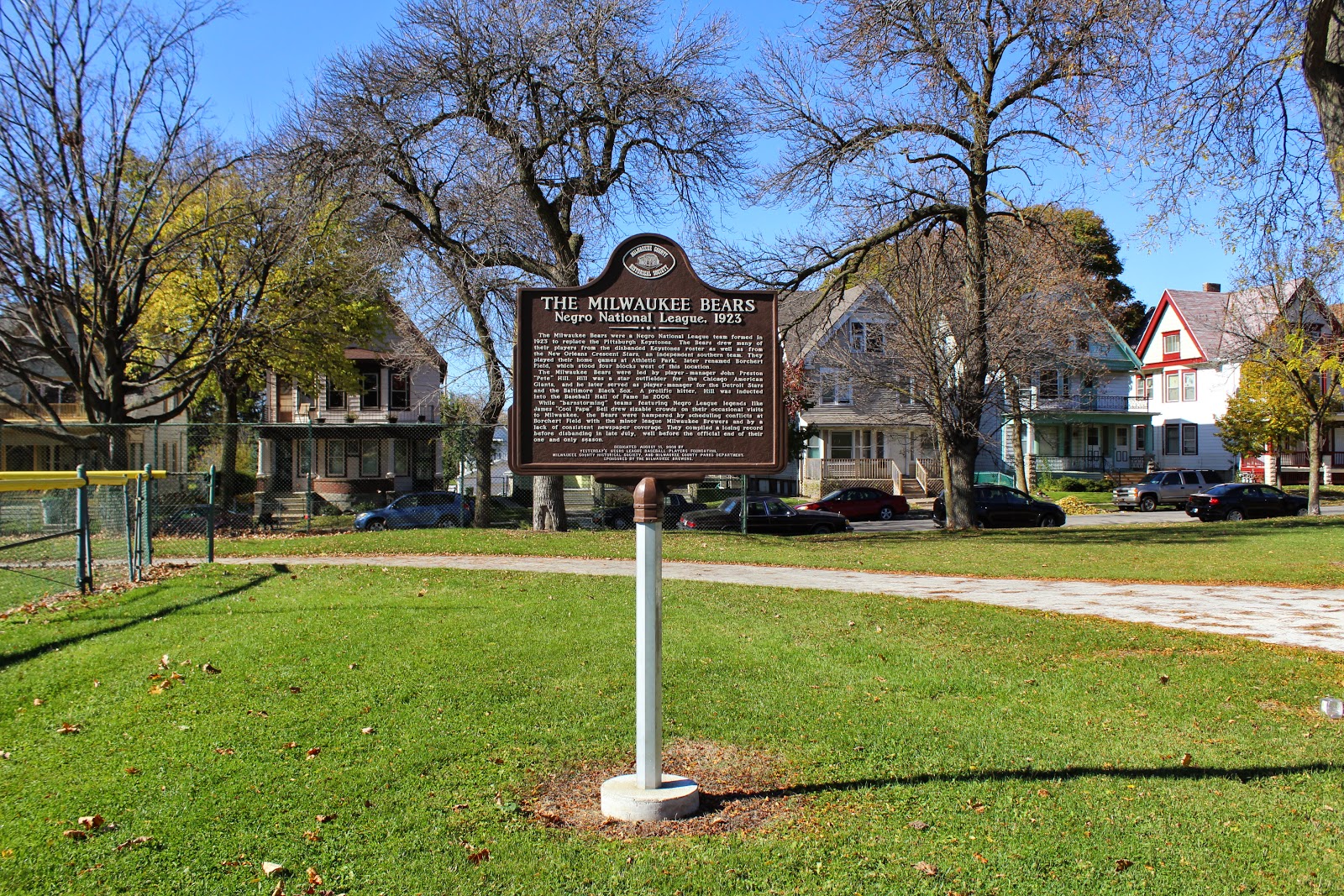 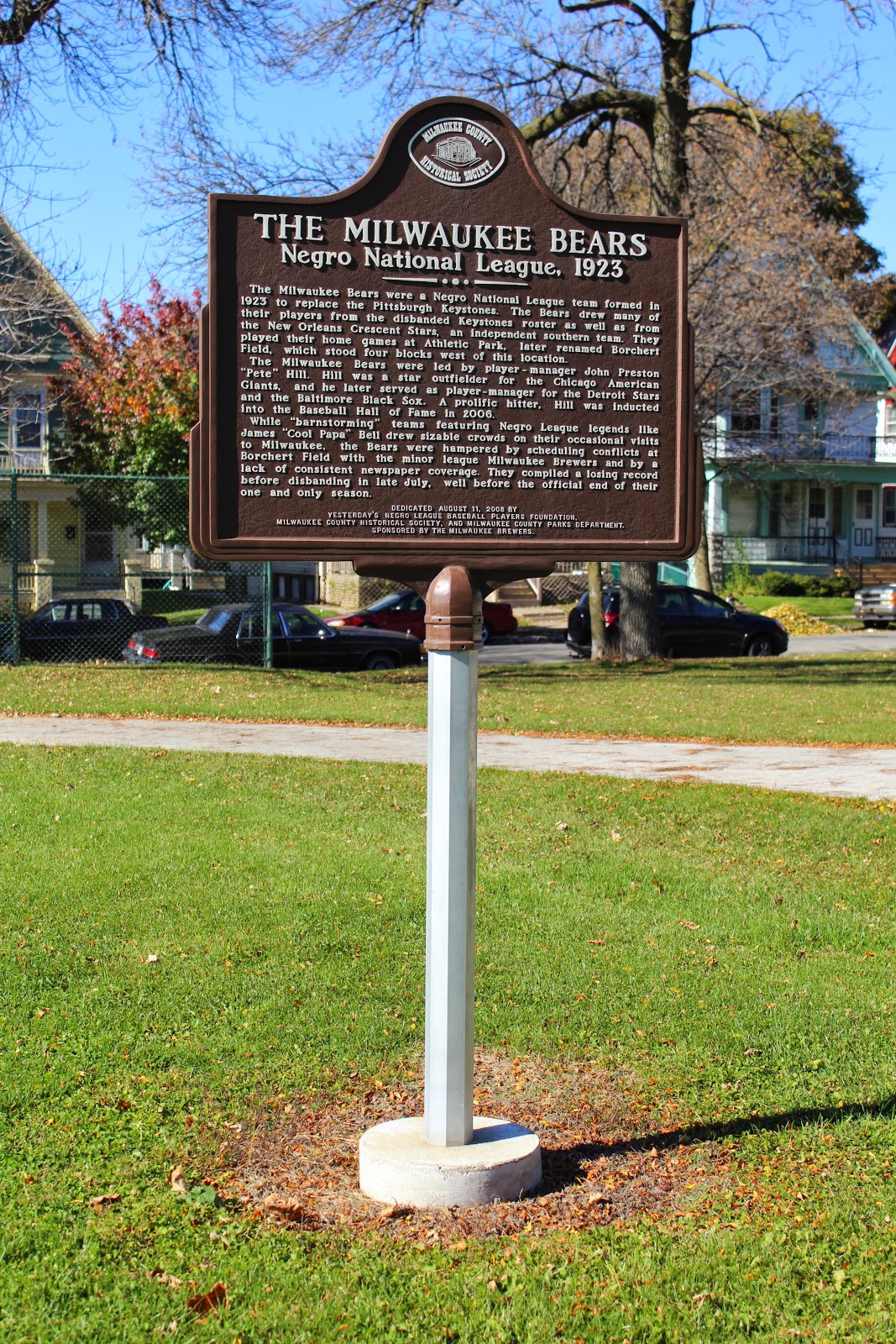 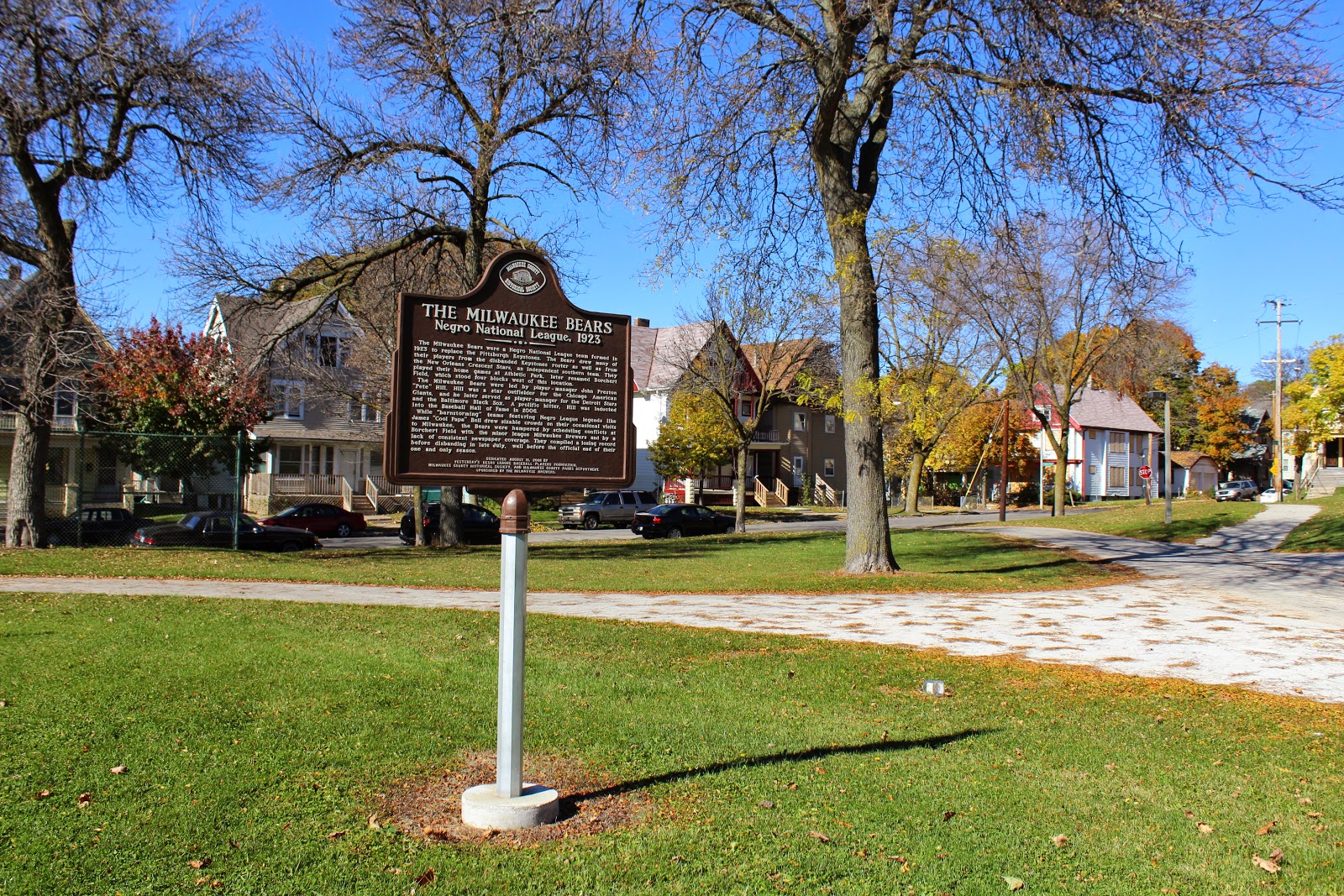 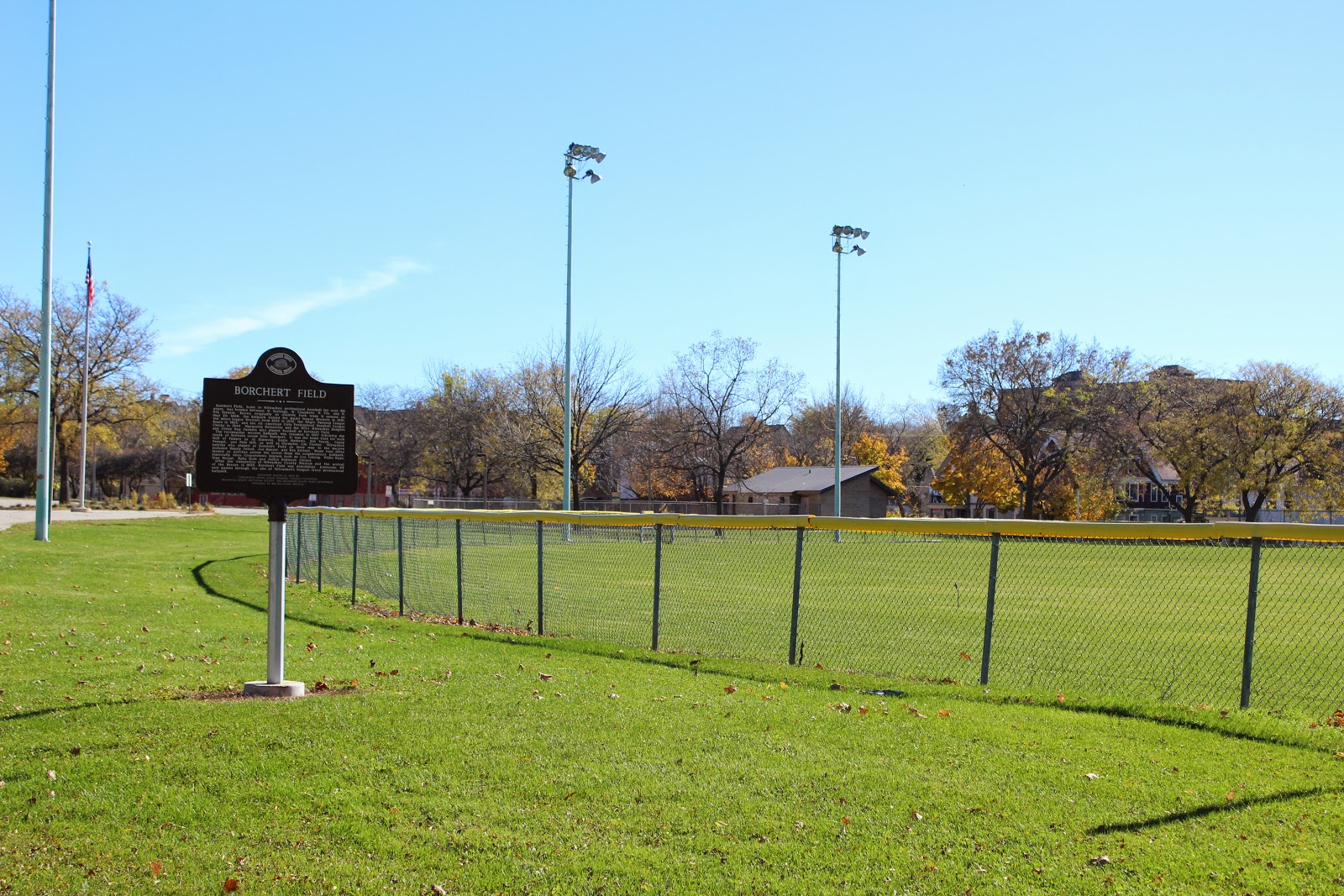 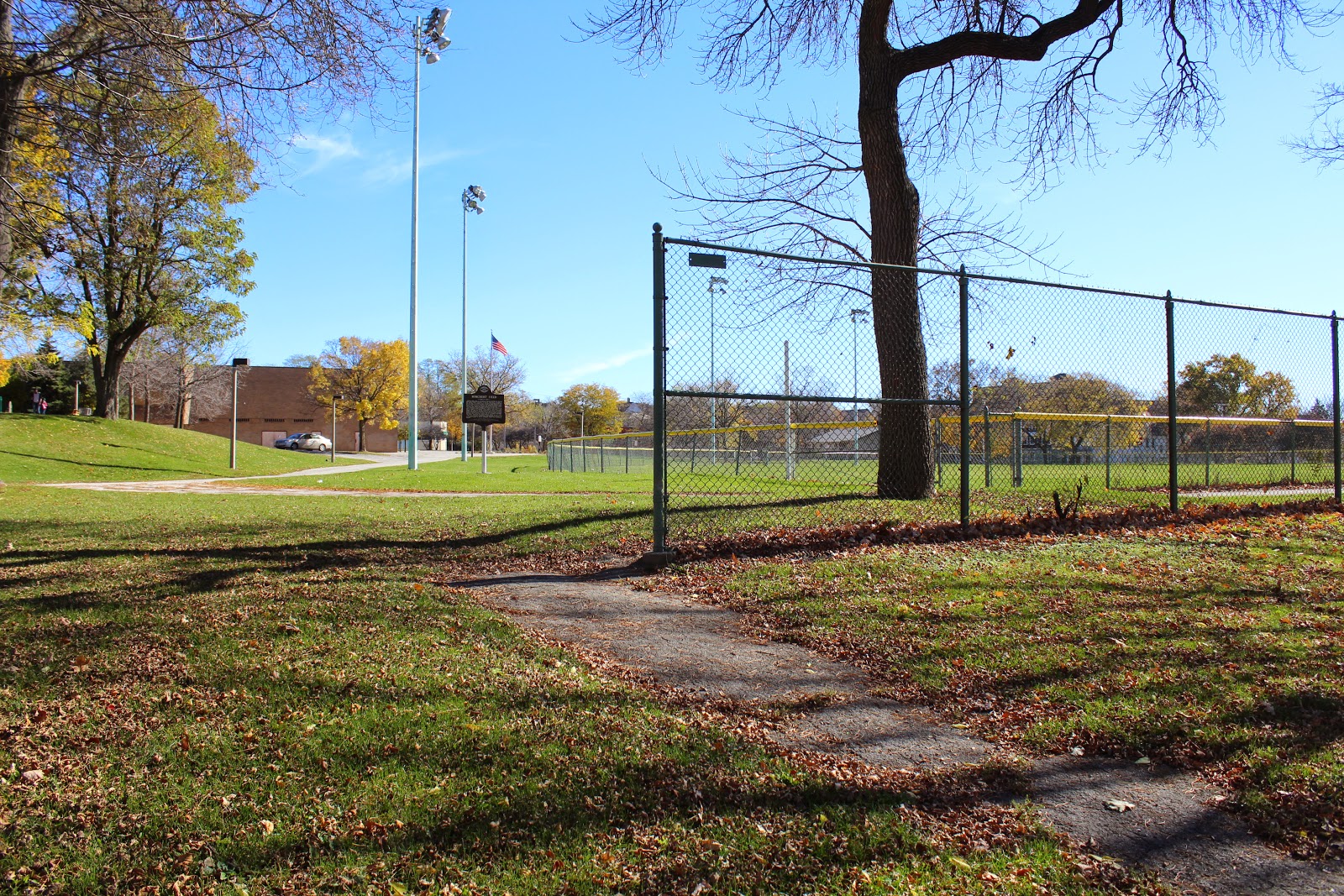 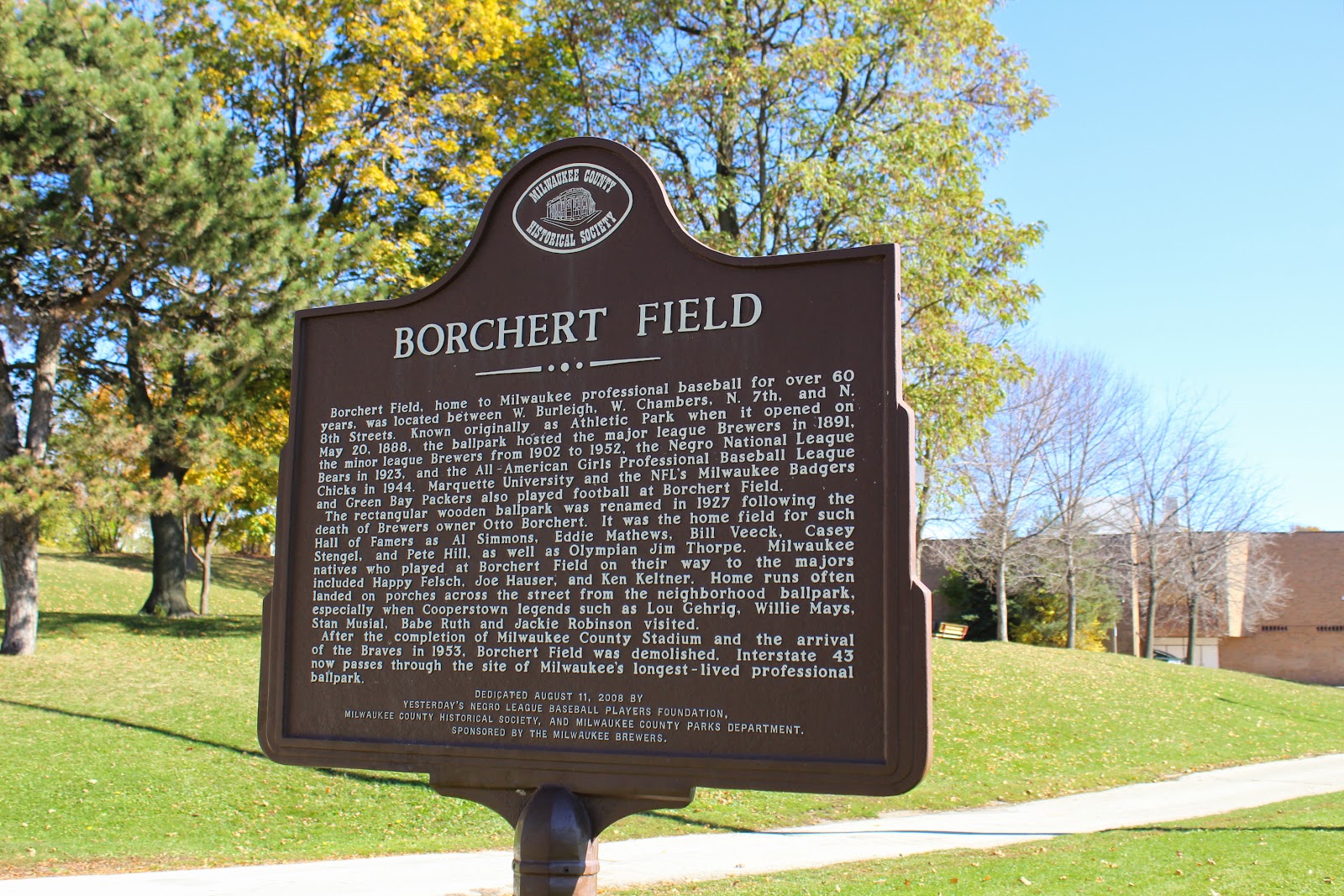 See also, Borchert Field, side two of the marker. 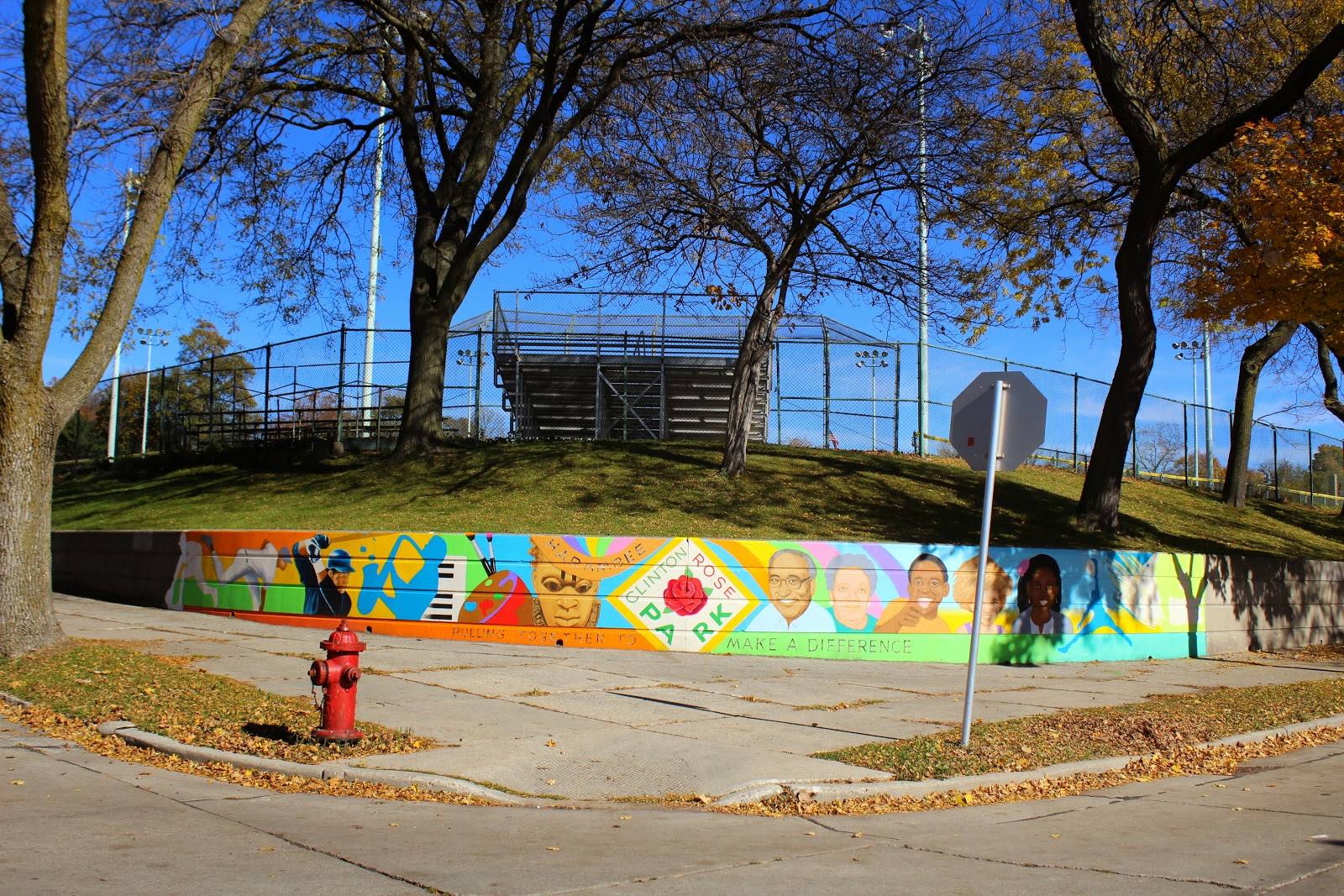 The southwest corner of the field, at the intersection
of North 5th Street and West Chambers Street.