Looking southbound across the bridge. 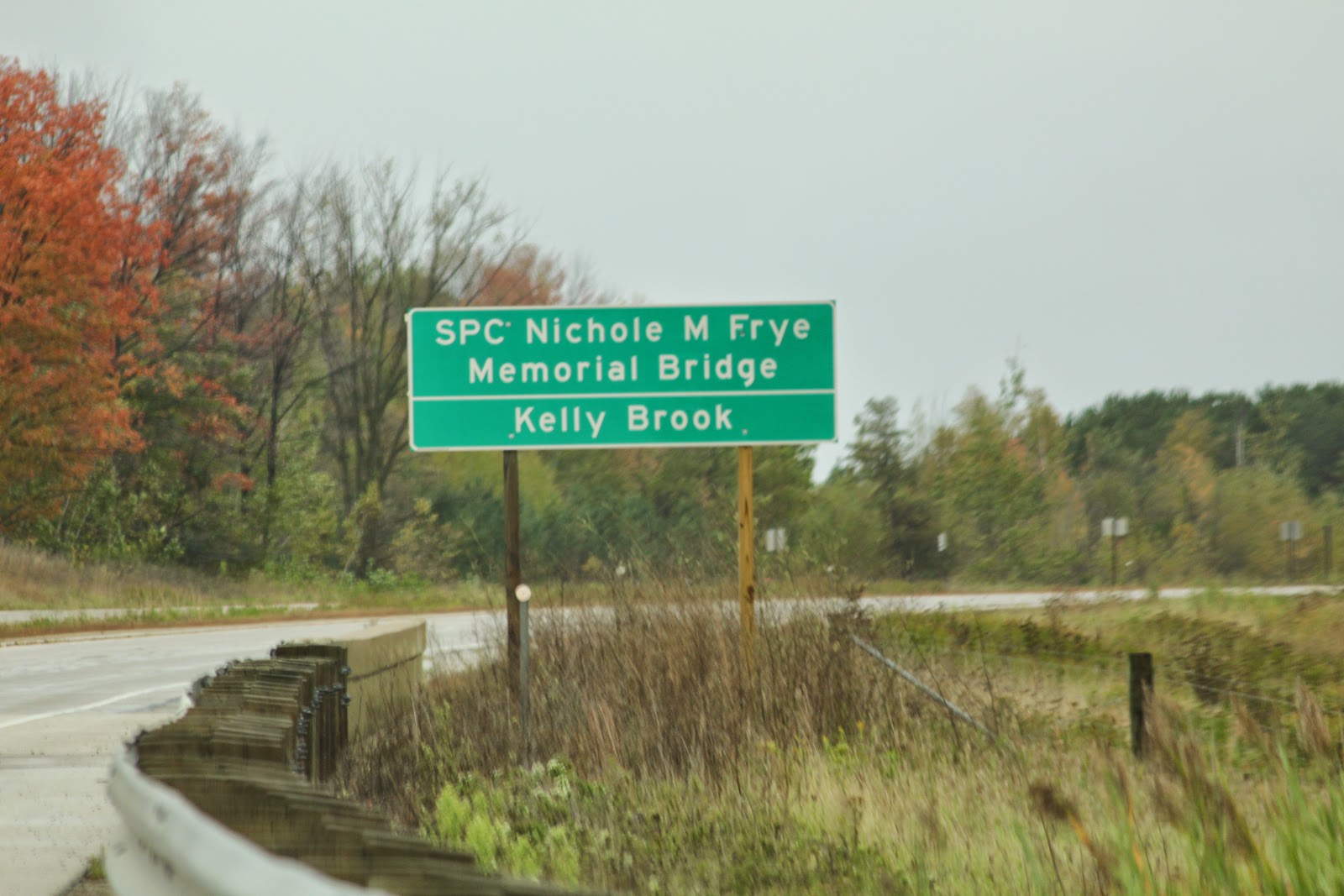 The sign on the southbound side of the bridge / U.S. Highway 141. 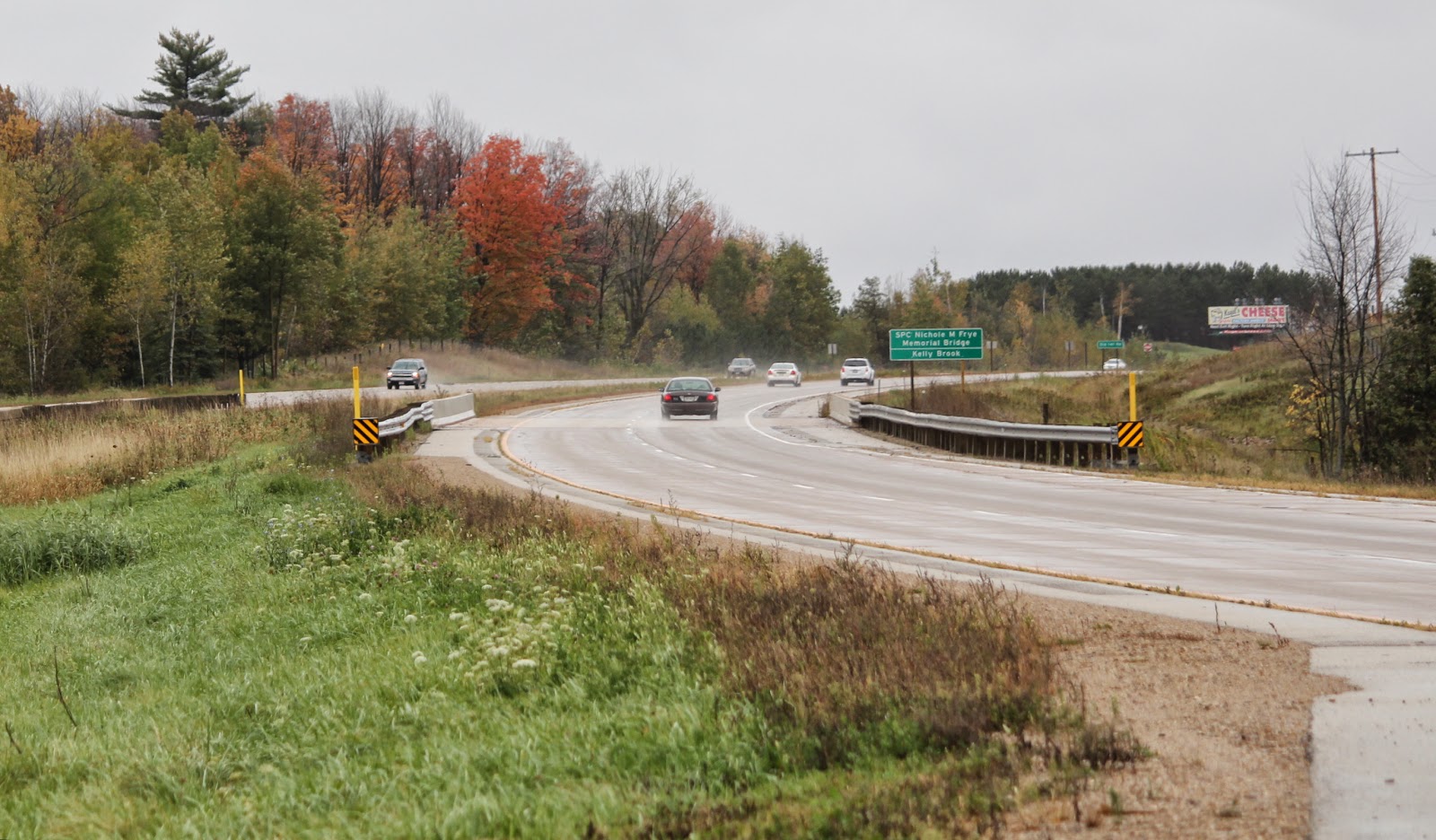 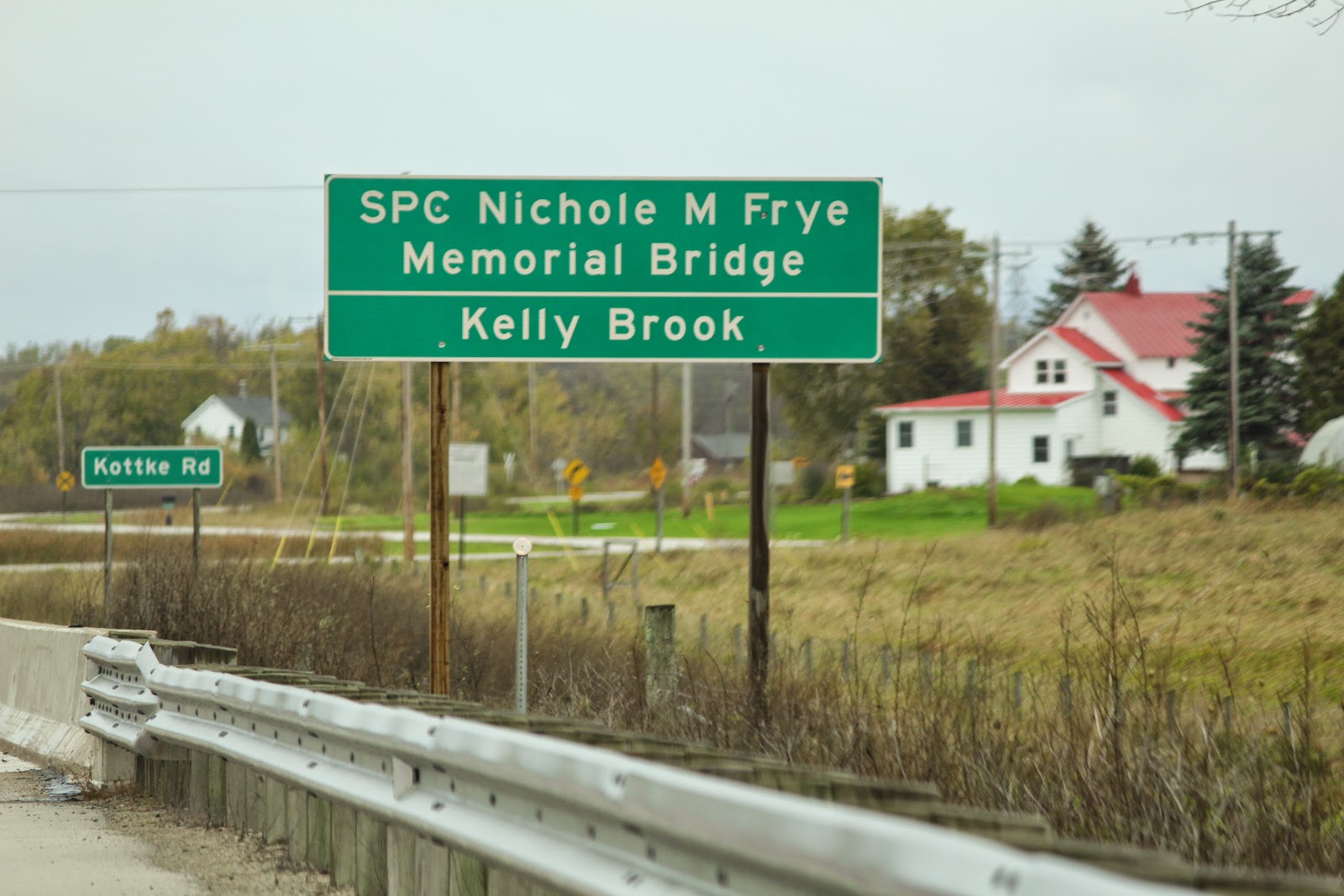 The sign on the northbound side of the bridge / U.S. Highway 141.
The small commemorative plaque mentioned in the Fox 11 news report
is visible to the left of the signs posts. Sadly, I did not notice it! 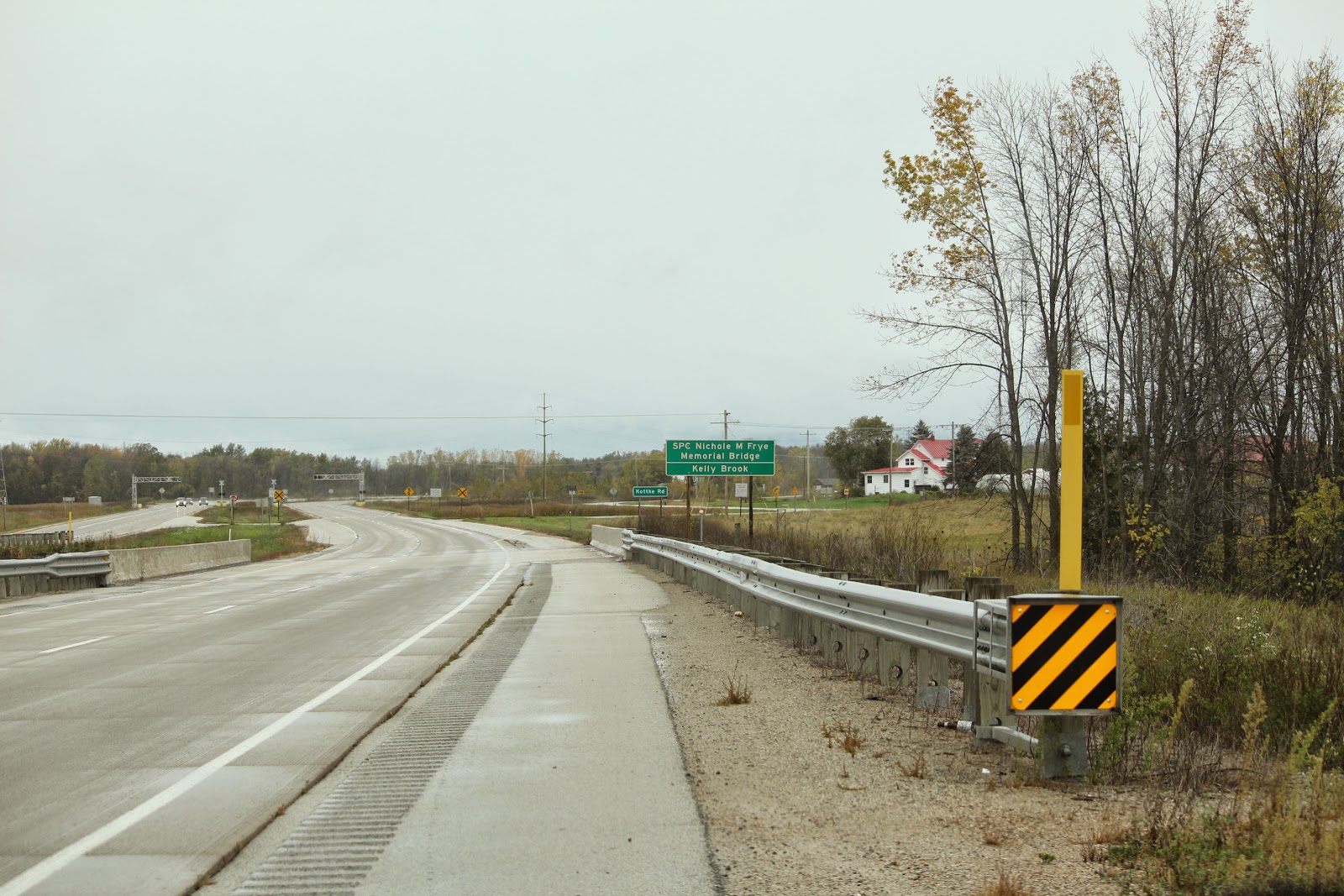 Facing southbound at both sides of the bridge. 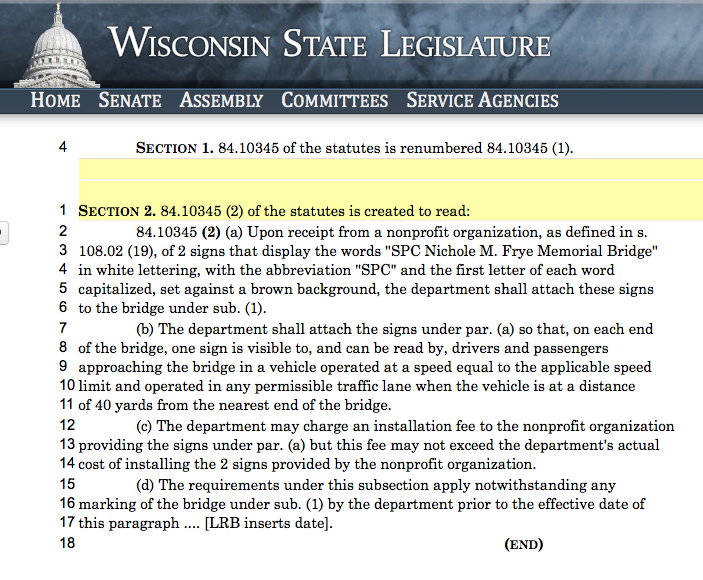