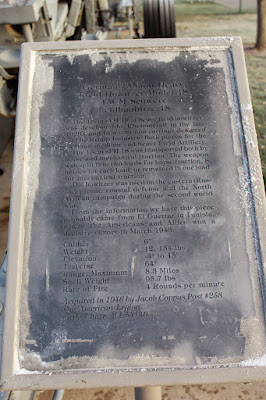 The 15cm sFH 18, a heavy field howitzer, was developed by Rheinmetall in the late 1920's and fit a common carriage designed by The Krupp Industry. Both pieces for the German medium and heavy Field Artillery.

The howitzer was used on the eastern (Russian) front, coastal defense and the North African campaign during the second world war.

From the information we have this piece probably came from El Guettar in Tunisia, where the Americans and Allies won a decisive victory in March 1943.

NOTE: The marker was transcribed exactly as written, without corrections to errors in syntax, punctuation and capitalization.

The Howitzer is located at Legion Park on northbound Madison Street / County Highway N, on the northeast corner of the intersection of Madison Street and Pierce Avenue, at or near 1002 Madison Street, Little Chute, Wisconsin 54140.


The 15 cm schwere Feldhaubitze 18 or sFH 18 (German: "heavy field howitzer, model 18"), nicknamed Immergrün ("Evergreen"),[2] was the basic German division-level heavy howitzer during the Second World War, serving alongside the smaller but more numerous 10.5 cm leFH 18. It was based on the earlier, First World War-era design of the 15 cm sFH 13, and while improved over that weapon, it was generally outdated compared to the weapons it faced. It was, however, the first artillery weapon equipped with rocket-assisted ammunition to increase range. The sFH 18 was also used in the self-propelled artillery piece schwere Panzerhaubitze 18/1 (more commonly known as Hummel). 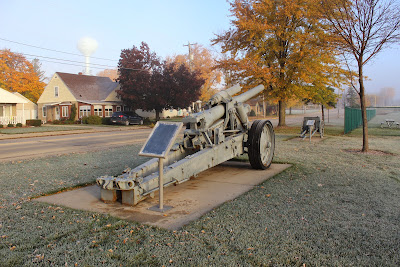 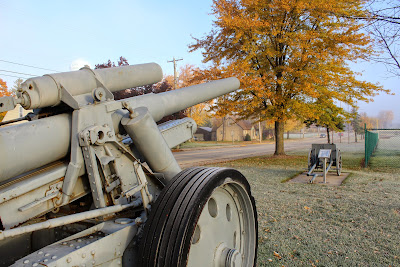 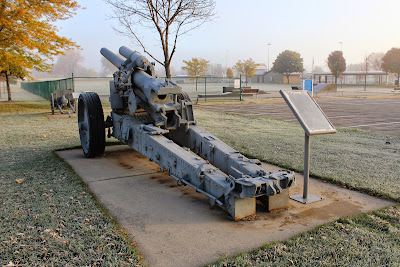 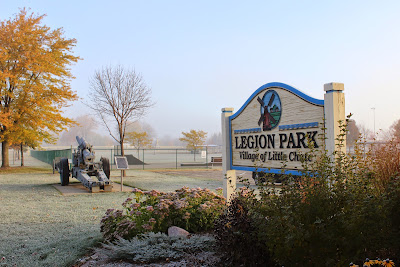 The Howitzer is located at Legion Park. 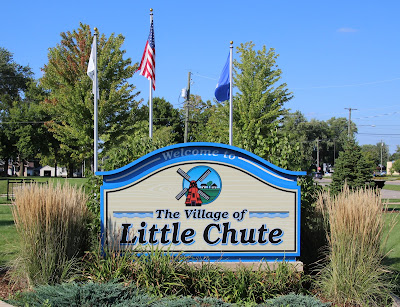 The Howitzer is located in Little Chute, Wisconsin.