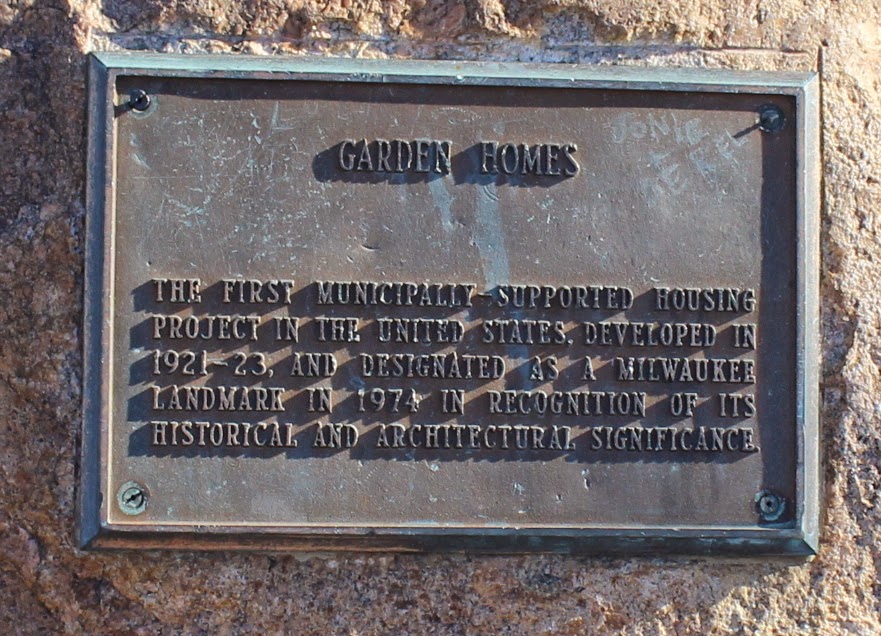 The first municipally-supported housing project in the United States, developed in 1921-23, and designated as a Milwaukee landmark in 1974 in recognition of its historical and architectural significance.

Garden Homes Historic District Historic Designation Study Report (April 2011)
Note: Much of this report is taken directly from the Garden Homes National Register nomination and from a summary prepared for publication and later printed in the July/August 1993 issue of Wisconsin Preservation.

The Garden Homes neighborhood, built in 1921-1923, was the nation’s first and only municipally-built cooperative housing development aimed at providing affordable housing. The homes and the cooperative form of ownership were patterned after affordable housing developments in England, and the streets in Garden Homes were originally named after the English prototypes. Today only one street -- Port Sunlight Way -- retains its original name.

A total of 93 single family and side-by-side duplexes were built and 91 buildings are still there today. The houses were built assembly-line style and all were finished on the exterior with stucco and either red or green roofs. The streets curved, unlike the city’s predominant grid system, and a small park is at the center of the development.

Garden Homes was always a tax-paying entity and it never lost money, although the cooperative form of ownership was gradually phased out by the late 1930s. Today Garden Homes is listed on the National Register of Historic Places specifically because of its place in the history of American city planning.

The property is listed on the National Register of Historic Places: Wisconsin: Milwaukee County (added 1990). 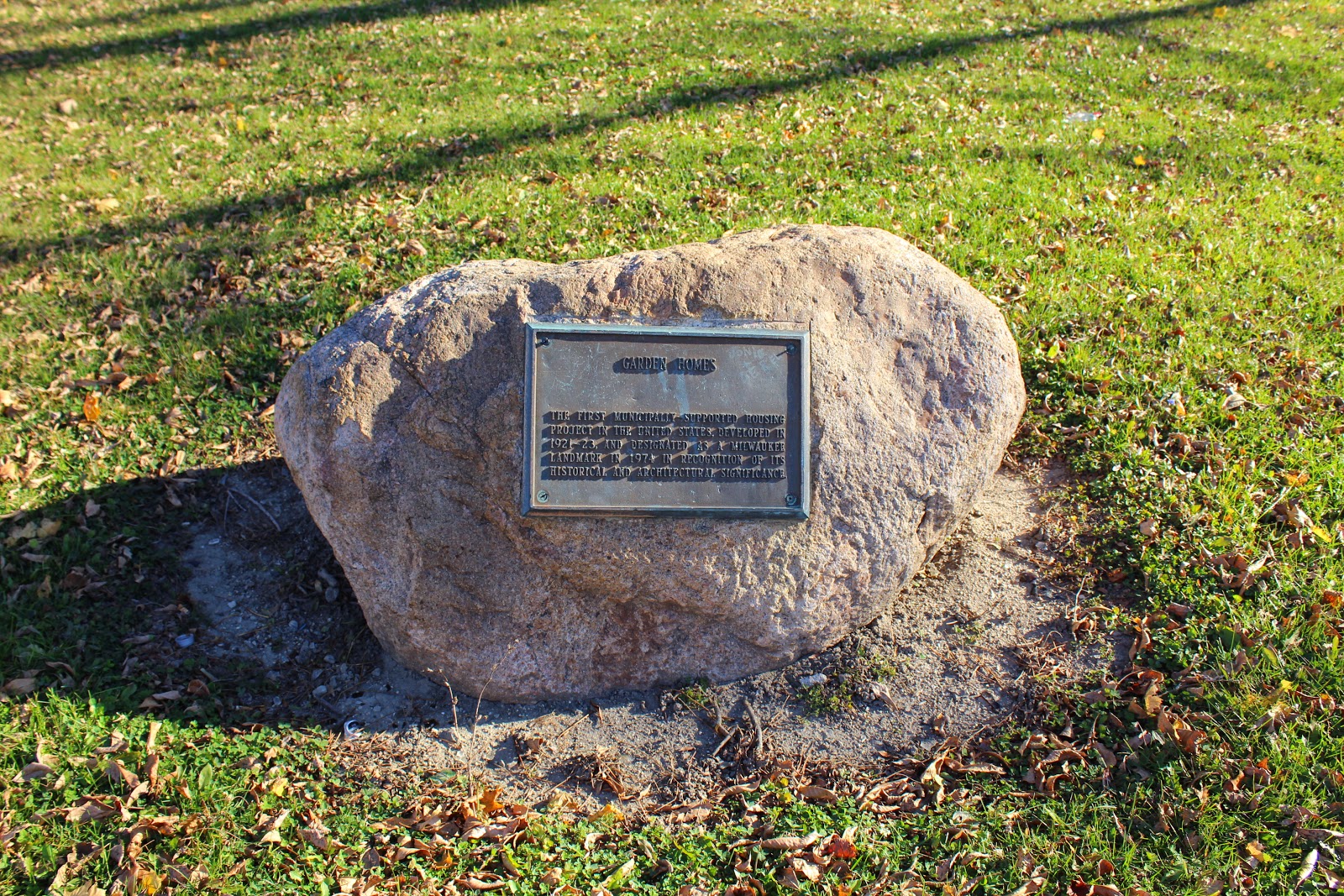 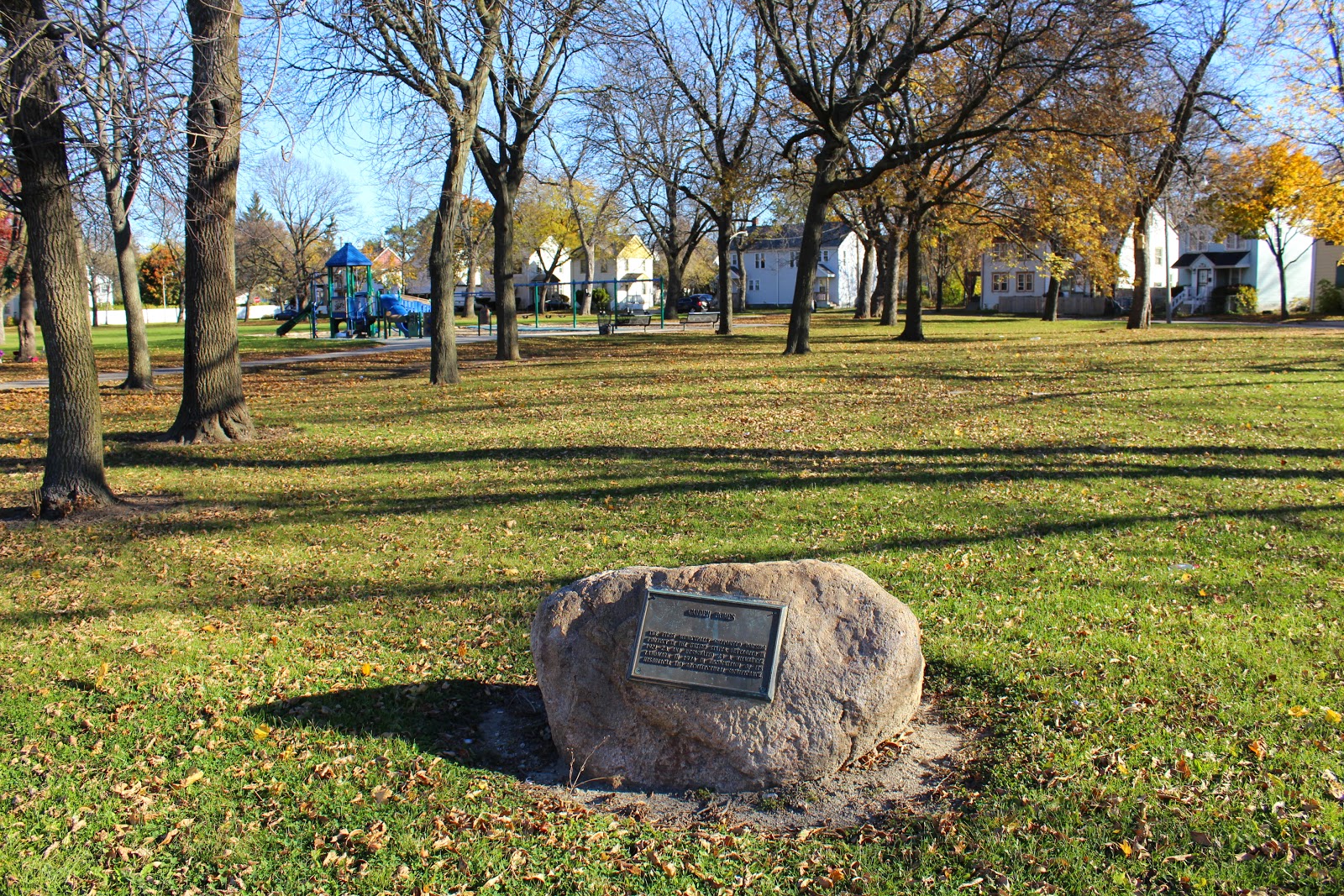 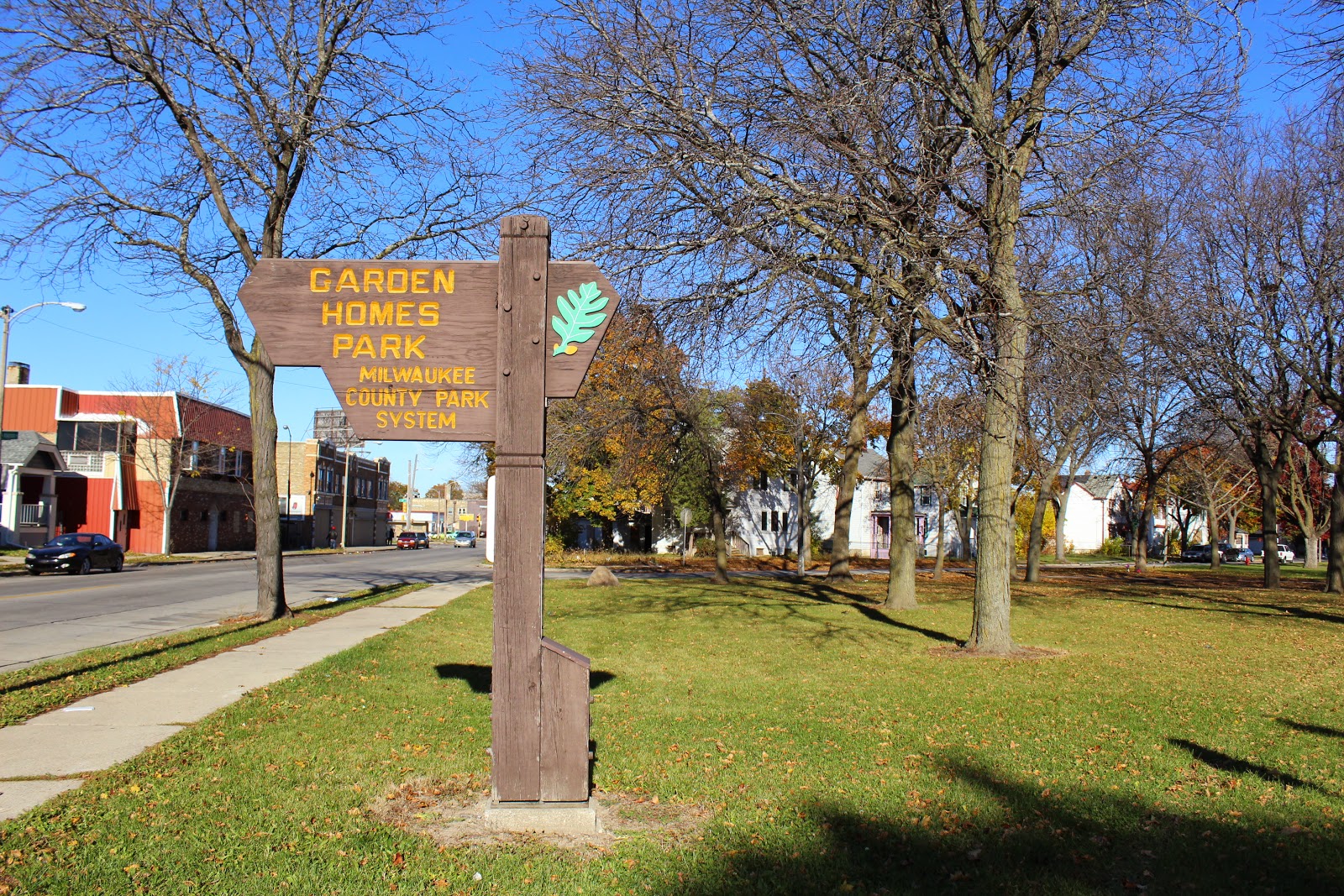 The marker is located at Garden Homes Park,
and is visible in the distance in the center of the photo.