The Spirit of the Immigrant Statue of Christoper Columbus 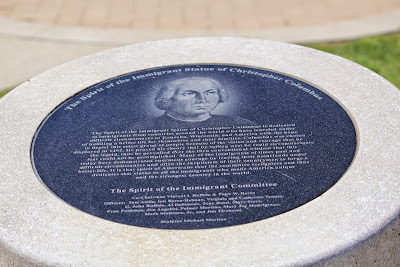 The Spirit of the Immigrant Statue of Christopher Columbus

The Spirit of the Immigrant Statue of Christopher Columbus is dedicated
to immigrants from countries around the world who have traveled under
difficult circumstances to Kenosha, Wisconsin, and America with the hope
of building a better life for themselves and their families. Columbus was chosen
to depict this select group of people because of the vision and courage that he
displayed in 1492. He proved his theory that b y sailing west he could circumnavigate
the world, thus he prevailed over the them conventional wiscom that this
feat could not be accomplished. Many of the immigrants of times past and
today have demonstrated enormous courage by leaving their homelands under
difficult circumstances and often the skepticism of their countrymen to forge a
better life. It is that spirit of Americans that the committee recongizes and thus
dedicates this statue to all the immigrants who made America unique
and the strongest country in the world.

The statue and marker are located at a Plazza Cosenza on Ring Road, between 54th Street and 56th Street, Kenosha, Wisconsin 53140.

I rarely editorialize, but in this case, I must . . .
Christopher Columbus never set foot on one inch of the soil that would become the United States of America. In fact, he never even saw the land! In addition, on the islands in the Caribbean where he did land, he pillaged, participated in genocide, and established the first vestiges of slave trade in the western hemisphere. These facts are now common knowledge, and, yet this statue and its commentary. Pretty unbelievable!

The Telegraph (September 2, 2014): Columbus, greed, slavery and genocide: What really happened to the American Indians

8 Myths and Atrocities About Christopher Columbus and Columbus Day

The Truth About Columbus Day: Why Are We Celebrating?

See also, Welcome to Plazza Cosenza, also at this location. 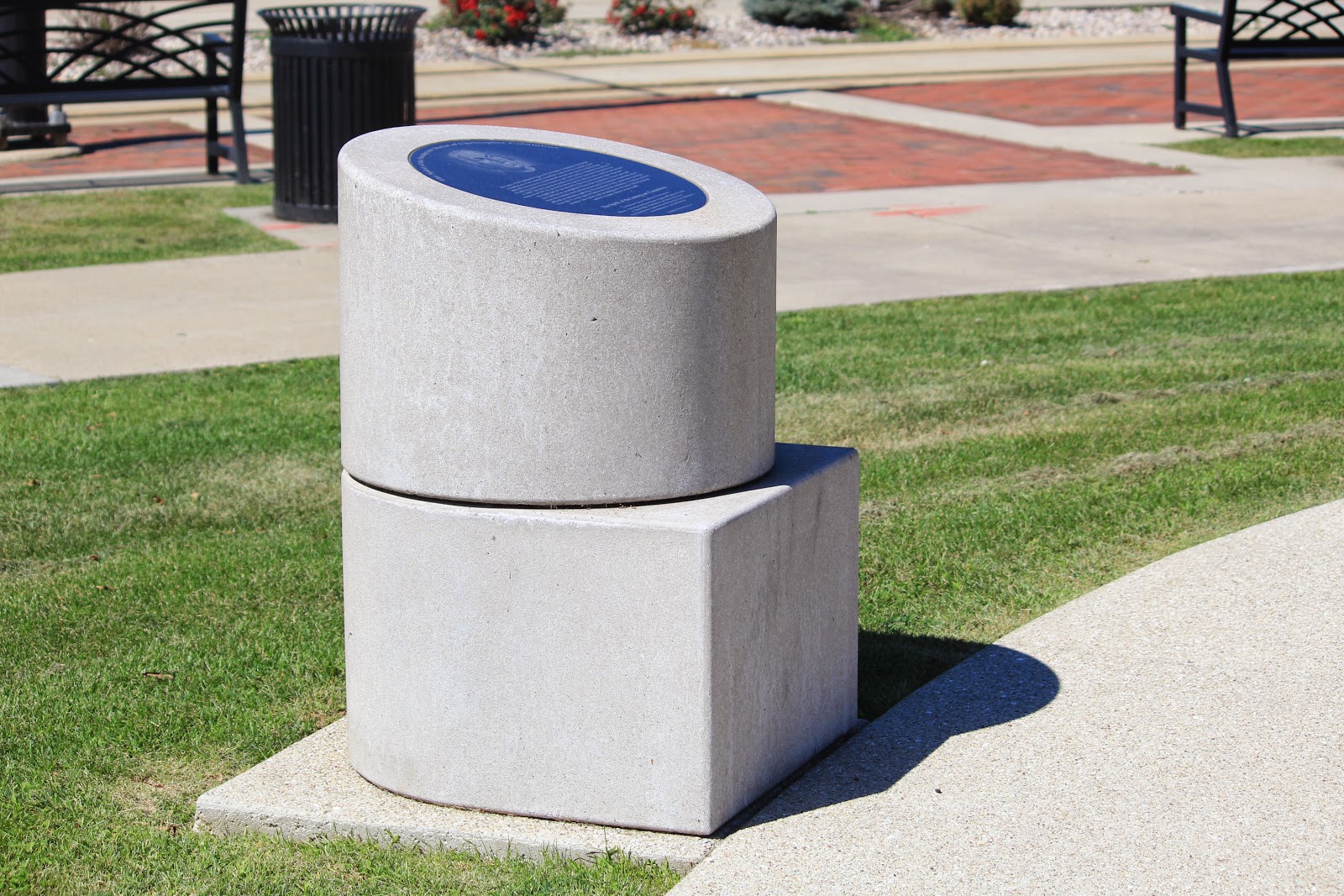 The marker is on the top of this cement platform. 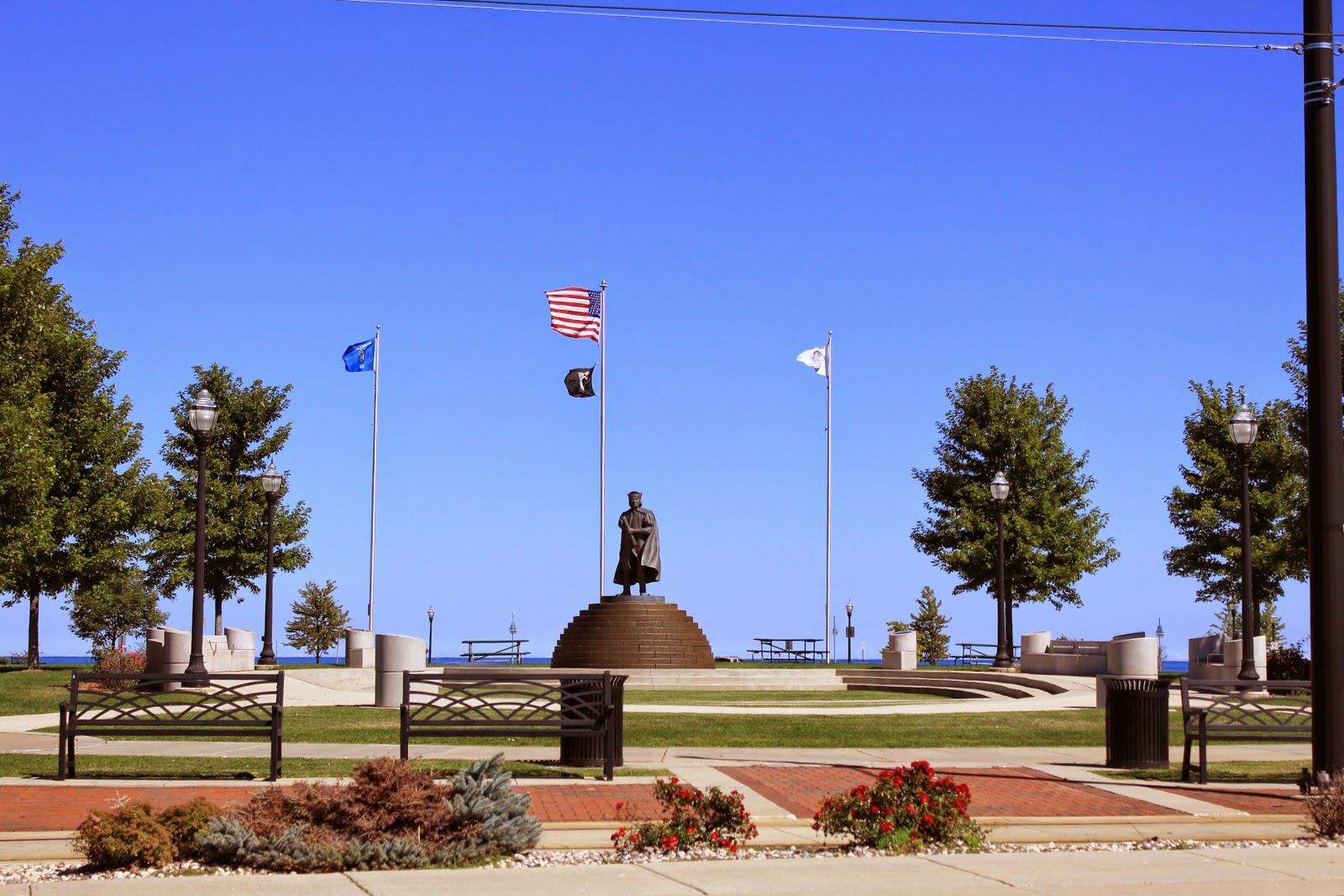 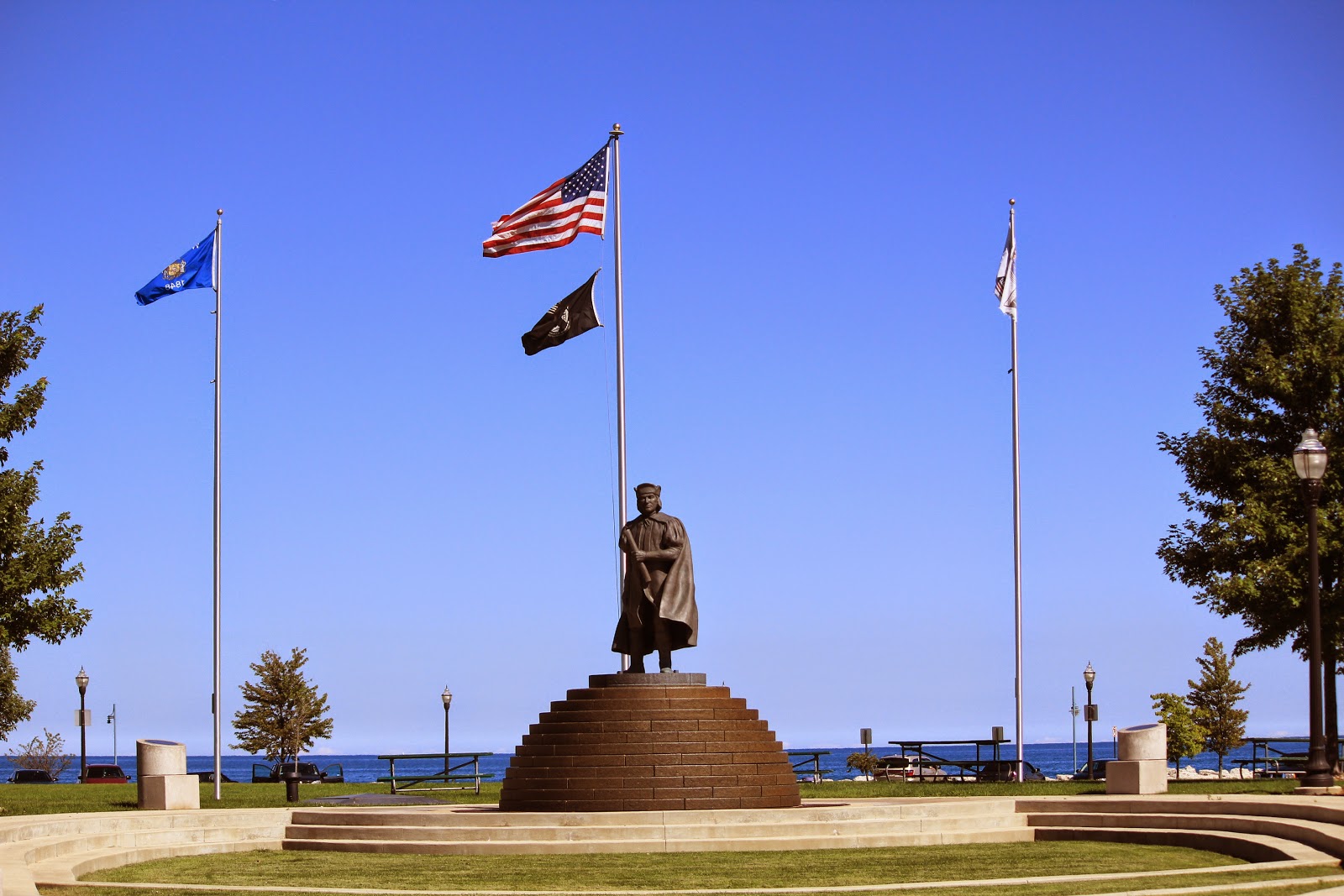 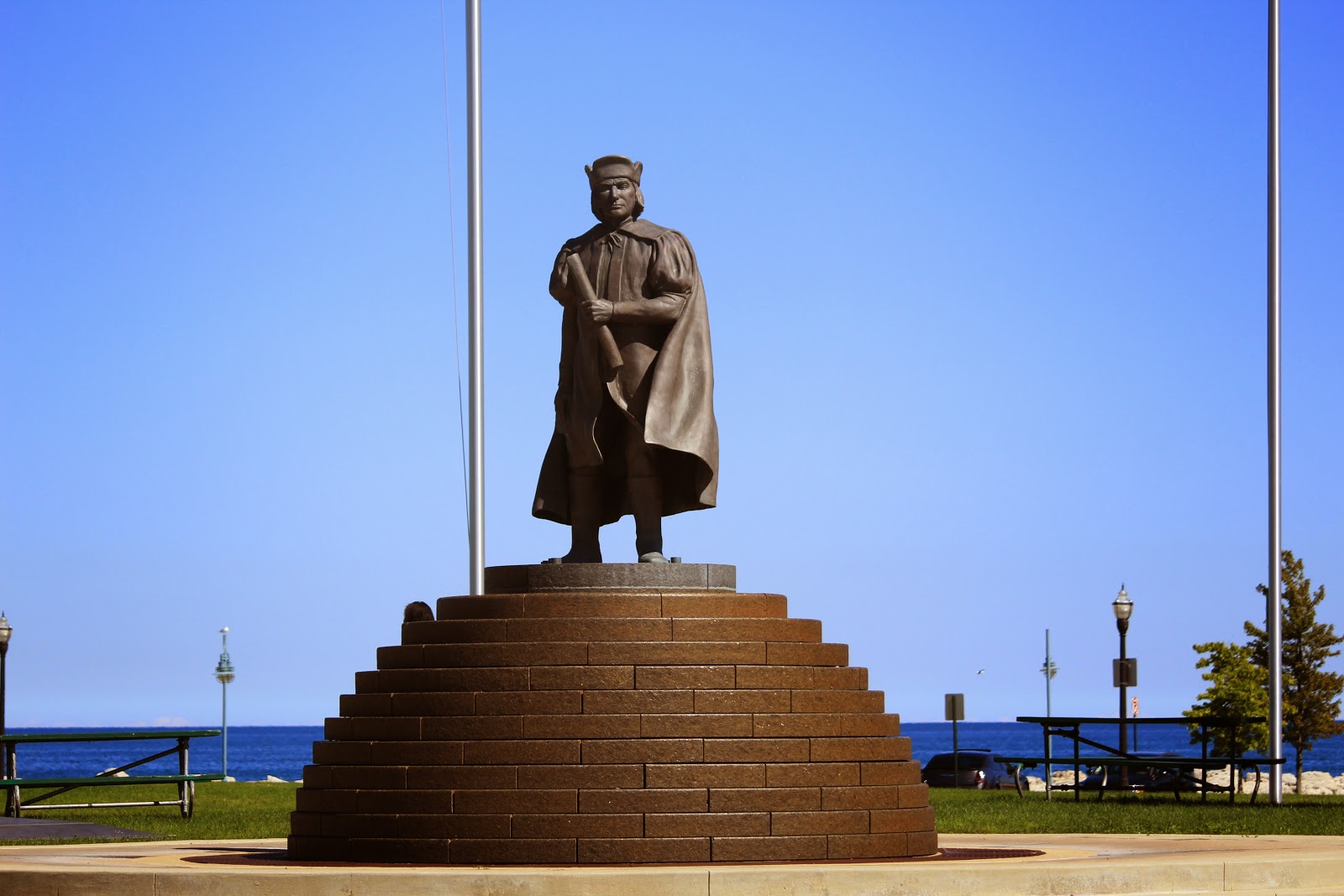 With beautiful, blue Lake Michigan in the background. 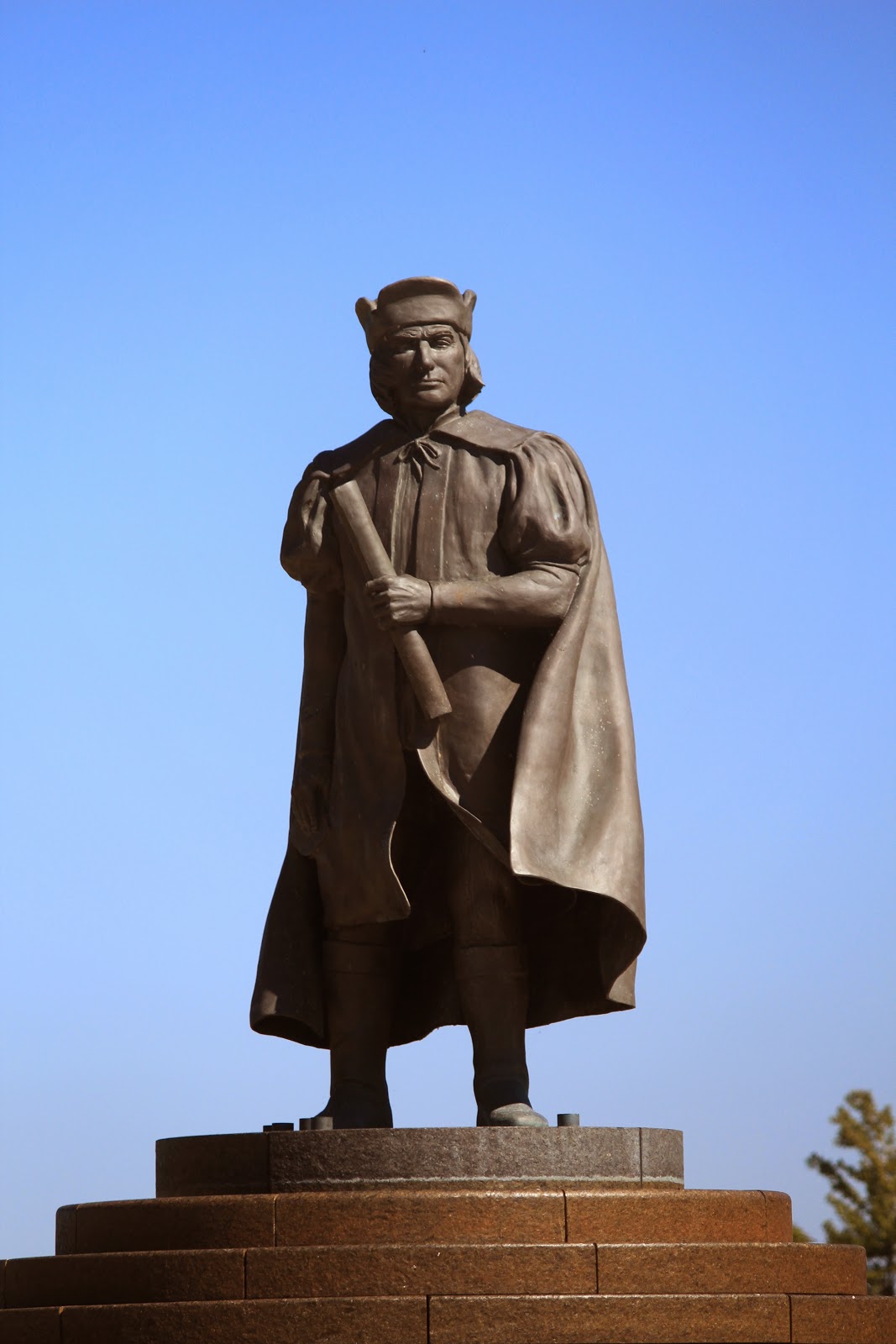 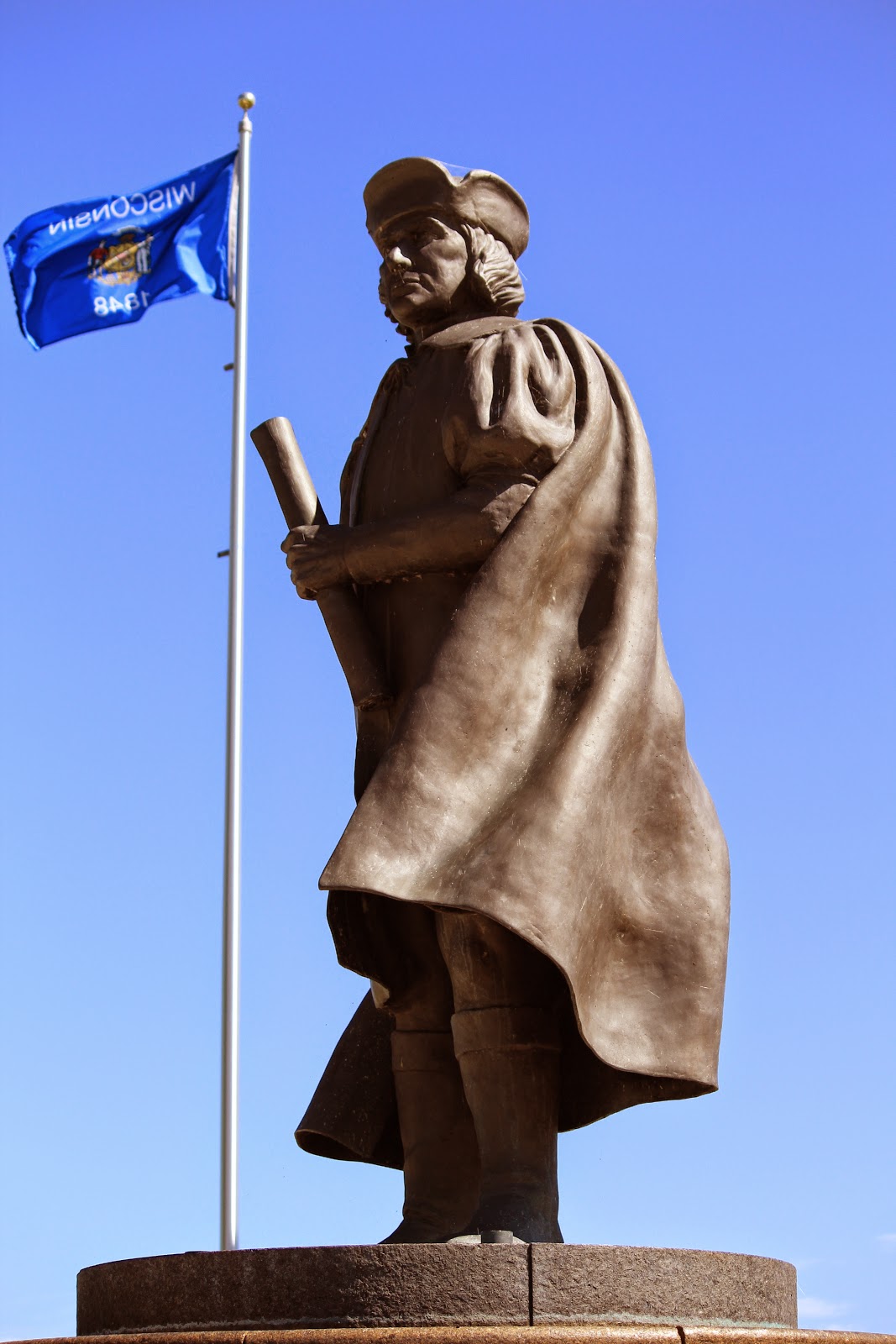 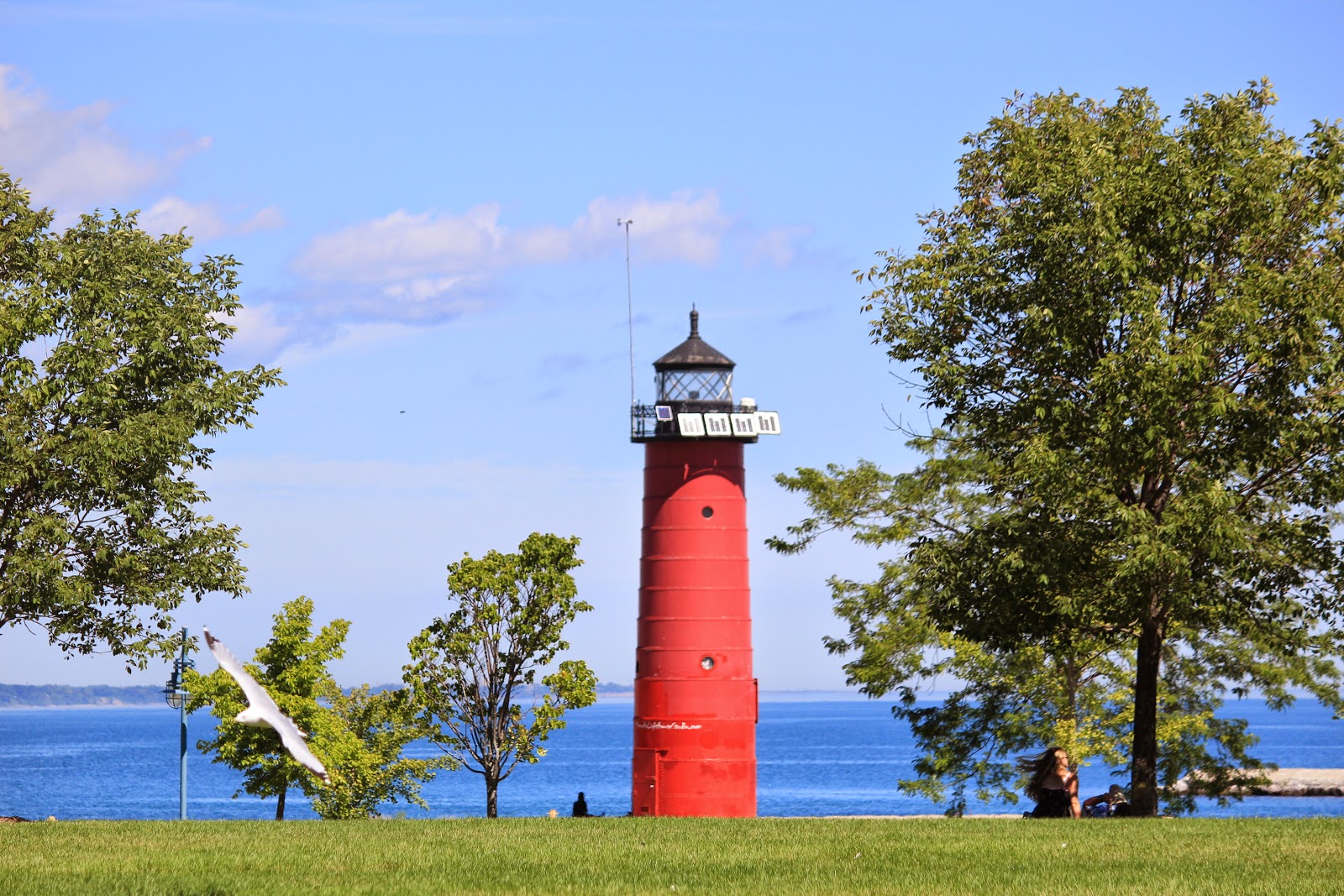 View of nearby Kenosha Pierhead Light from the marker location.