The Norway House & The Birthplace of Alexander Wiley 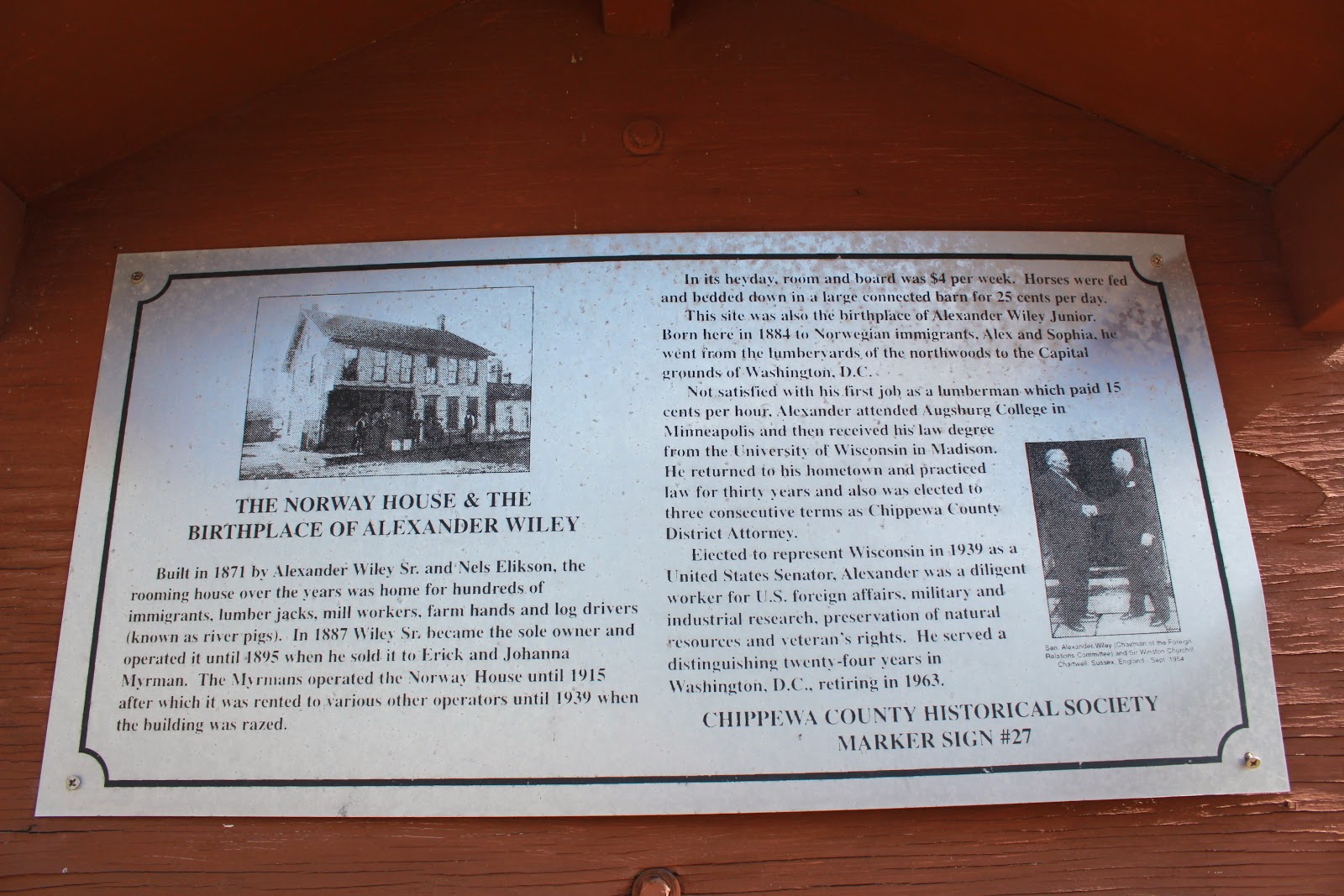 THE NORWAY HOUSE & THE
BIRTHPLACE OF ALEXANDER WILEY

Built in 1871 by Alexander Wiley Sr. and Nels Elikson, the rooming house over the years was home for hundreds of immigrants, lumber jacks, mill workers, farm hands and log drivers (known as river pigs). In 1887 Wiley Sr. became the sole owner and operated it until 1895 when he sold it to Erick and Johanna Myrman. The Myrmans operated the Norway House until 1915 after which it was rented to various other operators until 1939 when the building was razed.

In its heyday, room and board was $4 per week. Horses were fed and bedded down in a large connected barn for 25 cents per day.

This site was also the birthplace of Alexander Wiley Junior. Born here in 1884 to Norwegian immigrants, Alex and Sophia, he went from the lumberyards of the northwoods to the Capital grounds of Washington, D.C.

Not satisfied with his first job as a lumberman which paid 15 cents per hour, Alexander attended Augsburg College in Minneapolis and then received his law degree from the University of Wisconsin in Madison. He returned to his hometown and practiced law for thirty years and also was elected to three consecutive terms as Chippewa County District Attorney.

Elected to represent Wisconsin in 1939 as a United States Senator, Alexander was a diligent worker for U.S. foreign affairs, military and industrial research, preservation of natural resources and veteran's rights. He served a distinguishing twenty-four years in Washington D. C., retiring in 1963.


This marker is No. 27 in a series of historical markers erected by the Chippewa County Historical Society. 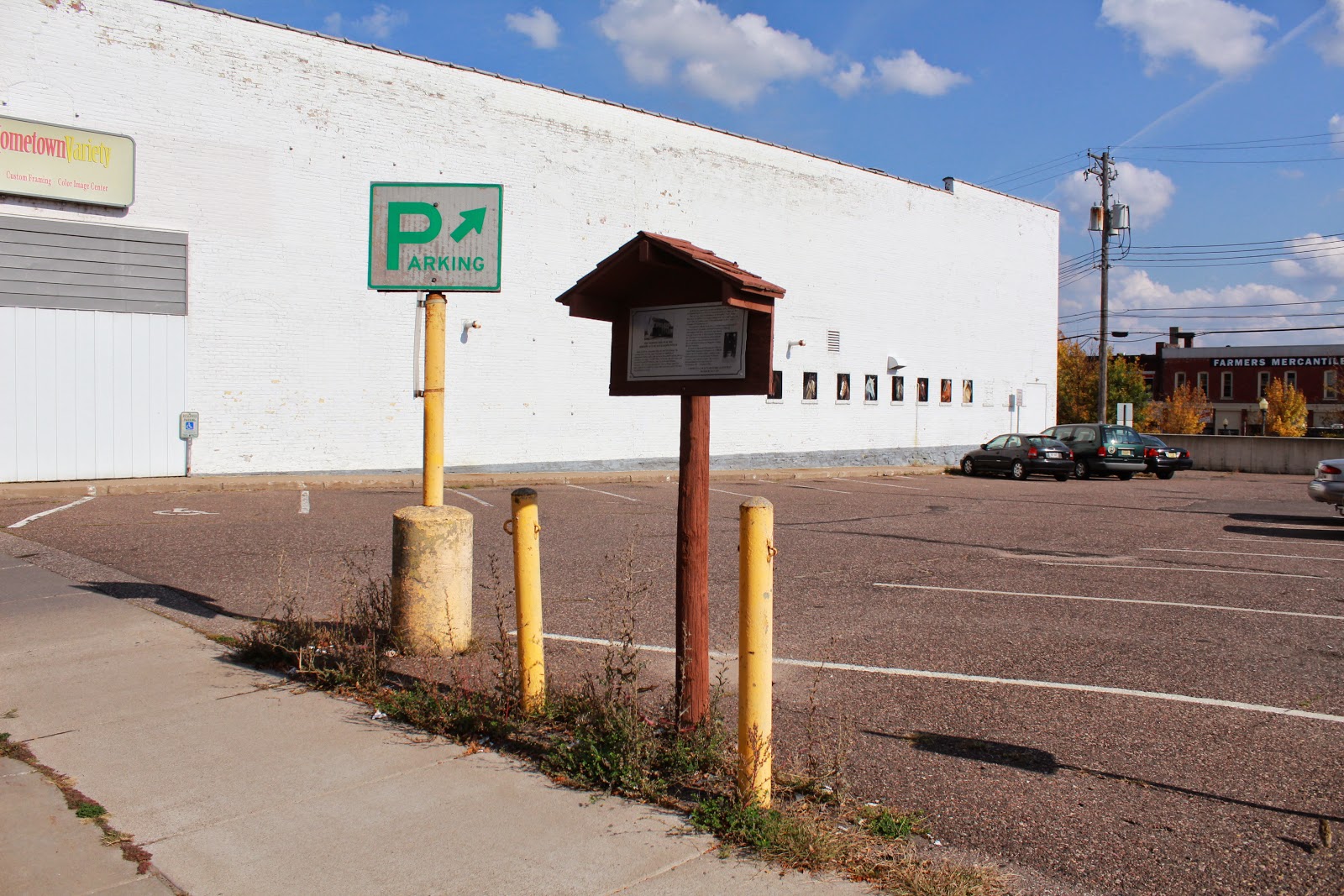 The marker is adjacent to a parking lot.

Alexander Wiley, United States Senator from Wisconsin
This media file is in the public domain in the United States.
Click here for more information. 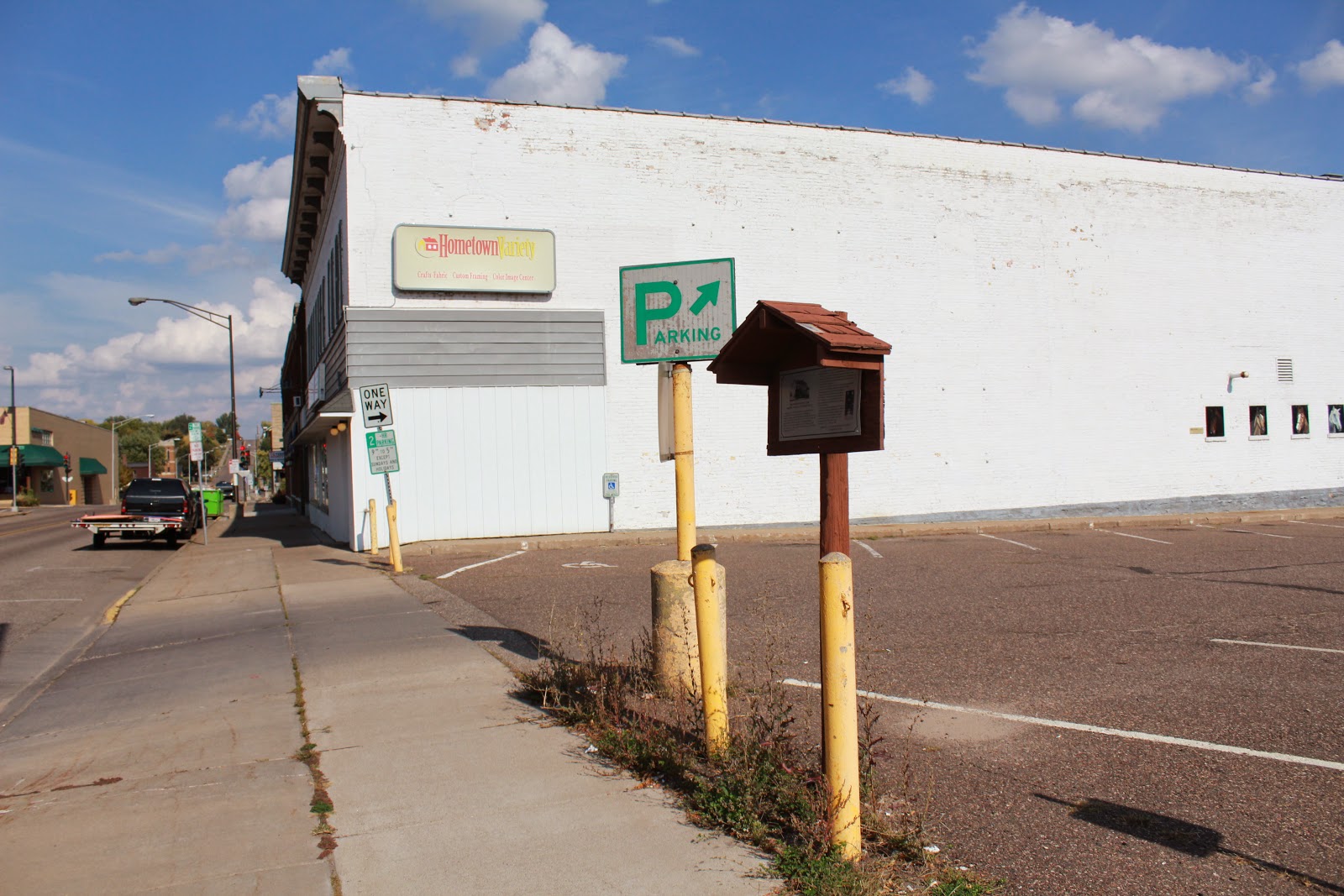 Plenty of parking to access the marker
(looking eastbound on West Grand Avenue).