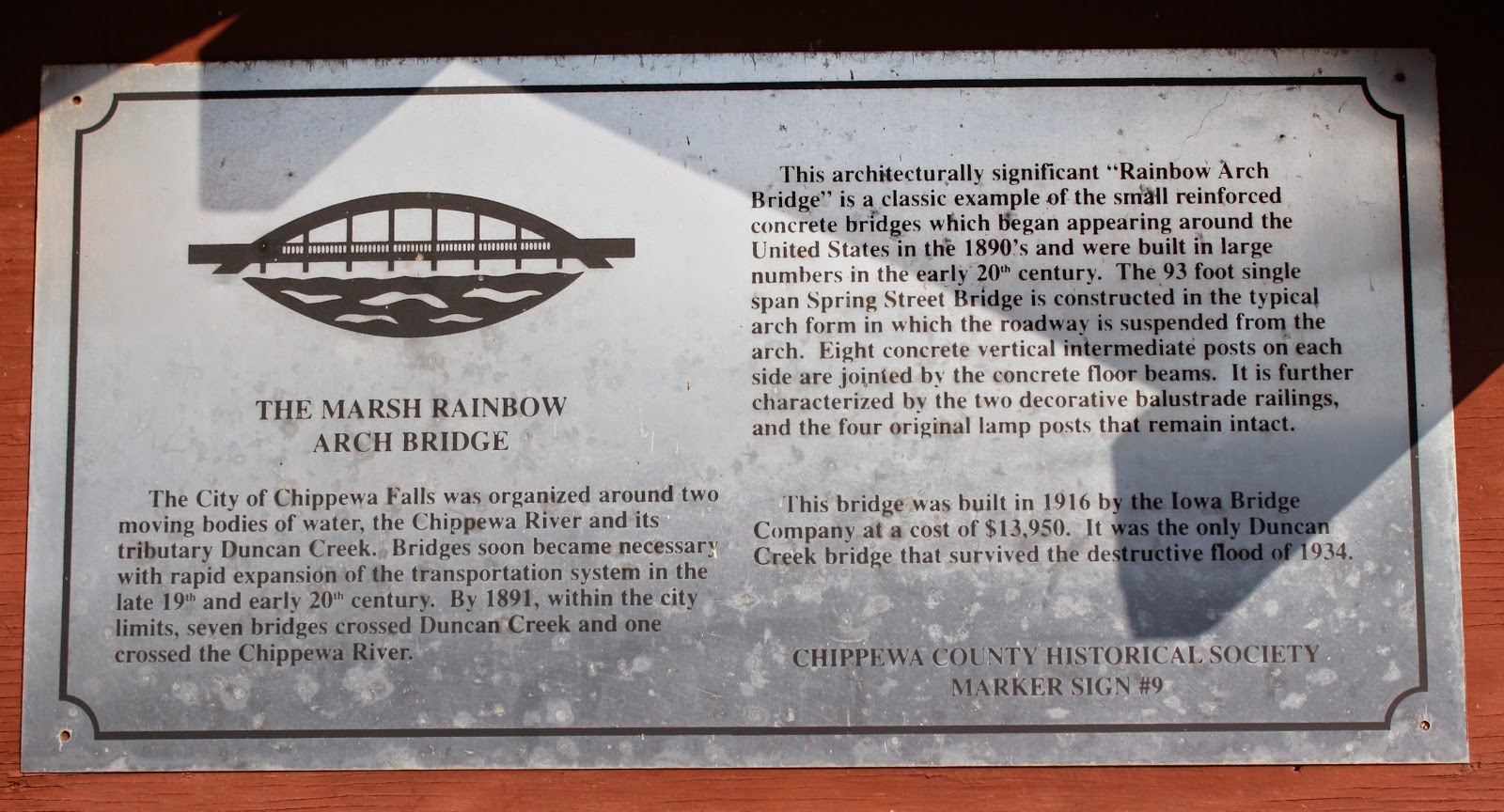 The City of Chippewa Falls was organized around two moving bodies of water, the Chippewa River and its tributary Duncan Creek. Bridges soon became necessary with rapid expansion of the transportation system in the late 19th and early 20th century. By 1891, within the city limits, seven bridges crossed Duncan Creek and one crossed the Chippewa River.

This architecturally significant "Rainbow Arch Bridge" is a classic example of the small reinforced concrete bridges which began appearing around the United States in the 1890's and were built in large numbers in the early 20th century. The 93 foot [sic] single span Spring Street Bridge is constructed in the typical arch form in which the roadway is suspended from the arch. Eight concrete vertical intermediate posts on each side are joined by the concrete floor beams. It is further characterized by the two decorative balustrade railings, and the four original lamp posts that remain intact.

This bridge was built in 1916 by the Iowa Bridge Company at a cost of $13,950. It was the only Duncan Creek bridge that survived the destructive flood of 1934.

The marker and bridge are located on northbound Rushman Drive / Wisconsin Route 124, at its intersection with East Spring Street, Chippewa Falls, Wisconsin 54729.

NOTE: The marker does not mention that the bridge was engineered and designed by Wisconsin-native James Barney Marsh.

James Barney Marsh (1856–June 26, 1936) was an engineer and bridge designer born in North Lake, Wisconsin. He was a graduate of Iowa State College of Agriculture and Mechanical Arts in Ames.

He is known for reinforced concrete arch bridges, which he holds a 1911 patent for, throughout the United States. . . . Several of these bridges remain and are listed in the National Register of Historic Places.

This bridge is listed (since 1982) on the National Register of Historic Places: Wisconsin: Chippewa County.

This marker is No. 9 in a series of historical markers erected by the Chippewa County Historical Society. 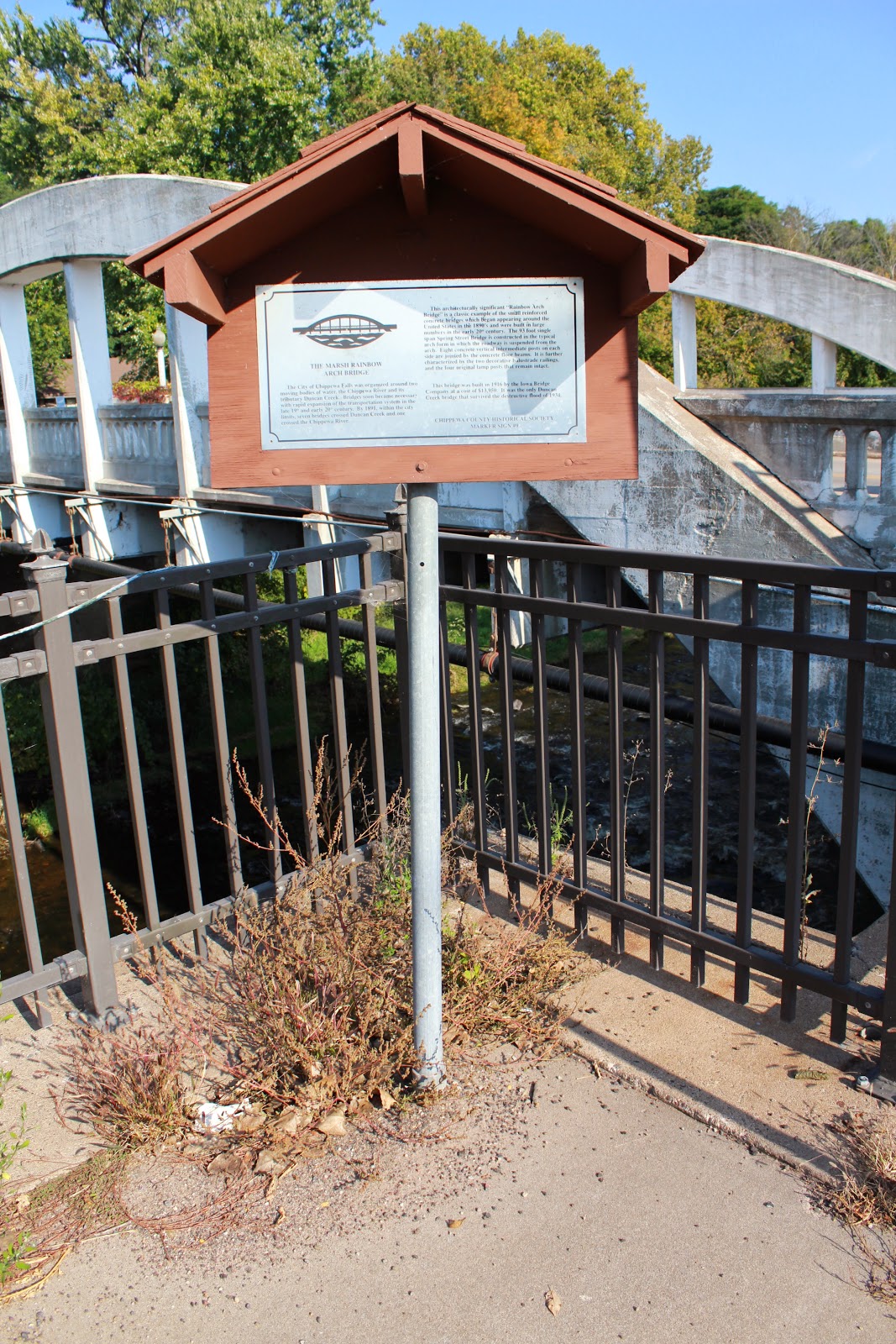 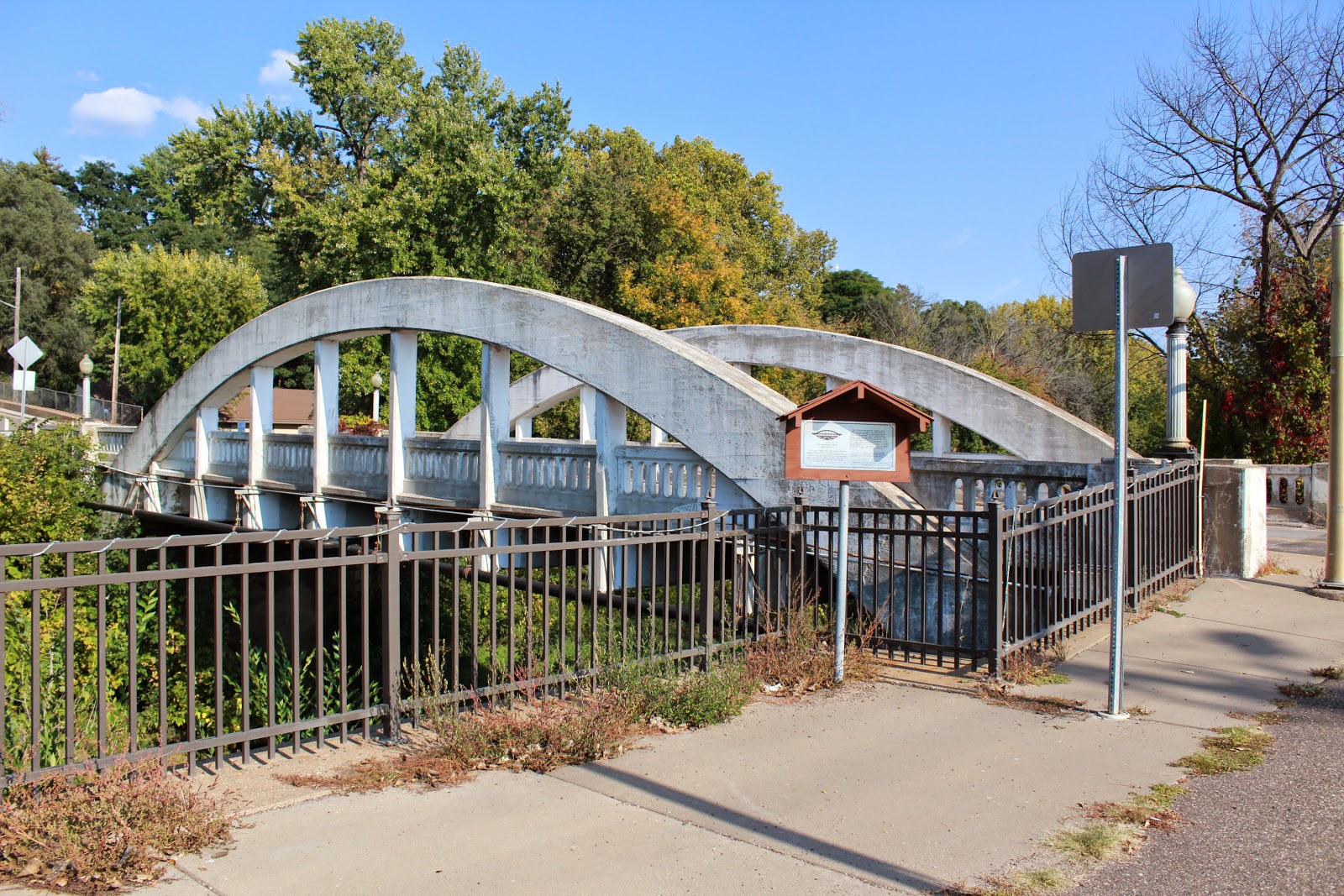 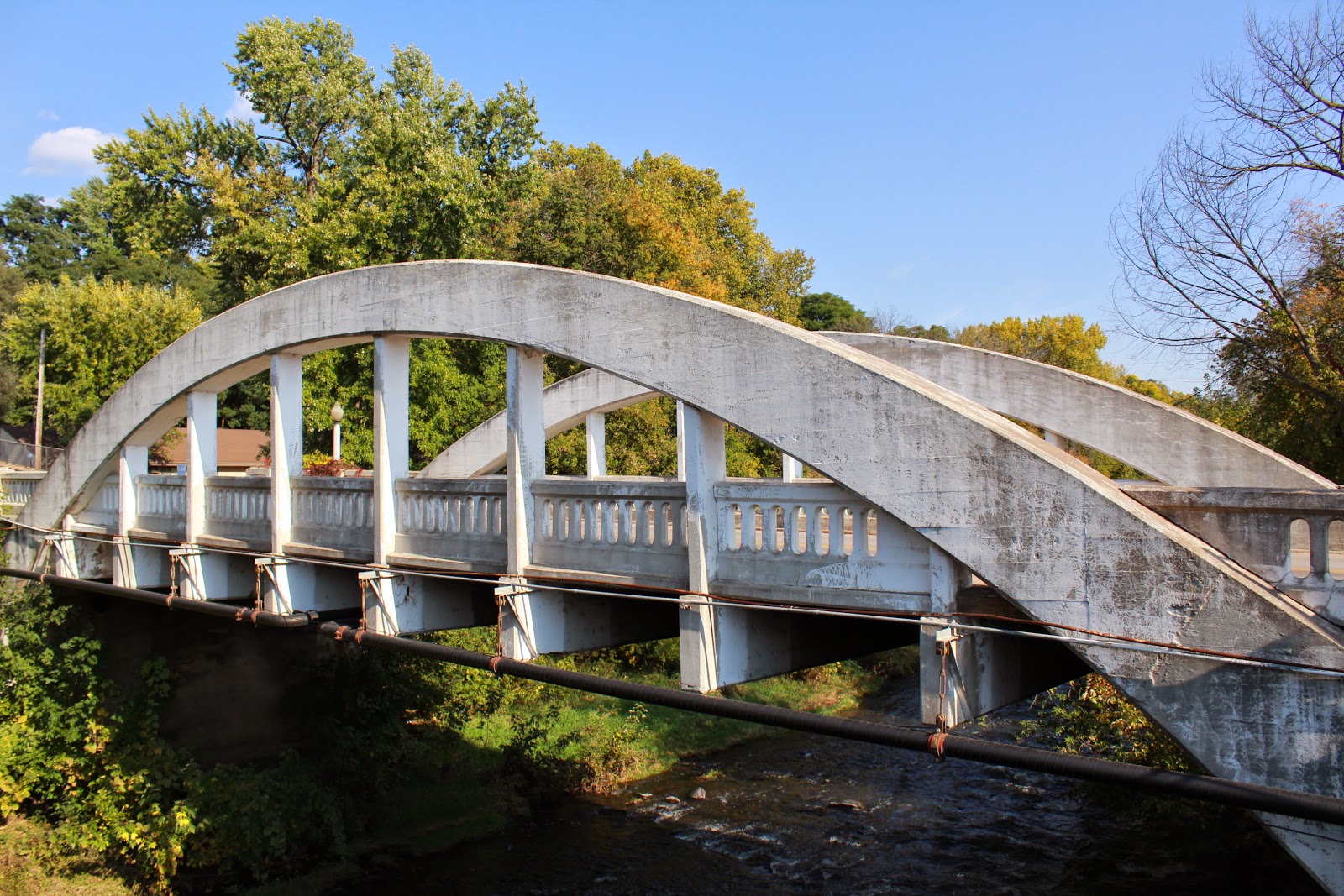 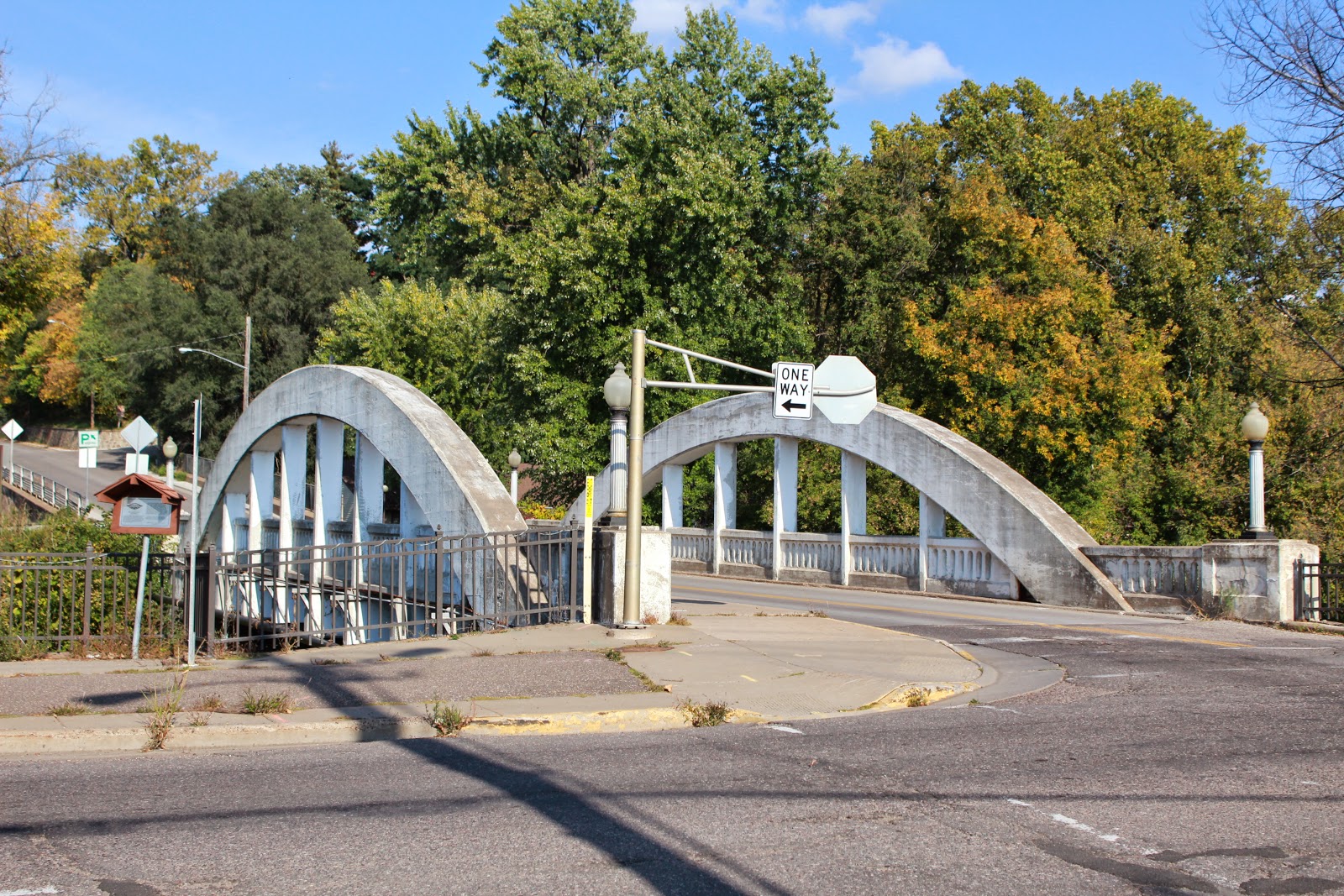 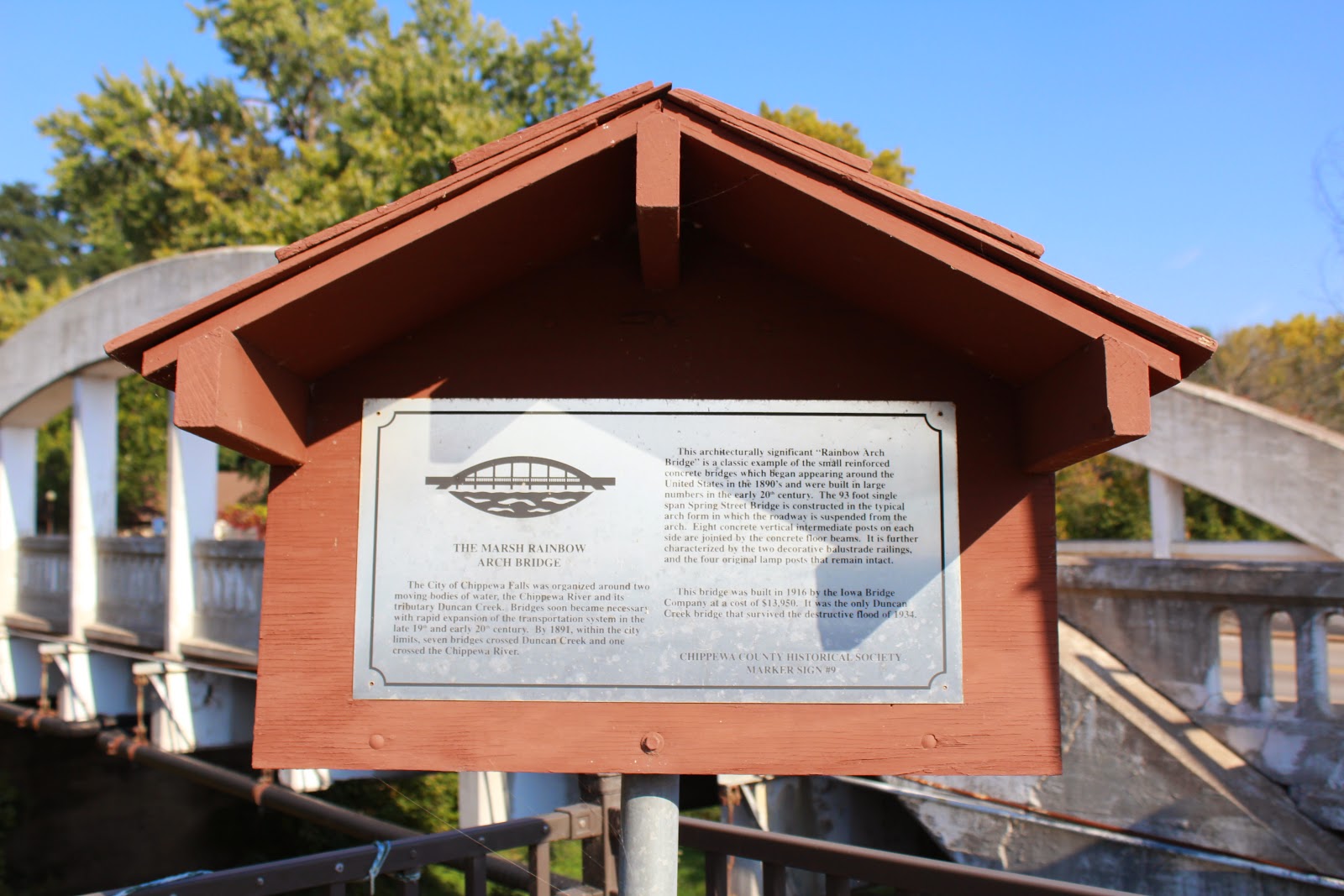