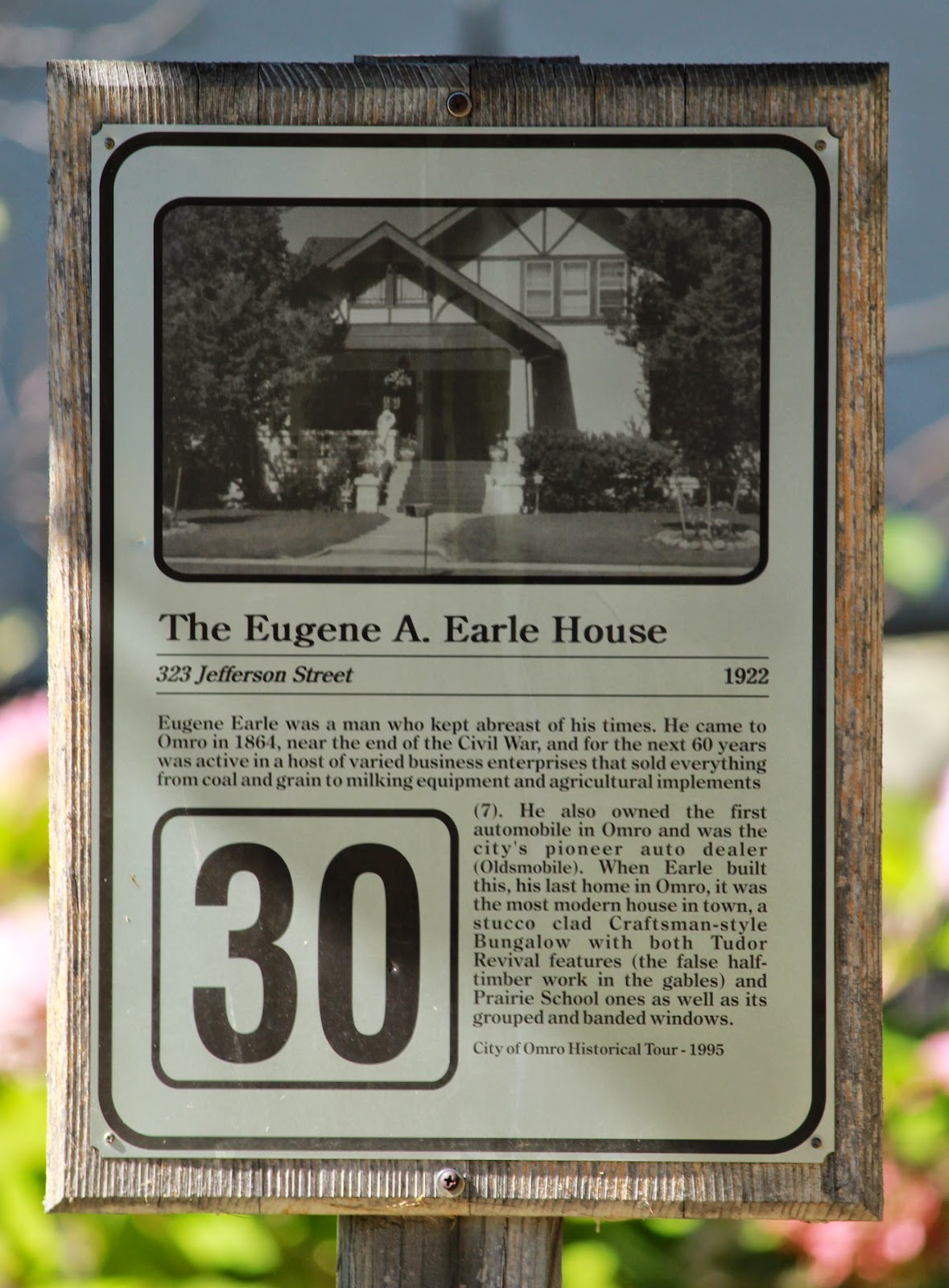 Eugene Earle was a man who kept abreast of his times. He came to Omro in 1864, near the end of the Civil War, ad for the next 60 years was active in a host of varied business enterprises that sold everything from coal and grain to mailing equipment and agricultural implements.

He also owned the first automobile in Omro and was the city's pioneer auto dealer (Oldsmobile). When Earle built this, his last home in Omro, it was the most modern house in town, a stucco clad Craftsman-style Bungalow [sic] with both Tudor Revival features (the false half-timber work in the gables) and Prairie School ones as well as its grouped and banded windows. 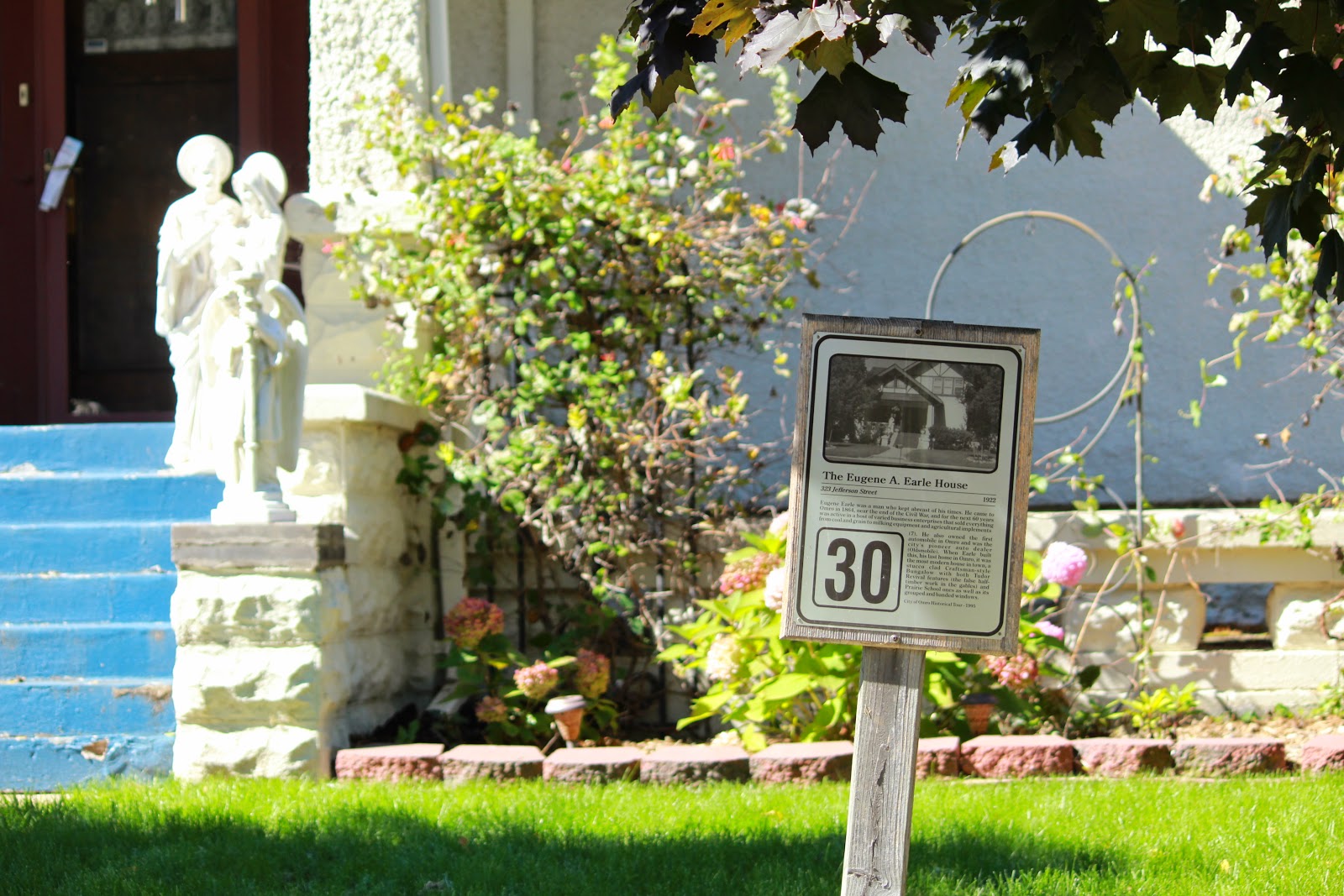 The marker is placed on the front lawn. 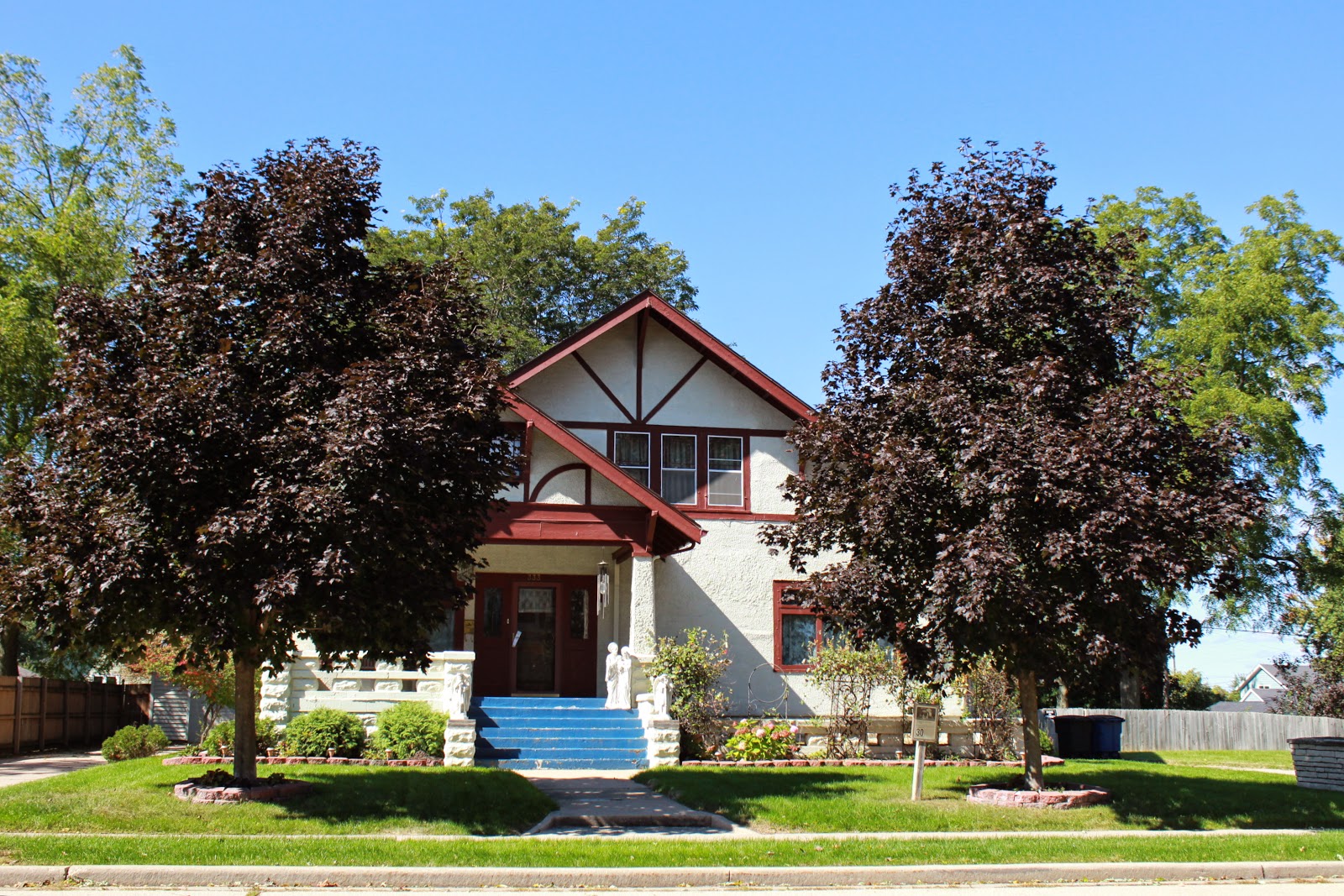 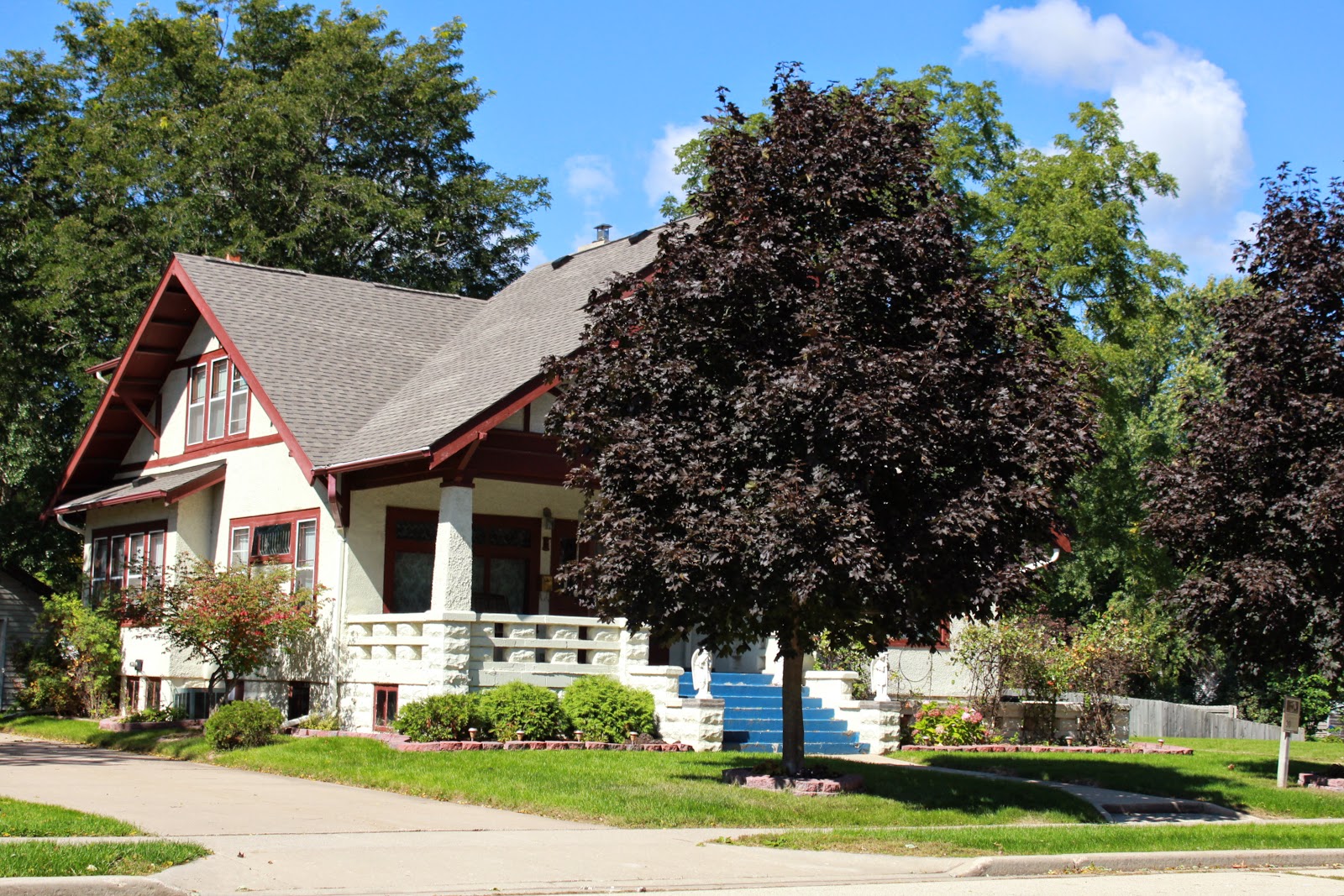 The marker is visible beneath the tree to the far right.