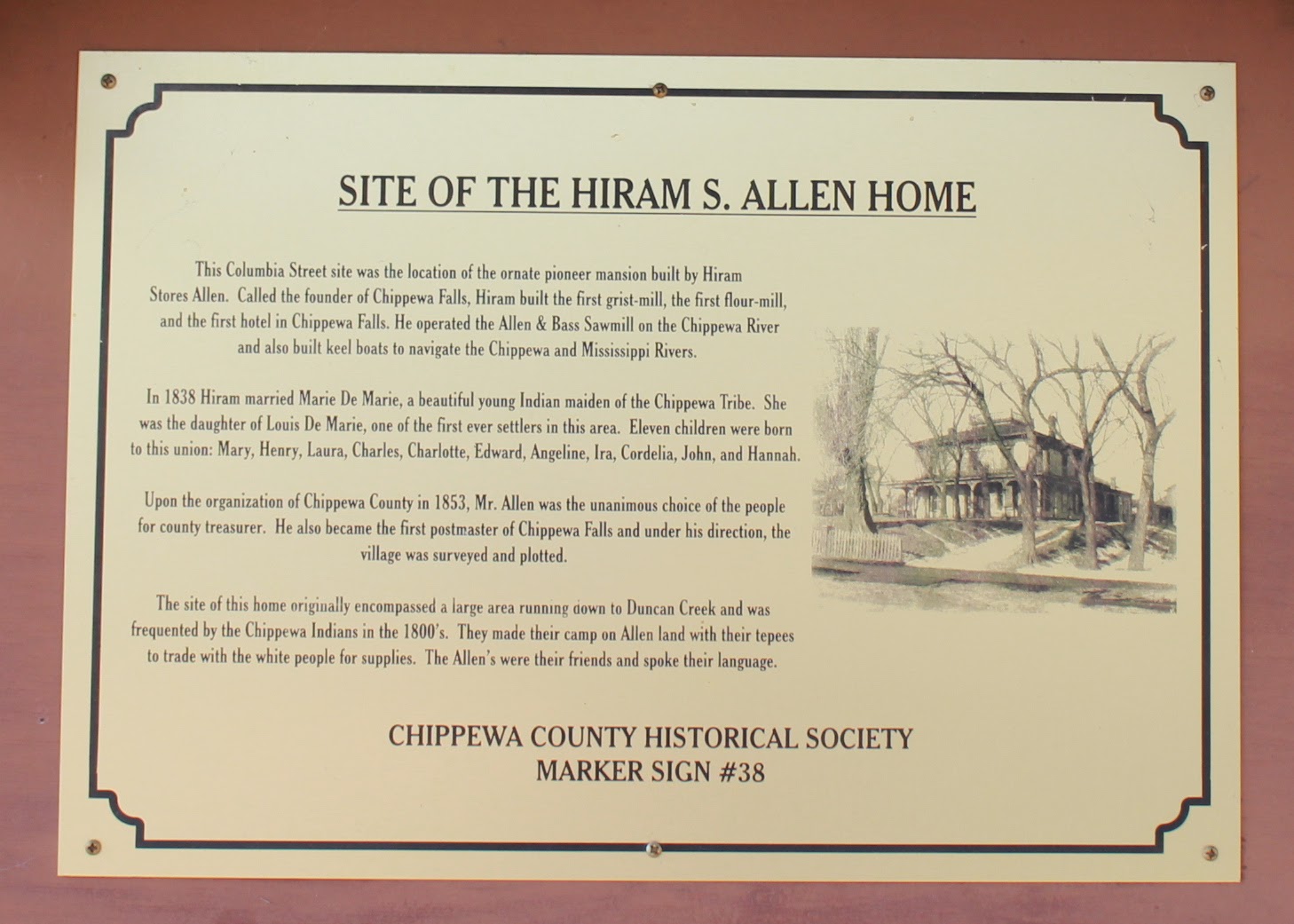 This Columbia Street site was the location of the ornate pioneer mansion built by Hiram Stores Allen. Called the founder of Chippewa Falls, Hiram built the first grist-mill, the first flour-mill, and the first hotel in Chippewa Falls. He operated the Allen & Bass Sawmill on the Chippewa River and also built keel boats to navigate the Chippewa and Mississippi Rivers.

In 1838 Hiram married Marie De Marie, a beautiful young Indian maiden of the Chippewa Tribe. She was the daughter of Louis De Marie, one of the first ever settlers in this area. Eleven children were born to this union: Mary, Henry, Laura, Charles, Charlotte, Edward, Angeline, Ira, Cordelia, John, and Hannah.

Upon the organization of Chippewa County in 1853, Mr. Allen was the unanimous choice of the people for county treasurer. He also became the first postmaster of Chippewa Falls and under his direction, the village was surveyed and plotted.

The site of this home originally encompassed a large area running down to Duncan Creek and was frequented by the Chippewa Indians in the 1800's. They made their camp on Allen land with their tepees to trade with the white people for supplies. The Allen's [sic] were their friends and spoke their language.

History of the Chippewa Valley . . . also a brief Biographical Sketch of the Most Prominent Persons in the Settlement of the Valley, by Thomas E. Randall (1875)
(See page 185 for information about Hiram S. Allen)

This marker is No. 38 in a series of historical markers erected by the Chippewa County Historical Society. 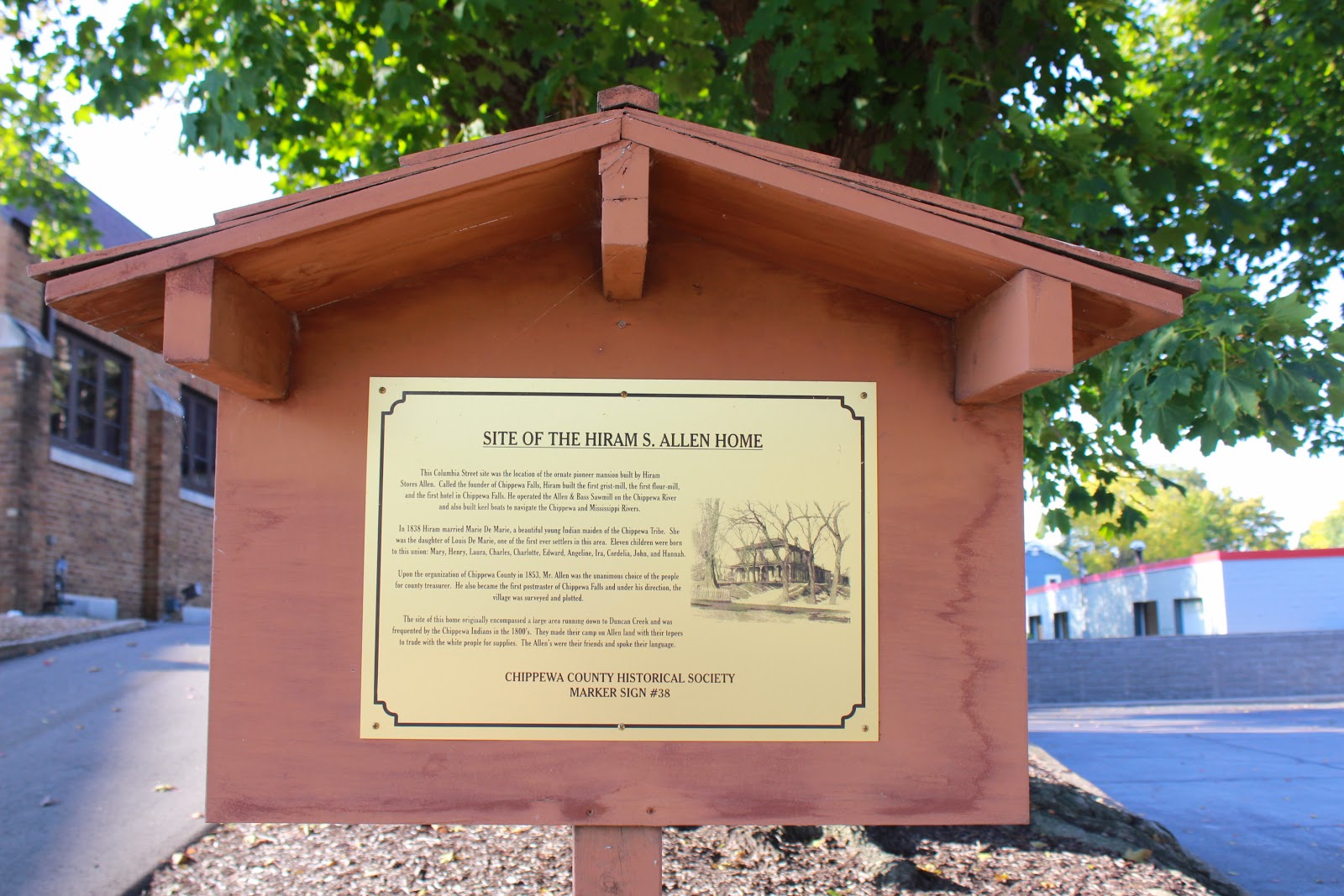 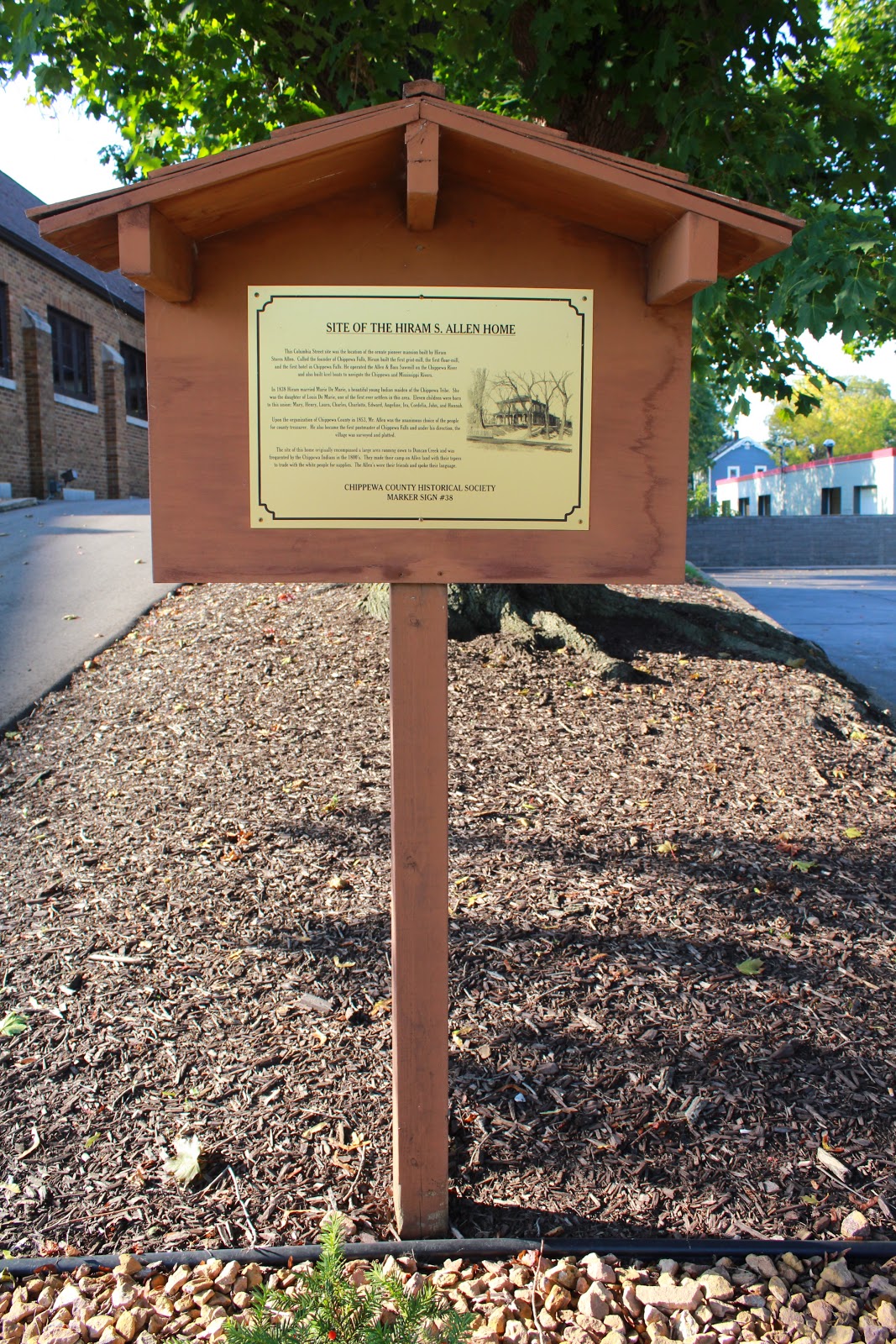 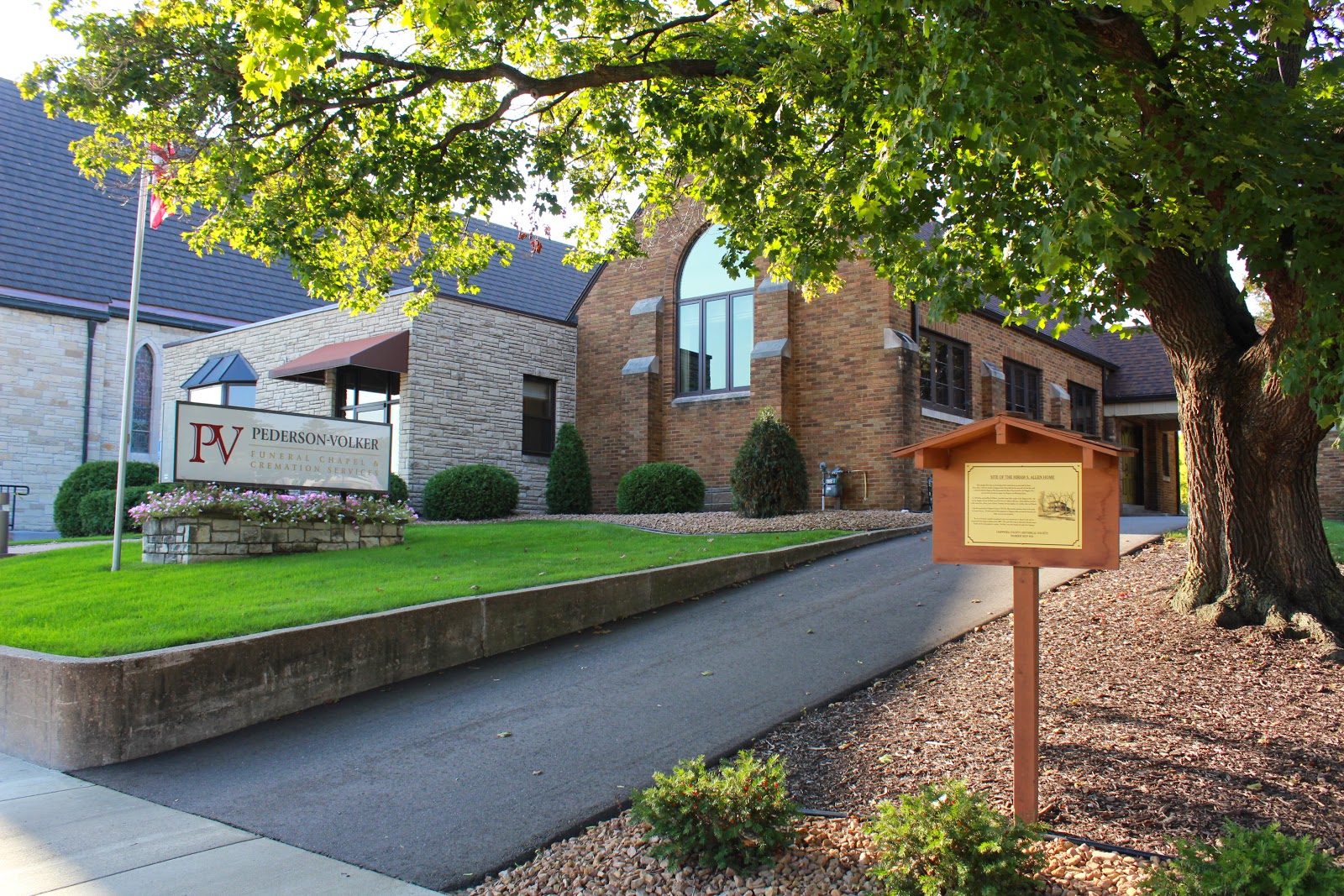 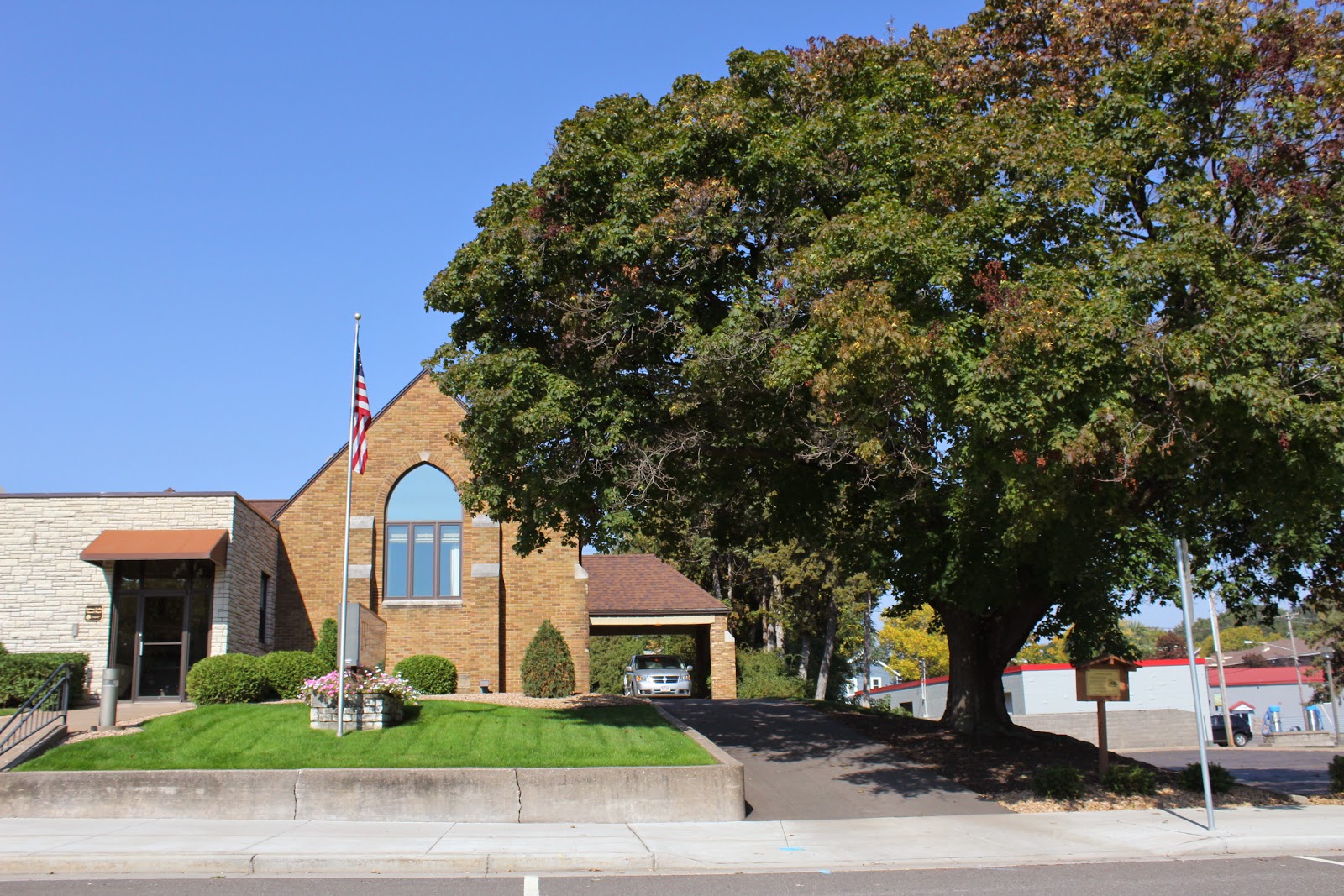 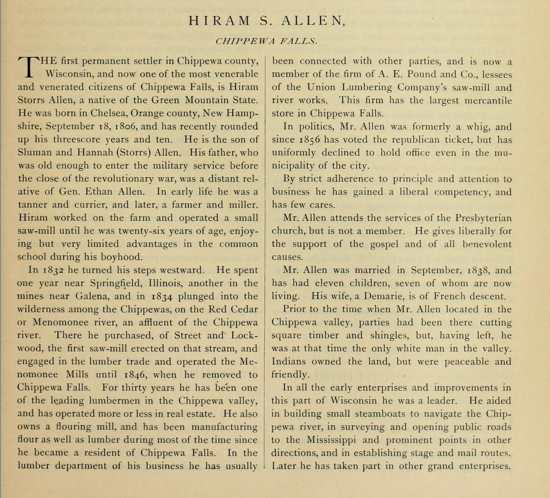 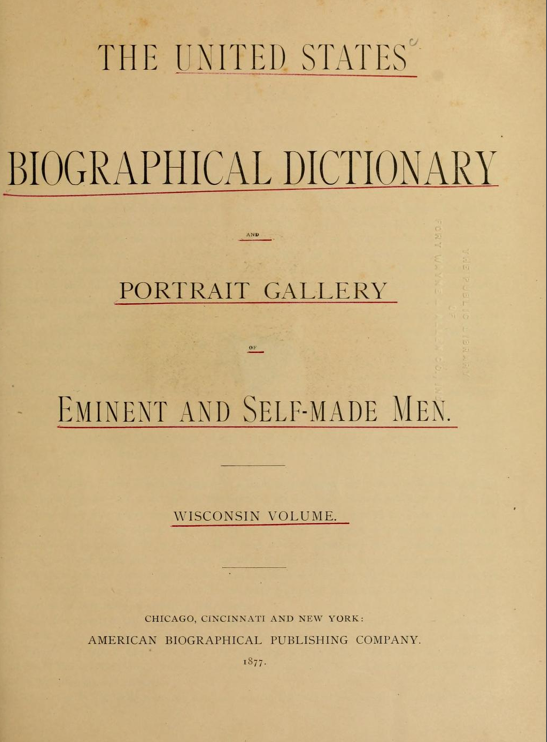 The above screenshots are from The United States biographical dictionary and portrait gallery of eminent and self-made men; Wisconsin volume (1877), available online at: