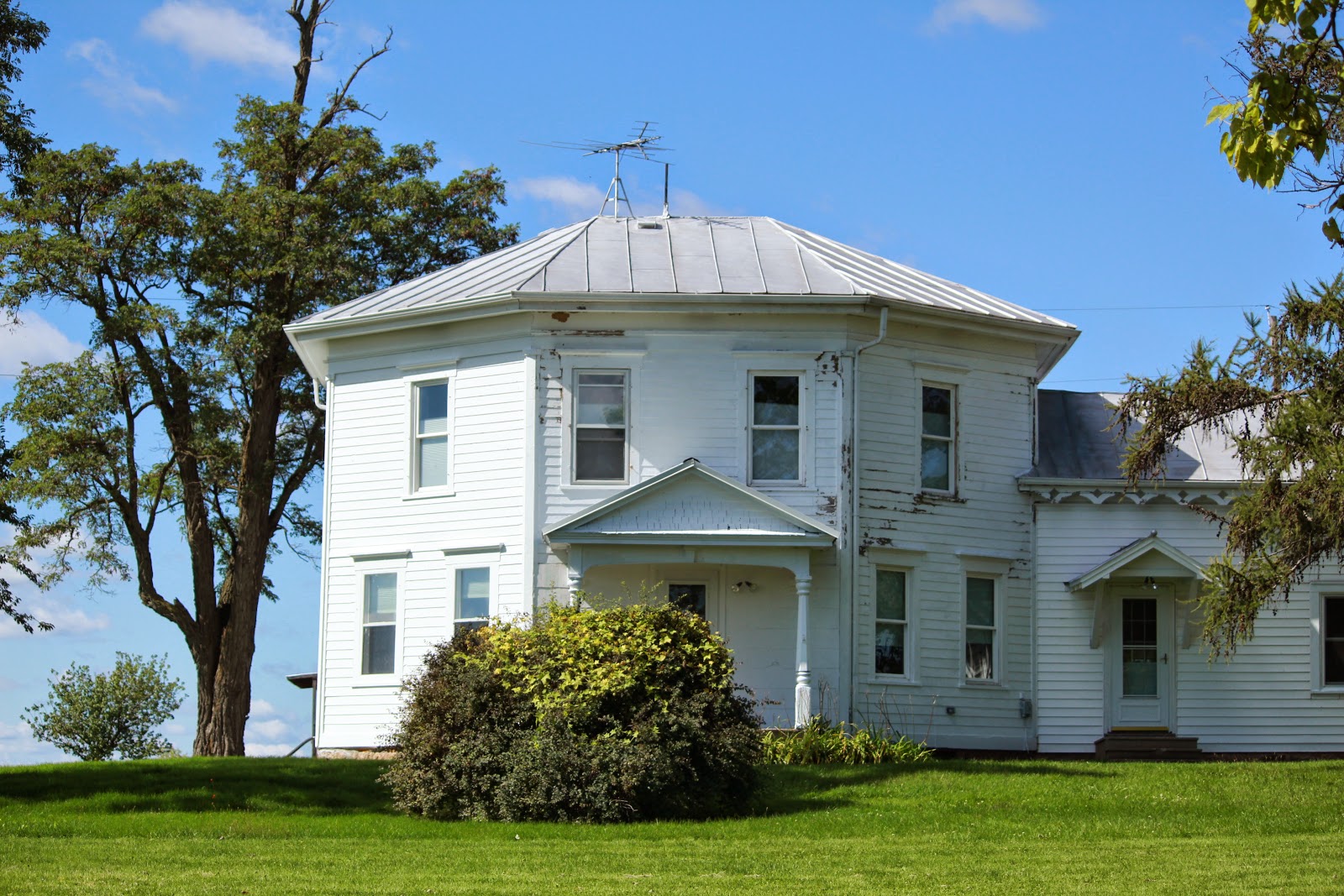 Octagonal-plan buildings were first championed by Orson Squire Fowler, who publicized them in his book, "A Home for All", in 1848. Perhaps because a still-standing octagonal building Fowler saw in Milton, Wisconsin, greatly influenced him, Wisconsin subsequently became one of America's most important centers for Octagon-style building construction. The Challoner house, with its polygonal rooms and masonry walls, is a typical example of this very rare style.

Samson Challoner was an early settler of Omro Township who began this house shortly before the Civil War, and finished it after the conflict. It has been owned by the Challoner family ever since.

NOTE: This is no marker at this location. The foregoing content was gleaned from "Strolling Through Omro's Past" Walking Tour brochure, and used with permission of Future Omro Chamber / Main Street Program.

The Samson Challoner Octagon House is located on southbound 2nd Street Road, at its intersection with westbound Michigan Street, in the 4000 block of 2nd Street Road, Omro, Wisconsin 54963.

NOTE: The tour brochure indicates the address as 3880 E. 2nd Street. It appears from the location of the house on Google Map that this address is erroneous. 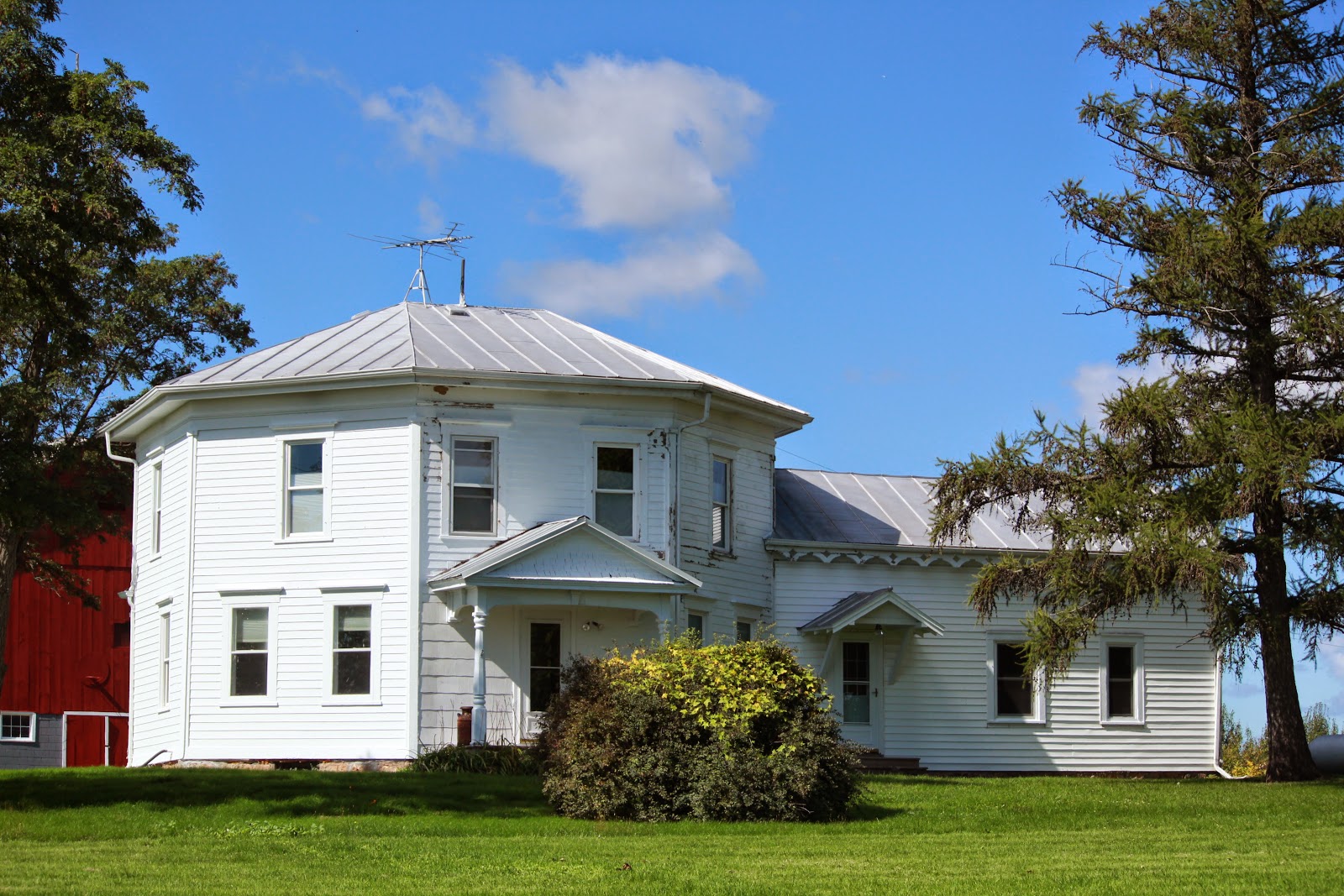 View of the house from 2nd Street Road.