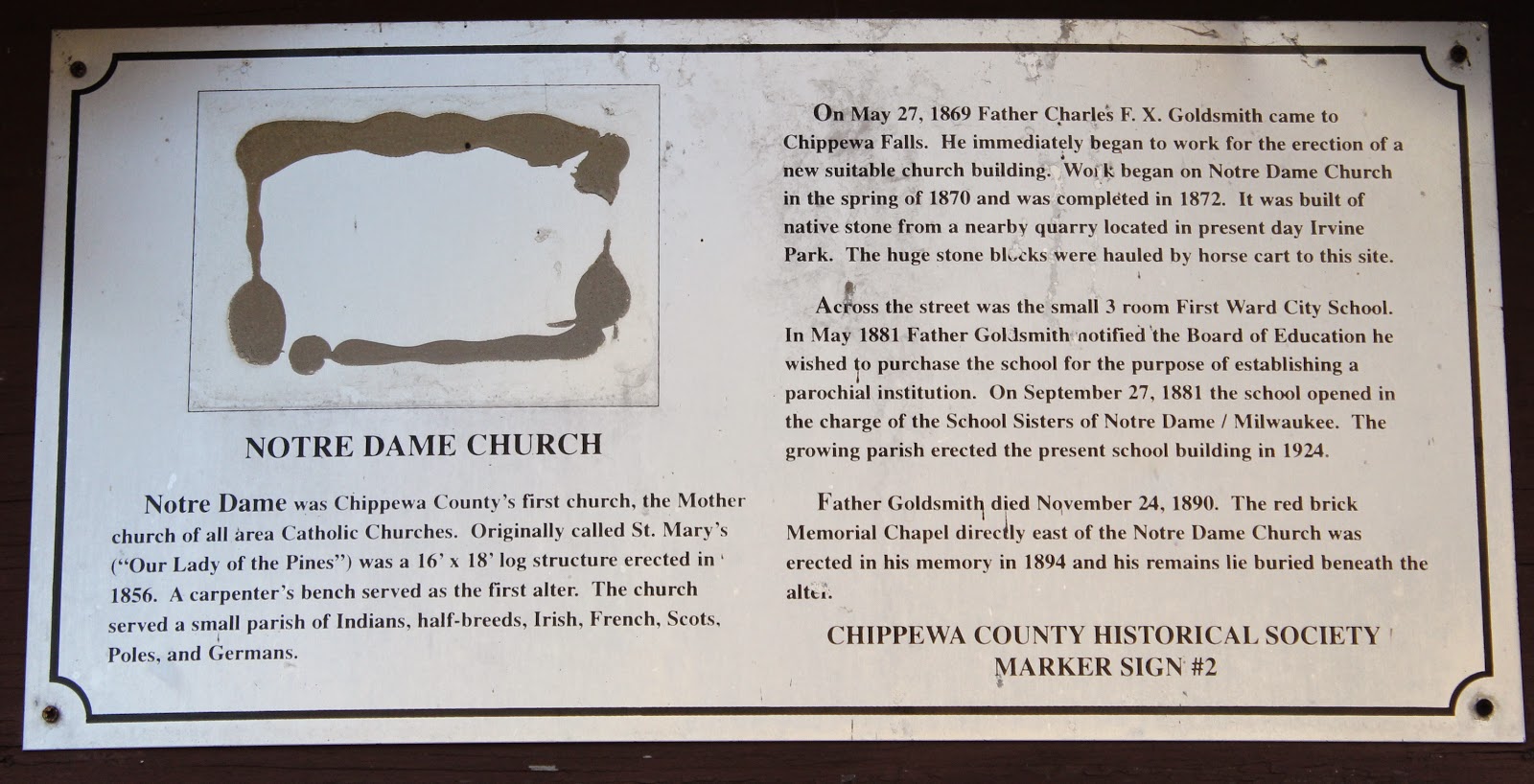 Notre Dame was Chippewa County’s first church, the Mother church of all area Catholic Churches. Originally called St. Mary’s (“Our Lady of the Pines”) was a 16' x 18' foot log structure erected in 1856. A carpenter’s bench served as the first altar. The church served a small parish of Indians, half-breeds, Irish, French, Scots, Poles, and Germans.

On May 27, 1869 Father Charles F.X. Goldsmith came to Chippewa Falls. He immediately began to work for the erection of a new suitable church building. Work began on Notre Dame Church in the spring of 1870 and was completed in 1872. It was built of native stone from a nearby quarry located in present day Irvine Park. The huge stone blocks were hauled by horse cart to this site.

Across the street was the small 3 room First Ward City School. In May 1881 Father Goldsmith notified the Board of Education he wished to purchase the school for the purpose of establishing a parochial institution. On September 27, 1881 the school opened in the charge of the School Sisters of Notre Dame / Milwaukee. The growing parish erected the present school building in 1924.

Father Goldsmith died November 24, 1890. The red brick Memorial Chapel directly east of the Notre Dame Church was erected in his memory in 1894 and his remains lie buried beneath the altar.

The marker is located adjacent to a small parking lot at the intersection of southbound High Street and eastbound Allen Street (this is actually a sort of cul de sac), at 117 Allen Street, Chippewa Falls, Wisconsin 54729.

Church of Notre Dame: Mother Church of the Chippewa Valley

The property is located on the National Register of Historic Places: Wisconsin.

NOTE: This can be a very busy location before / after mass. Better to park a block east on South Prairie Street and walk back to the marker location, or check the mass schedule here to avoid the traffic.

This marker is No. 2 in a series of historical markers erected by the Chippewa County Historical Society. 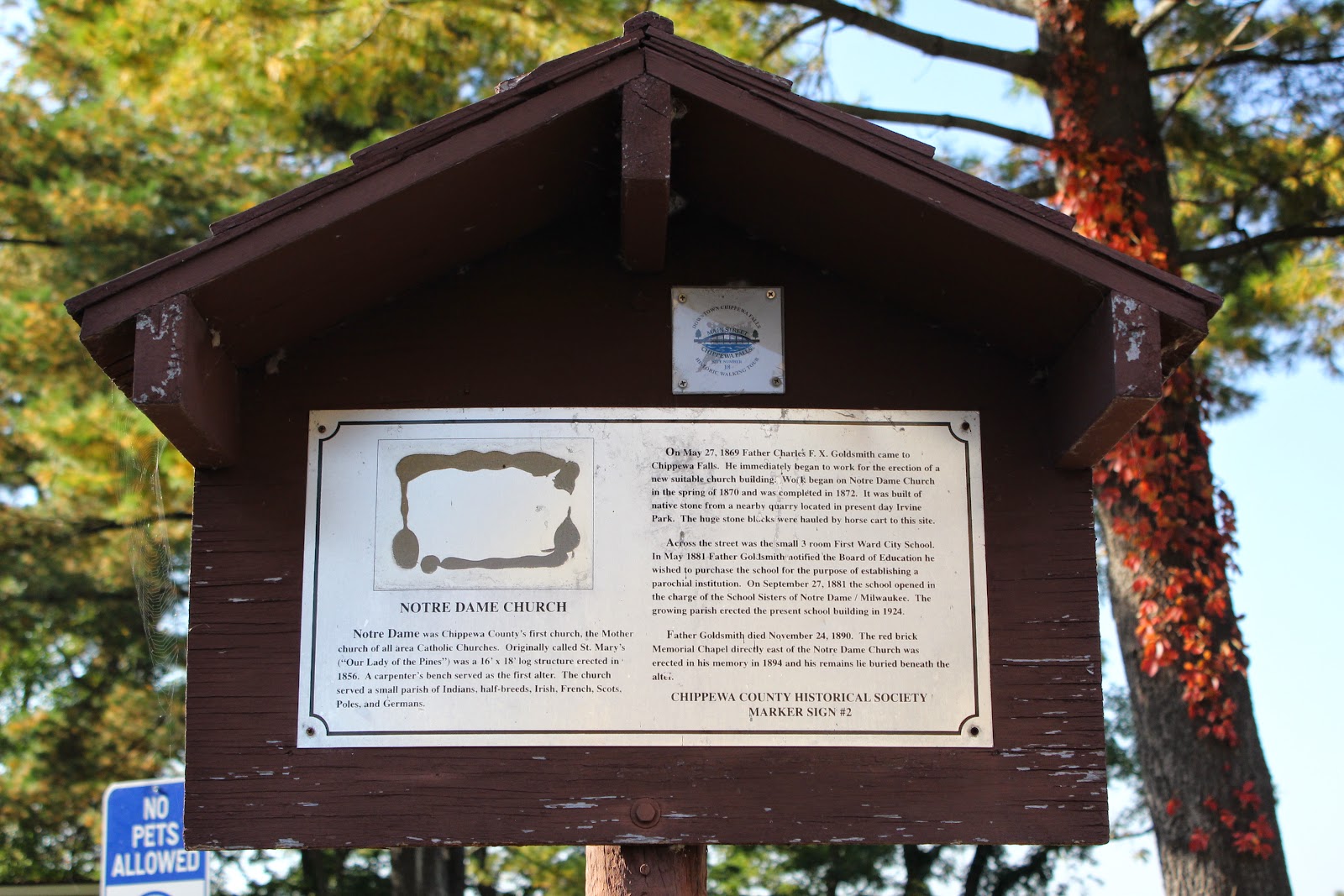 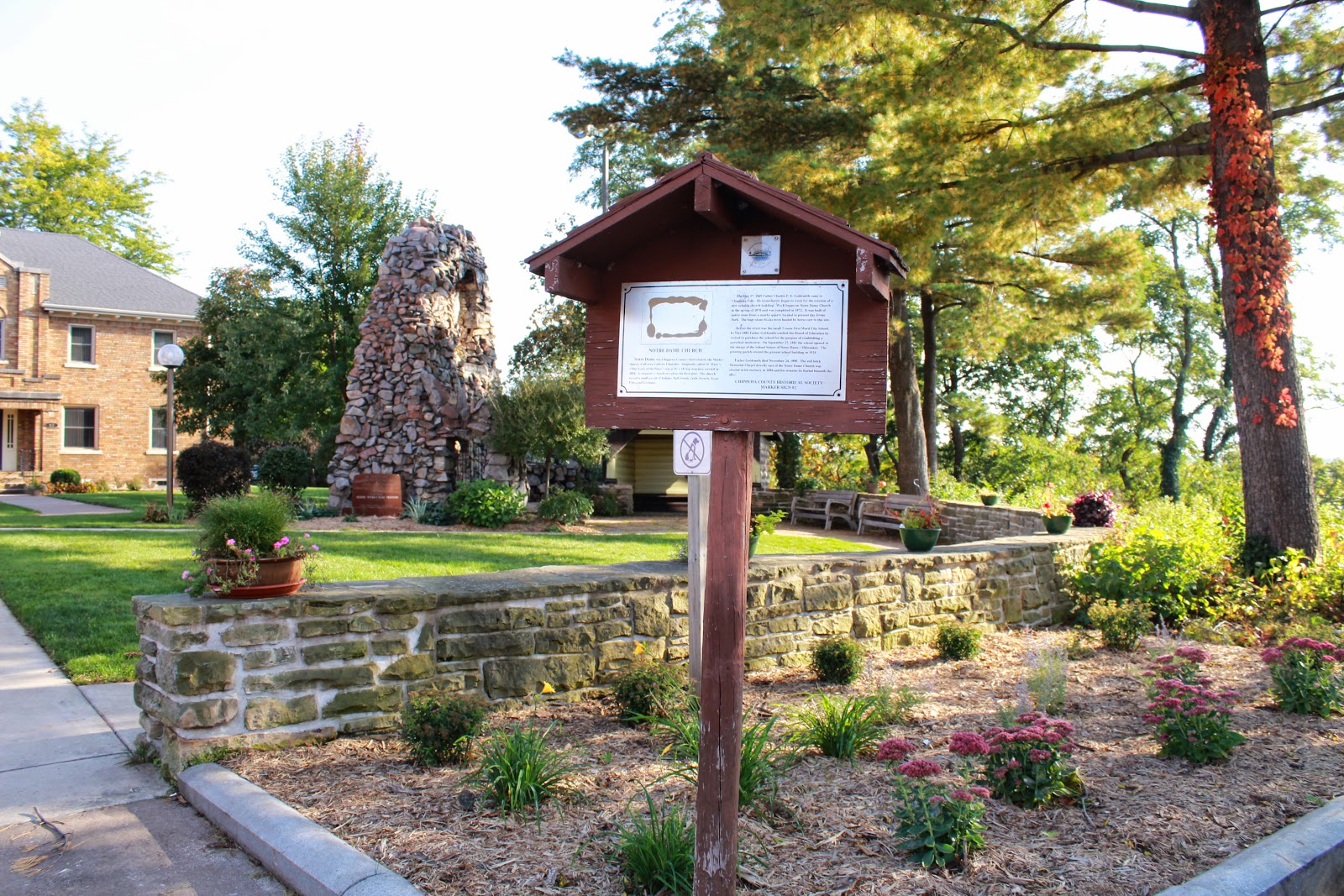 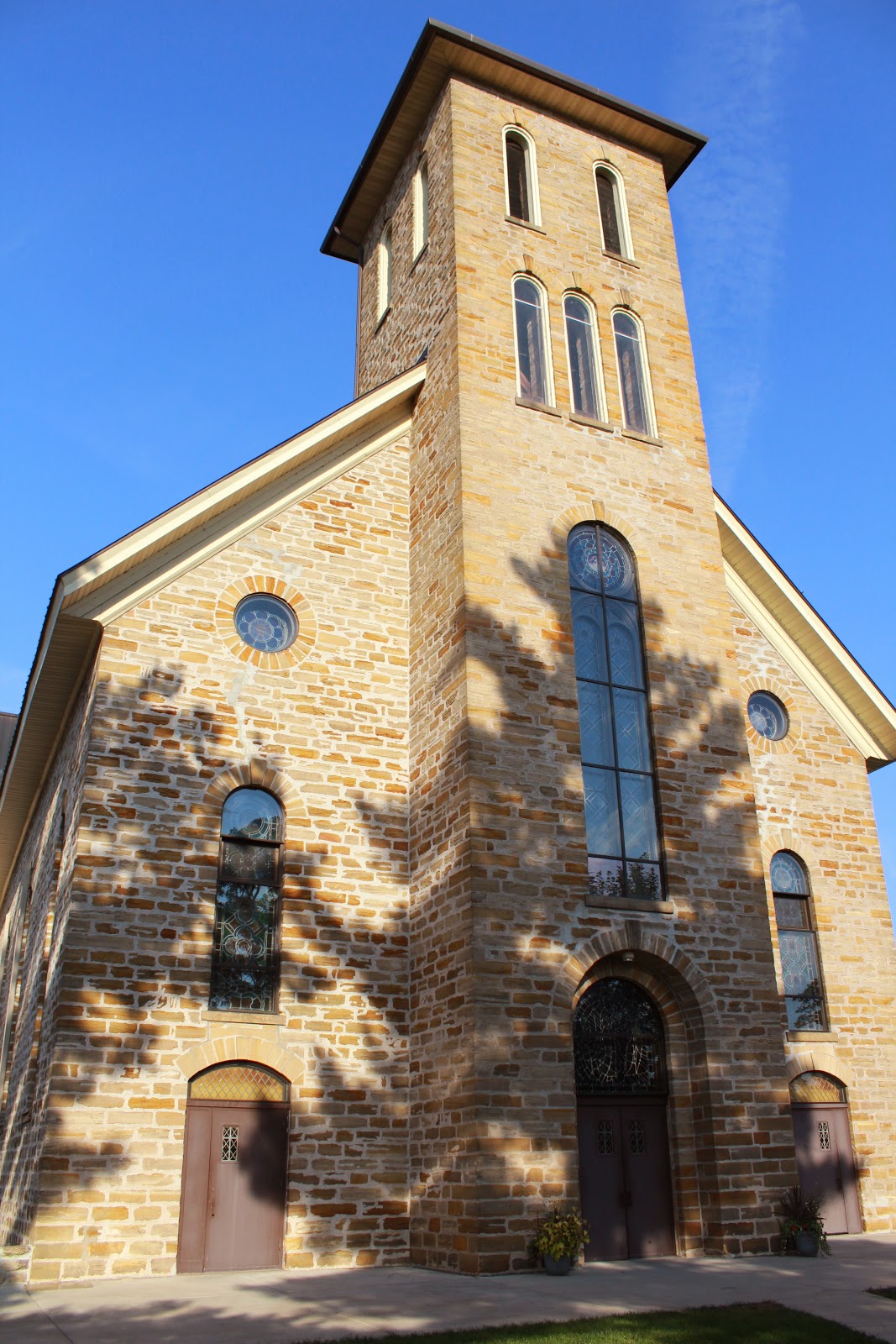 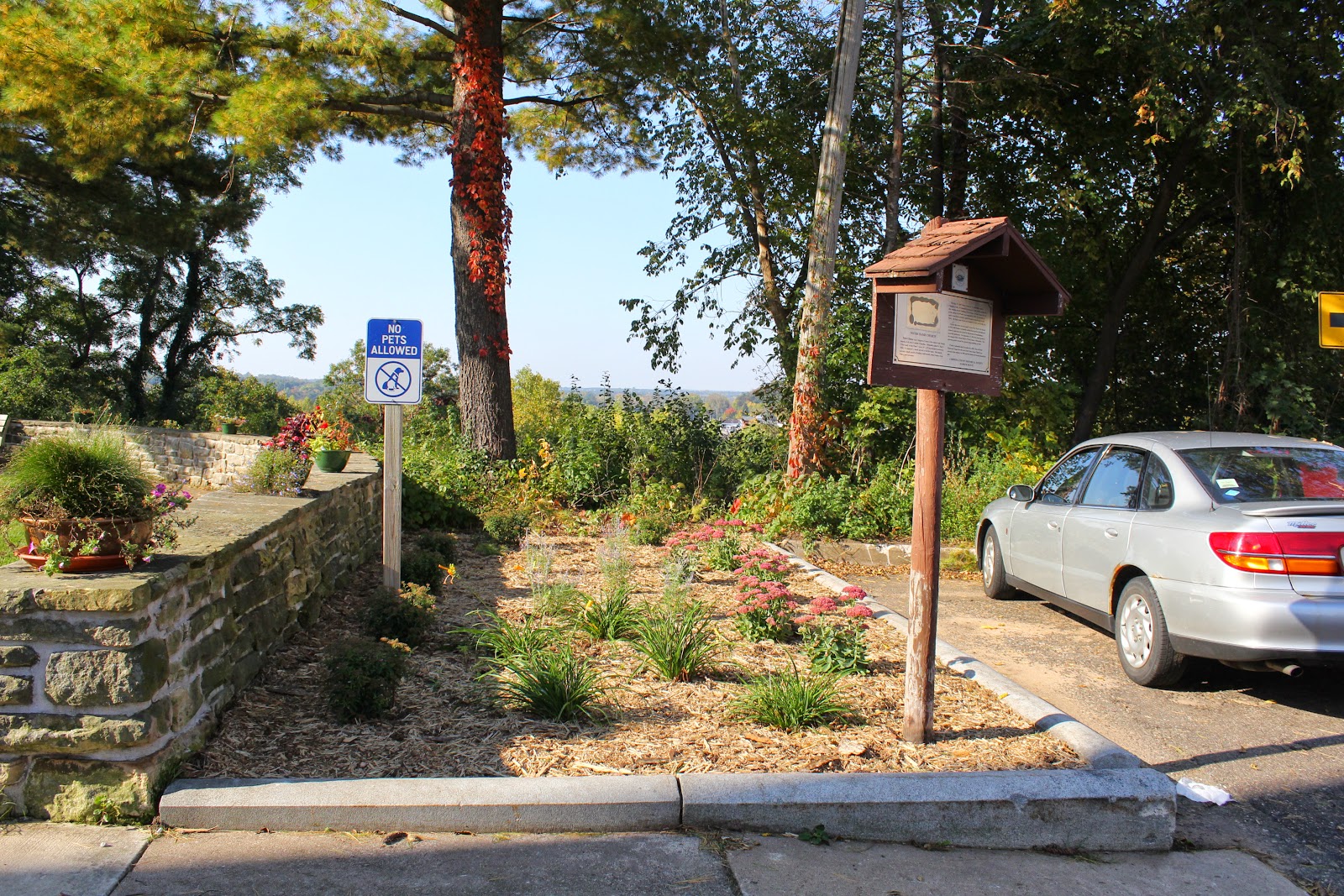 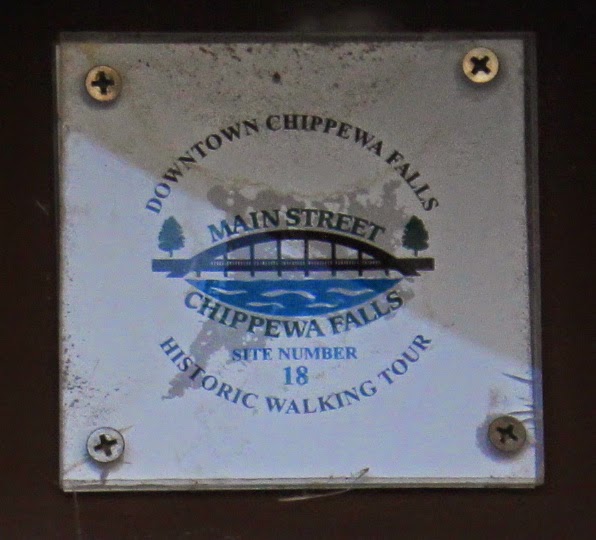 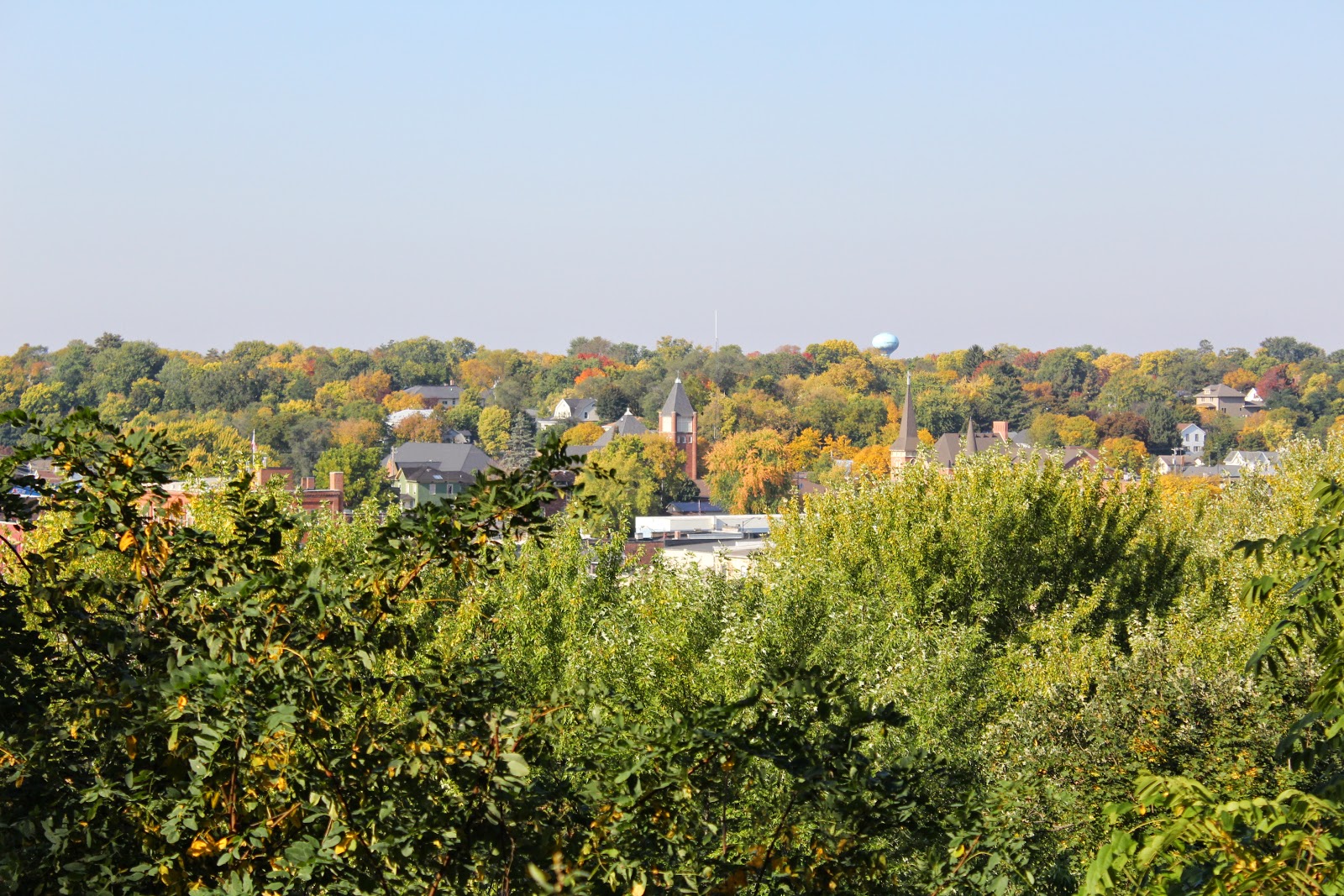 The view looking west from the marker location. 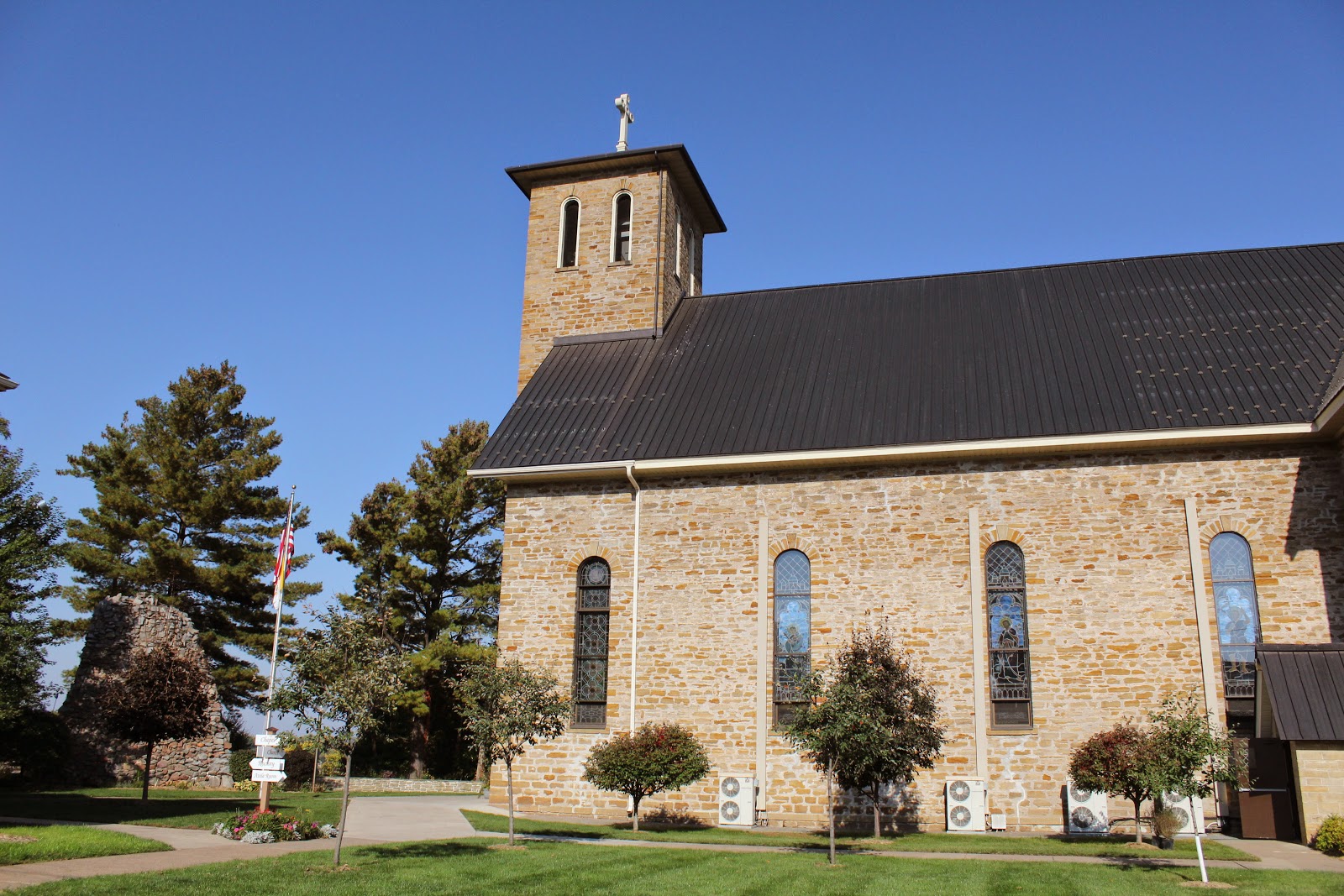 The south side of Norte Dame Church. 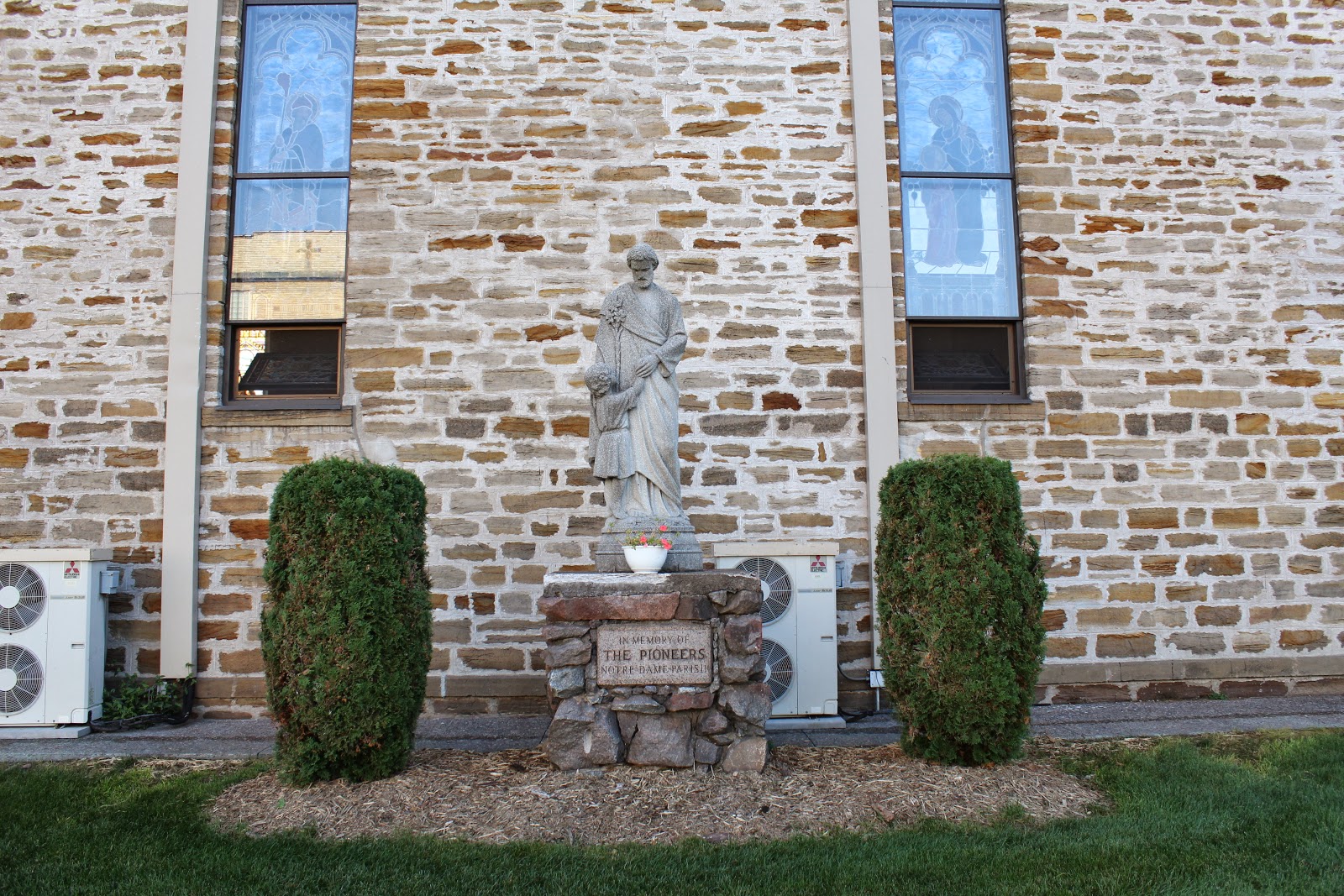 The north side of Notre Dame Church, In Memory of the Pioneers.