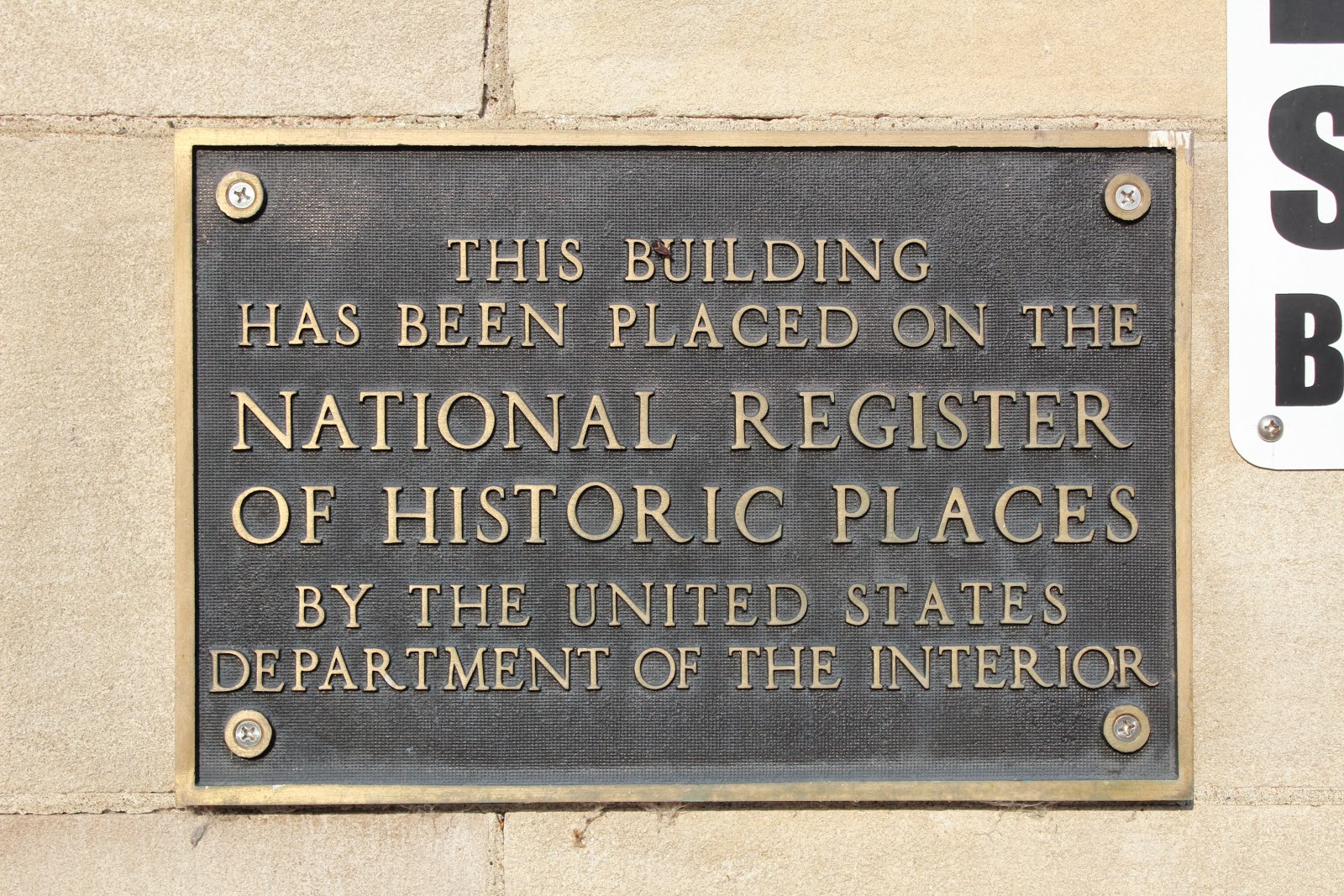 The property is now home to Chippewa Valley Cultural Association / Heyde Center for the Arts:


The Heyde Center for the Arts is the name of the historic building that was saved and restored to its present glory. The McDonell Memorial High School building was constructed in 1907 by a benevolent lumberman named Alexander McDonell in memory of his wife and children who had died. It was closed in 1964 when a new high school was built on the other side of town. For years after it was closed, the building was vandalized and allowed to deteriorate. Most of the windows were broken. Rain and snow caused the wood floors to buckle. The plaster on the walls peeled. Flocks of pigeons took up residence.

The dream languished for two decades, but a group of committed citizens refused to give up. The CVCA issued a call to area residents, inviting them to reclaim the building. Floors were swept, pigeons sent flying, and temporary electrical service established. Excitement for the project grew and eventually more than $2 million was gathered and skilled and unskilled laborers provided hundreds of thousands of hours of volunteer labor.

The CVCA largely accomplished its first main goal when it opened the doors of the Heyde Center for the Arts to the public in 2000. Since then, the CVCA has made significant progress in achieving its second goal. In 2006, the CVCA/Heyde Center received the Governor’s Award for Supporting the Arts in the “community organization” category. Each year approximately 16,000 people visit the Center’s performances, exhibits, and special events. A volunteer board manages the facility and the Association has more than 380 members.

This history of the property from Chippewa Valley Cultural Association / Heyde Center for the Arts website; used with gracious and generous permission. 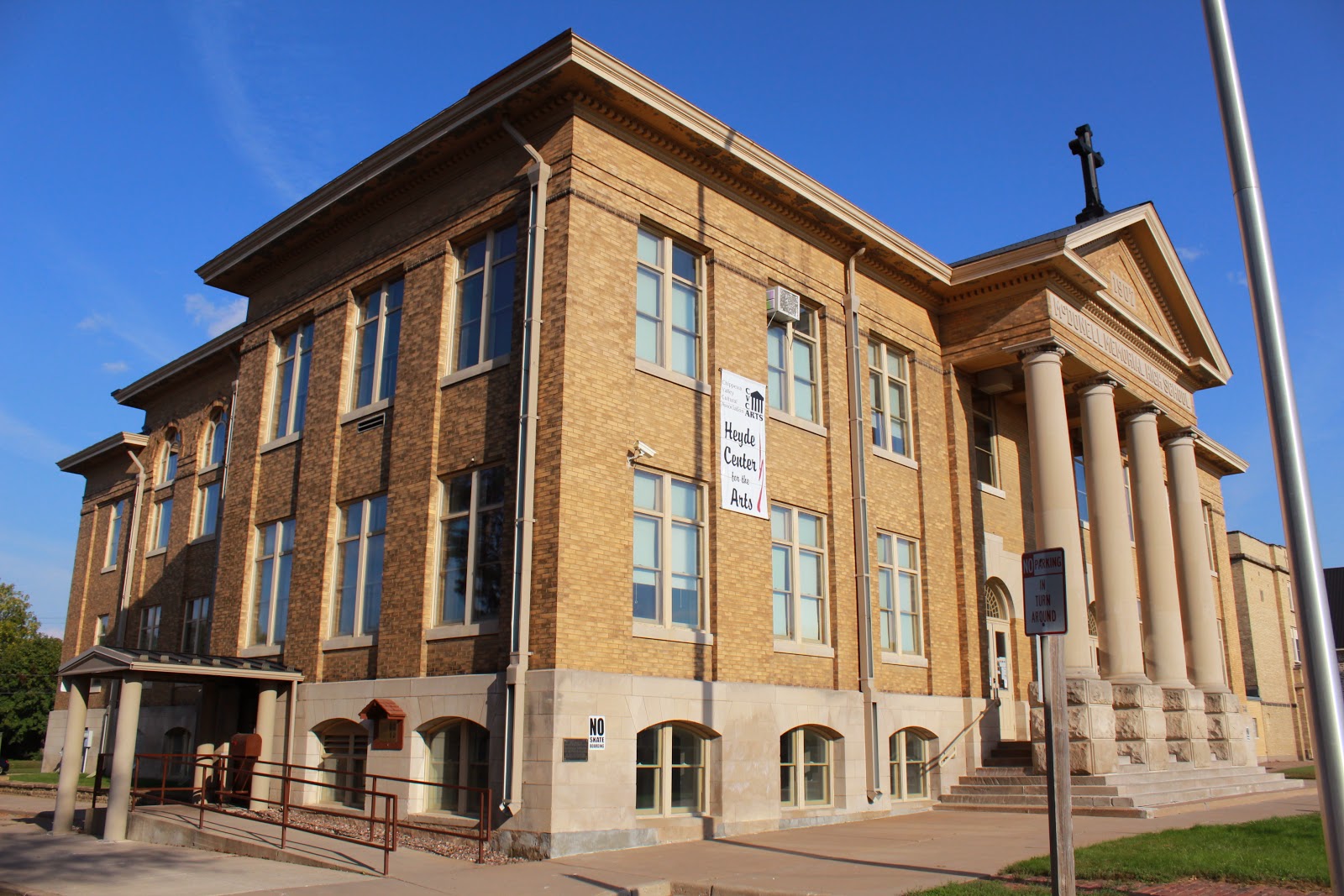 The small plaque is visible in the center, on the corner of the building. 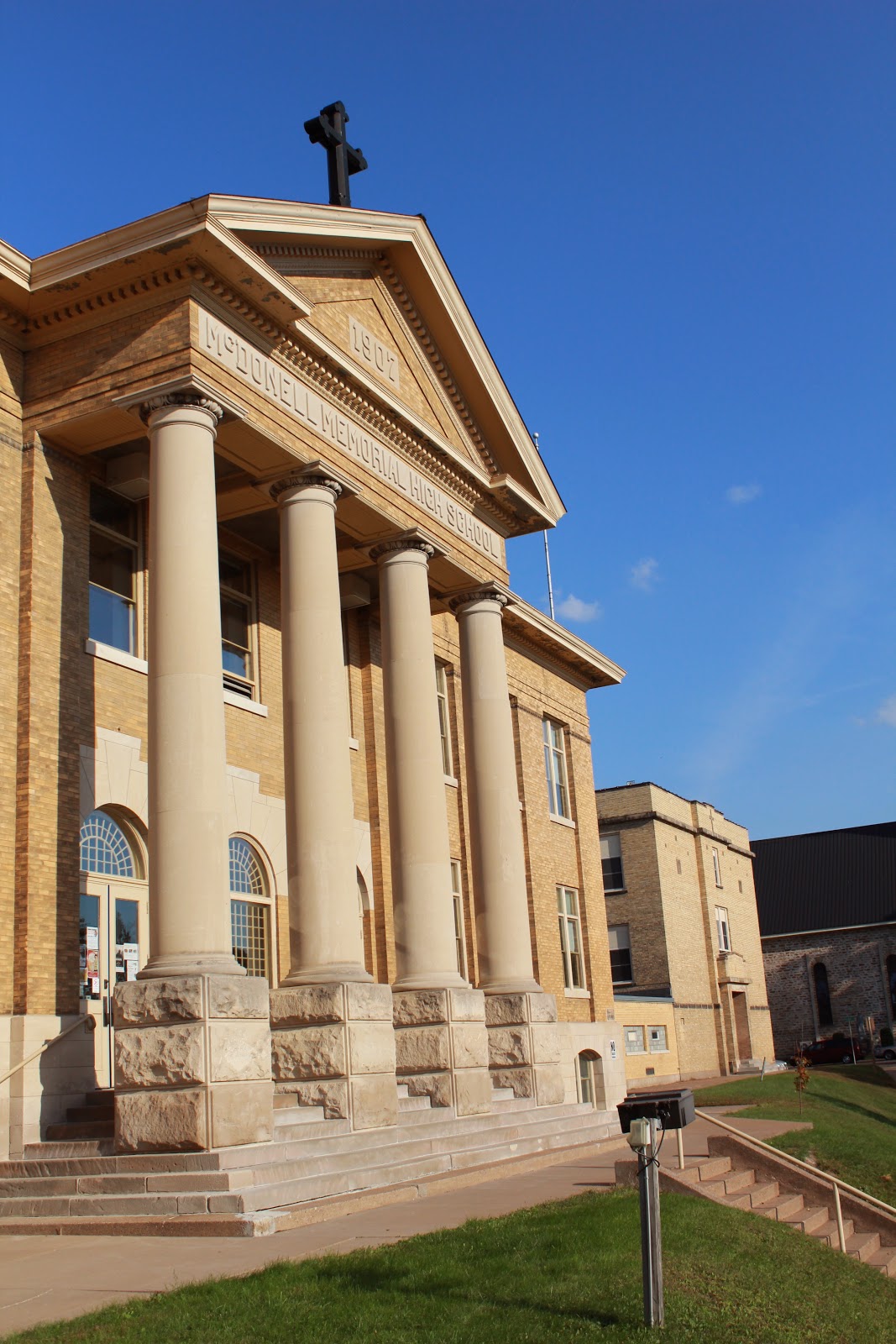 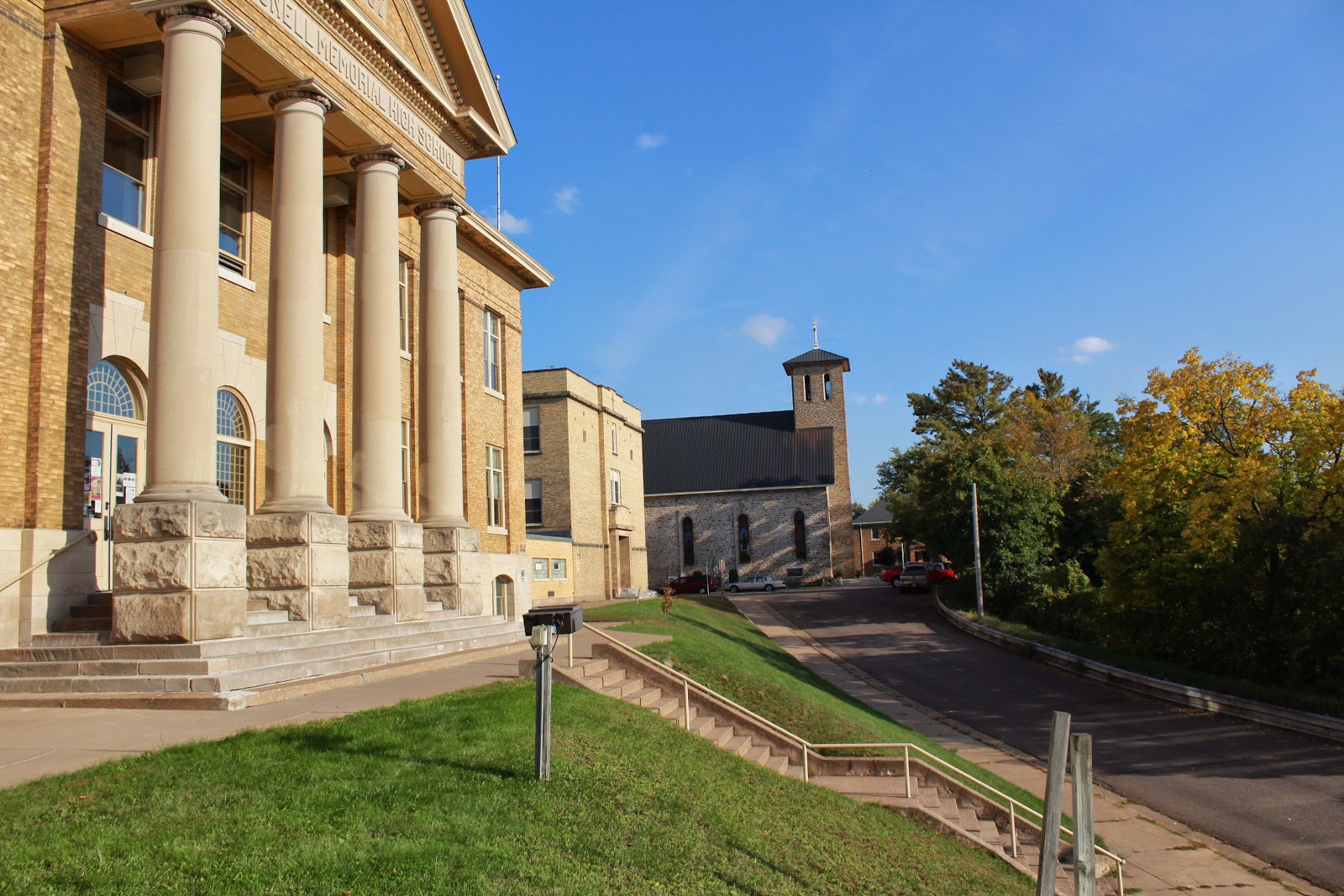 That's High Street to the right, but there is no way to
easily access the property from High Street. 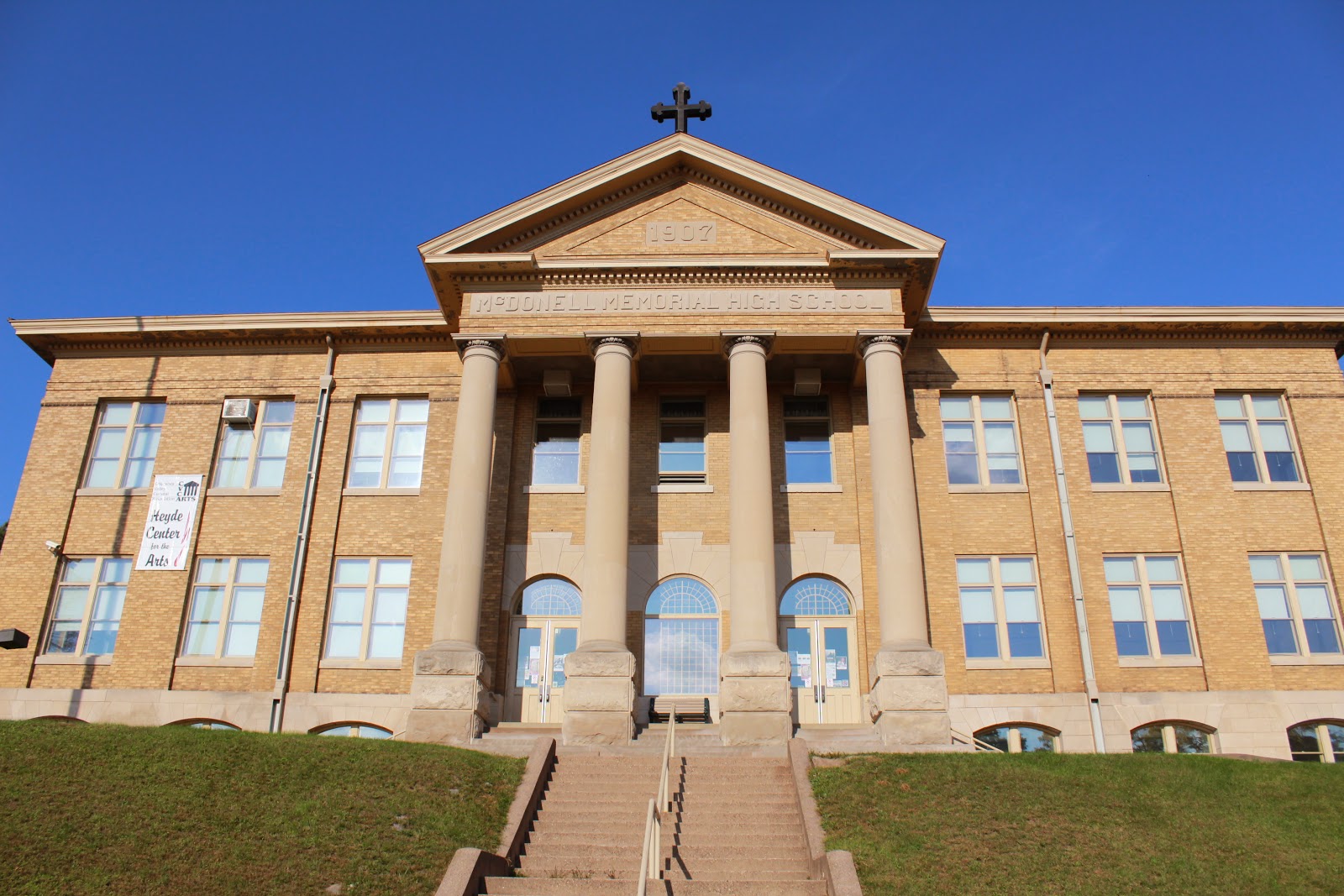 View of the school from High Street. 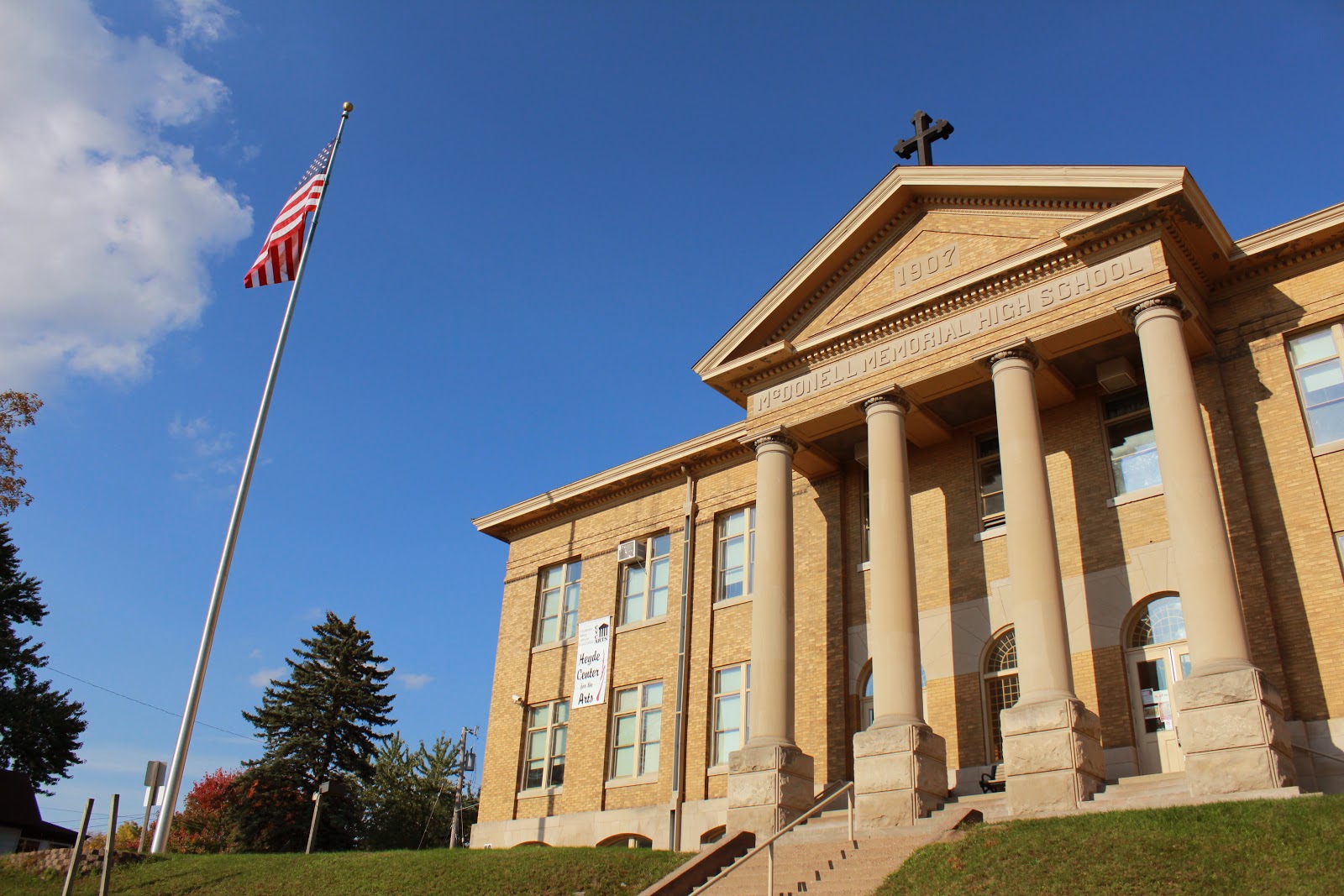 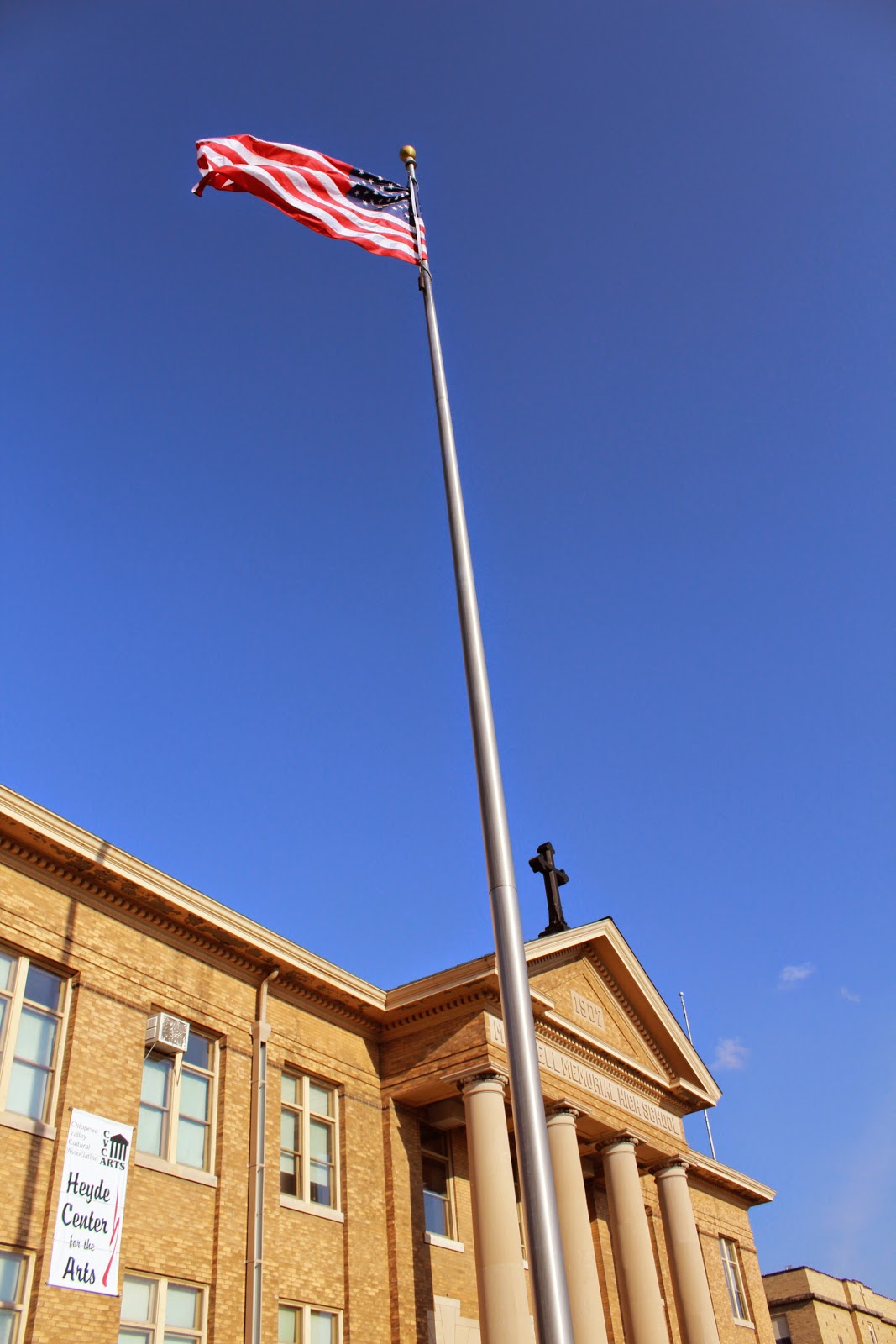 This is a beautiful, huge flag!