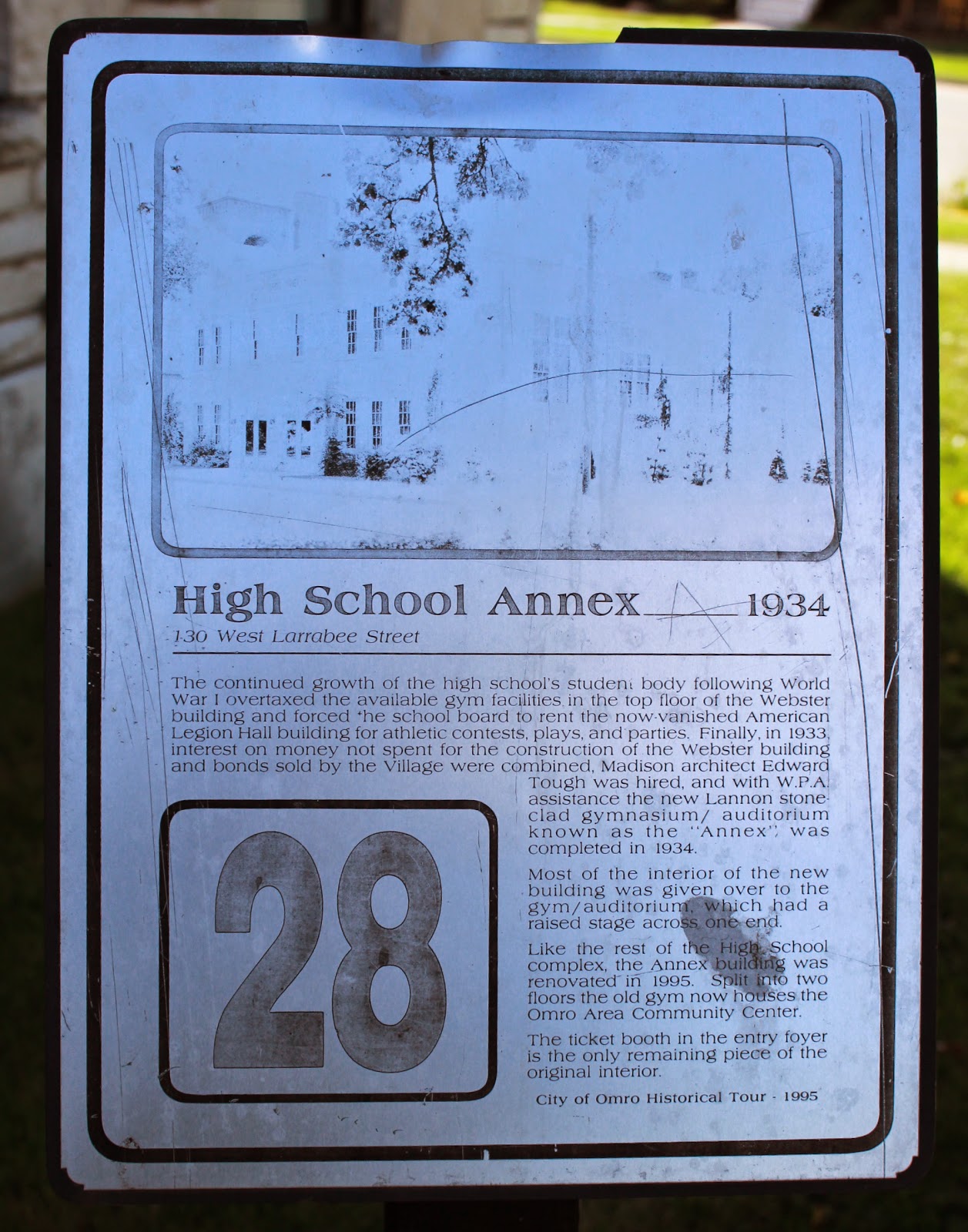 The continued growth of the high school's student body following World War I overtaxed the available gym facilities in the top floor of the Webster building and forced the school board to rent the now-vanished American Legion Hall building for athletic contests, plays, and parties. Finally, in 1933, interest on money not spent for the construction of the Webster building and bonds sold by the Village were combined, Madison architect Edward Tough was hired, and with W.P.A. assistance the new Lannon stone-clad gymnasium / auditorium known as the "Annex" was completed in 1934.

Most of the interior of the new building was given over to the gym / auditorium, which had a raised stage across one end.

Like the rest of the High School complex, the Annex building was renovated in 1995. Split into two floors the old gym now houses the Omro Area Community Center.

The ticket booth in the entry foyer is the only remaining piece of the original interior.

This location is No. 28 on the City of Omro Historical Tour.

See also, "Strolling through Omro's Past" for a HistoryPin online tour of all locations in the City of Omro Historical Tour. 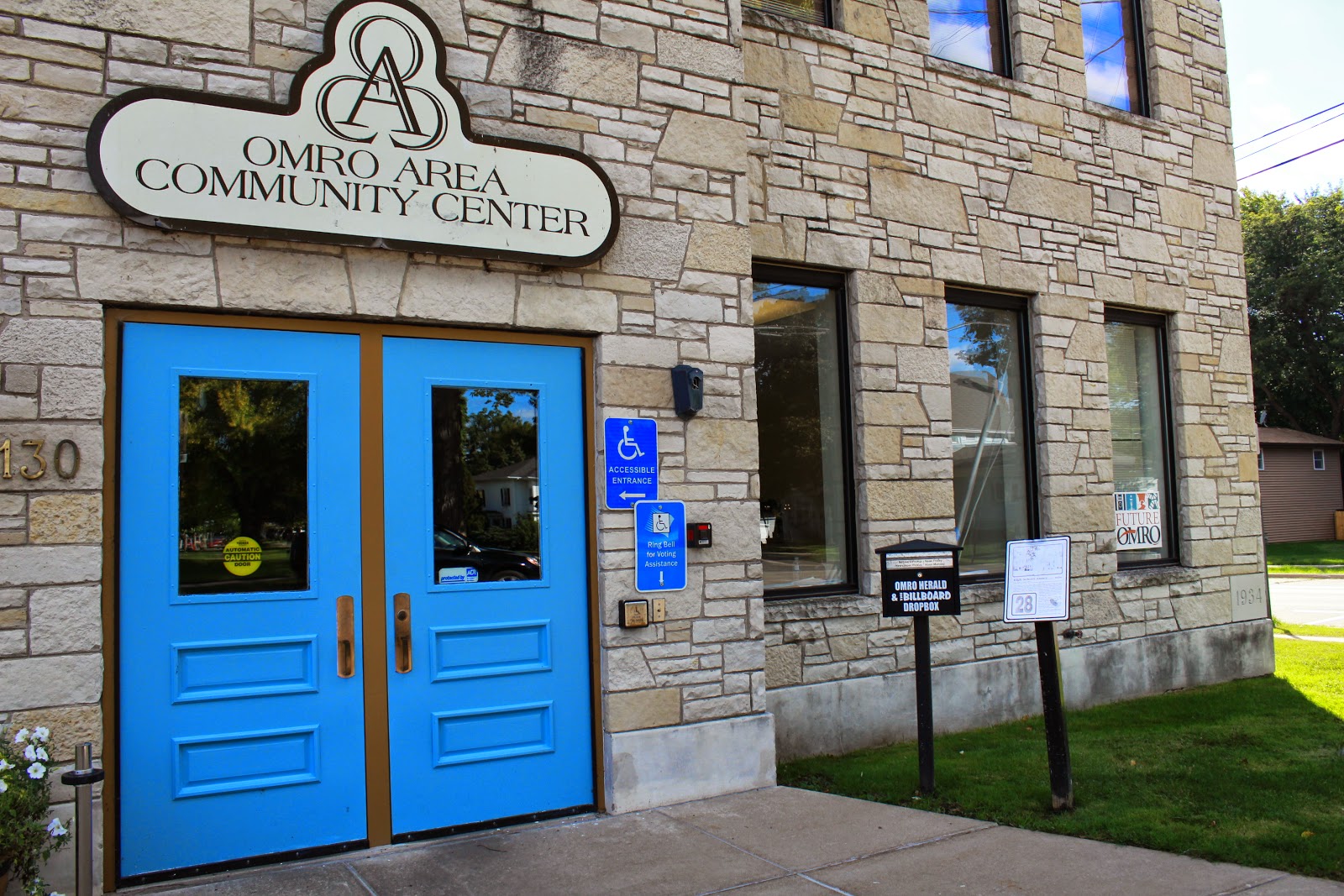 The marker is mounted to the post at center right in the above photo. 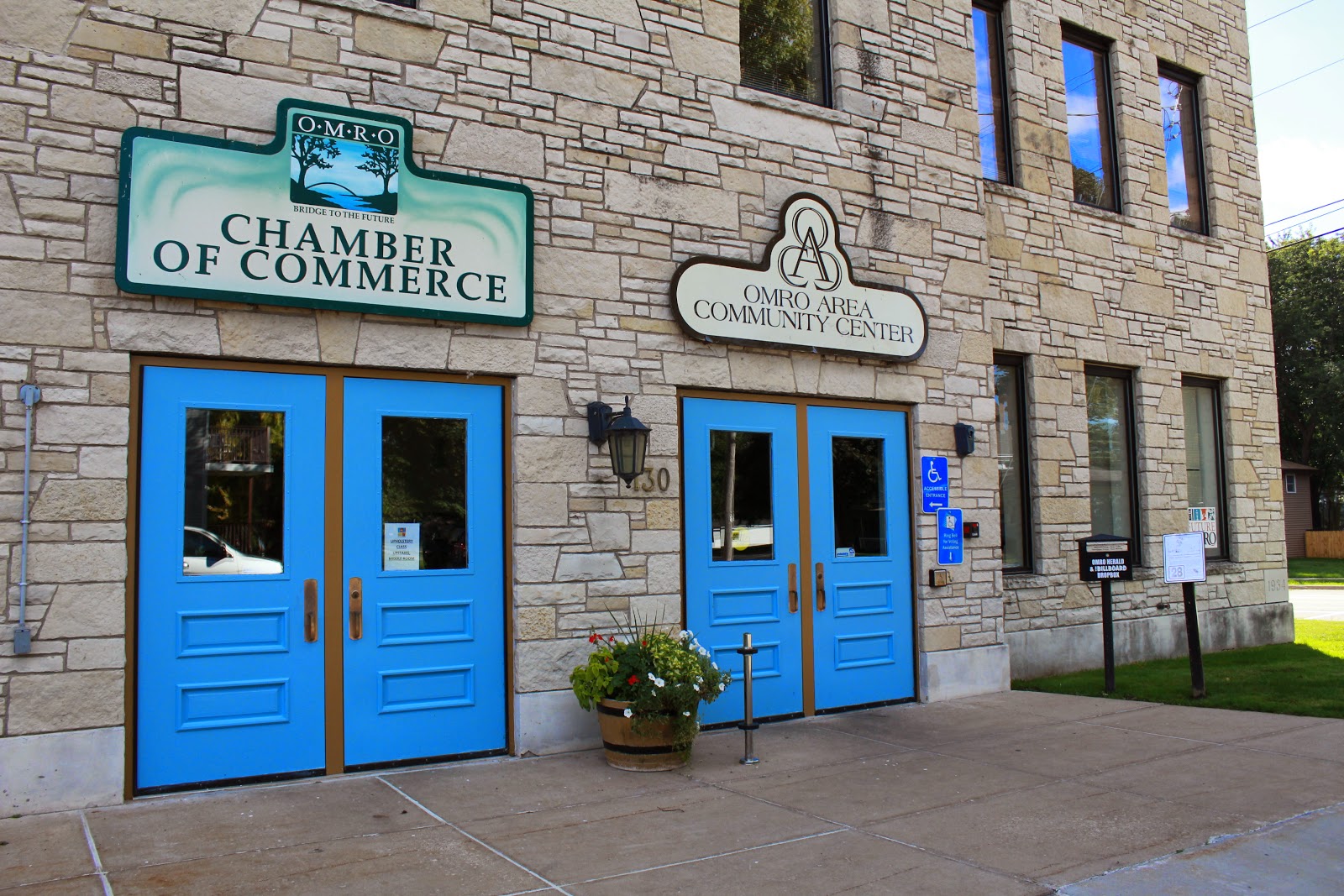 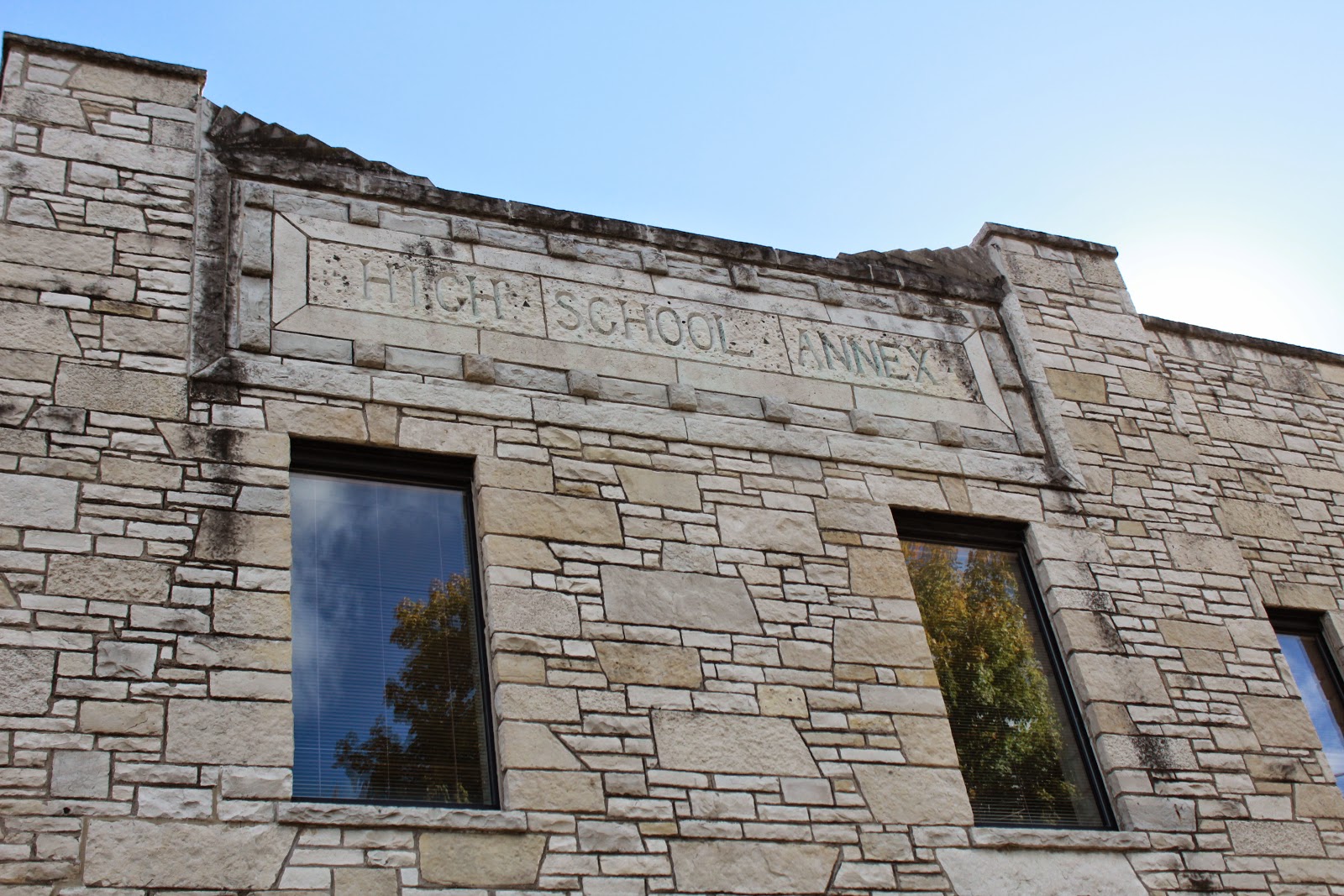 At the intersection of West Larrabee Street and Jefferson Avenue.