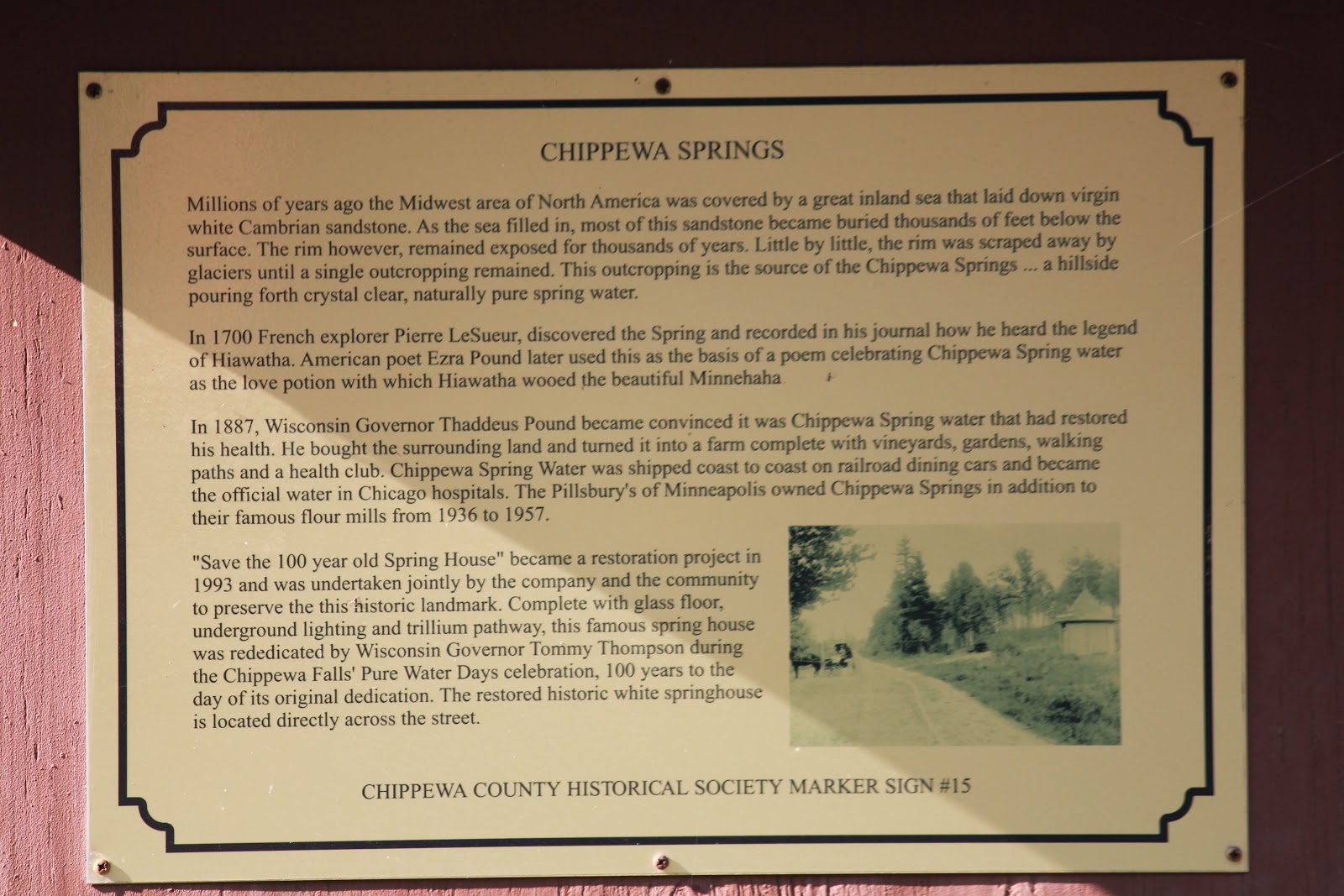 Millions of years ago the Midwest area of North America was covered by a great inland sea that laid down virgin white Cambrian sandstone. As the sea filled in, most of this sandstone became buried thousands of feet below the surface. The rim however, remained exposed for thousands of years. Little by little, the rim was scraped away by glaciers until a single outcropping remained. This outcropping is the source of the Chippewa Spring ... a hillside pouring forth crystal clear, naturally pure spring water.

In 1700 a French explorer Pierre LeSueur, discovered the Spring and recorded in his journal how he heard the legend of Hiawatha. American poet Ezra Pound later used this as the basis of a poem celebrating Chippewa Spring water as the love potion with which Hiawatha wooed the beautiful Minnehaha.

In 1887, Wisconsin Governor Thaddeus Pound became convinced it was Chippewa Spring water that had restored his health. He bought the surrounding land and turned it into a farm complete with vineyards, gardens, walking paths and a health club. Chippewa Spring Water was shipped coast to coast on railroad dining cars and became the official water in Chicago hospitals. The Pillsbury's of Minneapolis owned the Chippewa Springs in addition to their famous flour mills from 1936 to 1957.

"Save the 100 year old Spring House" became a restoration project in 1993 and was undertaken jointly by the company and the community to preserve this historic landmark. Complete with glass floor, underground lighting and trillium pathway, this famous spring house was rededicated by Wisconsin Governor Tommy Thompson during the Chippewa Falls' Pure Water Days celebration, 100 years to the day of its original dedication. The restored historic white spring house is located directly across the street.

This marker is No. 15 in a series of historical markers erected by the Chippewa County Historical Society. 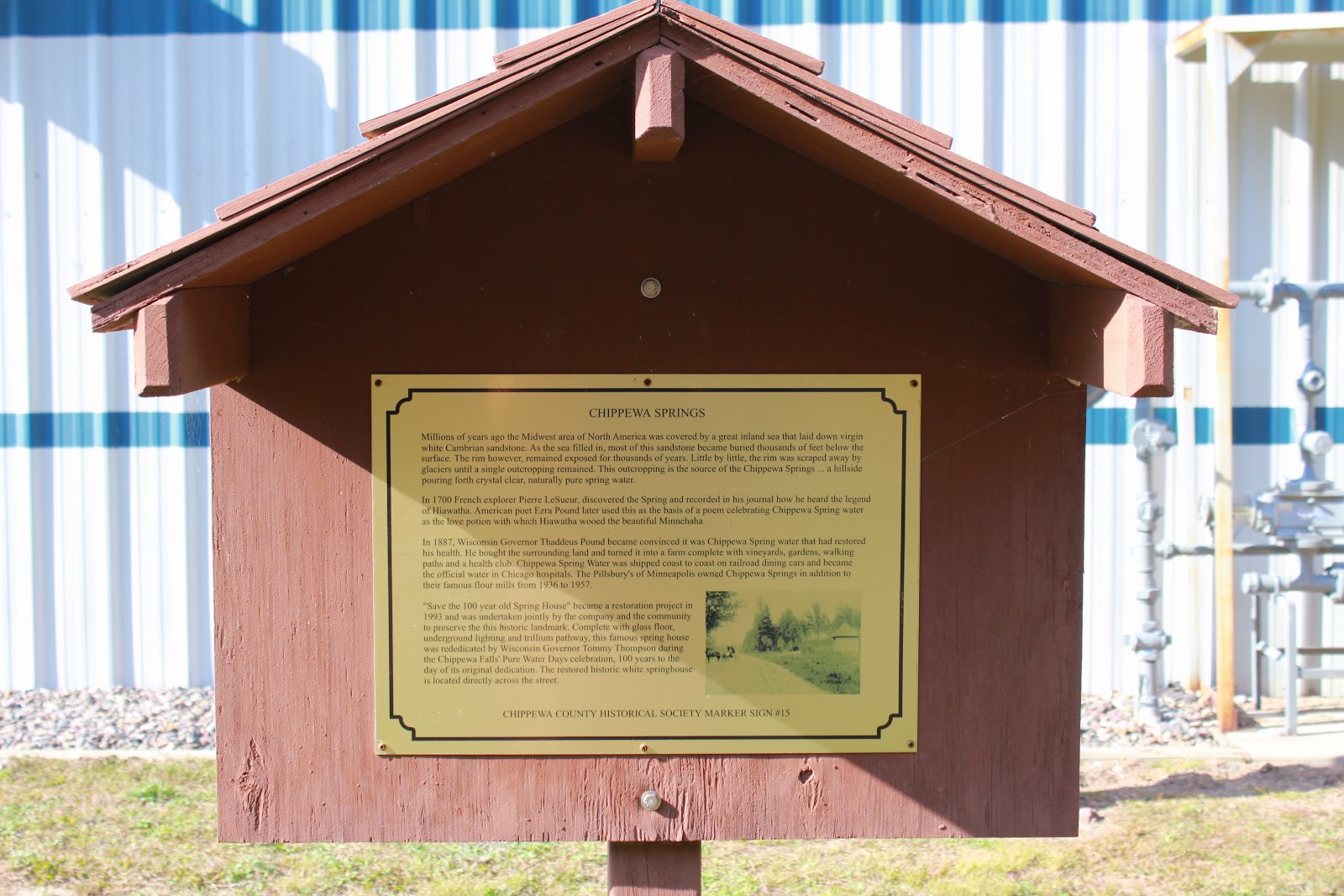 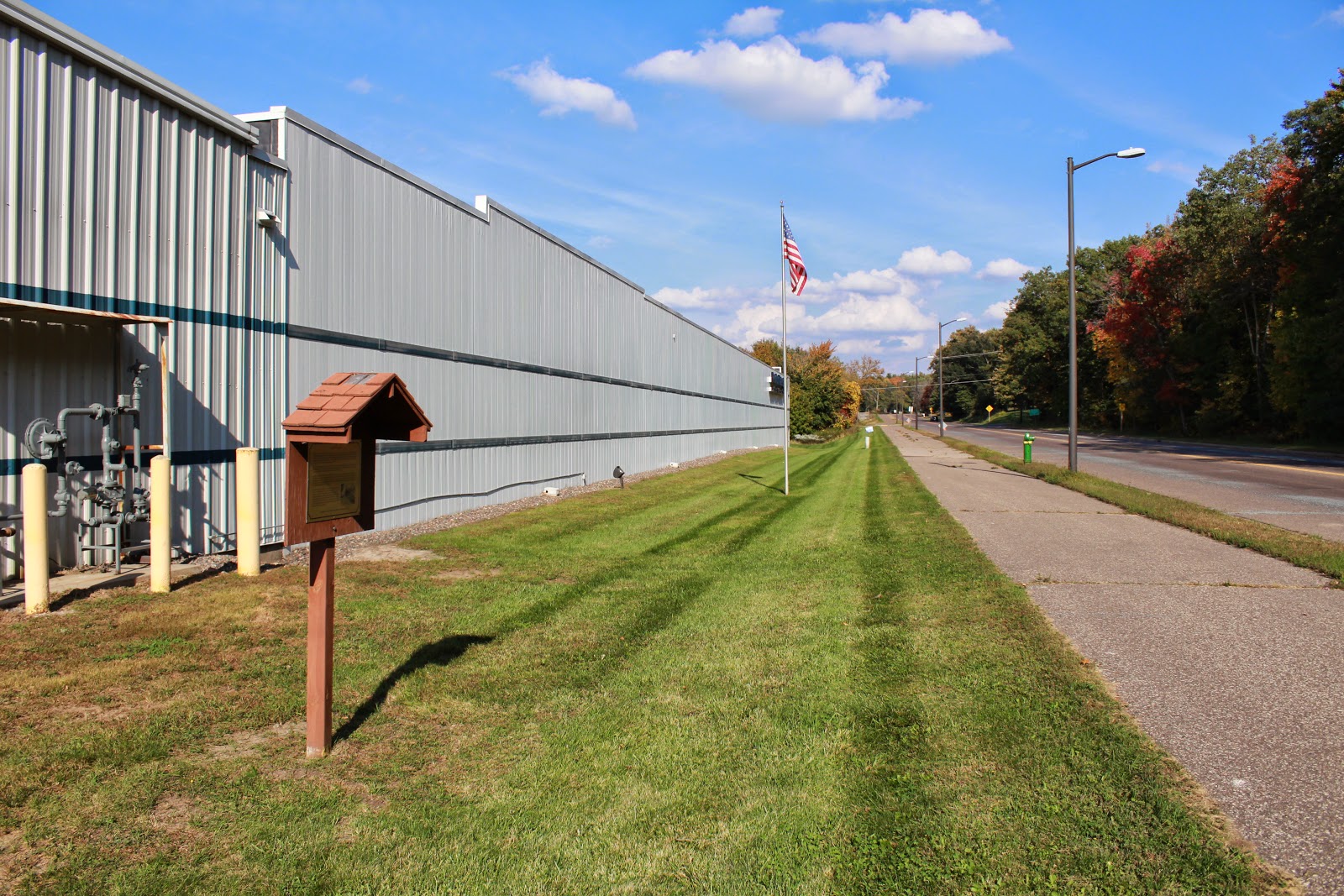 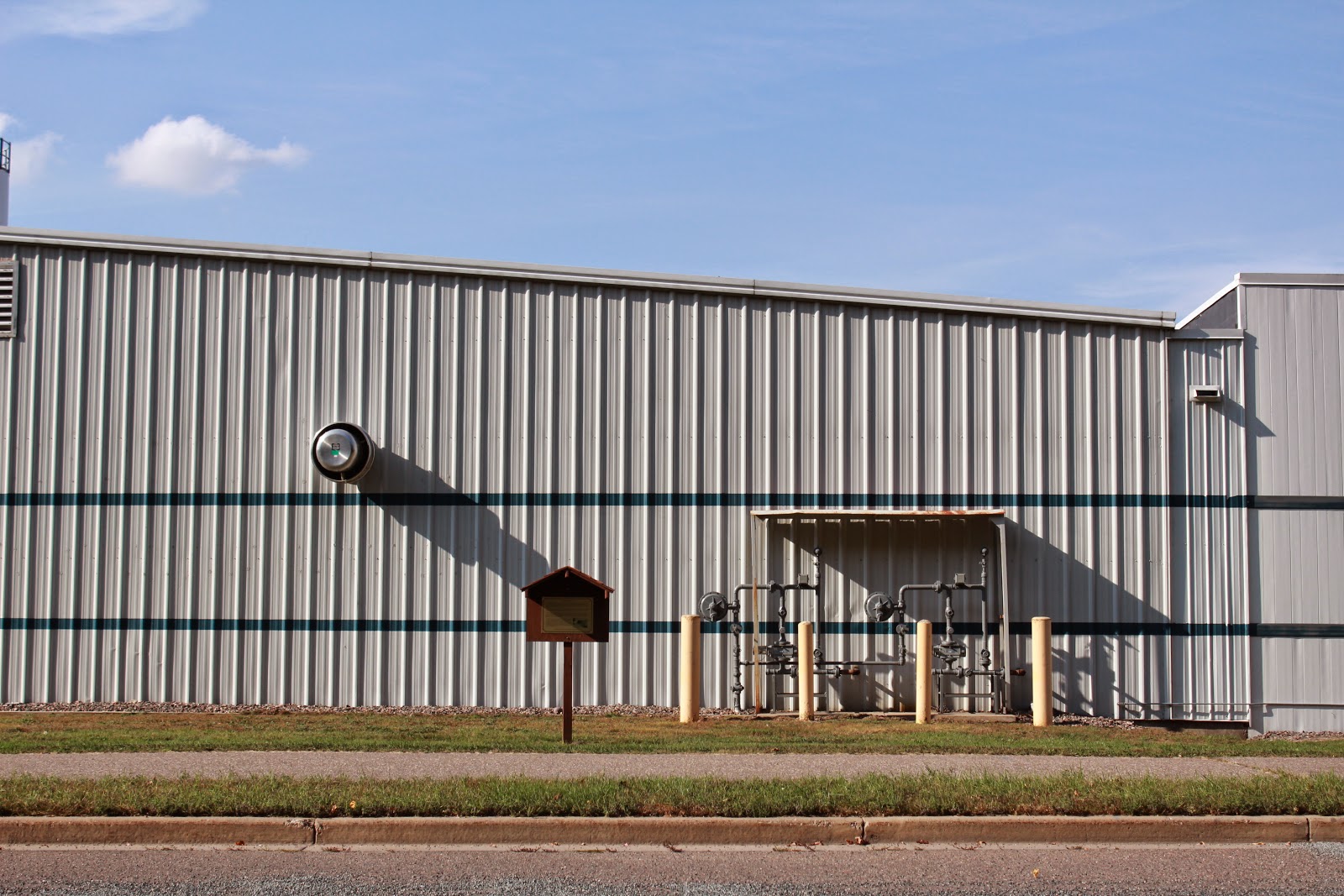 It's kinda easy to miss this marker, up against such a large building. Spring House, protecting the original Chippewa Spring. The spring was discovered in 1700 by Pierre Le Sueur, and the structure was build in 1893 to protect it. It is adjacent to the massive bottling plant that has sold Chippewa Springs water for over 100 years.

Photo taken by Bobak Ha'Eri, on June 20, 2009.
This file is licensed under the Creative Commons Attribution 3.0 Unported license
and was gleaned from this post on Wikipedia: Chippewa Falls, Wisconsin.
Click here for more information.