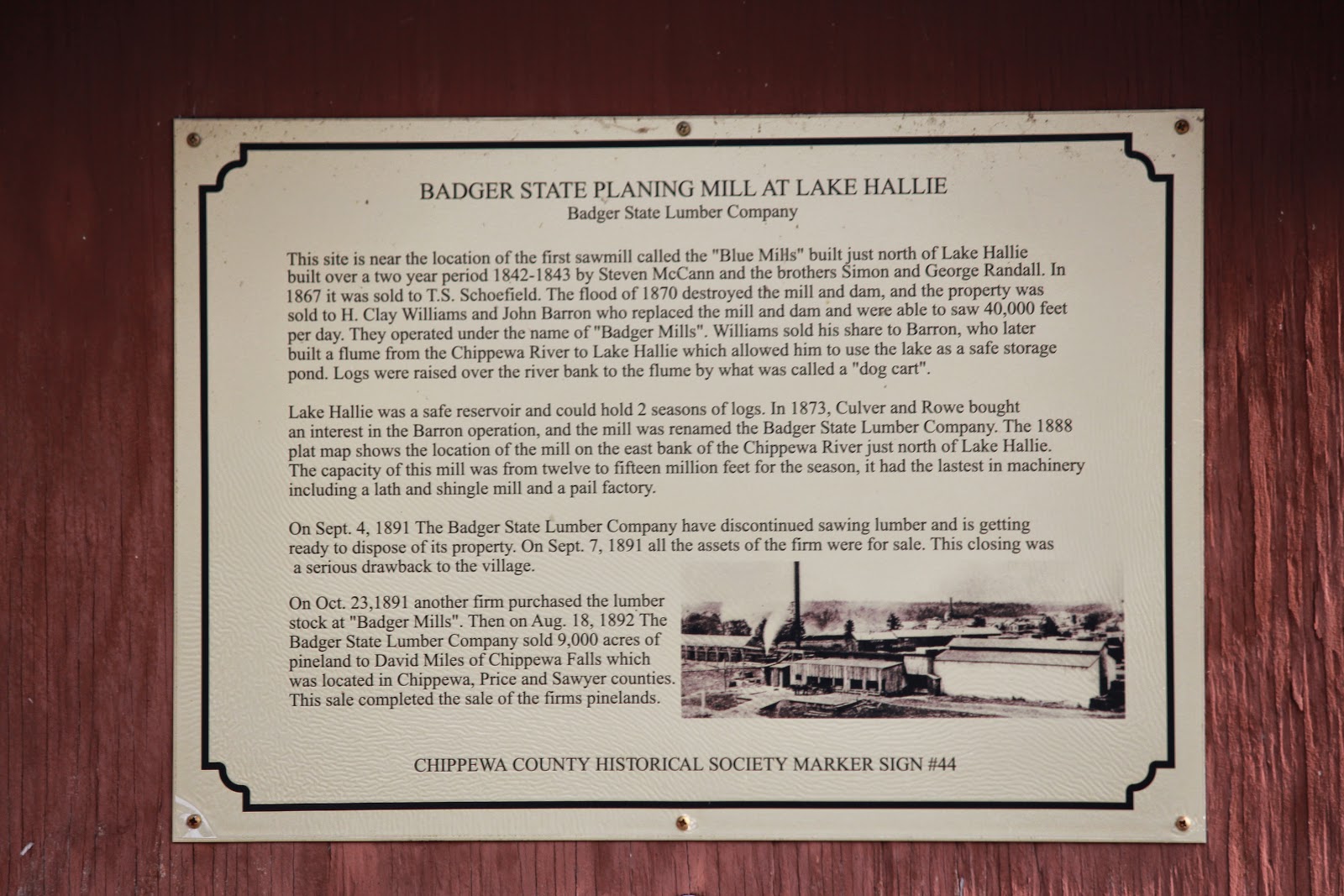 This site is near the location of the first sawmill called the "Blue Mills" built just north of Lake Hallie, built over a two year period 1842-1843 by Steven McCann and the brothers Simon and George Randall. In 1867 it was sold to T.S. Schoefield. The flood of 1870 destroyed the mill and dam, and the property was sold to H. Clay Williams and John Barron who replaced the mill and dam and were able to saw 40,000 feet per day. They operated under the name of "Badger Mills". Williams sold his share to Barron, who later built a flume from the Chippewa River to Lake Hallie which allowed him to use the lake as a safe storage pond. Logs were raised over the river bank to the flume by what was called a "dog cart".

Lake Hallie was a safe reservoir and could hold 2 seasons of logs. In 1873, Culver and Rowe bought an interest in the Barron operation, and the mill was renamed the Badger State Lumber Company. The 1888 plat map shows the location of the mill on the east bank of the Chippewa River just north of Lake Hallie. The capacity of this mill was from twelve to fifteen million feet for the season, it had the latest in machinery including a lath and shingle mill and a pail factory.

On Sept. 4, 1891 The Badger State Lumber Company have discontinued sawing lumber and is getting ready to dispose of its property. On Sept. 7, 1891 all the assets of the firm were for sale. This closing was a serious drawback to the village.

On Oct. 23, 1891 another firm purchased the lumber stock at "Badger Mills". Then on Aug. 18, 1892 The Badger State Lumber Company sold 9,000 acres of pineland to David Miles of Chippewa Falls which was located in Chippewa, Price and Sawyer counties. This sale completed the sale of the firms pinelands.

The marker is located at Clark Hughes Boat Launch, Town of Hallie, on northbound 109th Street, at its T-intersection with 28th Avenue, near 2910 109th Street, Chippewa Falls, Wisconsin 54729.


This marker is No. 44 in a series of historical markers erected by the Chippewa County Historical Society. 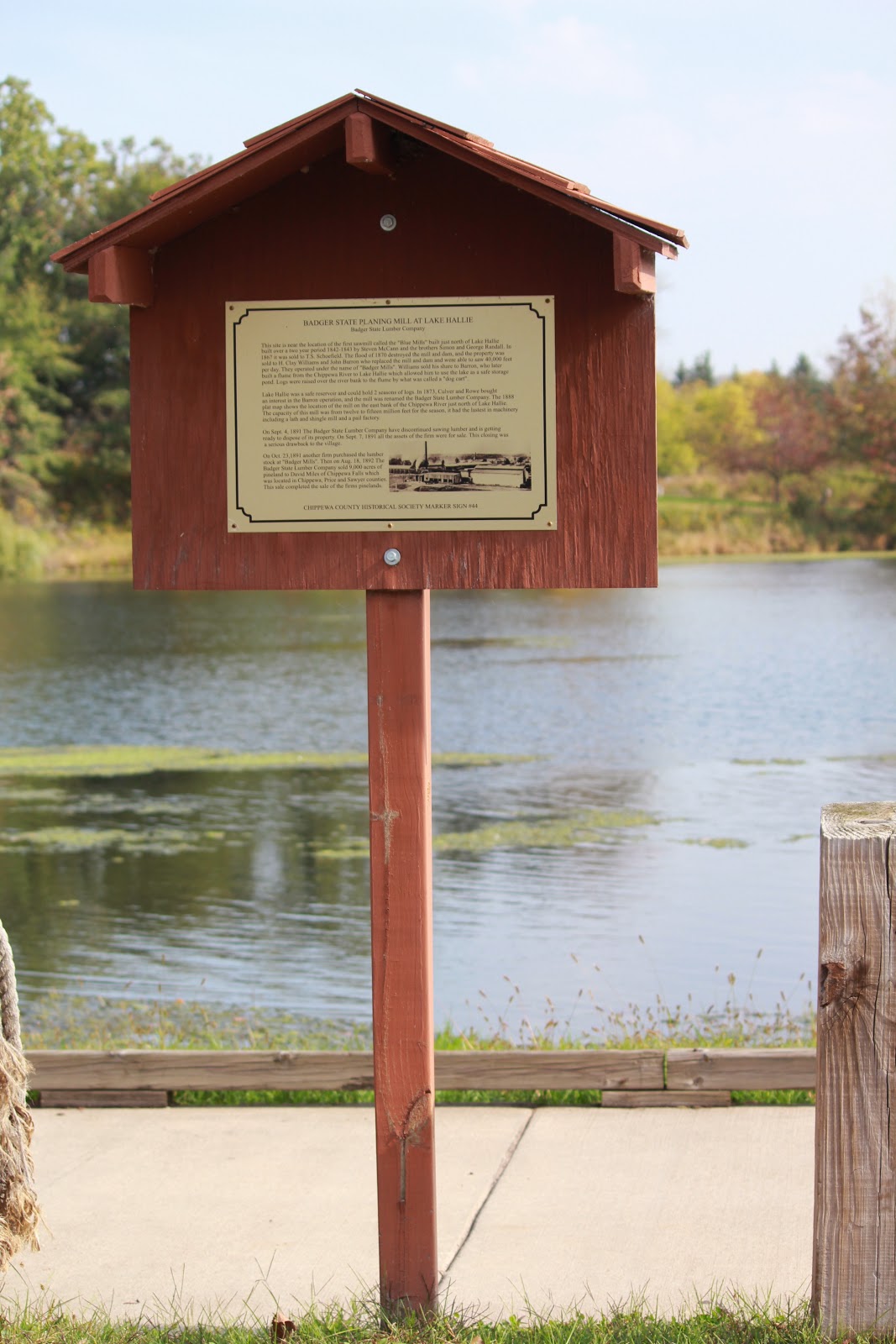 With Lake Hallie in the background . . .

This excerpt from History of Northern Wisconsin (1881) (p. 223) includes some additional, and very intriguing, information: 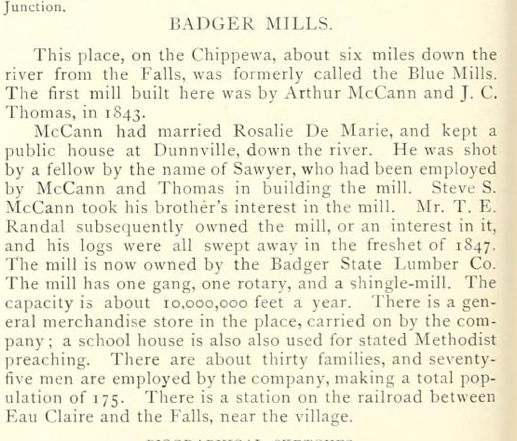 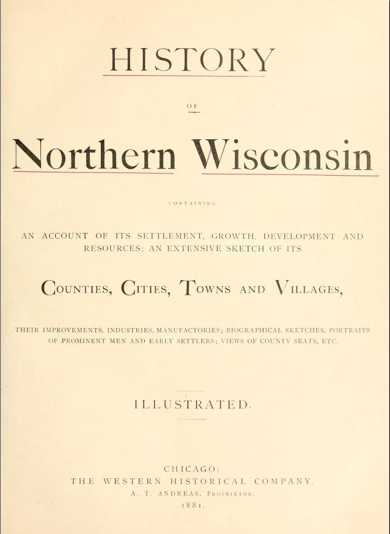 The above screenshots are from History of northern Wisconsin, containing an account of its settlement, growth, development, and resources; an extensive sketch of its counties, cities, towns and villages, their improvements, industries, manufactories; biographical sketches, portraits of prominent men and early settlers; views of county seats, etc., . . . (1881), available online at: 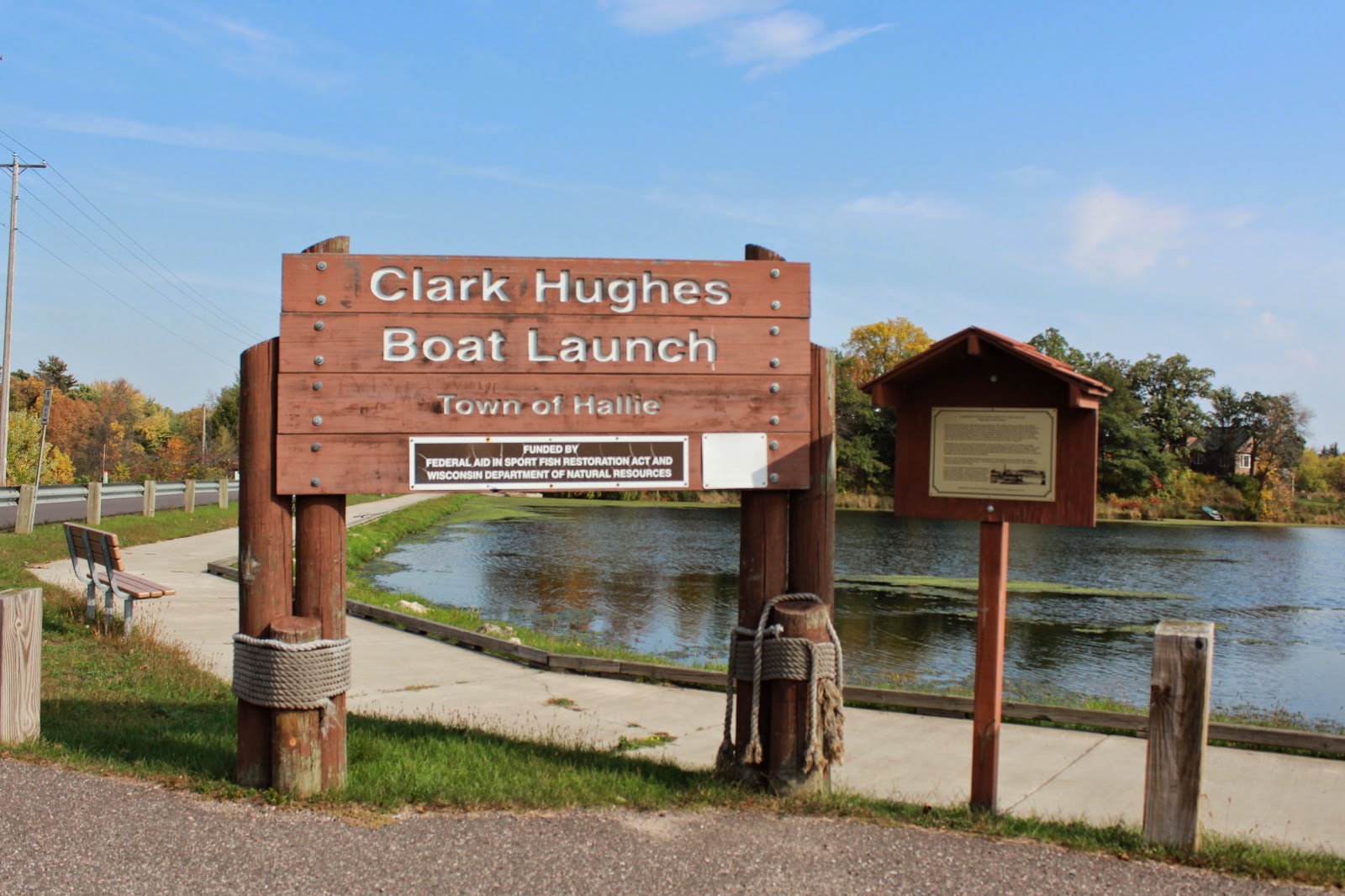 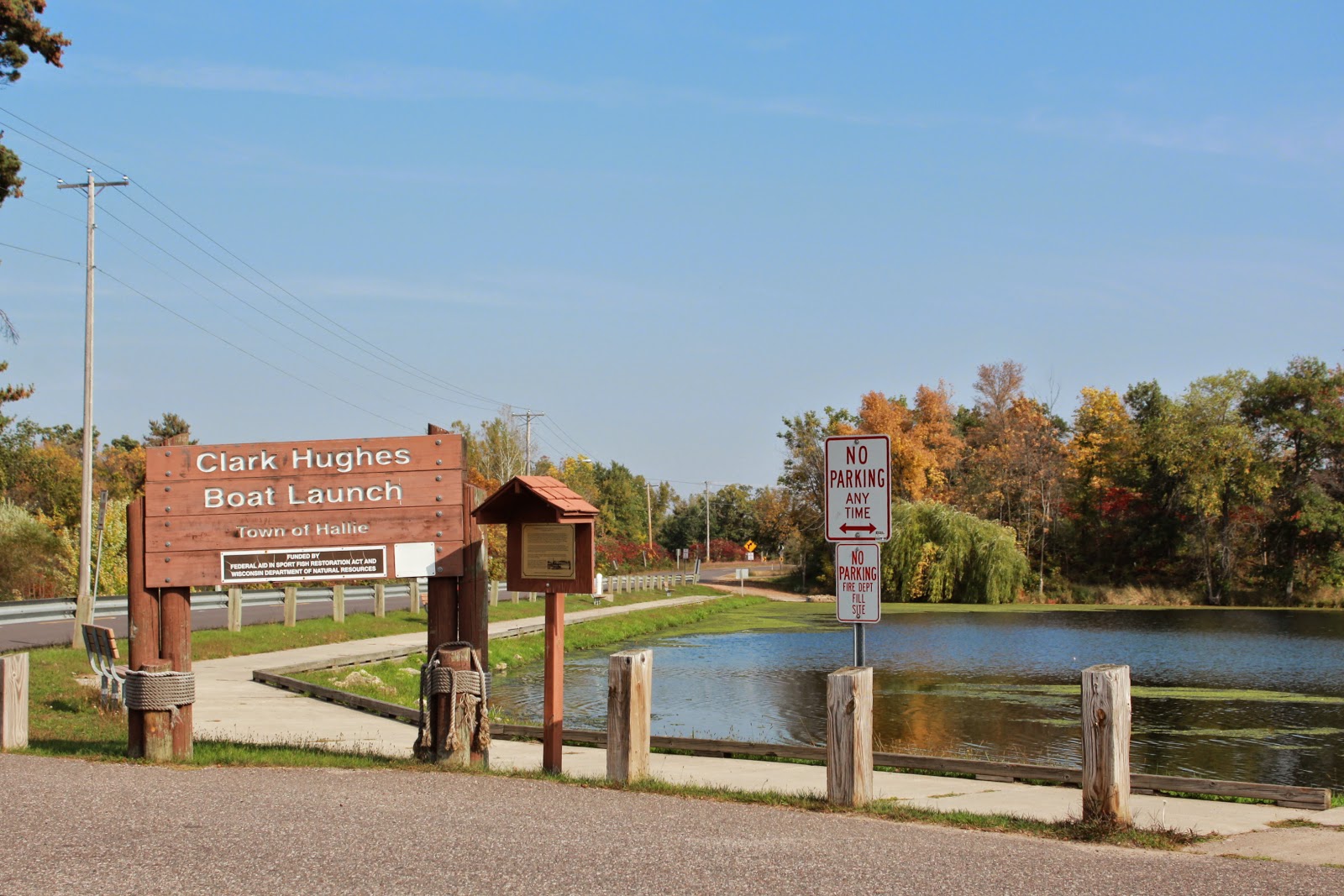 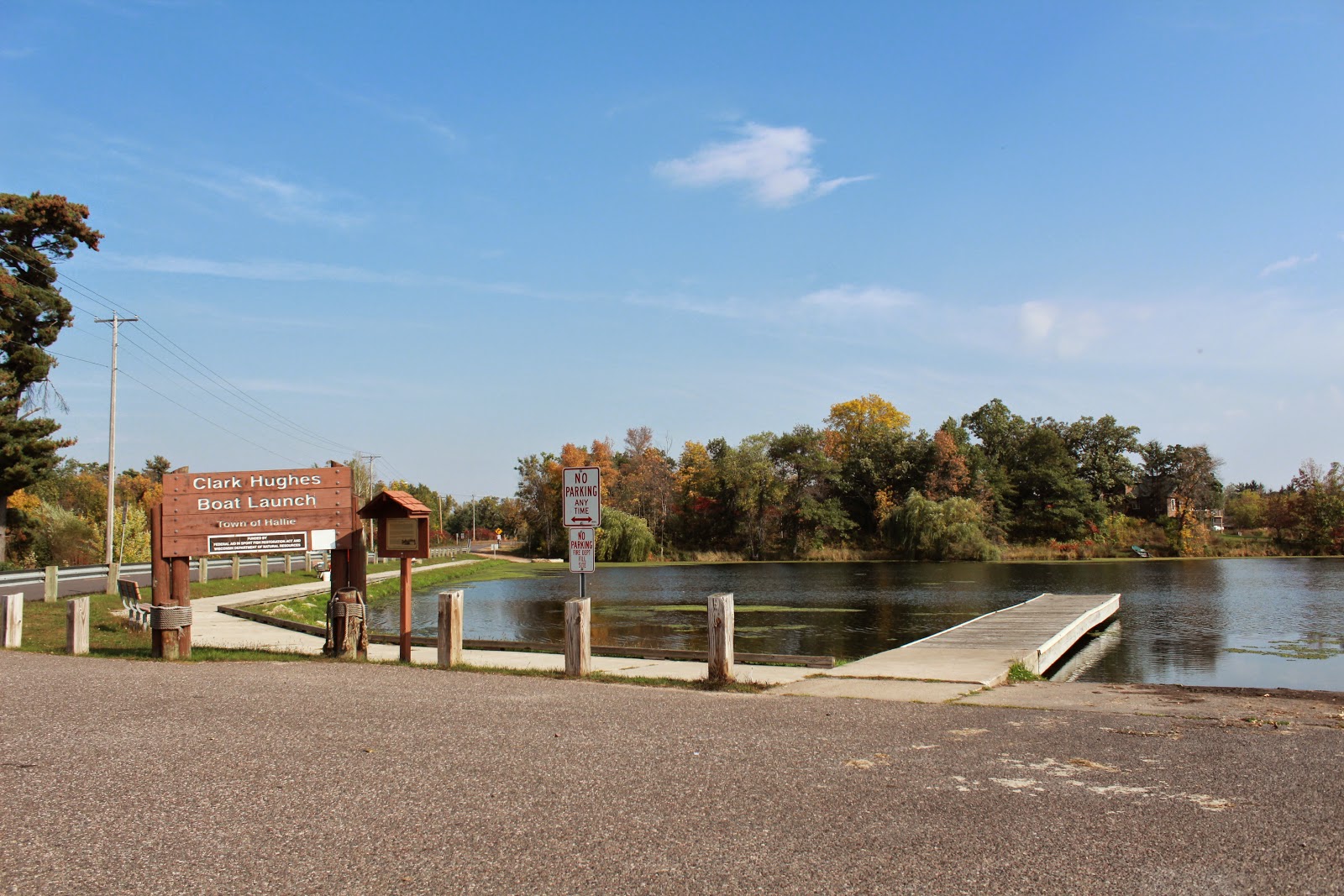 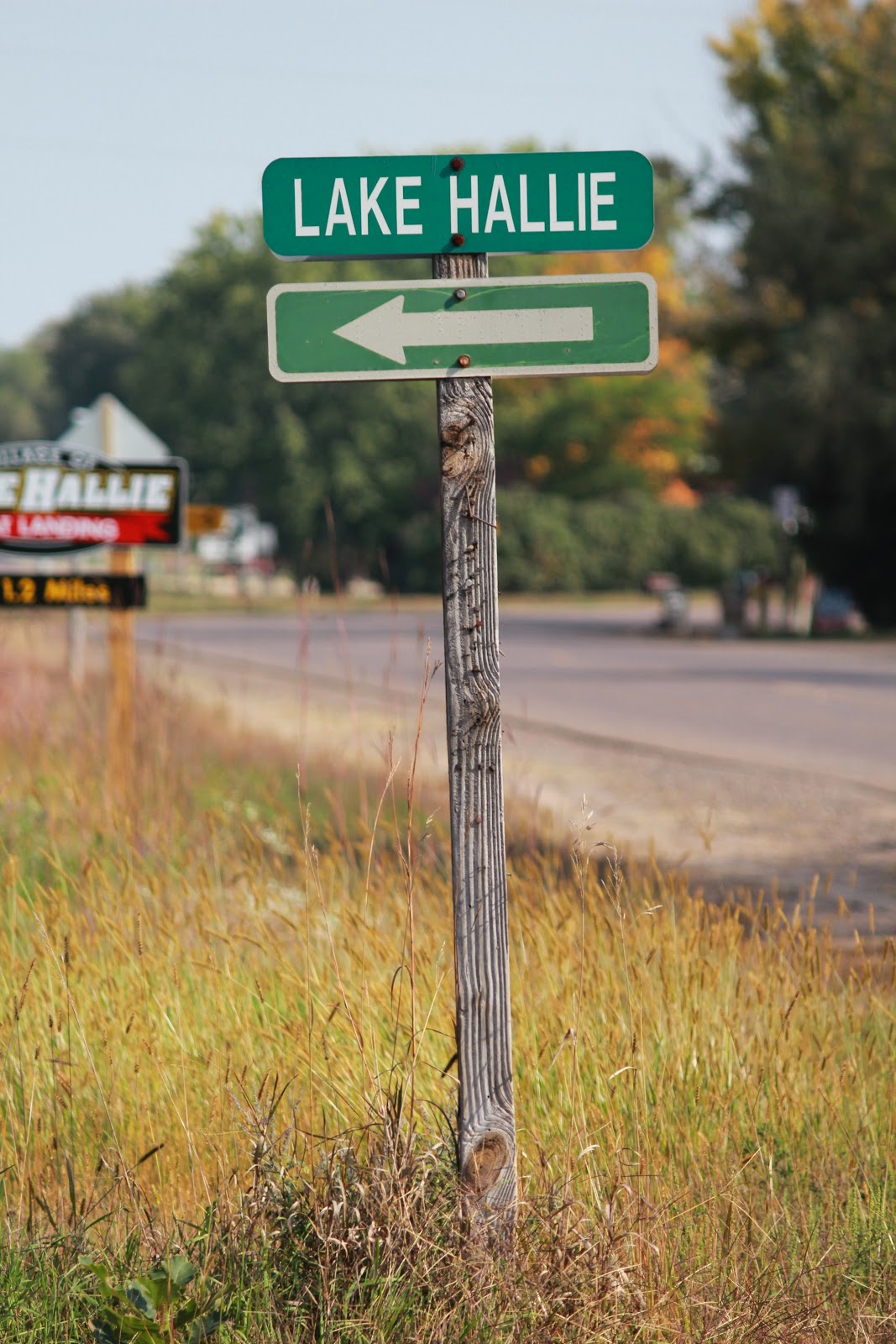