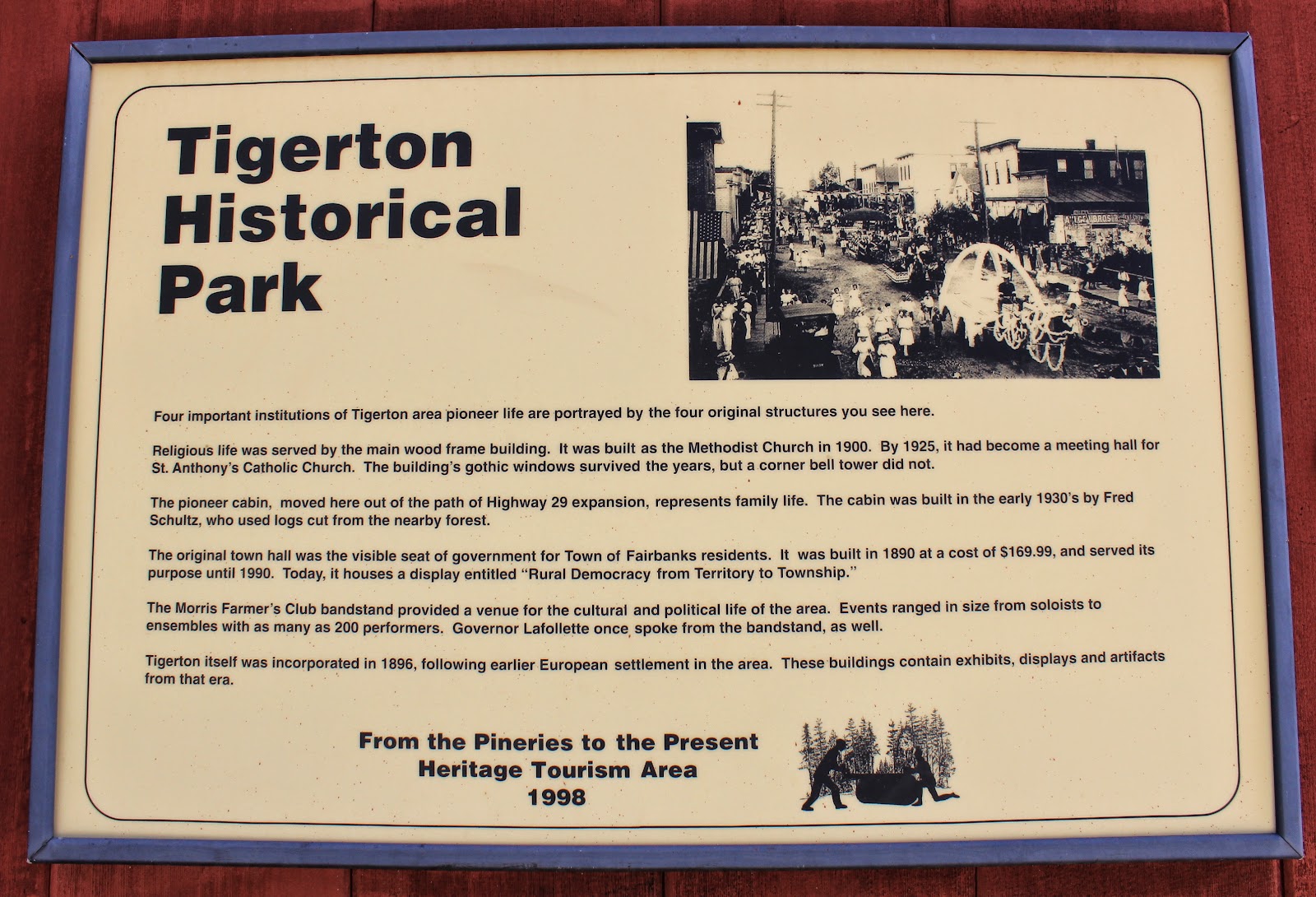 Religious life was served by the main wood frame building. It was built as the Methodist Church in 1900. By 1925, it had become a meeting hall for St. Anthony’s Catholic Church. The building’s gothic windows survived the years, but a corner bell tower id not.

The pioneer cabin, moved here out of the path of Highway 29 expansion, represents family life. The cabin was built in the early 1930’s by Fred Schultz, who used logs cut from the nearby forest.

The original town hall was the visible seat of government for Town of Fairbanks residents. It was built in 1890 at a cost of $169.99, and served its purpose until 1990. Today, it houses a display entitled “Rural Democracy from Territory to Township.”

The Morris Farmer’s Club bandstand provided a venue for the cultural and political life of the area. Events ranged in size from soloists to ensembles with as many as 200 performers. Governor Lafollette once spoke from the bandstand, as well.

Tigerton itself was incorporated in 1896, following earlier European settlement in the area. These buildings contain exhibits, displays and artifacts from that era.

From the Pineries to the Present
Heritage Tourism Area
1998

A Brief History of the Village of Tigerton 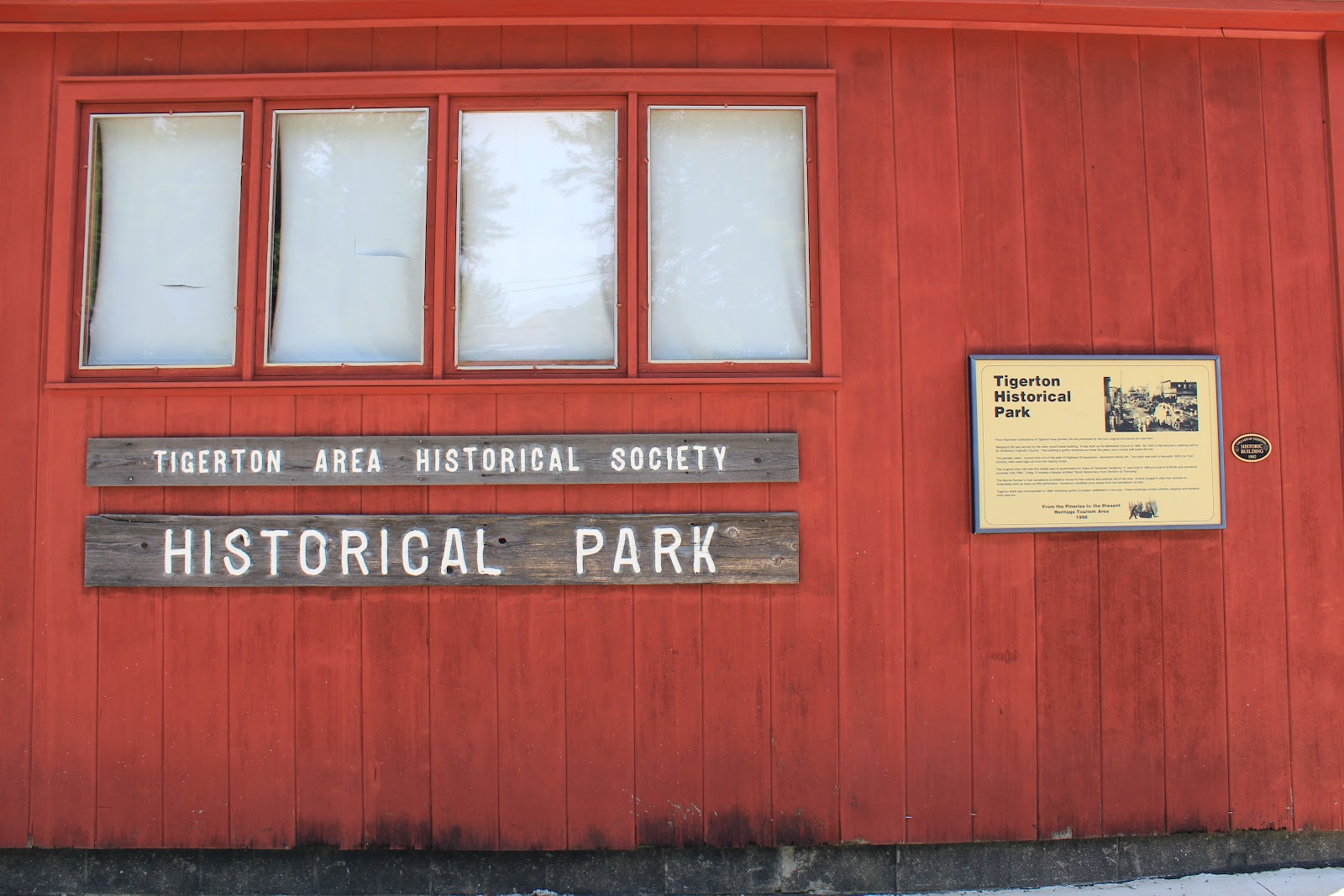 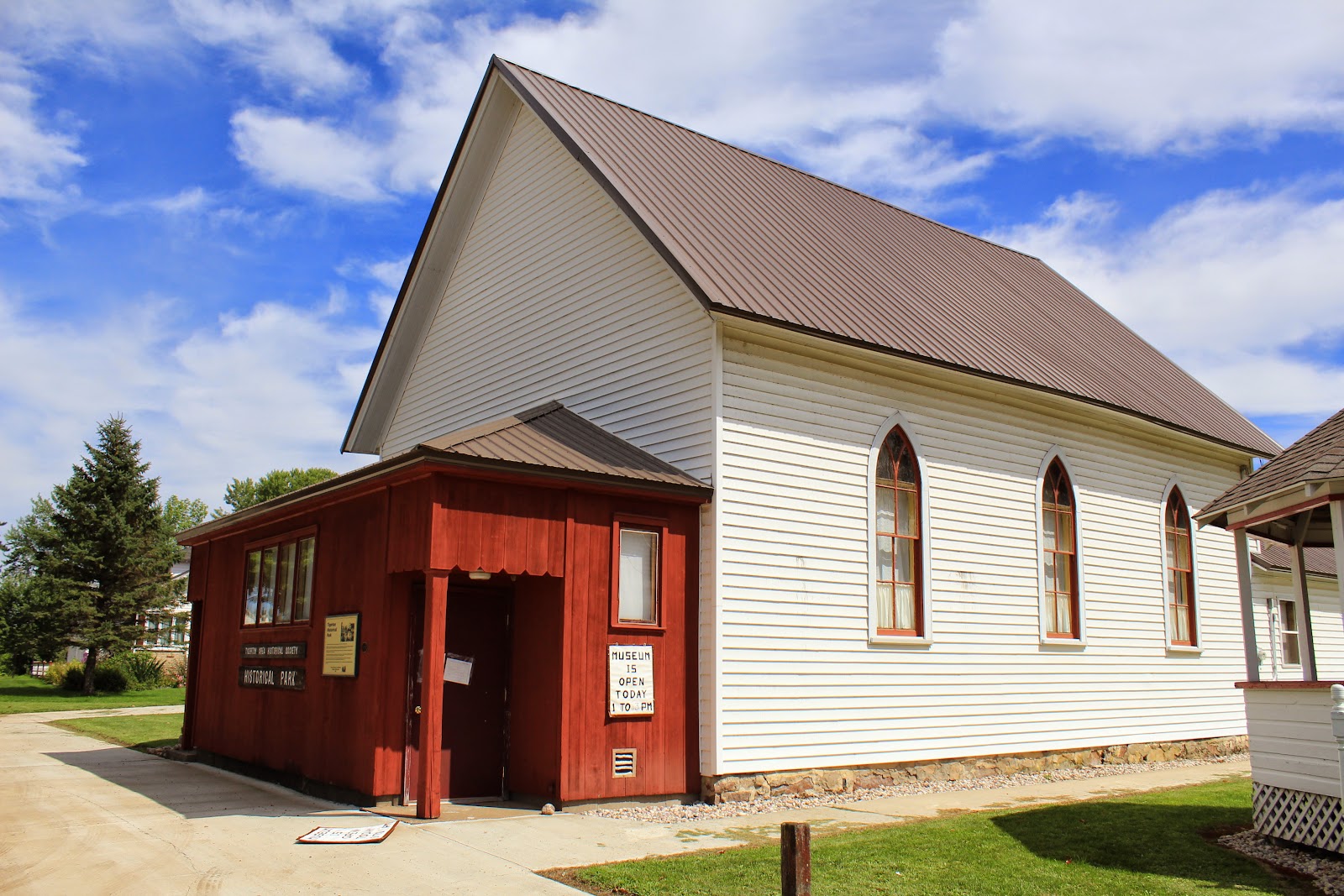 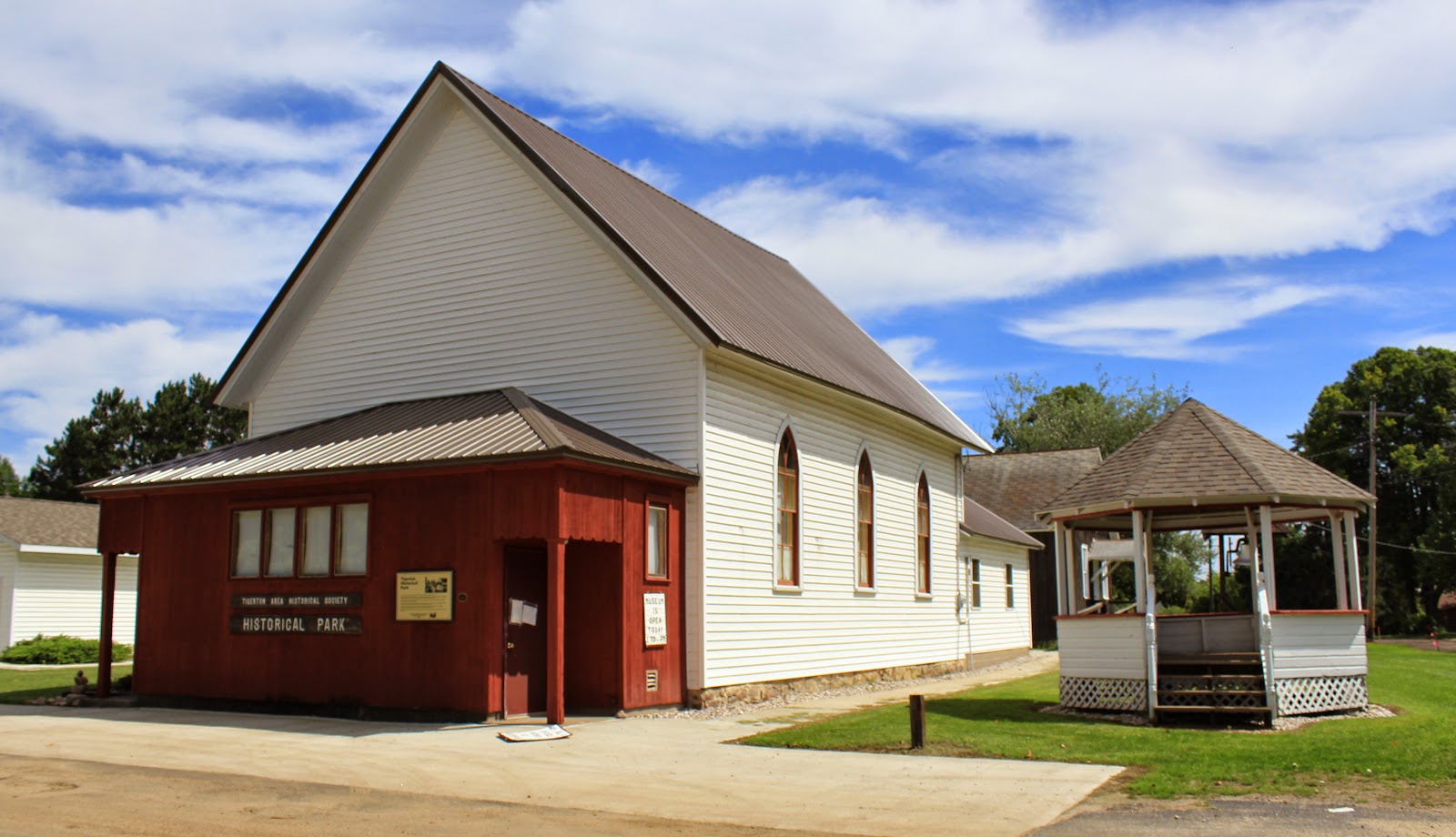 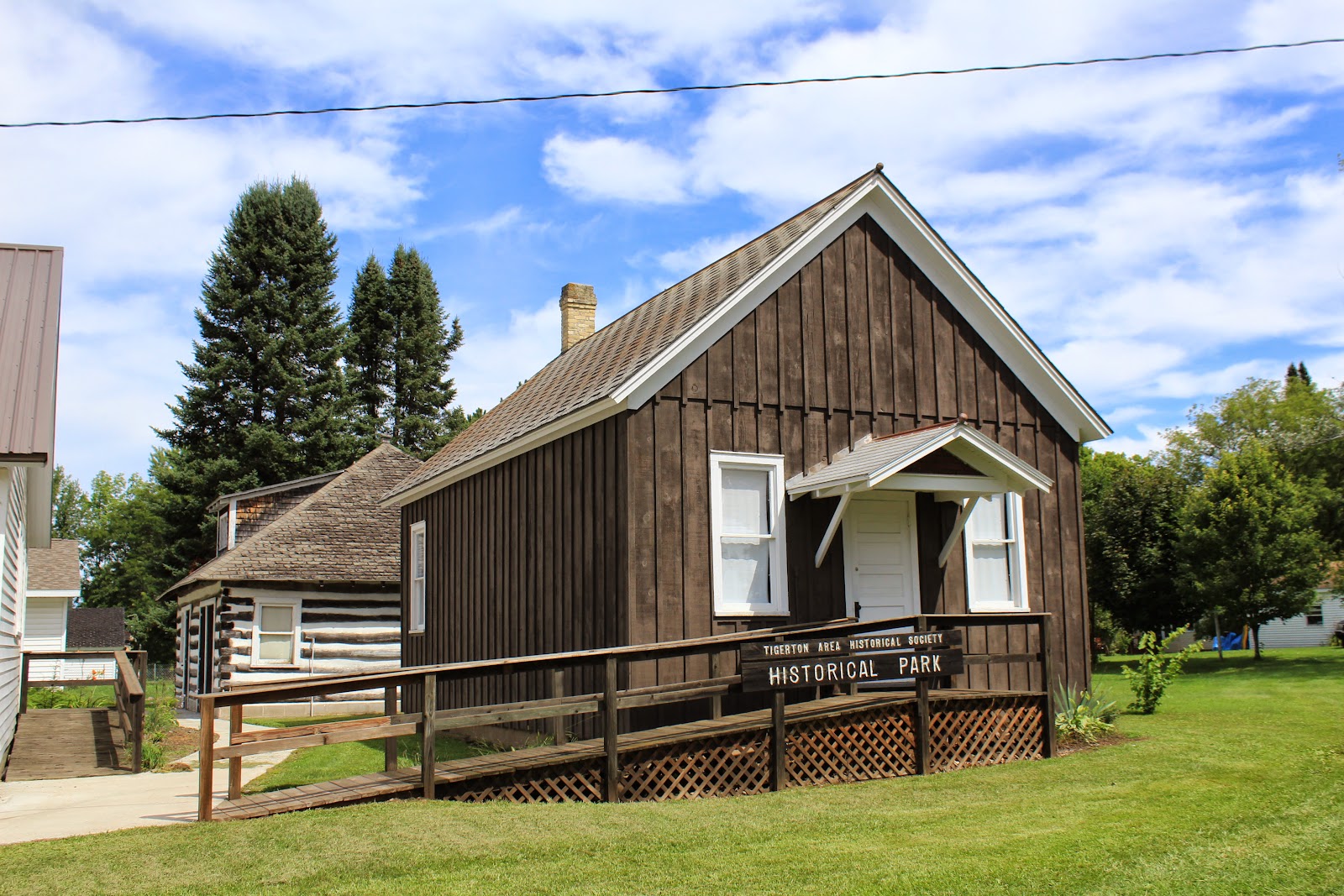 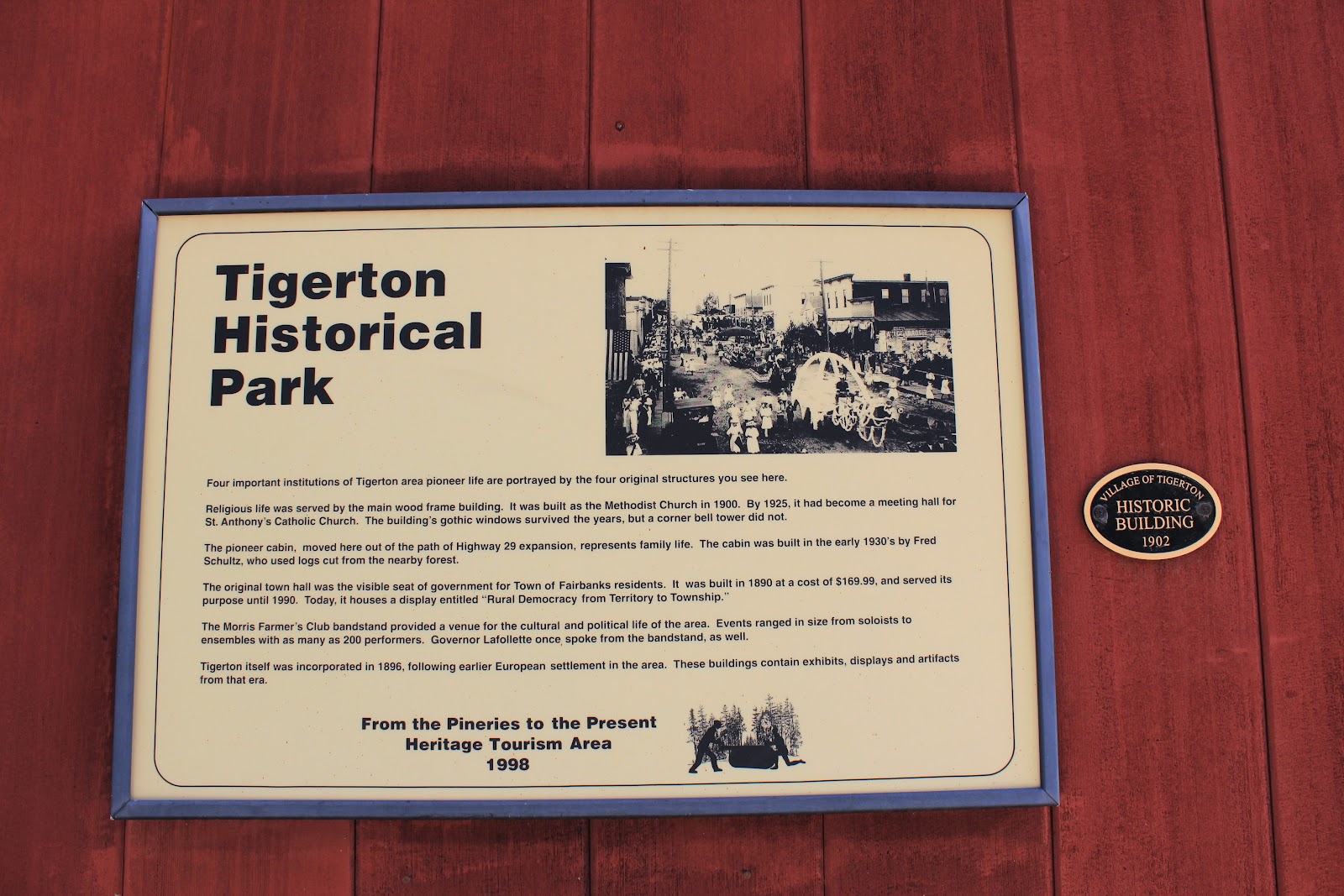 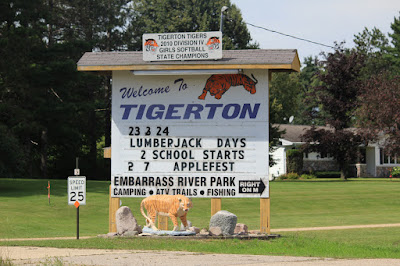 The marker is located in Tigerton, Wisconsin.