In Memory of Father Marquette 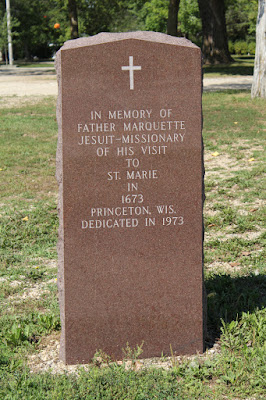 In Memory of
Father Marquette
Jesuit-Missionary
of his visit
to
St. Marie
in
1673
Princeton, Wix.
Dedicated in 1973

Searching for Marquette: A Pilgrimage in Art, by Ruth D. Nelson, MA
Through monuments and artwork, Ruth D. Nelson retells the story of the 17th-century French Jesuit missionary-explorer, Father Jacques Marquette, the celebrated surveyor of the Mississippi River. But his expedition down the Great River was only part of the Marquette legacy, which began on the southern shore of Lake Superior and ended on the eastern shore of Lake Michigan. Searching for Marquette follows his journey through today's cities and towns in Wisconsin, Illinois, Indiana, Michigan and Arkansas to uncover French relics, Native-American royalty, and hearty settlers in a drama of faith, the fur trade and the future of Americas heartland.

Use the "Father Jacques Marquette (1637-1675) in Wisconsin" label below to view all markers on this website related to Father Marquette; there are many. 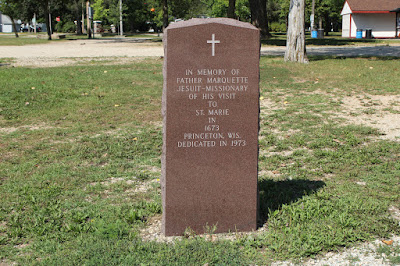 The marker stands alone in the middle of a field . . .

Pere Marquette 1869
by Wilhelm Lamprecht (German 1838-1906)
This image is in the public domain.
Click here for more information. 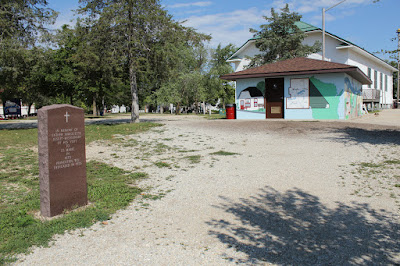 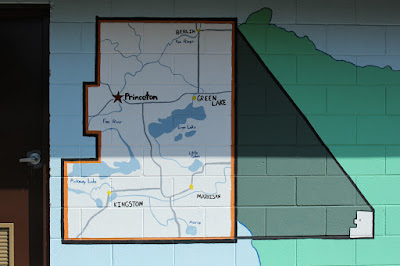 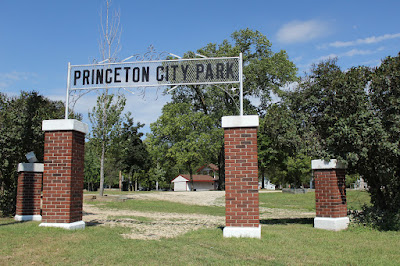 The marker is located at Princeton City Park,
about 100 feet to the right of this entrance. 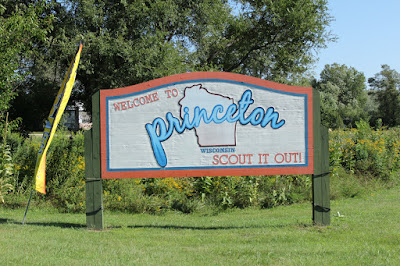 The marker is located in Princeton, Wisconsin.