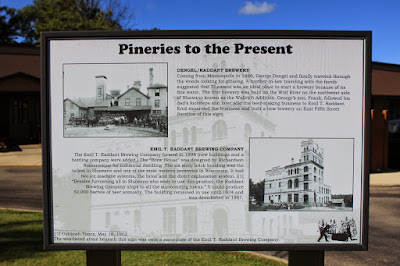 Coming from Minneapolis in 1866, George Dengel and family traveled through the woods looking for ginseng. A brother-in-law traveling with the family suggested that Shawano was an ideal place to start a brewery because of its fine water. The first brewery was built on the Wold River on the northwest side of Shawano known as the Wallrich Addition. George's son, Frank, followed his dad's footsteps and later sold the beer-making business to Emil T. Raddant. Emil expanded the business and built a new brewery on East Fifth Street (location of this sign.

The Emil T. Raddant Brewing Company formed in 1898 (new buildings and a bottling company were added.) [sic] The "Brew House" was designed by Richardson Romanesque for industrial distilling. The six story brick building was the tallest in Shawano and one of the most modern breweries in Wisconsin. It had two ice machine systems, the brine and the direct explanation system. i[1] "Besides furnishing all in Shawano who wish to use this product, the Raddant Brewing Company ships to all the surrounding towns." It could produce 50,000 barrels of beer annually. The building remained in use until 1934 and was demolished in 1967.

i[1] Oshkosh Times, May 18, 1902
The weathered stone beneath this sign was once a nameplate of the Emil T. Raddant Brewing Company.

The marker is located at the former location of Raddant Brewing Company, and is accessible from westbound East 5th Street, west of its intersection with North Lincoln Street, at or near 325 East 5th Street, Shawano, Wisconsin 54166. 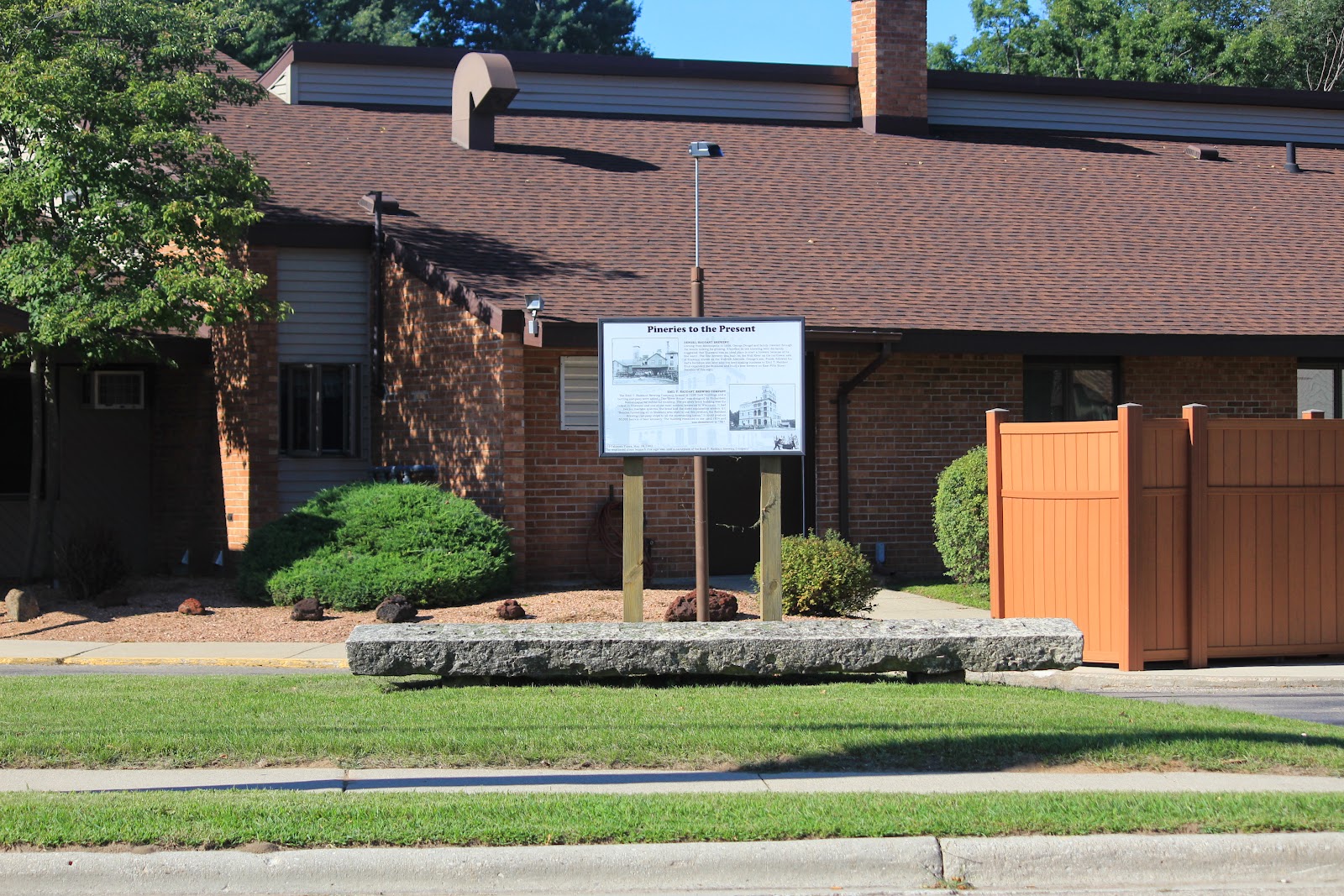 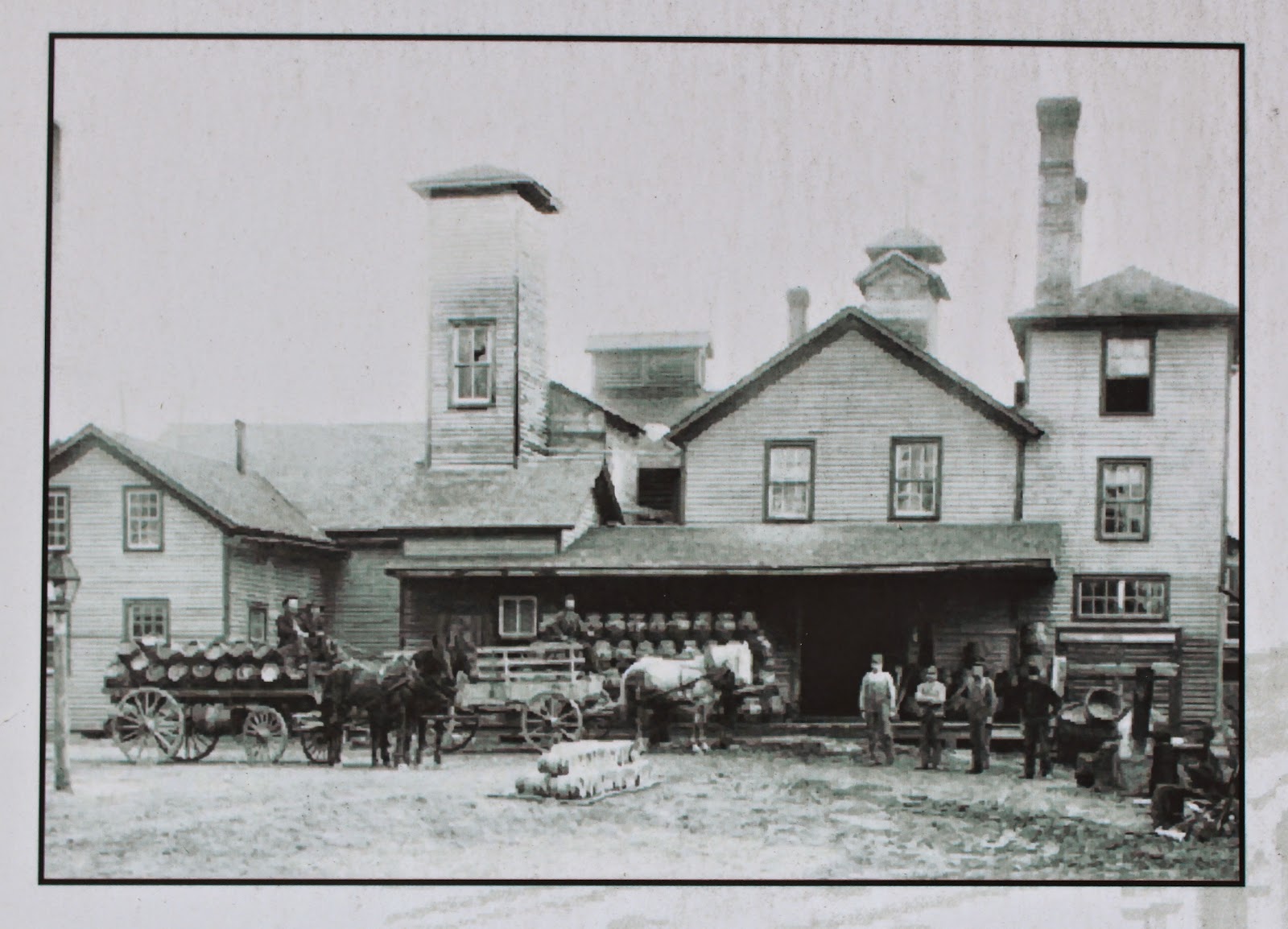 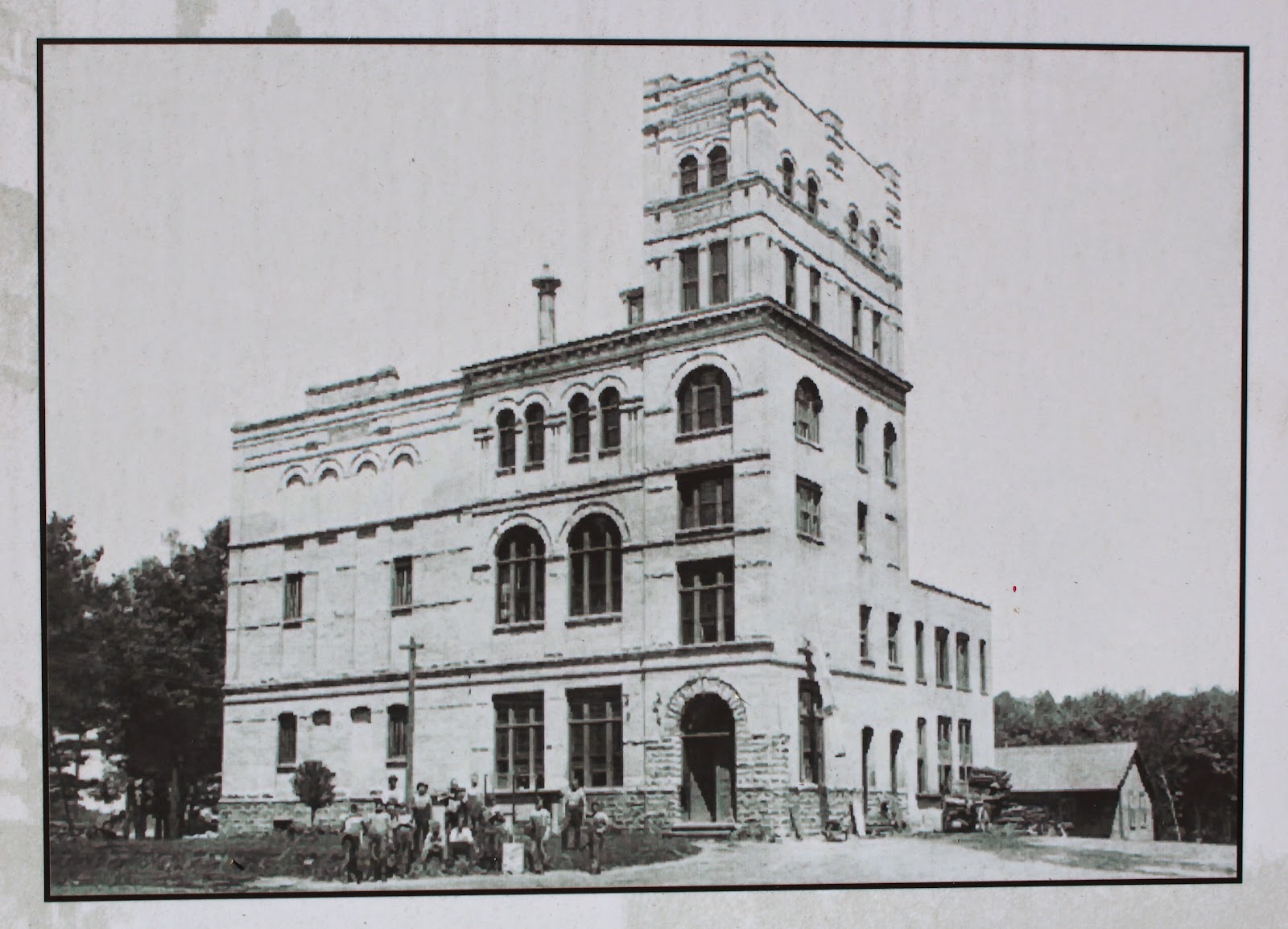 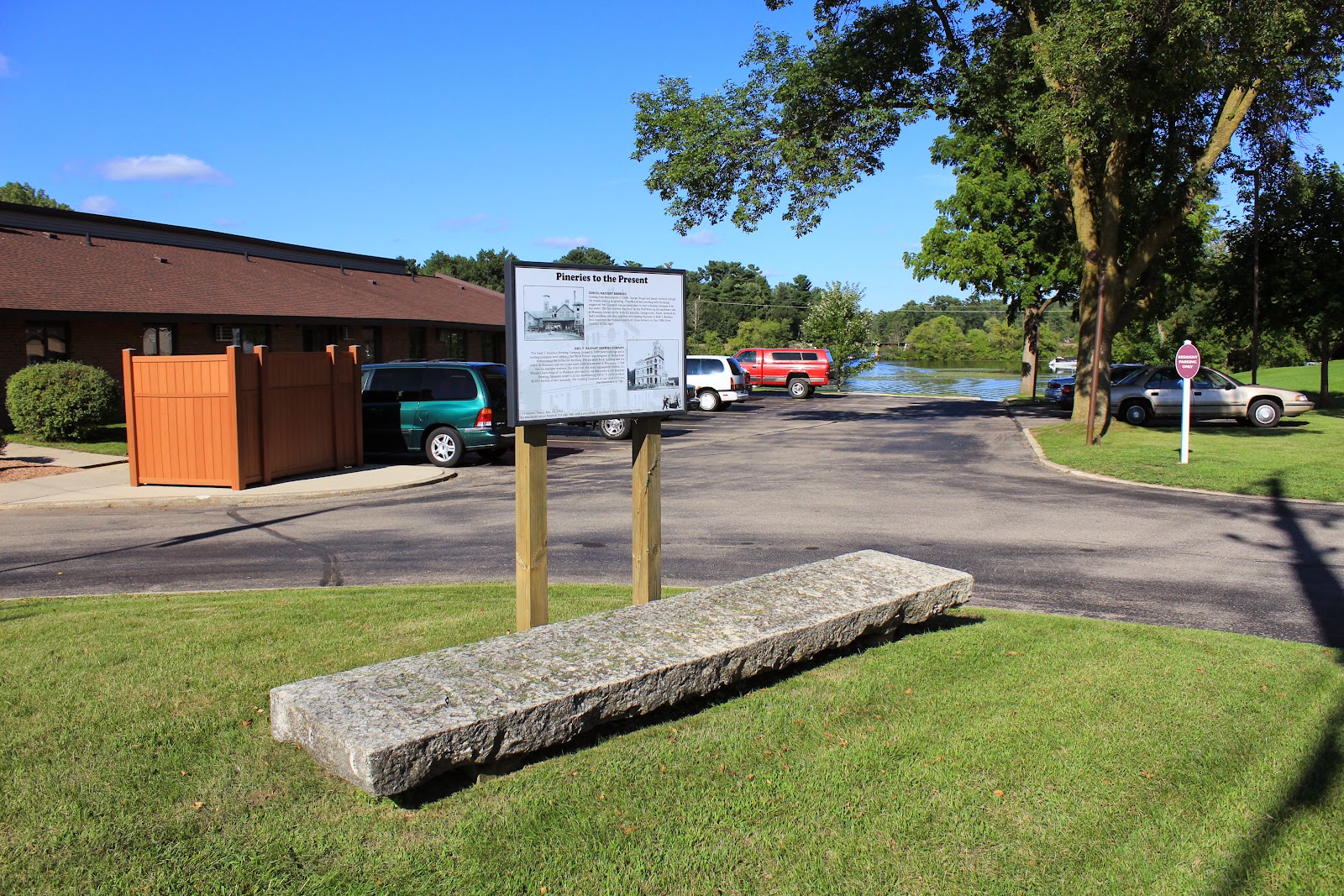 The marker with the referenced former nameplate of the
Emil T. Raddant Brewing Company. 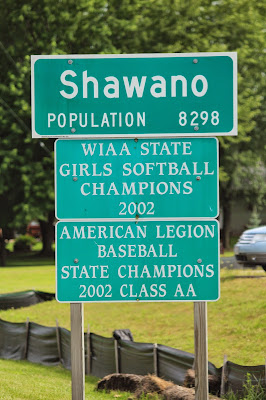 The marker is located in Shawano, Wisconsin.