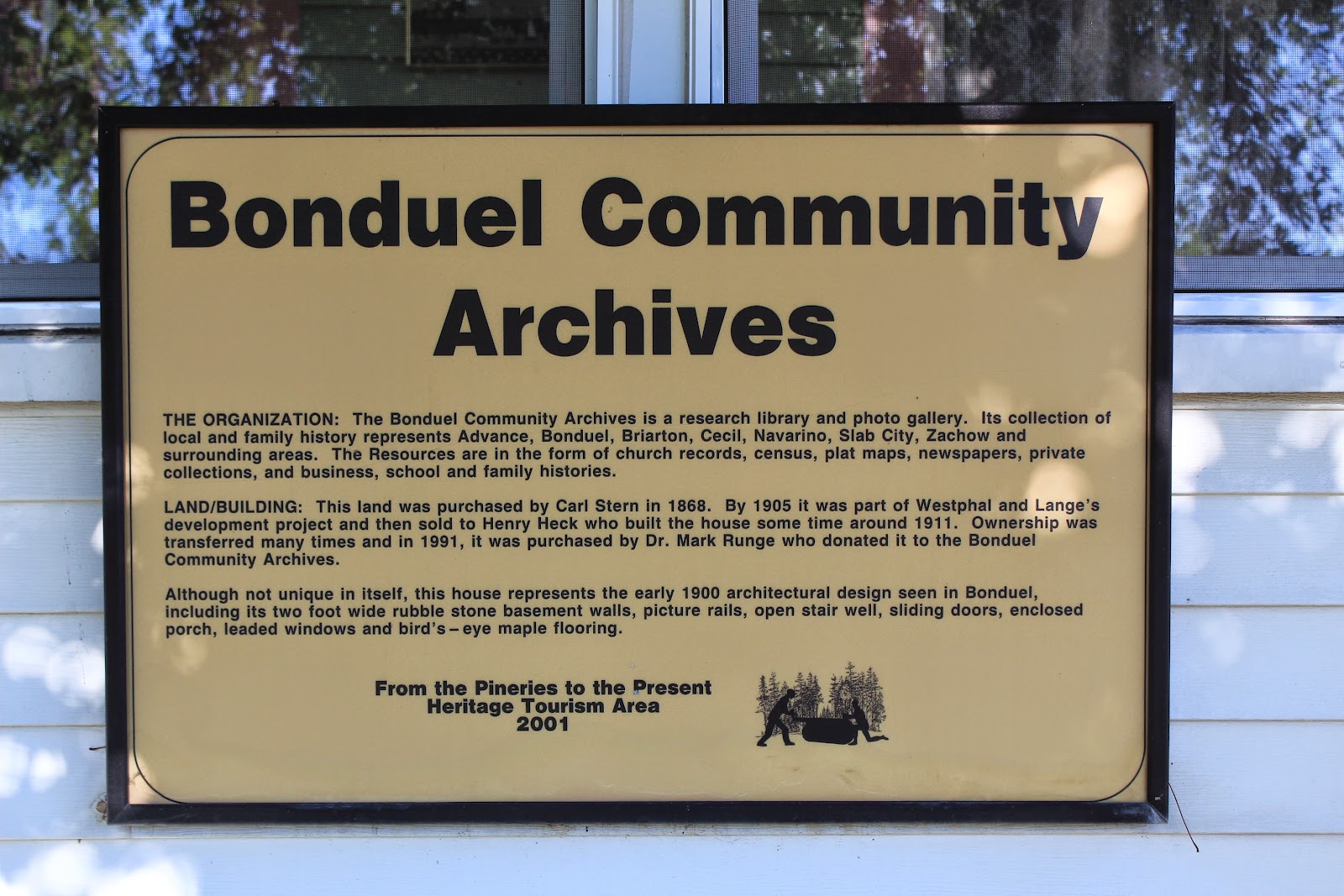 LAND/BUILDING: This land was purchased by Carl Stern in 1868. By 1905 it was part of Westphal and Lange's development project and then sold to Henry Heck who built the house some time [sic] around 1911. Ownership was transferred many times and [sic] in 1991, it was purchased by Dr. Mark Runge who donated it to the Bouduel Community Archives. 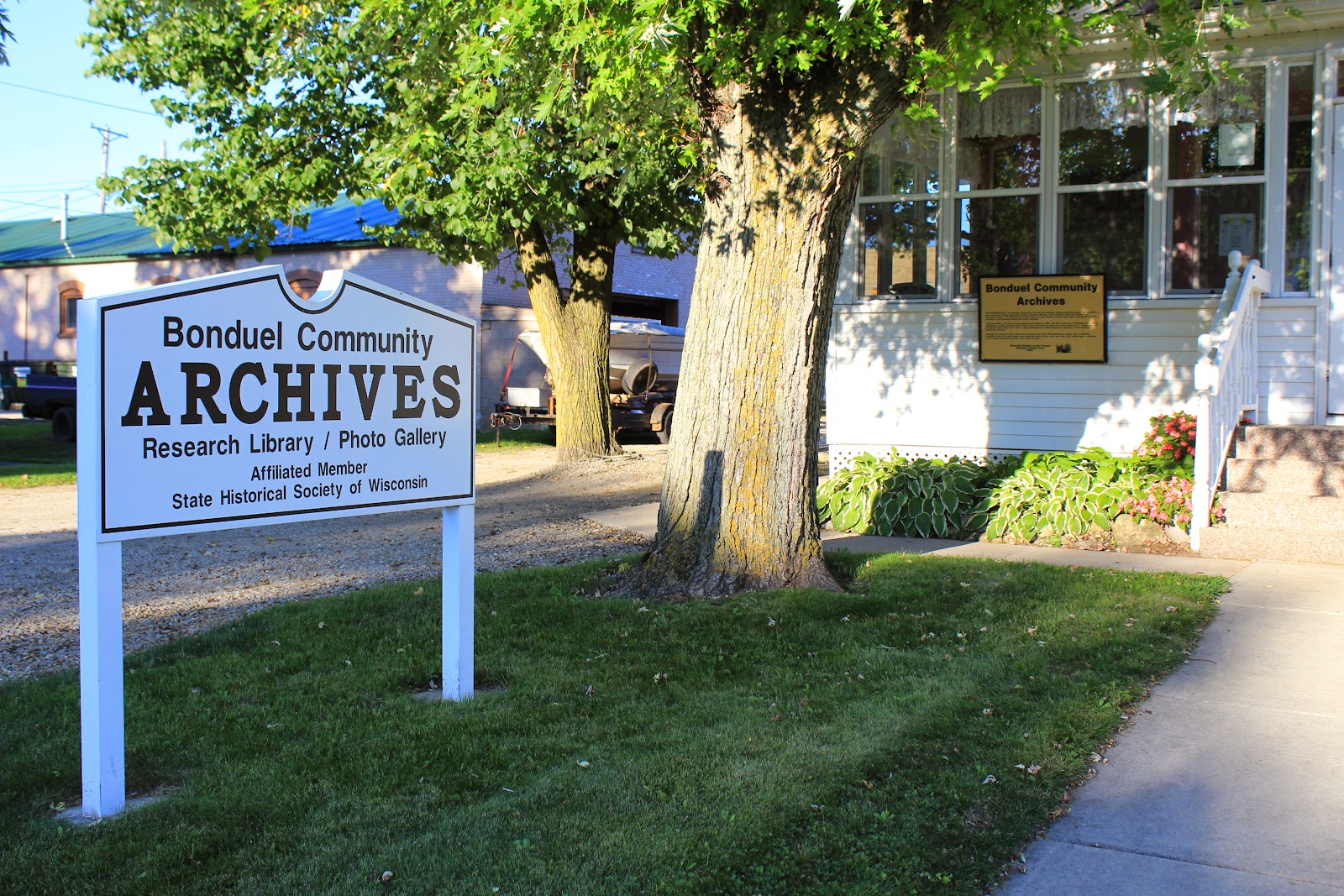 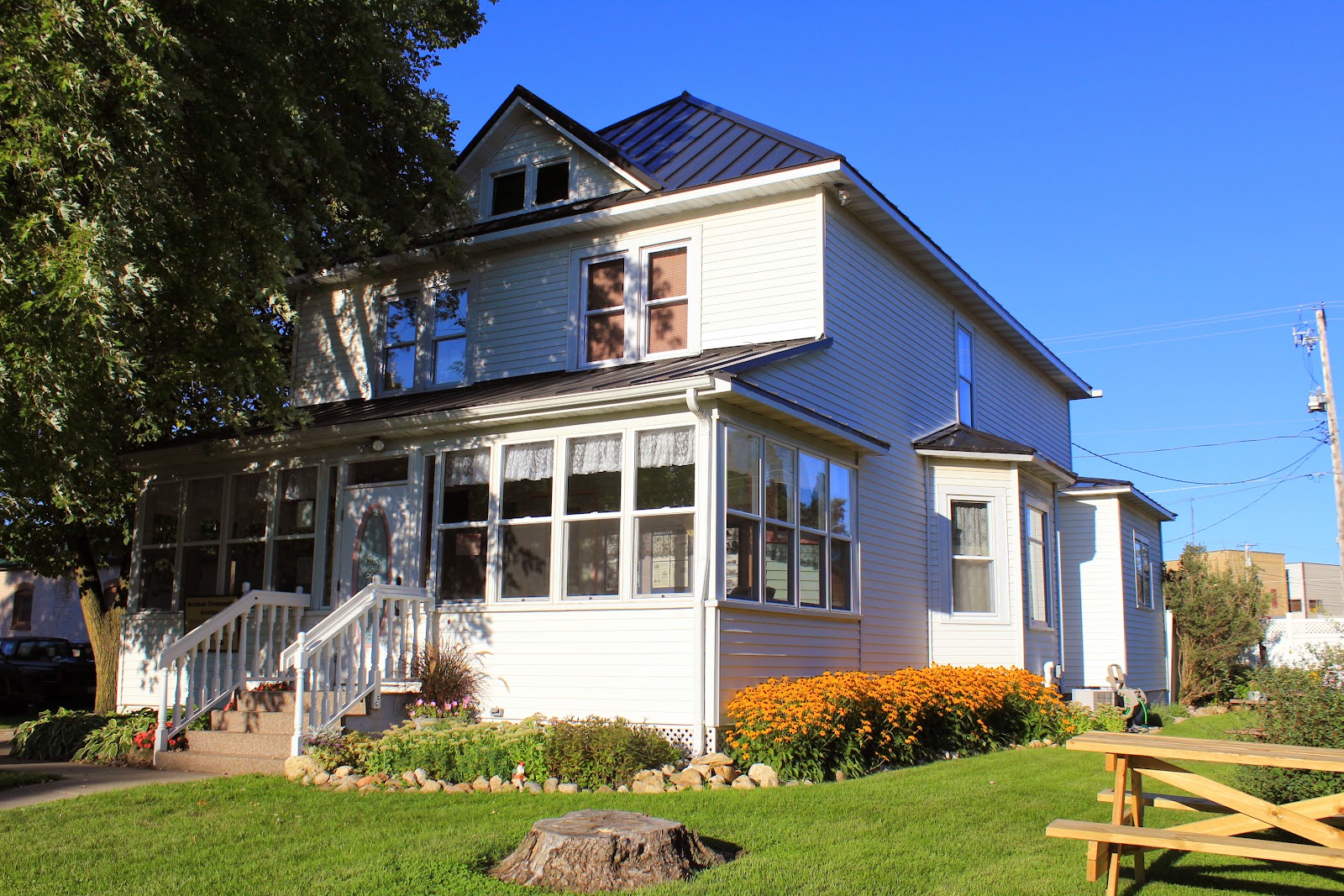 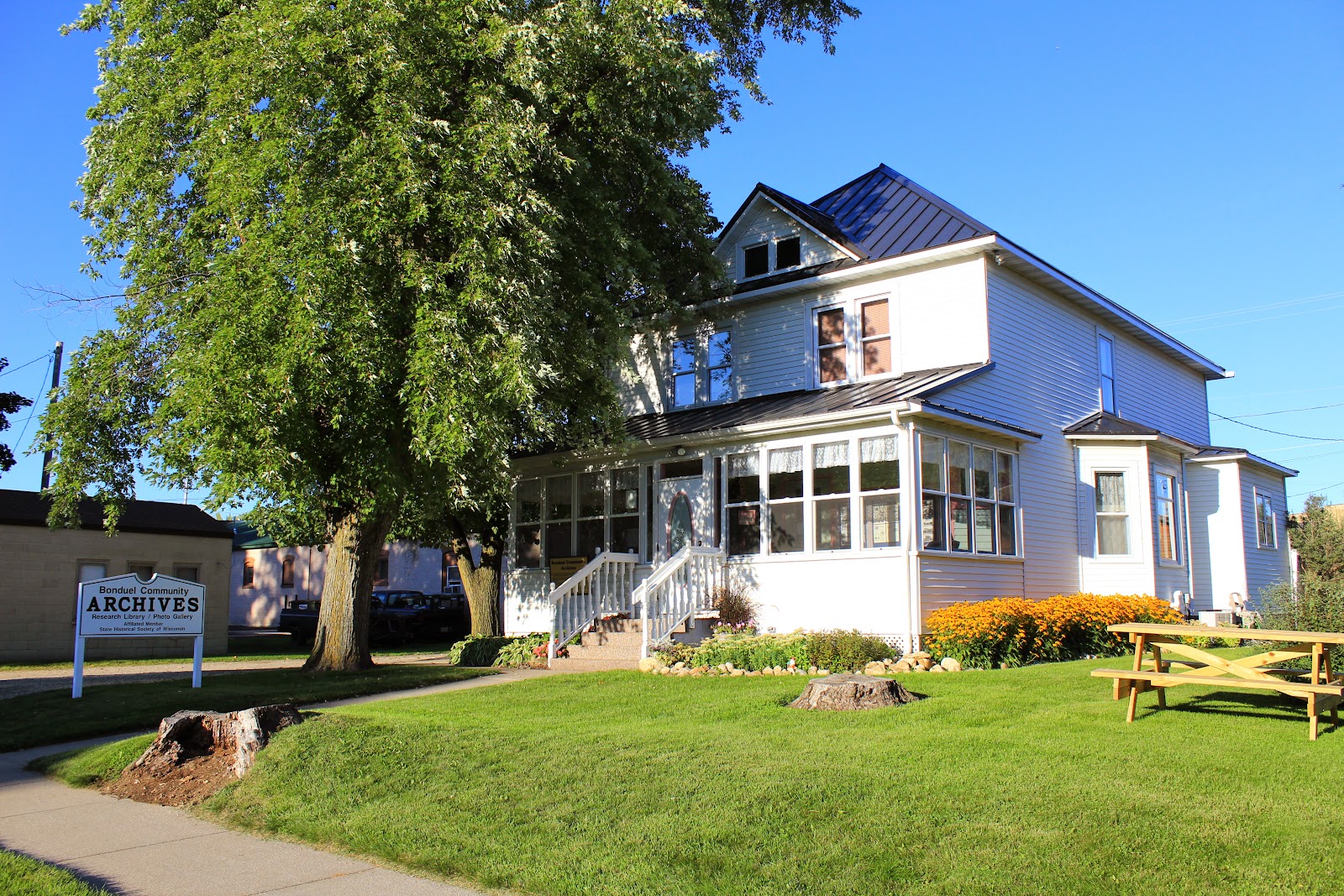 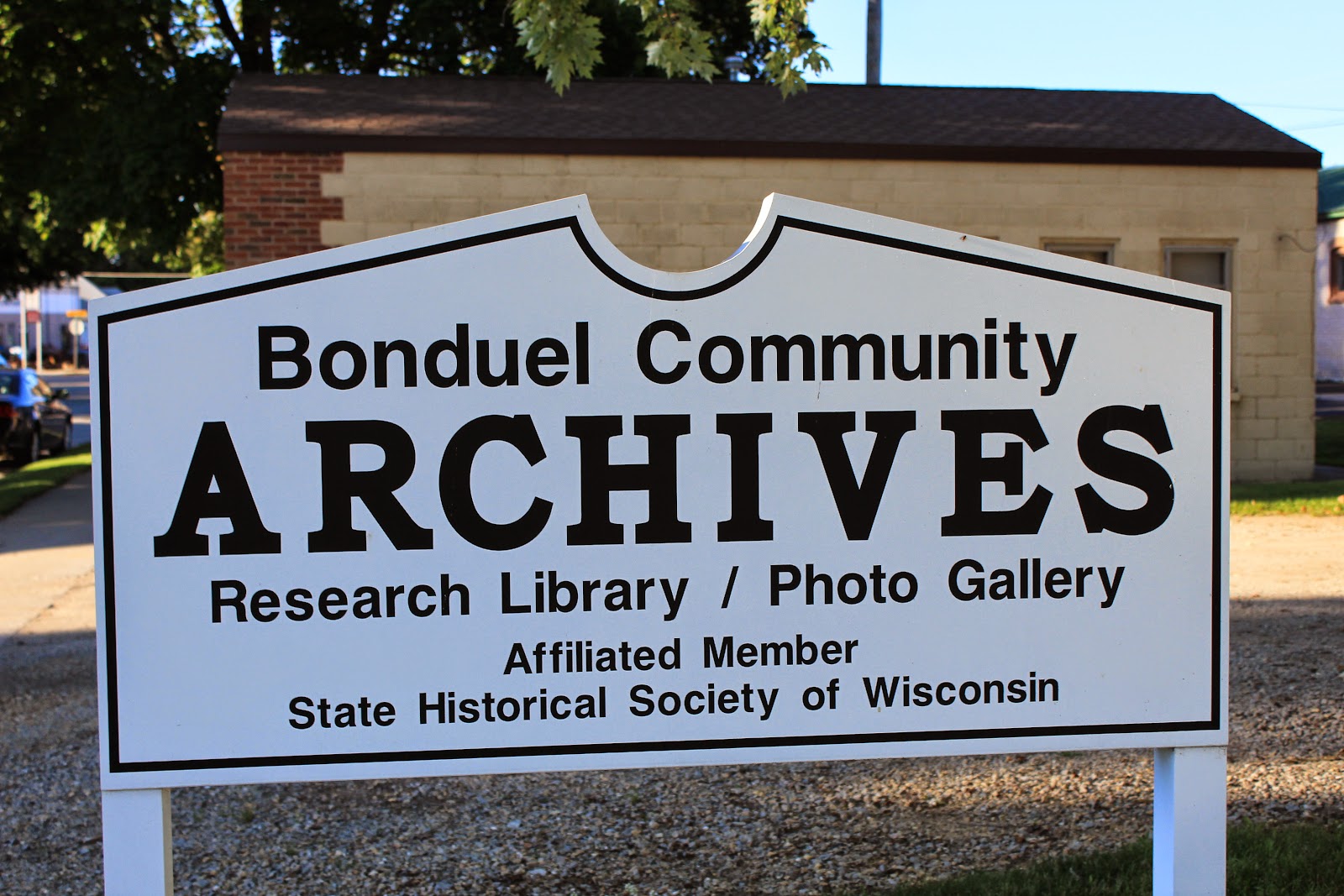 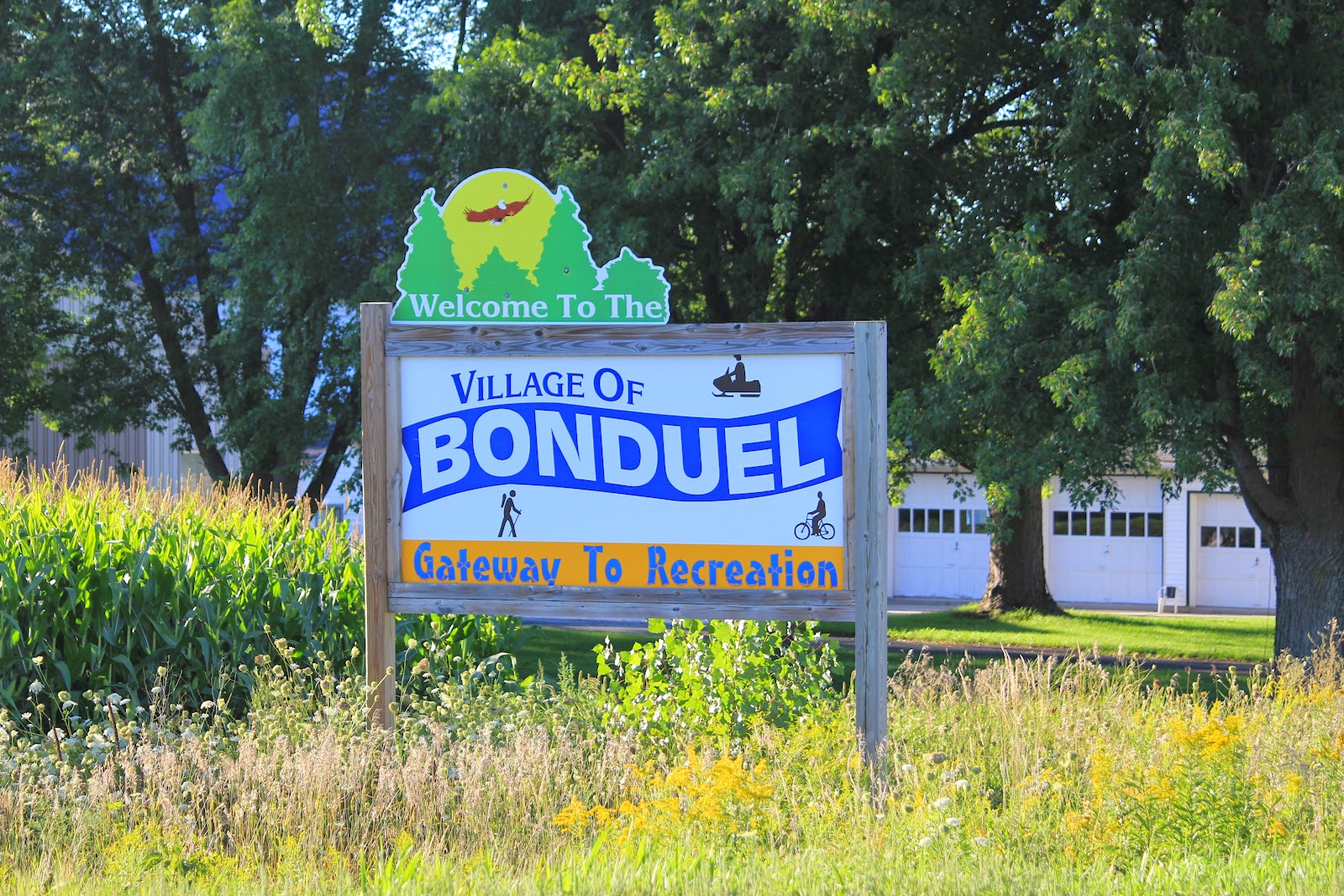 The marker is located on Bonduel, Wisconsin.