About one-quarter mile offshore from this point lies the wreck of the steam barge Frances Hinton. The Francis Hinton was built in Manitowoc in 1889 for the Lake Michigan lumber trade. She was the last ship built by the Danish immigrants Jasper Hansen & Hans Scove.

On the morning of Nov. 16, 1909, the Frances Hinton was carrying a full load of Norway pine from Manistique, Mich., to Chicago. Working her way through the heavy seas of a gale, she began taking on water. Captain John Campbell turned toward Two Rivers Harbor, but the rising water extinguished the fire in the steam boiler. The captain ordered the anchor dropped and signaled for help. The heavy seas, however, prevented help from reaching the Hinton. With his ship in danger of sinking, Captain Campbell ordered the anchor chain released, hoping the vessel would drift to safety.

The wind blew the vessel aground, but the pounding surf began breaking up her hull. Captain Campbell and his eleven-man crew took to a small boat and skillfully maneuvered through the breakers, while hundreds of people watched from shore.

Today, the Frances Hinton rests in 15 feet of water, with her boiler rising 10 feet above the lakebed. She is marked seasonally by a Wisconsin Historical Society mooring buoy.

The marker is located along northbound Memorial Drive / Wisconsin Highway 42, just north of its intersection with Johnson Drive, Manitowoc, Wisconsin 54220.

NOTE: This is not a highway turnout; however, there is plenty of street parking on Highway 42, providing easy access to the marker. 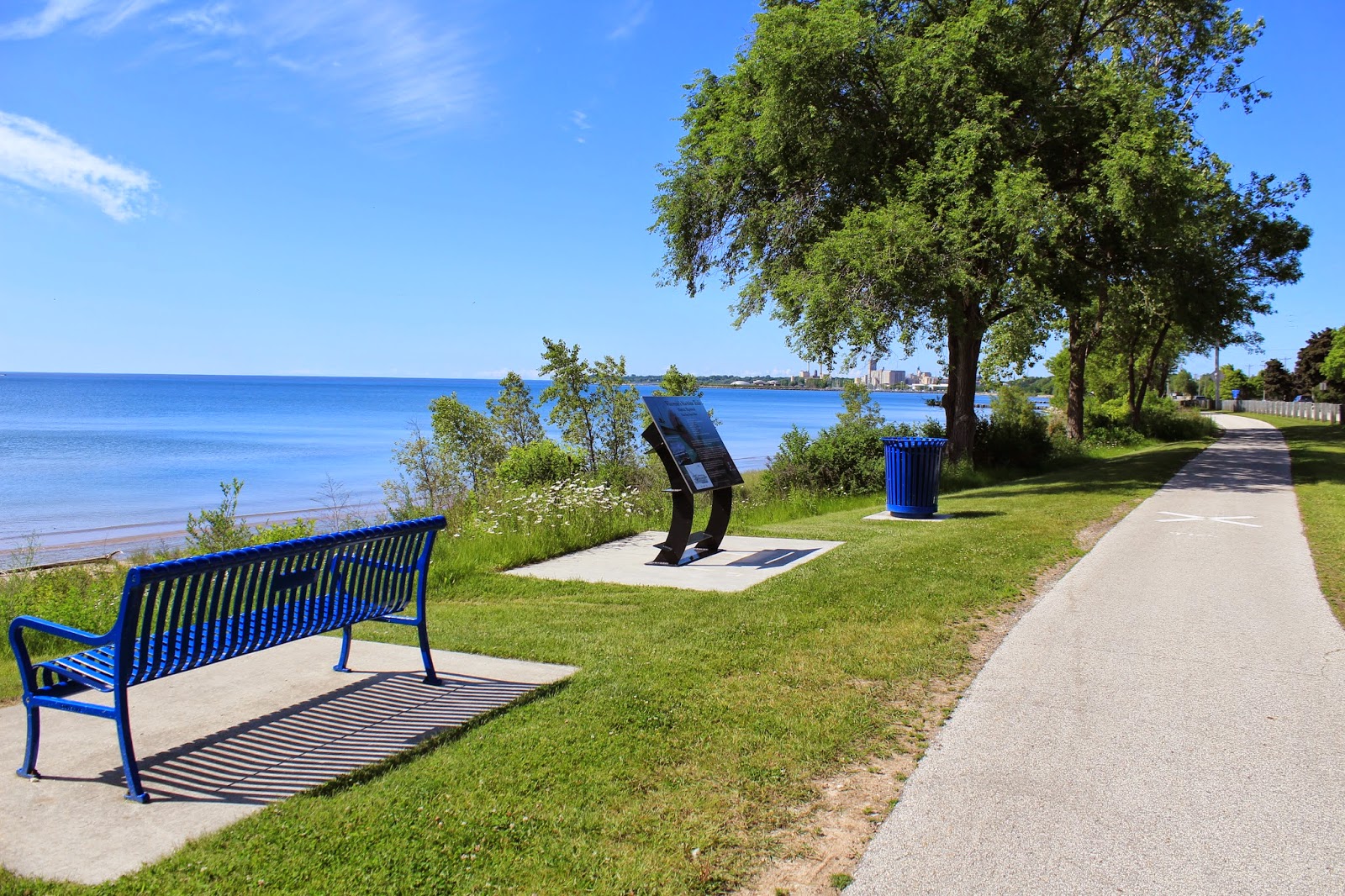 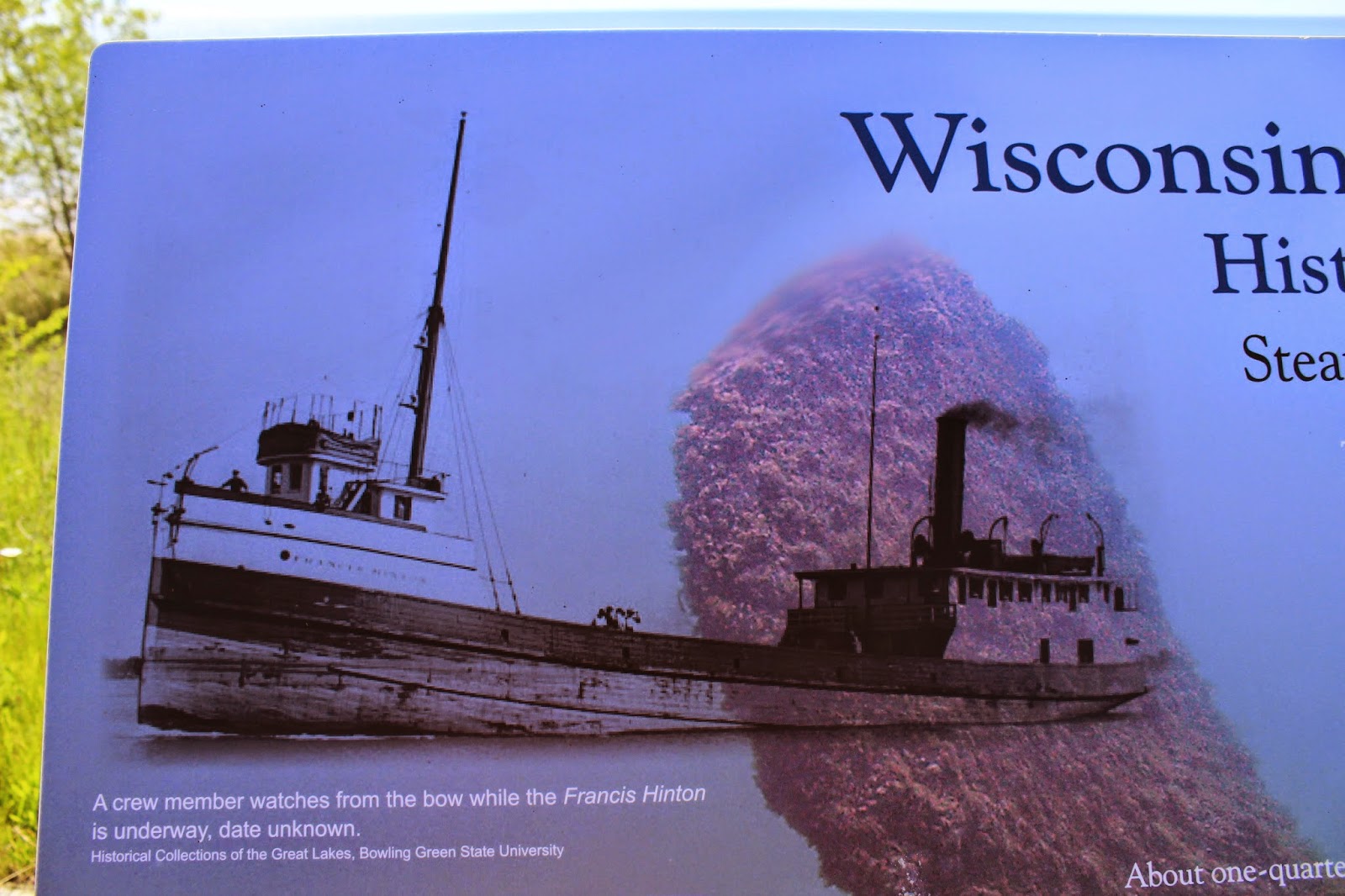 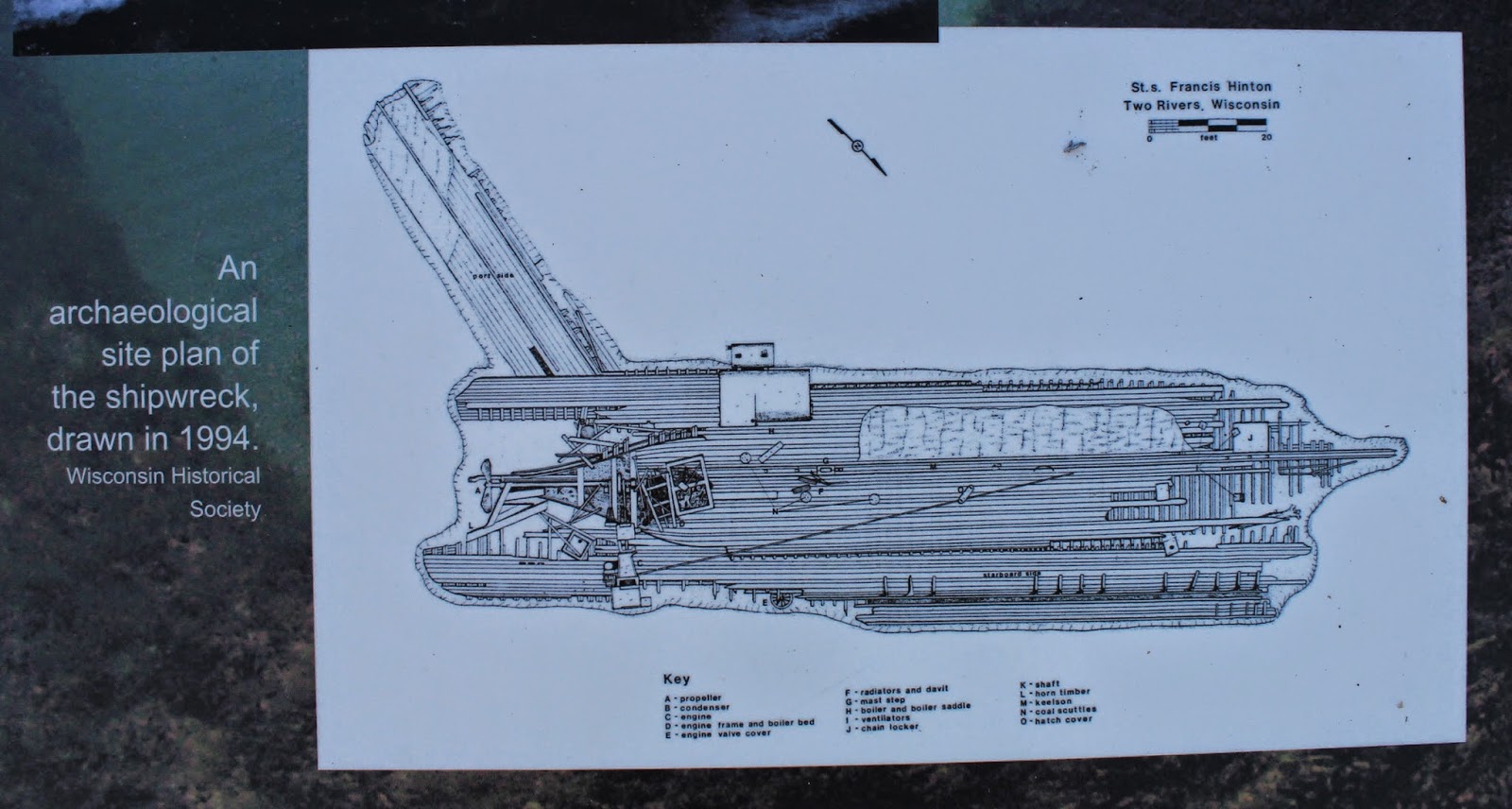 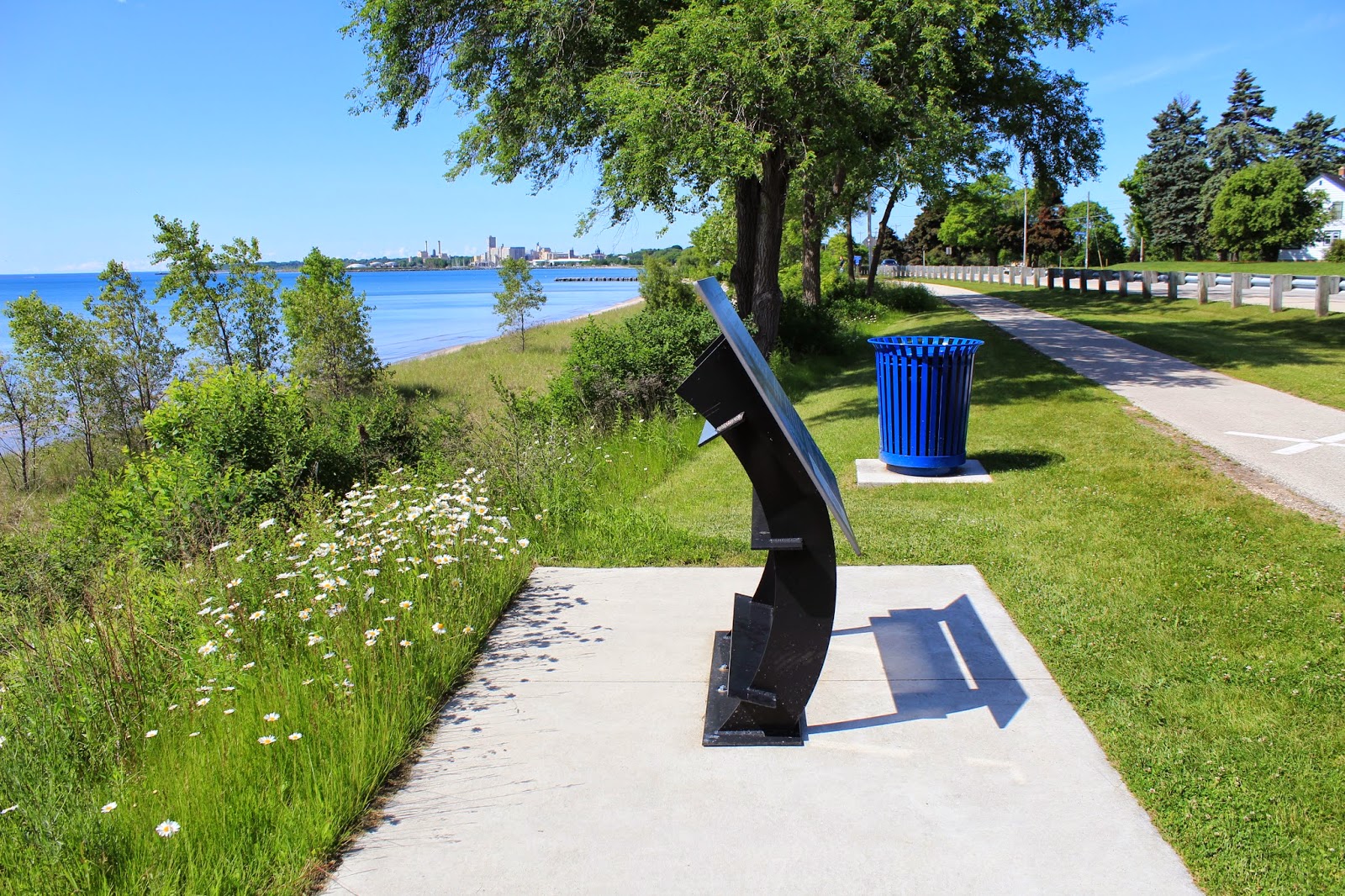 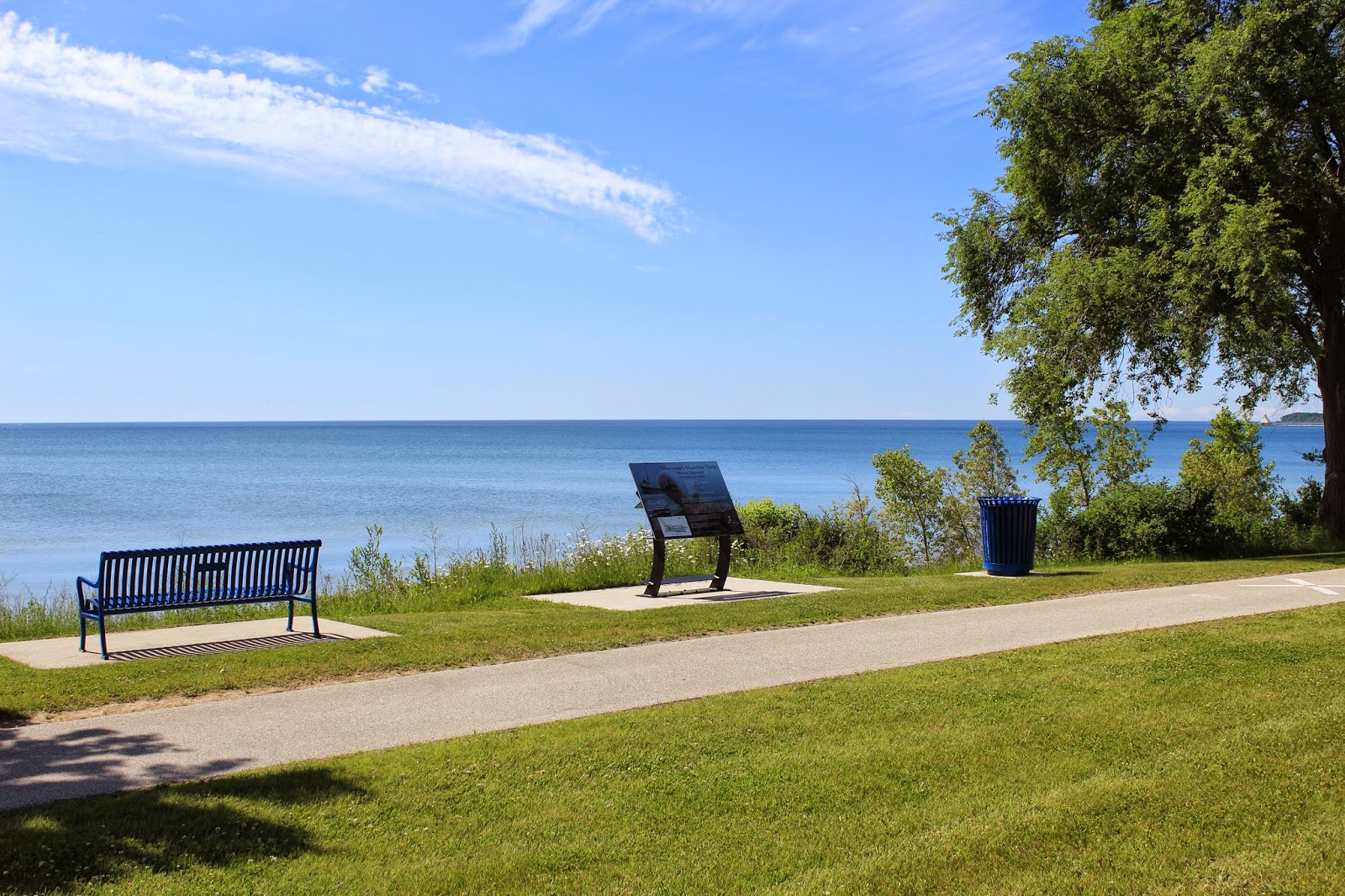 The marker is alongside a bike / walking path with a spectacular view of Lake Michigan.