St. Mary of the Snow Parochial School & Convent / Birthplace of the Norbertine Fathers 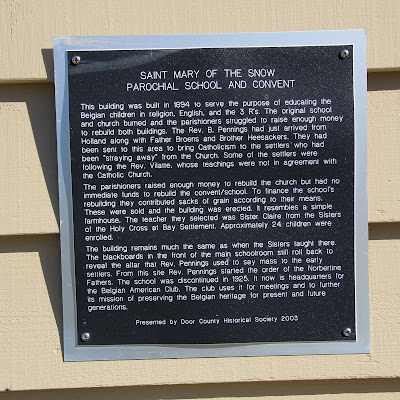 SAINT MARY OF THE SNOW
PAROCHIAL SCHOOL AND CONVENT

This building was built in 1894 to serve the purpose of educating the  Belgian children in religion, English, and the 3 R's. The original school and church burned and the parishioners struggled to raise enough money to rebuild both buildings. The Rev. B. Pennings had just arrived from Holland along with Father Broens and Brother Heesakers. They had been sent to this area to bring Catholicism to the settlers who had been "straying away" from the Church. Some of the settlers were following the Rev. Vilatte, whose teachings were not in agreement with the Catholic Church.

The parishioners raised enough money to rebuild the church but had no immediate funds to rebuild the convent/school. To finance the school's rebuilding the contributed sacks of grain according to their means. These were sold and the building was erected. It resembles a simple farmhouse. The teacher they selected was Sister Claire from the Sisters of the Holy Cross at Bay Settlement. Approximately 24 children enrolled.

The building remains much the same as when the Sisters taught here. The blackboards in the front of the main schoolroom still roll back to reveal the altar that Rev. Pennings used to say mass to the early settlers. From this site Rev. Pennings started the order of the Norbertine Fathers. The school was discontinued in 1925. It now is headquarters for the Belgian American Club. The club uses it for meetings and to further its mission of preserving the Belgian heritage for present and future generations.

St. Mary of the Snow Parochial School & Convent / Birthplace of the Norbertine Fathers is located on the grounds of the Namur Belgian Heritage Foundation Center (the former Our Lady of  Snows Church and Cemetery) on westbound County Road DK, between Pit Road (to the east) and County Road N (to the west), Brussels, Wisconsin 54204.

Written by my great uncle, Hjalmar Rued Holand, Door County Historical Society (1933):
Wisconsin's Belgian community : an account of the early events in the Belgian settlement in northeastern Wisconsin with particular reference to the Belgians in Door County 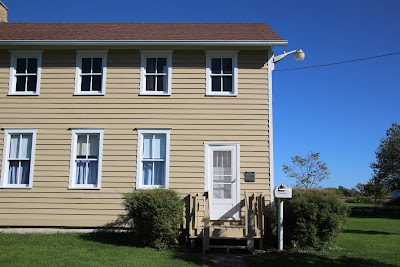 The marker is to the right of the entrance to the building. 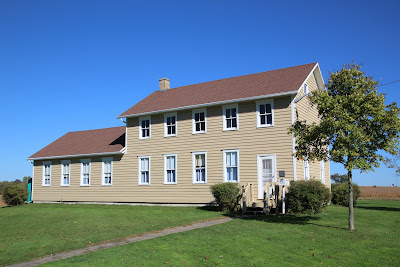 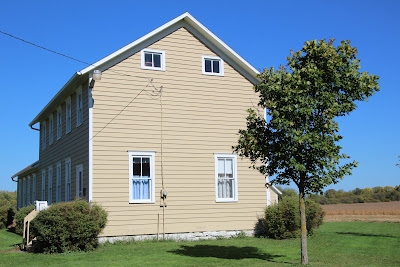 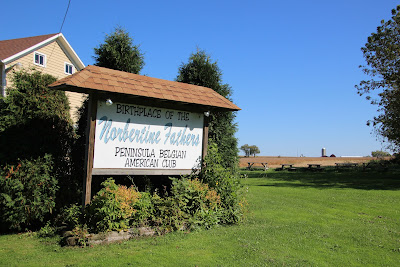 Still in the middle of rural farmlands . . . 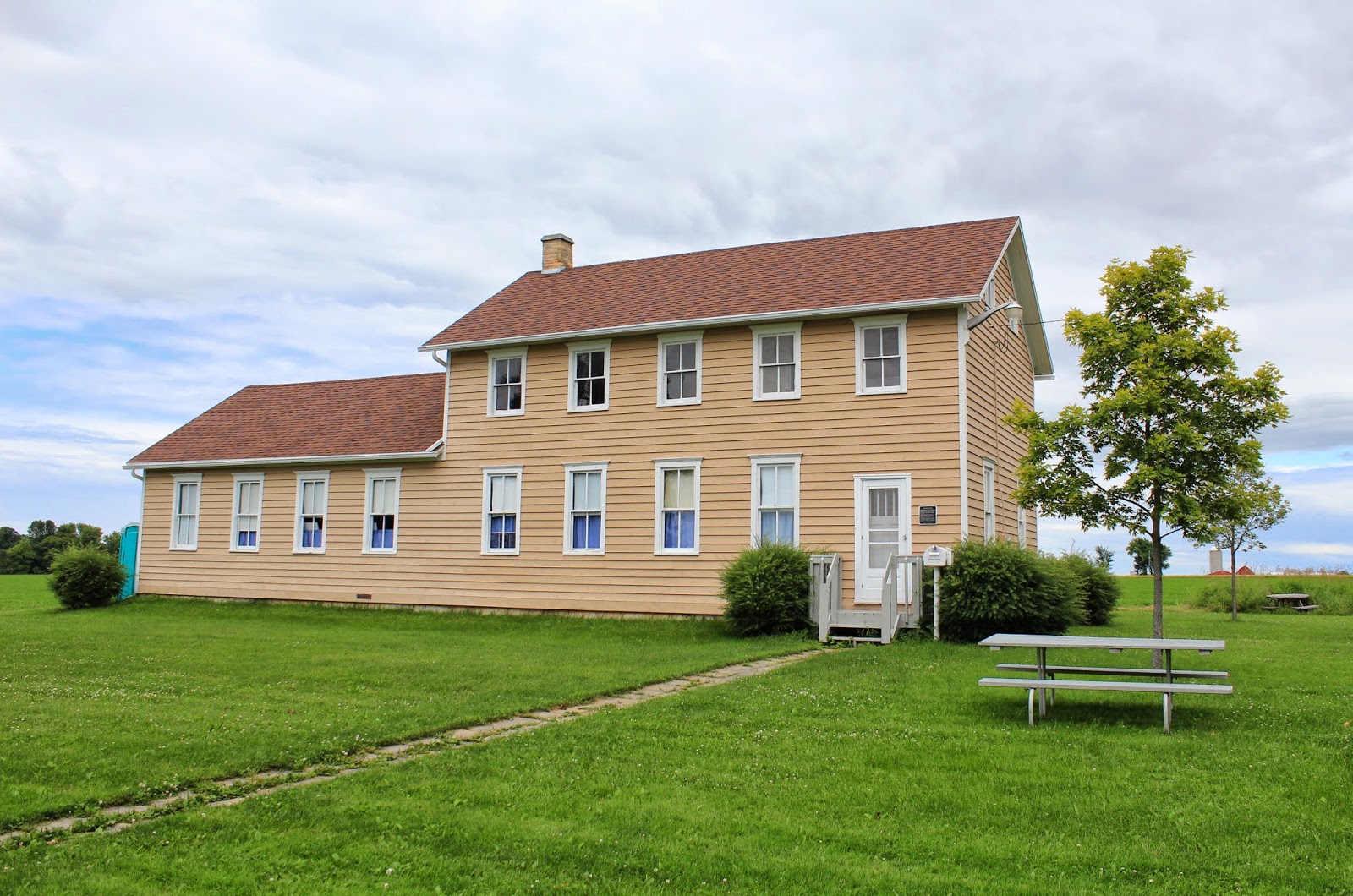 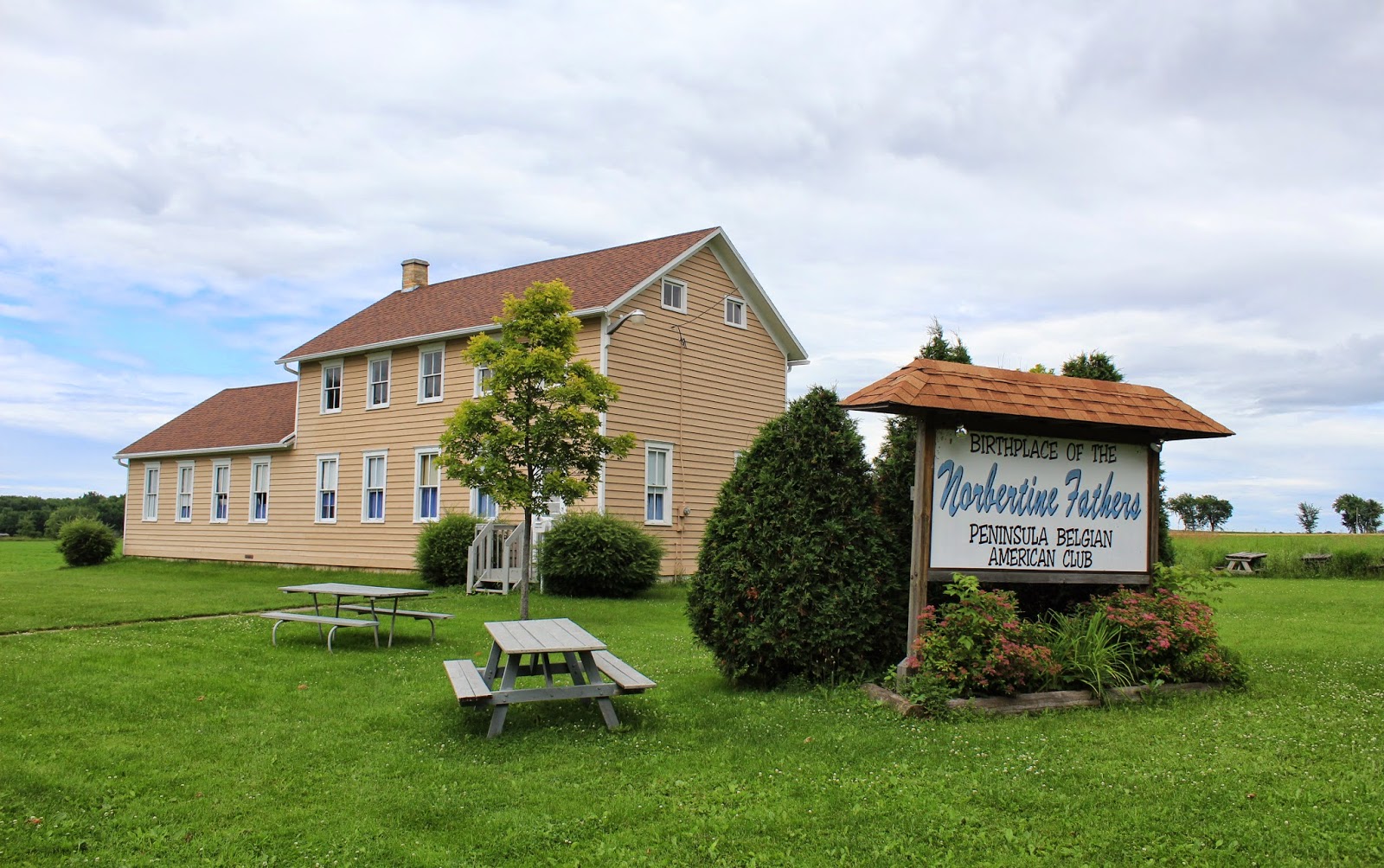 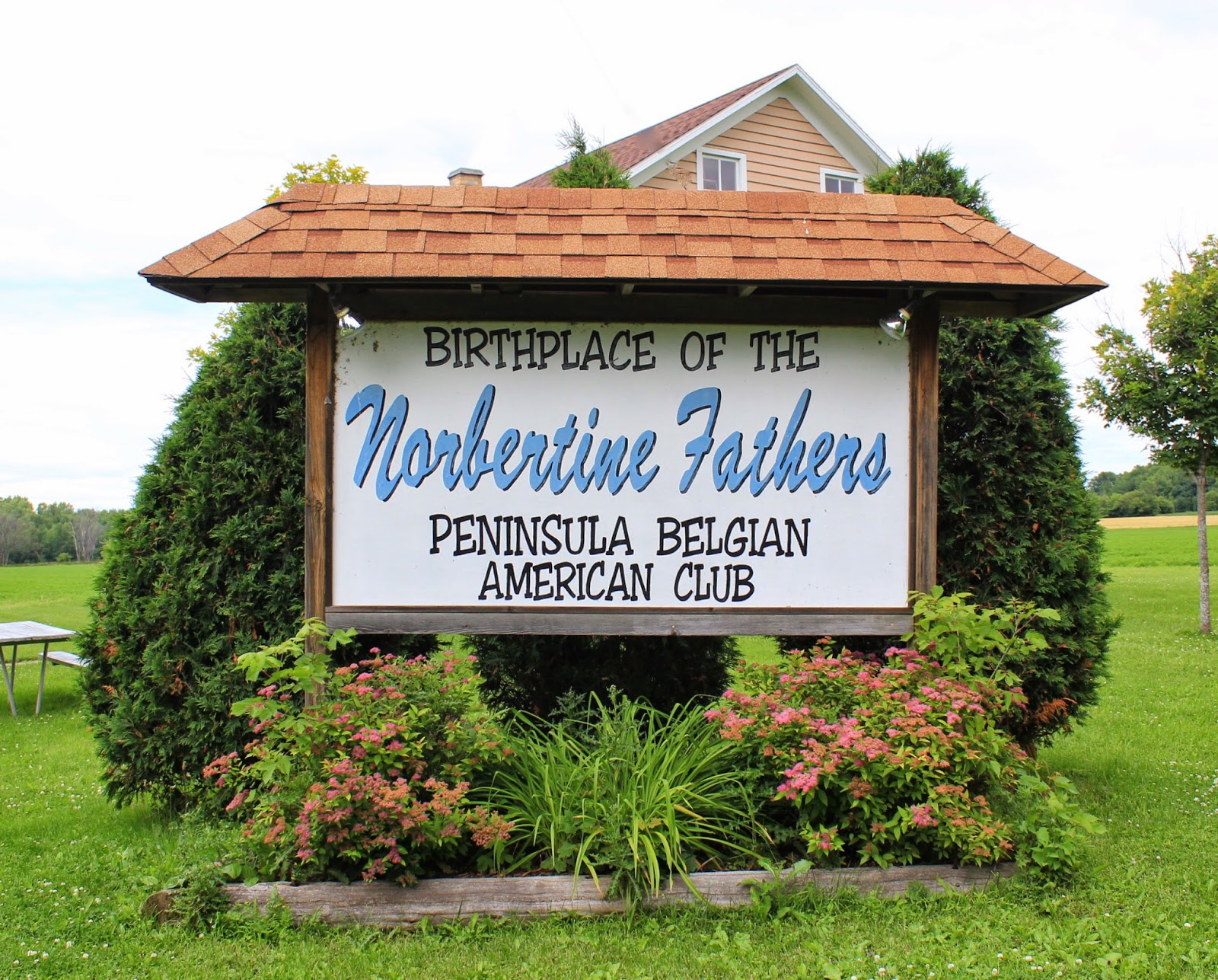 The location is also the Birthplace of the Norbertine Fathers. 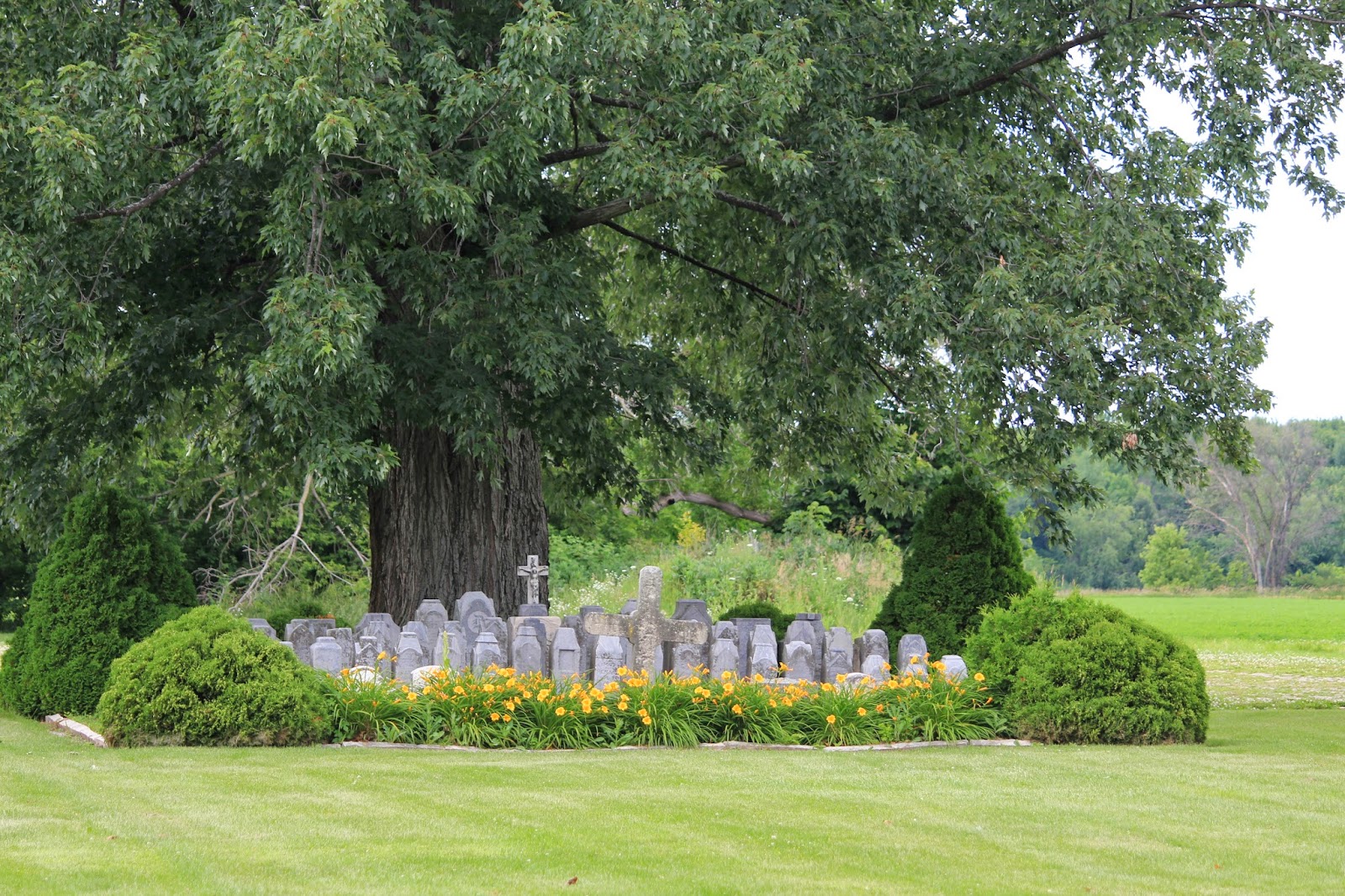 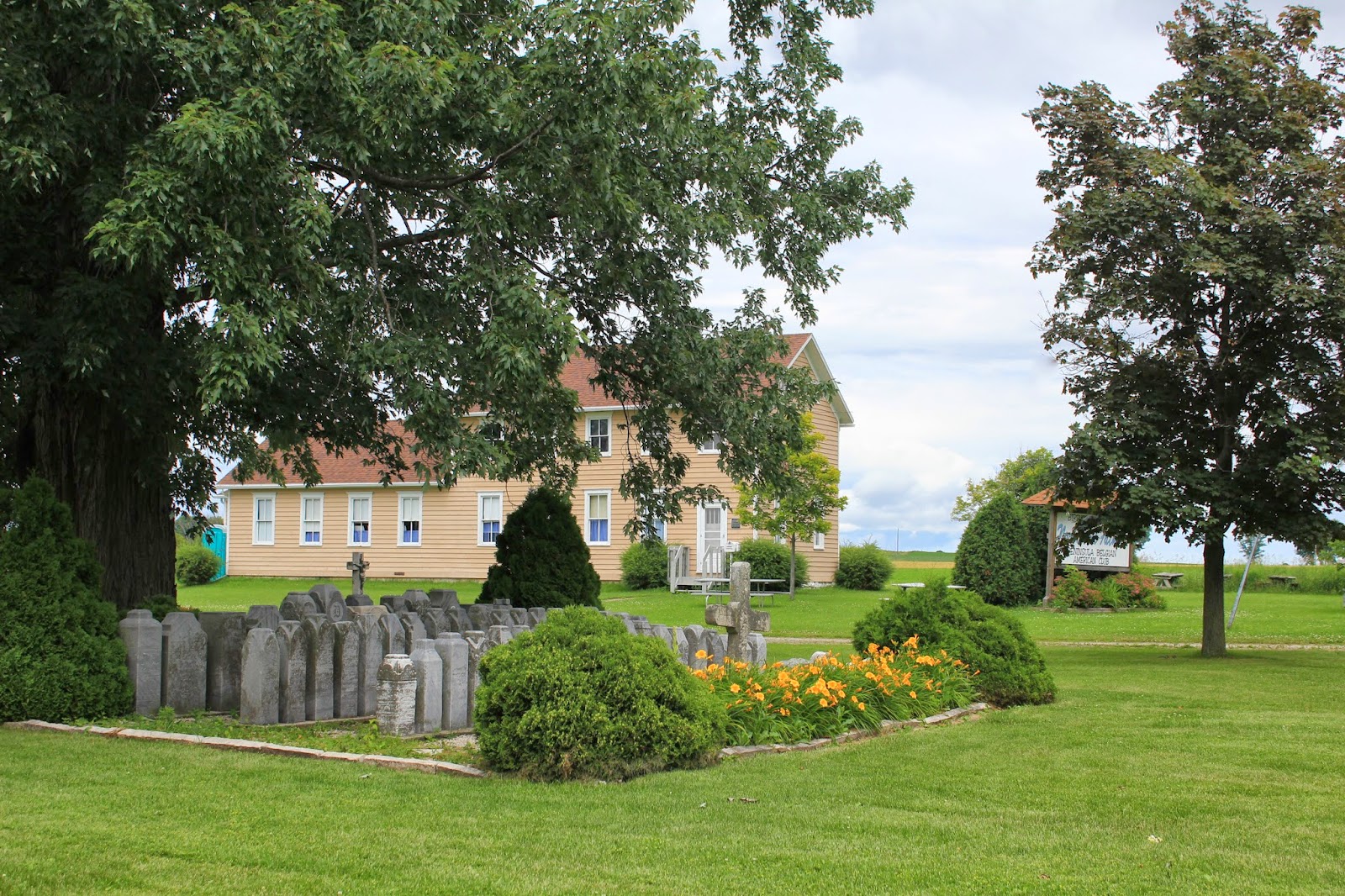 Looking northwest across the cemetery. 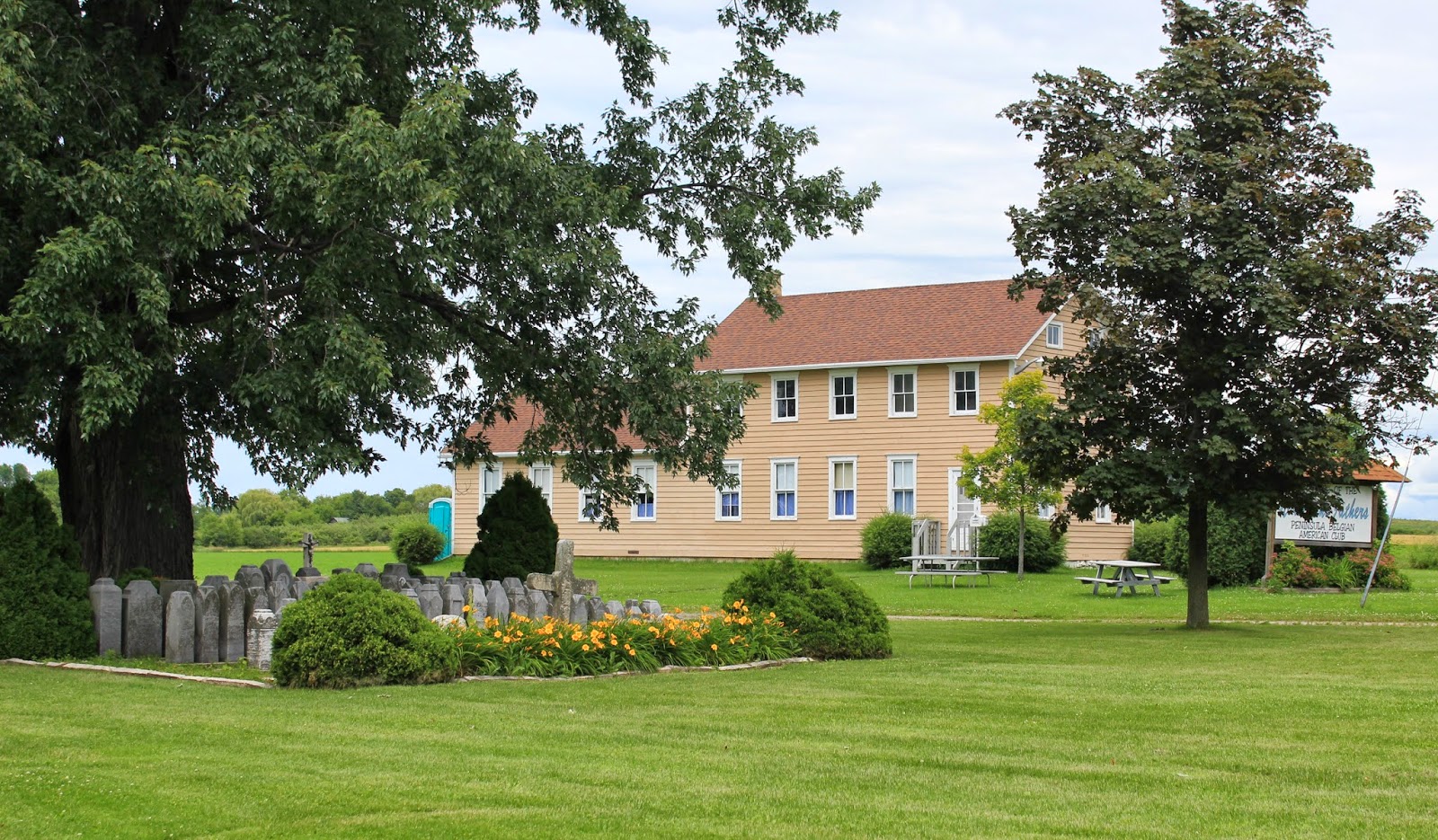 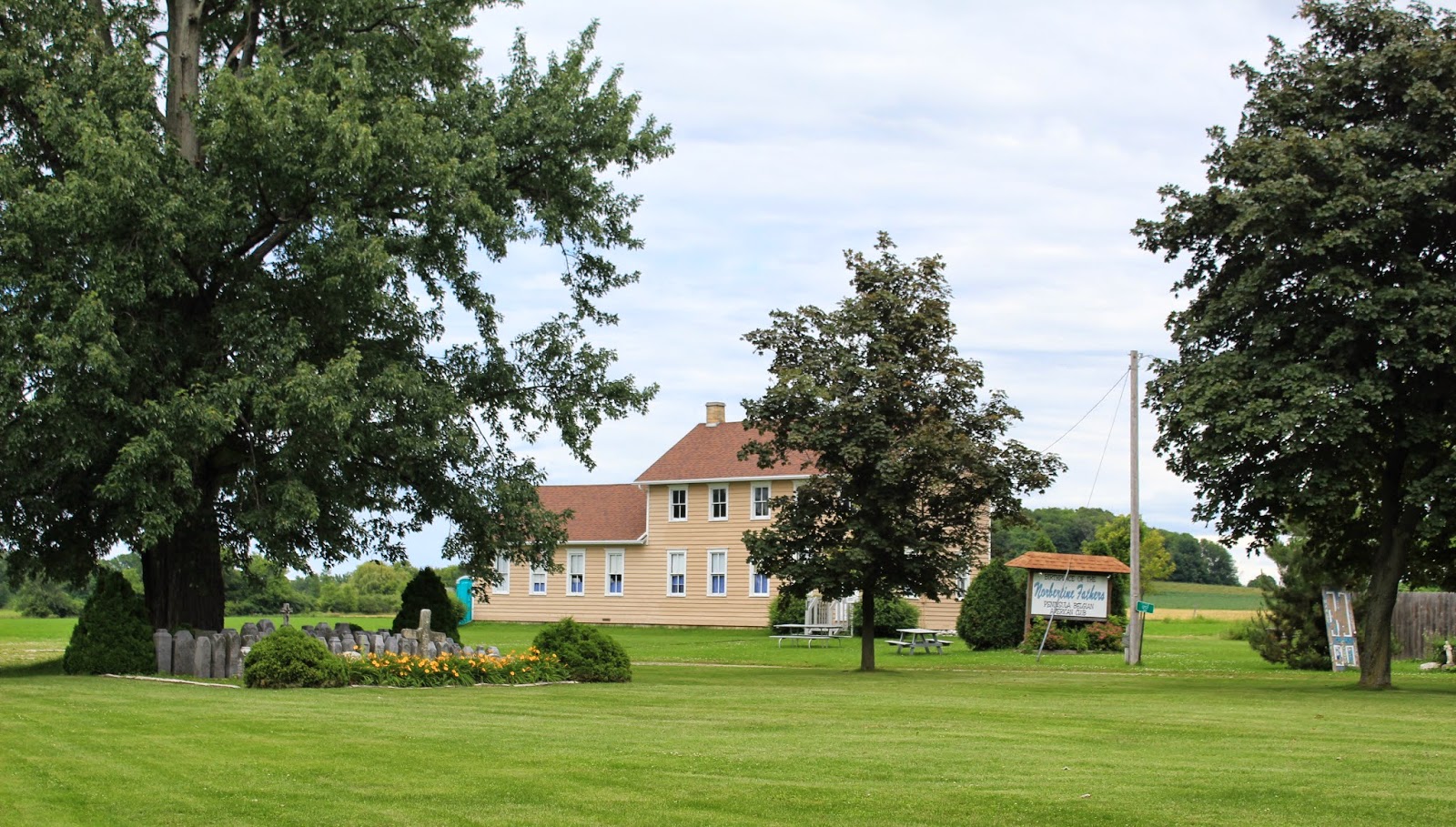 View from the main parking lot. 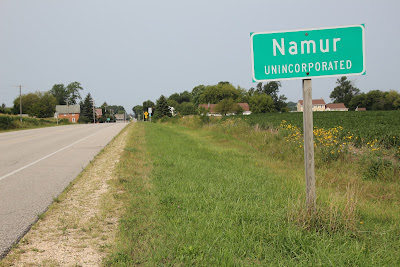 The marker and building are located in Namur, Wisconsin.