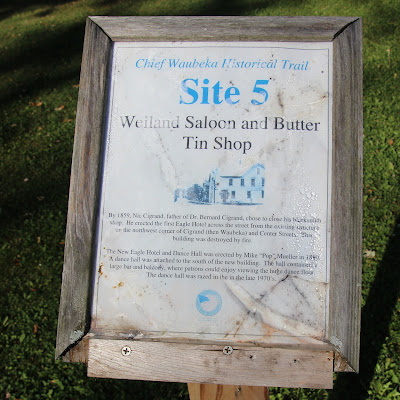 In 1859, Nic Cigrand, father of Dr. Bernard Cigrand, chose to close his blacksmith shop. He erected the first Eagel Hotel across the street from the existing structure on the northwest corner of Cigrand (then Waubeka) and Center Streets. This building was destroyed by fire

The New Eagle Hotel and Dance Hall was erected by Mile "Pop" Mueller in 1880. A dance hall was attached to the south of the new building. The hall contained a large bar and balcony, where patrons could enjoy viewing the large dance floor. The dance hall was razed in the late 1970's.

The marker is located at the Stony Hill Bar & Grill on southbound Cigrand Drive / County Highway H, at its intersection with Center Street, at N5423 Cigrand Drive, Waubeka, Wisconsin 53021. 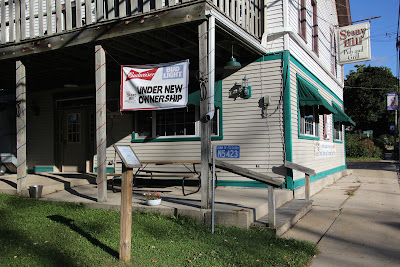 The small marker is on the top of the post. 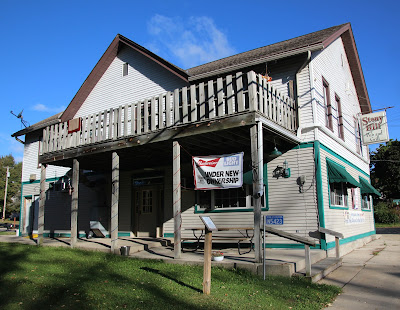 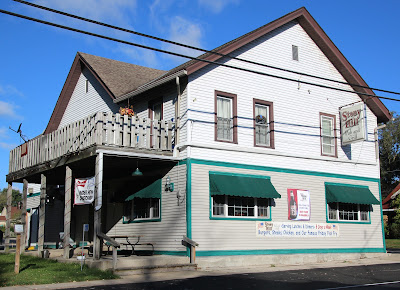 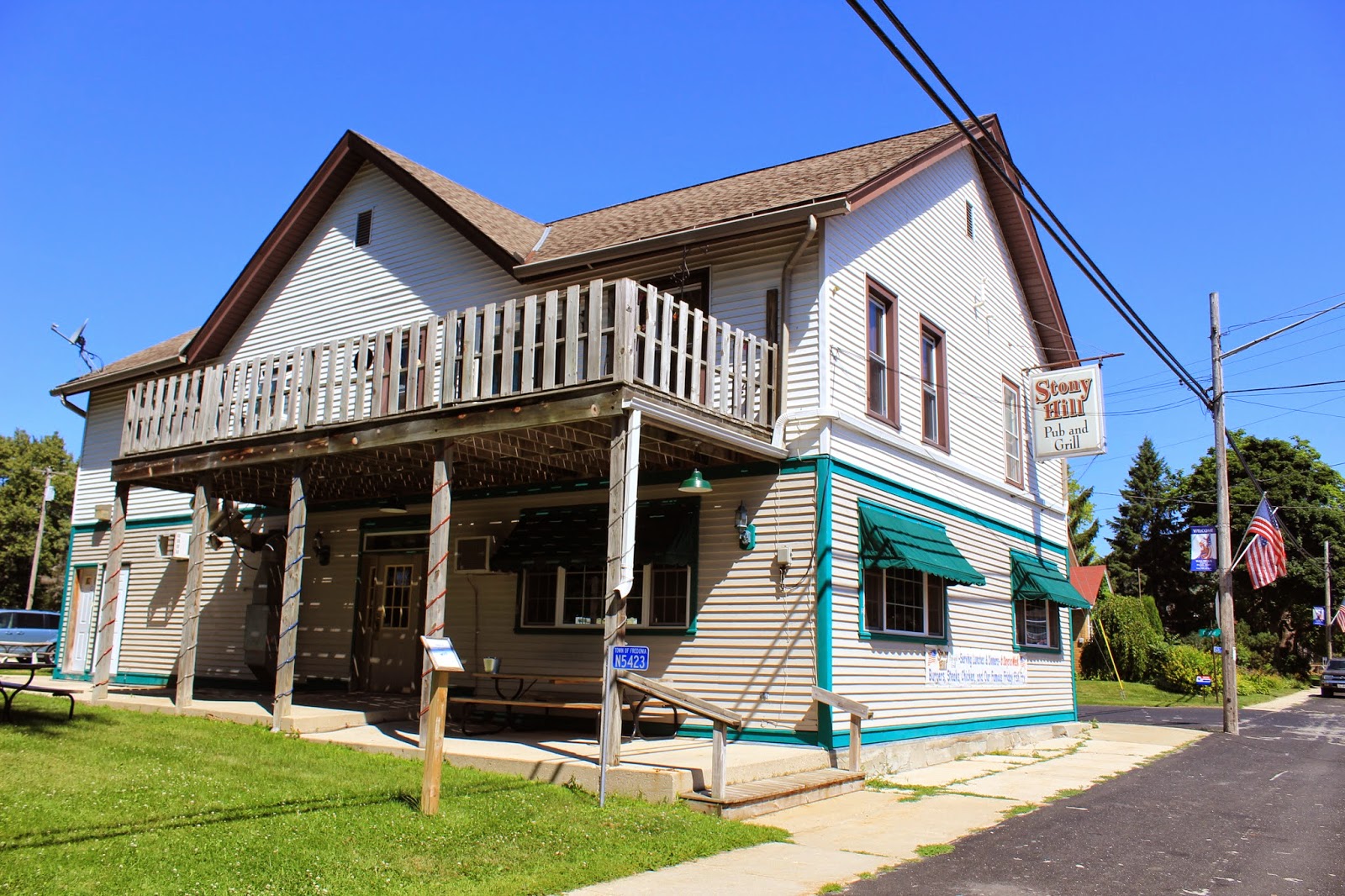 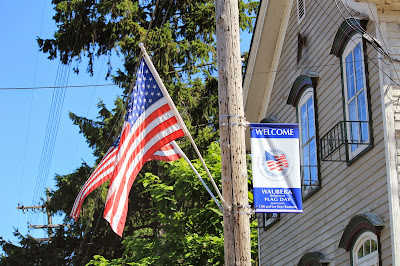 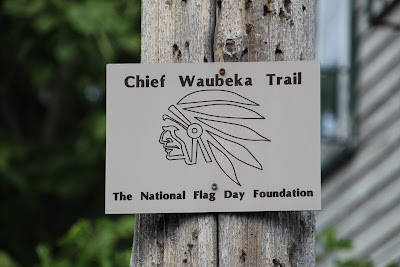 The saloon is located along the Chief Waubeka Trail. 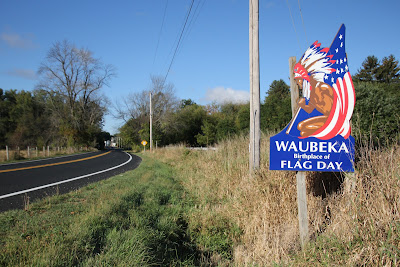