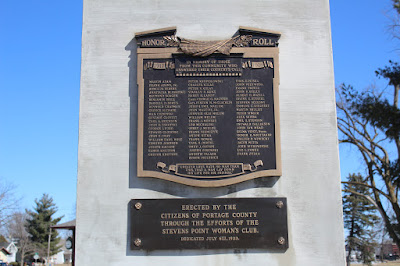 
In memory of those
from this community who
answered their country's call.

"Greater love hath no man than this, that a man lay down his life for his friends."

Erected by the
Citizens of Portage County
through the efforts of the
Stevens Point Woman's Club.
Dedicated July 6th, 1923.

The memorial is located at Veterans Memorial Park, at the intersection of Monroe Street and Division Street, Stevens Point, Wisconsin 54481.

In 1921 the city of Stevens Point purchased land just north and west of what is now known as the Church Street Underpass with the intention of using the land as a park. Soon after the Stevens Point Woman's Club started a drive to have the City Park Commission change the name to South Side Memorial Park to honor the men of Portage County who defended their nation. A monument was built featuring a bronze plaque bearing the names of the men killed in World War I and a flagpole rising up from its center. Initial plans included a bronze statue of a soldier prepared for battle, but this plan changed when it was decided by some of the members of the Women’s Club that a soldier ready for war was not suitable for a memorial that honored those who died in ‘the war to end all wars’.

The memorial was dedicated in July of 1923 and the only Admiral produced by Stevens Point, Rear Admiral Albert W. Grant, was the main speaker. Born in East Benton, Maine, he moved to Stevens Point with his parents when he was still a child. During WWI he served as Commander of the Atlantic Submarine Force, Commander of Battleship Force No. 1 of the Atlantic Fleet, and he commanded the U.S. fleet in the western Atlantic during the absence of Admiral Mayo. He was awarded the Distinguished Service Medal. In his speech, he praised the Stevens Point Women’s Club for their part in having the monument built. On November 11, 1926, a captured German howitzer was dedicated on the park grounds. During WWII it was donated to a scrap drive and was eventually replaced by a [post] Civil War cannon.

Used with gracious and generous permission. 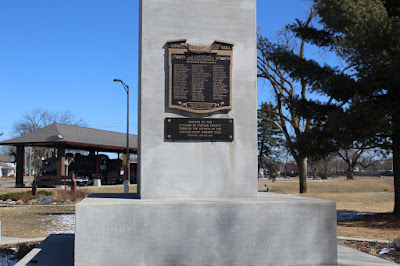 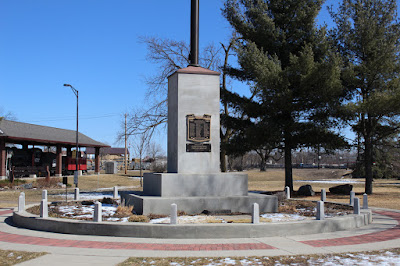 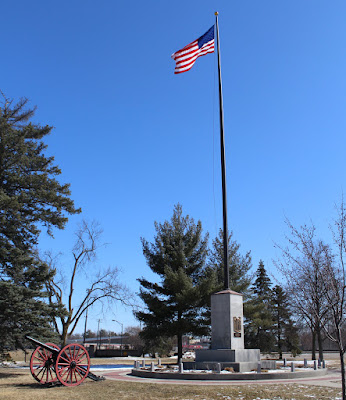 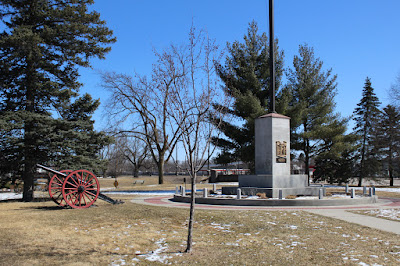 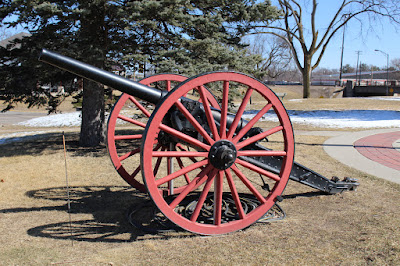 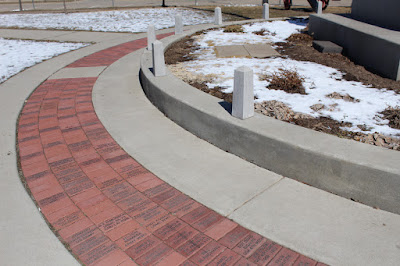 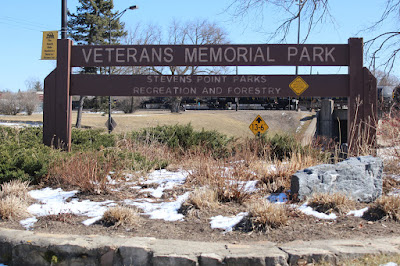 The memorial is located at Veterans memorial Park.