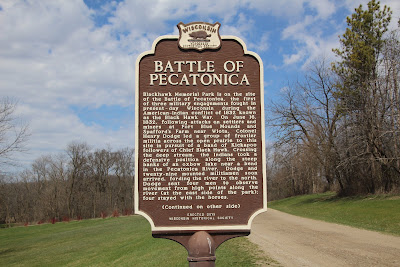 Blackhawk Memorial Park is on the site of the Battle of Pecatonica, the first of three military engagements fought in present-day Wisconsin during the American-Indian conflict of 1832, known as the Black Hawk War. On June 16, 1832, following attacks on settlers and miners at Fort Blue Mounds and Spafford’s Farm near Wiota, Colonel Henry Dodge led a group of frontier militia across the open prairie to this site in pursuit of a band of Kickapoo followers of Chief Black Hawk. Crossing the deep stream, the Indians took a defensive position along the steep banks of an oxbow lake near a bend in the Pecatonica River. Dodge and twenty-nine mounted militiamen soon arrived, fording the river to the north. Dodge sent four men to observe movement from high points along the river (at the east side of the park); four stayed with the horses.

The others moved through swamps to some timber, getting within thirty yards before the Kickapoo reportedly commenced firing. At Dodge’s command, the militia charged and engaged in hand-to-hand combat. After only a few minutes, all seventeen Kickapoo perished. Three frontiersmen were mortally wounded, and one was slightly injured. Dodge’s decisive victory at this brief skirmish boosted morale among settlers in the Lead Mining Region nd U.S. soldiers in pursuit of Black Hawk’s band of Sac, Fox, and Kickapoo. The war ended forty-seven days later following the Battles of Wisconsin Heights (Dane County) and Bad Axe (Vernon County). The end of the conflict opened southern Wisconsin to increased settlement by farmers and miners. The Pecatonica battlefield site was listed on the State and National Registers of Historic Places in 2011.


An historical event took place on Sunday, June 16 at Black Hawk Memorial Park in Woodford that those who attended will not soon forget. The Pecatonica Battlefield, at the site of the park, was dedicated as a [sic] historical place. 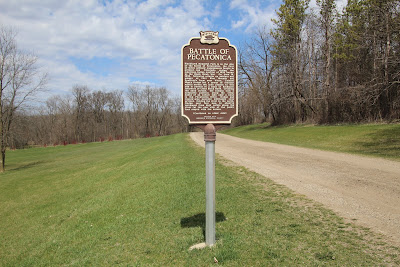 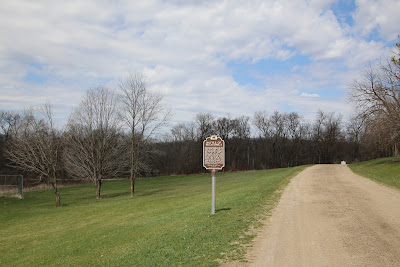 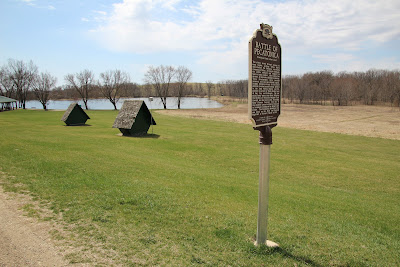 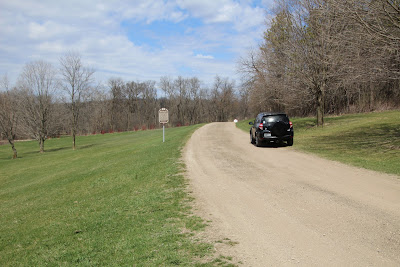 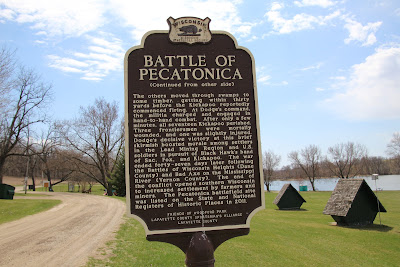 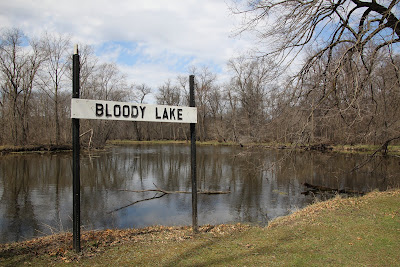 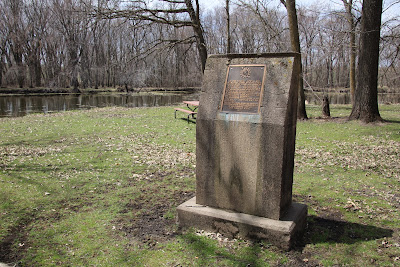 See also, The Battle of the Pecatonica, also at this location. 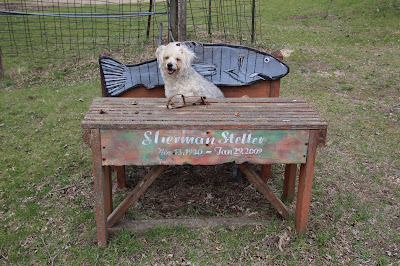 Photo op at the park. 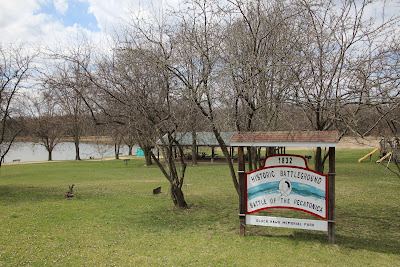 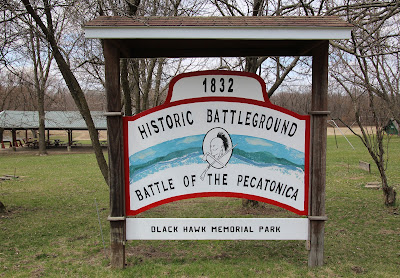 The marker is located at Black Hawk Memorial Park. Chief Black Hawk (1837)
This media file is in the public domain;
click here for more information. 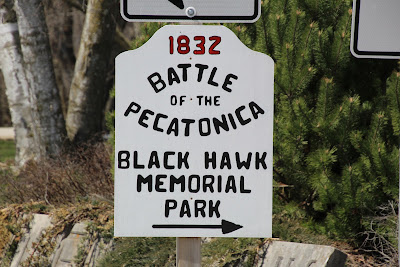 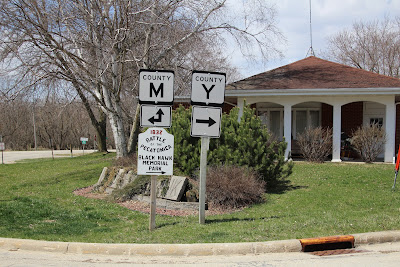 
This marker and site are featured in the Little Wisconsin
community of Wiota.
Click here for more information.