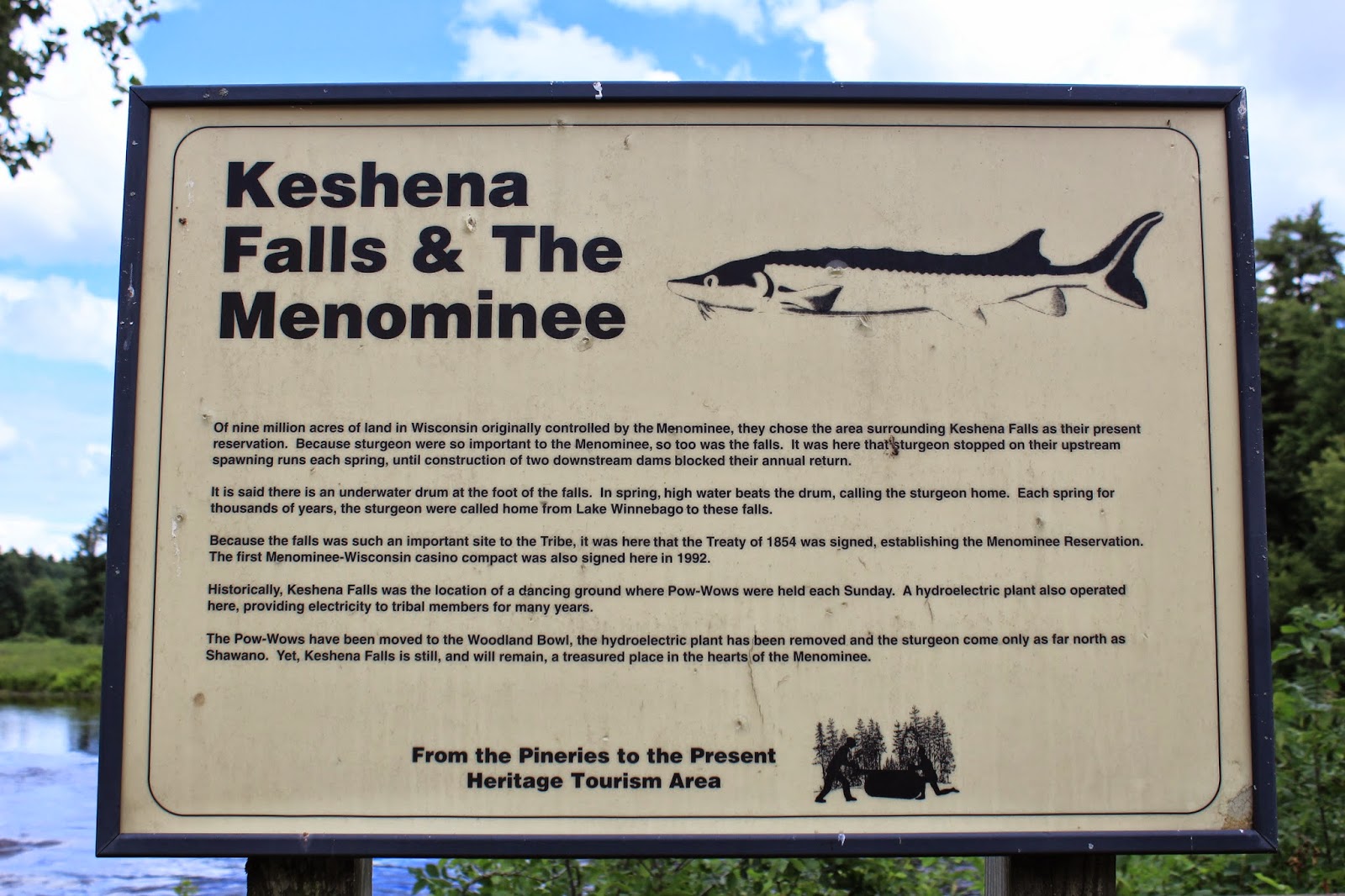 Of nine million acres of land in Wisconsin originally controlled by the Menominee, they chose the surrounding Keshena Falls as their present reservation. Because sturgeon were so important to the Menominee, so too was the falls. It was here that sturgeon stopped on their upstream spawning runs each spring, until construction of two downstream dams blocked their annual return.

It is said there is an underwater drum at the foot of the falls. In spring, high water beats the drum, calling the sturgeon home. Each spring for thousands of years, the sturgeon were called home from Lake Winnebago to these falls.

Because the falls was such am important site to the Tribe, it was here that the Treaty of 1854 was signed, establishing the Menominee Reservation. The first Menominee-Wisconsin casino compact was also signed here in 1992.

Historically, Keshena Falls was the location of a dancing ground where Pow-Wows were held each Sunday. A hydroelectric plant also operated here, providing electricity to tribal members for many years.

The Pow-Wows have been moved to the Woodland Bowl, the hydroelectric plant has been removed and the sturgeon come only as far north as Shawano. Yet, Keshena Falls is still, and will remain, a treasured place in the hearts of the Menominee.

The marker is located near a bridge crossing the Wolf River on BIA Route 300 / Keshena Falls Road, just west of its intersection with Wisconsin Route 55, Keshena, Wisconsin 54135.

This site is sacred, historical, and beautiful beyond description -- "a treasured place in the hearts of the Menominee." My photos do not do it justice. 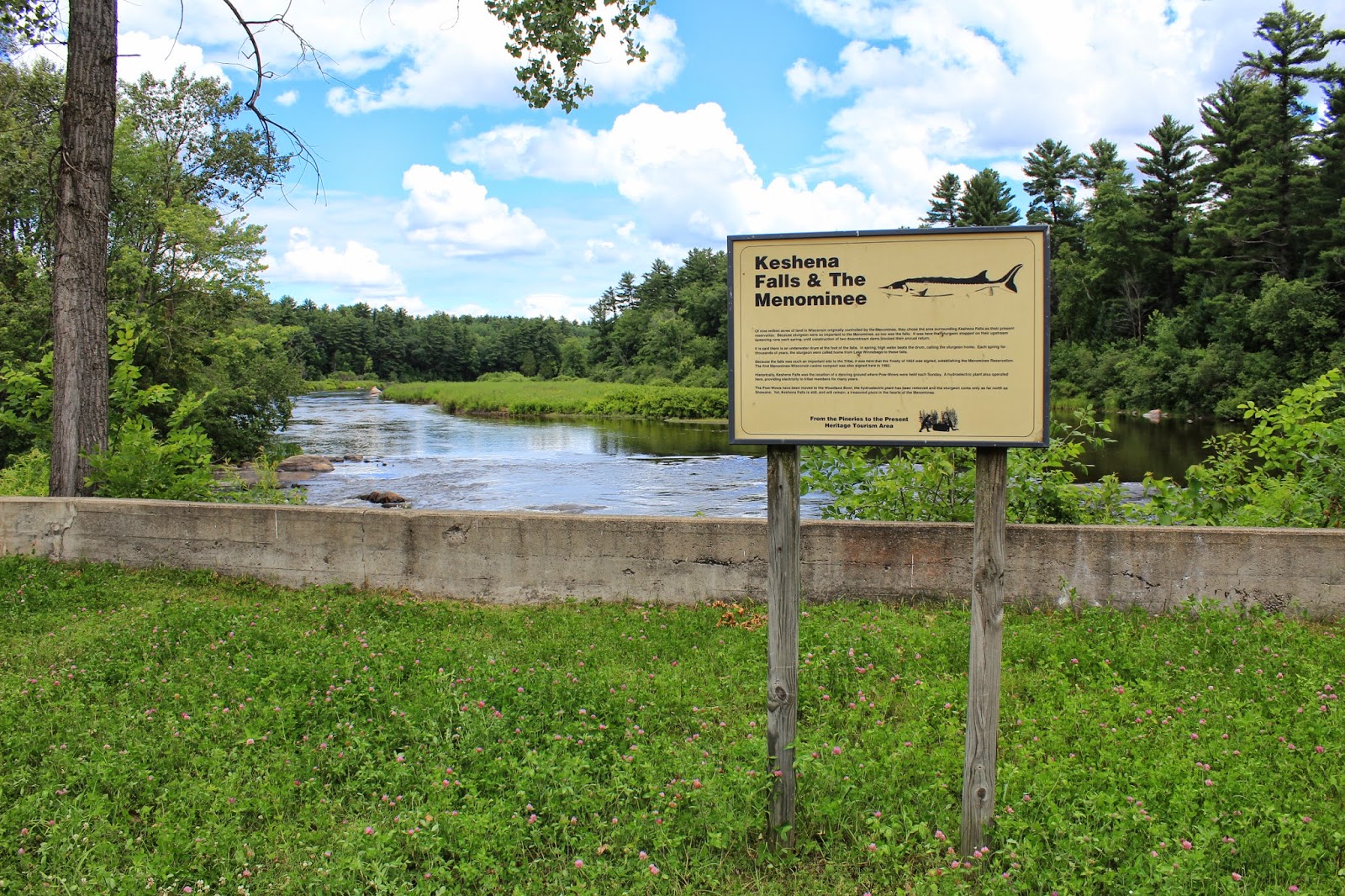 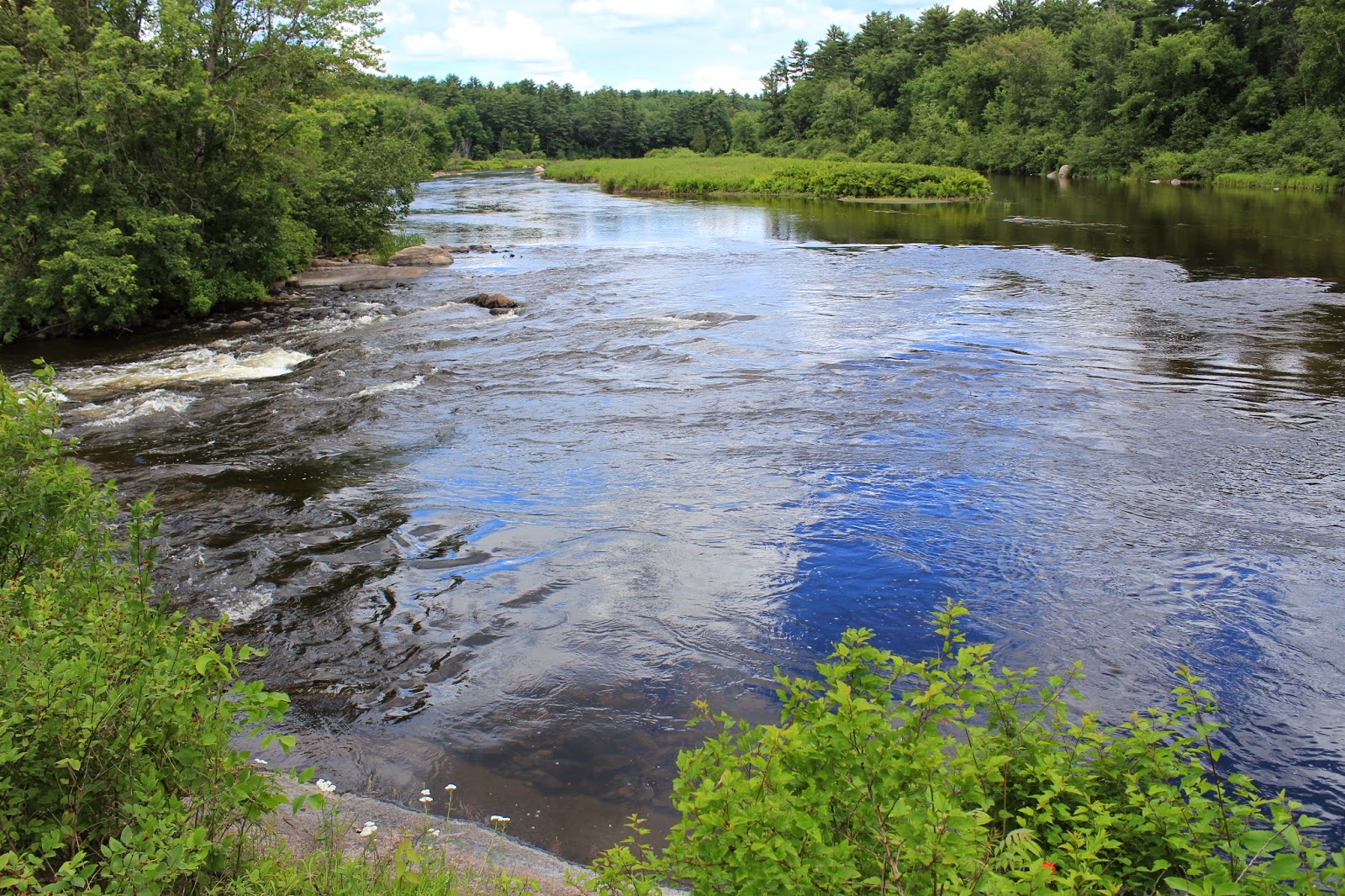 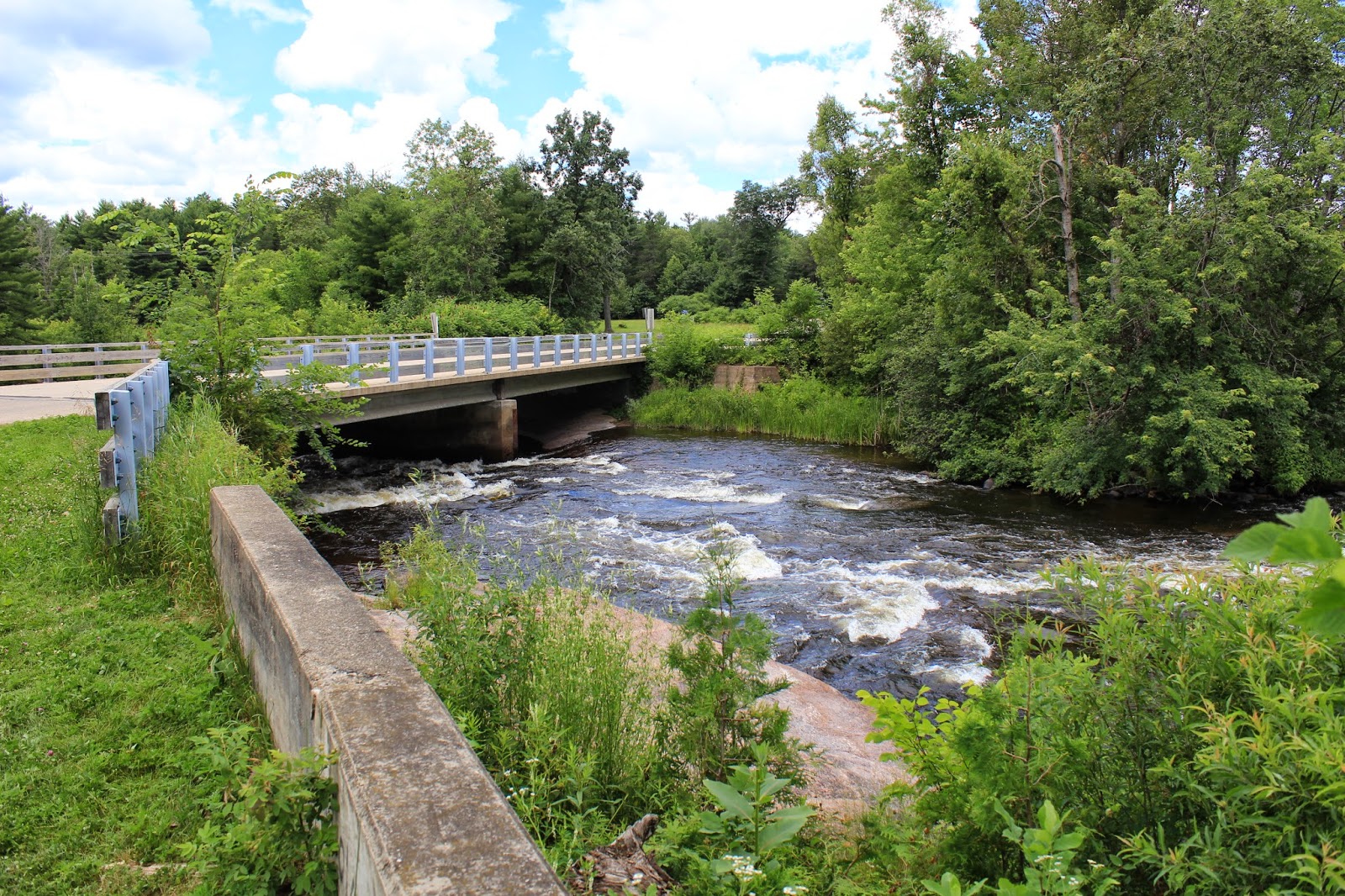 The view from the marker location. 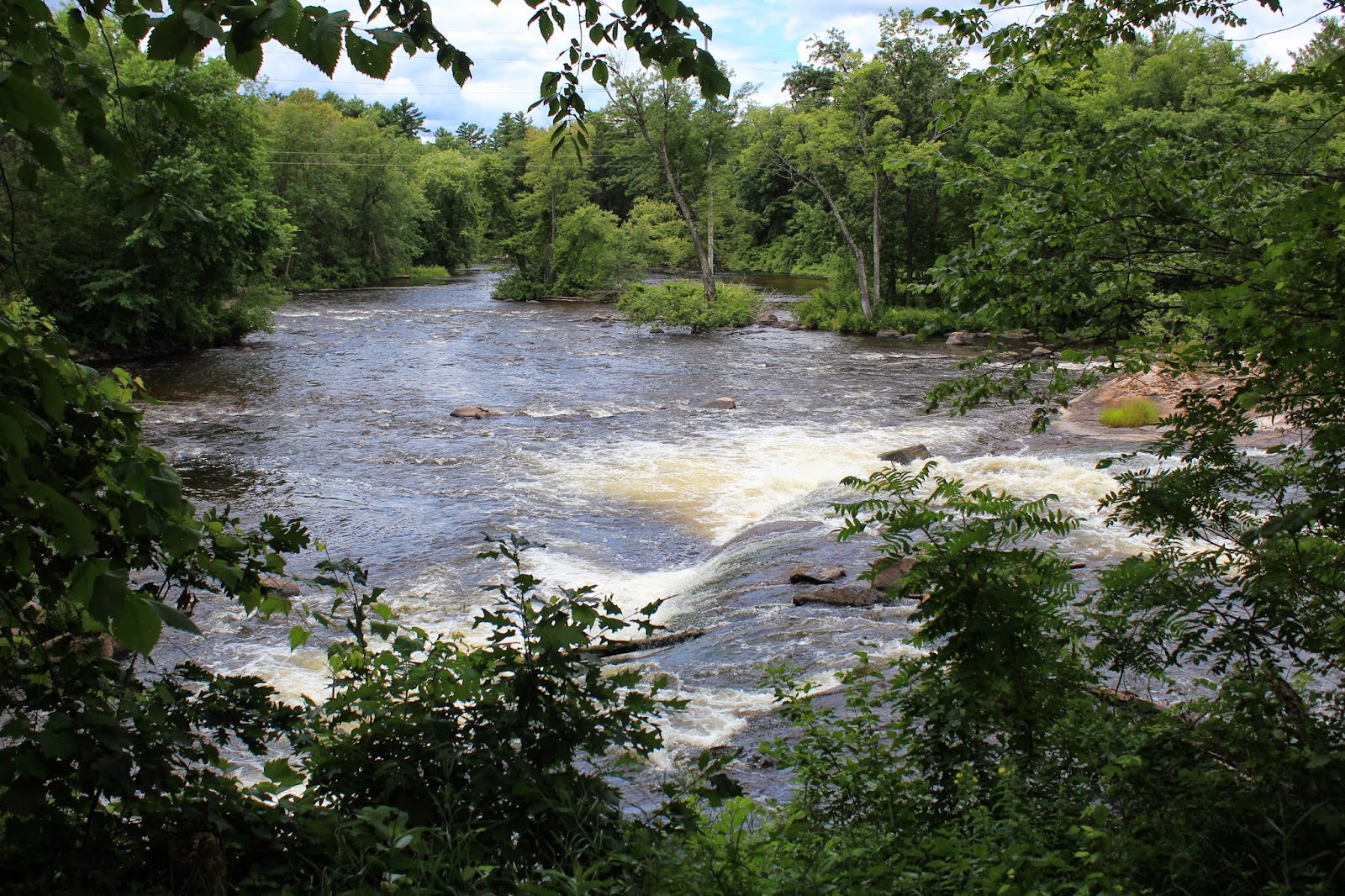 View from the other side of the bridge from the marker location. 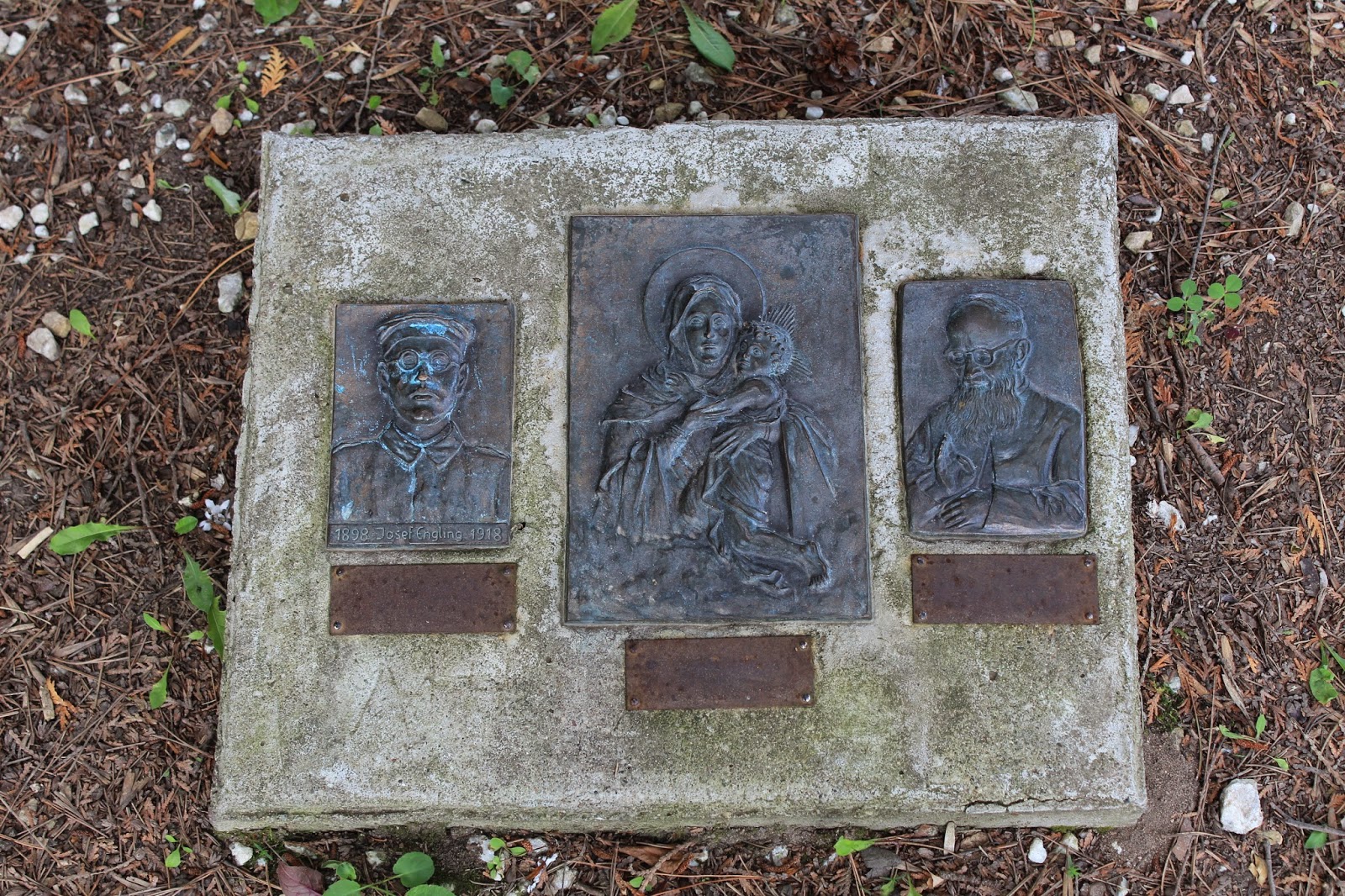 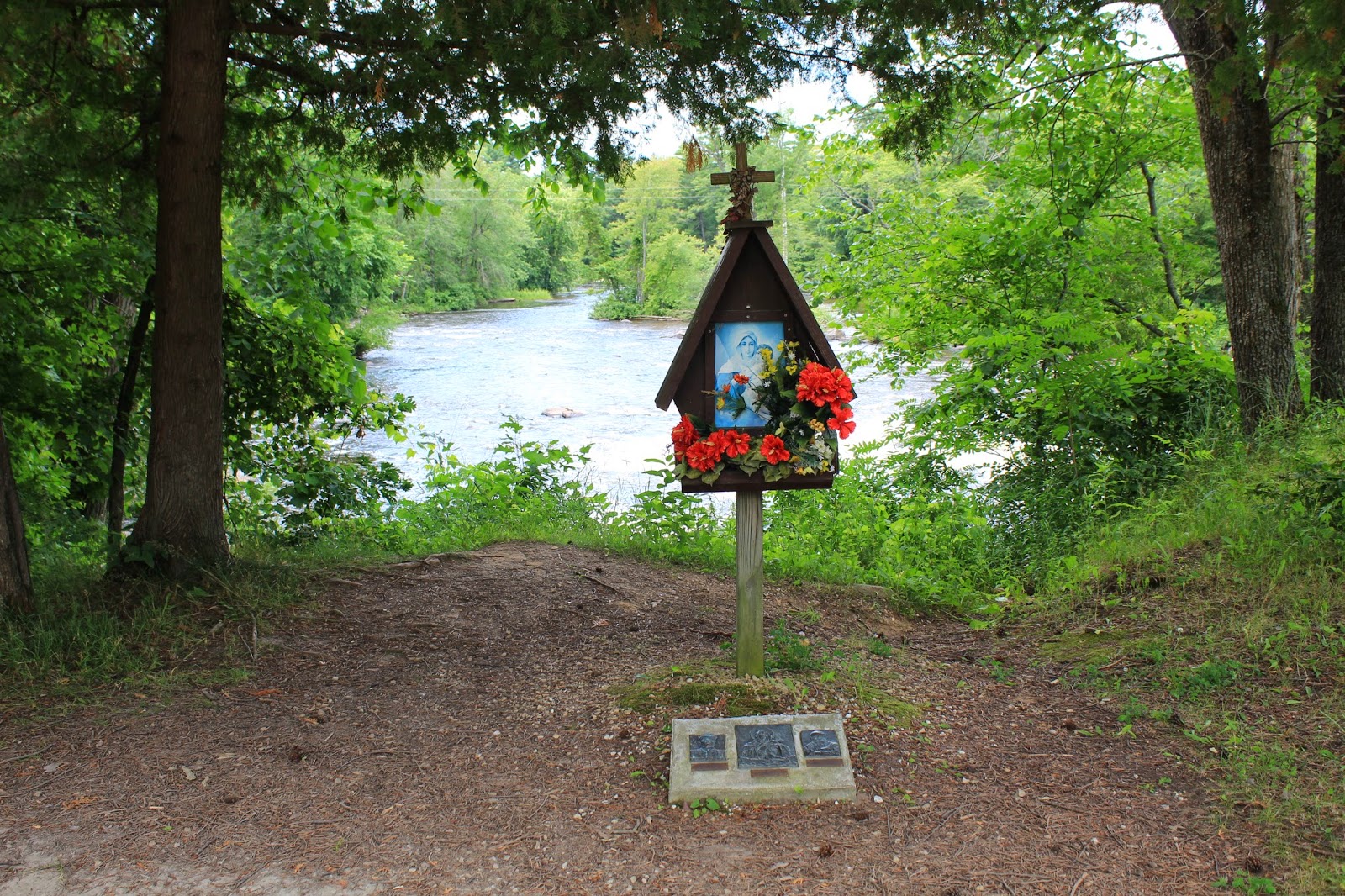 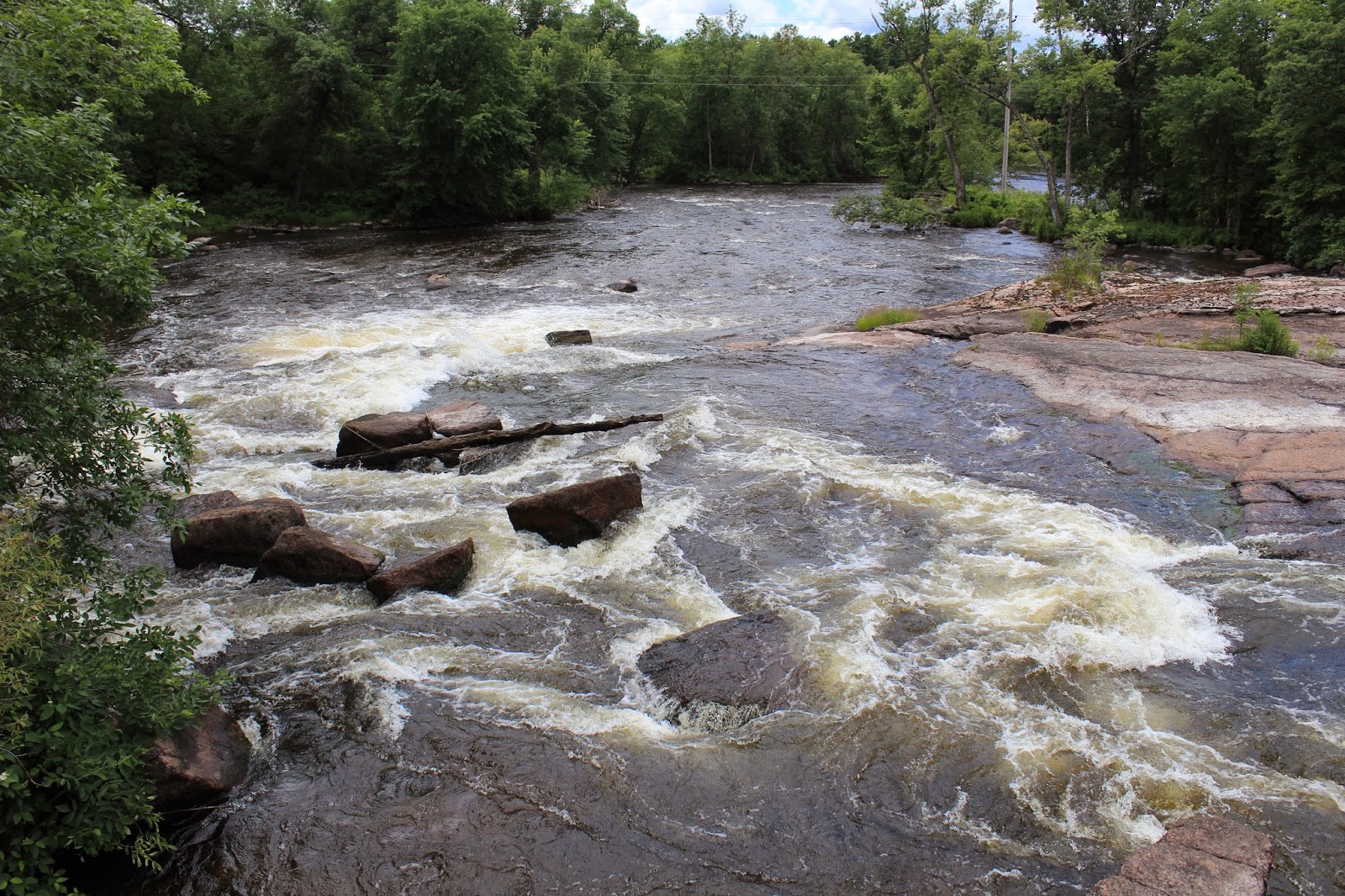 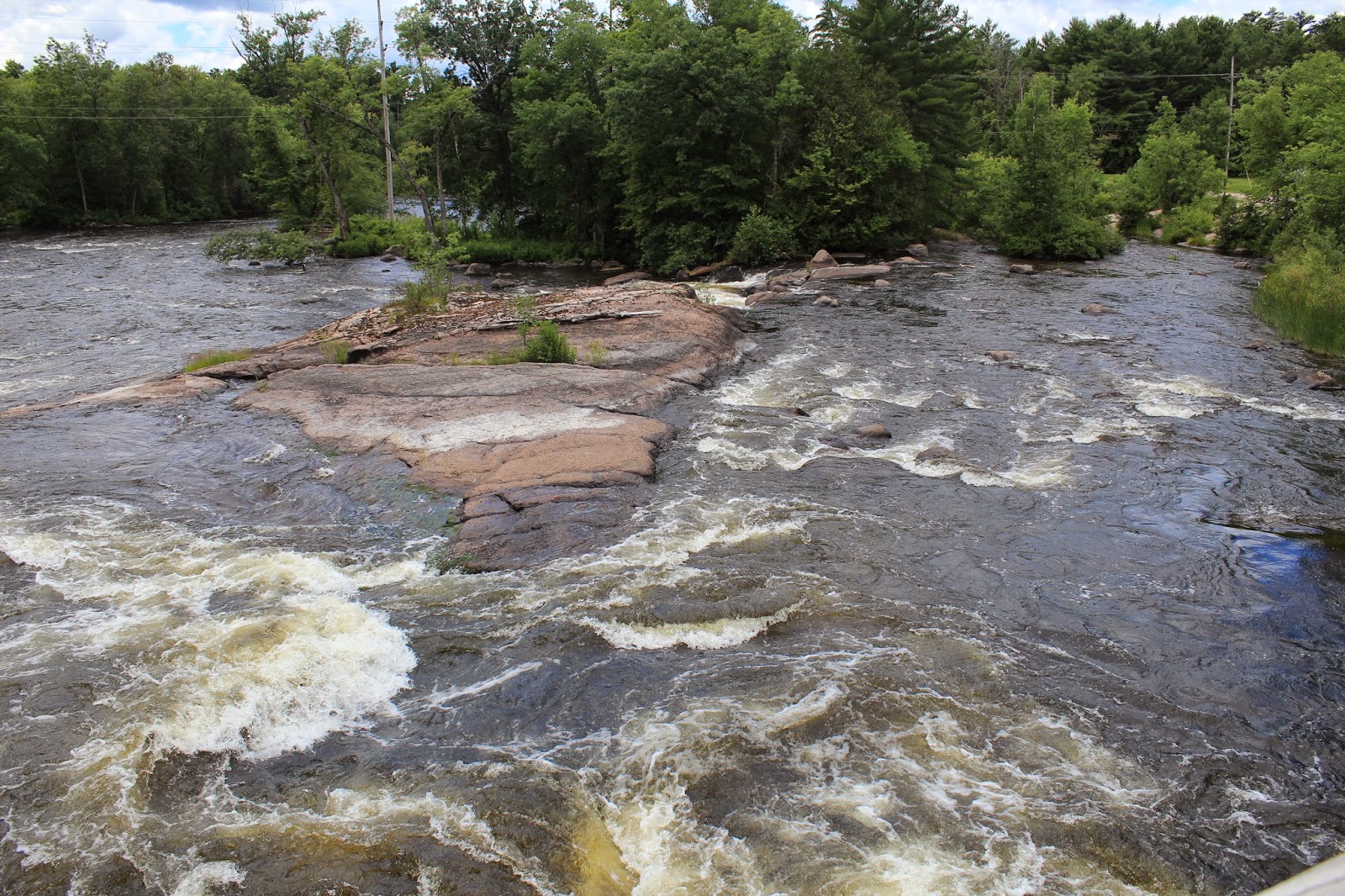 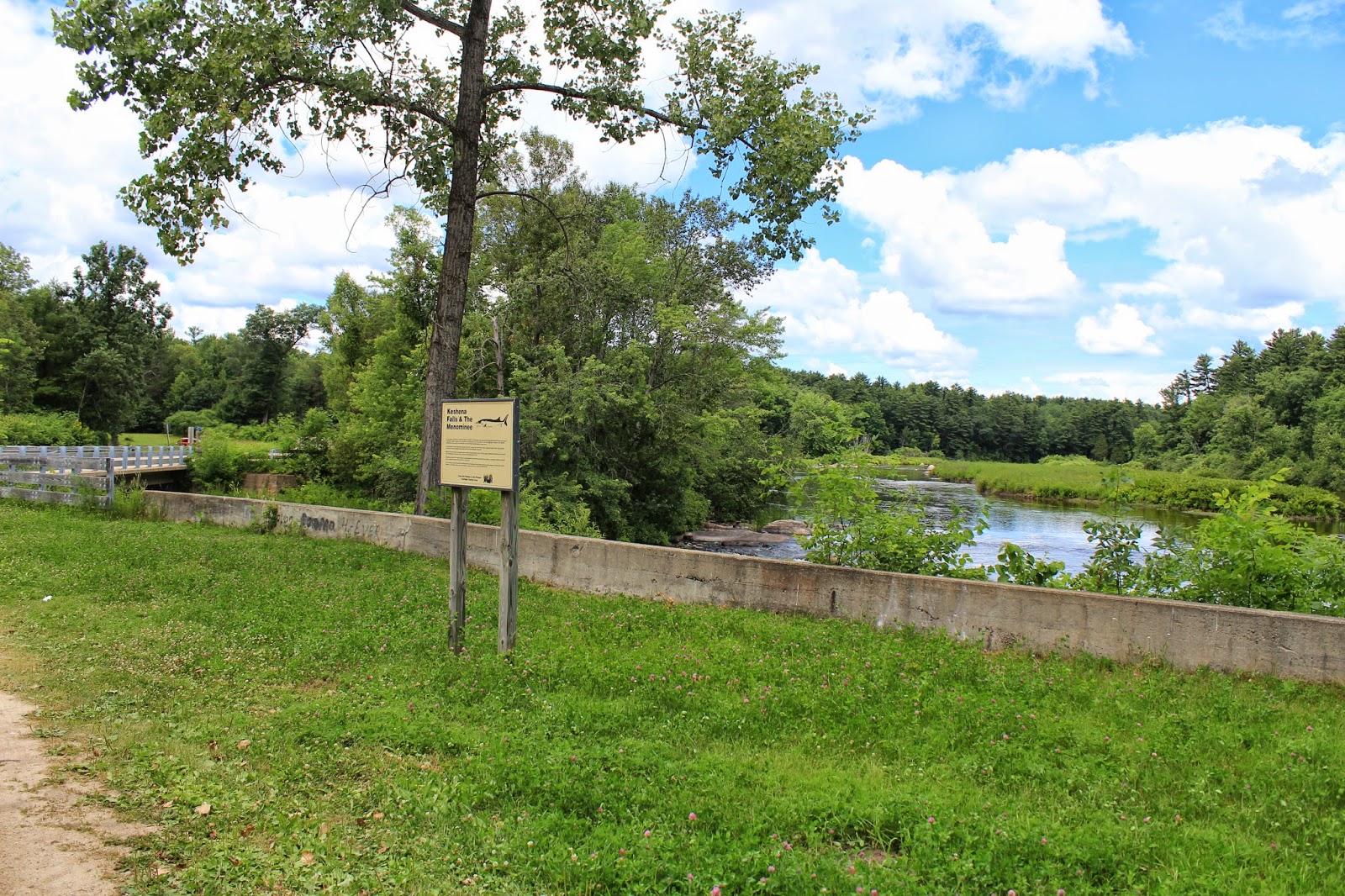 This is a beautiful place!