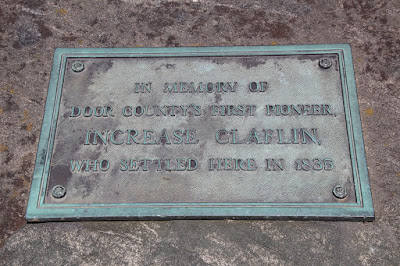 On July 7, 1935, a centennial festival was held in honor of Increase Claflin. More than 3,000 people attended the event, held here at the marker's location. This little piece of land was donated to the Door County Historical Society by Mr. Charles Gustafson. The granite boulder, weighing 17,000 pounds, was placed here by the historical society specifically to serve as a base for the bronze marker. The marker was unveiled at the festival celebration.

The address of welcome was offered by my great-uncle, H.R. Holand, President of the Door County Historical Society, followed immediately by the dedication and unveiling of the Claflin monument by Judge H. M. Ferguson, assisted by James M. Thorp and May Chambers, descendants of Increase Claflin of the fifth and sixth generations.

Also was the presentation of a one-act play entitled "A Powder Keg Peace", written by H. R. Holand and directed by Kenneth W. Greaves. The play re-enacts scenes from the life of Increase Claflin.

Until I prepared this post, I had no knowledge of my great-uncle's participation in the placement of this marker. 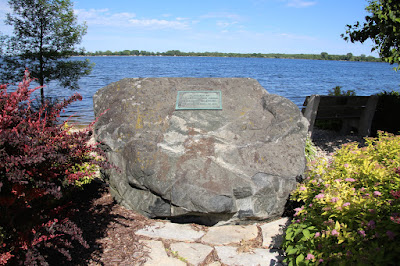 With a little piece of Little Sturgeon Bay visible in the background. 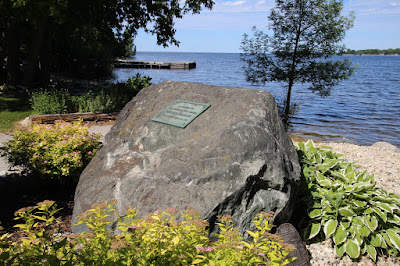 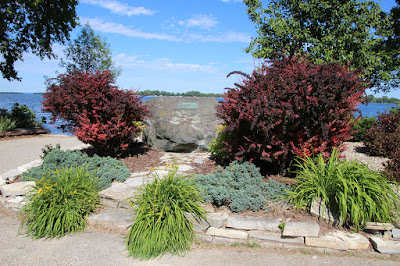 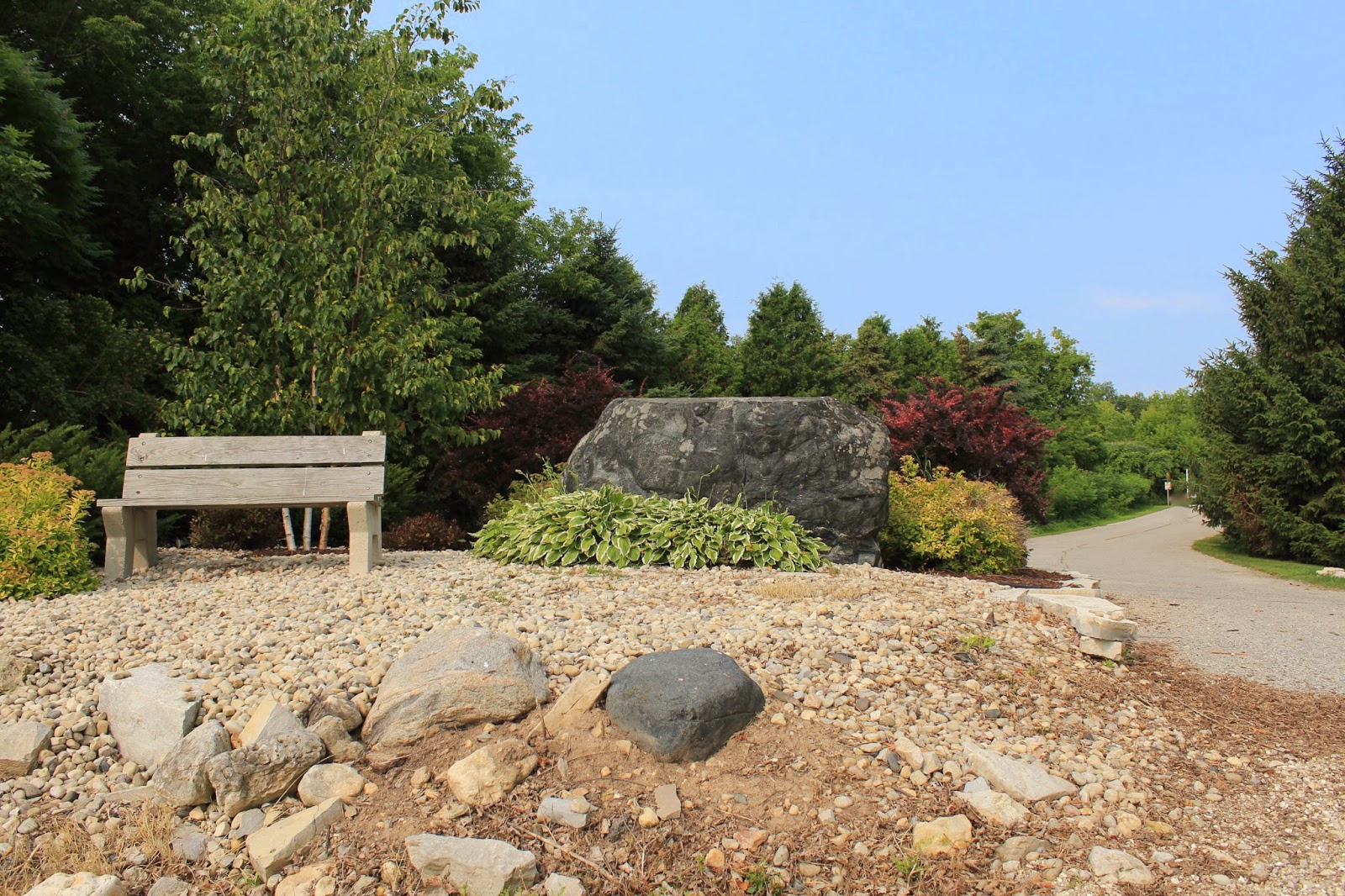 Looking west at the back of the massive boulder. 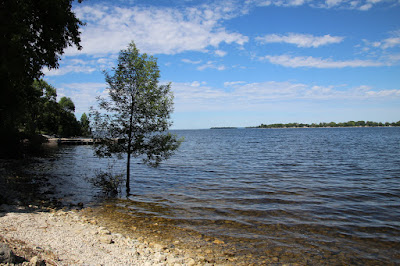 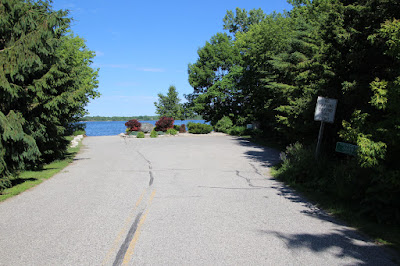 The marker at the dead end of Claflin Park Road. 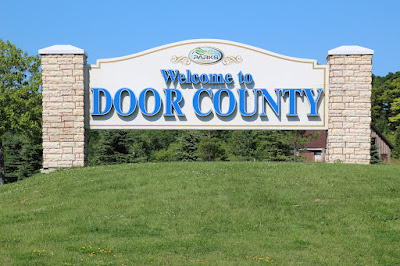 The marker is located in Door County, Wisconsin.